Related Reads
Culture
The Story Behind Oberon Day and The Release of One of Bell’s Most Popular Beers
Culture
How Roadhouse Brewing Co.’s New Seltzy Launch Is Redefining the Hard Seltzer Game
Culture
16 Queer-Led and Queer-Supporting Breweries to Champion Right Now
Share
Uncategorized

The seventh annual Chicago Craft Beer Week is finally upon us with the big kick off event, Beer Under Glass, tonight at the Garfield Park Conservatory. There’s no shortage of tastings, tap takeovers, and brewery events throughout Chicagoland to keep you entertained over the next eleven days, but unfortunately you can’t be everywhere at once. THR is here to help.

Everyone’s CCBW experience will be a little different and the sheer number of options can be intimidating. Below are the top 10 events we’re looking forward to throughout CCBW, ordered chronologically. Our list will help you plan your CCBW from BUG to Welles Park. Look for us at these events and many more as we experience as much Chicago beer as one can possibly consume in 11 days.

And be sure not to miss our very own event, Ultra Fresh Brews, Friday the 27th, at Bitter Pops in Lakeview. Try the freshest beer possible, from 15 Chicago breweries…all under one roof! 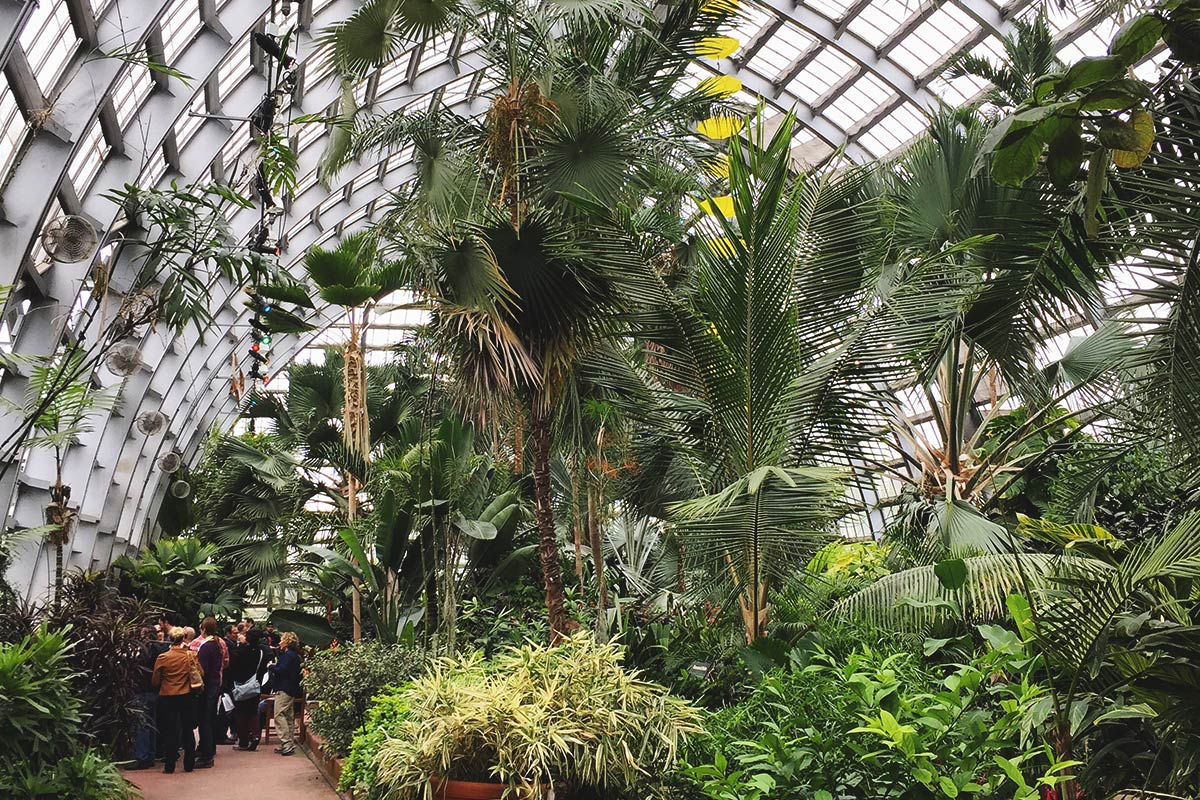 BUG has signaled the opening of CCBW since the week’s inception seven years ago and it’s just as unique and exciting as ever. Breweries always bring their top tier beers so you’re guaranteed to find plenty to drink you won’t have had before. There’s just something special about sipping a beer you’ve never had in the humidity of the beautiful Garfield Park Conservatory. If you make it to one CCBW event this year (other than Ultra Fresh Brews of course), make it to Beer Under Glass. 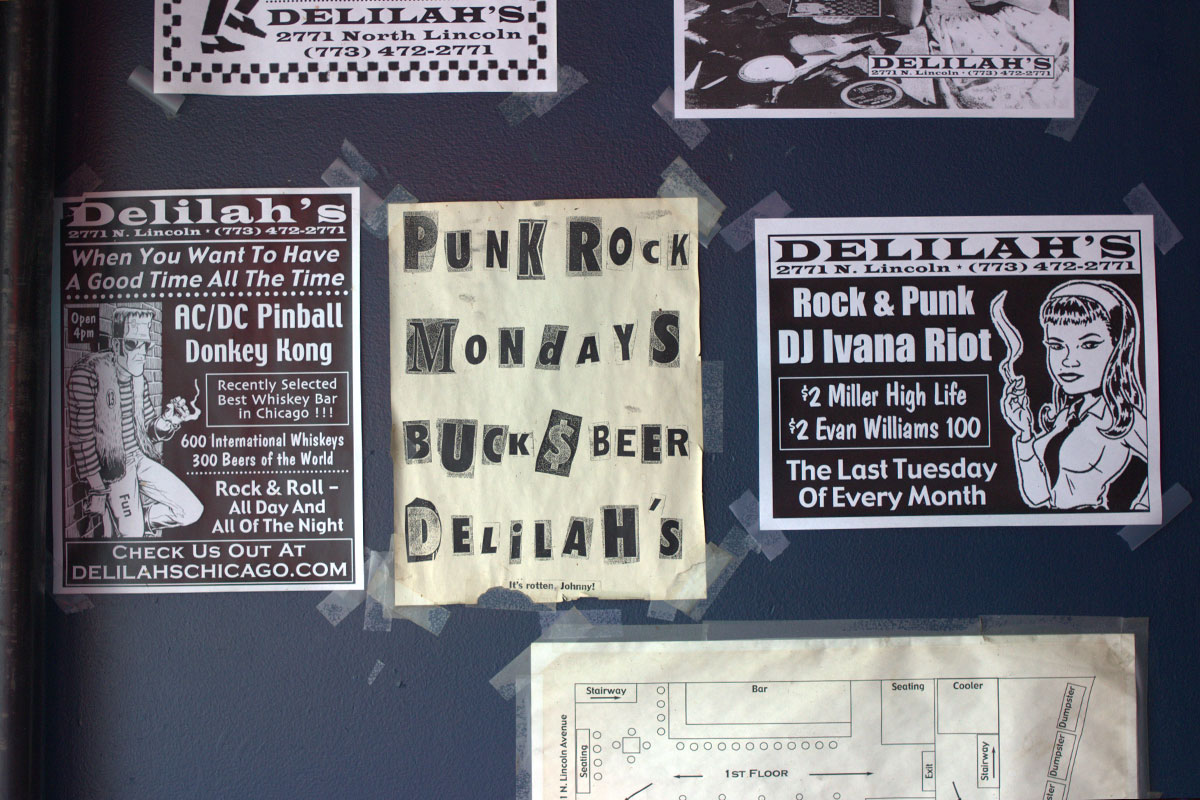 While you may know Delilah’s best for their incredible whiskey selection, there is plenty of great beer to be had in this classic neighborhood bar. Sour Fest is the perfect way for you to explore the booming sour style and sample your way through the vast world of Lambics, Gueuze, and fruited beers from Belgium and closer to home. 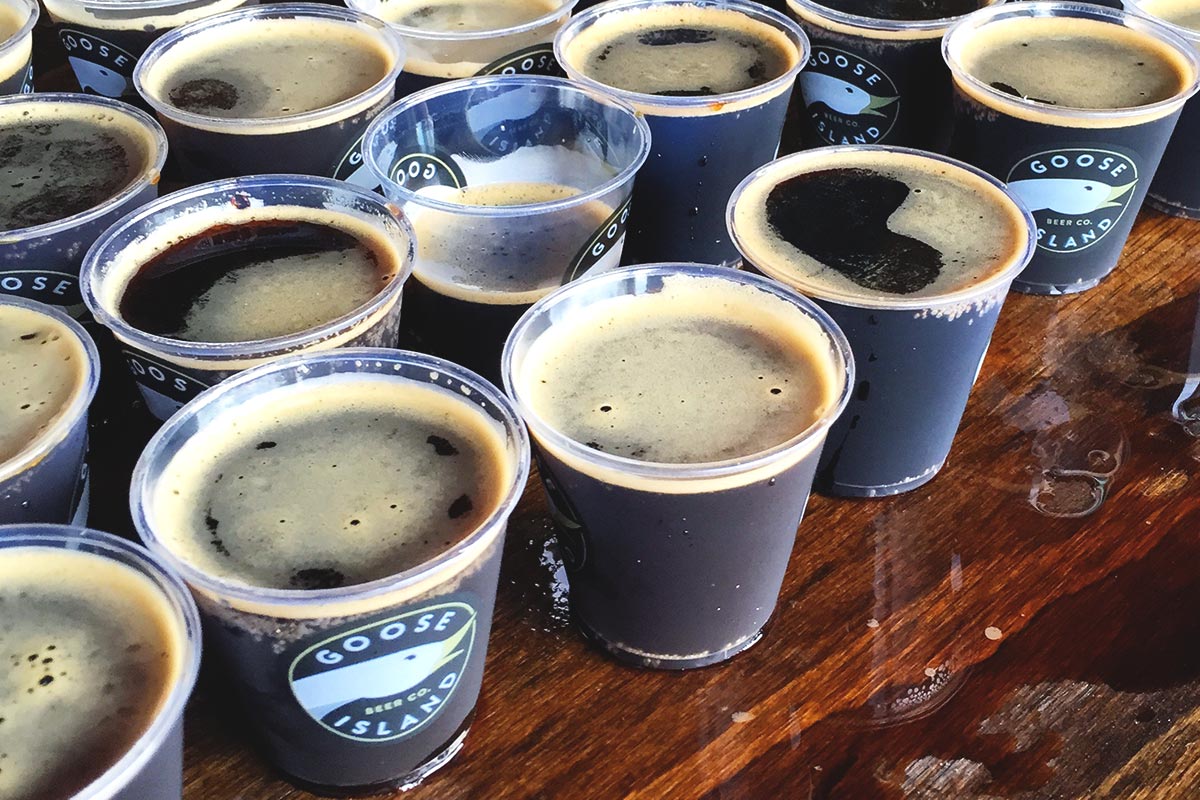 No matter your opinions on Goose Island, we can all agree that Sunday Funday is a good time. 100% of the proceeds from the event benefit the Special Olympics and, for that price, you get a bunch of beer and get to watch brewers battle it out in a dodgeball tournament. Will someone finally be able to dethrone team Revolution to prevent a dynasty? 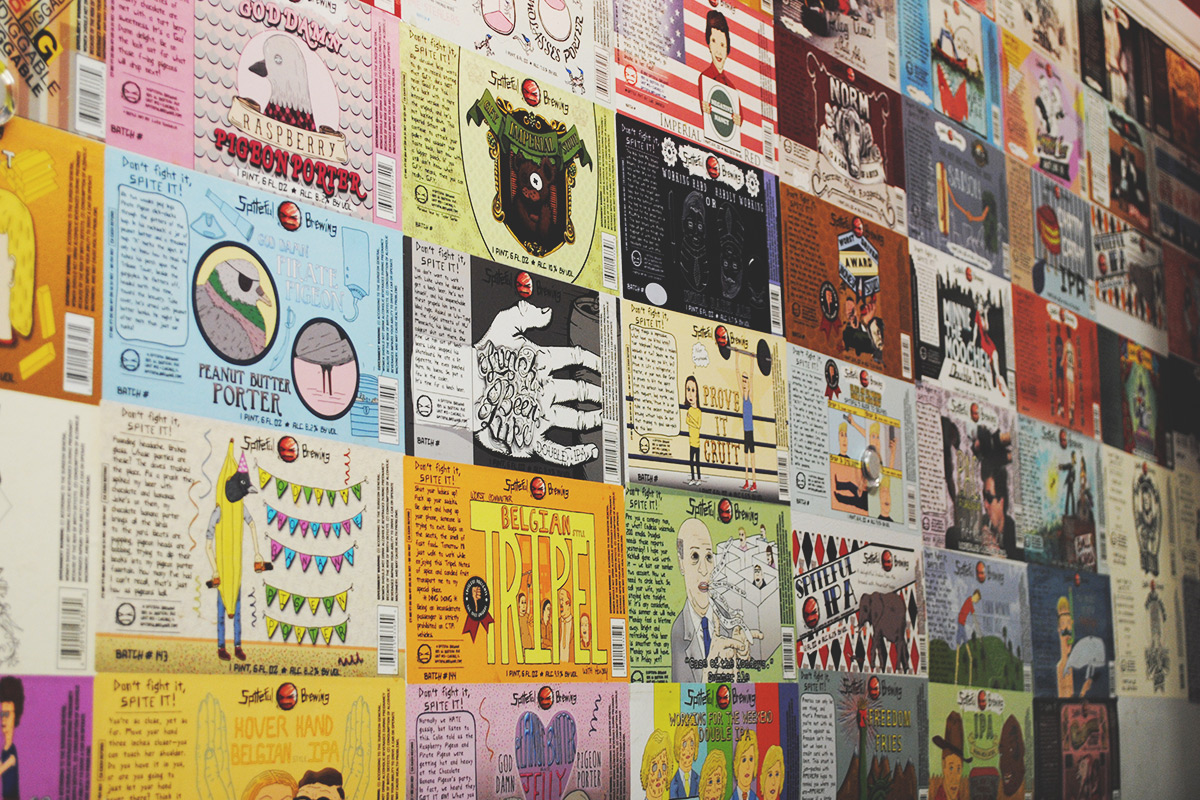 Monday of CCBW is packed full of tap takeovers and we think Spiteful’s version might be the best of the bunch. Check out Four Moon Tavern, one of the best neighborhood bars in the city, and sample through several variants of the Northcenter brewery’s lineup. As with pretty much all Spiteful events, you can expect to see the full crew on hand to answer all of your questions over one of their beers. 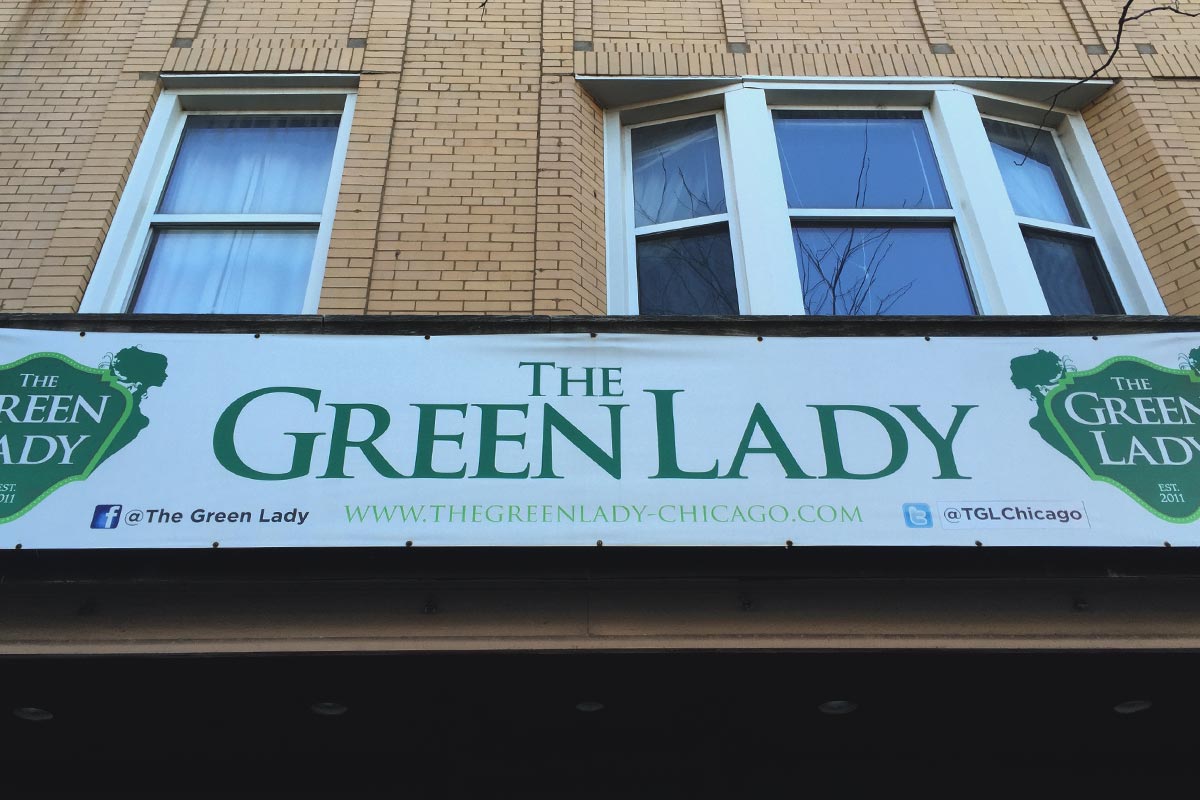 TUESDAY, May 24
The Green Lady — Lakeview

The fifth annual Guys Drinking Beer event is always packed full of quality brews we can’t get our hands on in the city. Featuring eight breweries and 31 beers from southern Illinois and the St. Louis area, this doesn’t really fit the Chicago Craft Beer week mold. That shouldn’t stop you from stopping by and trying something you’ve likely never seen, and maybe never will again. 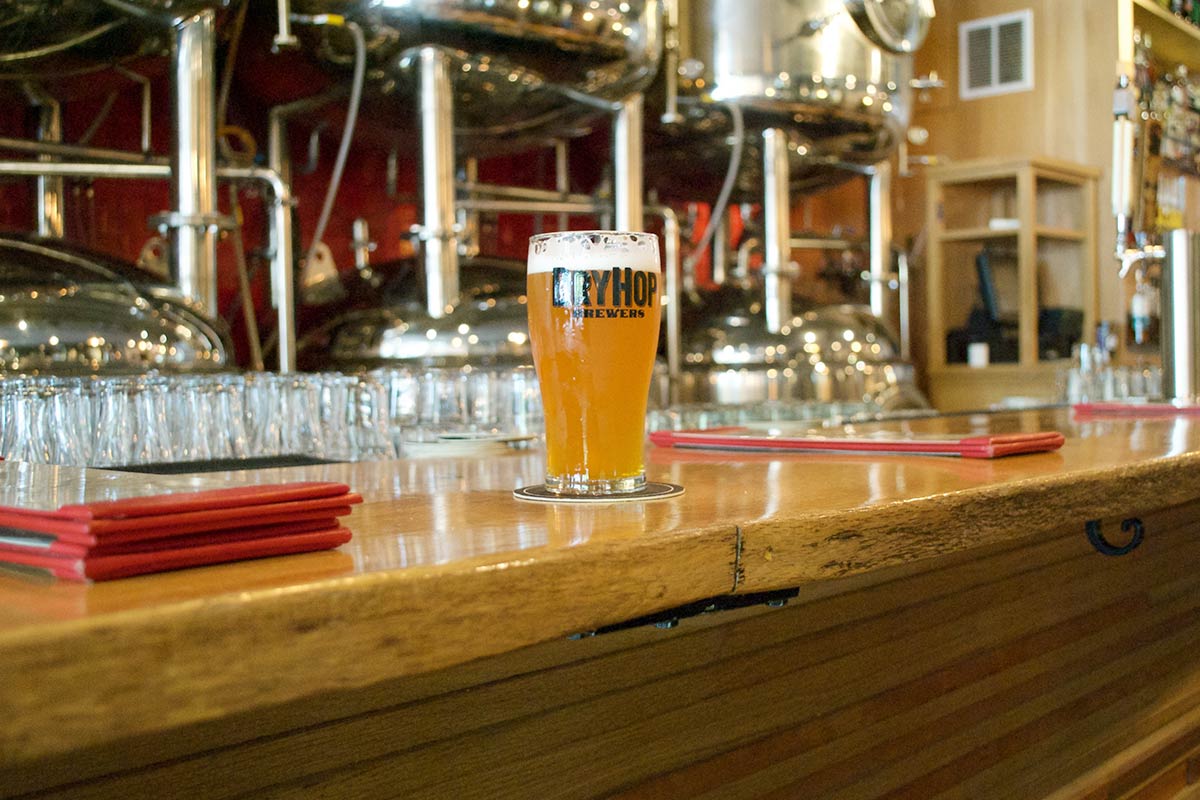 Related Reads
Culture
The Story Behind Oberon Day and The Release of One of Bell’s Most Popular Beers
Culture
How Roadhouse Brewing Co.’s New Seltzy Launch Is Redefining the Hard Seltzer Game
Culture
16 Queer-Led and Queer-Supporting Breweries to Champion Right Now
Price – Free, beer for sale

Lakeview’s DryHop is no stranger to collaboration, but Tuesday the 24th will mark their first with the Latin inspired 5 Rabbit Cerveceria. Together they’ll be releasing a Dark Saison brewed with pink peppercorn, orange blossom water, pipits, & pilloncillo. In addition to the beer release, DryHop will be unveiling new work from 5 Rabbit partner and all around beer guru Randy Mosher. 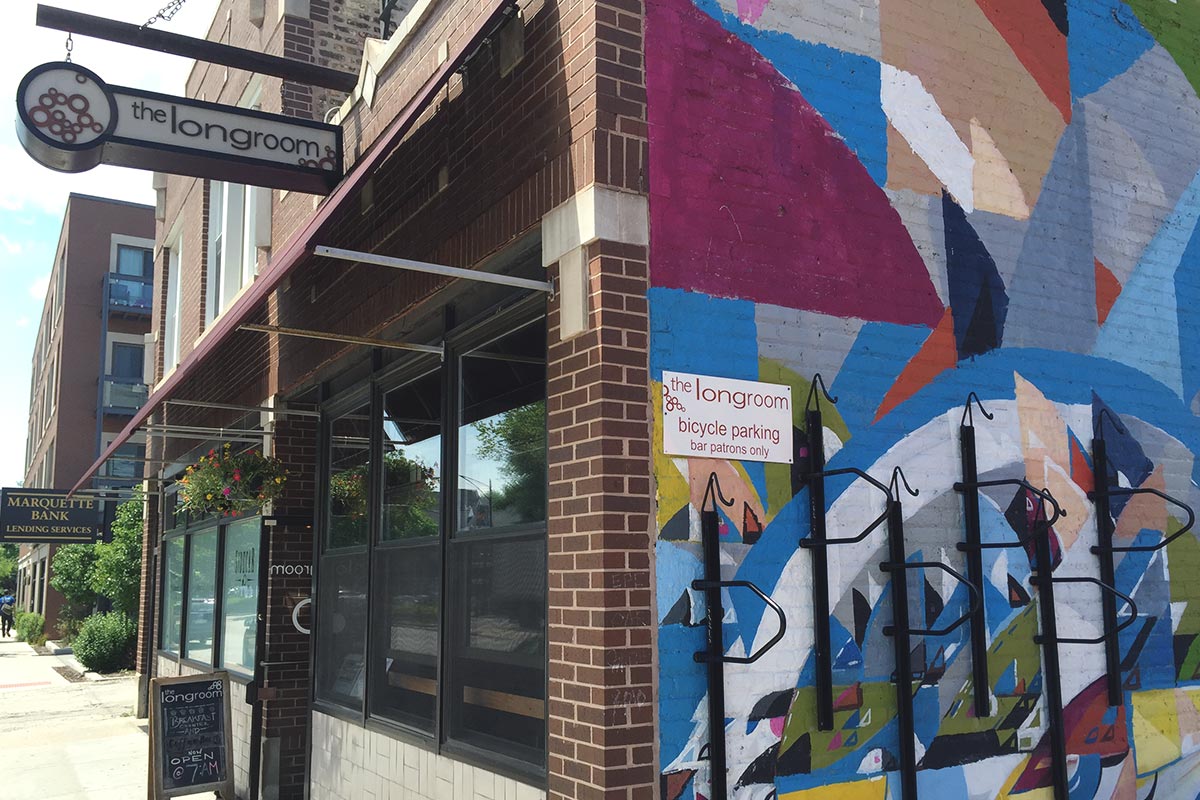 The Long Room and the Cicerone Certification Program know a few things about beer, and they’re sharing with you some of the best suds available along the Brown Line. Beers will be pouring from Aquanaut, Begyle, Dovetail, Empirical, Half Acre, Metropolitan, and Spiteful. If that list isn’t enough to entice you, the first 100 Cicerones (of any level) to arrive will receive a custom glass and their first beer on the house. 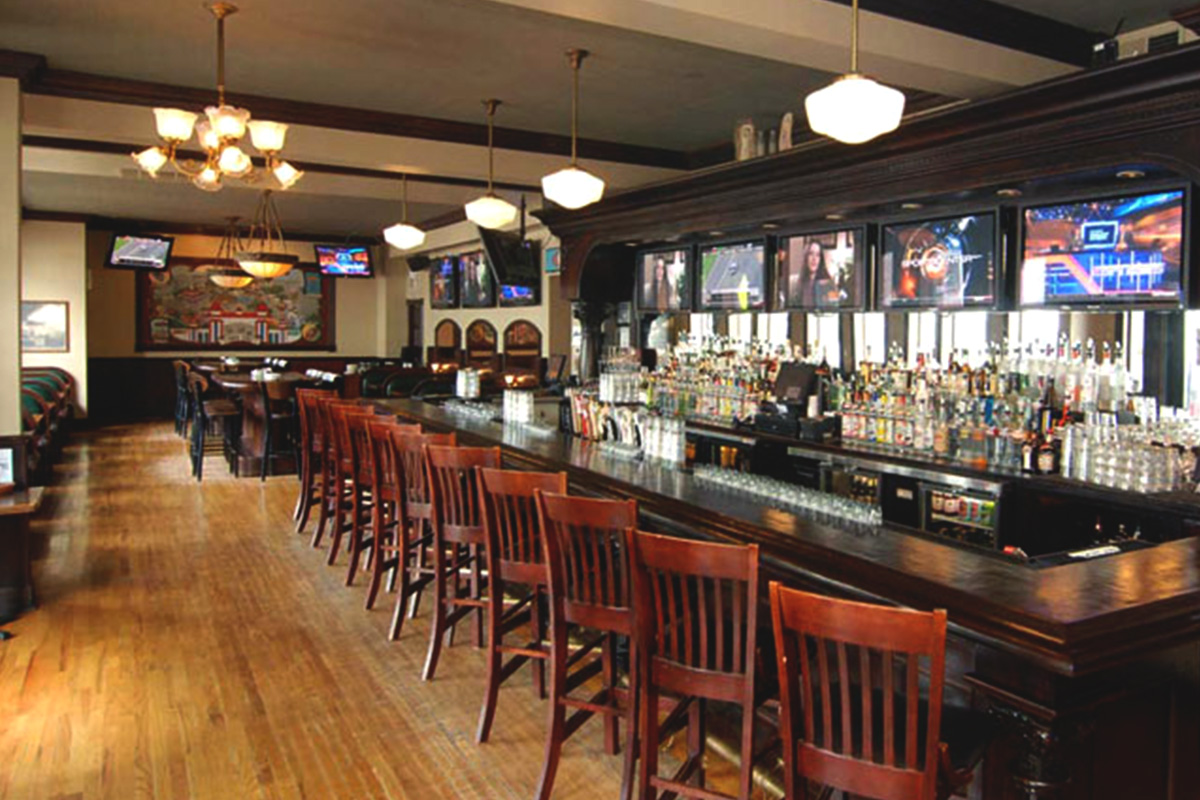 Beer certainly isn’t just a man’s game and nowhere is that more evident than Chicago. Woman from all over Chicagoland will be at Riverview Tavern celebrating their place in the industry. Oh, and they’ll also be featuring special collabs done with Brickstone and DryHop as well as a three surprise firkins. Proceeds from the featured brews benefit Deborah’s Place, a local charity for women experiencing homelessness. 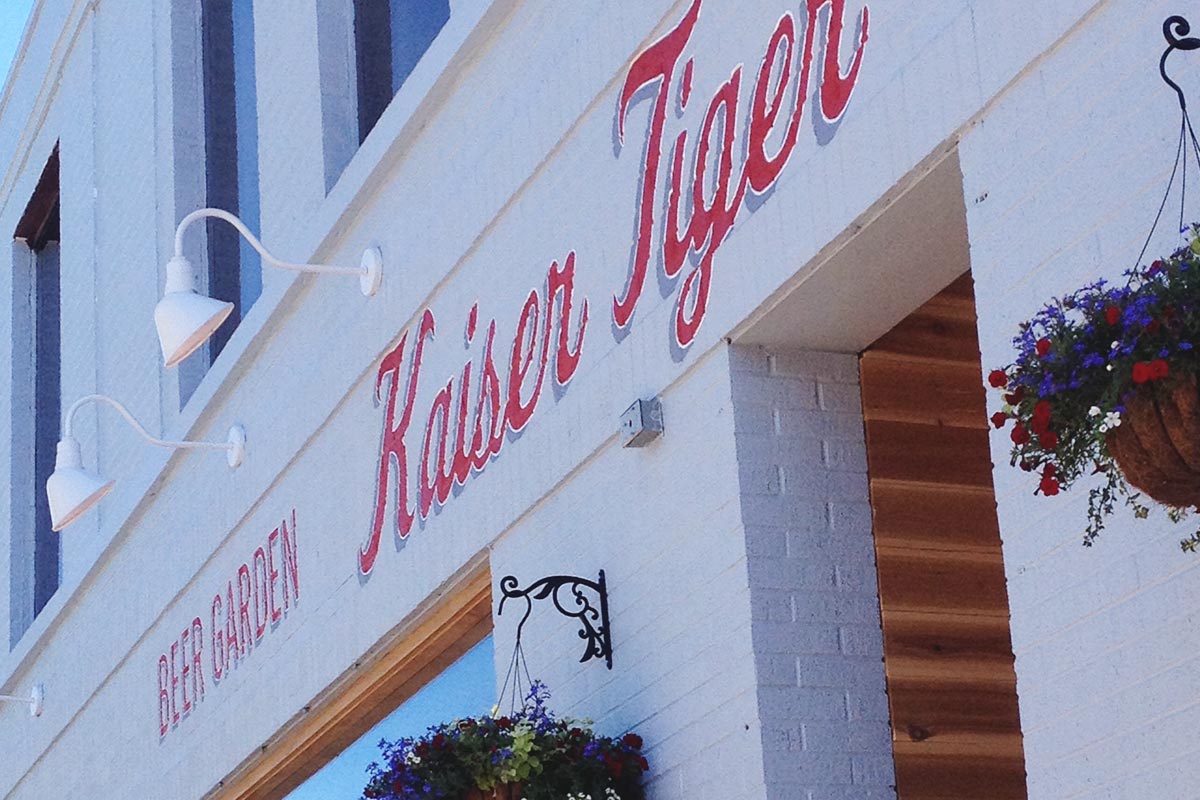 THURSDAY, MAY 26
Kaiser Tiger — Near West Side

Chicago’s booming, relatively young craft beer scene is well documented here at The Hop Review. One of the elements that’s made that boom possible is the state’s favorable (thanks ICBG!) self distribution laws. Sausage and beer destination Kaiser Tiger celebrates that freedom by featuring breweries that take the time to drive their own beer to your glass. 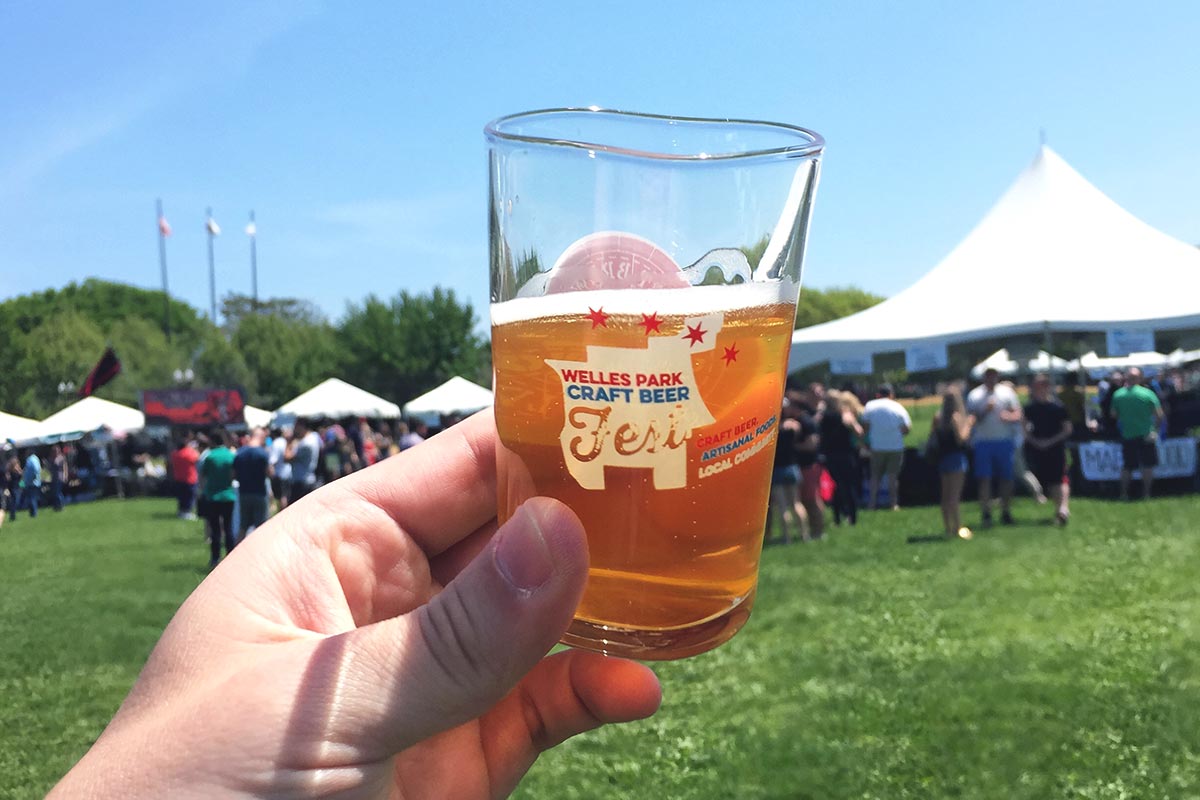 Chicago Craft Beer Week finishes with a bang at this awesome outdoor beer festival in Welles Park. As an official Guild event, expect a similar quality of beer you saw at BUG, in a much more laid back festival setting. Situated in the midst of the Lincoln Square/Northcenter craft beer hub, you can event grab a beer or two at any of the many great taprooms within walking distance of the festival. This is the only way to wrap up your CCBW. 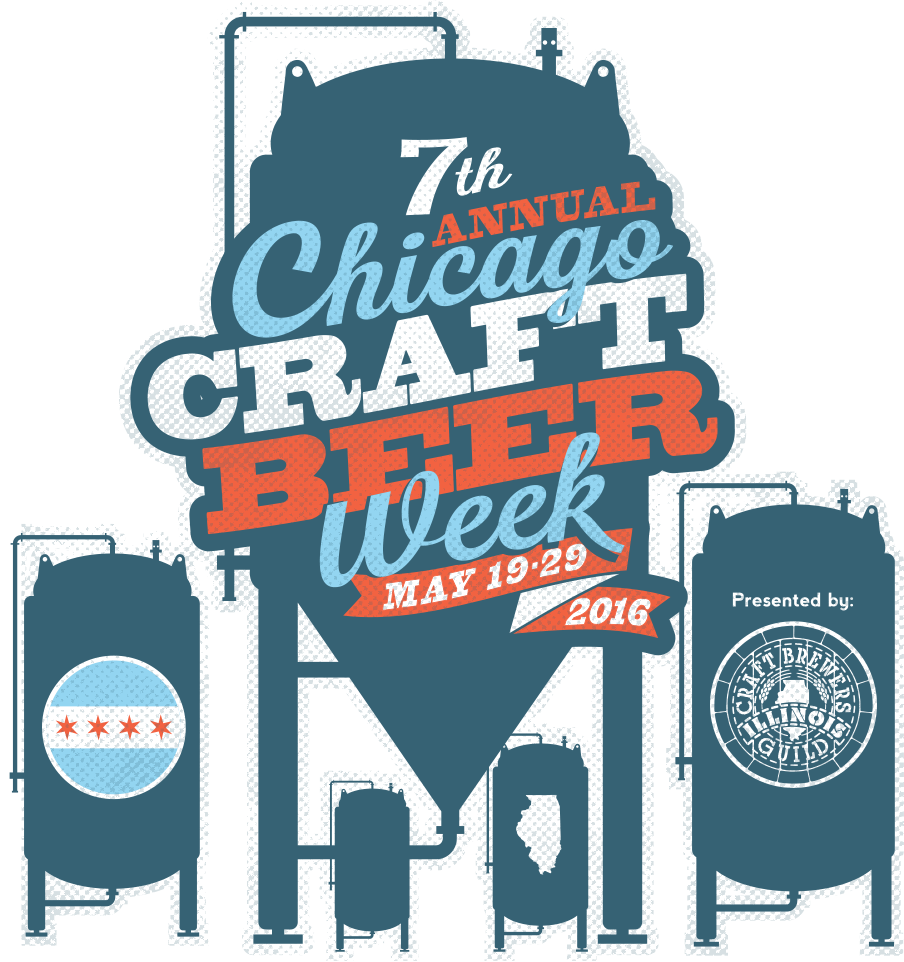 Photography by The Hop Review, except Riverview Tavern (via riverviewtavern.com)