Amherst, Wisconsin is almost literally on the road to ‘nowhere.’ Located in Central Wisconsin, it’d be understandable if you thought there’s not much reason to stop in the sleepy village of just over 1,000. That is of course, unless you happen to be in favor of some of the best beer the Midwest has to offer.

Often forgotten in discussions of the region’s finest beer makers is Central Waters Brewing Company. Best known for their many barrel aged concoctions—think Peruvian Morning, Cassian Sunset, and their anniversary stouts to name a few—the brewery has also established itself outside of their immediate locale with a solid lineup of more approachable and seasonal styles–that sometimes range from the simple to the creatively bizarre.

At the head of all this creation is Simon Nielsen, Head Brewer and long-time fan of the liquid he now leads. Raised in the relative metropolis of nearby Appleton, Wisconsin, the path Simon took to where he is today can only be described as ‘dedicated.’ On a cold January day, in the middle of a windswept, snow-covered field that houses the destination brewery, we stopped by the to chat with Simon and get a walkthrough of their stunning facility and barrel warehouse. 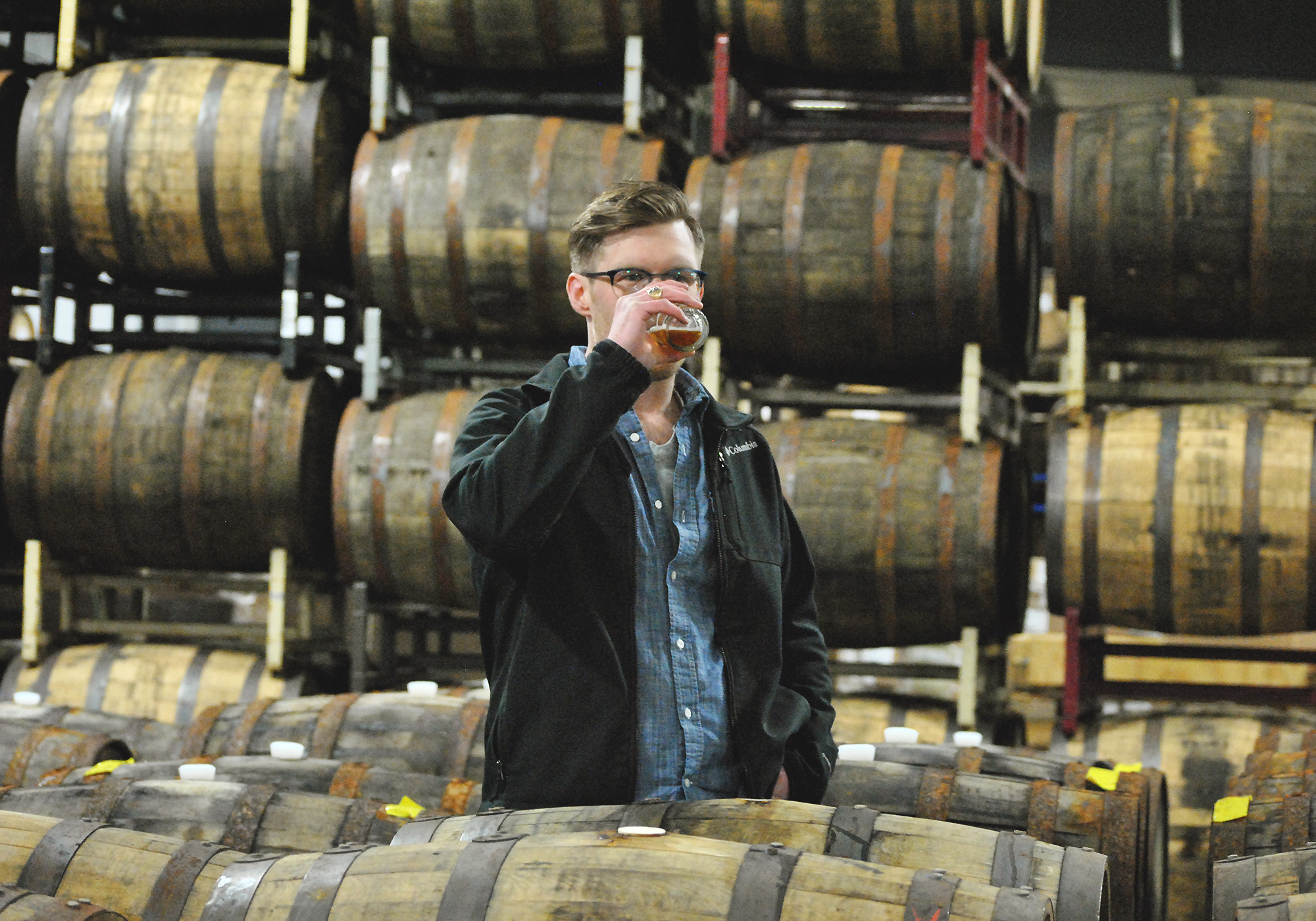 We’re frequent drinkers of CW’s barrel-aged and core lineup. But we have noticed a few unique cans on store shelves lately. Can you fill us in?

Yea, so it’s funny because what you see in the craft beer industry right now is new beers coming out all the time. For regional breweries like us, it’s a little bit harder. But that’s become the norm. Usually that starts on a pilot system and scales up. Well, we’ve always kind of done it backwards.

But now we notice your shiny new pilot system over there…

Yea, this is all relatively new for us. We’ve had this system for five years, and we just got it hooked up and running a year ago. Before that, the approach was more ‘come up with the recipe and do a full batch of it.’

And has anything graduated from there to production just yet?

Our new New England IPA went through eight or nine rounds on the pilot system before we scaled it up. This is great because people who travel up from Chicago or elsewhere want something different. They don’t want our same stout or porter that they can get at home.

And it’s in a can! We’ve always thought of CW as a bottle-first brewery.

Yea, so we never canned until Unsettled [the New England IPA]. We’ve done a couple runs of that and then came a tangerine New England IPA. And now we’re waiting for our packaging to come in for our core beers… So, a handful of them will make it into cans.

Cans are commonplace nowadays. But that doesn’t seem to be the case in Central Wisconsin. Why do you think cans have come on so late, locally?

For us, it was a money issue initially. We had to make a decision to invest in a canning line or a bottle filler. For a brewery like us, that’s a lot of money. We also do a lot of barrel-aged beer and people are still primarily not buying barrel-aged beer in cans around here. Barrel-aged beers are what we’re known for at Central Waters. So we put our money toward getting low DO’s (Dissolved Oxygen levels) in our bottled product.

But cans are here to stay. We knew from what we’d seen in the portable canning lines, that the DO levels are rough. So we waited a little longer until we could buy one ourselves. 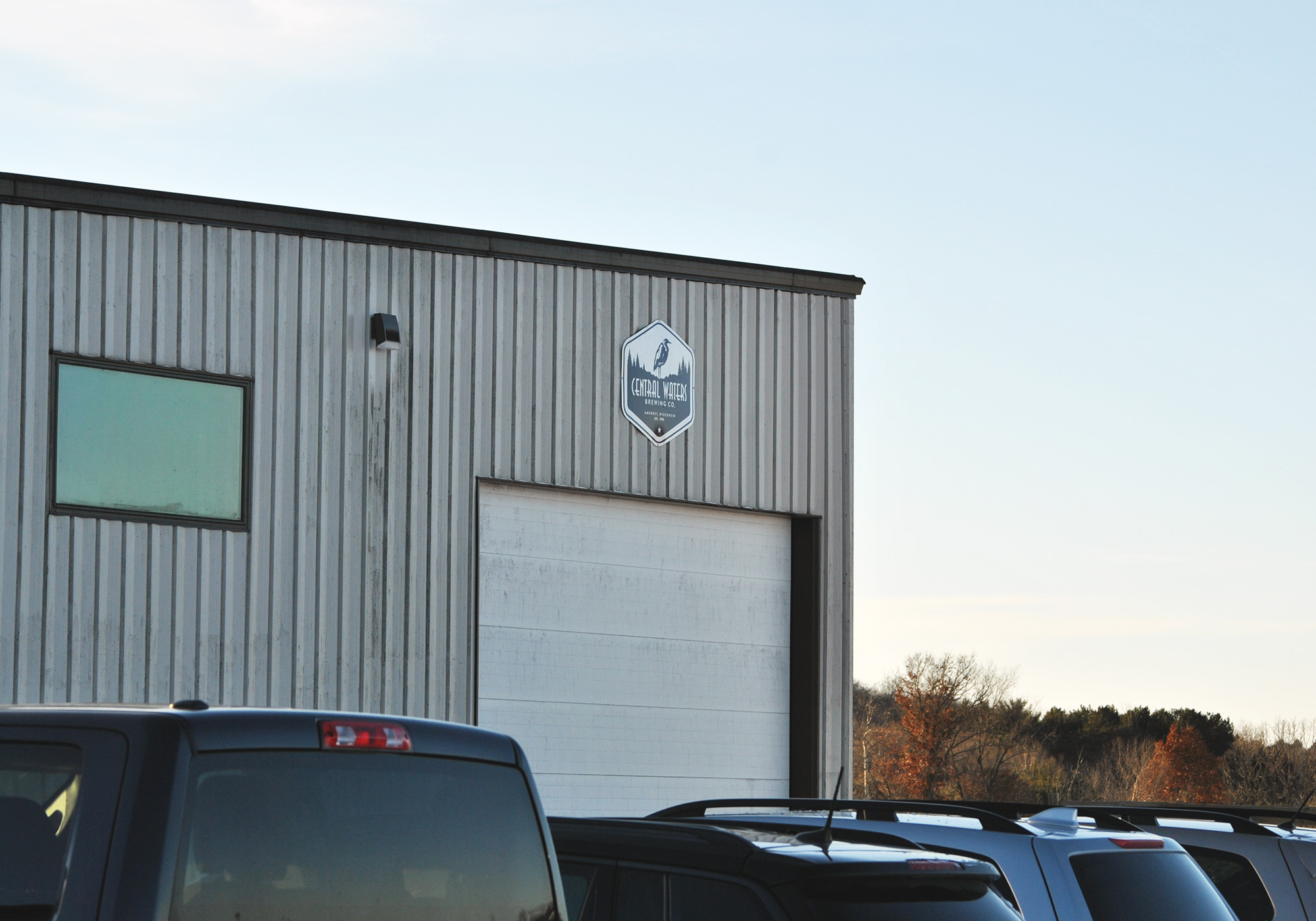 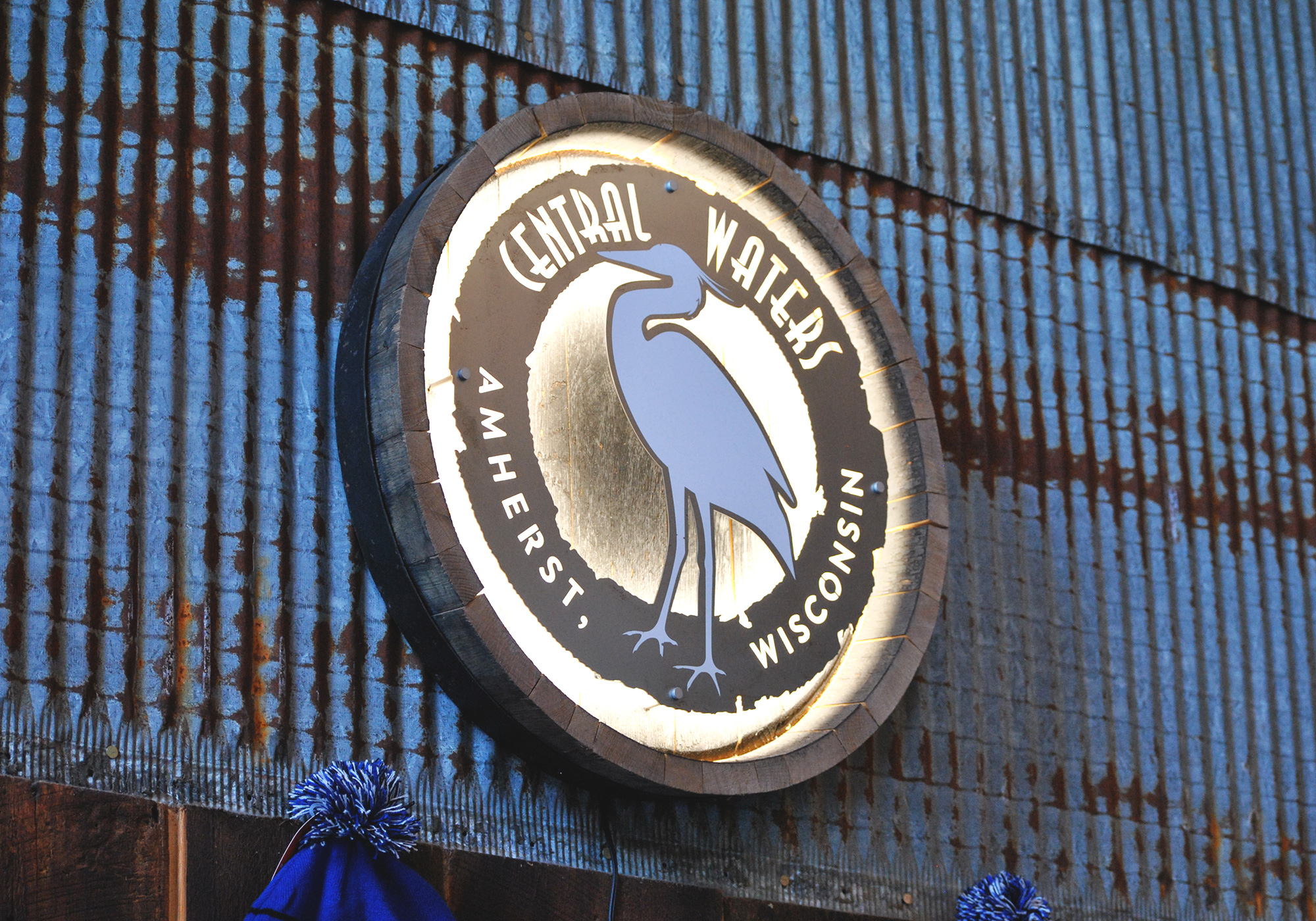 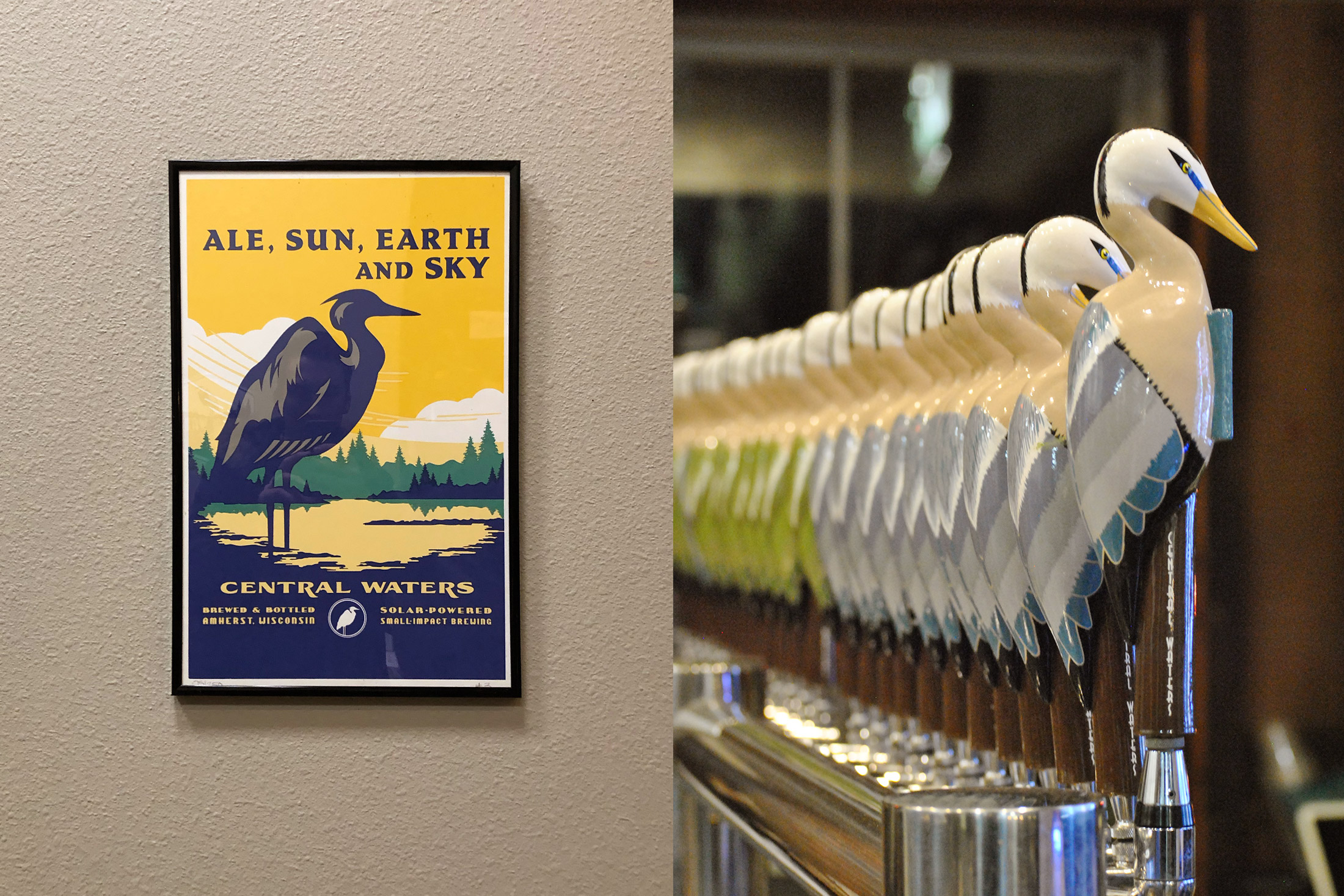 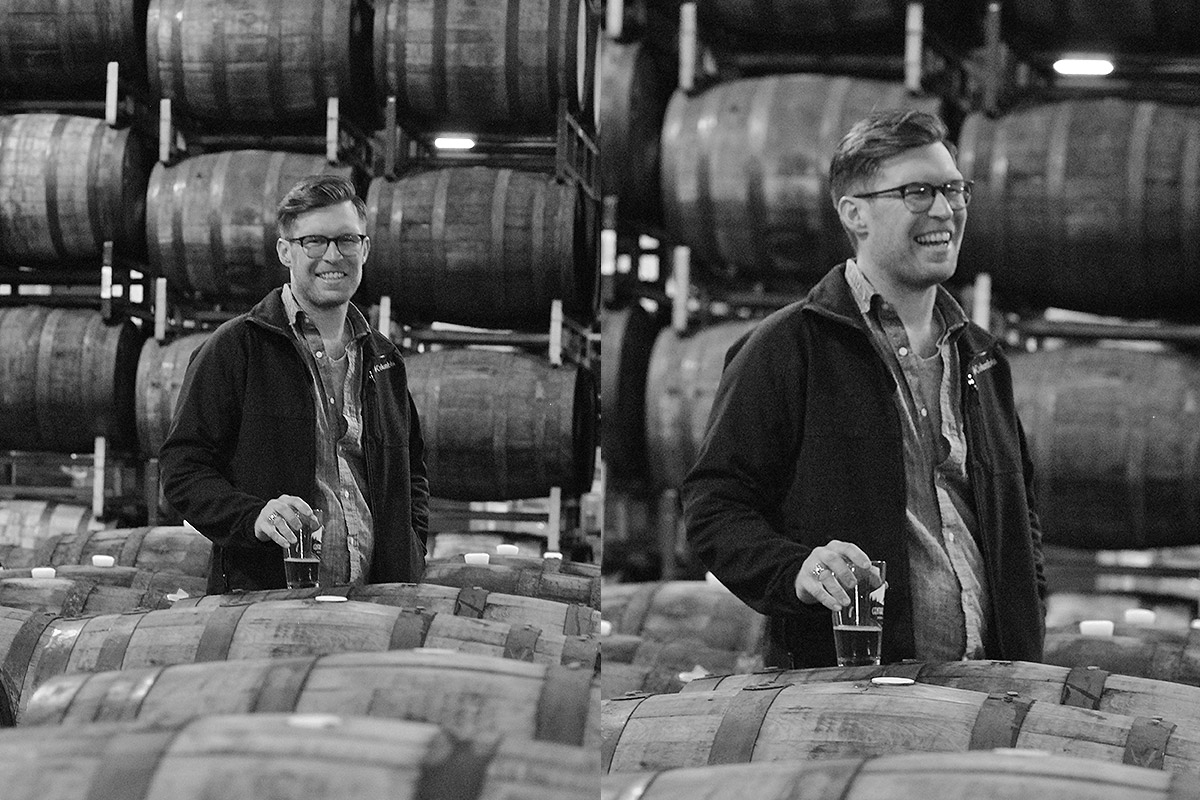 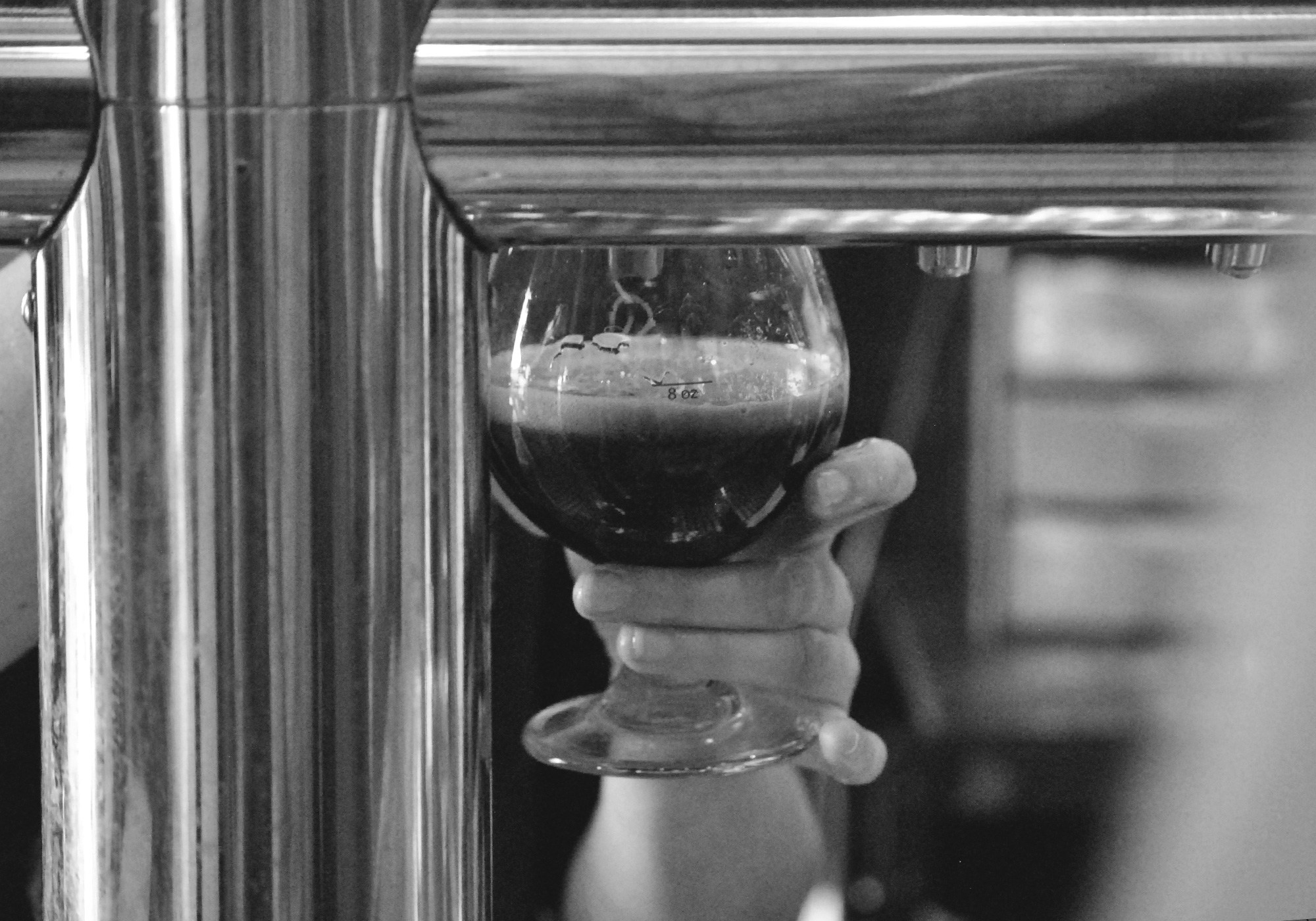 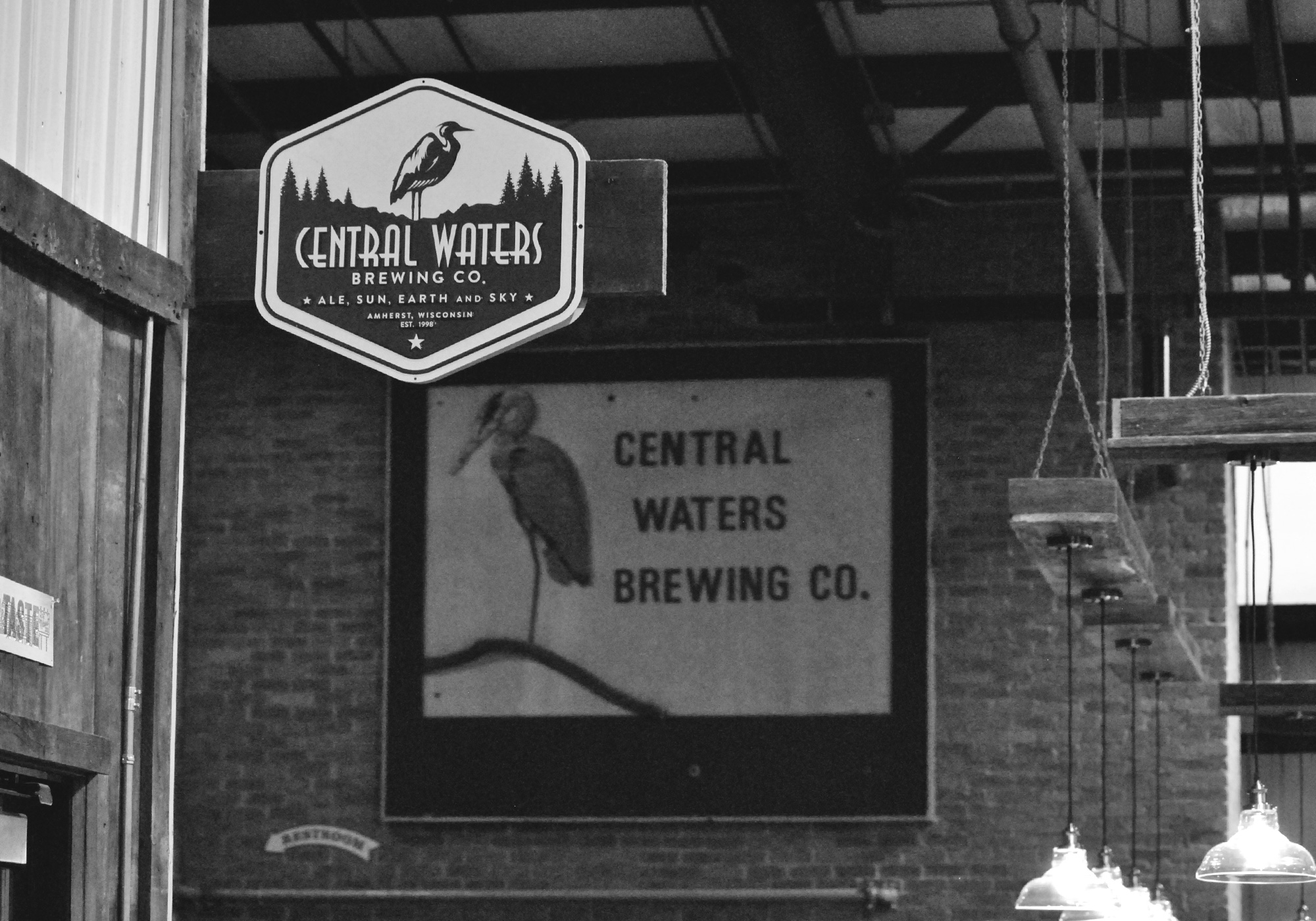 How long have you been at Central Waters?

I’ve been here for five years.

And before beer, what were you up to?

I worked in flexible packaging. I worked for a plastic packaging plant.

But I was also a wine snob. My girlfriend at the time who was working at a wine bar introduced me to Goose Island Matilda. I didn’t know beer could taste like that. All of a sudden, I got really excited about beer.

A lot of people have similar experiences with that beer…

What was your first beer gig?

I worked for six months at Stone Cellar Brewpub (now Stone Arch), a brewpub in Appleton, Wisconsin. I begged Paul [Graham, President] and Anello [Mollica, co-owner] for a job here at Central Waters for three years. They kept giving me the run-around and giving me hoops to jump through.

Related Reads
People
11 Brewers Share Their New Year's Resolutions For 2021
People
A Pint with Leashless Brewing: How One Brewery is Revolutionizing Organic Craft Beer
People
Athletic Brewing Co. Is Making Non-Alcoholic Craft Beer Cool in 2021
Was it because you didn’t have a brewing background?

That was one of the reasons they gave me. I didn’t have any classwork or schooling in brewing. I ended up going to Seibel in Chicago because they said that was one of their requirements. I emailed them my resume and they said, “That’s great, but we need experience. Go get an internship.”

I had one or two internships lined up, but before I took them I emailed Paul and asked him which one would look better to him on a resume. That’s when he finally asked me to come out to the brewery and have a beer. He advised me to go to Stone Arch for six months and that’s how I eventually ended up here.

Why was your heart so set on working at Central Waters? There are plenty of breweries in Wisconsin…

I’m from Appleton, which is about 50 minutes from here. So it’s not too far from home. But at that point they were doing 5,000–6,000 barrels a year. They weren’t really that big, but I knew they were growing and had a ton of potential. I knew the barrel program was world class. I knew they had something that other people didn’t have. They were small enough that I could still get in on the ground floor.

You’ve obviously grown by leaps and bounds since. How many barrels are you producing nowadays?

We did just over 17,000 barrels last year. So we’ve doubled in size since I’ve been here. 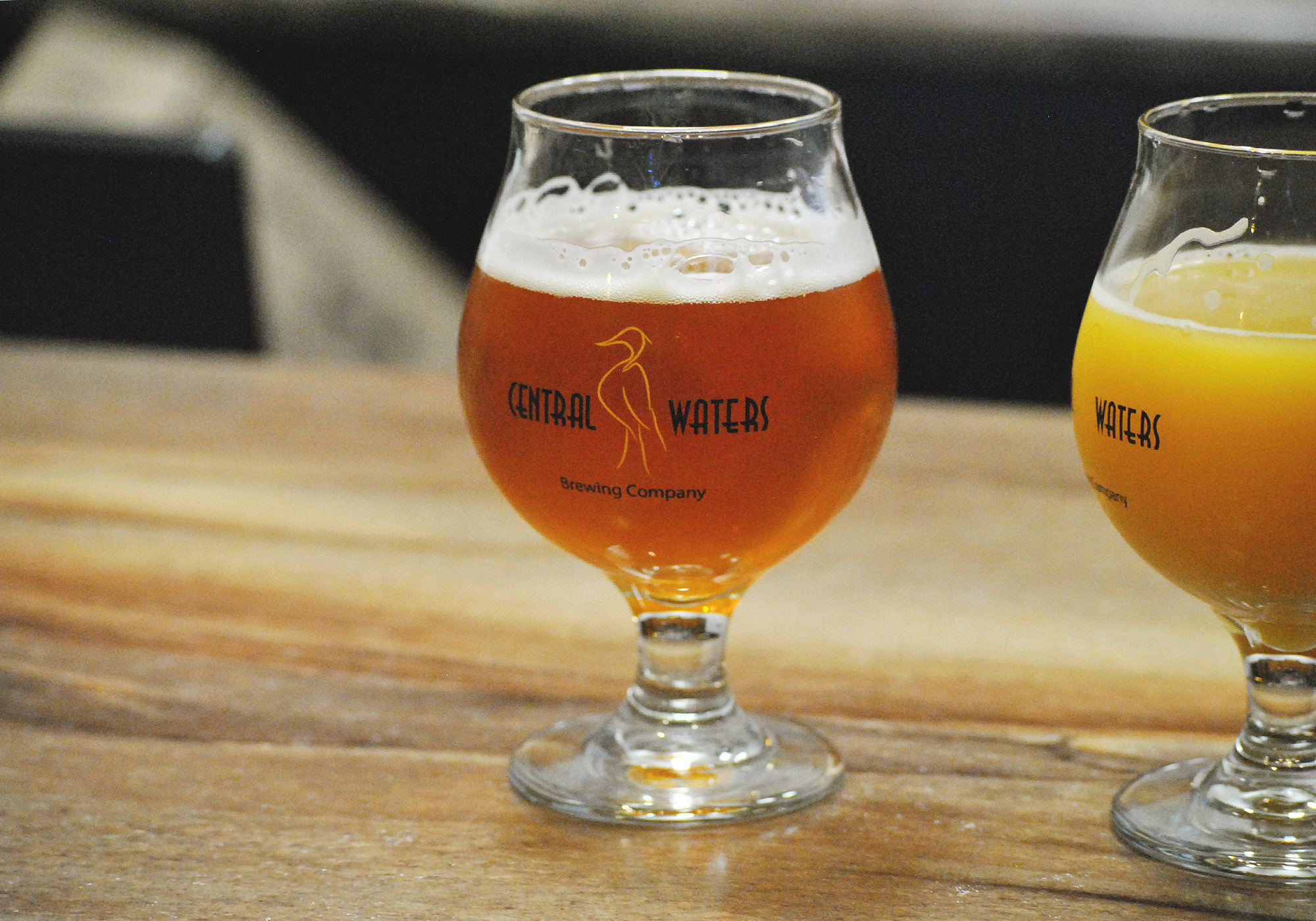 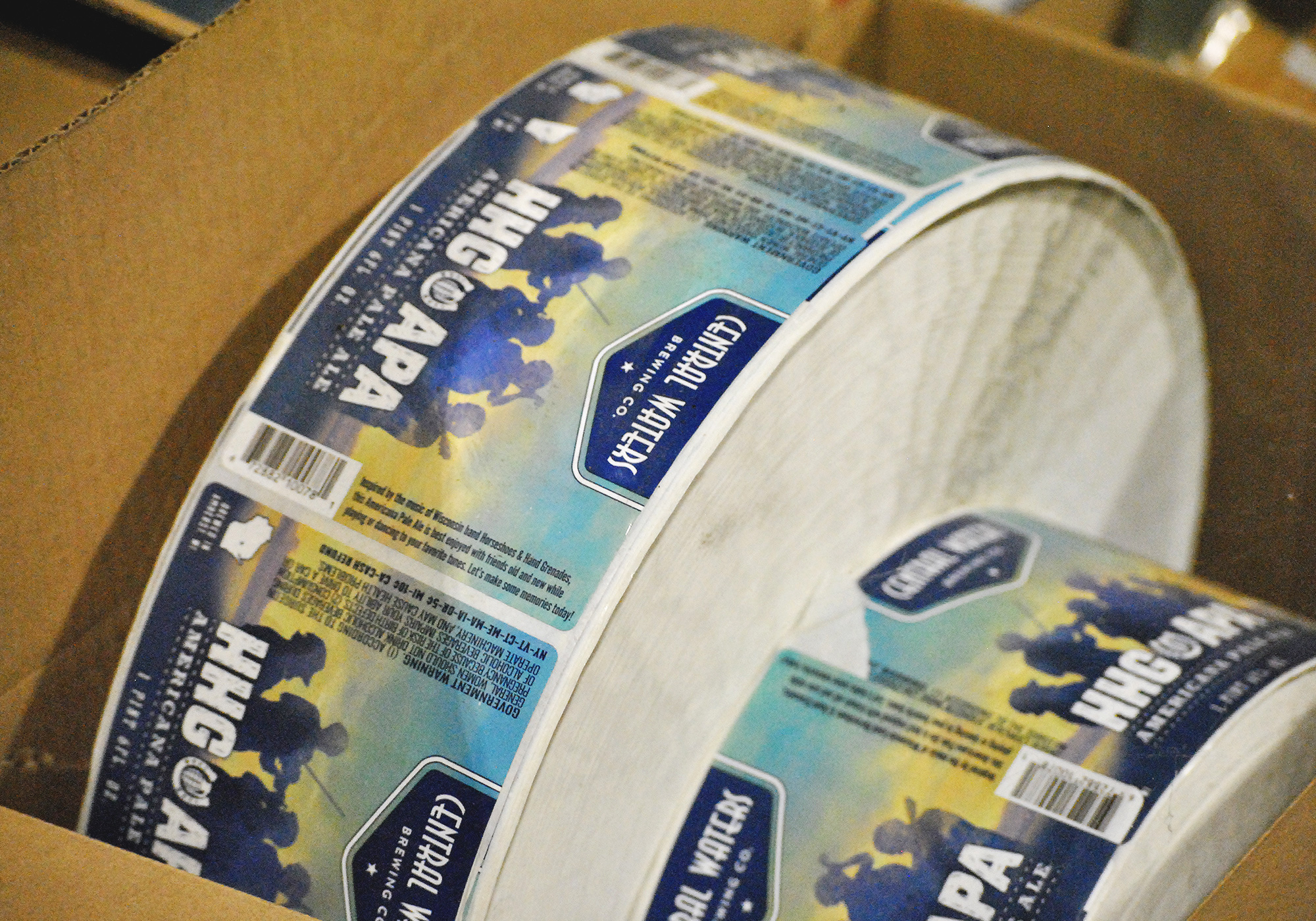 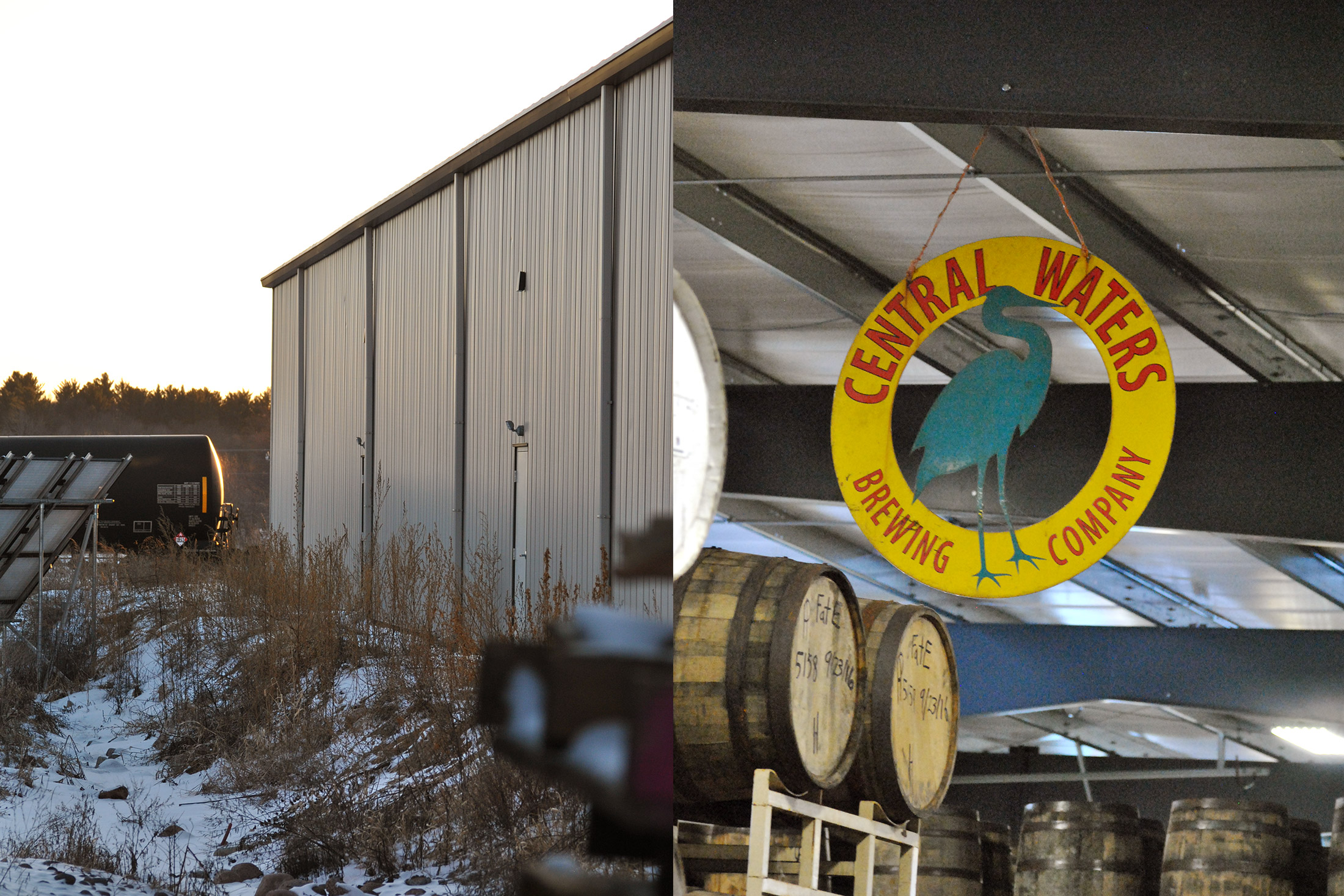 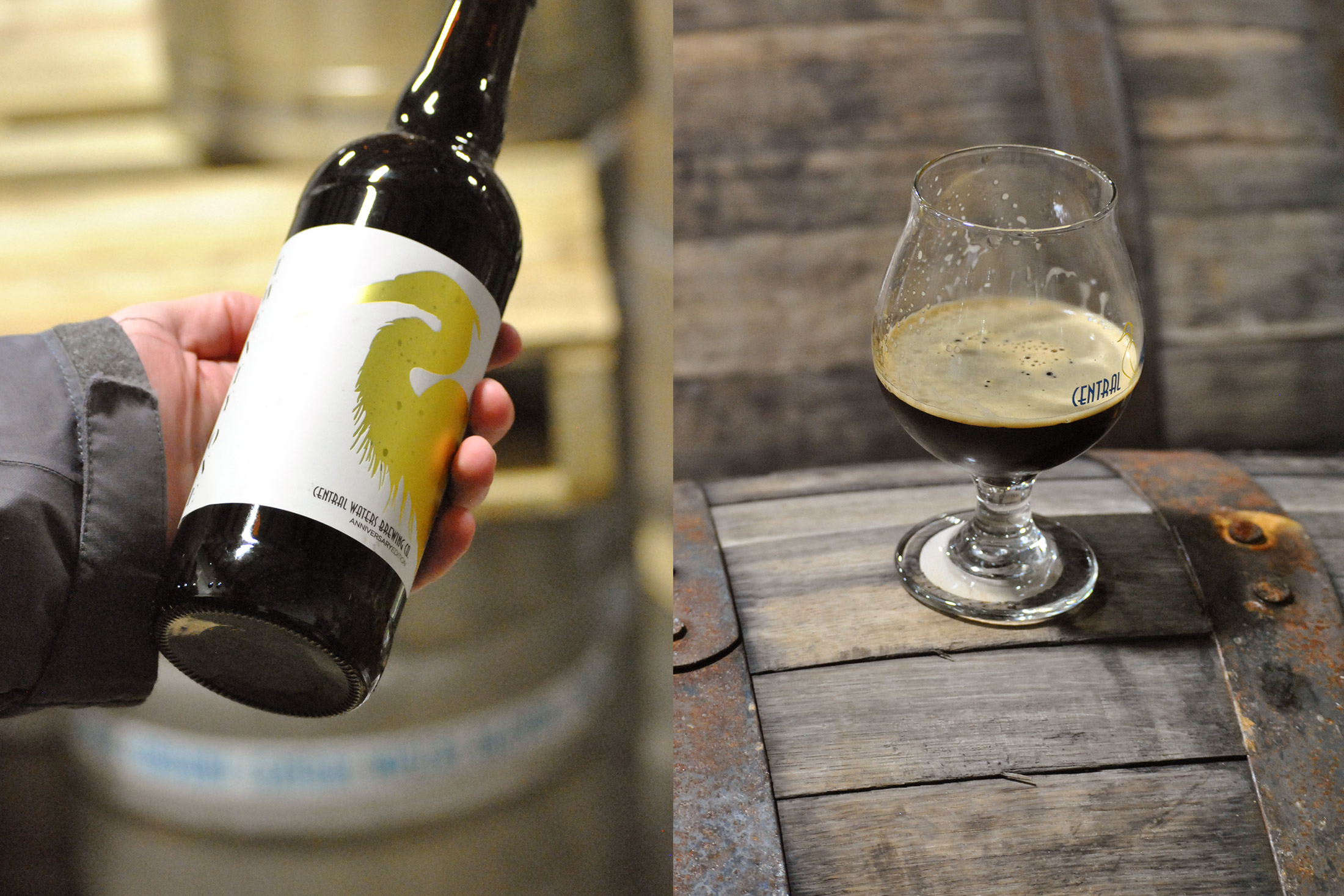 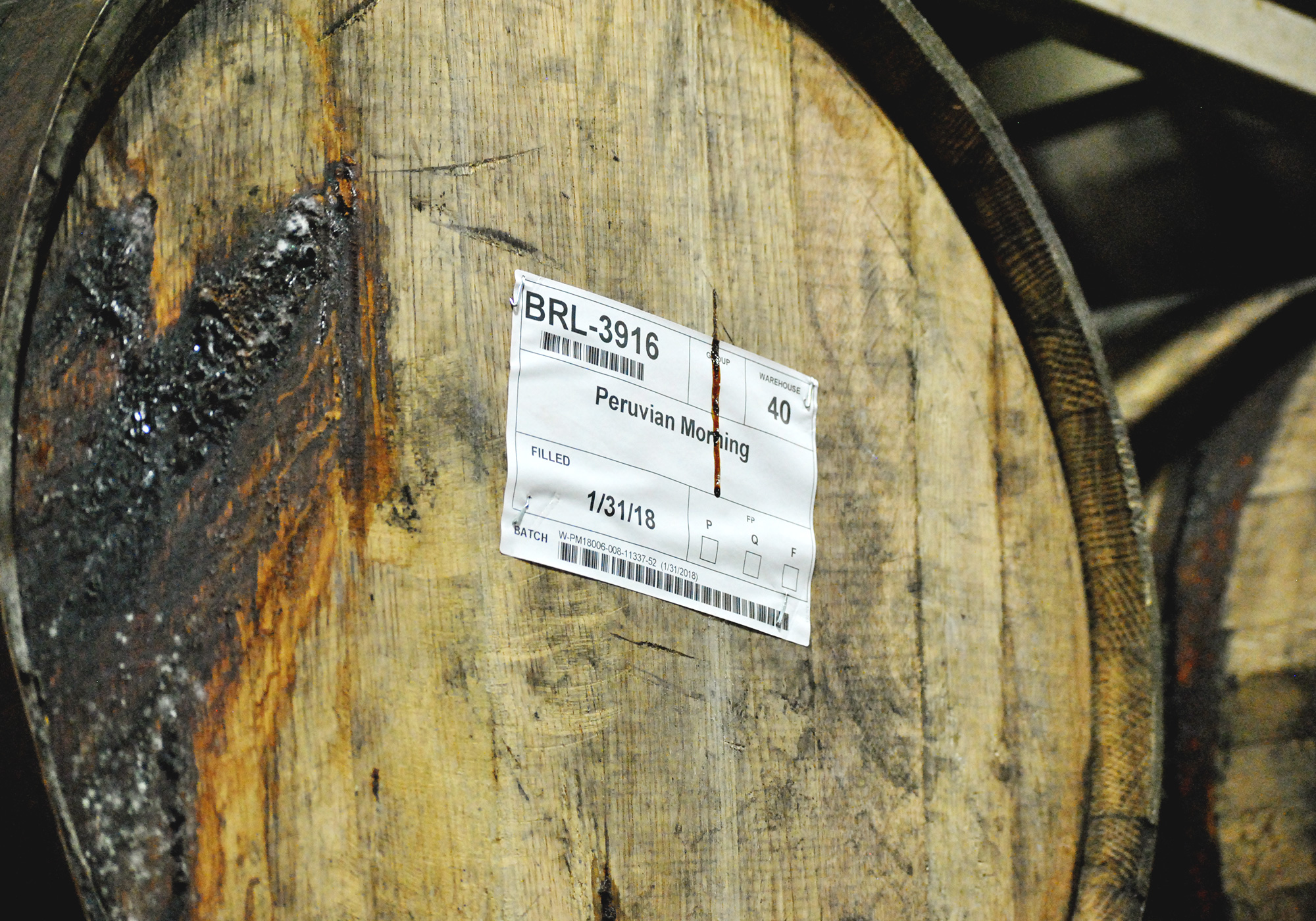 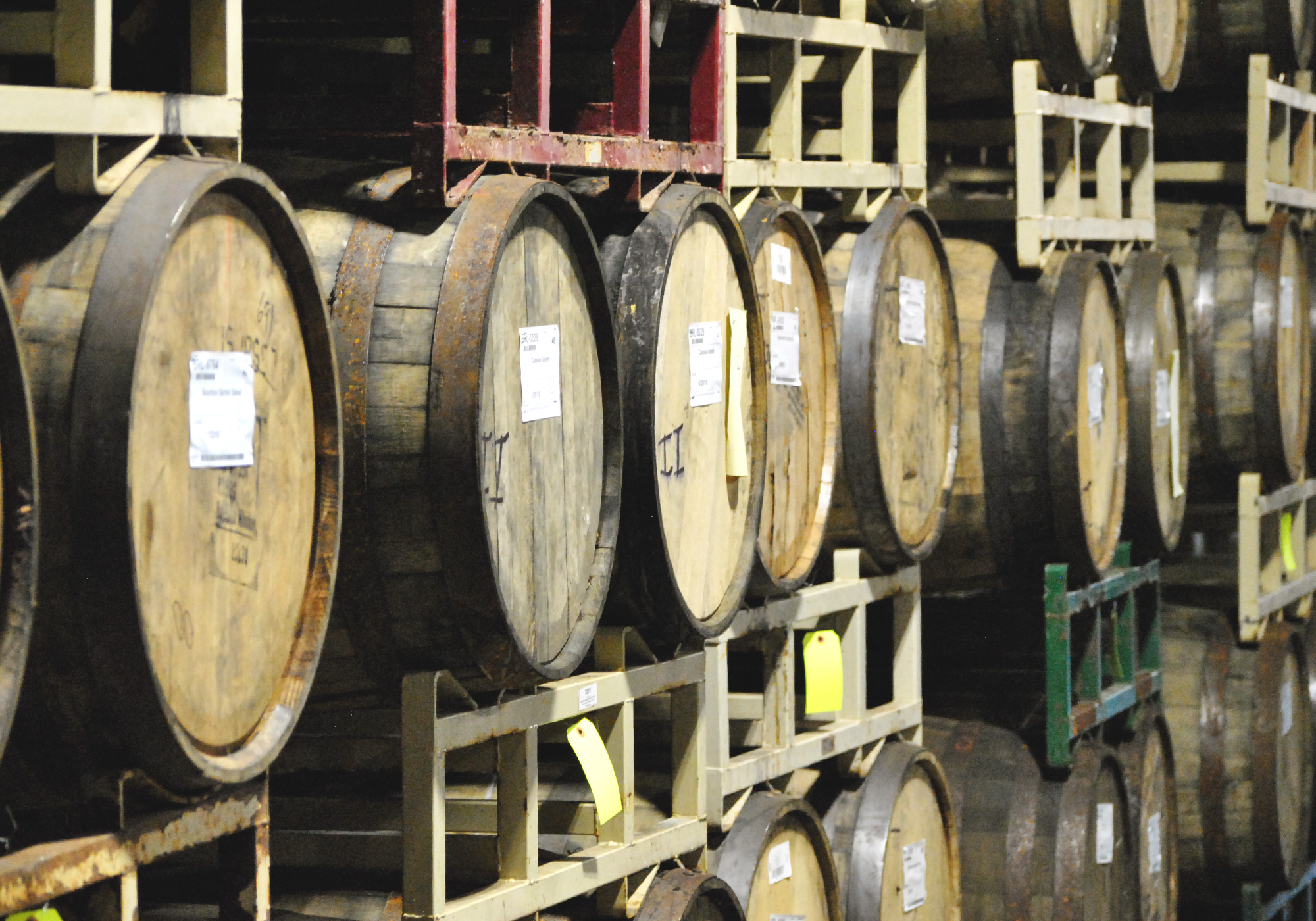 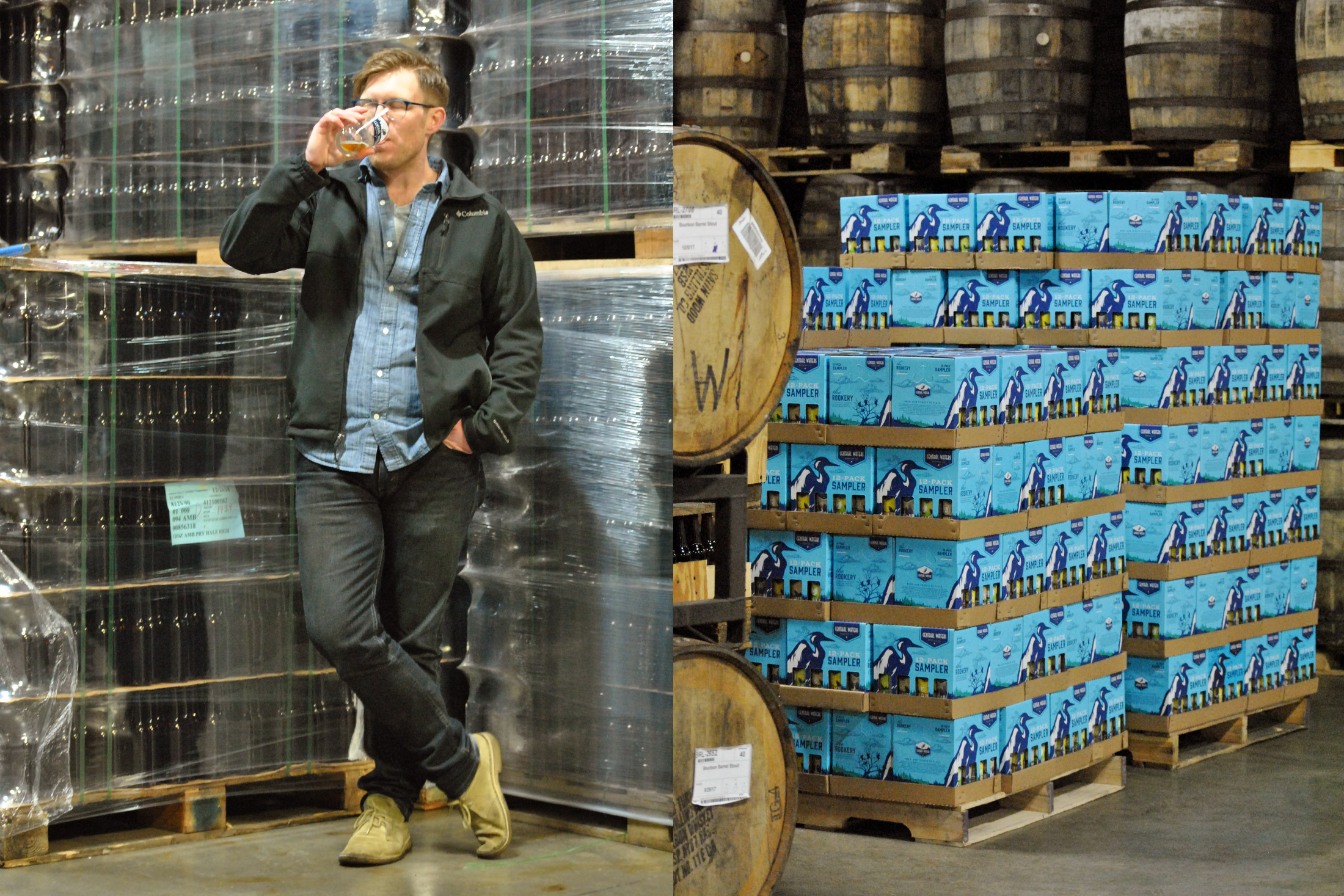 Every year in January, thousands of people flock to a freezing cold Amhurst, Wisconsin for the CW Anniversary Party. How’s that for someone who works here?

I hate the lead up to it, haha. But it’s cool to see that many people come here–and get that excited about it. It’s easy to get caught up in the chaos of everything—there are 3,000 people packed into this place after all.

Just sitting at the taproom bar, we’ve already seen a ton of one-off beer we don’t see back in Illinois. Is there anything on the horizon that you’re really looking forward to experimenting with?

We just got a truckload of orange curaçao barrels in. We’re going to do an ‘old fashioned’-style beer in them. That’s a fun project. We’re also starting up a sour program a few miles from here. All the barrels are just filled with a base beer waiting to be inoculated, so that’s an exciting project on the horizon.

Even if it weren’t for all that, I’m still amazed people will drive hours to come out here and drink our beer.

That shouldn’t surprise you after all these years!

Well as someone who has access to all that fantastic beer, what are you drinking when you’re not at work?

Almost always Sierra Nevada Pale Ale or something like that. I’m pretty much done with anything ‘big’ once I leave here. And that’s beer-wise…otherwise, I’m drinking wine. 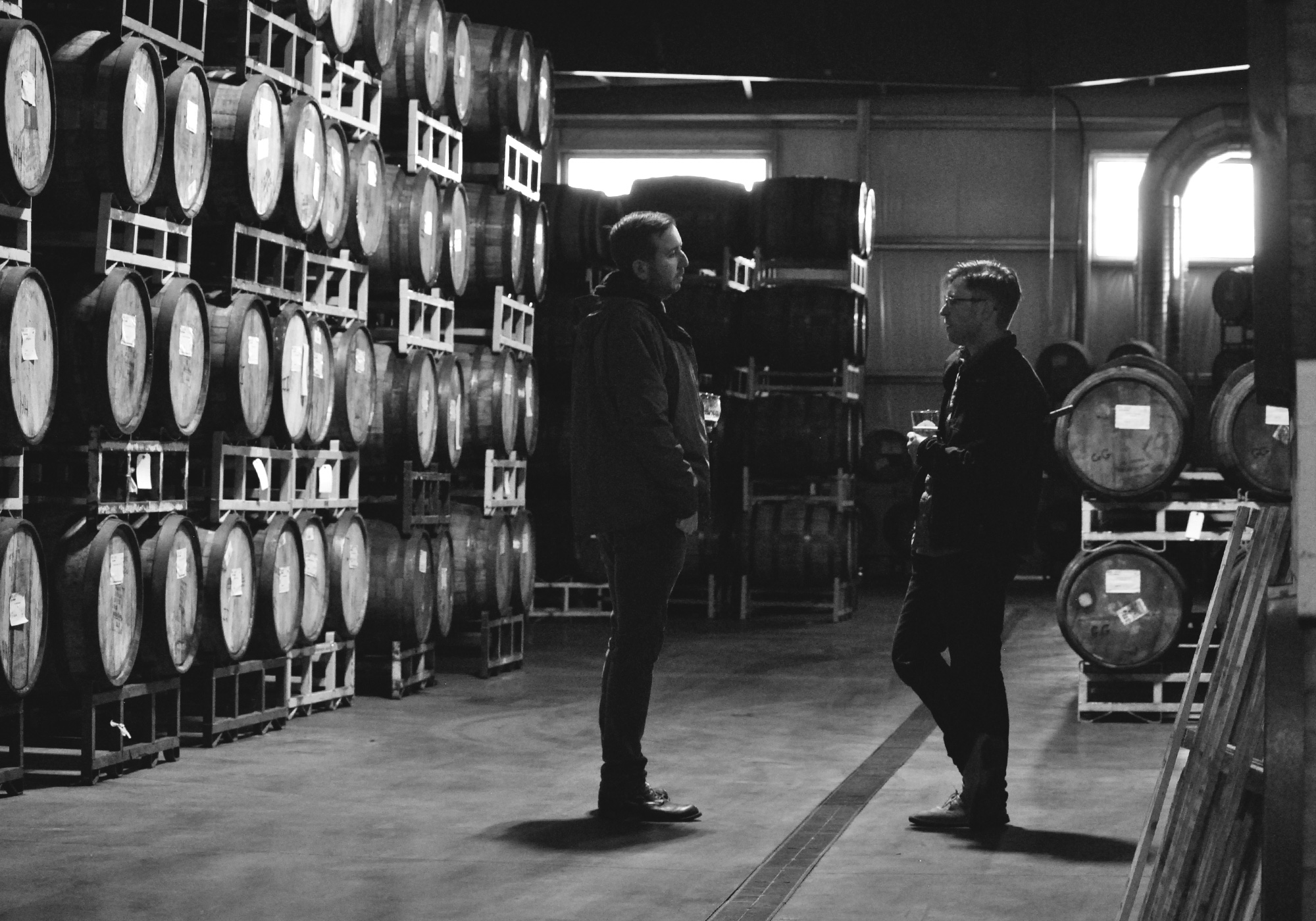 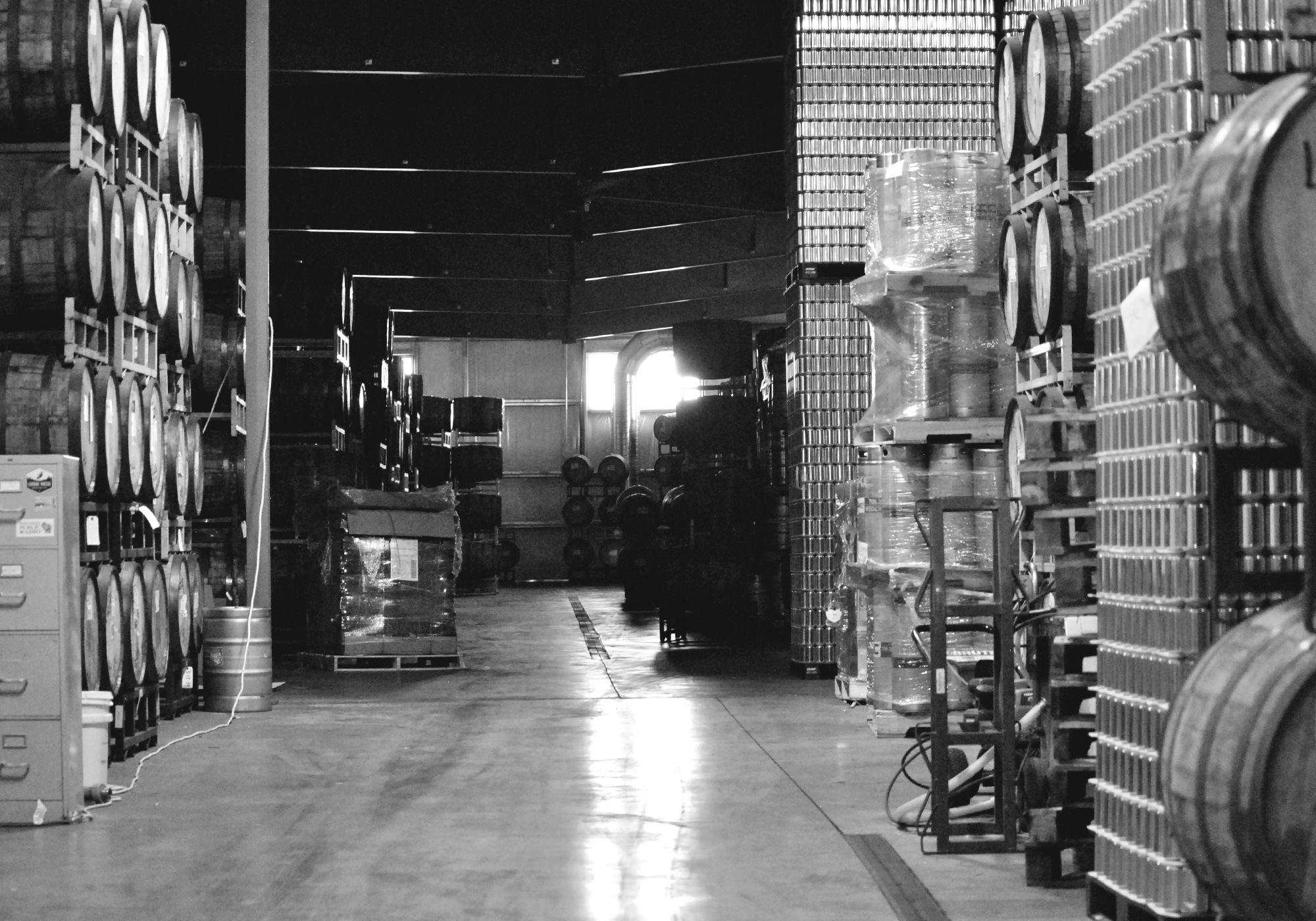 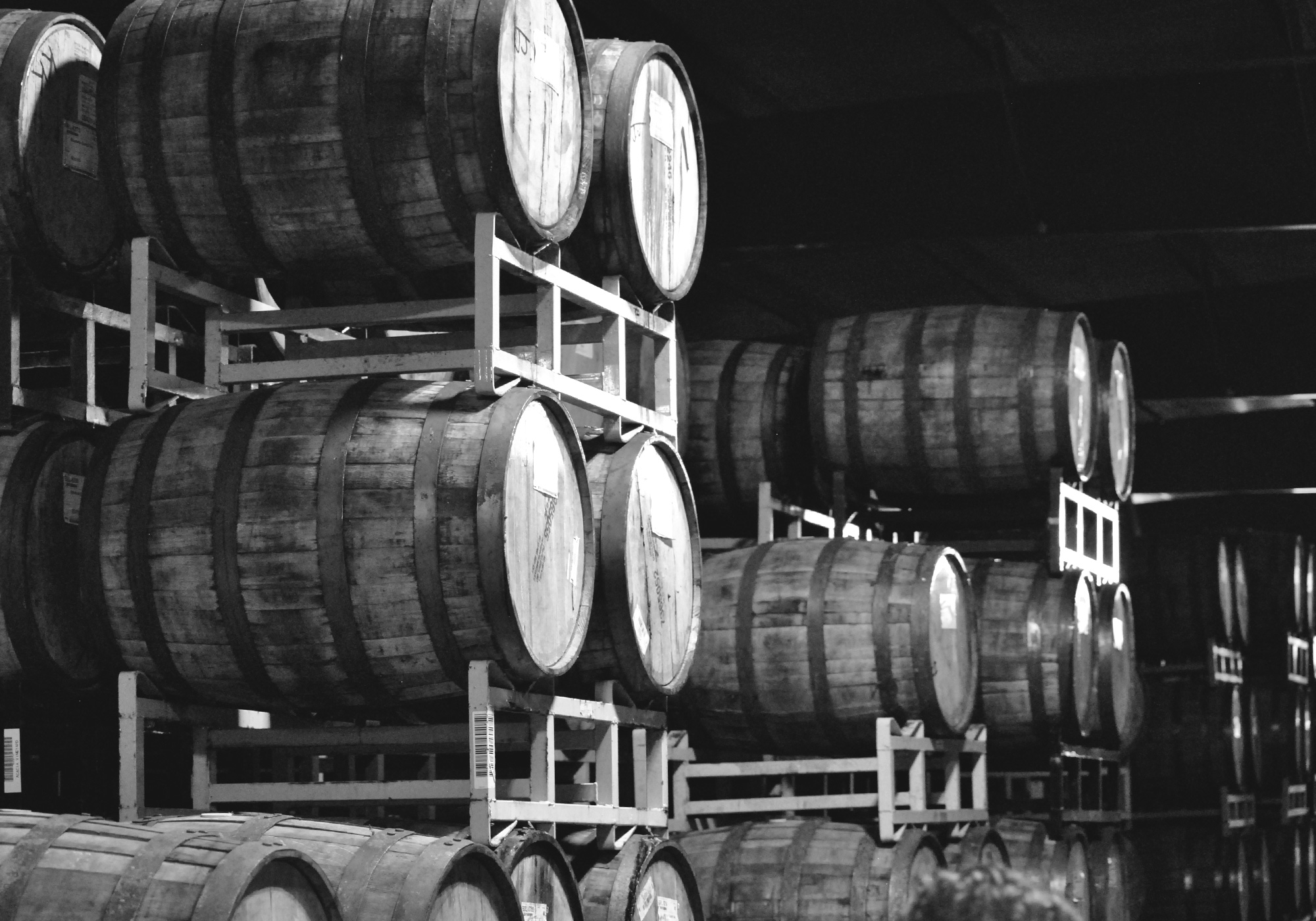 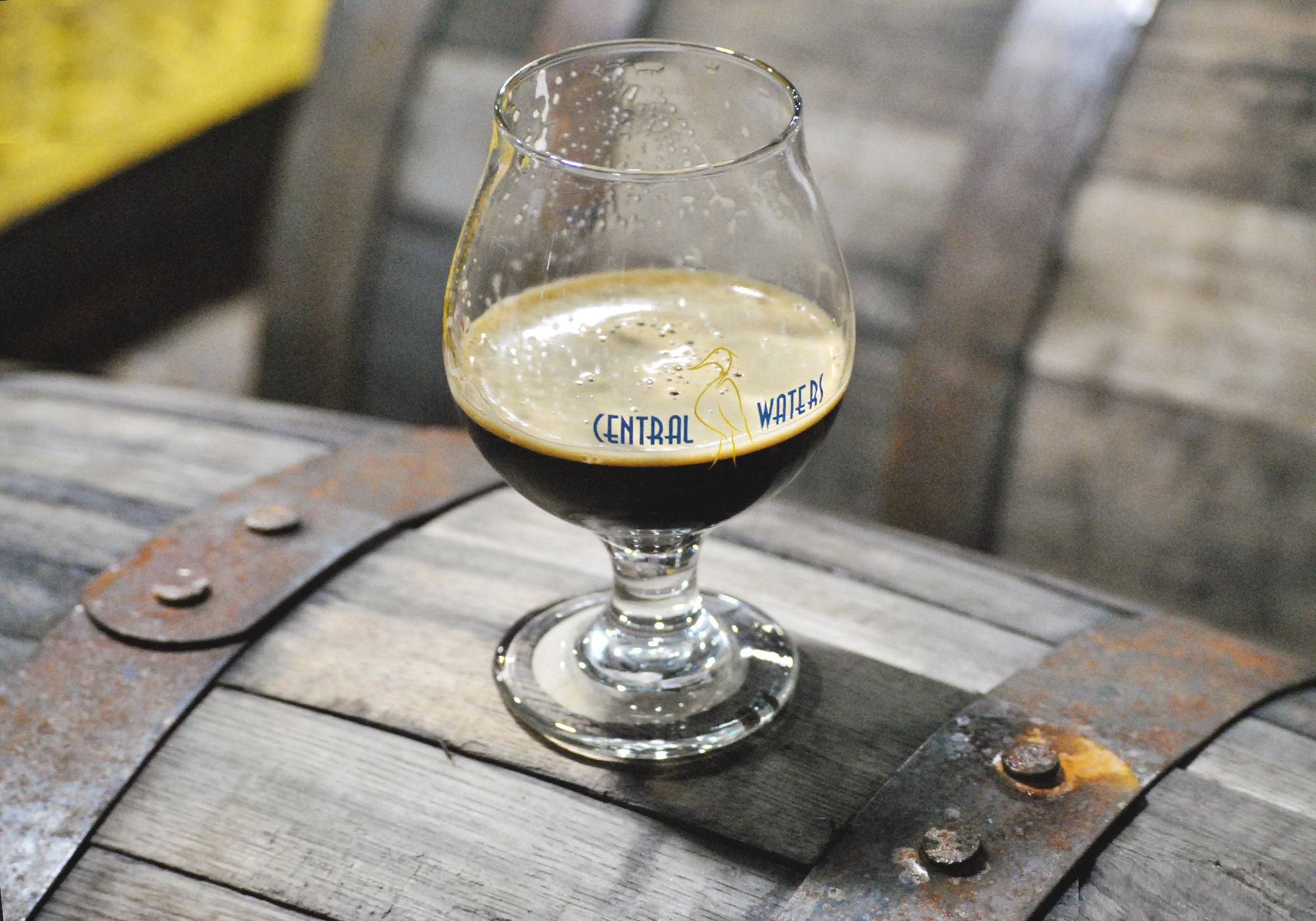 A huge thank you to Simon for showing us around the enormous Central Waters Brewery and to the Central Wisconsin Craft Collective for partnering on the trip. You can find Simon’s impressive lineup of barrel-aged beers in stores and bars throughout the Midwest.