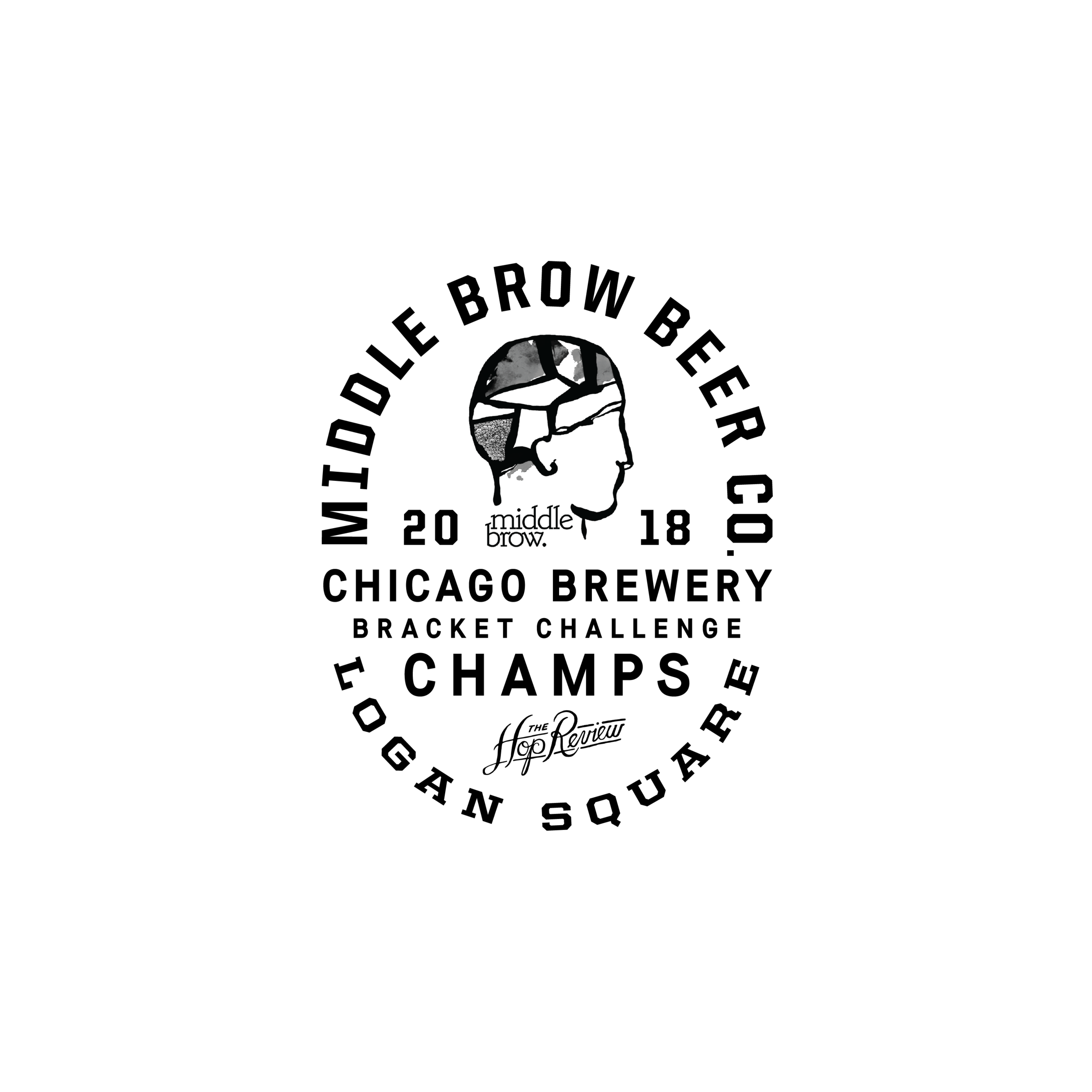 You won’t find the famously modest brewery boasting about their accomplishments too much, but they don’t need to with this kind of following. Tearing their way through the North region, things got a little more competitive in the later rounds, but nothing could stand up to the hoards who came out to vote for the small but powerful Logan Square brewery.

A repeat next year isn’t out of the question as more people get their hands on the brewery’s creative beer when they open their brewpub in early 2019. Until then, look for Middle Brow beer around town on tap and in cans at your local bottle shop. Congratulations to the folks at MBBC! 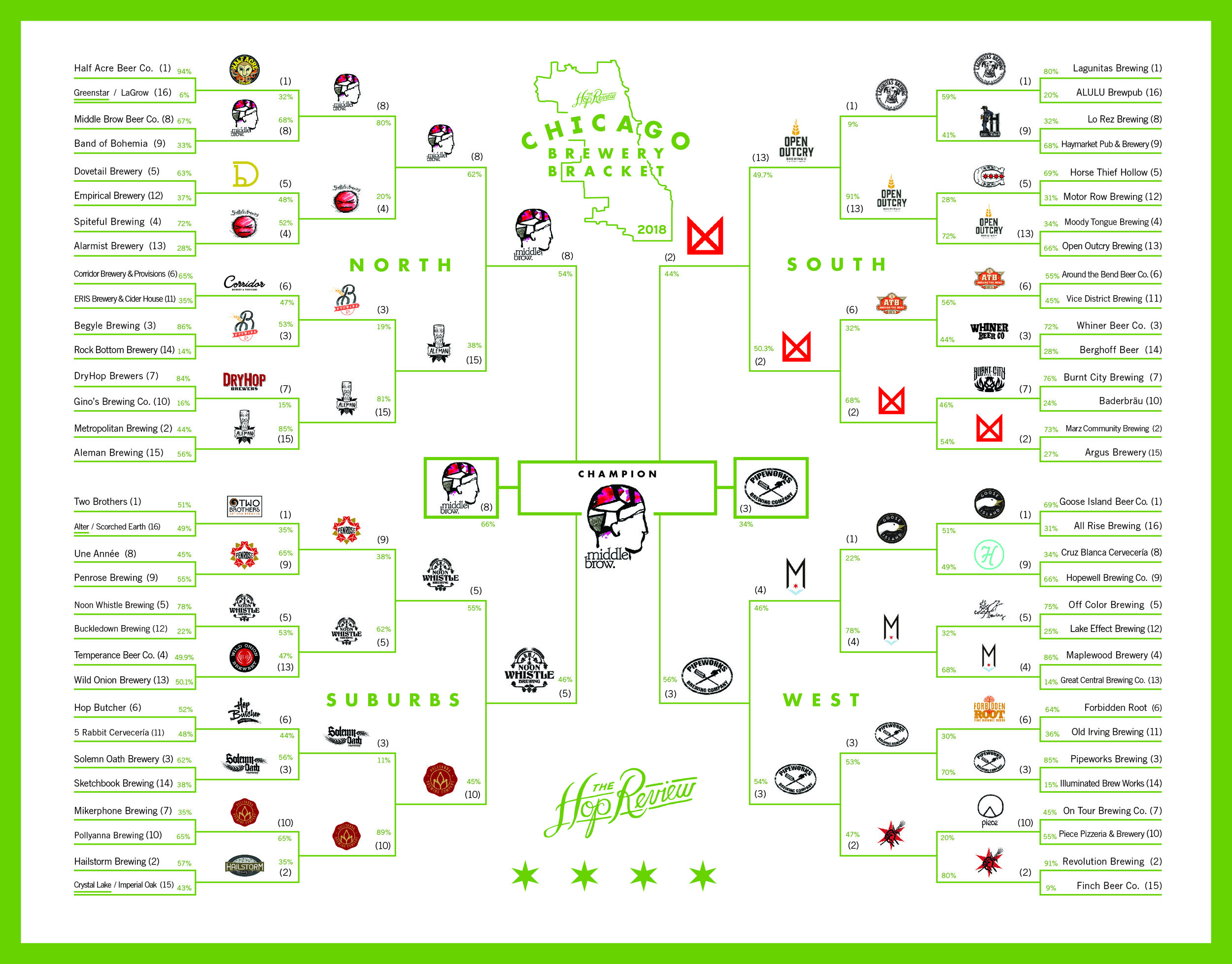 For a PDF of the completed bracket, please click here.

And with that, we’ve reached the end of another Chicago Brewery Bracket. Thank you to everyone who cast a vote or three across all 64 breweries throughout the last month. Let us know who your early favorites are for the 2019 bracket and which other breweries you’d like to see included next year. Now go grab a pint of your favorite Chicago brew…