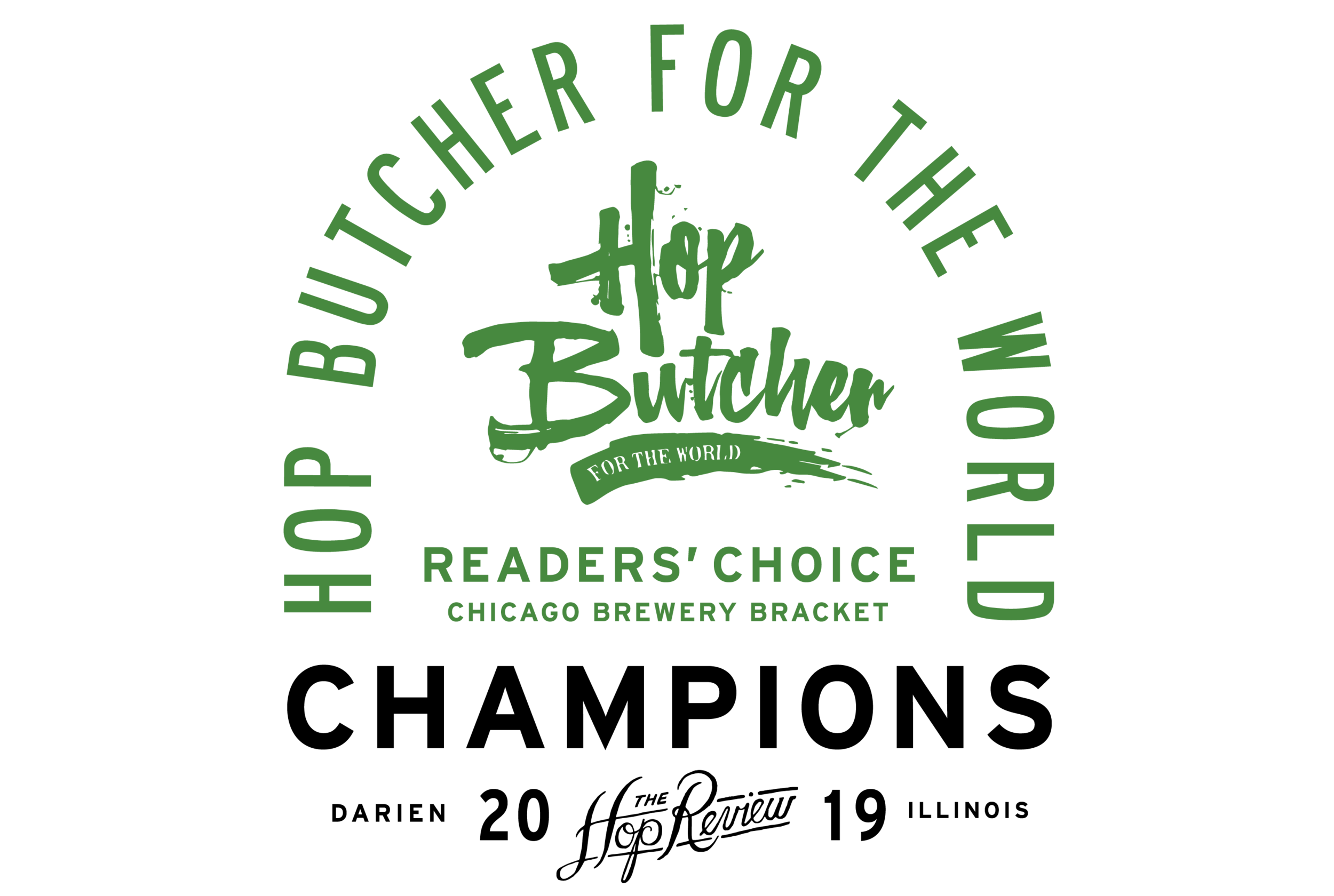 After a handful of impressive victories in the bracket, the city-dwelling-turned-Darien-Illinois brewery is the new readers’ favorite. Tearing their way through the Suburbs region, they outlasted arguably the most competitive part of the bracket to eventually get the win.

Now, many will hope that this helps leverage their push to eventually open their own taproom, where fans of haze will be able to enjoy their fair share of Unwind Your Mind, Smoke Filled Room, and Galaxy Bowl…fresh from the source! Until then, look for Hop Butcher beer around town at your favorite watering holes and in cans at your local bottle shop.

Congratulations to the folks at HBFTW! Now go grab a Blazed Orange. 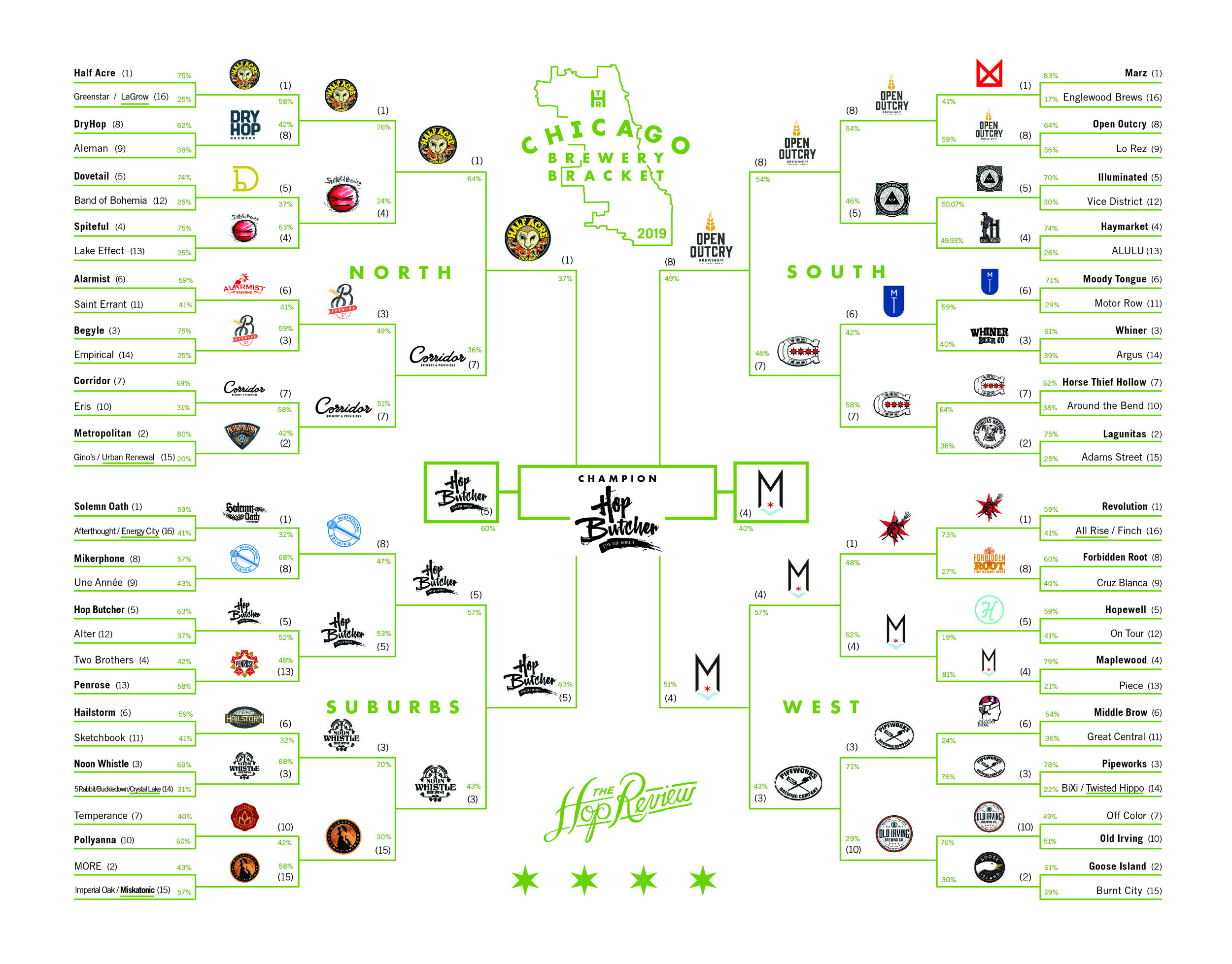 For a PDF of the completed bracket, please click here.

And with that, we’ve reached the end of another Chicago Brewery Bracket. Thank you to everyone who cast a vote or three across all 64 breweries throughout the last month. Let us know who your early favorites are for the 2020 bracket and which other breweries you’d like to see included next year. Now go grab a pint of your favorite Chicago beer…