A Beer with Coach Mike Ditka It’s not every day you drink a beer with a legend. This was the opportunity that fell to us when we sat down with coach Mike Ditka. A true legend in the annals of Chicago sports history, Ditka guided the Bears through their most successful period in franchise history, peaking with the 1986 Super Bowl — a feat the team has since yet to repeat.

But what does this have to do with beer you ask? Well, Ditka is getting his own. More specifically, he’s working with Northcenter’s Begyle Brewing to concoct a signature brew available exclusively at the Chicago Ale Fest this weekend. While the 78 year-old isn’t much of a drinker himself nowadays, he still has quite the nose for a quality beer as we discovered while he tasted through Begyle’s offeringing. As you’d expect, our conversation drifted from beer to football and his passion for the sport he still follows like a hawk… or is it a Bear?

Want to drink this one off collaboration with Iron Mike himself? Grab your VIP Ditka Meet & Greet tickets, available only for the June 1st and 2nd Chicago Ale Fest, while they’re still available. 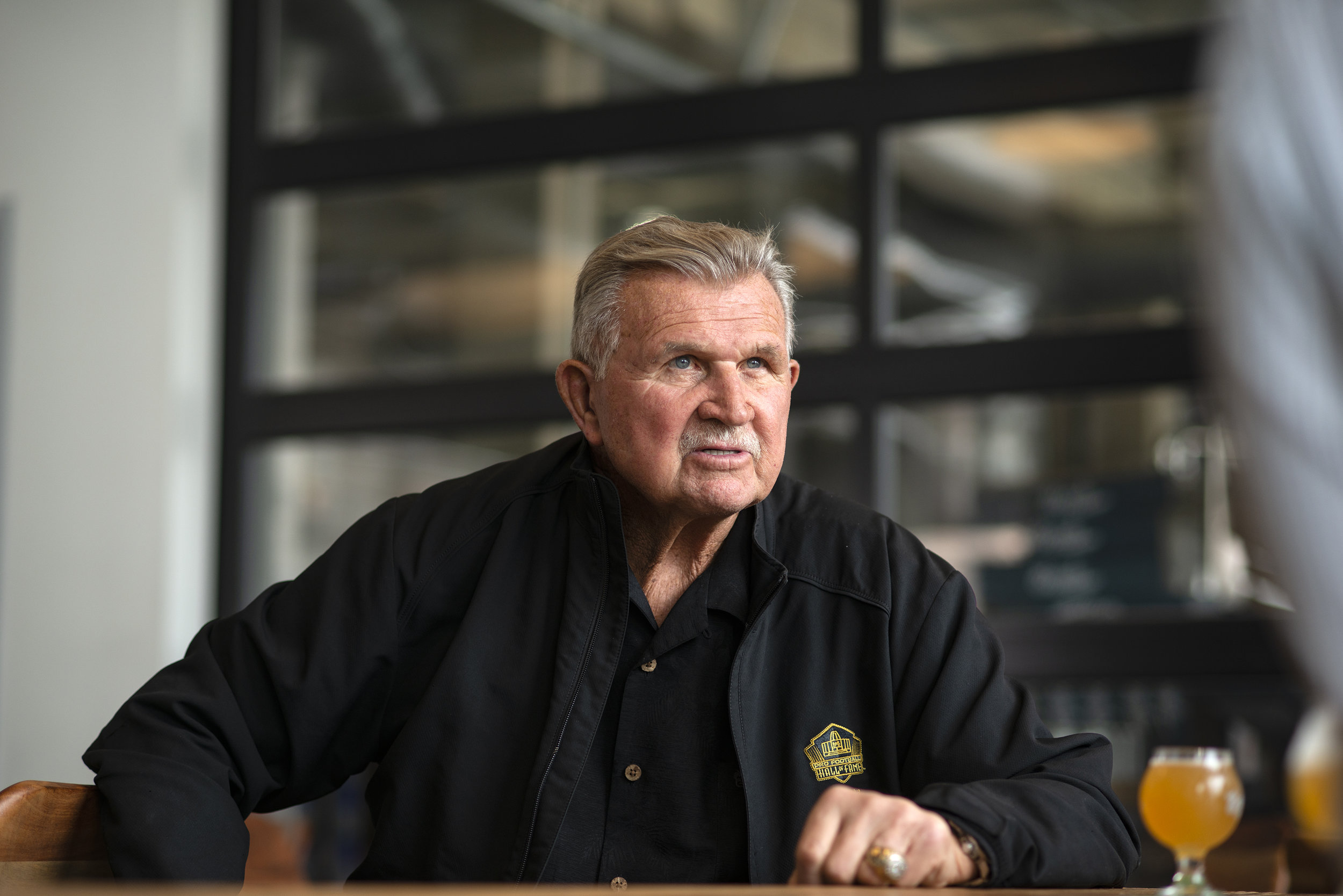 Welcome to Begyle! You’re obviously a big name in Chicago. Do you still live here?

I live downtown. I have a home in Naples, Florida and I’m down there about six months a year.

So you enjoy those Chicago summers?

Are you’re originally from Pittsburgh? Do you get back there often?

Not as much as I’d like to. I’ve got a couple restaurants there that do very well.

You guys come up with a Ditka brew, we’ll put it in [the restaurants]. I’m not sure how much craft brews we do, but we’ll call this Ditka’s Kick Ass.

That fits. A little internet sleuthing revealed you were on cans of Old Style back in the day?

We know you’re not much of a drinker nowadays. But back when you were, what was in your glass?

The beer I drank the most was Coors Light, because it was so light. I’d never heard of it until I got to Dallas. They didn’t have it here. But if I was going to drink anything nowadays, I’d probably go back to what I was drinking when I quit drinking about ten years ago, which was wine. It gets ya goofy. 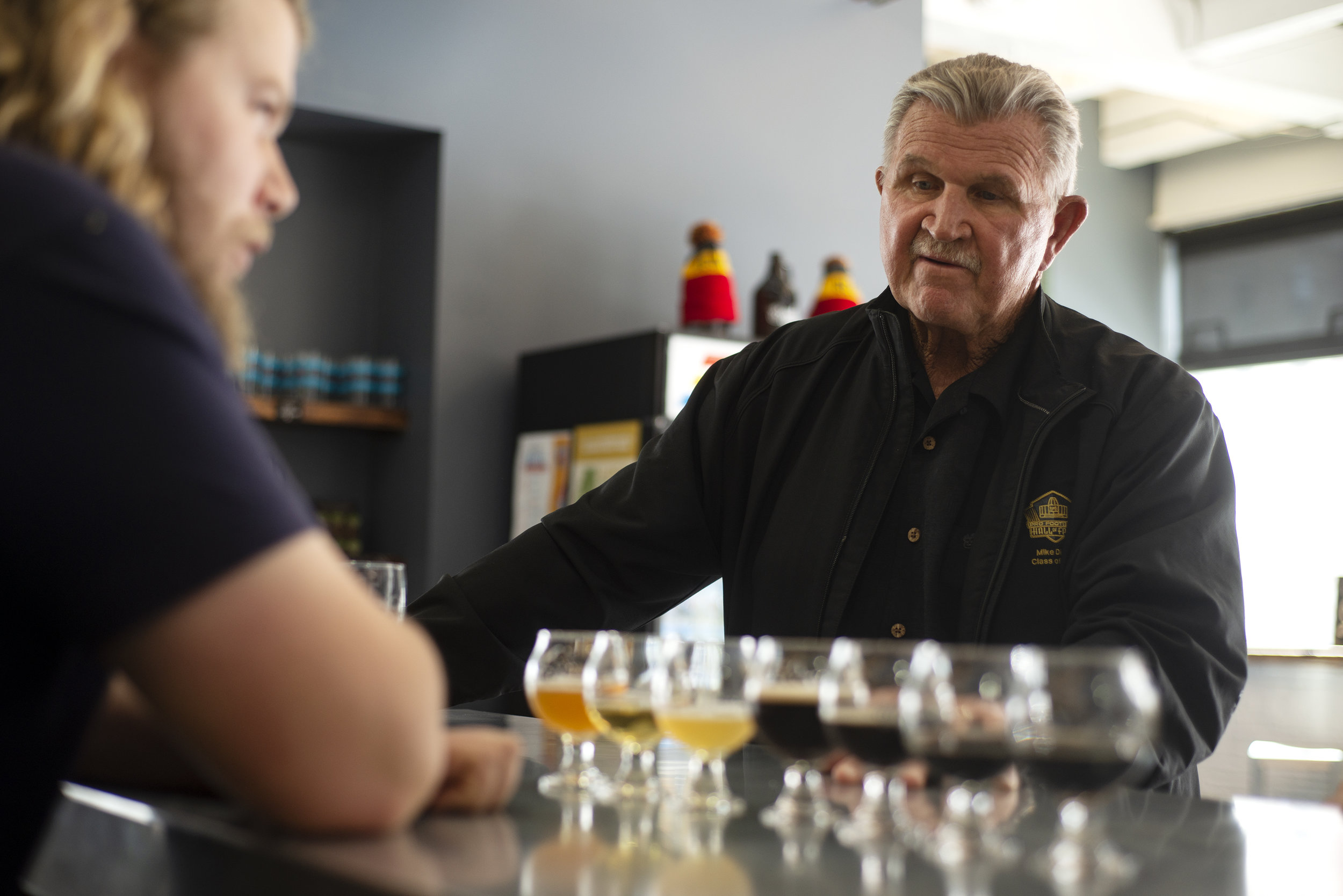 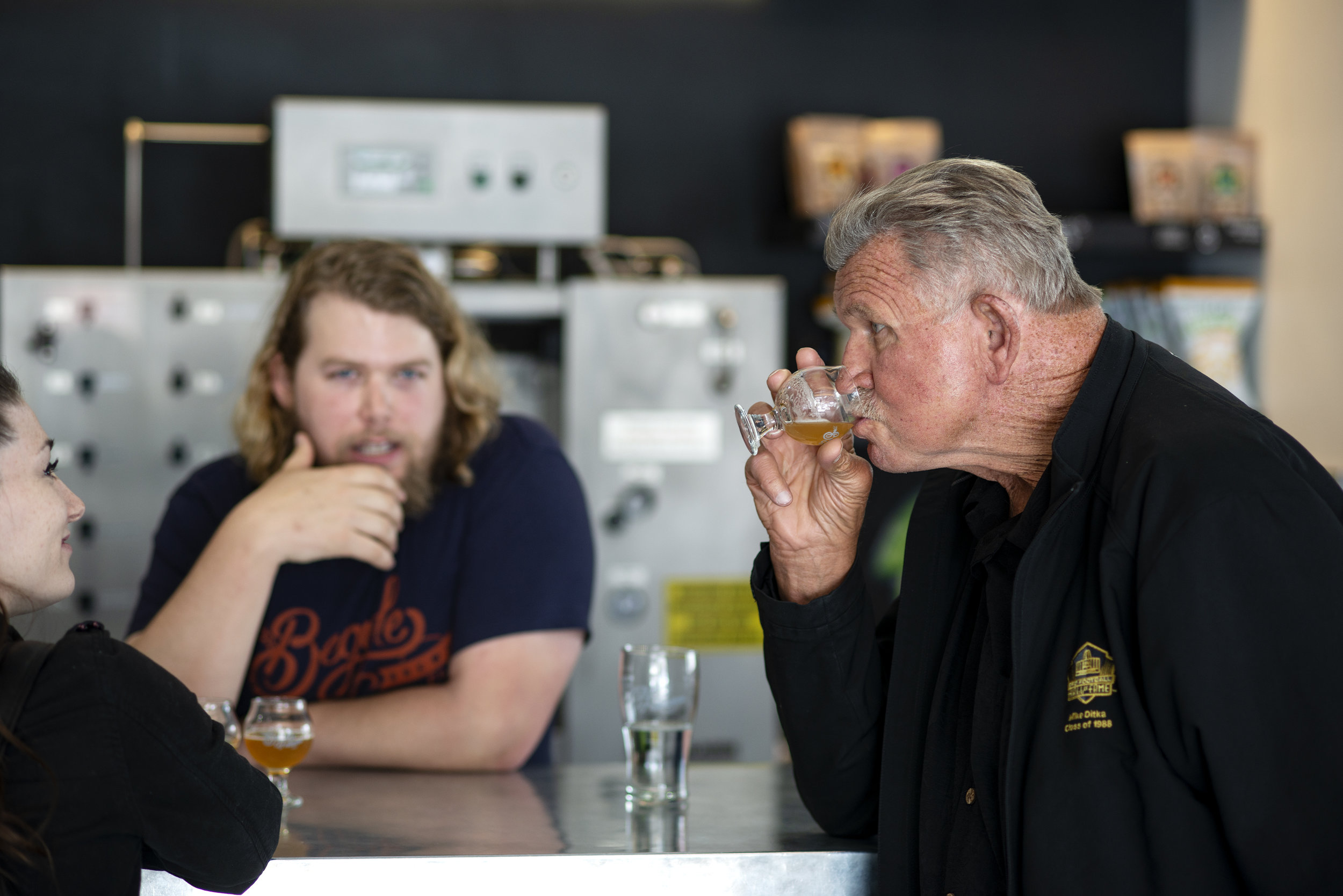 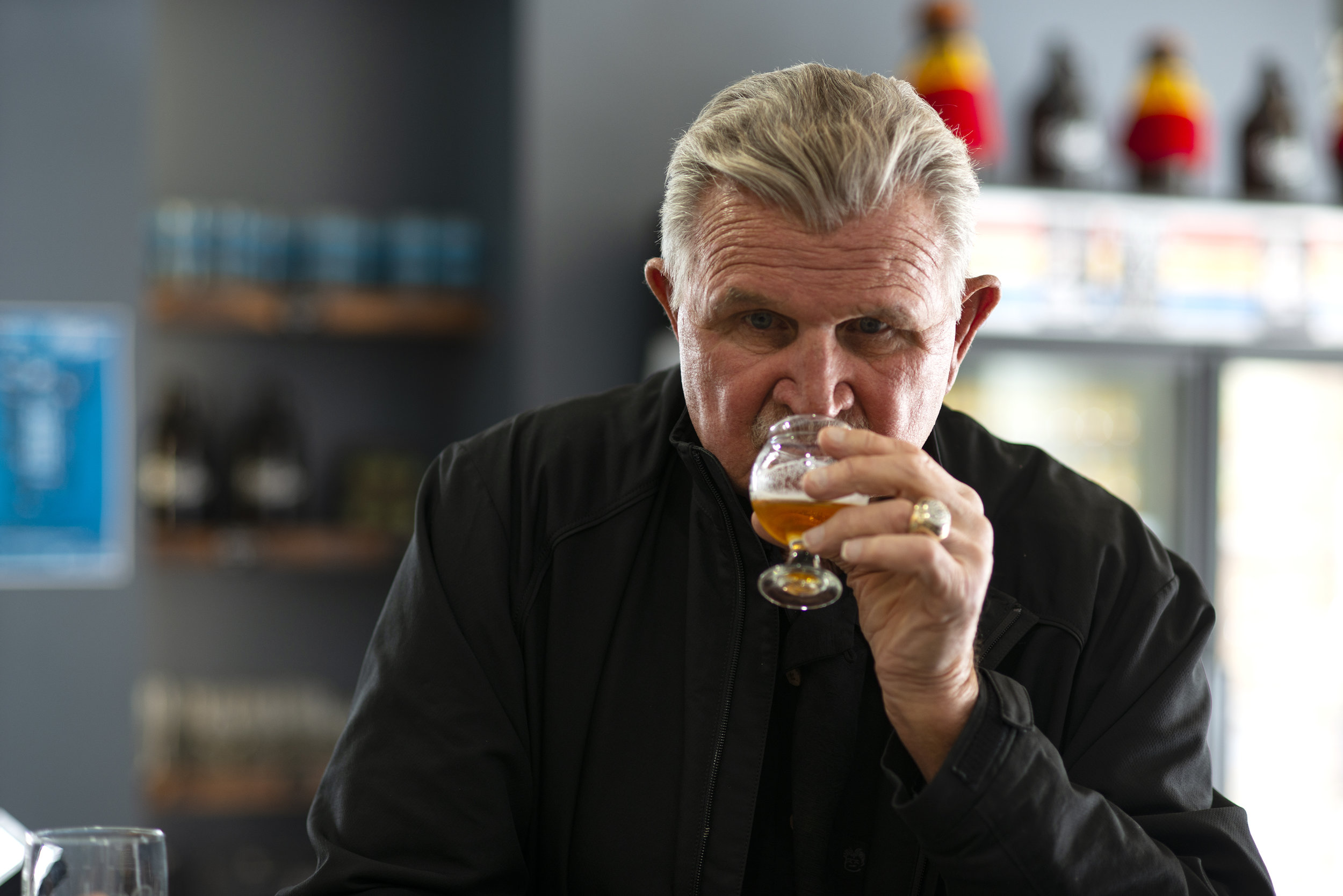 If you’re not eating at your restaurant, what’s your go-to spot around town?

I don’t go out anymore. I did all the places… Gibson’s… I’d go all over. But it just comes with age. I go home, put the TV on, and watch a baseball game.

Speaking of the Cubs, we’ve seen your rendition of “Take Me Out to the Ball Game”….

What happened was that we got caught in traffic. I had to run up through the stairs to get up to the press box. I could hardly breath. I’m not in that good shape, so when I had to start singing, it was terrible. Not that it would be good anyways, I’m not a good singer.

The NFL draft happened recently. Do you still follow the game?

Any rookies coming out that you’re really excited about?

There’s a lot of good rookies coming out. But that transition into pro football — a lot of people don’t handle it very well. The ones who handle it, will be ok. You look at people who may have had a fair amount of success in college who don’t have a lot of success in pro-ball. Then you see the opposite. I think a lot of it has to do with coaching and finding a system that fits them perfectly. I was too dumb for that stuff. I had a system where my quarterback had to run. McMahon did ok. He got pissed off at me a few times, but he did ok.

What’s one thing that makes for a tough transition between college and the NFL?

In every sport, the one constant in the pros is they’re bigger, faster, and stronger. Whether it’s hockey, baseball, basketball, or whatever. Athletes are just bigger, faster, and stronger, in most cases. When I played pro-ball, my weight at the time was about 220. Hell, 220 is a defense back or safety nowadays. A tight end is 250 or 260 and they can run. It’s the evolution of the game and the human body. I didn’t say they’d gotten smarter though….

Do you have a Super Bowl favorite this year?

Nah, I just root for the Bears. I like Green Bay for one reason. I like Aaron Rodgers because I think he’s one hell of a football player. You can’t help but appreciate New England because they’re professional at everything they do. Bill Belichick, it starts there and ends there. Really I just like to watch them. I don’t like to see the players act like ass holes, but some of them do.

Which of the Begyle beers were your favorites?

I really liked the Sunny Afternoon. I like the blonde one too.

If you could smoke a cigar with anyone, who would it be?

I’m not smoking a cigar for you. I’m smoking it for me. I’ve smoked cigars with some very big people. 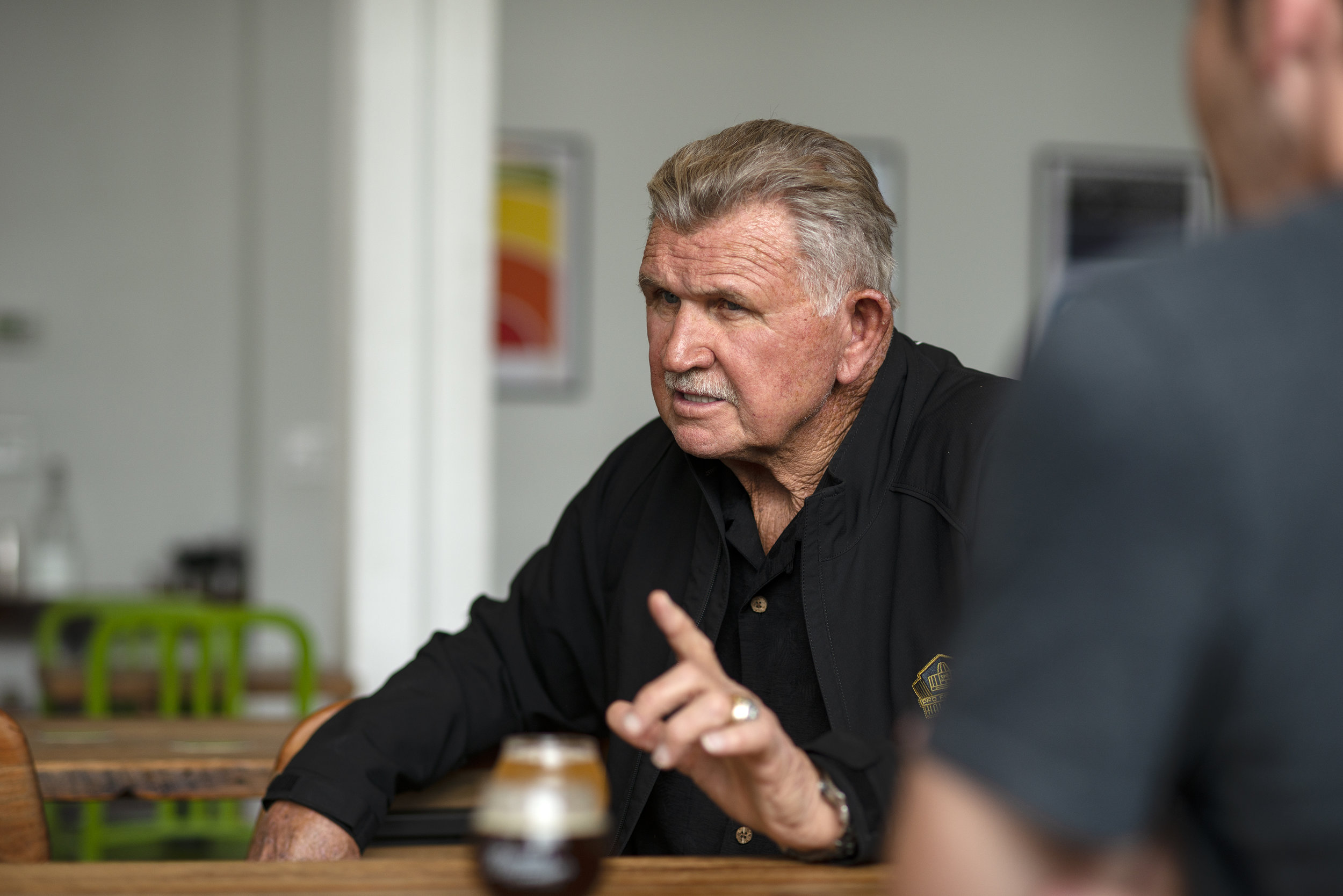 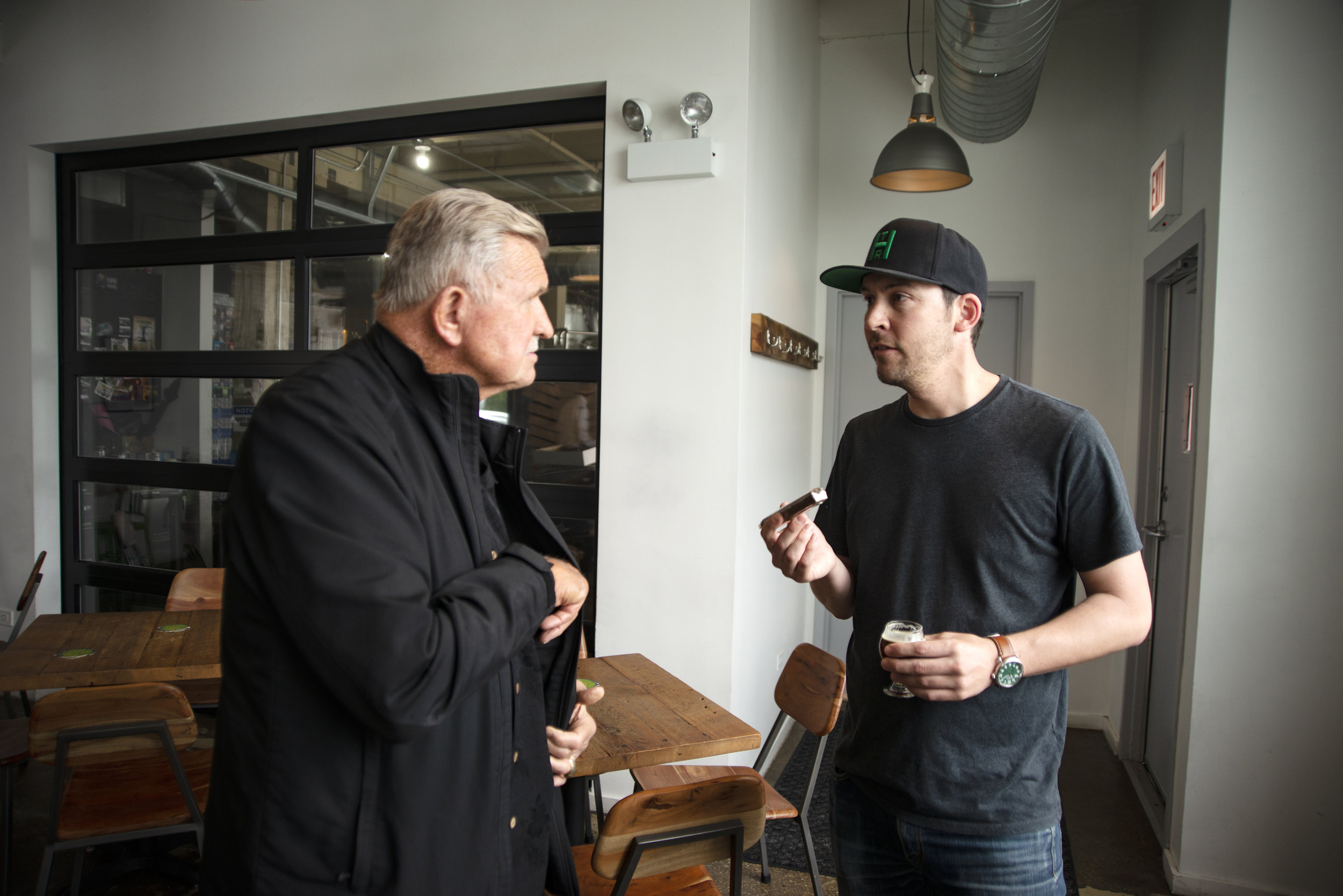 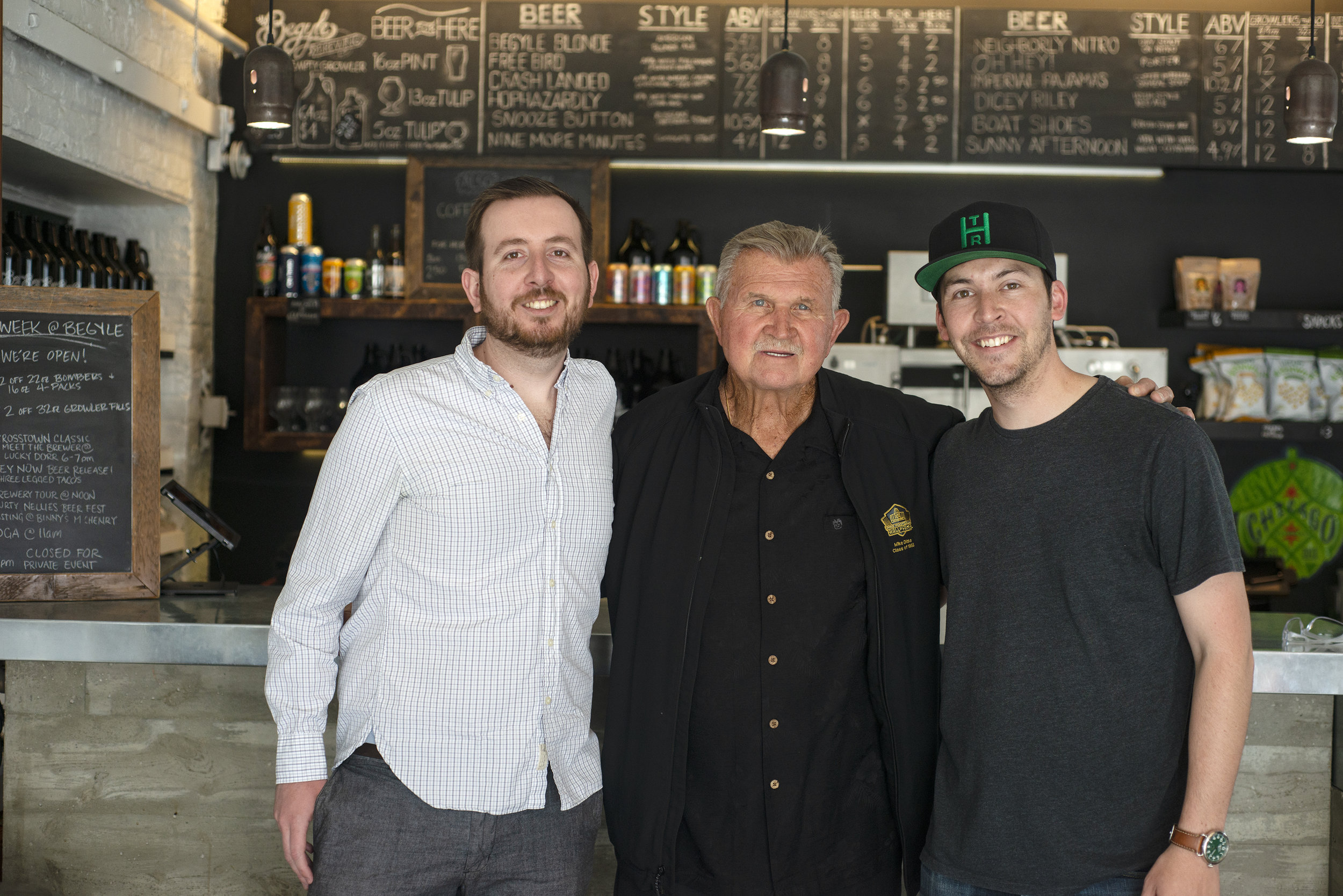 Thanks to Coach for taking time to sit down with a couple guys to talk beer and ball and even giving us a few of his signature cigars. Thank you also to Begyle Brewing for hosting and providing the beer. You can grab a beer with Ditka this Friday and Saturday, June 1st and 2nd at the Chicago Ale Fest. Tickets are still on sale so grab yours while you still can.