Melvin Brewing’s got the magic sauce at GABF Melvin Brewing is here to remind us all that if you take your beer too seriously, you are the definition of blowing it.

Yeah, craft beer has gotten a little too hip these days, and it’s time to bring beer back into the hands and mouths of the everyman (urban lumberjacks, you can come too).

The Alpine, Wyoming based brewery is expanding quickly (they just opened another location in Bellingham, WA) and poised on the brink of a full-fledged craft brewery takeover.

Co-Founder/Field Hoperative Jeremy Tofte and his onesie-clad team recently took home three gold medals including Brewery Group of the Year at the Great American Beer Festival in Denver, Colorado, where they first broke out onto the national scene in 2012. The crew rocked up with a school bus instead of a booth, elephant mascots, 90’s hip hop jams, and an amateur wrestling match after-party. Somehow, a fat, balding dude in a unitard body-slamming a jacked Viking wannabe perfectly captures Melvin’s irreverent take on beer and good times.

We managed to corner the elusive Tofte (nobody knows which river his van is parked down by these days…) and talk about the ruckus, the madness, the teenage mailbox arsonist’s wet dream that is MELVIN.

Tupac. Just because he’s from the West Coast…I listened to Digital Underground a lot as a kid.

Our head brewer Kirk, we call him Kirk McGirt, he brought the Wu-Tang Clan to Melvin.

Solid addition I’d say. How did you first link up with the infamous Kirk McGirt?

When I was surfing all the time in Southern California. I would surf every morning, surf every evening, and then go for beers. The place I went was just this little spot called Pizza Port in Carlsbad, where Kirk worked. Best beer I’ve ever had in my life. It was 2002-2005, kind of the dawn of a new generation of brewers starting to do what’s become the West Coast IPA, and that beer didn’t really exist outside of San Diego. The first time I had one I was like, this is life-changing. So, being the person I am, I found out who Kirk was, hunted him down, and made friends with him. Then when he got fired slash quit Pizza Port…depends who you ask… I went in for the kill and got him to move up to Wyoming.

Drunken Master is my favorite Melvin beer right now. What’s the story behind this IIPA?

In all of our pubs we play kung-fu movies. You can go to any bar in the world and watch SportsCenter. Who cares. Drunken Master is a Jackie Chan movie from when he was really young…it’s kind of the beginning of his stunt career. And sometimes we call Kirk the Drunken BrewMaster. I’m gonna have one tonight.

Are you a (drunken) kung-fu master?

No, but I think if I ever got in a fight, I’ve seen enough kung-fu, I could probably kick their ass… no, I definitely could. I’m a fighter, not a lover.

You kicked some ass at GABF… Melvin cleaned up. What are the memories that stand out to you from that bender of a weekend?

I have two of them. The first one is the real connections we have with the people in our industry. Getting on a personal level, being able to be soundboards for each other, therapists for each other… that’s important.

And the other moment?

As we were getting up on stage for our second gold medal [Hubert in the American Style Strong Pale Ale category] they announced us as Brewery Group of the Year … I freaked out. I zipped up my onesie… there are no eye holes… I was grinning like crazy behind it. I accidentally got elbowed in the face by Travis [Melvin sales rep]. I assume it was on accident.

The Smooth Hoperator. My wrestling partner is Theo Hopstable aka The Flying Mantis.  Just wait for the video we’re releasing with WWE Hall of Famer “Hacksaw” Jim Duggan in March. I’ve got some pretty sweet moves.

I saw a few of those moves at Melvin’s last GABF after-party at The House of Flying Barrels, actually. That was probably the most fun party I’ve ever been to. How do you come up with crazy shit like human ring toss?

I don’t know. It just happens. I get the silliest ideas, and the whole point of our marketing/sales crew is to think of the impossible and make it possible. As we grow more, we can get crazier, stupider and more unsafe.

The proceeds from your party went towards new nonprofit partnerships with The Chill Foundation and Water for the People. Can you explain the importance of breweries giving back to their communities?

Water gets used in the brewing process to an extent most people don’t realize. A really good brewery, like New Belgium, probably gets it down to 3-4 gallons of water used per 1 gallon of beer produced. A really inefficient brewery would probably be 10 + gallons. So, as an industry as a whole, we take a lot of water out of the water table. We are trying give that water back in different ways. We just worked with Oskar Blues to send a bunch of pallets of water down to Puerto Rico, and we are doing another couple shipments this week.

That’s makes me feel a bit better about my post-GABF moral hangover. So, there are a lot of rumors and hype surrounding-

Heterosexual. I just want to get that out of the way, that one time in Vegas…

Wow. I was going to ask you about the rumor that you lived on the Melvin bus aka your booth at GABF, but…

Yeah, for two years. The bus only went 52 mph, I got it from the border patrol in San Diego and turned it into a house.  Now I live in a Sprinter van.

What’s next for Melvin?

We are going international, just for fun. I’m going to Thailand and Korea tomorrow morning for a month, then Japan in December, get some surfing in on that trip, and China in February. We call it the slip it in and pull it out move, where we slip Melvin in, pull it out, slip it in, pull it out, so they’re always wanting more.

And it seems to work. 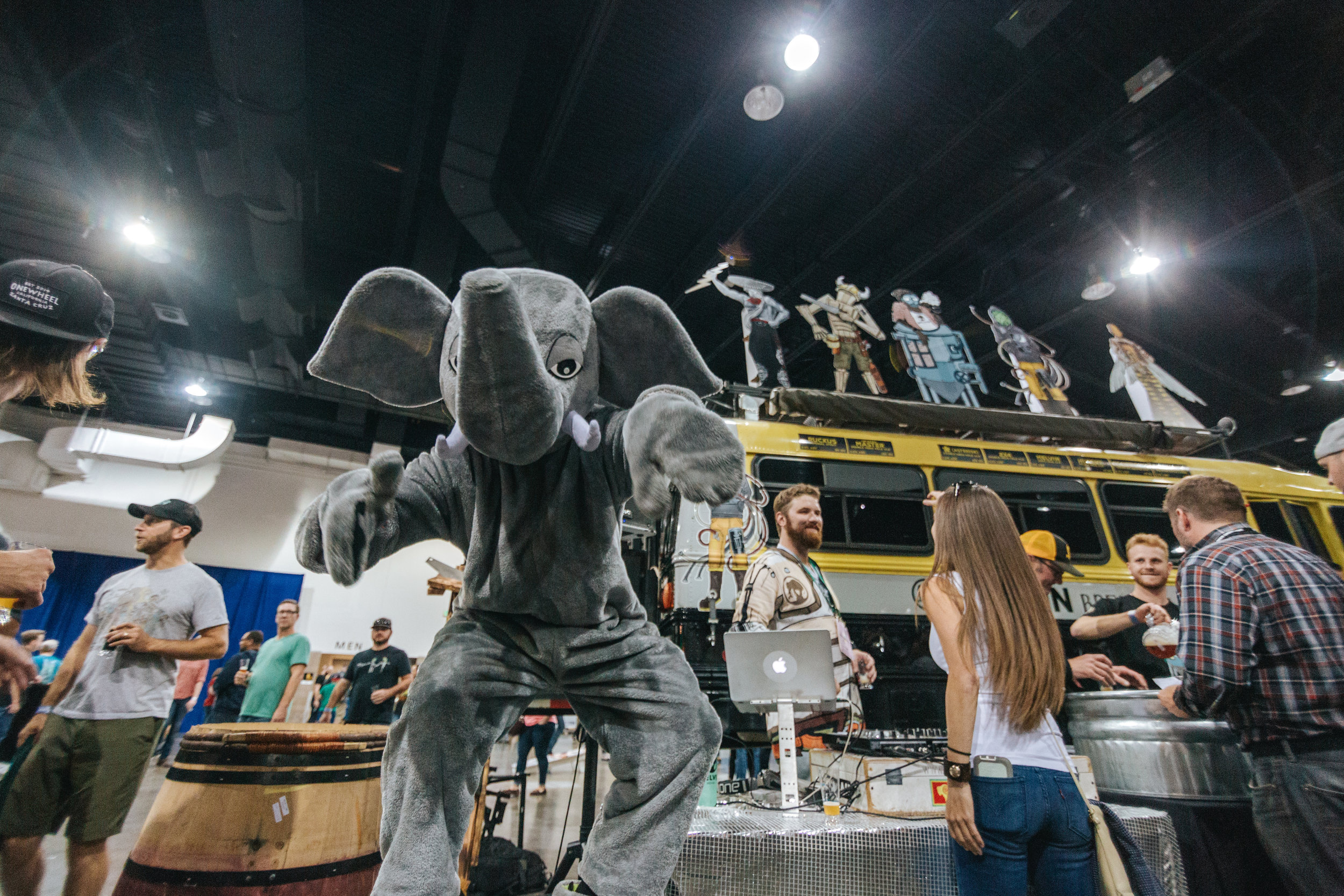 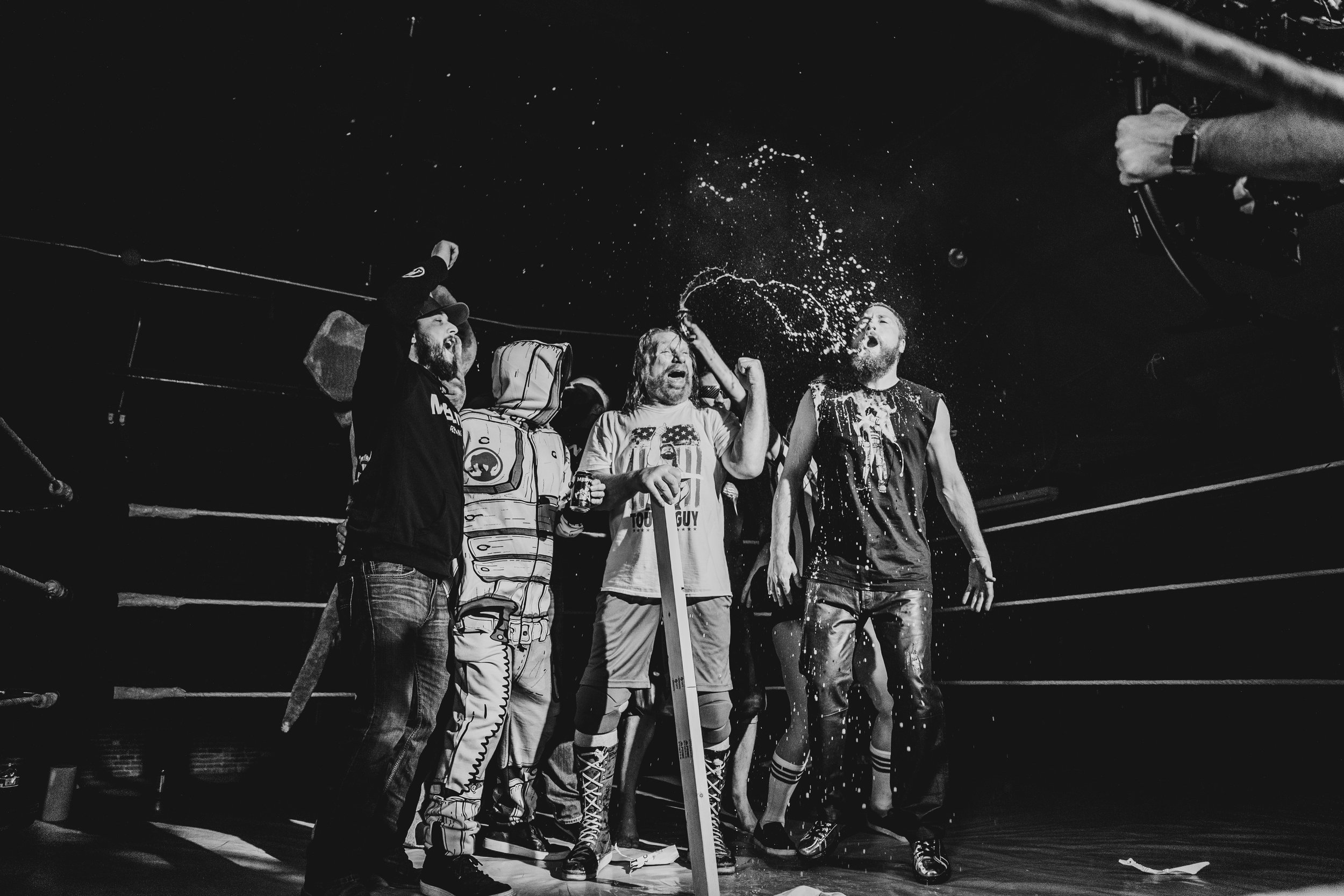 Authored and photographed by Michelle DeLong, contributor for The Hop Review.

Michelle is a writer, editor, copywriter, PR strategist and digital content creator based out of Jackson Hole, Wyoming. You can read her other writings on her Contently site. This is her first piece in collaboration with THR. 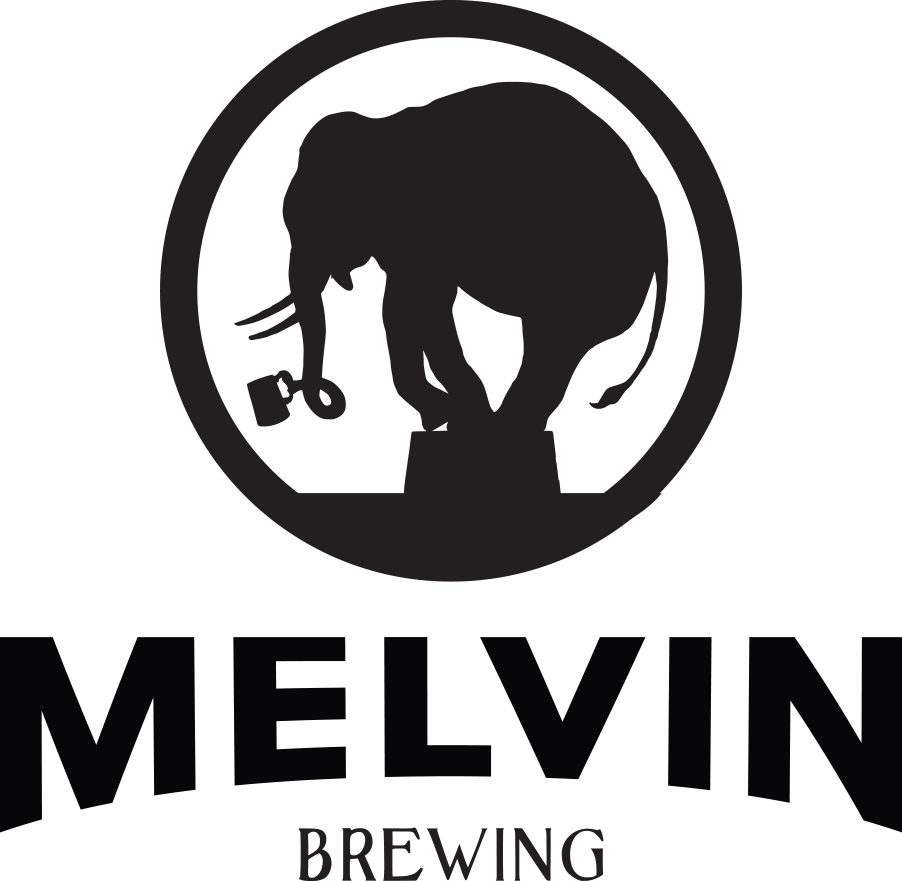