Every brewer, Cicerone, or craft beer nut out there has at least one story in common. Each will remember a beer or two that first made them realize there was more to beer than the fizzy yellow liquid most of us consumed liberally at college. Despite our Midwest upbringing, for at least some of us at The Hop Review, one of those beers was Rogue’s Dead Guy Ale. While we’re certainly drinking a much wider range nowadays, we’ve been known to return to those early day beers in times of indecision or lack of choice.

Rogue has been at the brewing game since the late 80’s, making them one of the pioneers of the modern craft movement. For nearly that entire stretch, Brewmaster John Maier has been leading the “revolution” at the Oregon brewery, winning over 450 awards during his tenure. We had the chance to shoot a few questions over to John to find out his thoughts on current trends in beer, the importance of Rogue Farms, and get a glimpse of what it’s like to work at one of the country’s most influential breweries. 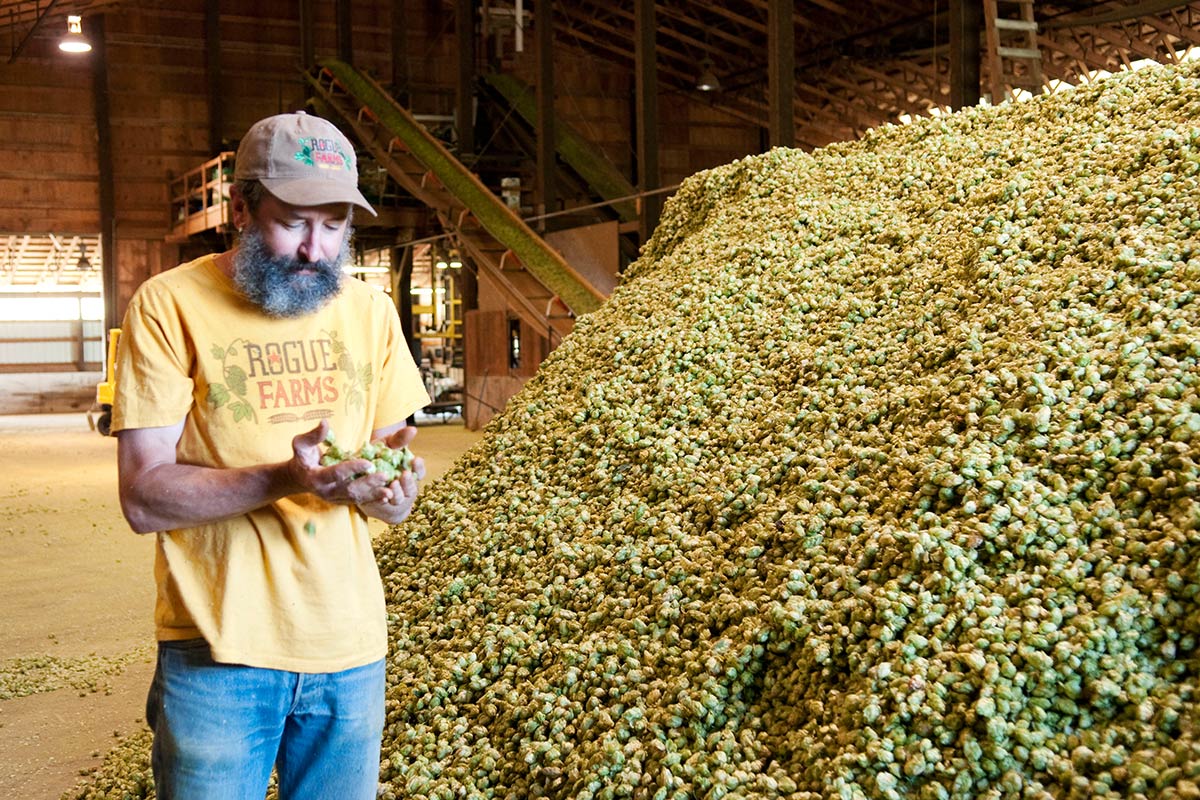 You’ve been at this since 1989–a true stalwart of American brewing. How do you stay inspired as a brewer?

I enjoy the adventure and creativity of it. As a small revolution, we’re always fighting the status quo which usually means not doing things the easy way. For example, we became beekeepers, so we no longer had to buy honey from someone else. It’s not a simple thing to do but it’s an adventure to raise the honeybees and even more rewarding to be able to open up a bottle of our Honey Kolsch and taste all of our hard work.

You came from an aircraft engineering background. What’s the biggest takeaway or skill from your previous career that has carried over to brewing?

Being able to troubleshoot problems using the analytical skills that I learned.

For someone who’s never tried a Rogue ale, what’s the foremost reason to make that purchase? What’s your ‘Rogue’ elevator pitch?

I’m a brewer, not a salesman. I would just encourage them to try our beers if they’re looking for something flavorful and for a wide variety of styles.

What value does Rogue Farms bring to the brewing side of the business?

Our beer begins in the dirt. I can go to the farms and actually see, touch and sniff the ingredients myself. We grow the ingredients I need for my recipes and there is a strong sense of satisfaction from brewing with ingredients we grow ourselves 77 miles away from the brewery. So I get to brew with really fresh ingredients, right off the truck, such as the pumpkins for our Pumpkin Patch Ale. We take good care of our crops and you can taste it.

Growing, malting, roasting, and smoking your own completely changes the relationship between you and the ingredients. They’re no longer something you bought, like flour at the grocery store. They almost become part of your family. The satisfaction and pride of brewing with ingredients from our own farms is so incredible it’s hard to put into words. We have a lot more respect for farmers, too. 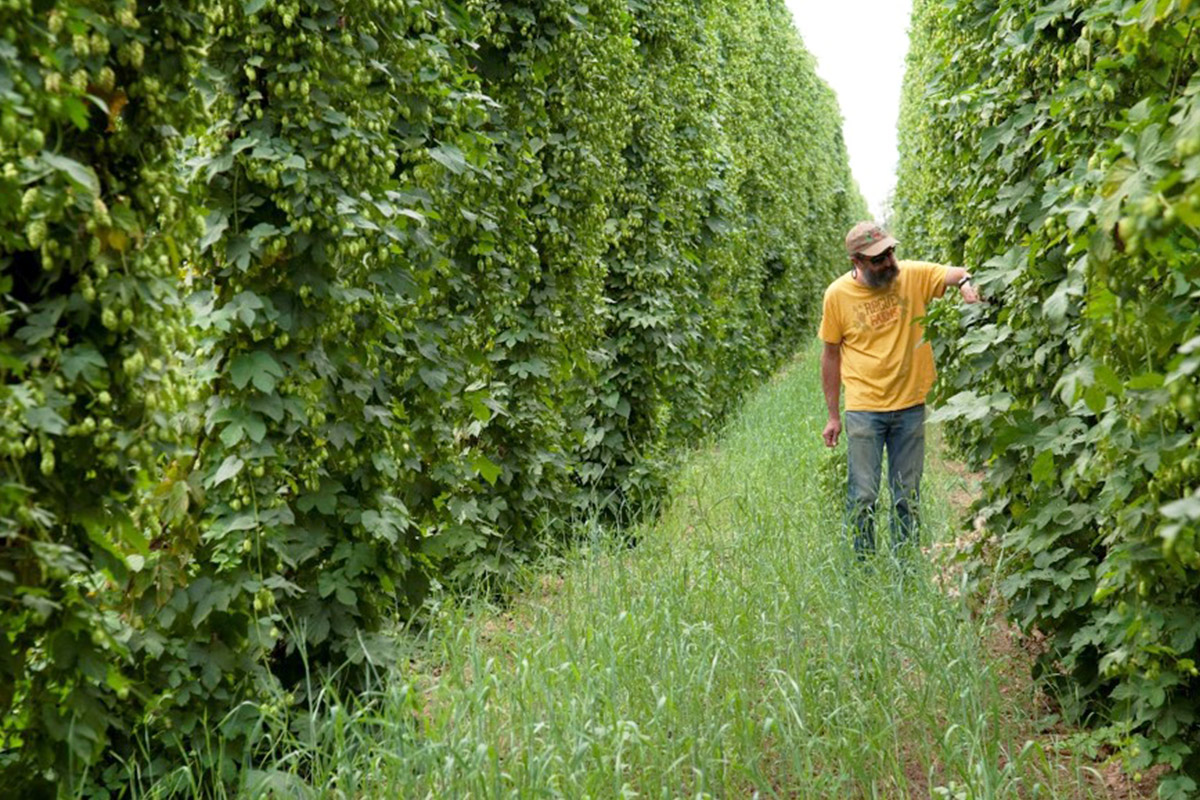 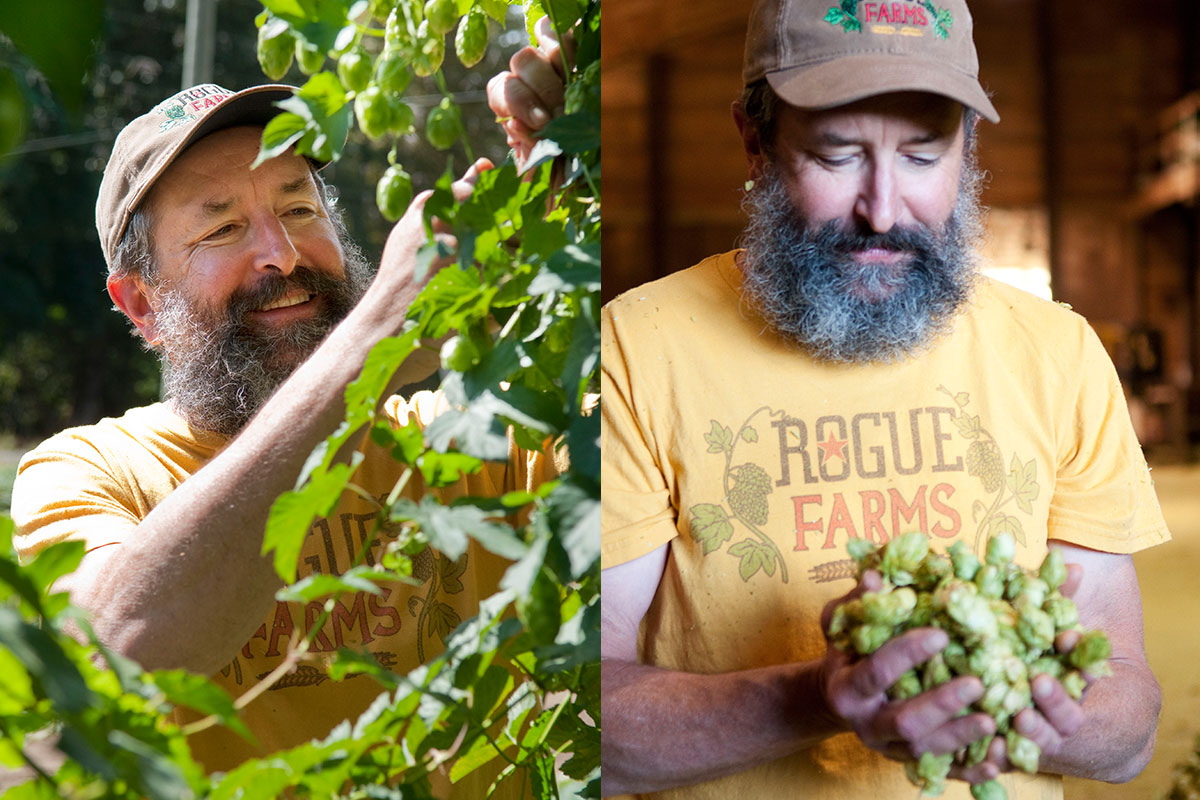 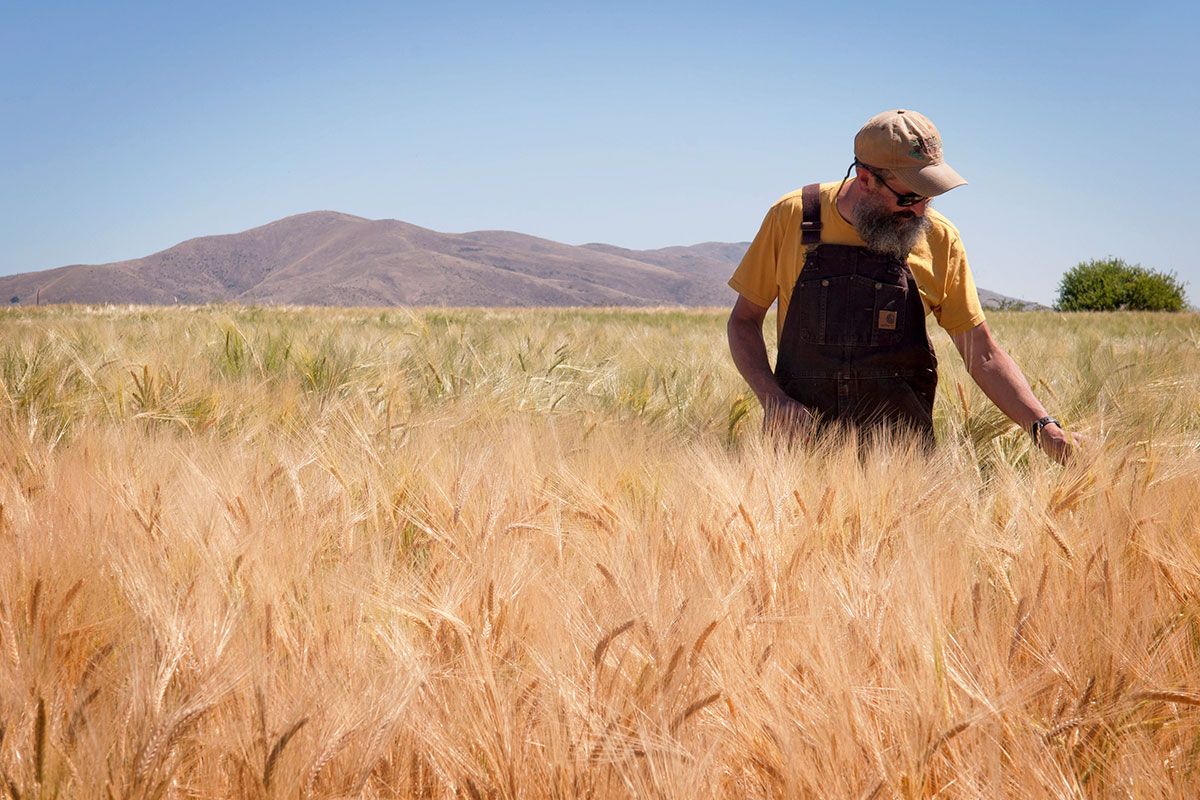 The latest series from Rogue–The Hop Family–is all about showcasing your home grown varietals. How long has this project been in the making?

We started growing our own hops in 2008, so you can say that’s sort of the beginning of the Hop Family series. We wanted to showcase our “star” crop, and its versatility — how better to do that than in a variety of unique IPA’s.

What challenges did this series bring in creating four distinct IPAs?

We believe in terroir in beer. We know that ingredients we grow on our farm, such as hops, are unique because of the soil they’re grown in and the climate. The hops are so different that it was challenging not to make a beer for each of them. I selected and blended these combinations to a diverse and flavorful lineup of IPA’s, each with its own distinct flavor and character.

A bunch of us headed out to the farm about a week after the floods were gone and cleaned up the place in a day. It was a big mess but it could have been so much worse. When Rogues get together there’s no job that’s too big or too difficult.

Rogue as a company is the true self-sustaining beverage brand. You have your own hop farm, have your own distillery, your own cooperage. What else is left to cover?

You forgot to mention the barley farm. We grow two varieties of malting barley on 200 acres near Tygh Valley in the rain shadow of Mt. Hood. As for what’s left to cover, we’re always working on new beers and new crops to grow. We’re always experimenting with new crops and new techniques. The thing is, when you work with a truly Revolutionary brand like Rogue, you never rest. We’re always looking for ways to get better, and to try things that no one else will even think of doing.

One of the first craft beers I ever drank was Dead Guy. That style is fairly common nowadays, but was unlike anything I’d had back then. What trends do you see happening in the craft beer world now that the market and consumer is more mature?

We don’t track beer trends, we just focus on our own revolution to make world class beers and DIY. We even go back in time with our “innovations” through becoming farmers and just recently by making our barrels at Rolling Thunder Barrel Works, our cooperage.

The bomber seems to be the preferred format for your brewery. Why is that? Dead Guy is the only one I can think of nationally distributed in a 12oz format, no?

Our beer is made for sharing, so we put it in 22 oz or 750ml (same size as a wine bottle) to encourage enjoying the beer with friends. 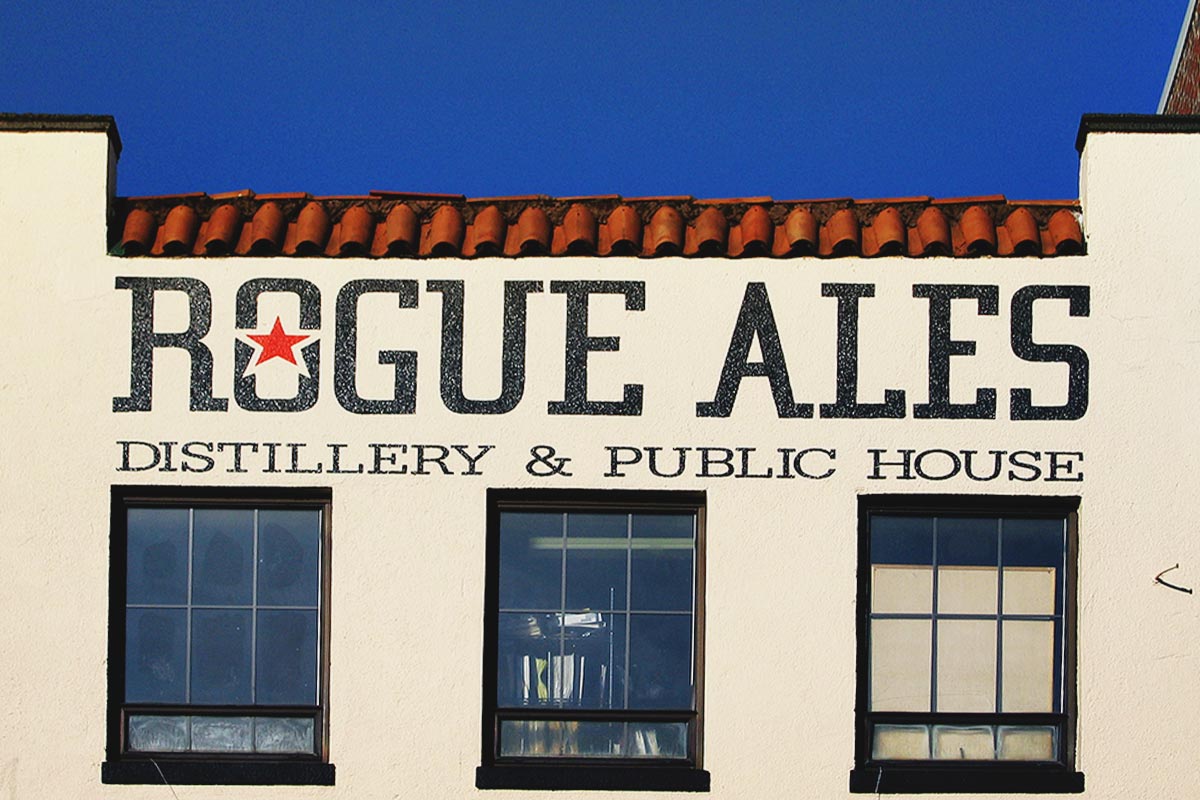 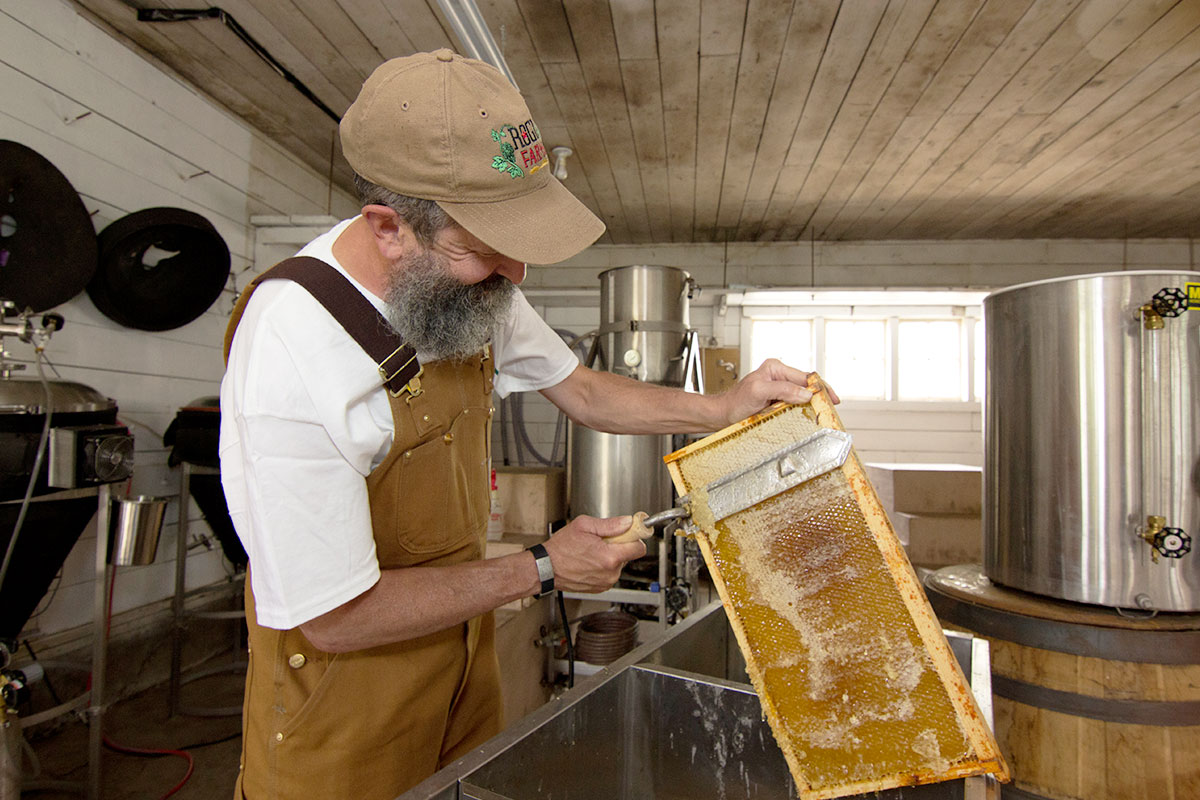 How has the craft beer scene changed in Oregon over the last 28 years since you opened your doors?

We are still David throwing the rock at Goliath. We don’t really care if we hit the giant, we just enjoy throwing the stone.

Rogue has come under some criticism in recent years from past employees. You’ve been there for many years so have obviously had a positive experience. Can you describe the Rogue family and what it means to work there?

Rogue gave me the opportunity to be creative, to try new things, and to brew some amazing beers. We don’t use focus groups or research to tell us what to brew. If someone has a good idea, we’ll try it. If we like how it tastes, we’ll make more. The accountants don’t tell me how to do my job.

Who is “John Maier” when he’s not in the brewery creating? What do you do outside of making beer?

Hanging out at home with my wife and Curly Coated Retrievers, listening to music, and riding one of my bicycles. We like to travel so we do that when we can.

What is in your glass when you’re not drinking Rogue beers?

It depends on who’s buying, ha!

We hear the term ‘Rogue Nation’ plenty. What does it mean from your perspective to be rogue, in the brewing world? 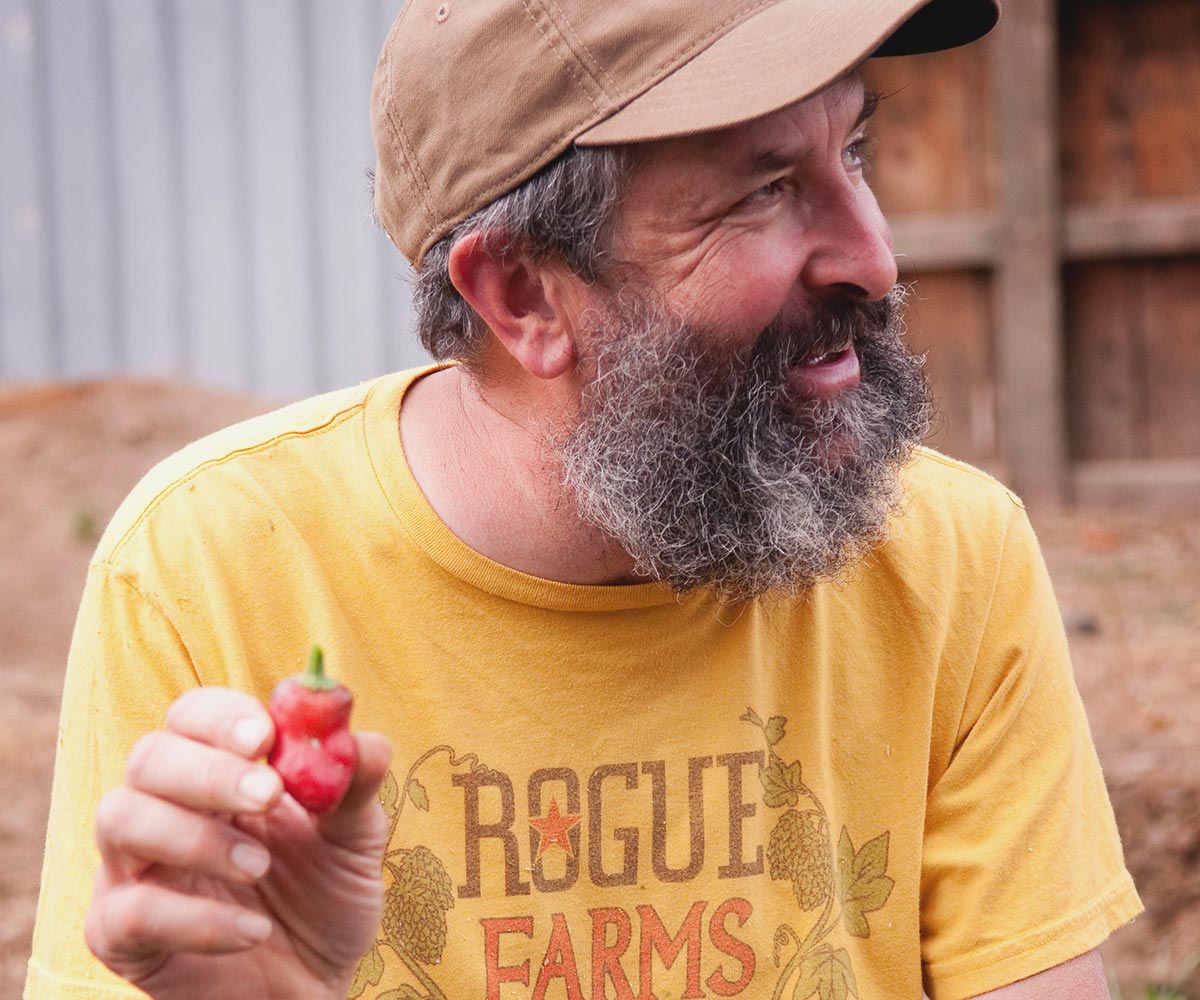