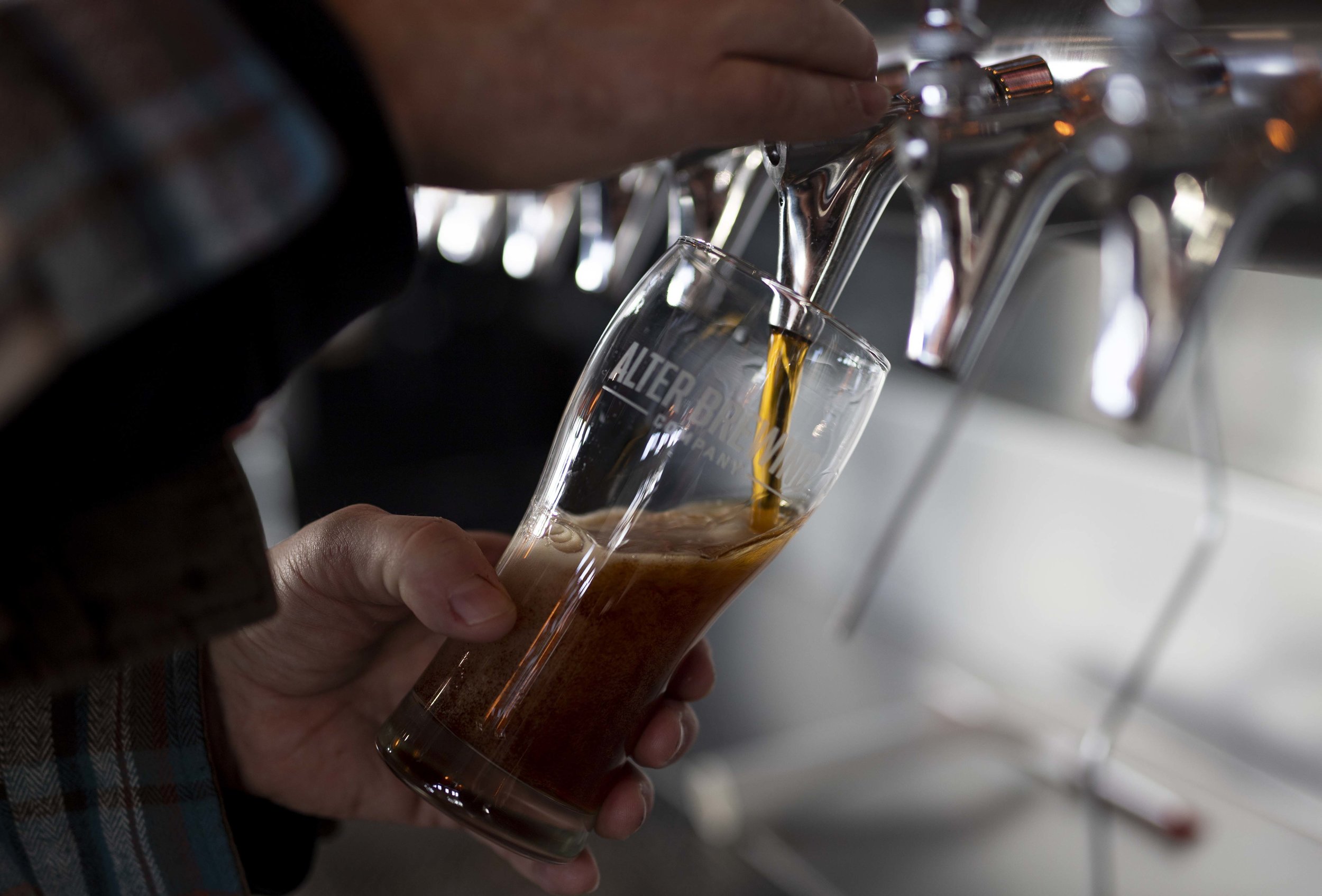 In just over two years since we first visited with Alter Brewing Co. in Downers Grove, Illinois, the brewery has boomed, and the once alcohol-averse city has gotten behind the brewery in full support. We’d made the trip to their facility roughly a year after they’d opened their doors, and it was apparent immediately that this was a buttoned-up operation. Their branding was well considered, the taproom was polished, and the brewhouse was clearly setup to grow.

We’ve frequented the space a few times since, and while not a whole lot has changed aesthetically (a good thing, in our opinion), a lot has changed on the production side. Alter has made its way into cans, the once sworn-off New England IPA style has even made its way onto the menu (by way of a beer fittingly named Hell Hazed Over), and…there are plans of a second location. THR contributor, Michael Hubatch, dropped by recently to learn more about these updates. 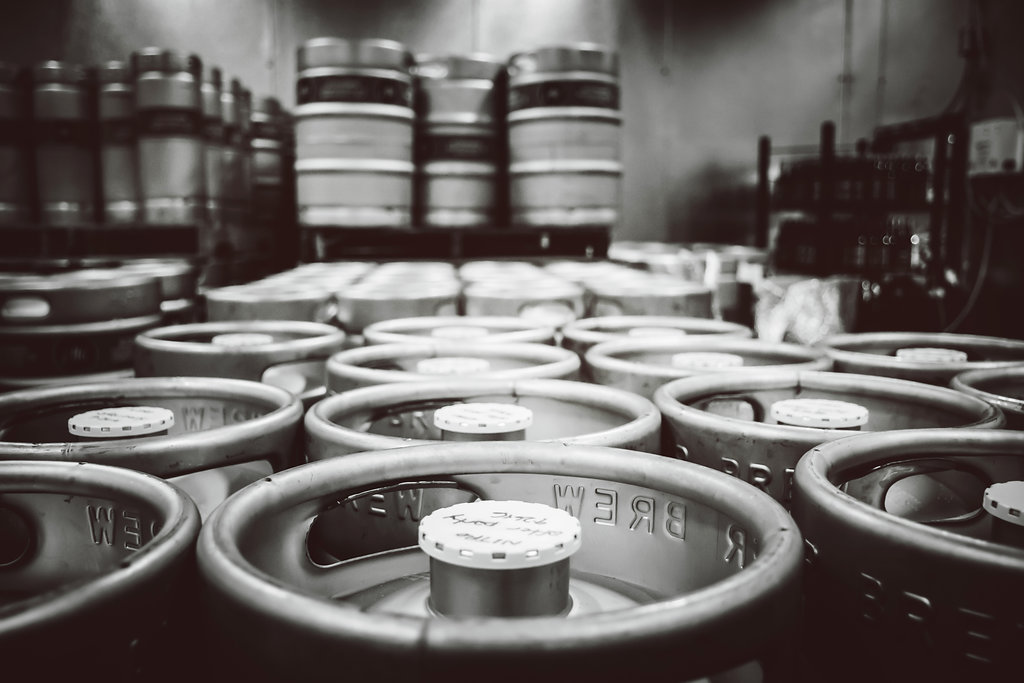 For most of us, a new year typically means a couple new resolutions that hopefully make it past April or maybe you have stopped making them at all as I do. Besides resolutions, a new year might mean a new start for some of us. It most certainly did for the new Head Brewer at

With a -20 degree wind chill outside and a Galaxy & the 7 Seas red ale in hand, Co-founder Mark Hedrick, Matt, and I chatted about how Alter has transformed over the years, Matt’s brewing philosophy, and the brewery’s plans for the future.

If you haven’t stepped into Alter since their opening, the taproom is still a great place to have a pint, but behind the scenes Alter has increased their square footage as well as their barrel production to around 2,600 barrels. A canning line takes up a little space in the back next to their ‘Barrel Room’ where 70 barrels hang out within their event space. Not to mention, a small investment into a pilot program for one-offs. In addition, Alter brought on a microbiologist last year to advance quality control and sleep a little easier knowing every beer going out is the best it can be.

The speed in which Alter has grown led to the business and brewhouse developing side-by-side, which needed constant adjusting on the fly. Thus, an intuition amongst brewers organically developed to keep pace with production. Yet for the brewery to take another step forward a heavy hand was needed to formalize the business and brewing sides and to turn those intuitions into processes.

“As we grew and as our barrel production increased we needed someone other than myself here,” mentioned Hedrick. “For one guy to be in charge of all the brewing operations it gets a little over whelming. I needed help. We talked about maybe finding someone new to train or finding someone in house to train… We decided that we wanted somebody that can make us better, somebody that can bring new ideas, can bring some organization, [put] stronger SOPs in place for us, and to help us learn.”

McCowan did a stretch at Central Waters Brewing Company, in Amherst, Wisconsin, which provided all the essential skills as well as some barrel-aging expertise. He then continued onto Lagunitas at their ginormous brewhouse on Chicago’s South Side. For the last five years, he honed his skills and advanced his barrel-aging knowledge all while listening to that Willy Wonka music. As one can expect, Lagunitas has some firm processes in order to send out 405,000 barrels of beer a year. That firm grip on brewing does not leave much to the imagination, so Matt has looked forward to exercising his creativity at Alter and moving away from brewing under relatively strict guidelines in a process heavy brew house.

Says McCowan, “It’s awesome. It’s a lot more fun working at a smaller place. Not that Lagunitas wasn’t fun. I met a lot of great people, but you don’t get to experiment you don’t get to be playful. He went on to say, “I feel more jovial here; everything is not as serious because if you mess something up you are not dumping 750 barrels down the drain. Everything is a lot more relaxed and loose. I’m a firm believer that if you are relaxed the beer tastes better and everything works better. I’m serious! The beer can tell when you are stressed.”

Alter is counting on Matt’s expertise to expand their barrel-aging program overall. We should be seeing a lot of creativity coming out from the back of their brewhouse. Mark also hinted at plenty of blended beers hitting the taps this year.

Matt has an affinity for the German styles and feels that those styles are easily forgotten by brewers looking to brew the trendy stuff, but it was clear Mark brought him on to try some new things and have some fun. They both want to continue to listen to beer drinkers and brew beers that excite their fans as well as letting Matt brew traditional styles when he gets the itch.

As Hedrick transitions out of the Head Brewer role, he still plans on mentoring Matt throughout 2019 and working with him to formalize many of the brewery’s processes. He is also focusing his energy on innovation and outreach with trying to add a new location sooner rather than later.

“The more formalized you are the more everything lines up. Everything is on the gravy train with biscuit wheels,” mentioned Hedrick.

Before Matt’s hiring was finalized, he had so much enthusiasm for his potential new job that he moved out to Downers Grove; talk about having confidence in yourself. So not only does he look forward to brewing a lot of new brews, but he will be brewing and sharing them with his own local community. We will remain intrigued and excited to sample Matt’s traditional German styles as they roll out.

To top all of these exciting developments off, we’re excited to announce that Alter is planning to open a second location by the end of 2019, in St. Charles, Illinois at right on the Fox River, at 1st Ave. and I-64. They will be opposite the river from an also forthcoming Pollyanna Brewing location. Stay tuned for more details as they arise… 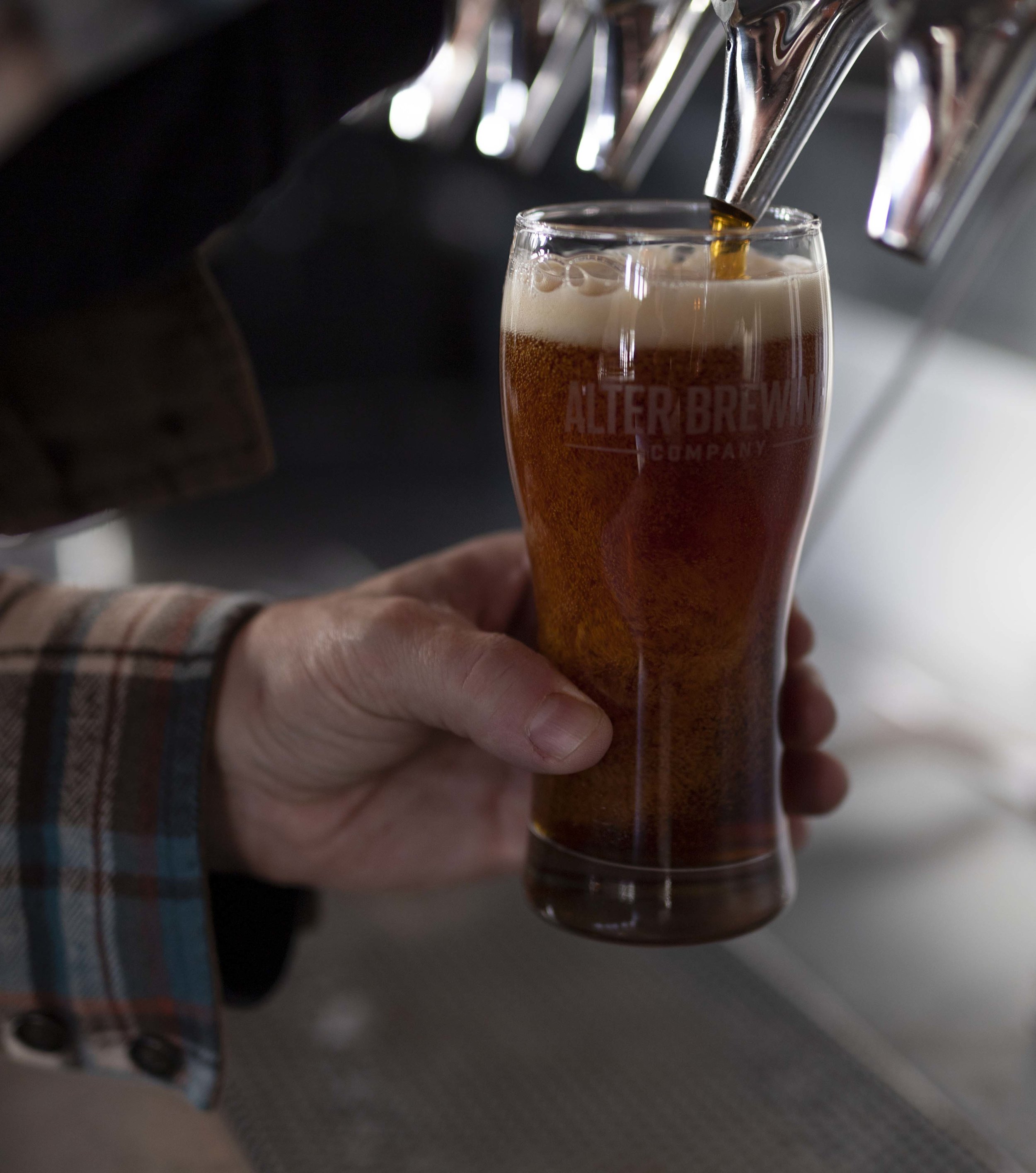 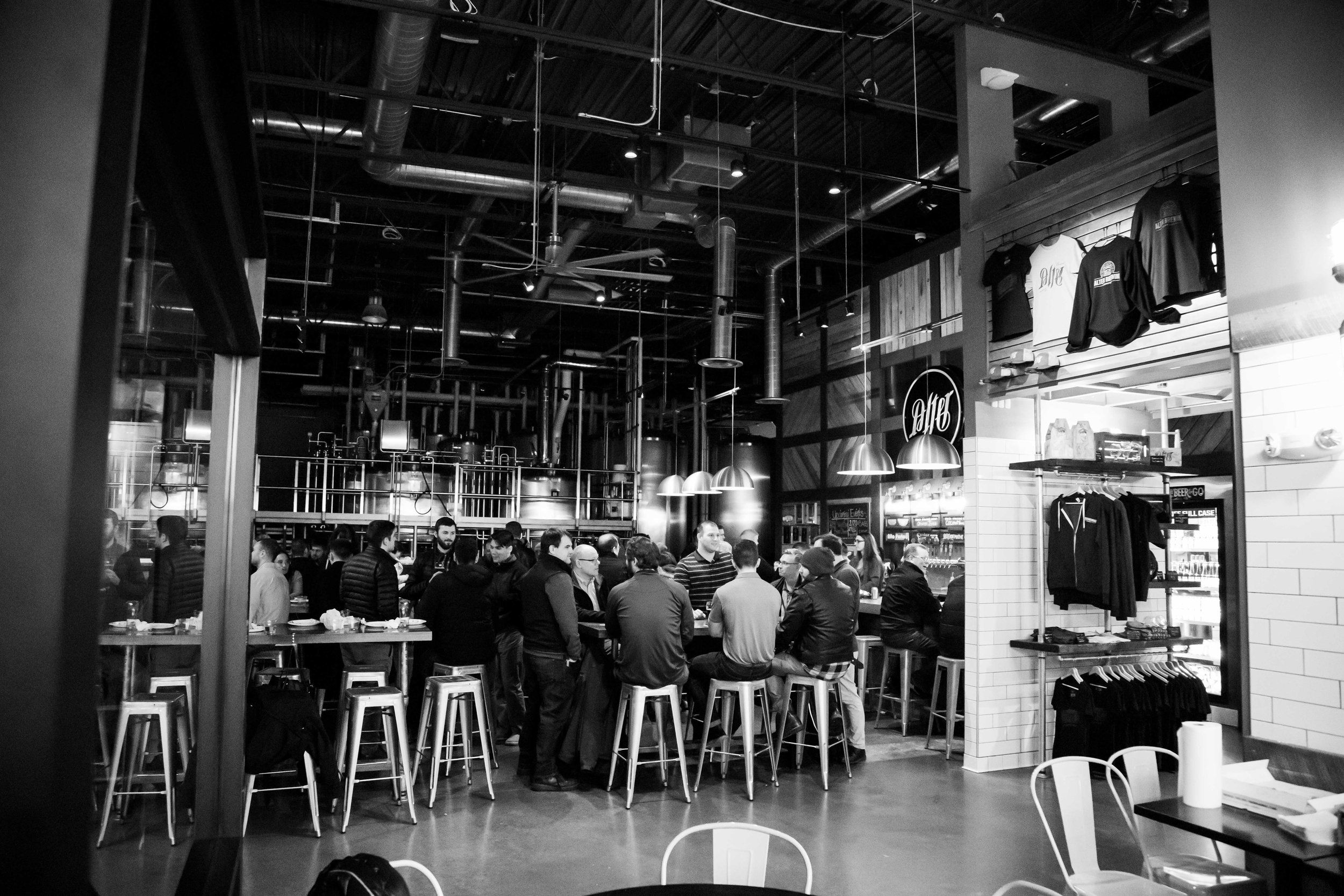 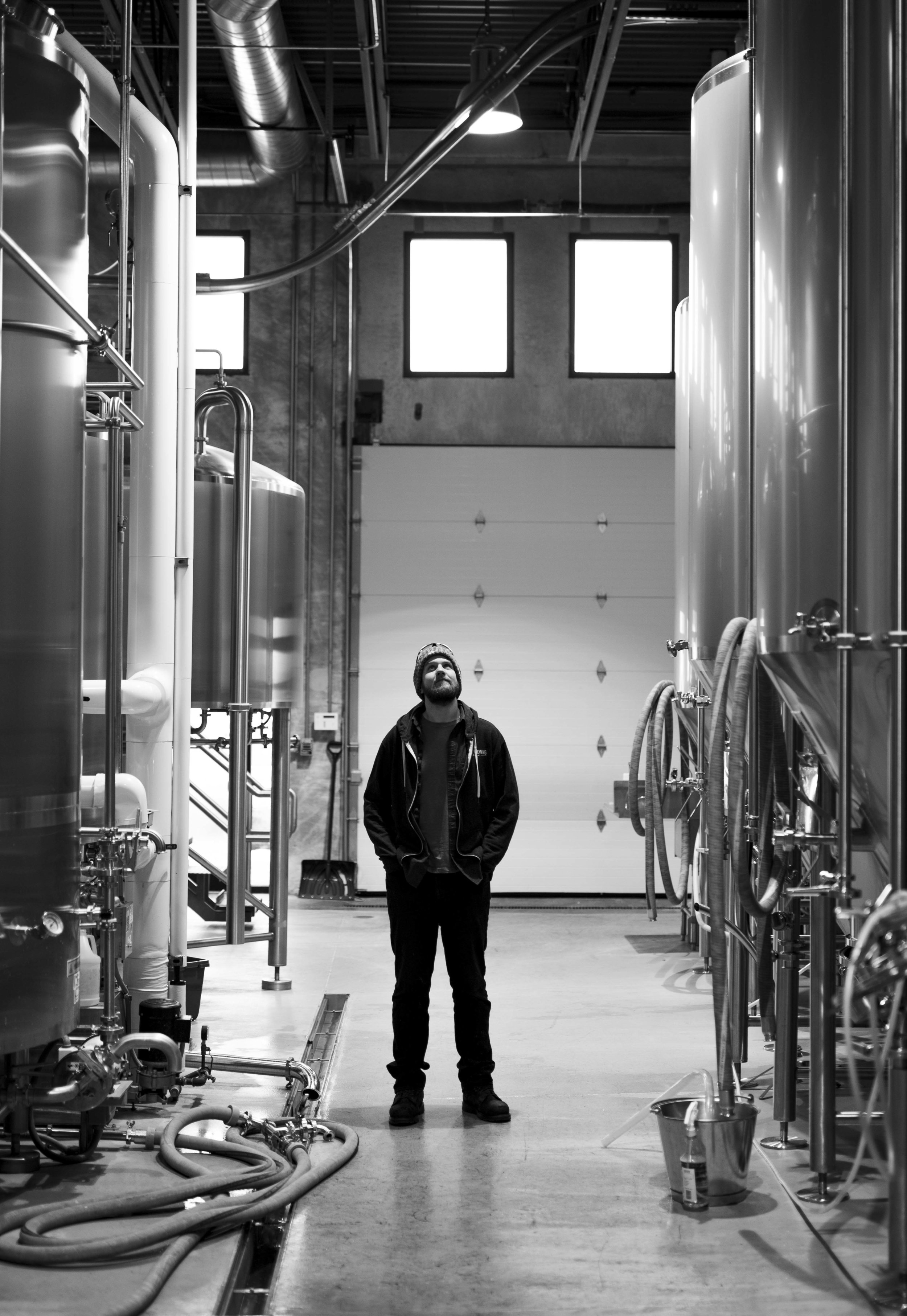 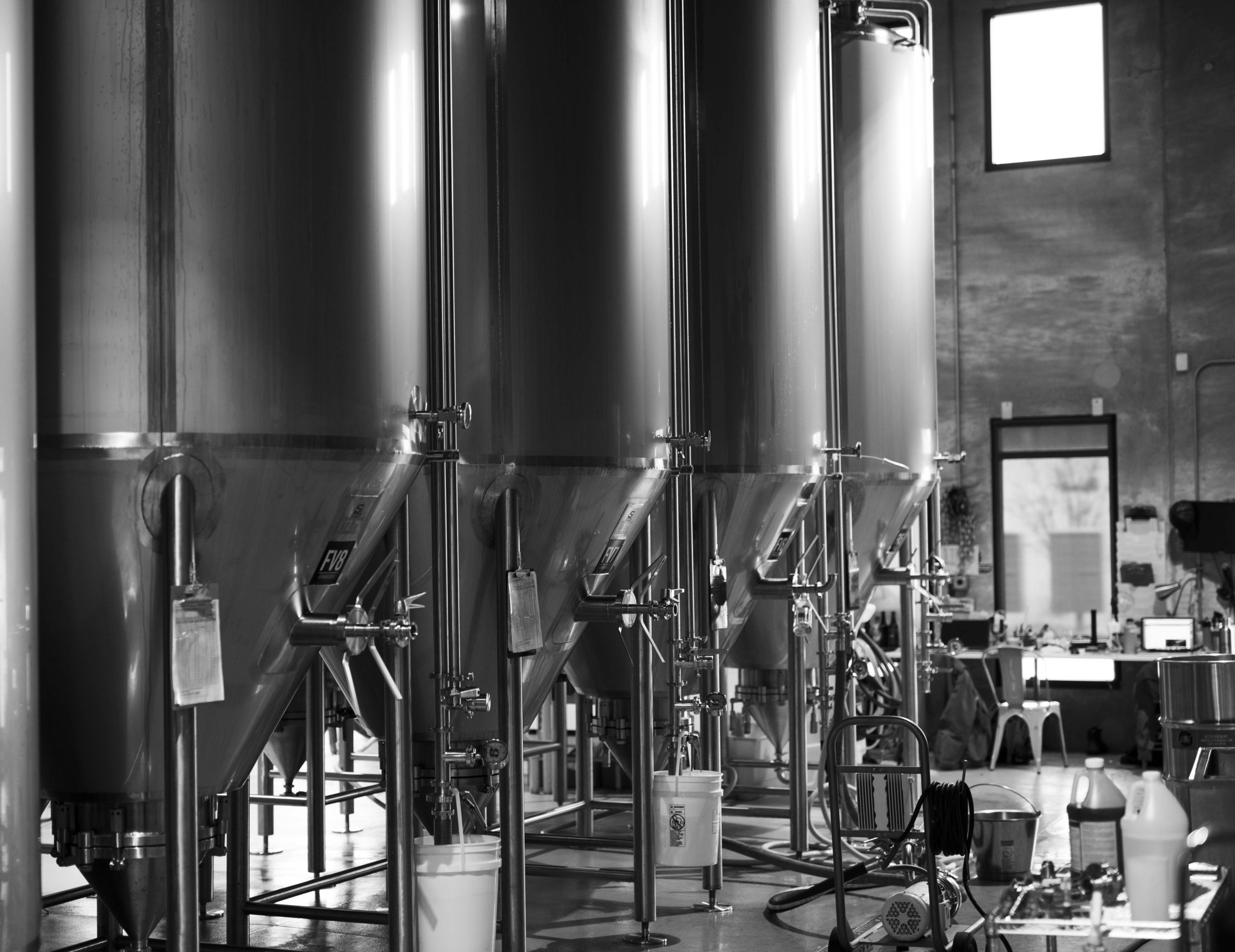 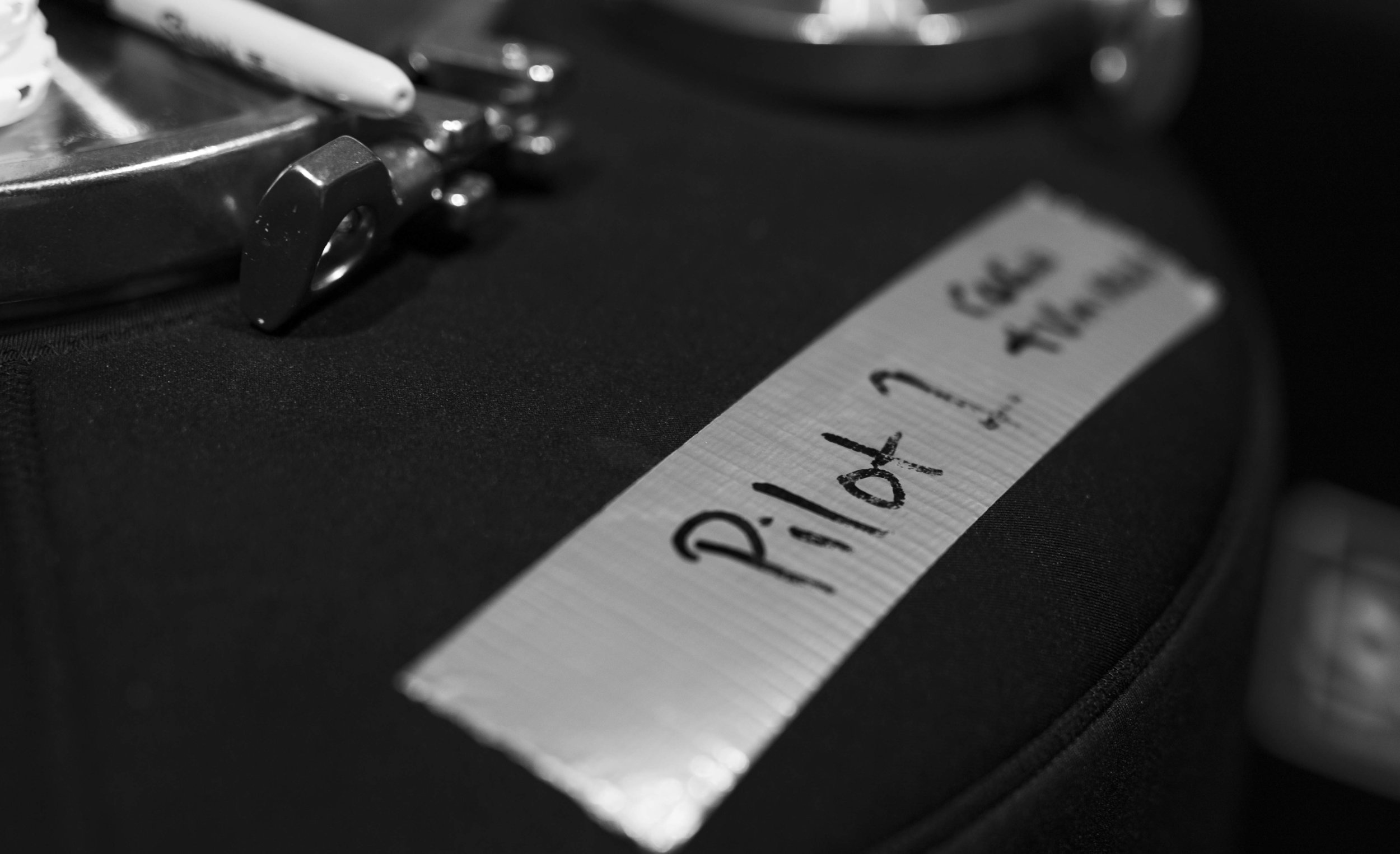 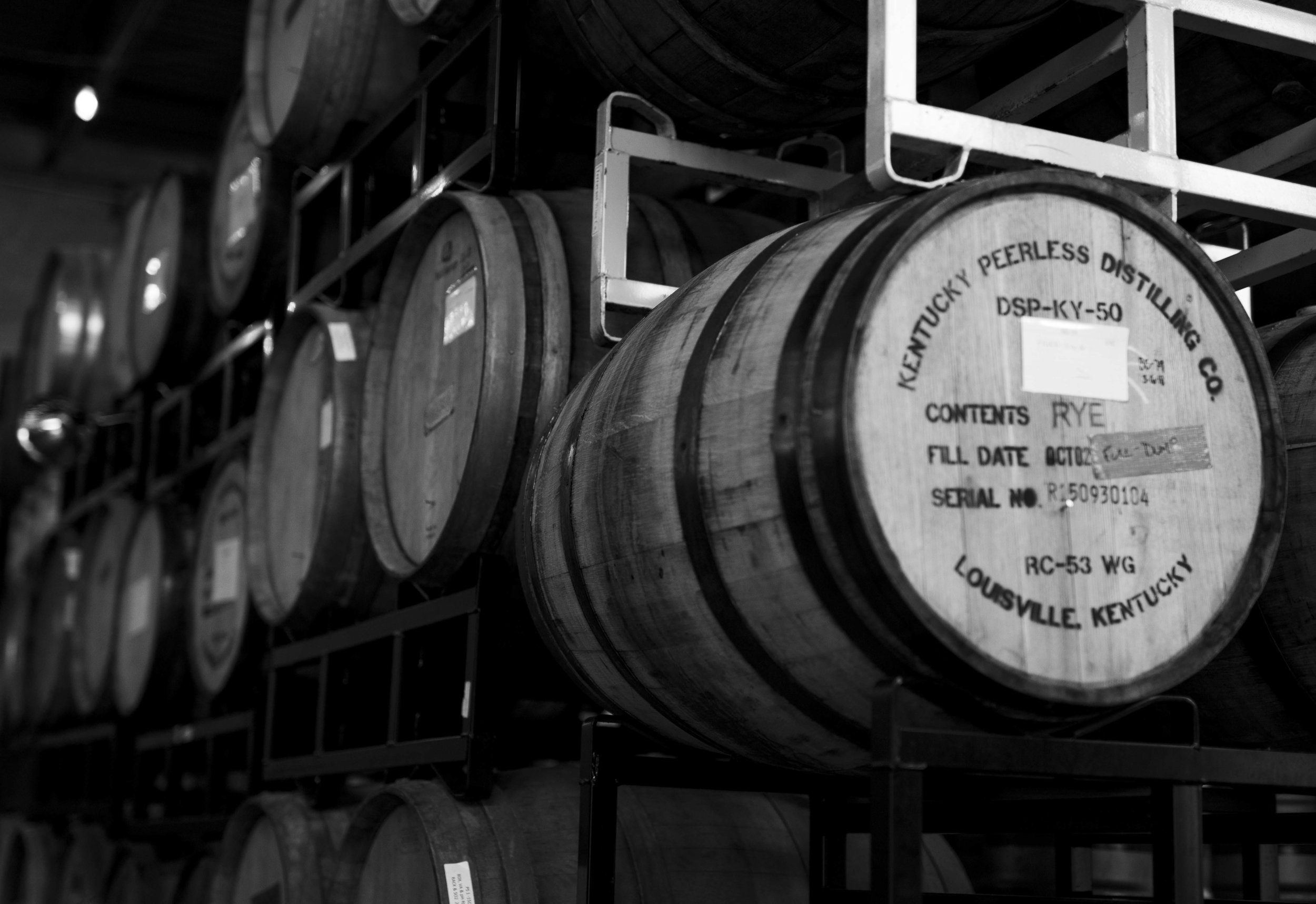 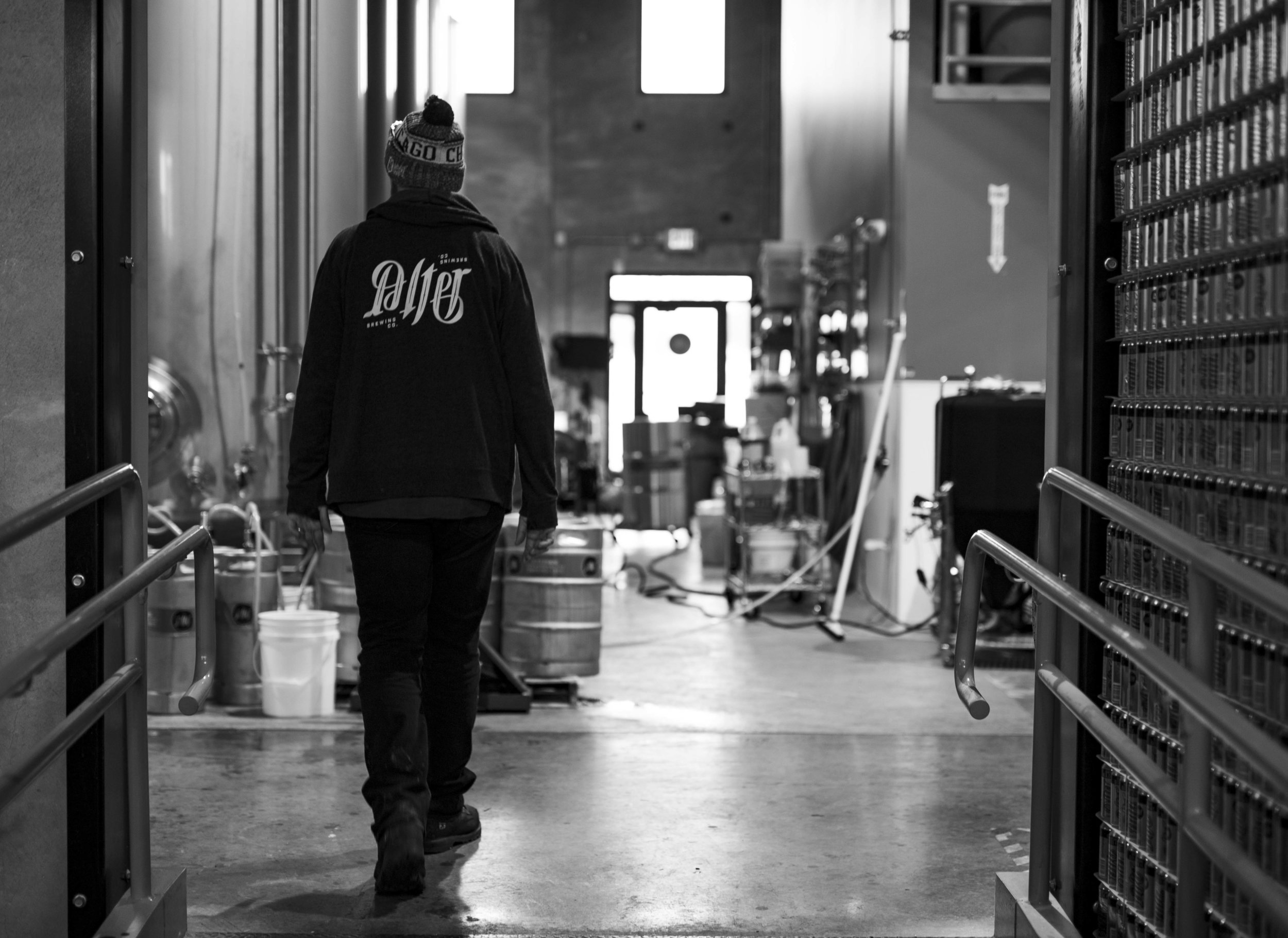 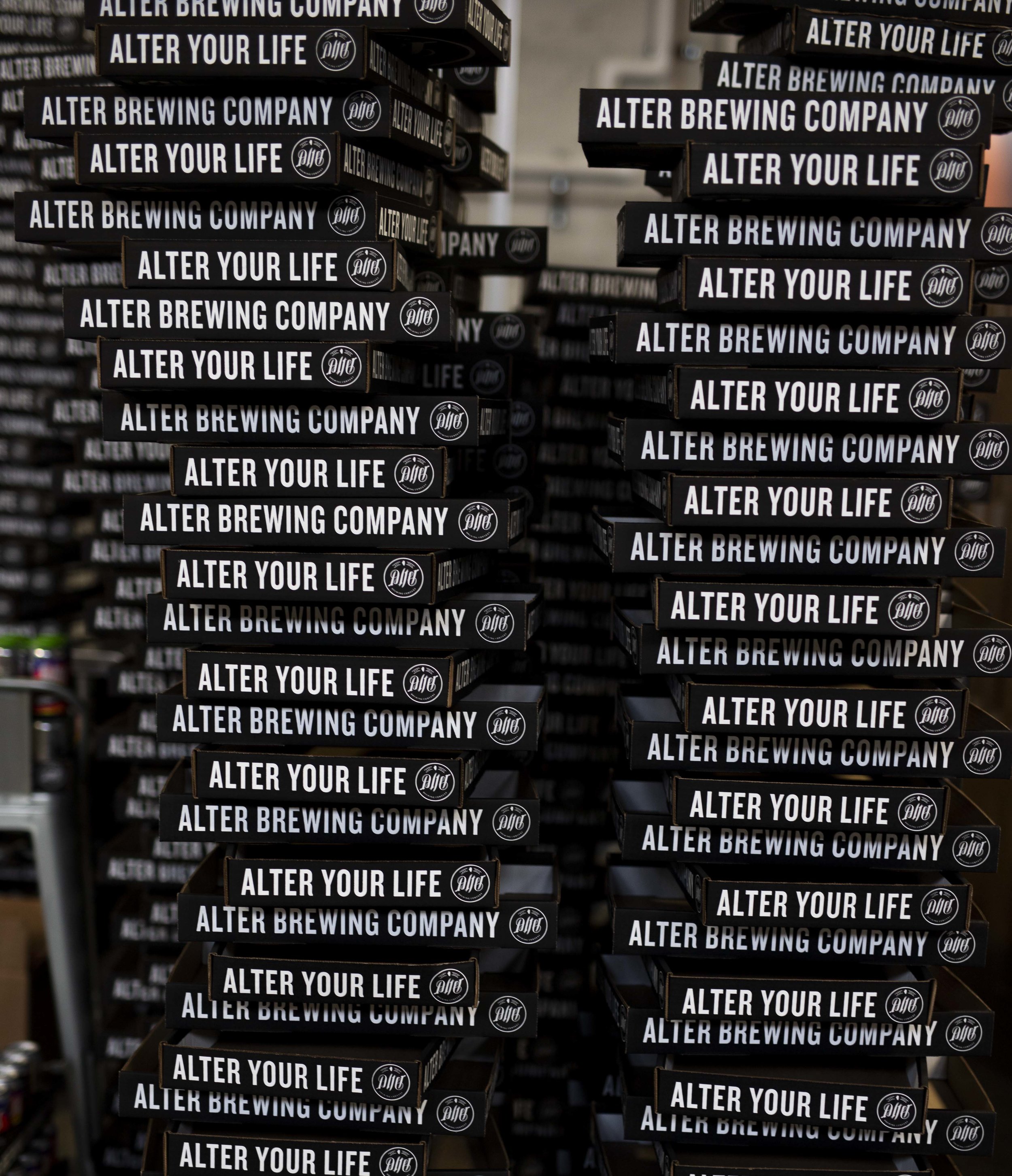 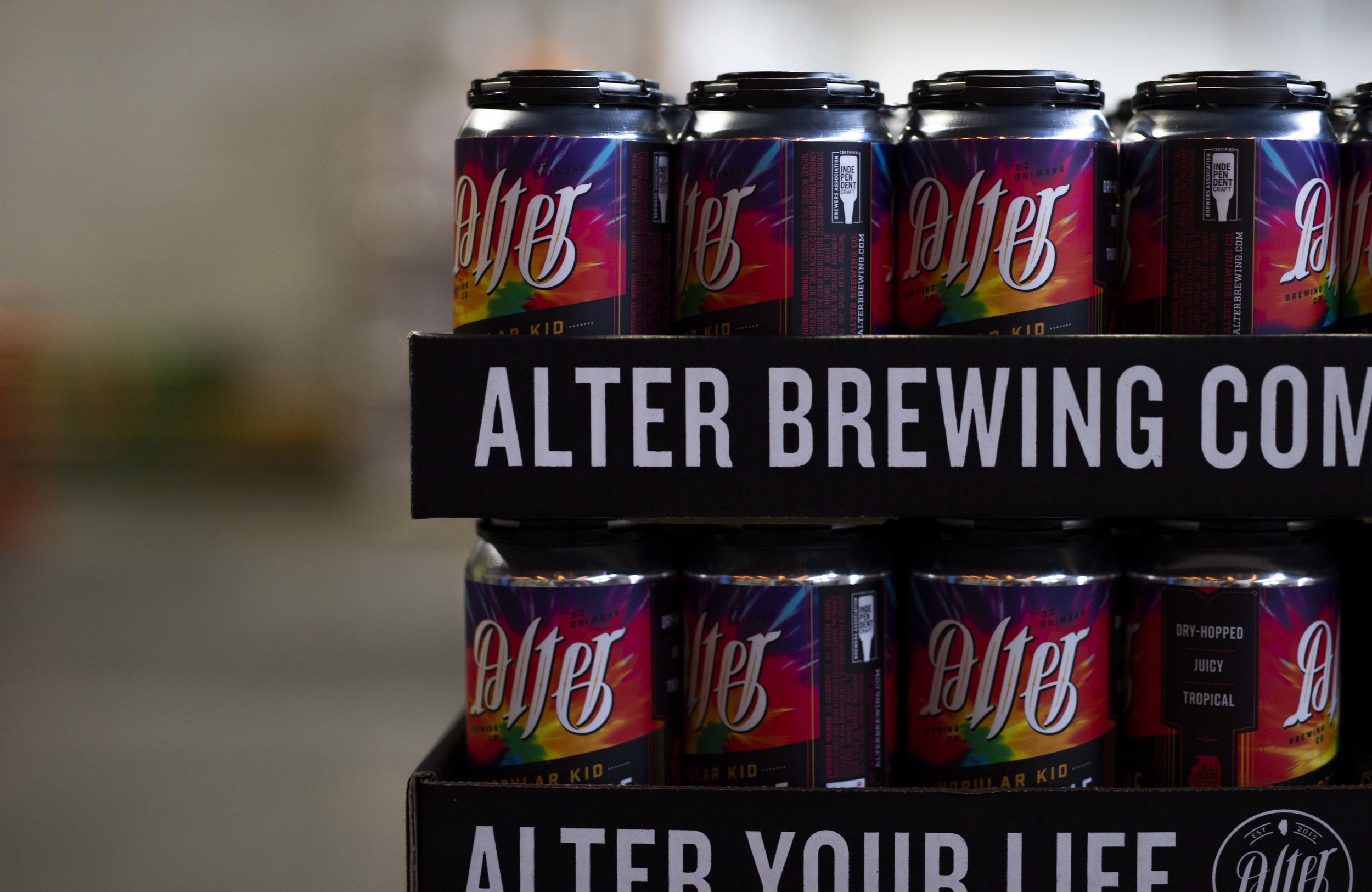 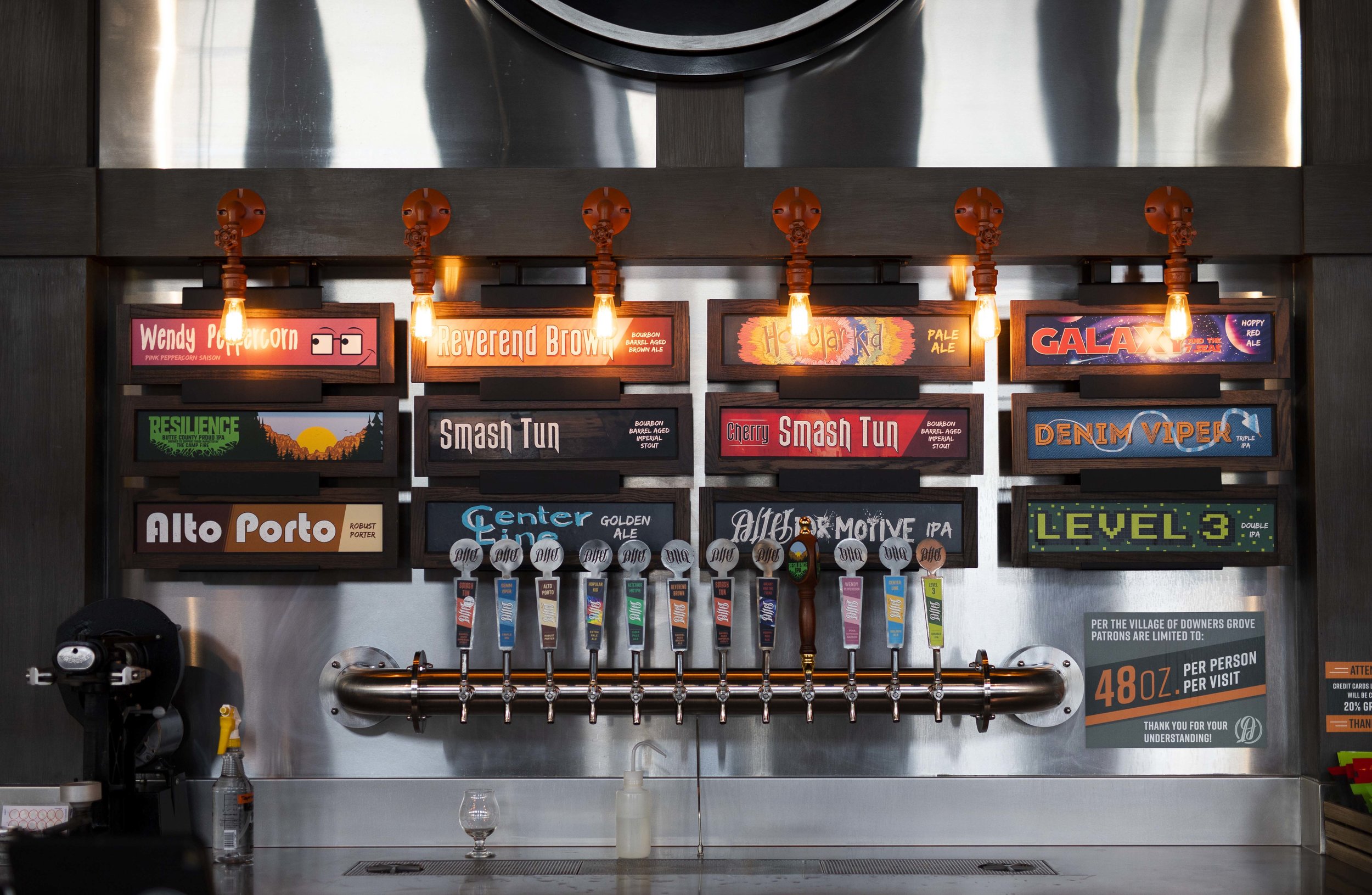 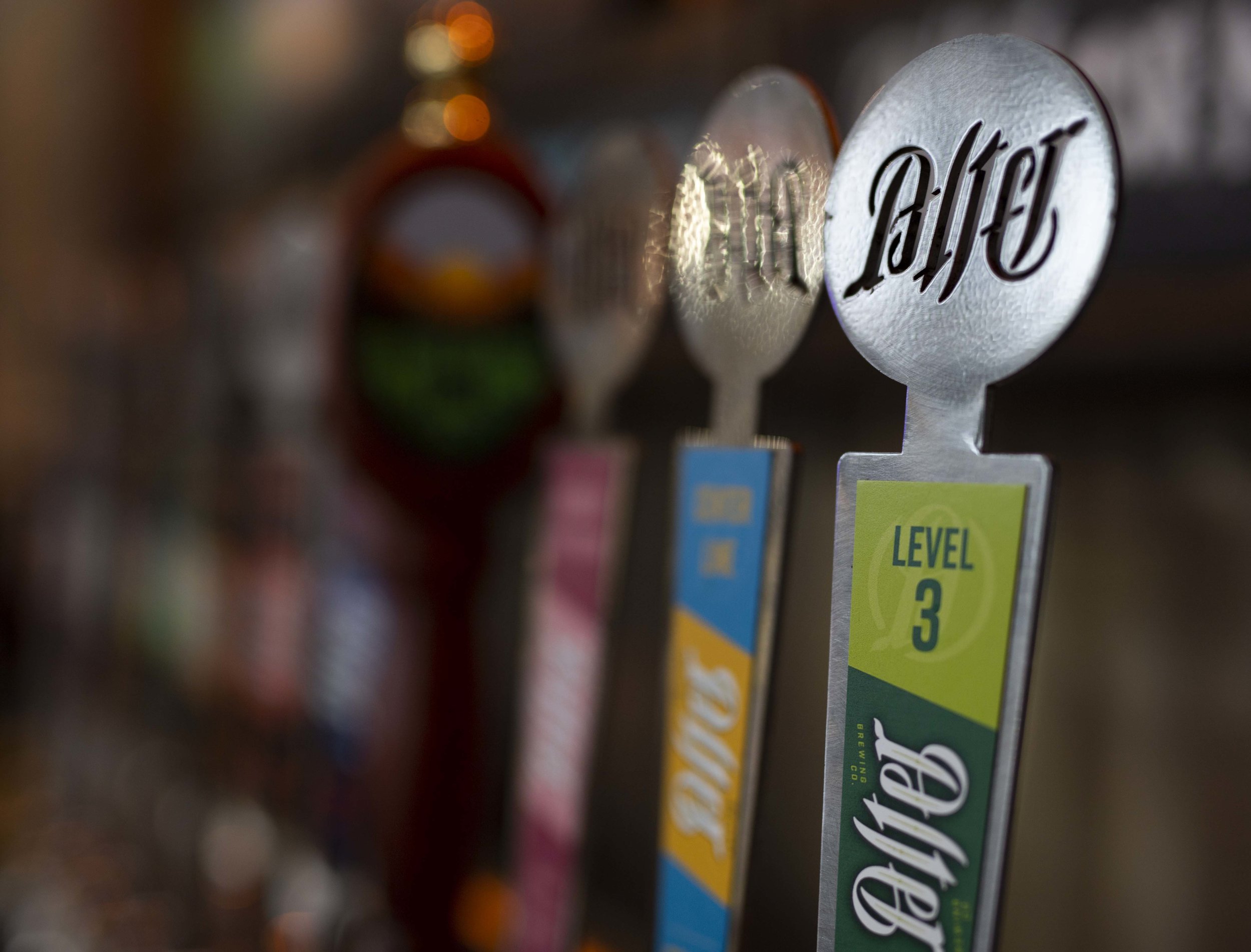 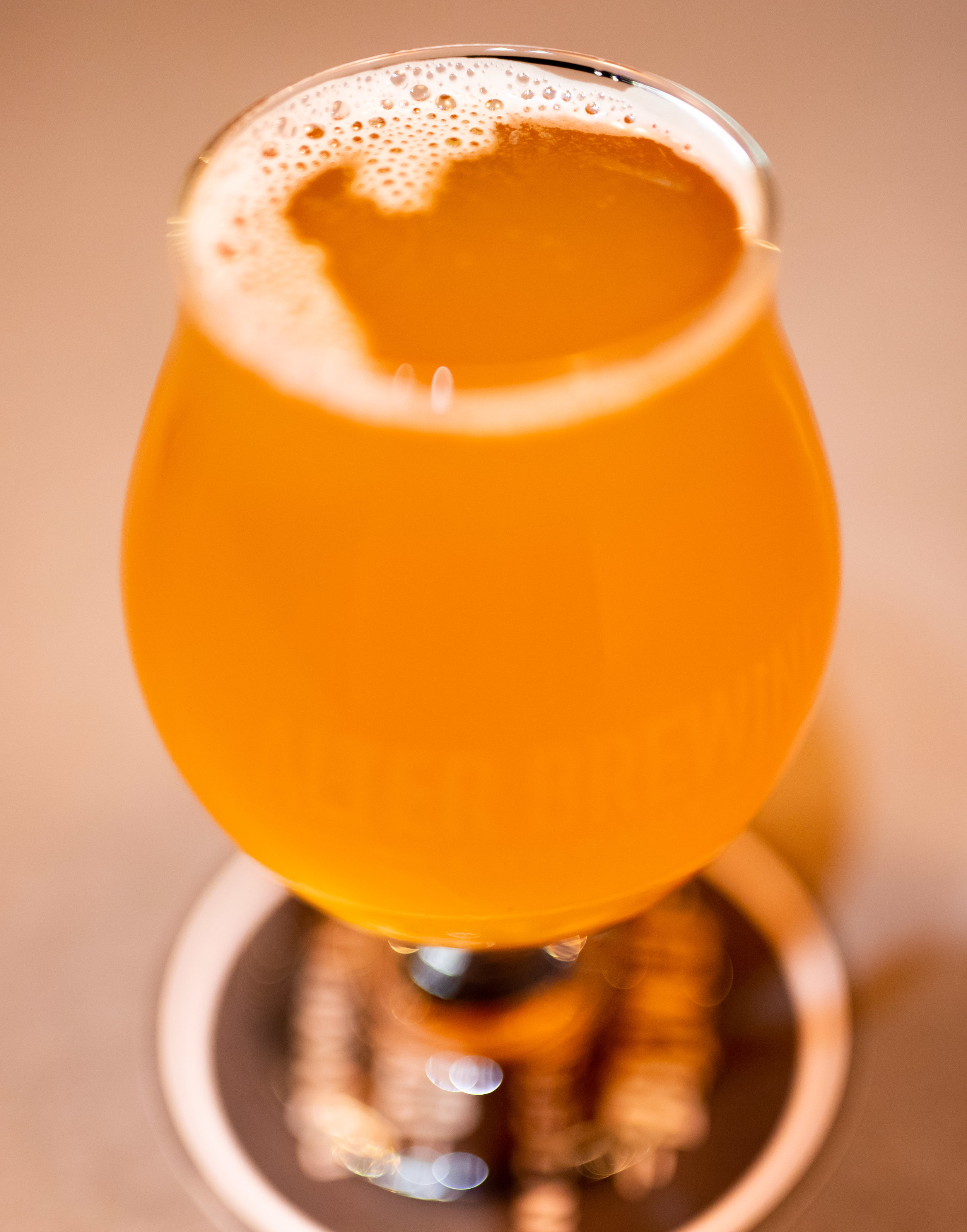 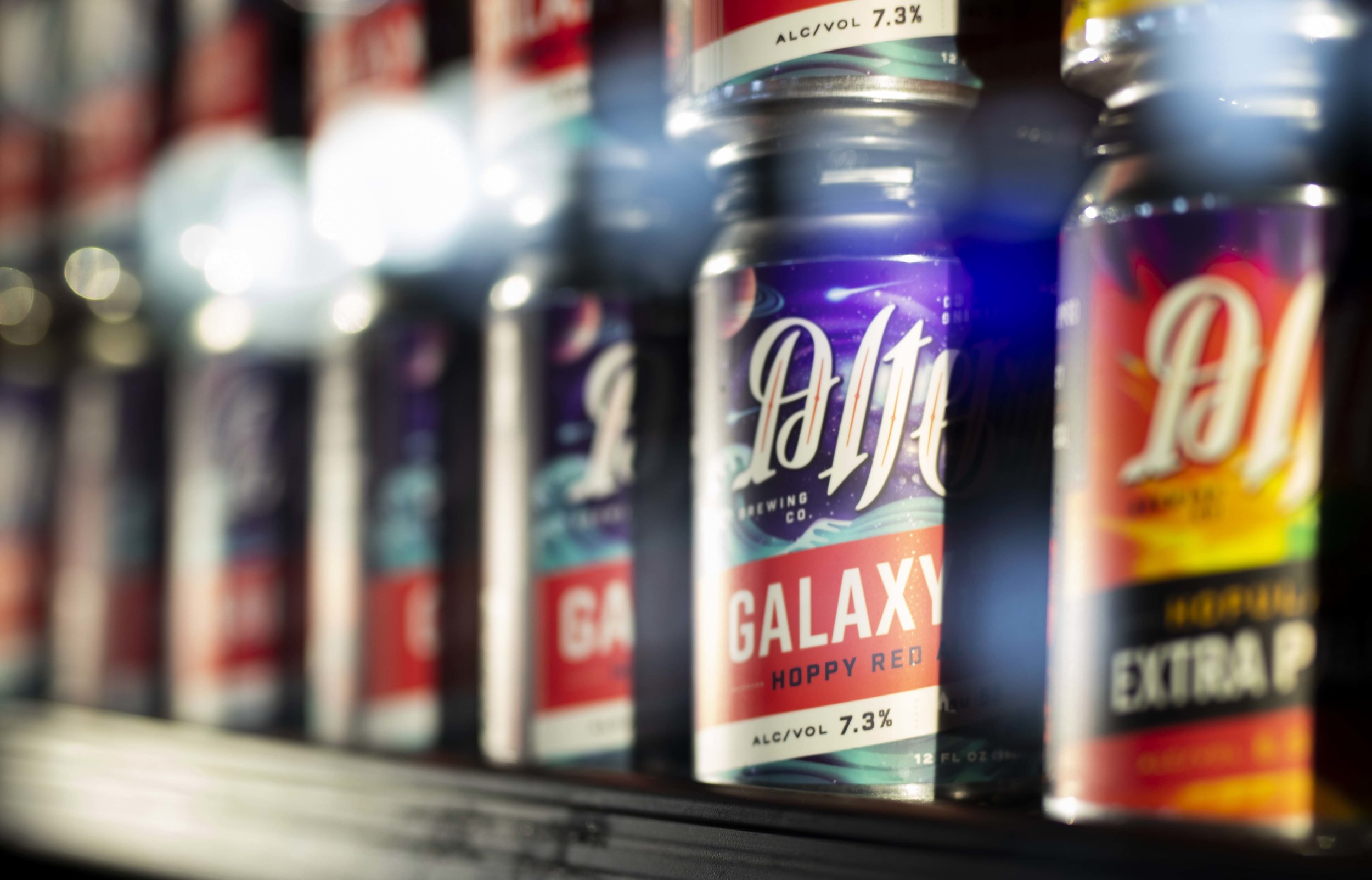 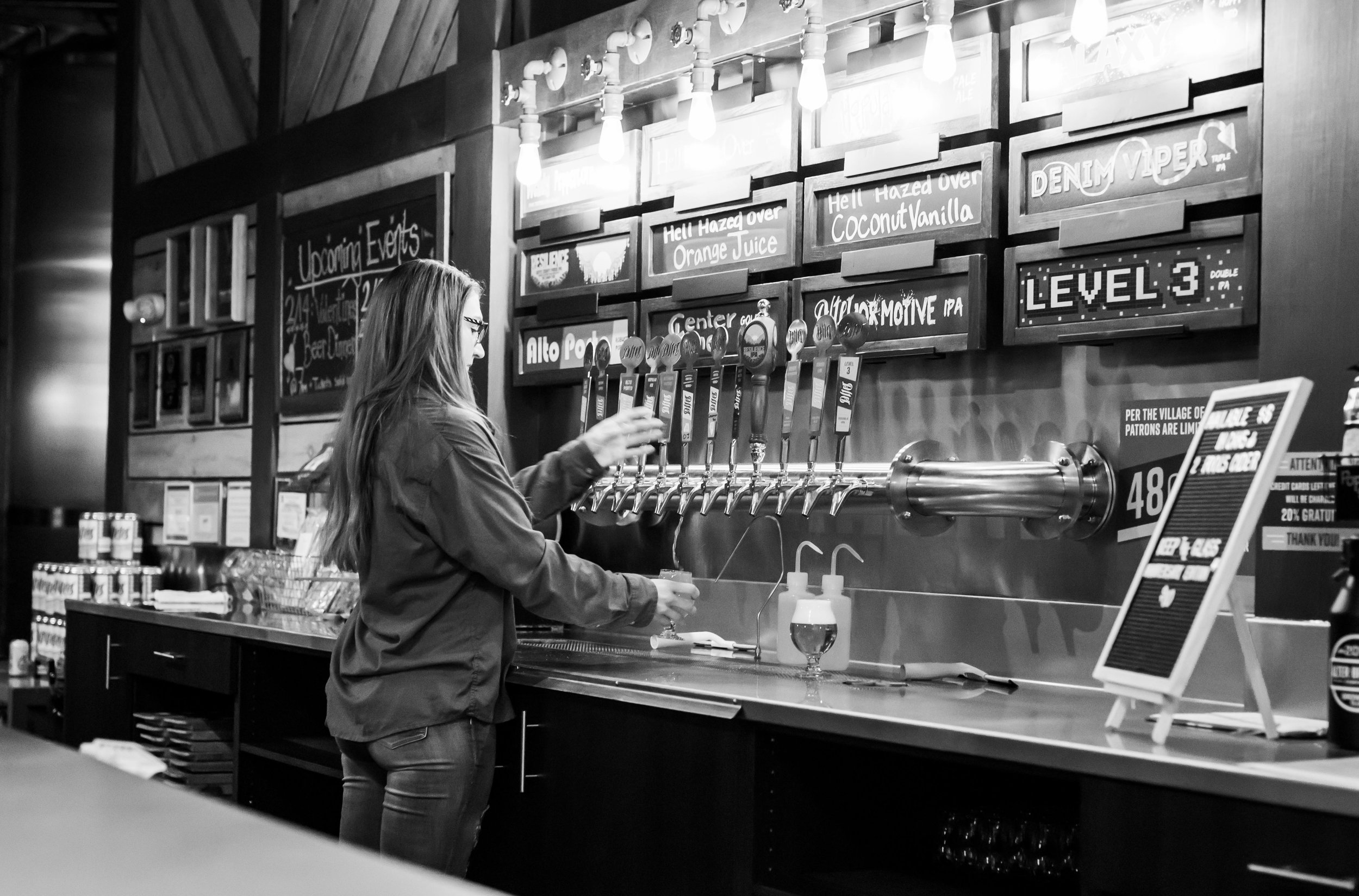 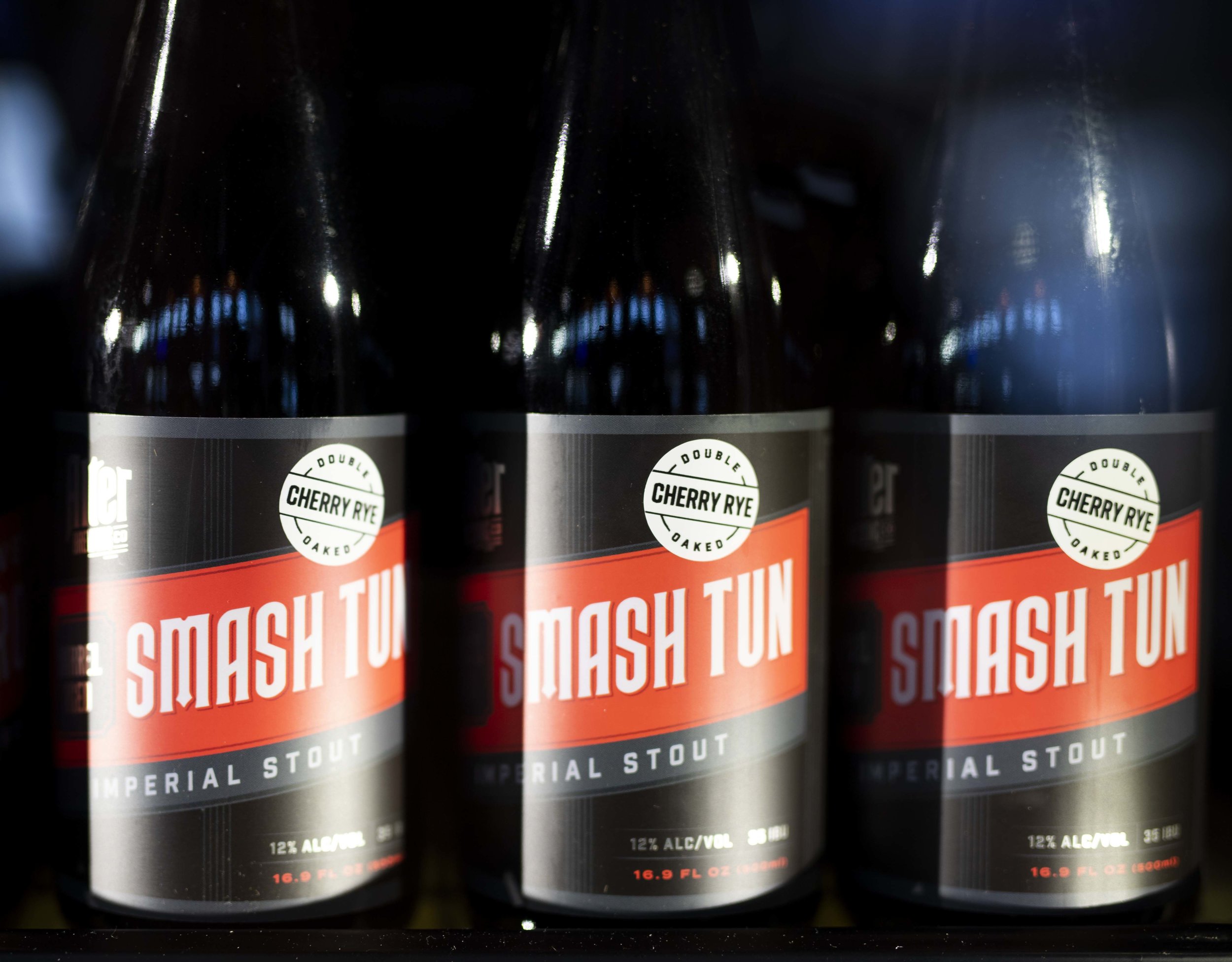 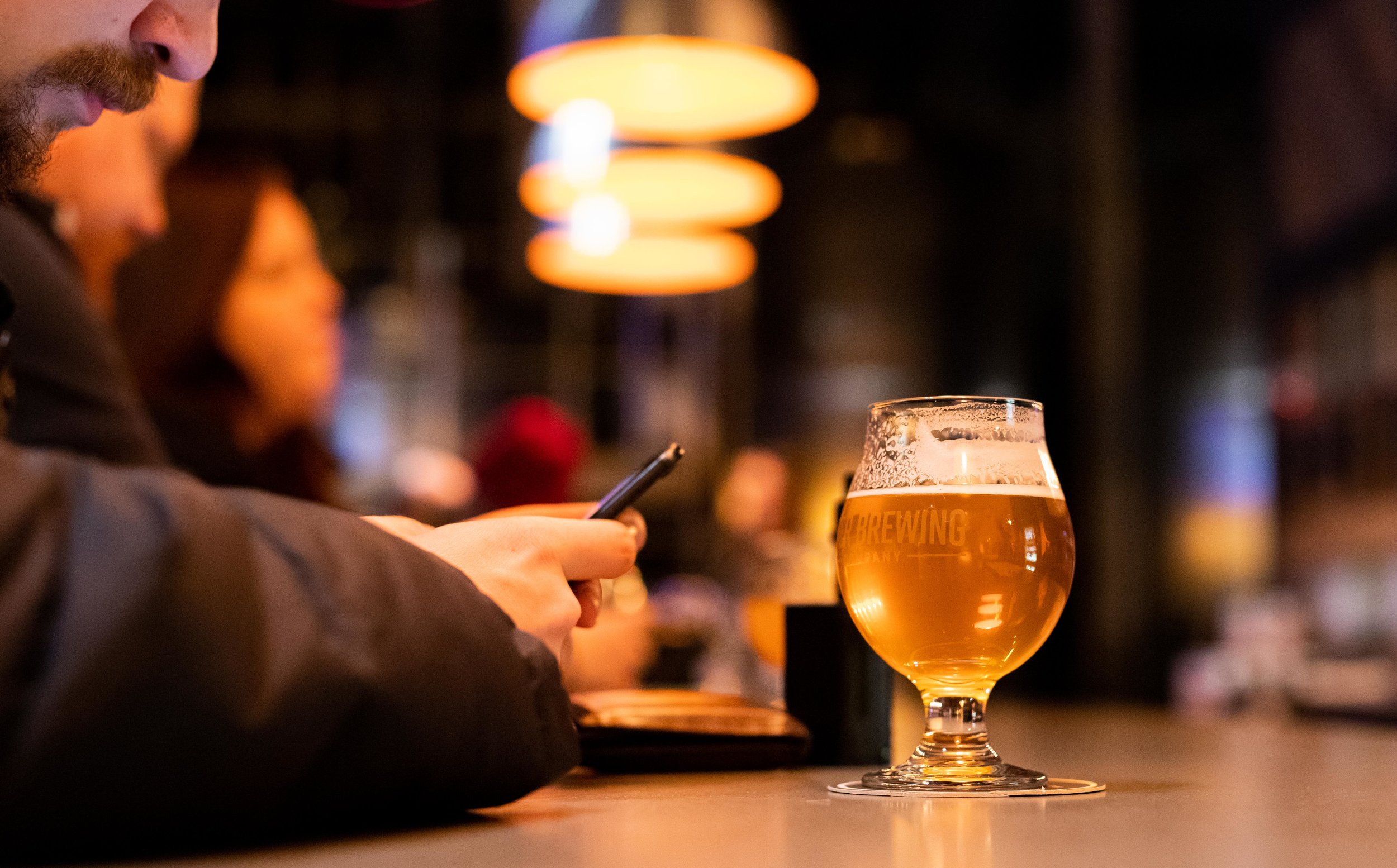 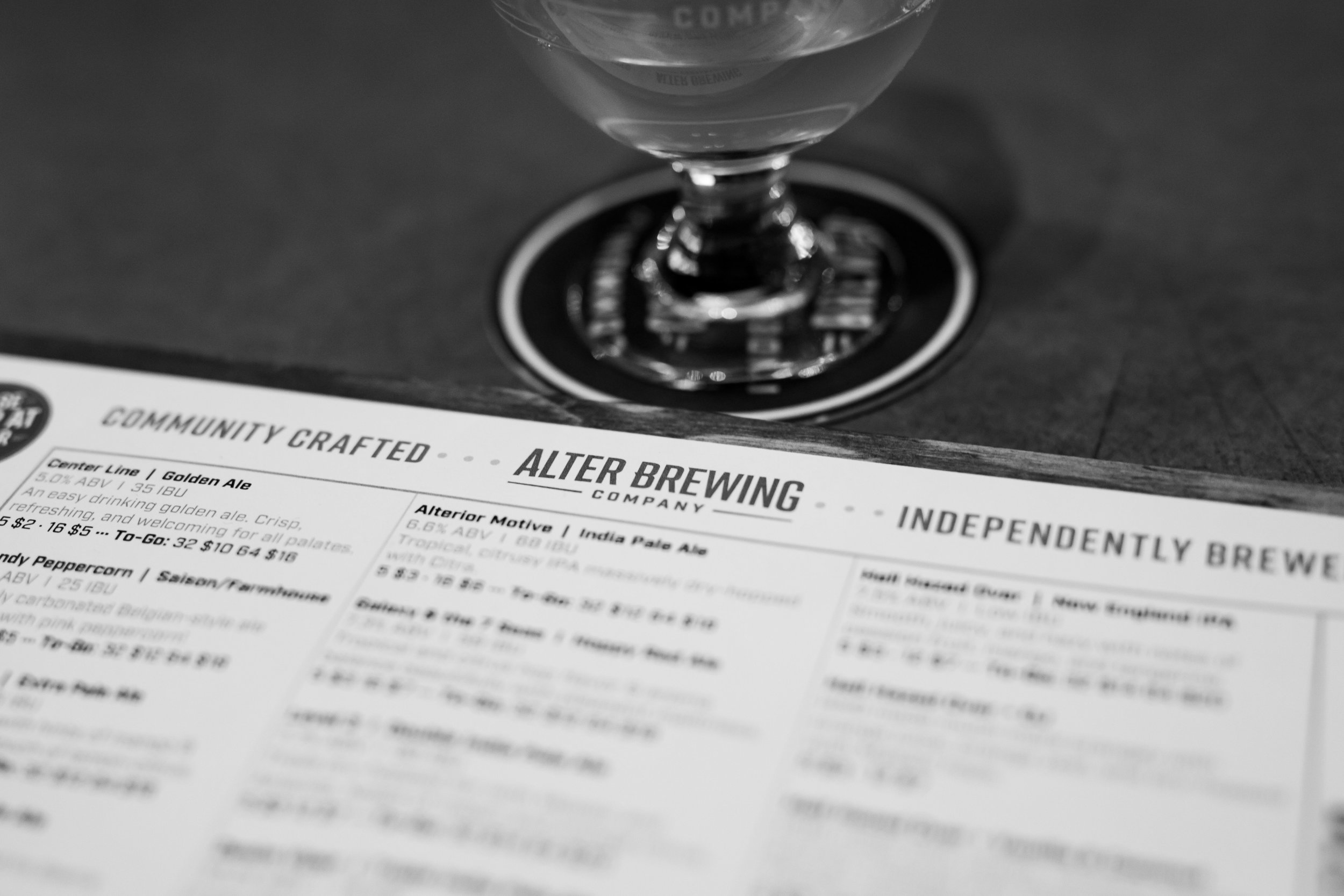 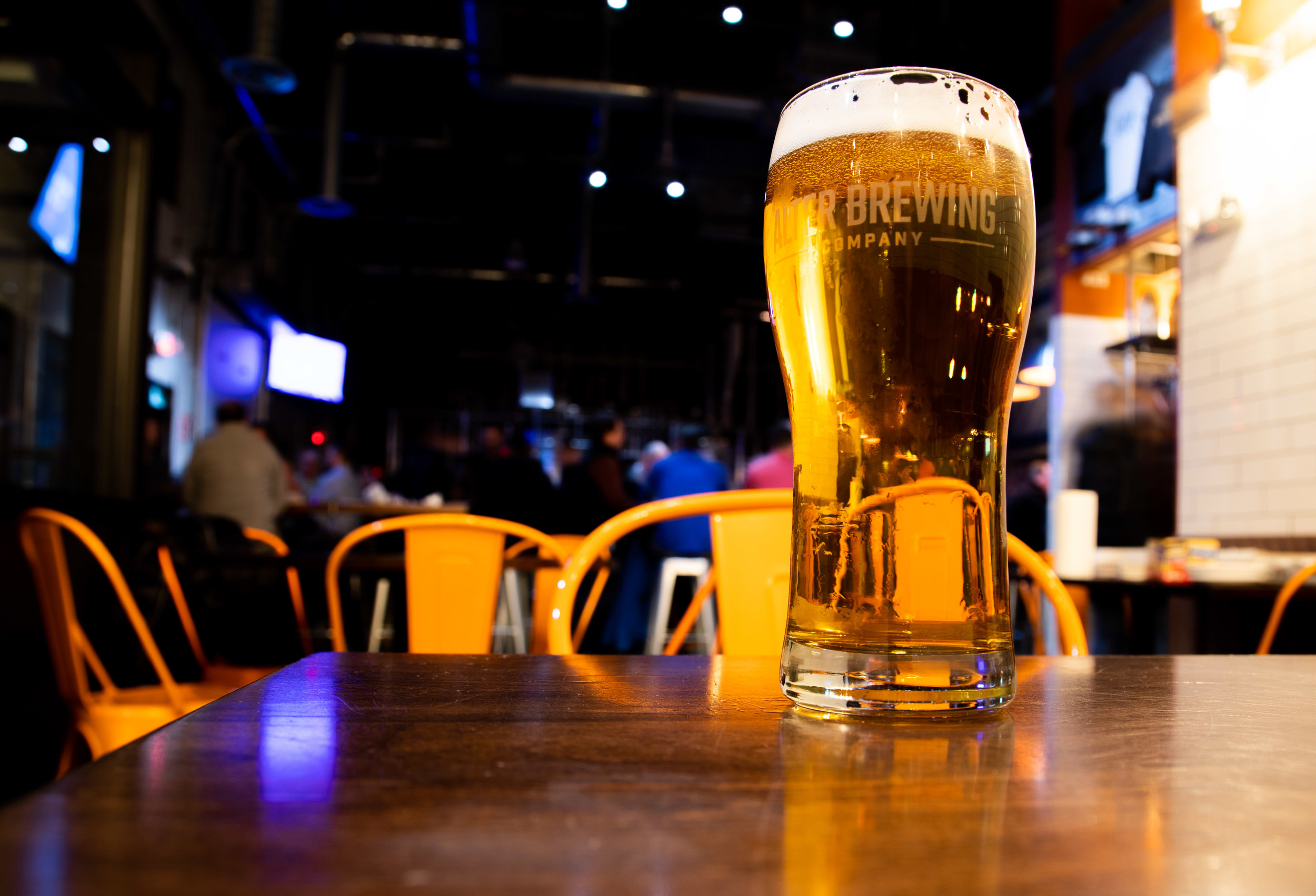 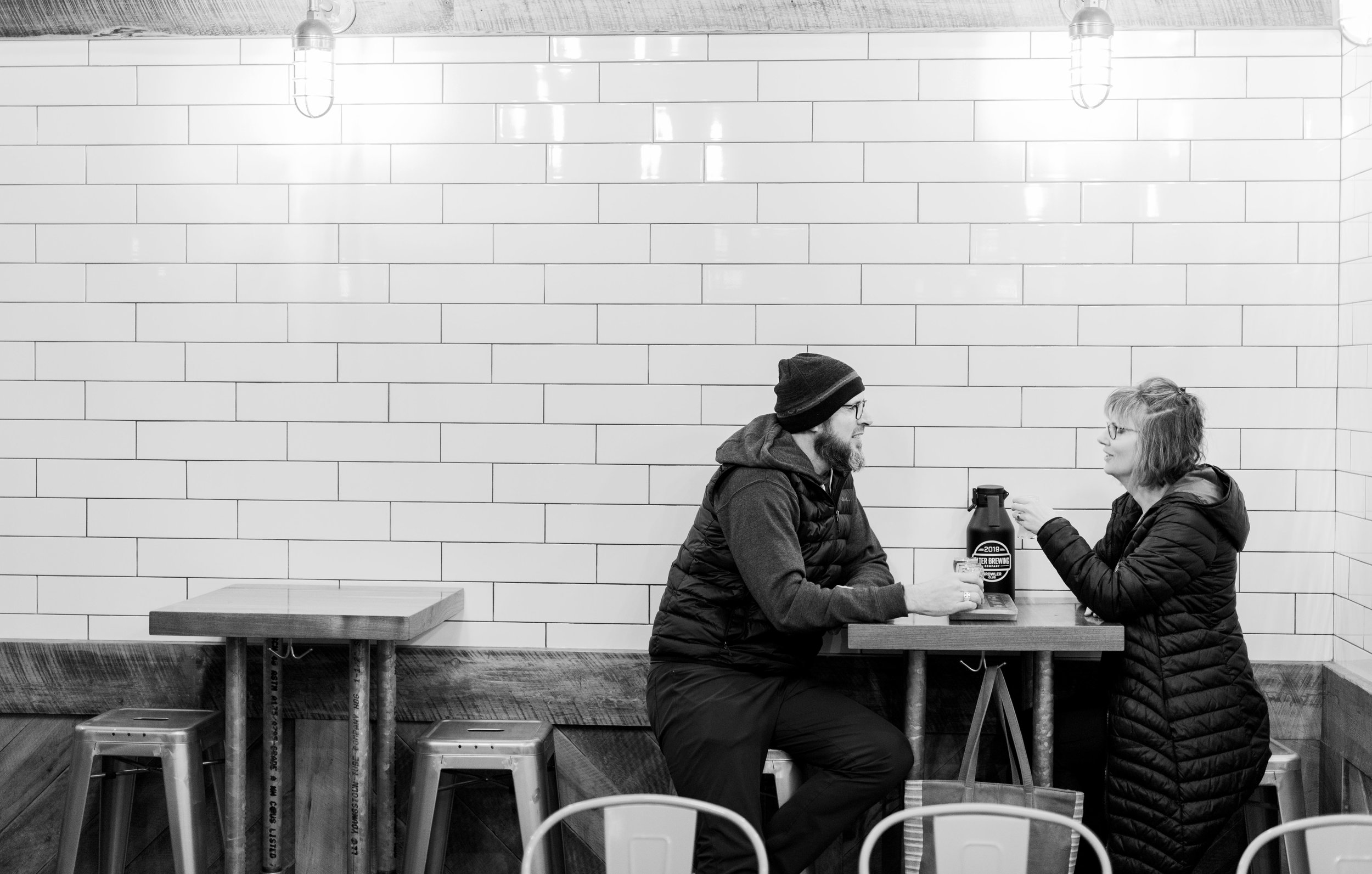 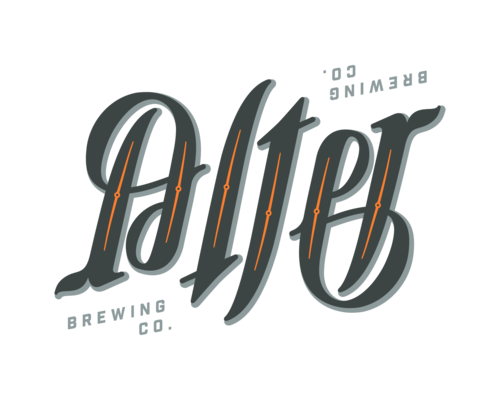 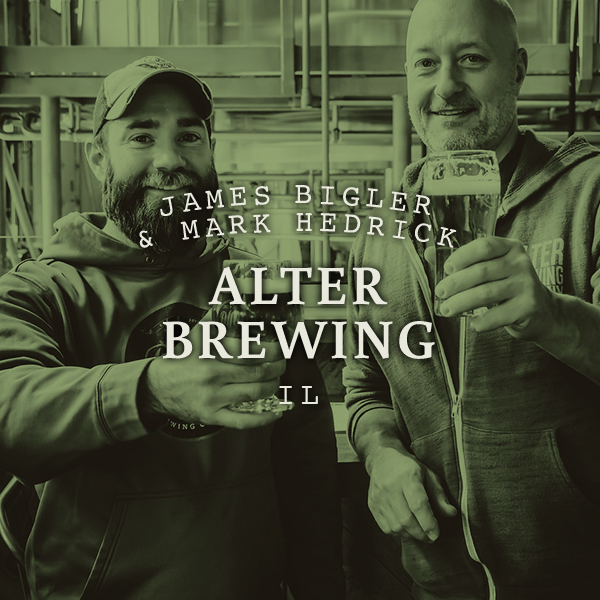 Be sure to check out our original interview with Alter Brewing, from 2017: