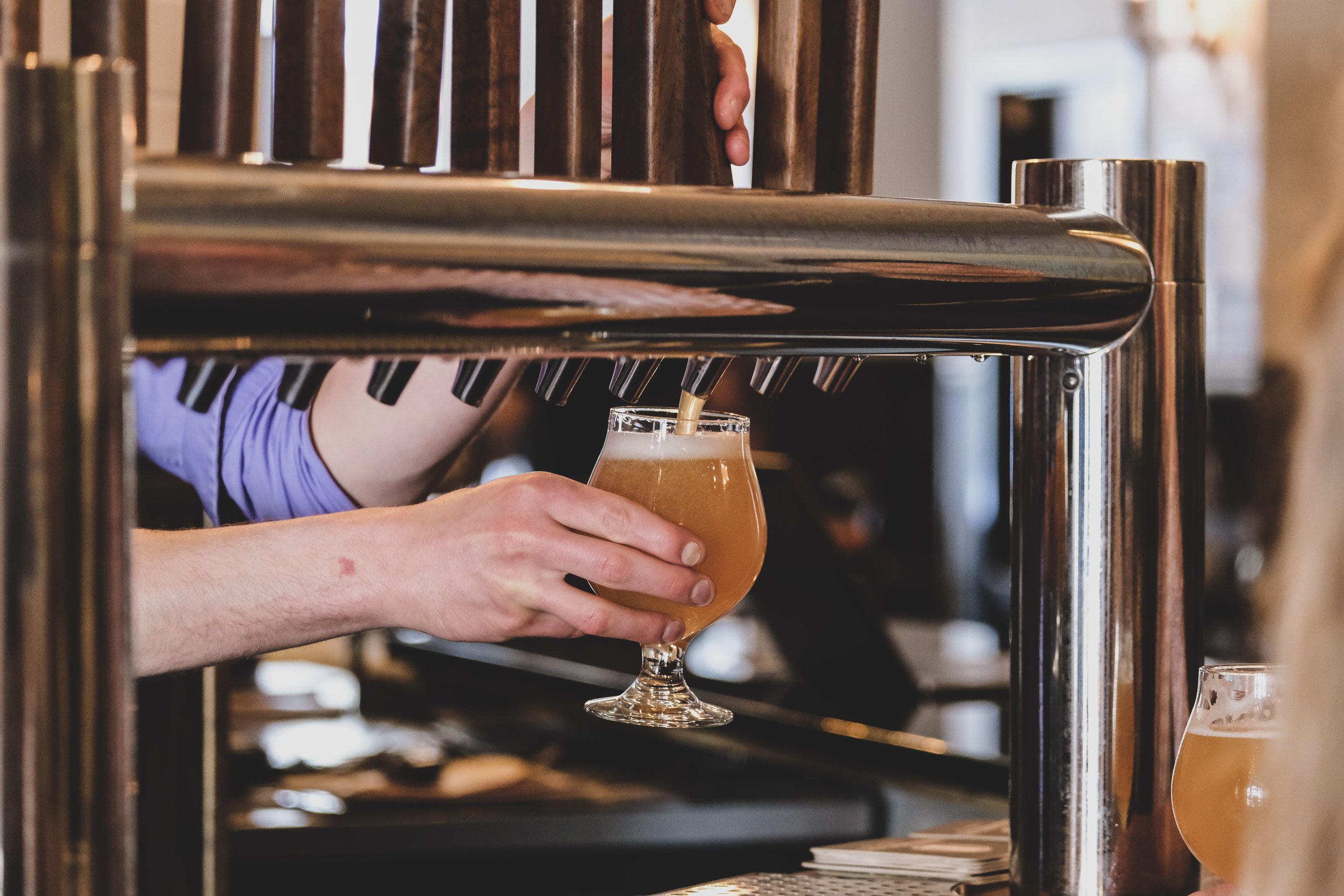 A lot has changed in the nearly five years since we last paid a formal visit to Beermiscuous, at the bustling Lincoln-Park-meets-Lakeview intersection of Diversey, Racine & Lincoln Avenues. While we’re frequent patrons of the “craft beer cafe”, we were well overdue for sitting down to a formal chat with their team, to commemorate their fifth anniversary this month.

Our first visit to Beermiscuous was shortly after the opening of their Lakeview location on Lincoln Avenue back in early 2015. We’d first caught wind of the upscale ‘slashie’ after a happenstance encounter prior to their opening, when we sat next to founder Paul Leamon up the street at Heritage Bikes & Coffee. After some hard to ignore eavesdropping and overheard rumblings of “a cafe for beer” opening down the block, we were forced to introduce ourselves. And we’ve been fans of the space ever since… 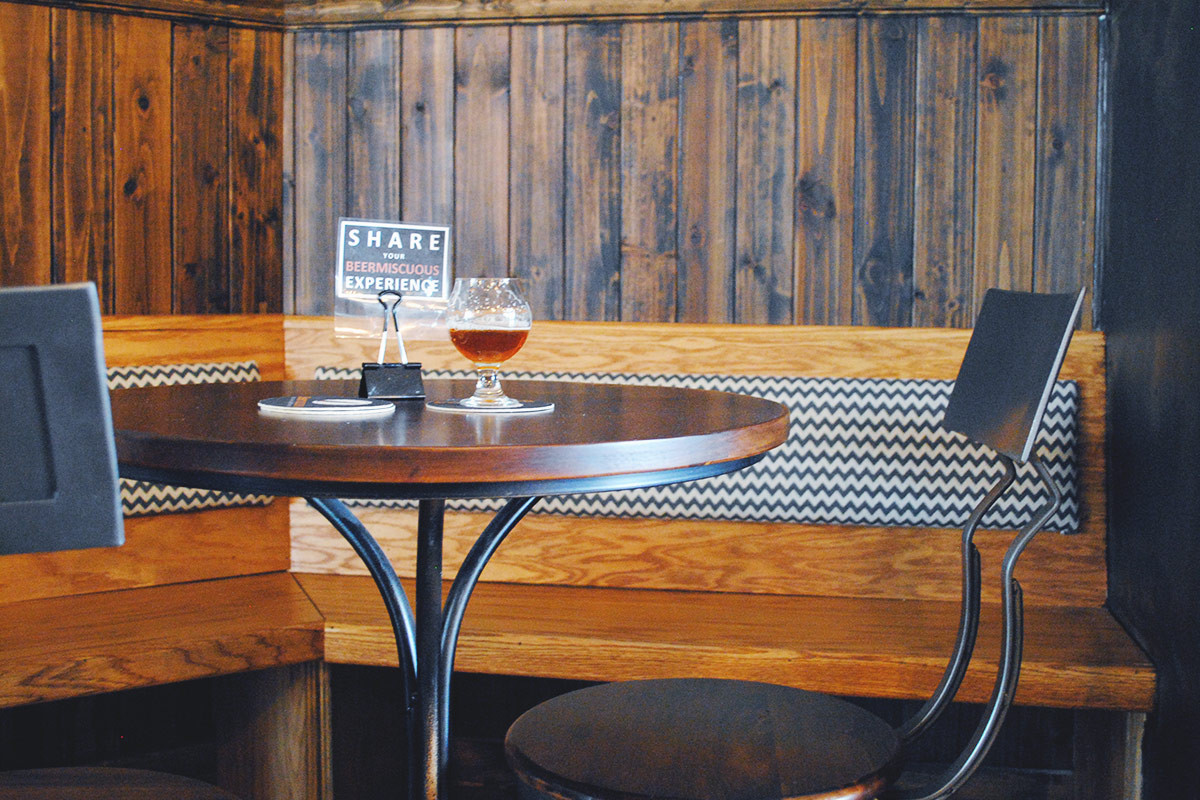 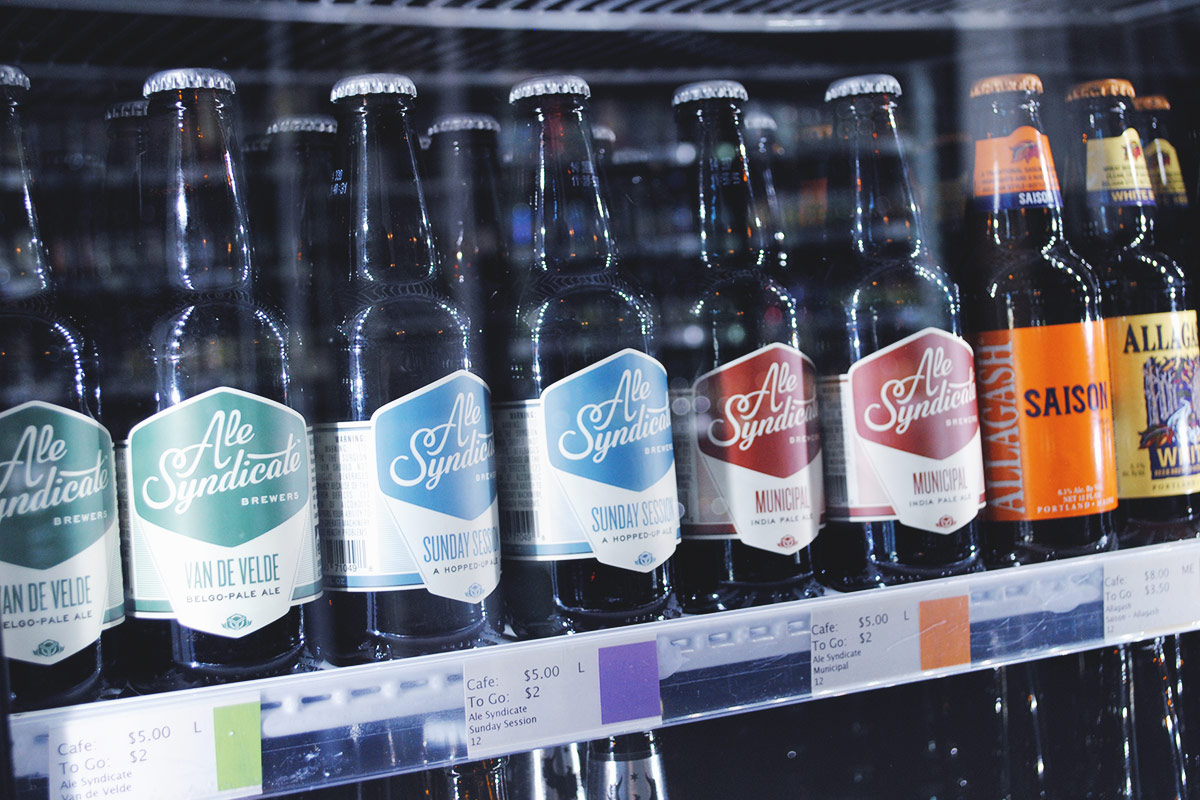 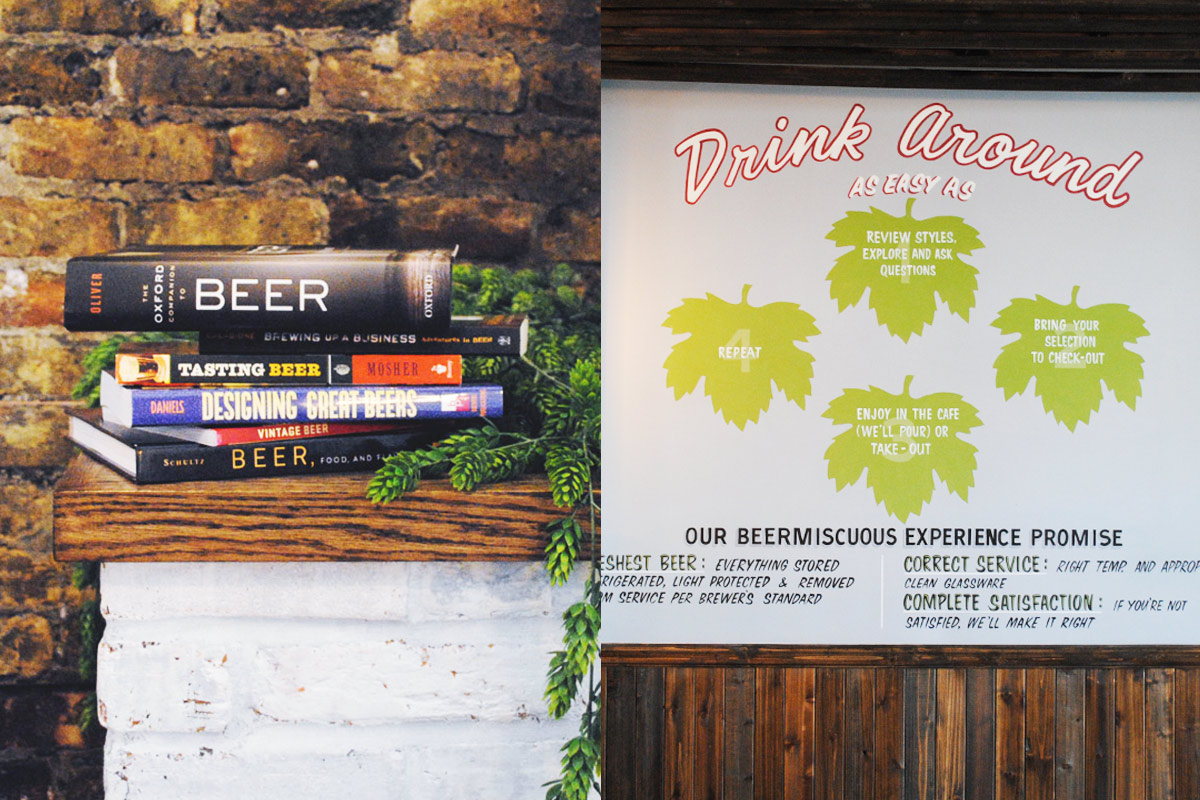 OUR RE-VISIT WITH BEERMISCUOUS / MAY 2019

Since that chance encounter, and their subsequent opening five years ago, Lakeview “coffee shop for beer” Beermiscuous has seen tremendous growth. They’ve gone on to open a second location in North Shore suburb, Highwood, Illinois and have continued to improve upon their Chicago neighborhood location vibe. With an impressive cooler selection, a continuously rotating draft list, and plenty of spots to sit and relax, Paul Leamon seems to have hit a gap in the Chicago market that we all wanted.

Possibly what has contributed most to their success is their solidified mission and focus–being the “taproom of taprooms” where the purpose is obvious. Their intention is to make beer an exploration of styles, and a overall: a fun experience. If you want to try something new or have an old favorite, they’ve got something for everyone–spanning all spectrums of beer drinkers, from the novice to the bonafide nerd. “Something that has helped a lot along the way is the staff we have–educated without being pretentious. Speaking to people no matter what end of the spectrum, they are willing to give their own recommendation,” quipped Leamon.

Thinking back to five years ago, the beer scene has changed quite a bit, and notably here in Chicago, says Leamon, “When we first opened, we would go through the seasons; there were mostly ‘seasonal’ releases.” While that certainly is still the case–especially when it comes to pumpkin beers, Oktoberfest releases, and even Christmas ales–there are new beers being released…every week. Chicago has so many breweries it can be hard to stay up-to-date on all of each brewery’s latest releases. “Five or six hazy IPAs were released just this past week,” Paul mentioned, which isn’t surprising seeing how popular anything “hazy” is at the moment. Despite the ever-growing and changing market, the selection and staff expertise that Beermiscuous offers is truly unmatched.

While their first few years had steady growth, the past two years have seen a spike specifically with tourists and out-of-towners looking to get the most out of their visit to Chicago before hitting the road. Whether it’s grabbing a pour from the tap, or a can or mix-six-pack from the coolers, they’ve got you covered. And since visiting all of the breweries in the city (and the suburbs) is of course impossible within a weekend, coming to Beermiscuous is the perfect place for a beer fanatic to have it all. Being able to sample beers from all over the city in one location just…makes sense–and what better place to do it than in the heart of Lincoln Park-Lakeview, amongst fantastic restaurants, shops, and classic Chicago neighborhoods? “We find so many people interfaced with the space differently; people who come in alone with a book to chill for the afternoon, grad students who come to study–with Depaul down the street–people who work remotely…and out of town travelers.” 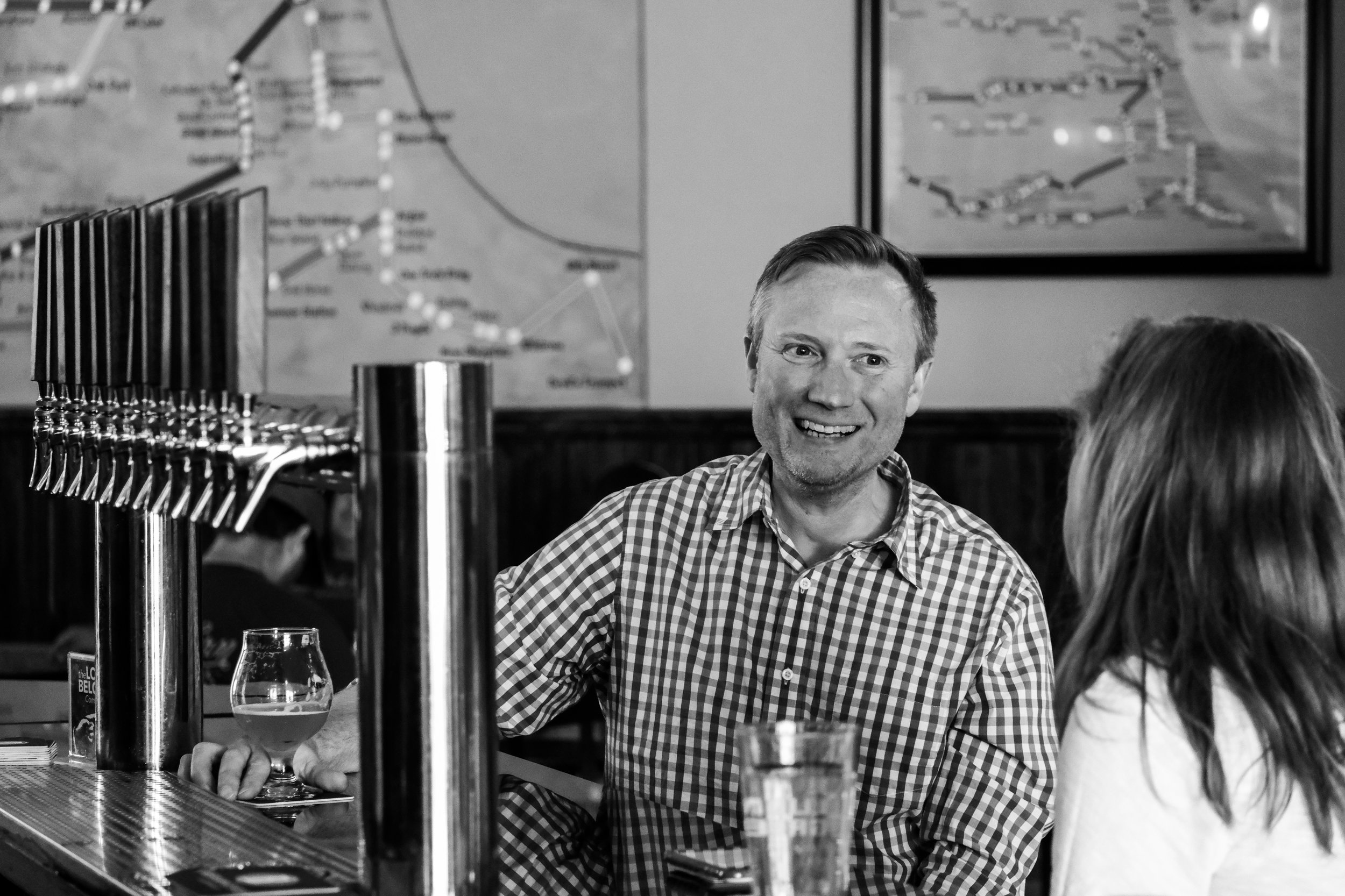 With breweries pumping out new beers every week, the Chicago craft scene continues to grow, making it easier to remain focused on local. Austin Harvey, the cafe’s buyer, keeps up with what’s released and makes sure he knows every SKU that hits the coolers. Says Harvey, “Still more often that not, I’m hearing about new things from customers that come in.” Keeping a good balanced offering and staying atop everything that’s happening within the city keeps him on his toes. “As Paul says, we’ve gotten to be known…70% of our stock is local. Our default is Chicago versus California or anything else.” Those who are visiting from all over the country, ‘can come in and try almost everything in the Chicago scene, if they’d like.’ And those weary travelers have certainly caught on–some even loading up their cars and suitcases with beer from the city to bring home, to take a bit of Chicago back with them.

While drinking Half Acre’s Galactic Double Daisy Cutter on a particularly warm and humid day, my mind immediately wants to inquire of all Paul and Austin’s favorite summer beers… While Paul’s staple style is an IPA, he’s particularly excited for the release of the Beermiscuous’ five year anniversary collaboration with Around the Bend–a hazy pale ale with rye, thinking that it will be the perfect upcoming summer beer [the beer,

Star No. 5, releases June 15, 2019]. In addition to that, Austin recommends the Ramblin Rose, also from Around the Bend–a beer with an Australian sparkling ale base, that has a balanced fruity profile. With all of the new beers Chicago has to offer [and the 275+ from nearly 70 local breweries–the widest Chicago selection anywhere] and another summer on deck, picking up your own six-pack at Beermiscuous is the best way to…well, have it all. 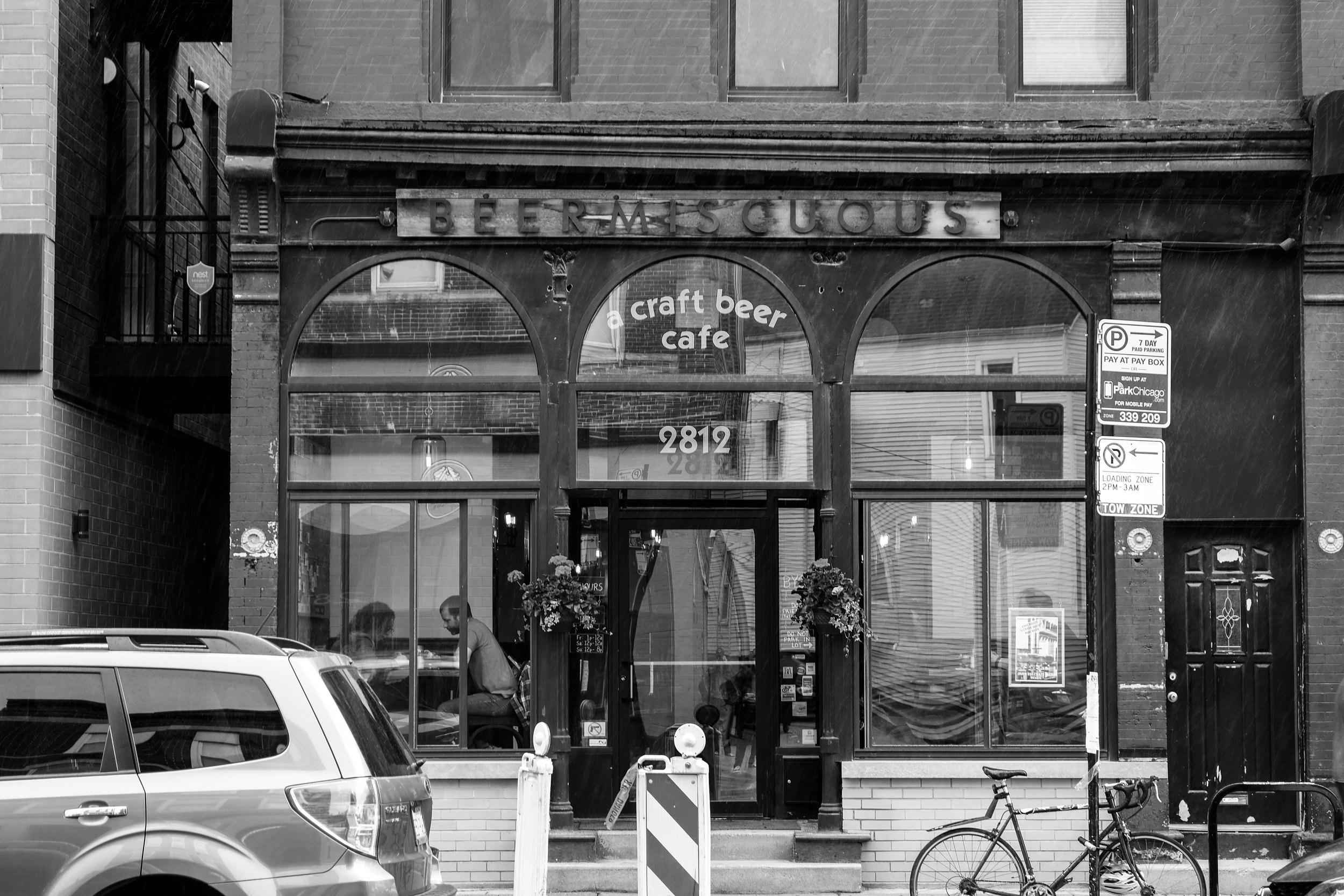 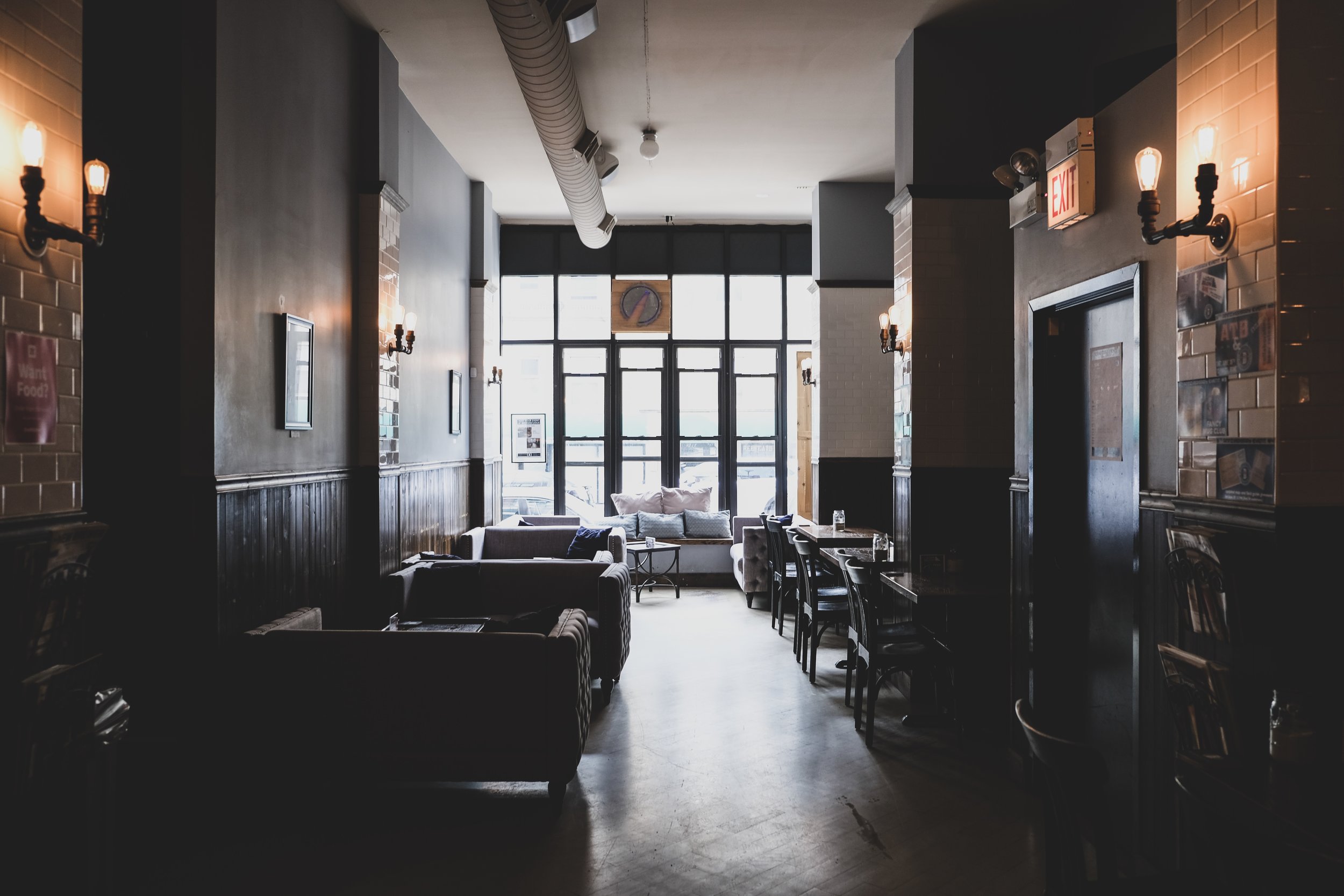 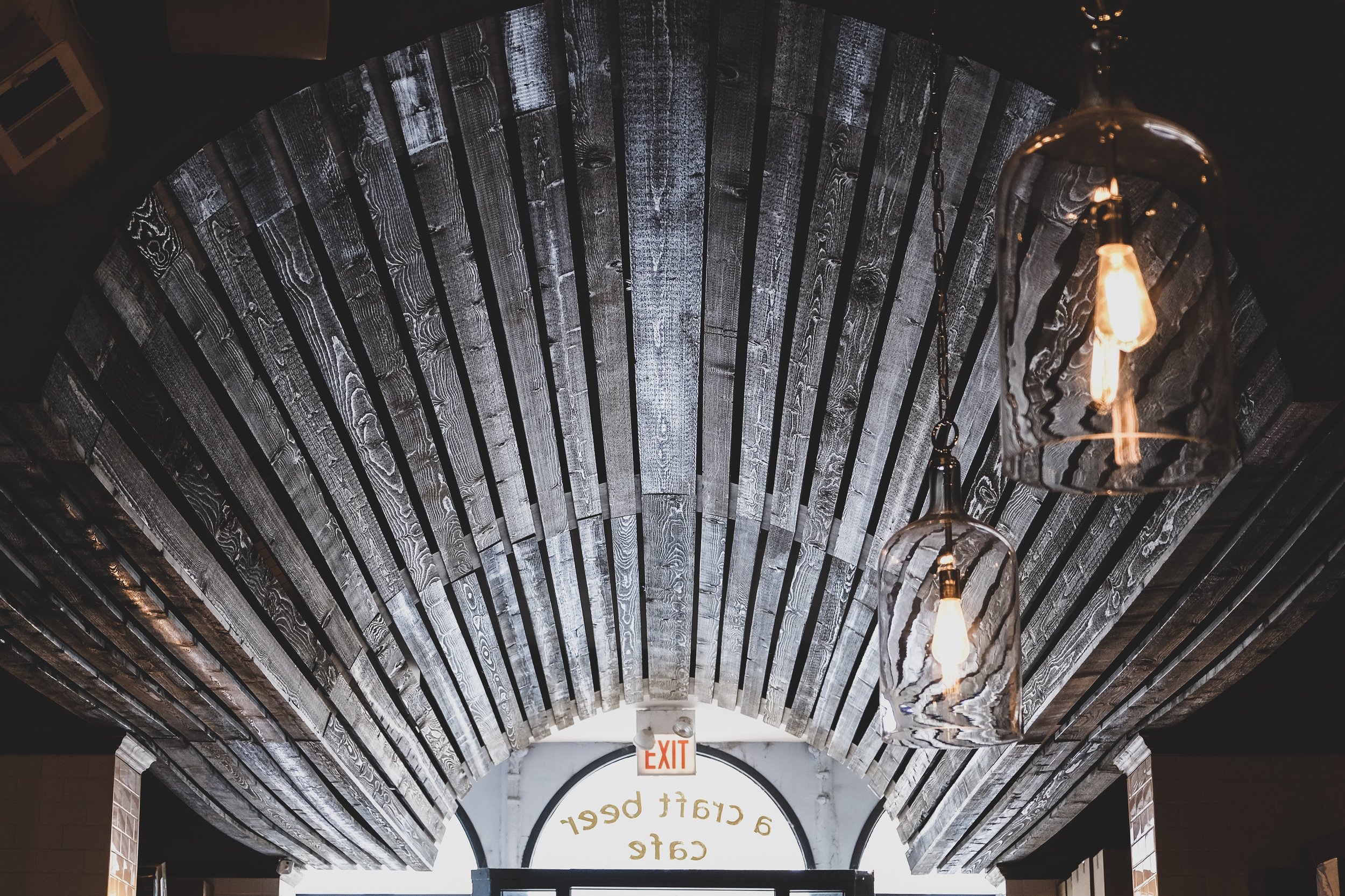 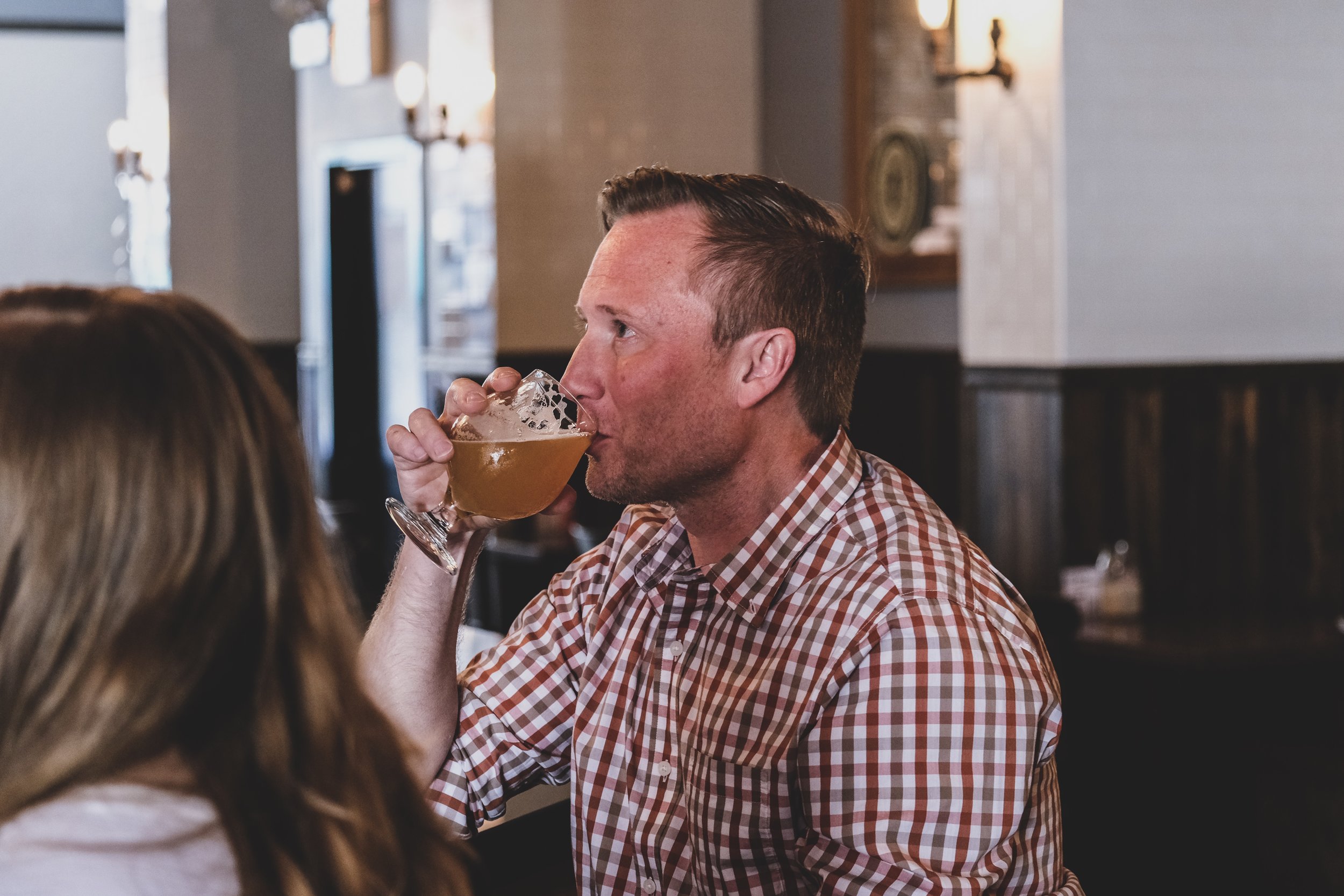 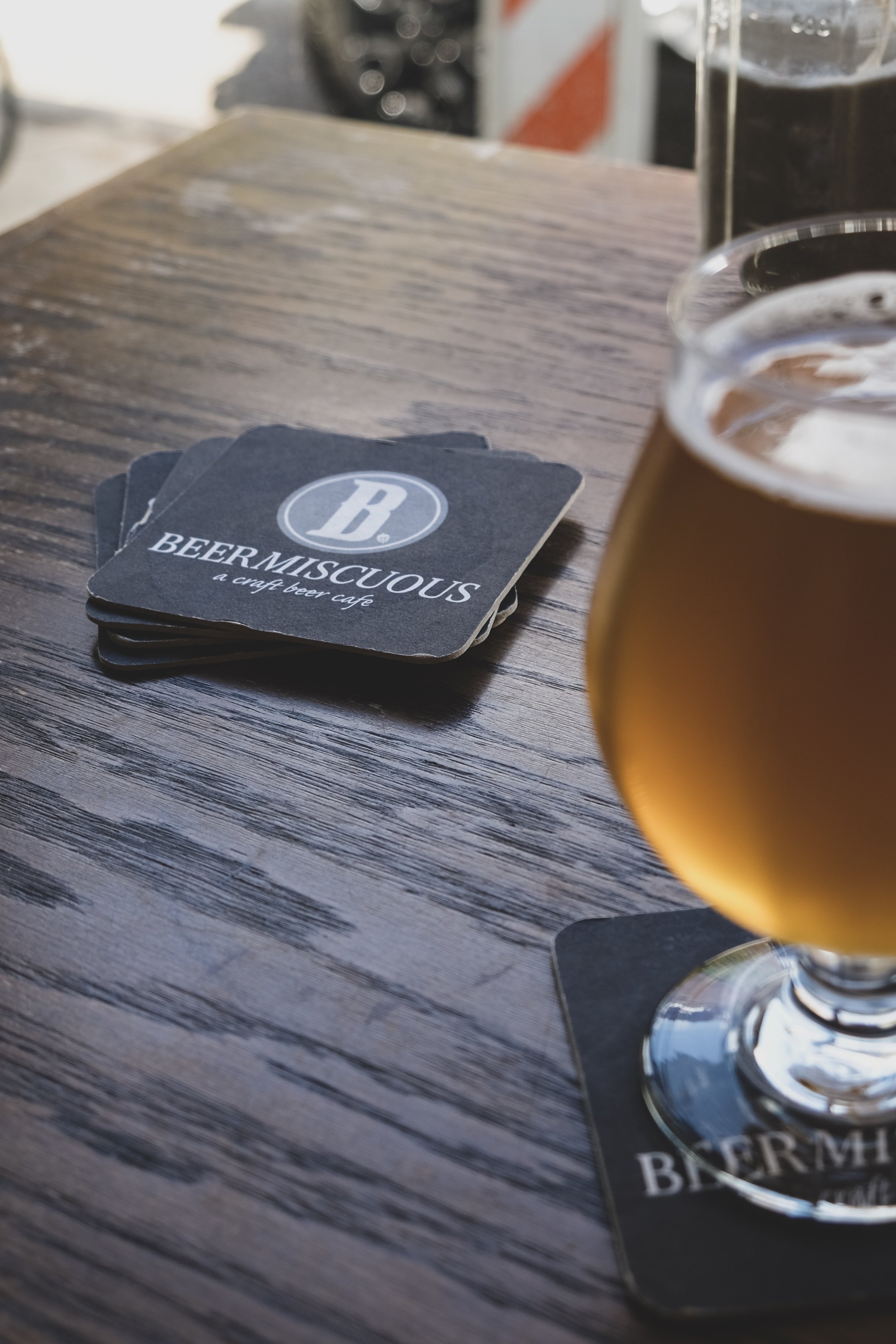 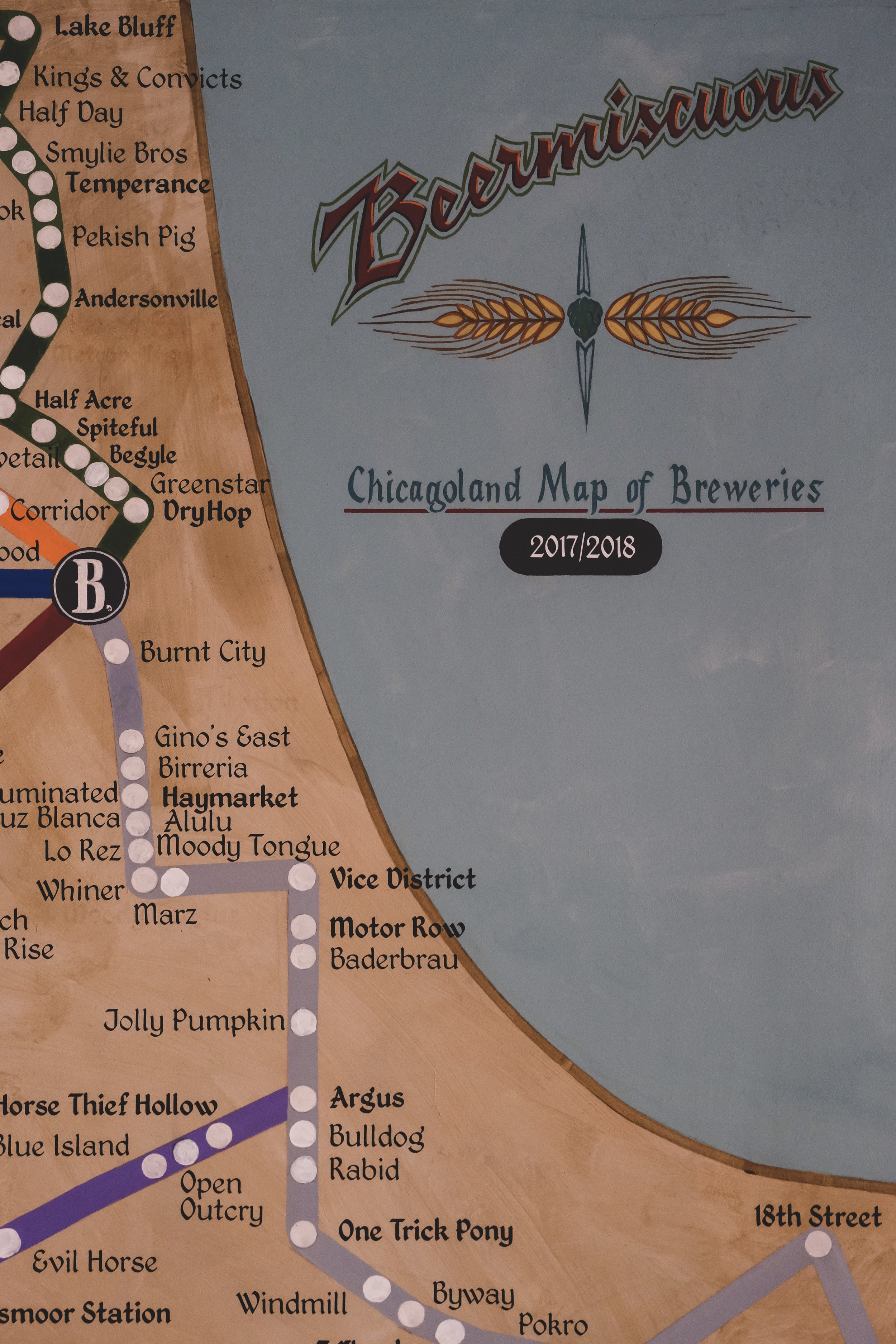 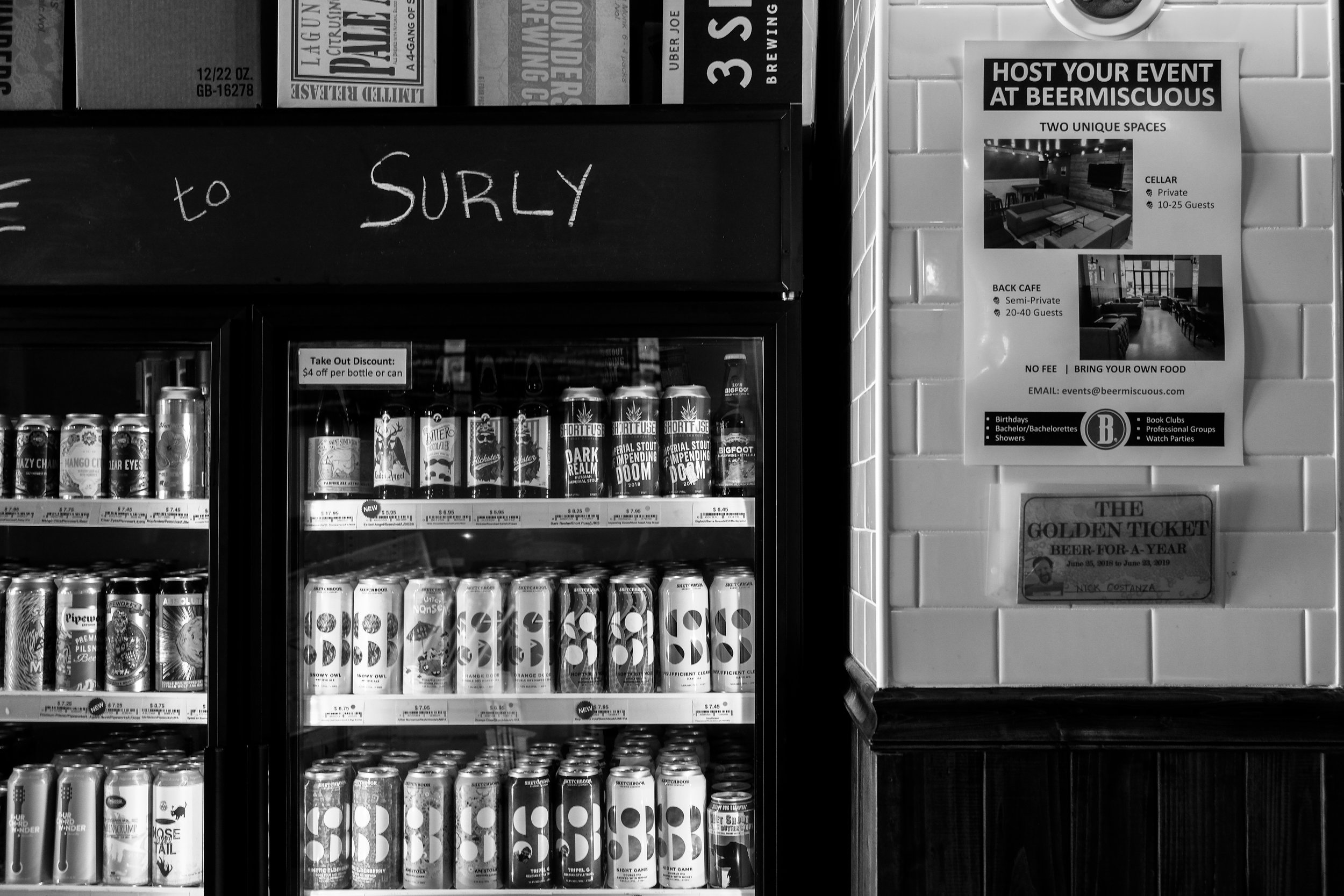 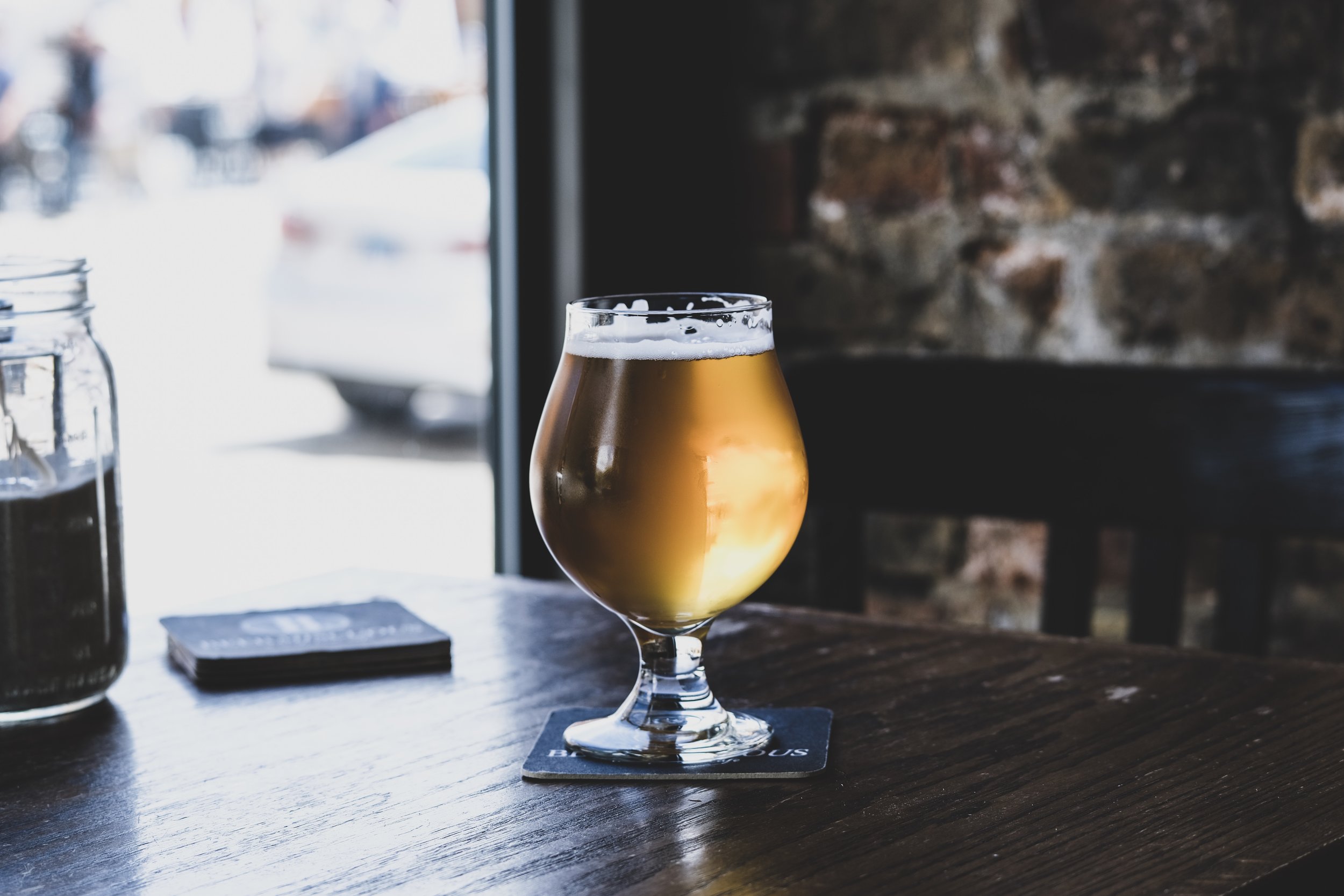 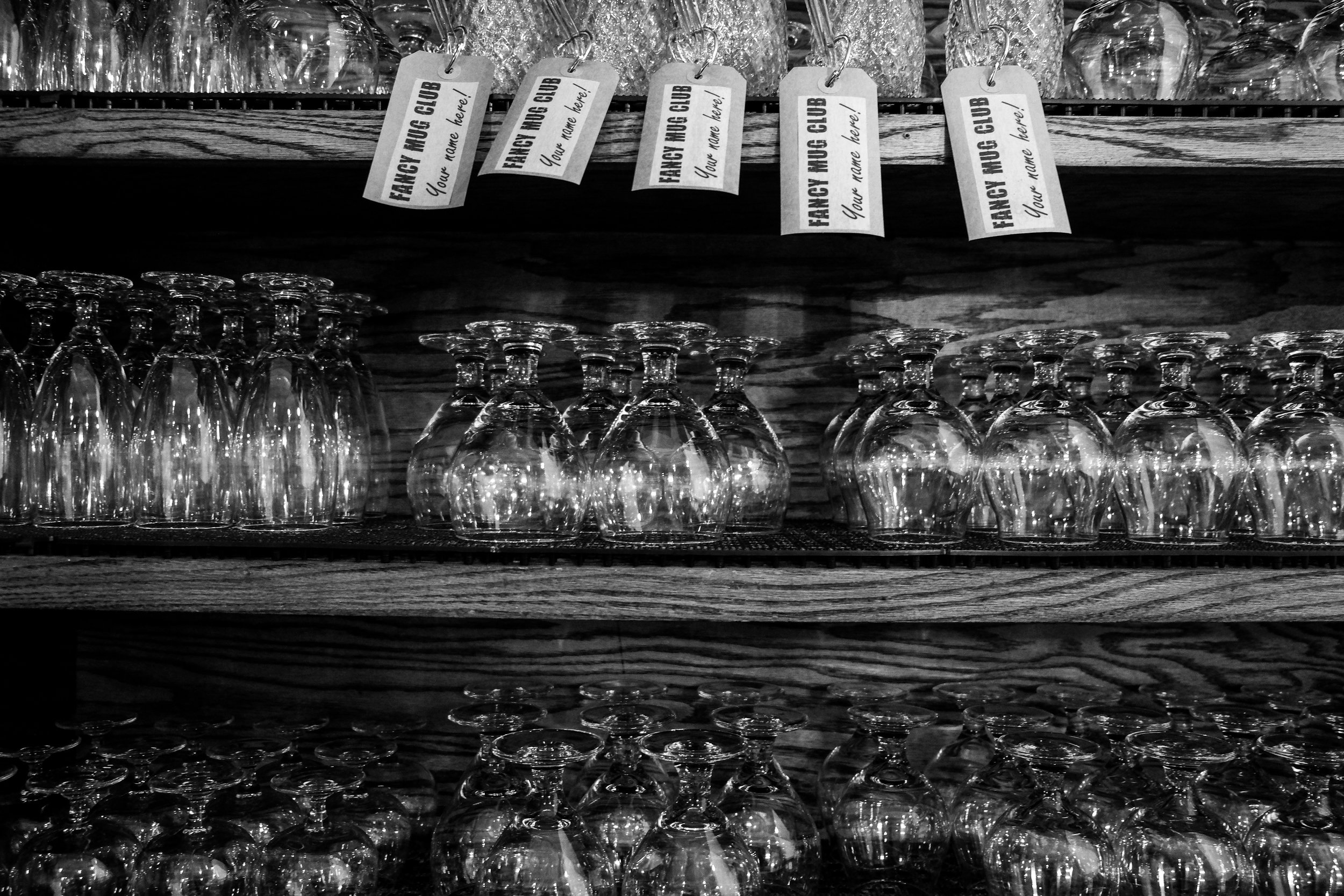 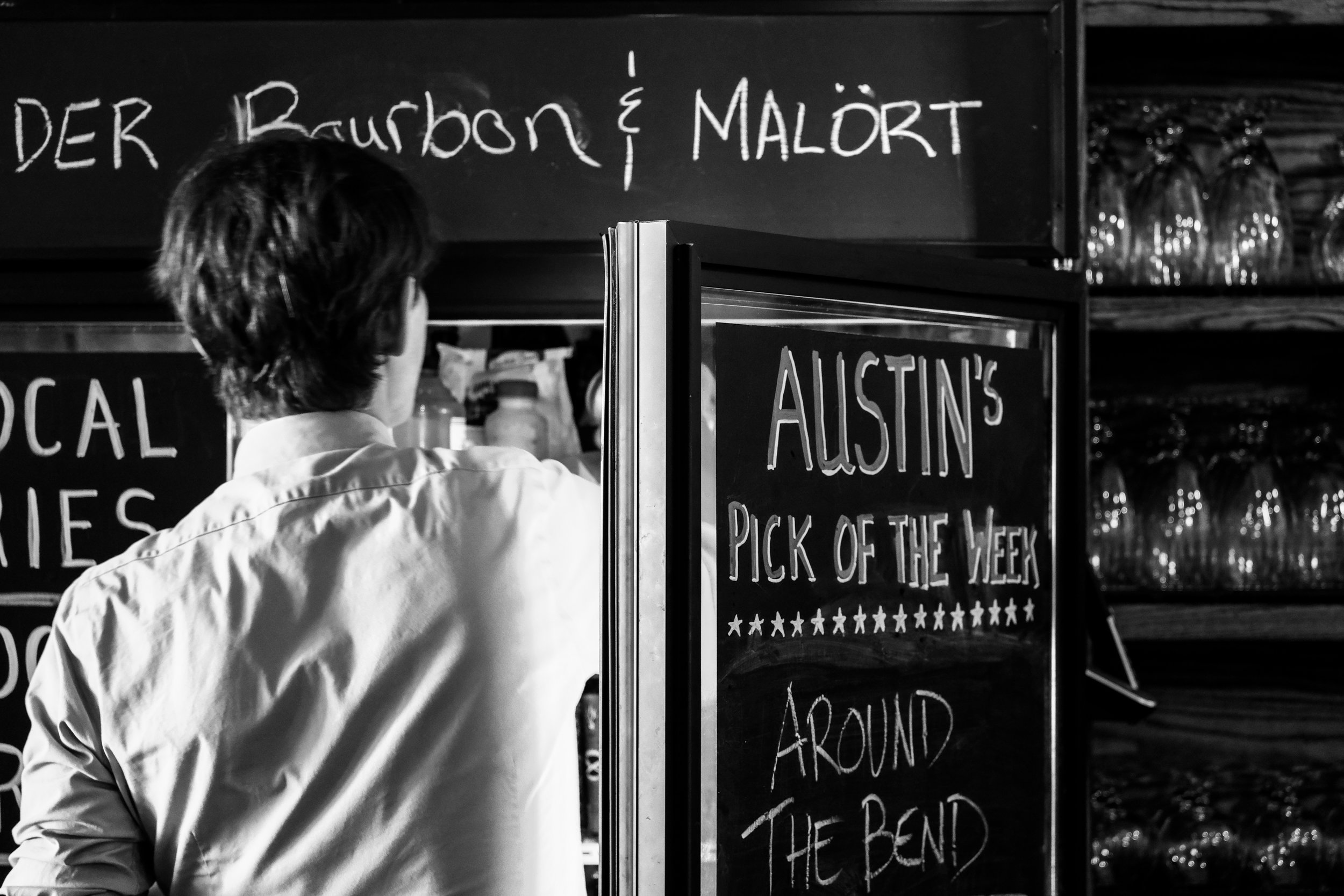 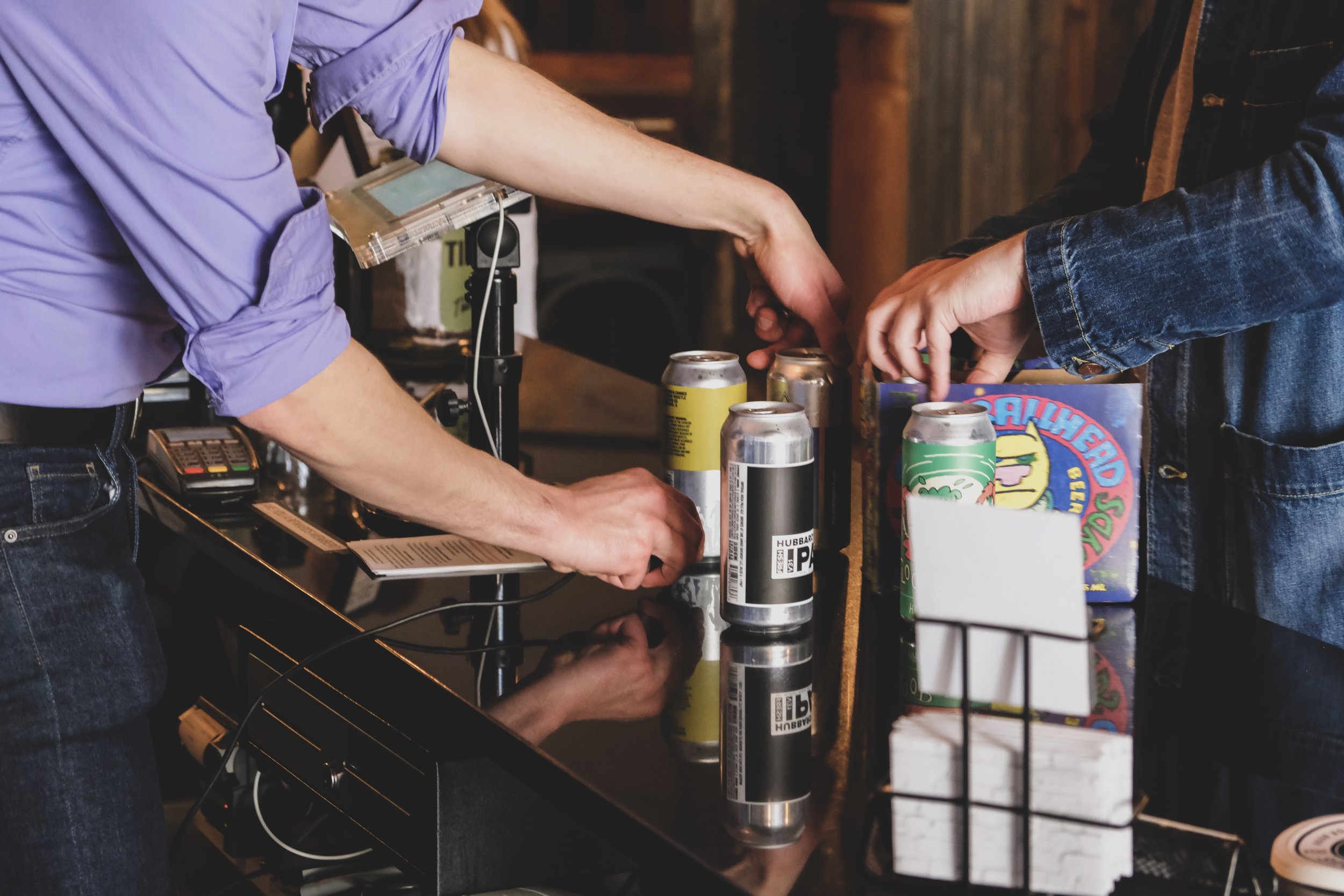 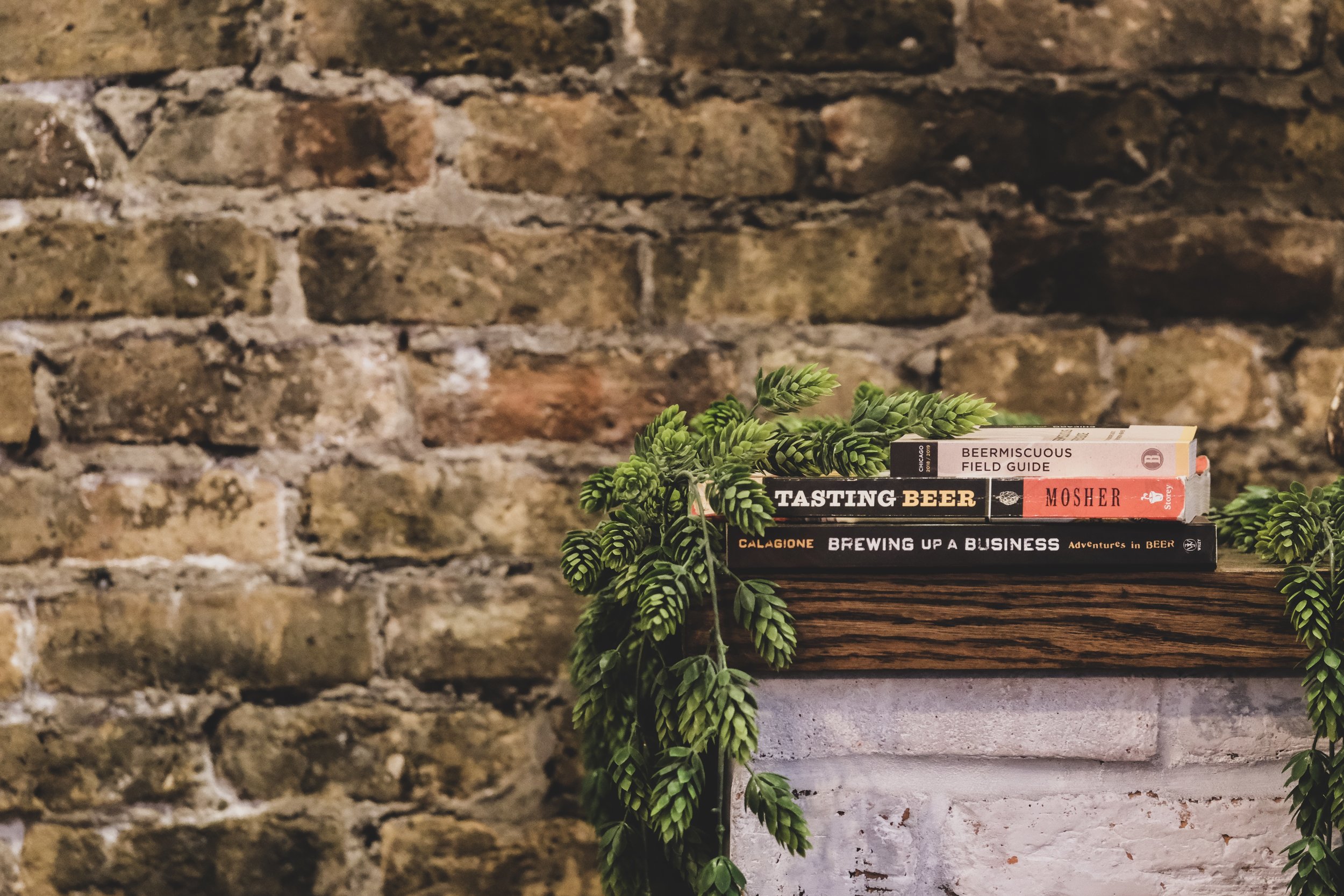 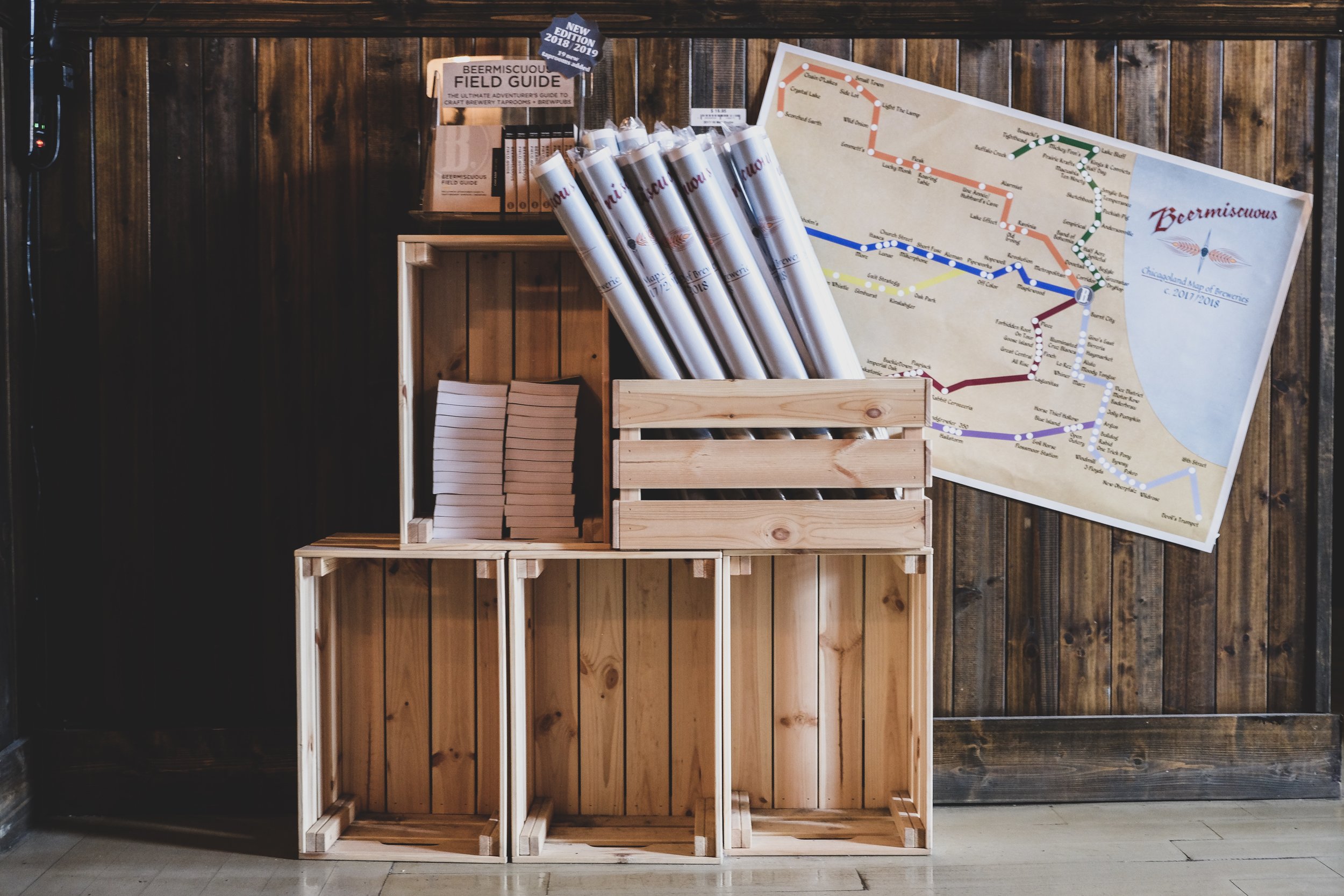 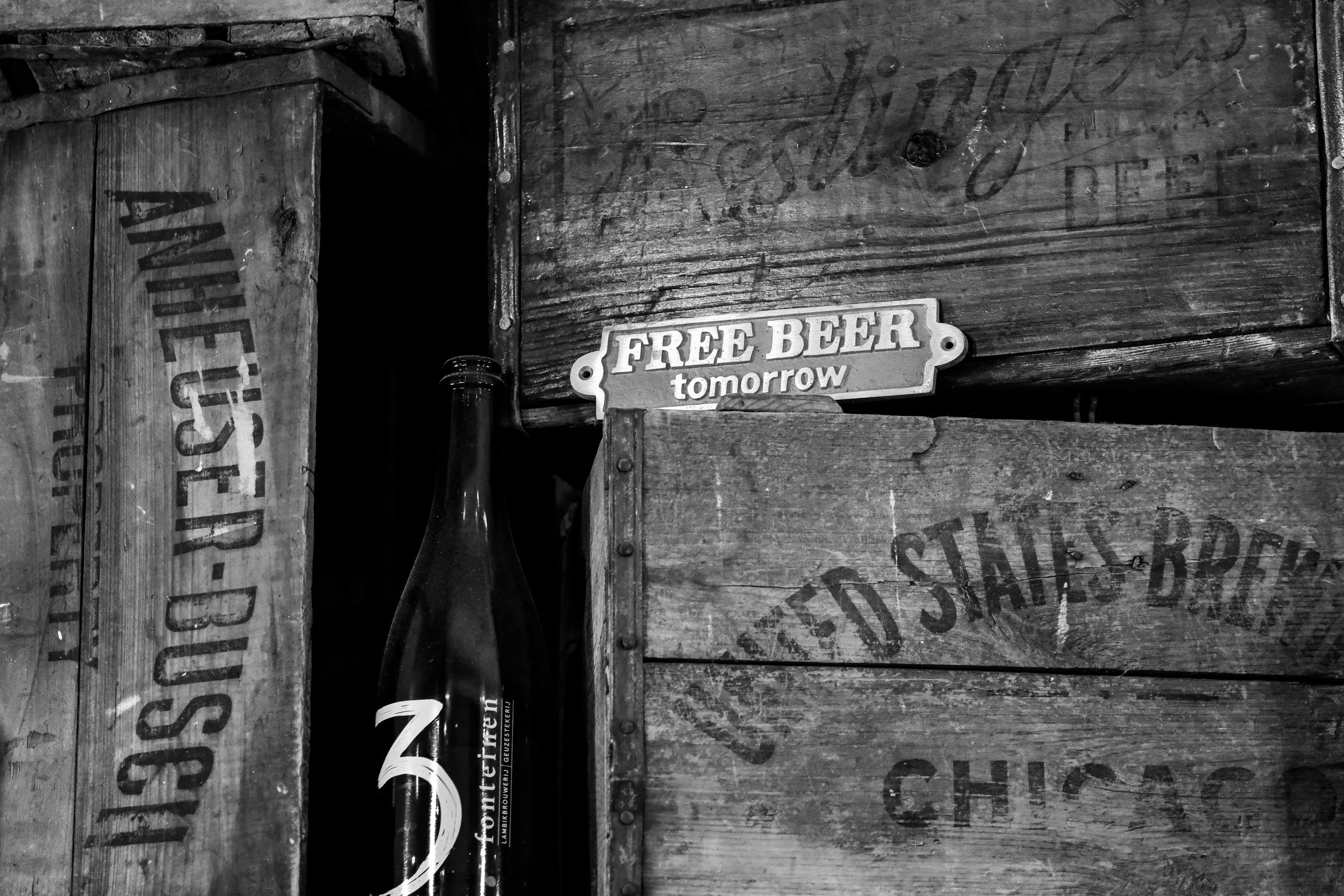 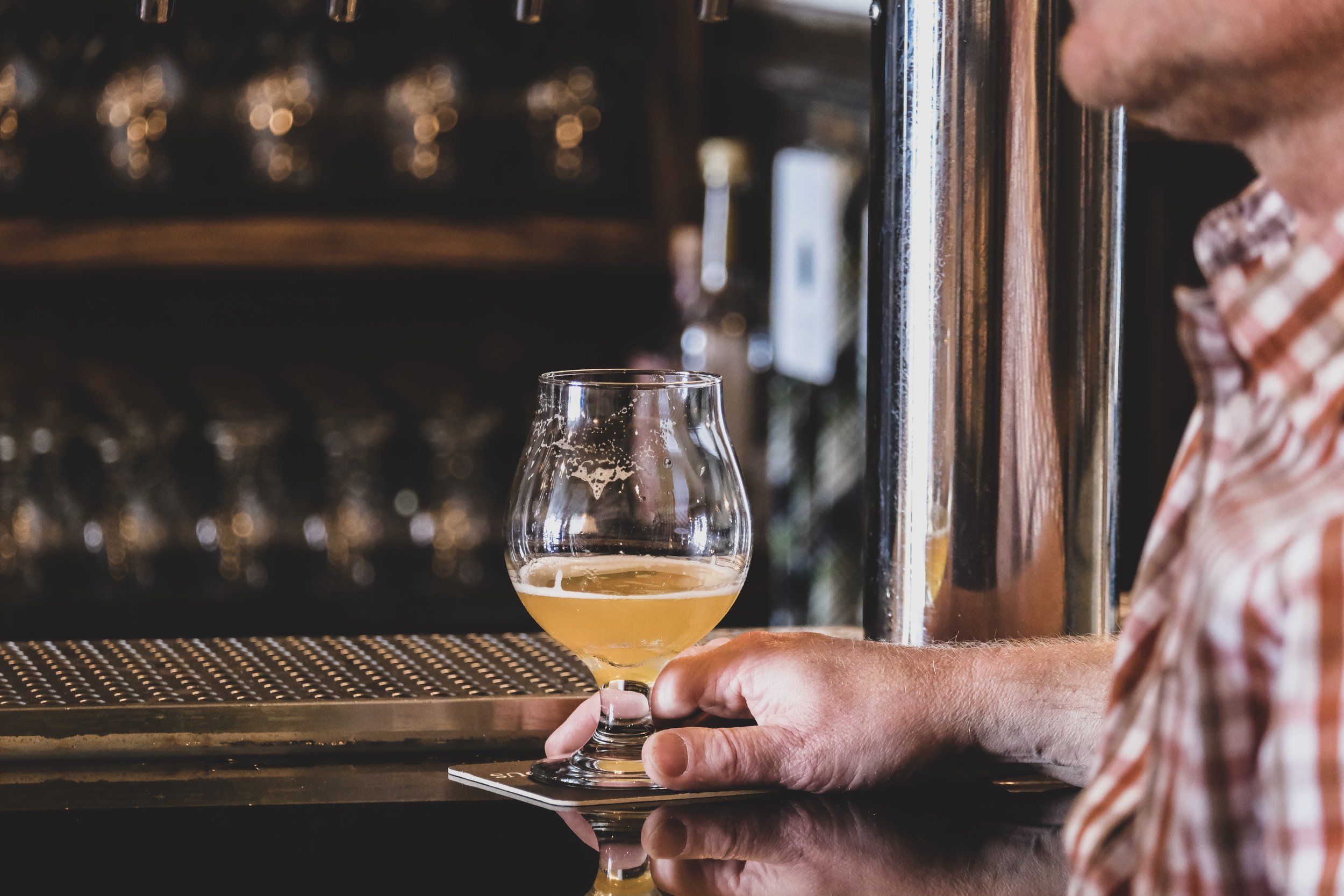 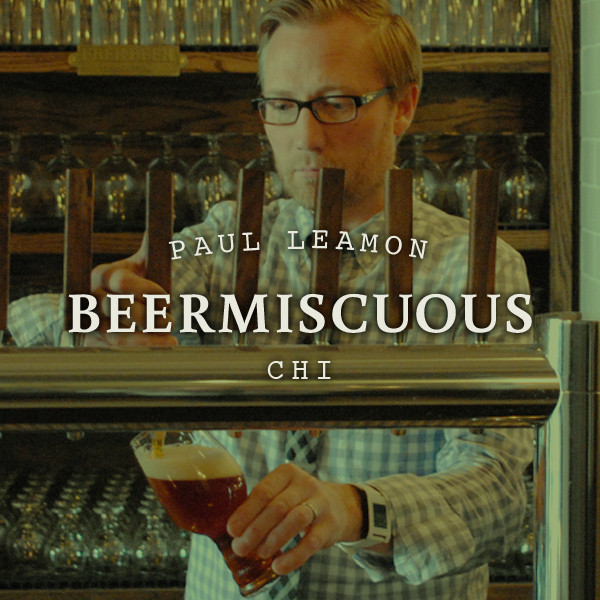 Be sure to check out our original interview with Beermiscuous from January 2015: