BY THR CONTRIBUTOR MICHAEL A. HUBATCH

In 1867, Prussian immigrant Jacob Leienekugel began a modest operation in Chippewa Falls, Wisconsin, under the moniker Spring Brewery–a nod to the area’s fresh spring water, a crucial piece of their brewing process. The brewery, the town’s main industry, is older than the town itself. Soon after, the brewery took the founder’s name, and Wisconsin’s famed Jacob Leinenkugel Brewing Company was born.

A backbone made up of six generations and 150 years of brewing has afforded the brewery affectionately referred to as ‘Leinie’s’ a great breadth of knowledge and recognition in the beer world. And yes, Shandies.

Having survived such hurdles as Prohibition, small-scale advertising and increasing competition, Leinie’s has certainly carved it’s space not just as a Badger state staple, but as the national brand we know it as today (thanks in no small part to the brewery’s sale to Miller in 1988). And while many folks outside of Wisconsin today simply know of Leinenkugel’s as ‘that Shandy brewery,’ it’s their nod to the traditional German brewing tradition that has been their mainstay over the decades. And to help celebrate that tradition and their 150 year mark, they chose to brew–you guessed it–a classic lager.

And that recently led us to their anniversary celebration, at Chicago’s Hofbräuhaus, in Rosemont. The release of their collaboration Anniversary Lager with Hofbräu München takes all of their decades of hard work and lets you pour it right into your glass. The beer hall provided large mugs of the Anniversary Lager, traditional German fair and–I kid you not–a Bavarian Oompah band that also sang 90’s pop hits. 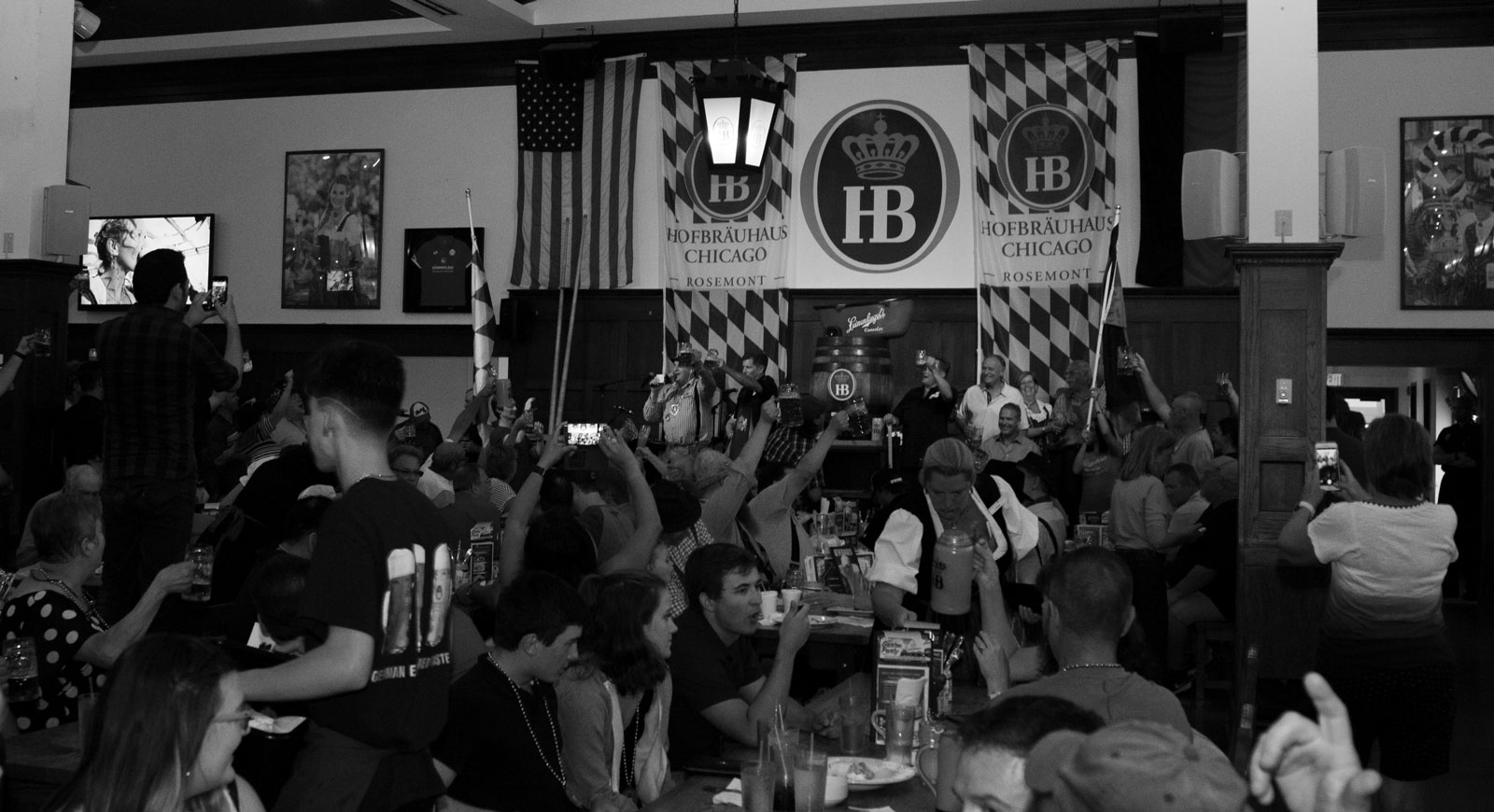 Typically, I’m used to reporting on small breweries making big waves on the beer scene, but this time it was a brewery name I remember my grandfather drinking during Wisconsin fishing trips. As I dug deeper into the brewery’s history, one word kept popping up in my head: tradition. The Leinenkugel brewing tradition is one of passion that radiates through all six generations of brewers. So my first question to Dick and John–’How do you stay relevant as a 150 year old brewery?’ Their answer lied within a summertime tradition… 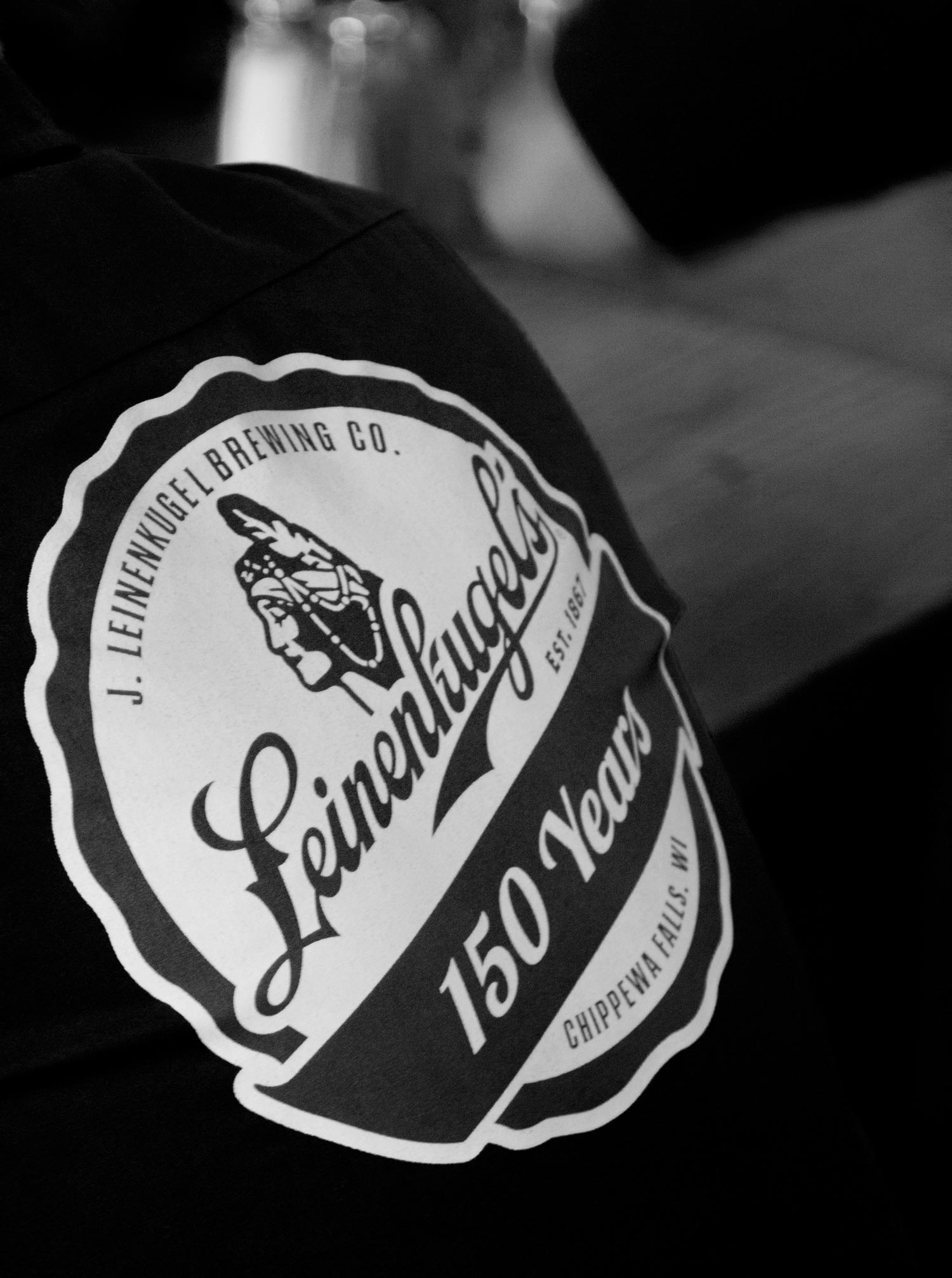 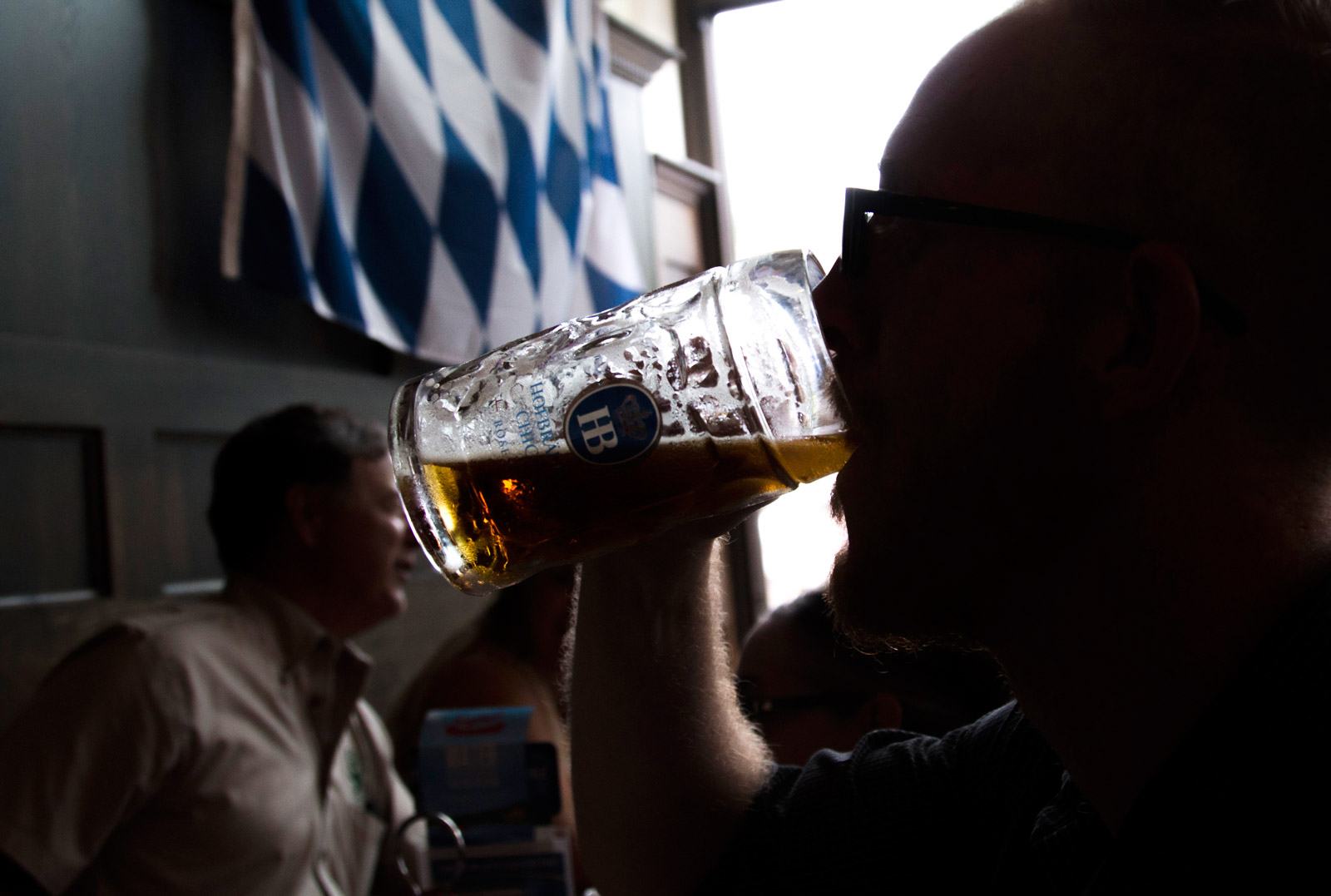 Dick and John Leinenkugel (the fifth of the six generations in the business) were more than happy to share a mug of Anniversary Lager with me and share a few words about their history as well as what it means to be Leinenkugel’s, 150 years after the brewery was founded. But much of the conversation focused on the success of that Summer Shandy.

For those who don’t know, a shandy (or radler, depending where you are in the world–the first being a UK tradition and the latter the German version) is one part beer and one part lemonade or fruity soda–grapefruit being most common–resulting in a refreshing drink fit for the hot and humid Midwestern months. And, the Leinenkugel’s original version has become ubiquitous with the brewery, and the style itself. Prior to simply being dubbed ‘Summer Shandy‘, it was called Lakehouse Lemon. Surely, adopting the style into its name has allowed Leinie’s the success and catalog of flavors you see on shelves today.

The development and success of Summer Shandy linked the sixth generation brewery to an under-served market and helped spread the brand’s name. Their future plans for success will be derived from their shandy beers. And while it is synonymous with Wisconsin, Minneapolis proves to be their biggest beer market for the summer ale, with Chicago and Milwaukee close behind. And fourth in consumption order might be my brother’s apartment in Fort Myers, Florida, where the stuff seems to be available year-round…

And while shandies might be building the business for the brewery today…and tomorrow, their collaboration between Hofbräu München is one traditional recipe that would make founder Jacob Leinenkugel proud. The lager celebrating 15 decades is brewed in the spirit of Reinheitsgebot, the German purity law for brewing, and includes German malts and a mix of regional American hops. The result? A Märzen-style beer that only two brewing behemoths could create, just in time for the influx of fellow Oktoberfest offerings.

With so much history behind their name, brothers Dick and John remain focused on the brewery’s future, innovation and experimentation–without forgetting the beers that would make their great-great-grandfather, Jacob Leinenkugel, proud. 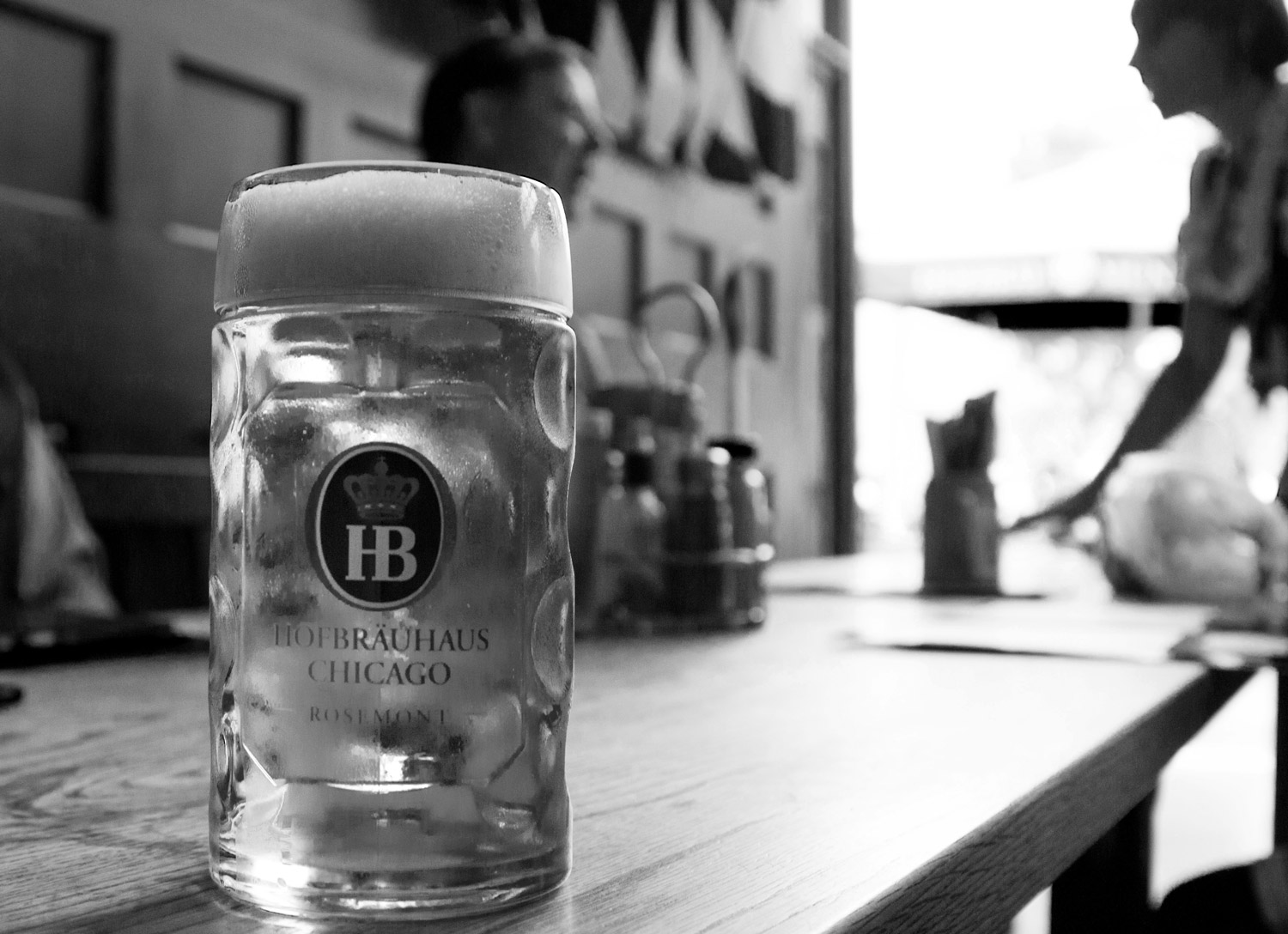 This beer is medium-bodied, hoppy on the nose and slightly sweet, with a malty finish. It has all the ideal characteristics of the Märzen style, with a twist from the use of new world hops. We’d say it’s best enjoyed in a large German stein, paired with German fair, and at a party thrown by John and Dick Leinenkugel. 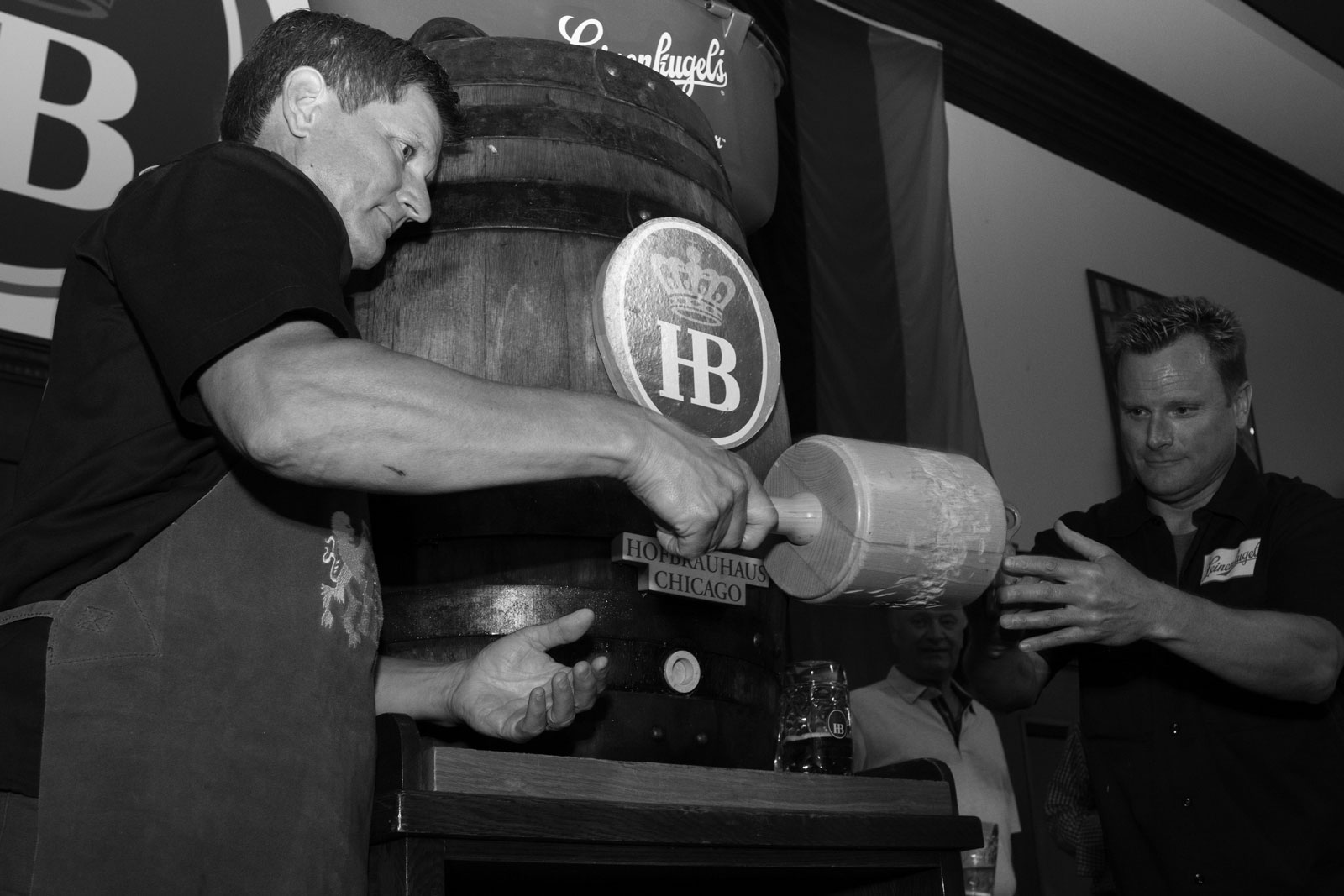 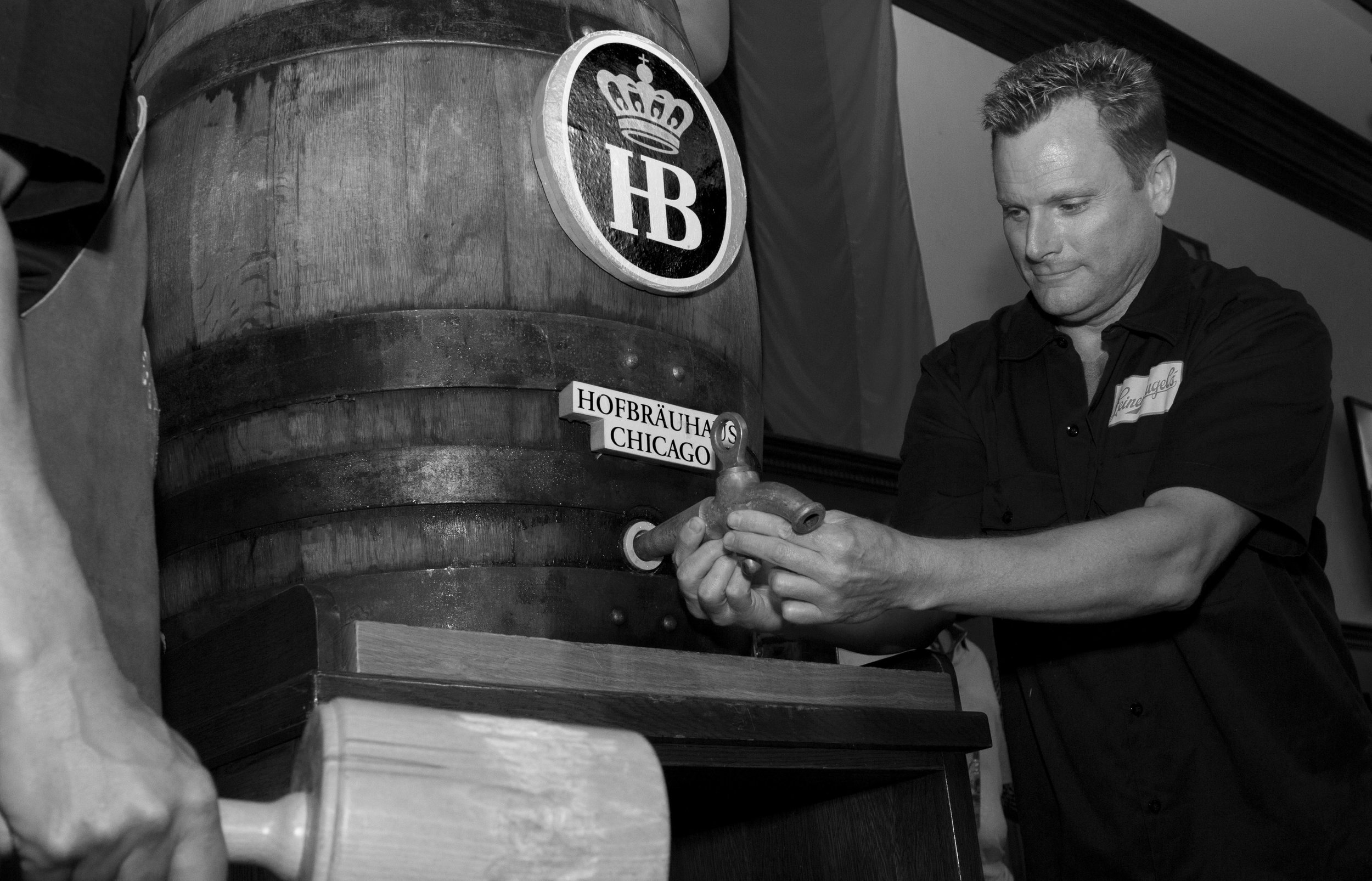 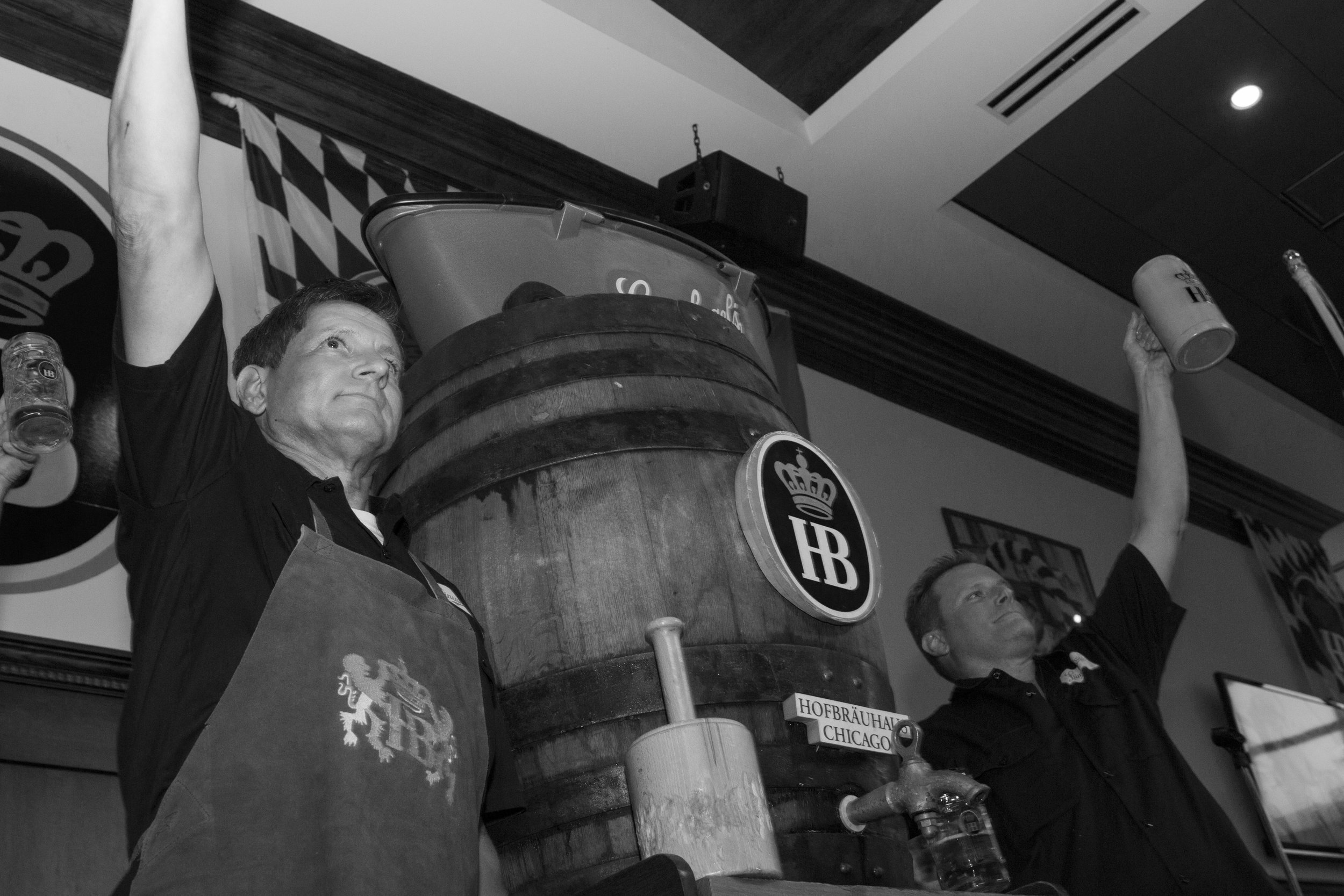