Ska Brewing founder Dave Thibodeau sometimes finds the brewery floor a little quieter on days when the weather is exceptional, or that first bit of ski-able powder has covered the nearby Durango, Colorado mountains. But, that doesn’t upset him, as we learned when we chatted with him recently. Since he founded Ska Brewing in 1995, he’s been championing the work-life balance. Those efforts were recently recognized, as Ska was selected as one of OUTSIDE Magazine’s ‘Best Places to Work 2017’–one of only four breweries of the 6,000+ around the U.S. We caught up with Thibodeau to pick his brain about Ska’s roots and fighting for the indie brewers, bad decisions and…music. 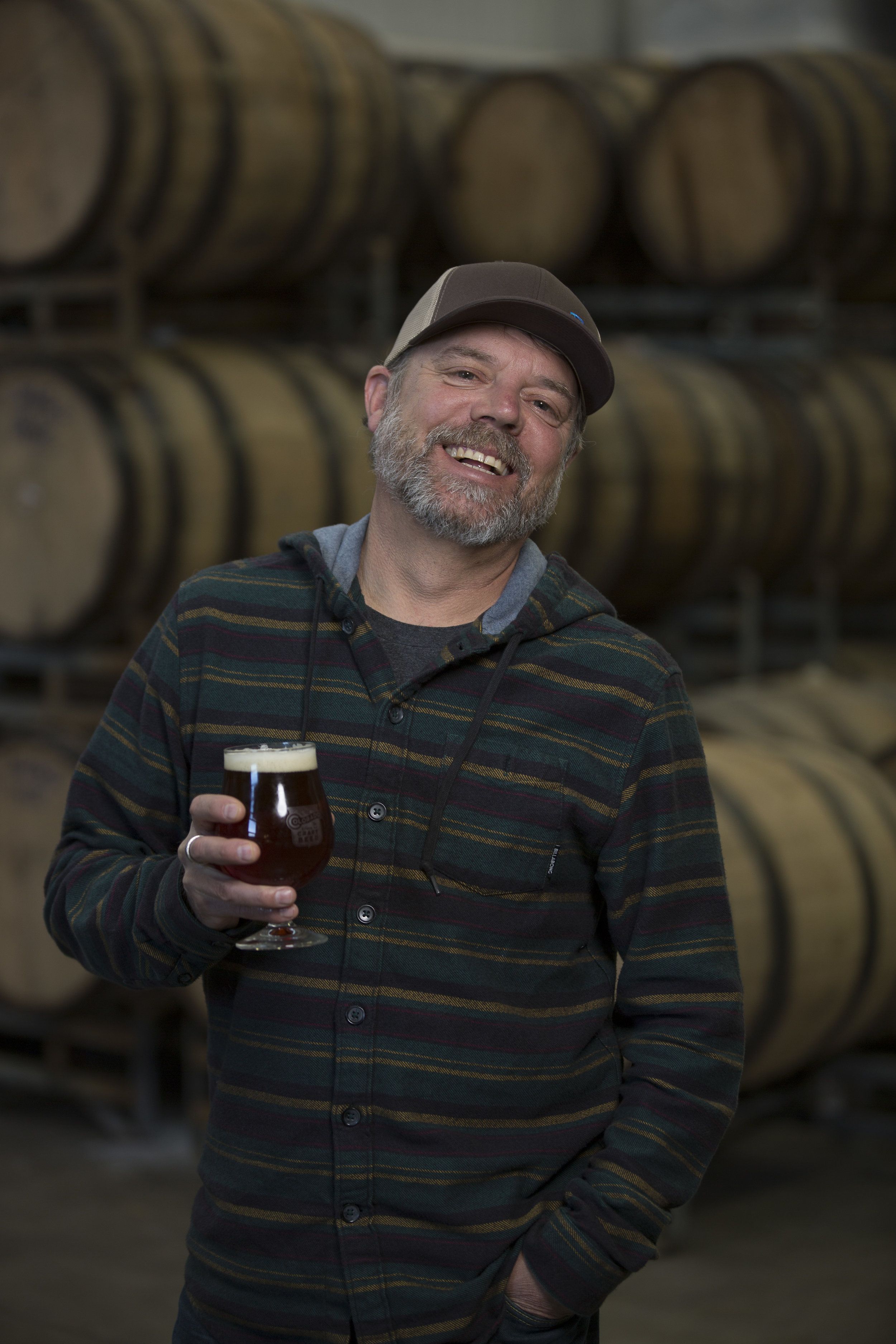 Ska was recently named on of the Best Places to Work, by Outside Magazine, 1 of only 4 (of the 6,000+) craft breweries to get the nod. What have you done to achieve such a coveted work environment, and why is that such an important focus for the brewery?

Ha! Today is a perfect example. It’s pretty much the first powder day we’ve had this season and you can hear crickets chirping here at the brewery! My guess is that everyone figured out how to rearrange their schedules so they could get out on the hill, which we fully encourage. We feel really fortunate to live in Durango and make beer for a living. Our focus is on our team, our family, and I think we’ve created a culture where everyone is doing everything they can to help everyone here be healthy and successful. Respect and trust beget further respect and trust.  One of our Core Values is “Hard Work and Fun are Not Mutually Exclusive,” hence the chirping crickets…

Since day one (1995), Ska has had the mentality of ‘fighting for the little guy’, it seems. How has the scene changed from the 90s til now, in terms of the indie brewery vs. ‘big beer’, and how do you maintain that indie spirit?

This is at the very core of our being, and we’ve always been about the underdog! We started a series of comics to tell our story when we first started in ’95. It’s very much our battle against “Rotgutzen International Beverage Corporation,” led by the evil CEO, Mr. Pinstripe, whose scorched earth policy and quest for World Domination leaves no craft brewer safe. The war has only grown, and the battles are being fought in every neighborhood in the country. We’ve seen friends go to the Dark Side. The “Illusion of Choice” is all around us—this is no time to lose the indie spirit!

You’ve said, ‘The difference between big beer and craft beer is love.’ Can you explain that sentiment?

I guess I sort of touch on it above. Although there are exceptions, I don’t think most craft brewers believe that money equals happiness–if you do, then why in the fuck are you in craft brewing? Probably should have done a little more research on margins…

How has Ska managed to maintain relevancy in today’s beer scene, when so much hype now revolves around what’s the newest beer/brewery/ingredient?

We have a crew that likes to have fun, and now more than ever (I’ll admit that it hasn’t always been this way, but we keep learning) they get to mess around and do a lot of experimenting in the brewery, and we also have a sweet 3.5 bbl brewery in our warehouse we call the Mod Project that gets a lot of crazy ideas filtered through it, but in the end we have a lot of young people with great ideas and we just simply do what we feel like doing. I think that reveals itself in fun beers like Pink Vapor Stew, or in our tasting room where we always have at least 20 different Ska beers on tap—it’s a little painful to admit, but we’re pretty attracted to shiny new things as well.

What, in your opinion, has made Colorado the brewing powerhouse it is today?

It’s no secret that some of the earlier Colorado brewers like New Belgium and Odell set the bar about as high as it can be set. Although they weren’t the first in Colorado, they’ve certainly had an enormous overall impact. The trickle down is huge, whether it be the beers themselves or consecutive generations of new brewers with roots somehow going back to some of the early brewers. The bottom line however is, with a bar set that high, you simply won’t survive in Colorado unless you make great beer.

Some mornings I wish I could say drink less beer, but I don’t. In all honesty, I think the answer would be employing over 70 people. I don’t know about my partners Bill Graham and Matt Vincent, but I certainly didn’t expect we’d be here in this capacity today. I really am living in a dream.

A few years back, you decided to pass on a large scale expansion, as so many of your neighbors did. Do you ever regret that decision? Any future plans for expansion?

Not only do I not regret it, I think it’s the smartest non-decision we ever made! We built our current brewery in 2008, and it was a lot to bite off. Although we have continued to expand brewing capacity without building another new brewery, our focus has really been on efficiencies and employees, which I would define as expansion on our terms. You’re hearing the rumblings every day where brewers with our business model over-extended themselves and are now not able to hit their projections. I don’t want the pressure of the bank or some private equity guy looking for a return we can’t give them.

You’ve been known to have a tongue-in-cheek and even self-deprecating take on mishaps within the business. For example, your ‘bad hop contract’ a few years back led to an excess of Galaxy and El Dorado hops, for a beer that just wasn’t selling (Rudie Can’t Fail). As a result of this self proclaimed ‘stupid mistake’, you rolled out the extra hoppy BHC DIPA, poking fun at the slip up as well as other ‘DIPA’s on the market. What’s another time you tried a creative solution to a brewing mishap?

When you make bad decisions as often as we do, you need to get creative, so I can certainly think of a few. We’re fortunate to also own Peach Street Distillers which provides back and forth opportunity to fix mistakes, or as I like to refer to it, “Synergy”. Once we somehow bottled an entire brite tank of our Steel Toe Milk Stout that we forgot to carbonate. We spent the day opening 12 oz bottles and dumping them into totes and then we distilled (bierschnapps) and aged it in new American Oak for 5 years—one of the best whiskies I’ve ever tasted!

When you’re not at work drinking Ska beers, what are you drinking?

I drink the crap out of some fizzy water, but I don’t think that’s what you’re asking.  We’re also a wholesaler (legal in Colorado) and I like to drink the beers that are in our portfolio; LaCumbre, Stone, Telluride, Left Hand…

If not Ska music, then…?

I listen to a lot of music. Oddly enough, I love 50’s and 60’s Doo Wop. I’m also a Beatles freak. Far more so than anything though, I listen to classic punk rock. 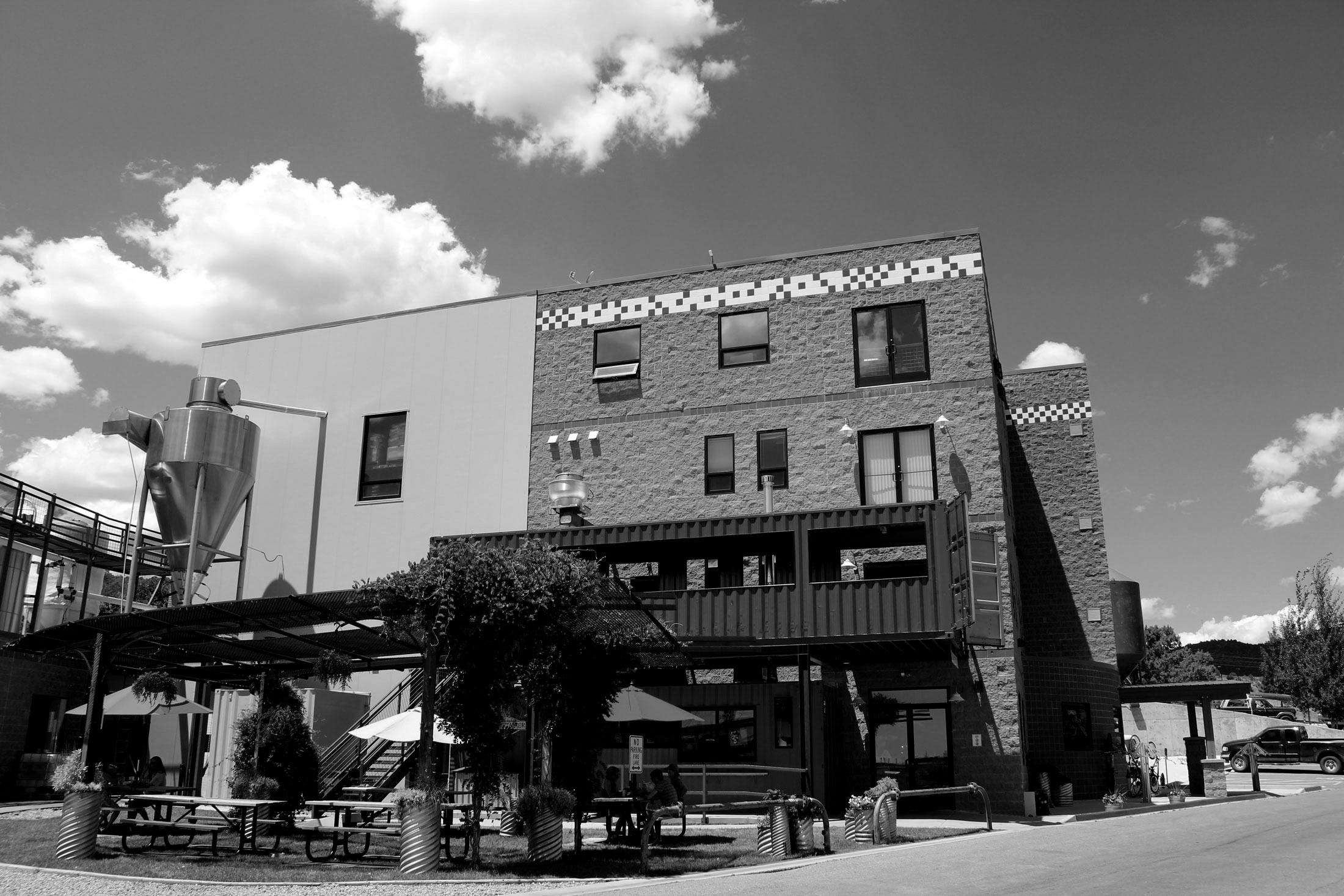 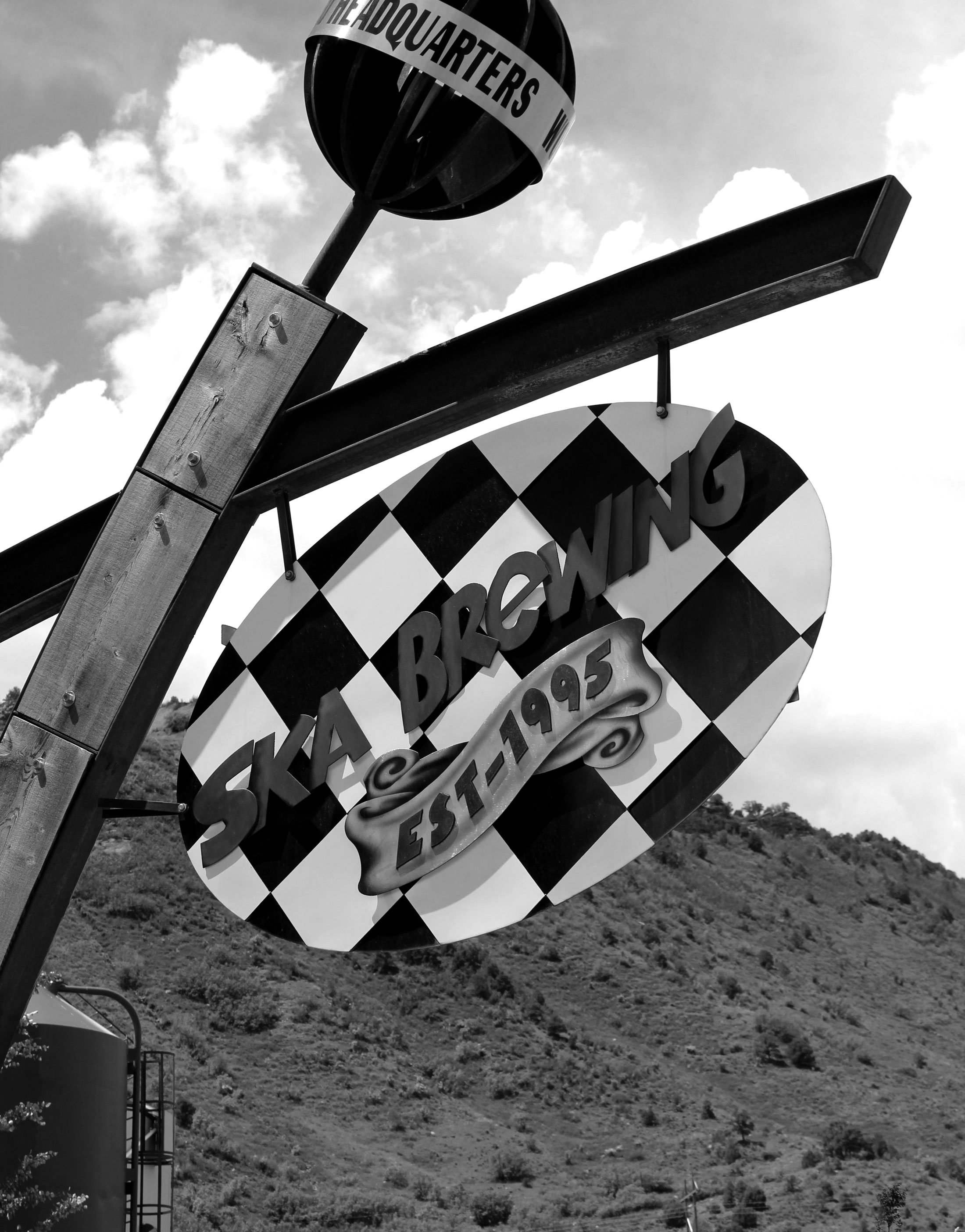 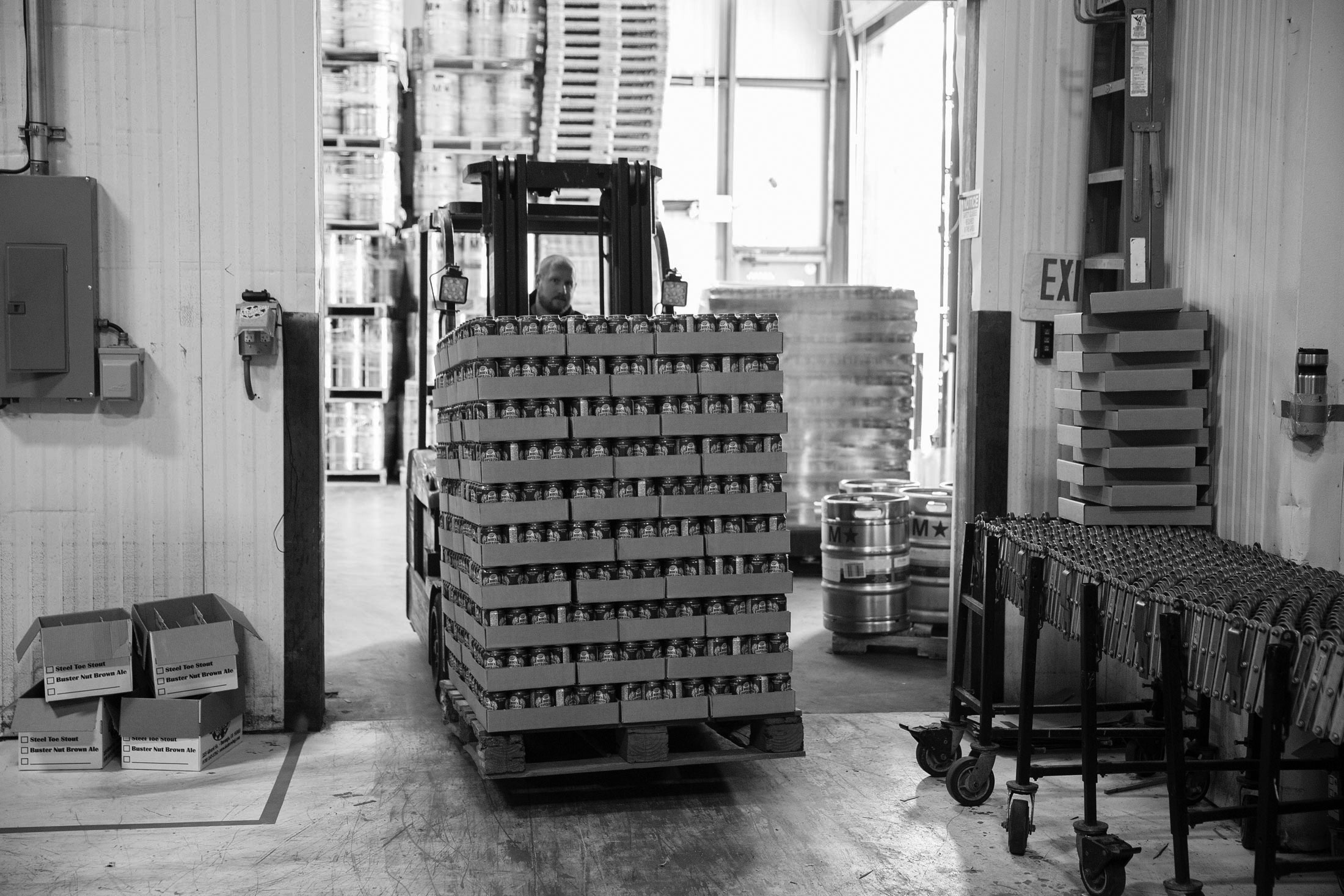 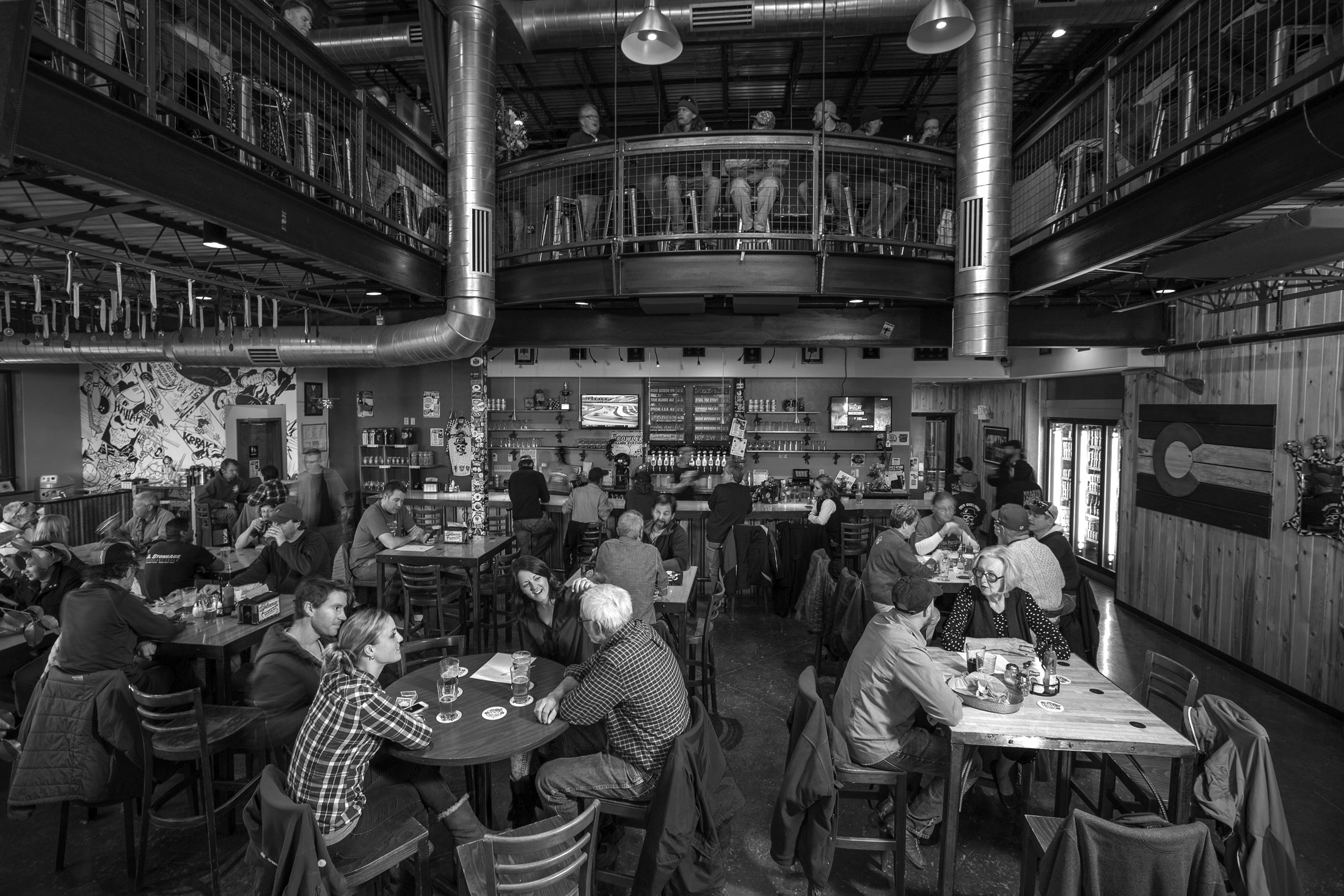 A big thanks to Dave Thibodeau for taking the time to let us pick his brain about Ska’s roots and fighting for the indie brewers, bad decisions, work-life-balance and…music. 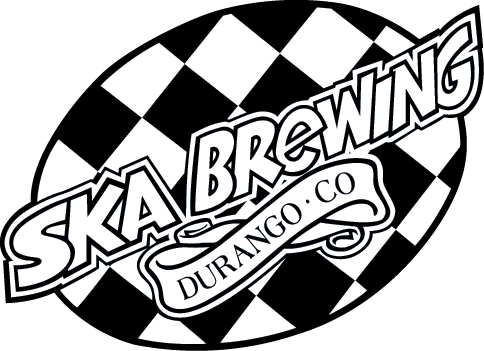