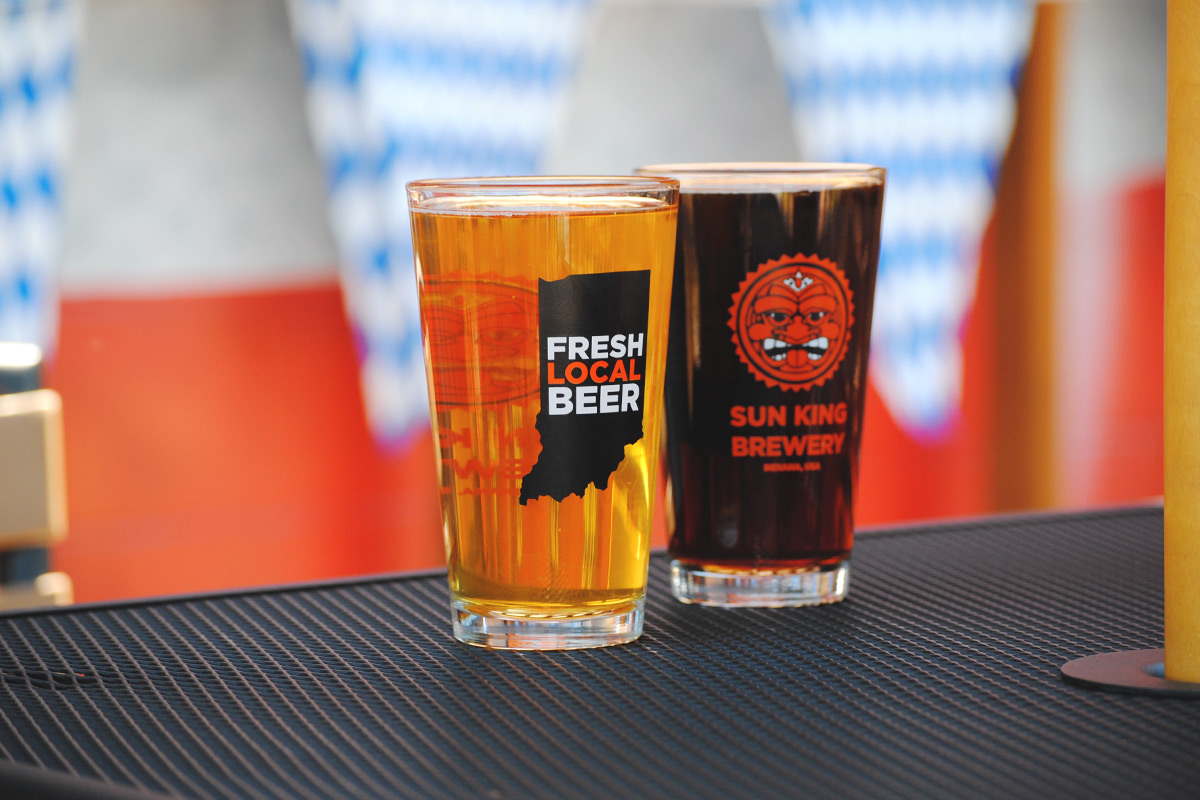 Chicago drinkers now have yet another option to quench their seemingly endless thirst for craft beer. Hailing from Indianapolis, Indiana, Sun King Brewery brings their much heralded portfolio of canned beers to Windy City refrigerators. Pioneers in craft beer, both in their local market as the first production beer to open since the 1940’s, and on the national scale as one of the first breweries to embrace the now ubiquitous can format, there’s good reason to take notice of this newcomer. But what can Chicagoans expect as they peruse the day one offerings from the Hoosier brewery? We tasted through all their beers available in Chicago and offer our thoughts on both their core lineup and their barrel-aged The King’s Reserve series.

For more on Sun King’s past, present, and future, as told by co-founder Clay Robinson, check out our feature interview from our recent trip to Indianapolis.

Sun King hits the Chicago market with a two pronged attack of core and barrel-aged offerings. All the beers, no matter the format, are available in cans only — something the brewery has adhered strictly to since day one. As any good brewer’s base lineup should do, the core beers are sure to satisfy a wide range of drinkers. The King’s Reserve barrel-aged series, however, are where things start to get really weird and the brewers get to have some fun. This is a set of (canned!) barrel-aged brews that are constantly evolving and we expect to see a lot of variants hit the Chicago market over the coming months. See our thoughts on each of the beers available today below. 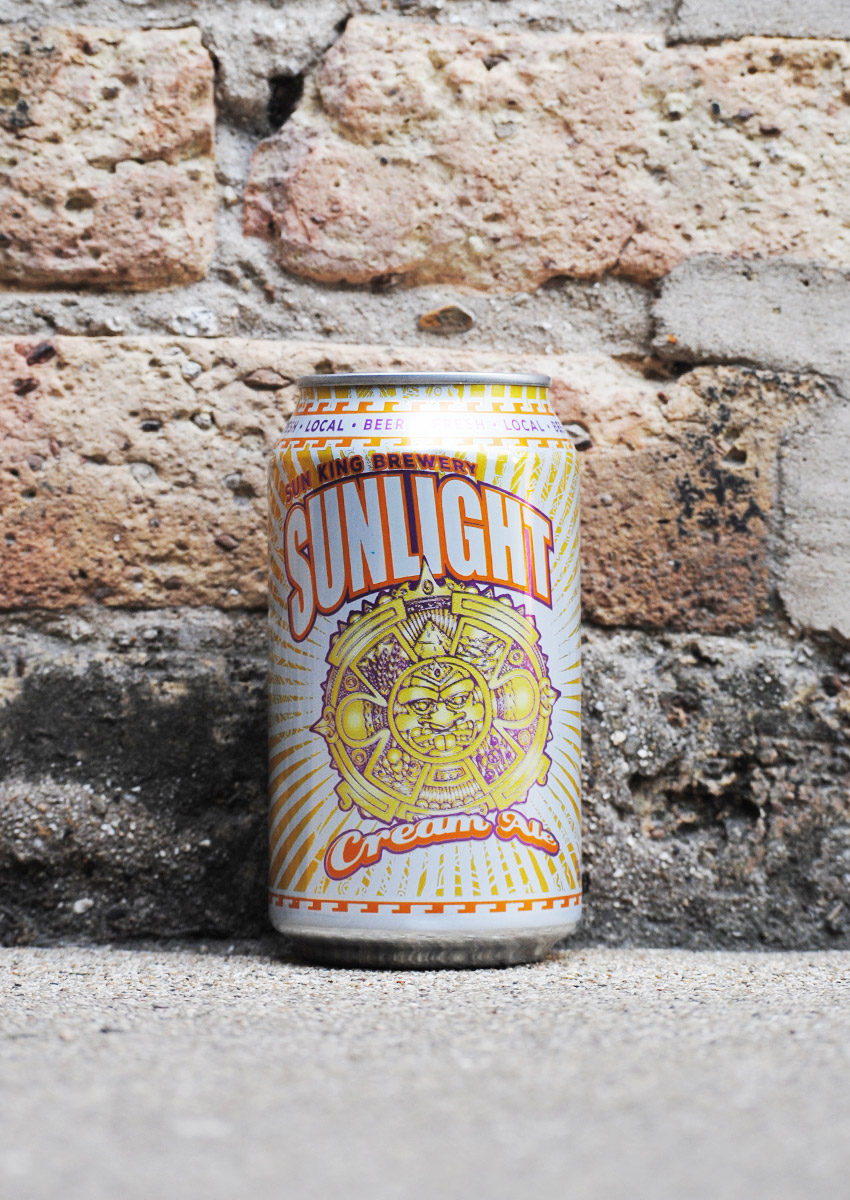 Sunlight is the beer you can enjoy with your Dad, and keep it going all day. One for the summer when you plan on being in it for the long haul but want something with just enough body to keep it interesting. 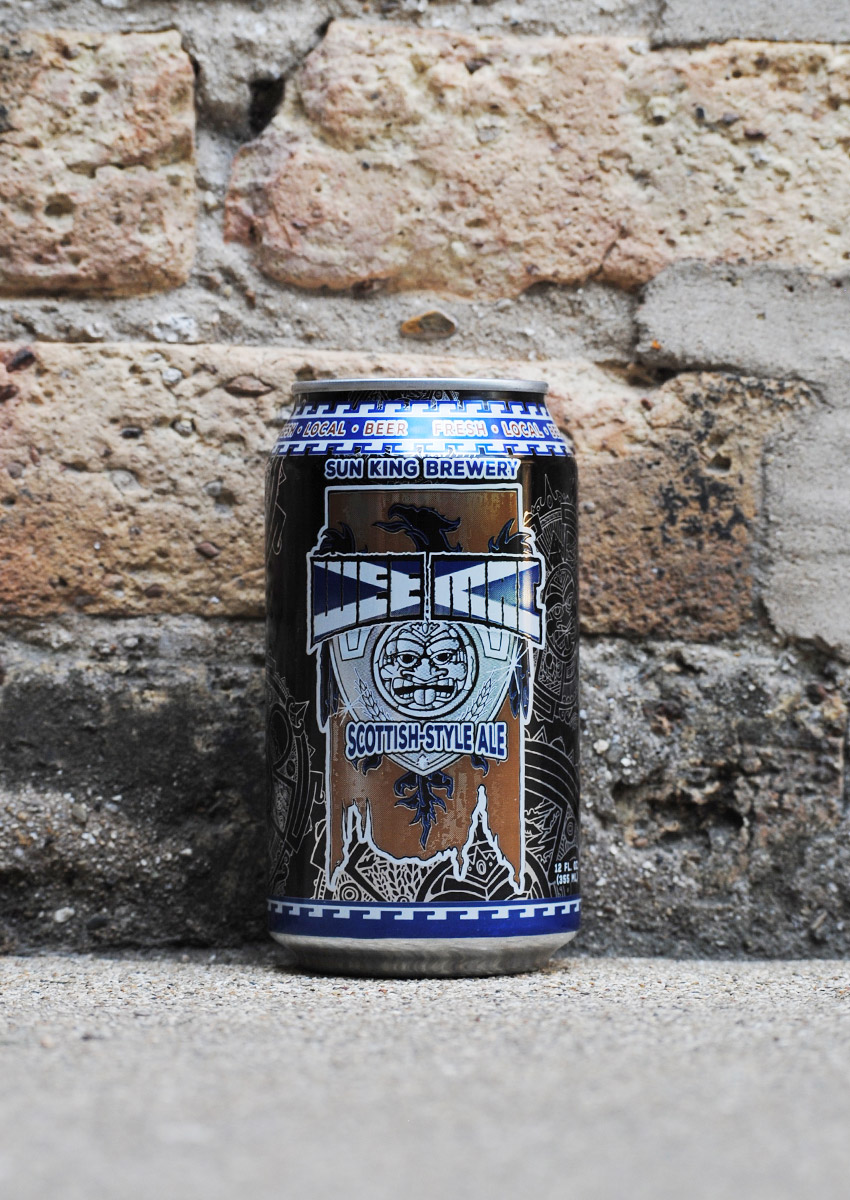 A true-to-style Scotch ale that is sure to please many a drinker. There’s just enough hoppiness to balance out the sweet caramel undertones. Likely best for cooler weather but still light enough that we’d have no problem drinking this on a hot summer day. 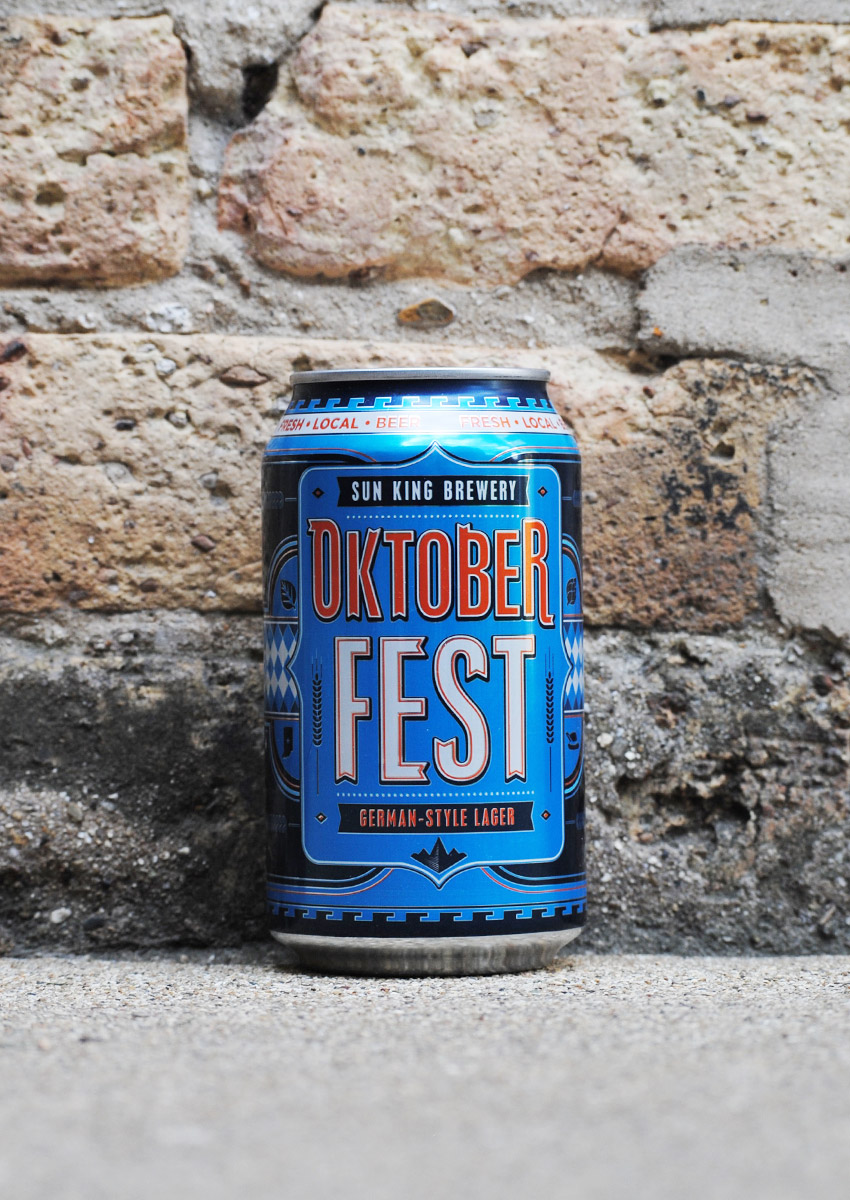 Crafted with choice German malts and Noble hops, Oktoberfest has a clean malty start with a slightly earthy hop character and a crisp, dry finish.

The current rotating seasonal is one of the better examples of a tried and true style. This one leans toward the sweet side for an Oktoberfest but fans of the style shouldn’t be disappointed. 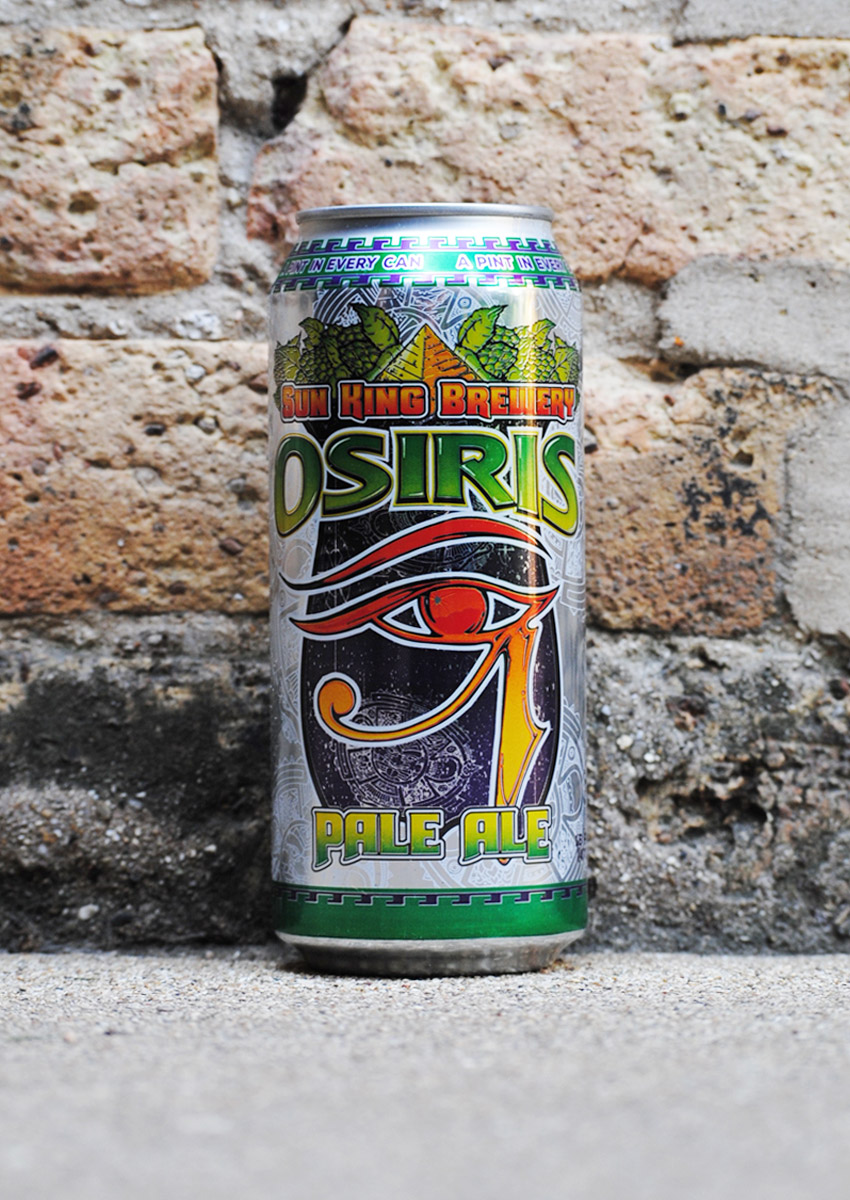 While only 50 IBU’s, there’s a lot more hop presence here than we might have expected from a Midwestern flagship. Drink this one fresh to really experience the bright hop aroma and flavor that sticks around through each sip. 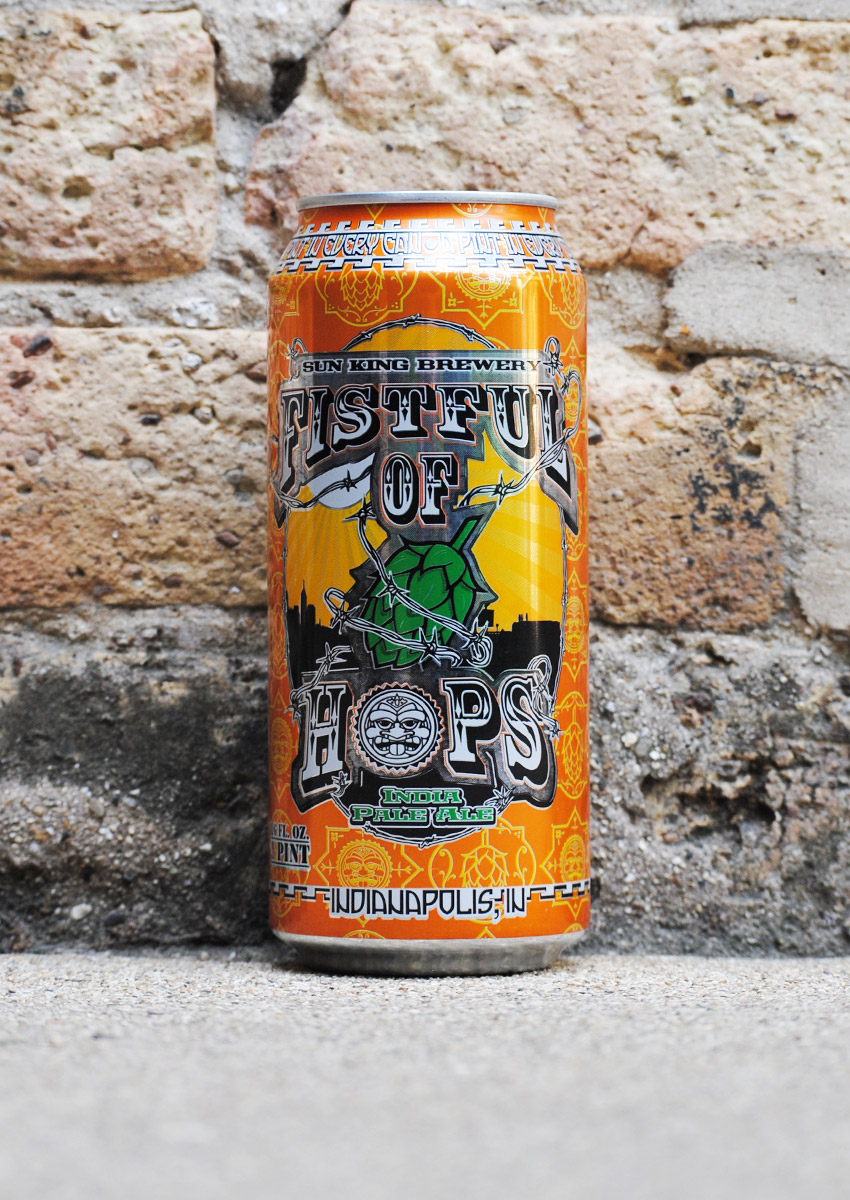 Fistful of Hops is our quarterly series of four IPAs, each with the same malt base, and then balanced against a seasonal “fistful of hops” variety.

The current version of Fistful of Hops features Citra, Mandarina, and Cascade. There’s a lot going on here and we were expecting a little more from such renowned varietals. Some may enjoy the complexity but we would have preferred a little less going to allow those already assertive hops to really shine through. 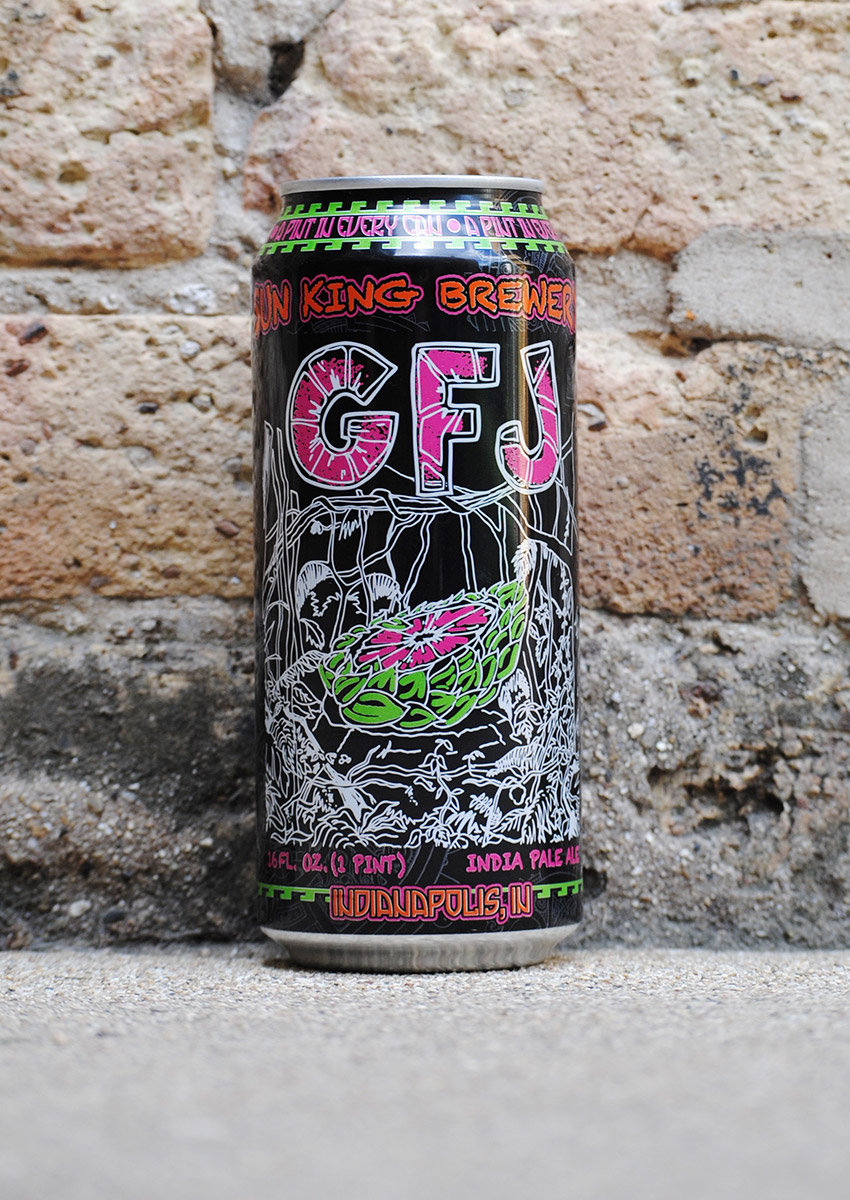 In tribute to 1955’s Blackboard Jungle, which brought Rock & Roll to the masses, the brewers at SK bring their passion for brewing to a glass near you.

Speaking of a lot going on, that’s certainly the case with GFJ but to a completely different end. It somehow manages to hit you with a big hop punch, but not wipe your palette so thoroughly you don’t want another. Tropical and slightly hazy, with just a hint of sweetness at the end. Drink ultra fresh. 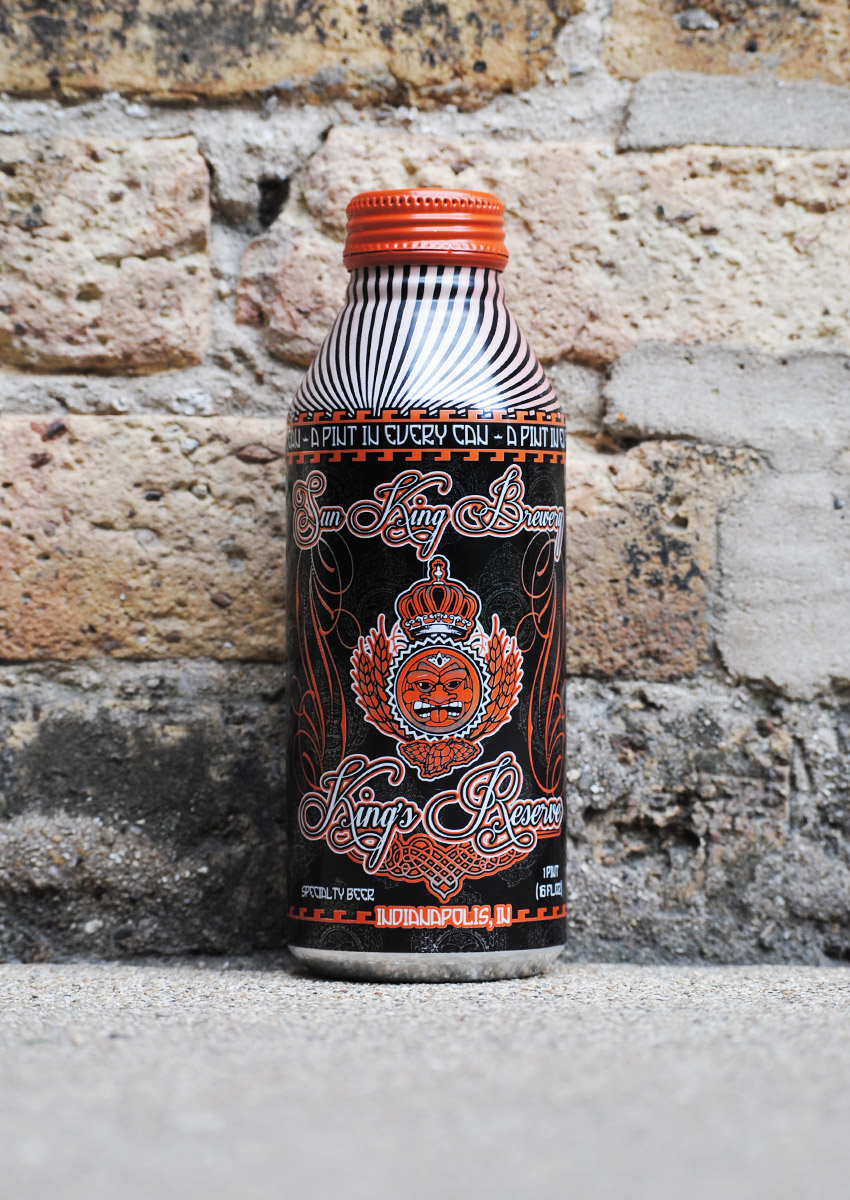 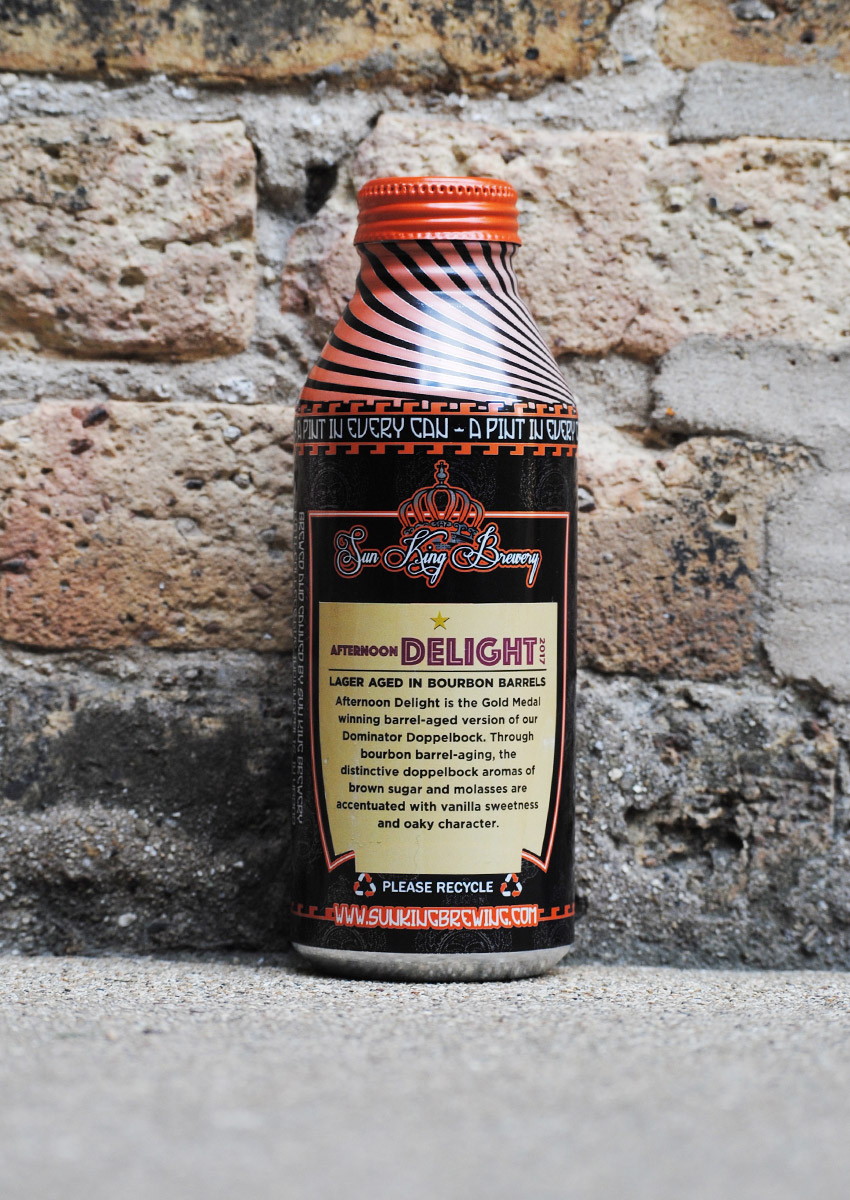 Afternoon Delight is the Gold Medal winning barrel-aged version of SK’s Dominator Dopplebock. Aromas of brown sugar and molasses are accentuated with sweet flavors of vanilla and oak from bourbon barrels.

Vanilla ice cream in a bottle. Let it warm up a little to get the full aroma. If you’re a fan of vanilla and a significant oakey sweetness, this is the one for you. 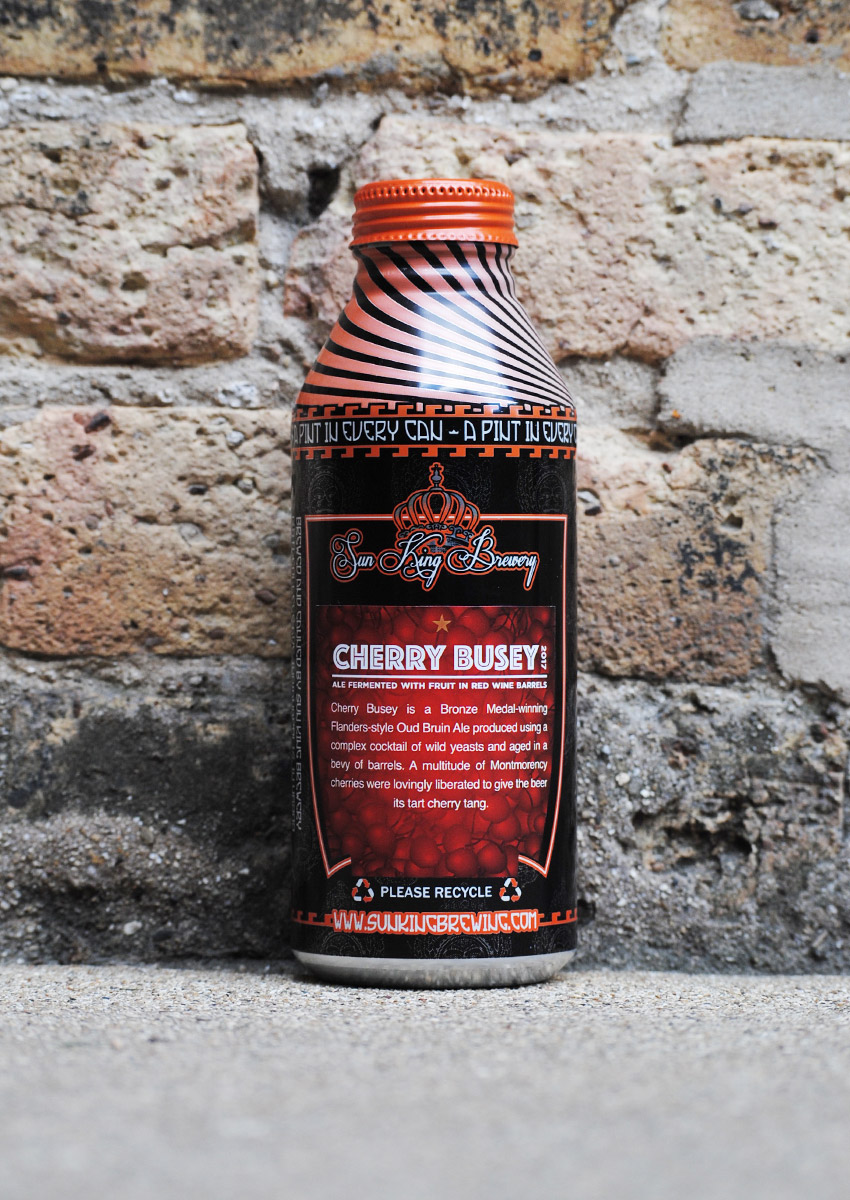 Cherry Busey is a Flanders-style Oud Bruin Ale produced using a complex cocktail of wild yeasts and aged in a bevy of barrels. A multitude of Montmorency cherries were lovingly liberated to give the beer its tart cherry tang.

We would have guessed Flander Red as the base but that’s because of the huge cherry additions that counter the expected malt backbone. Barrel is subtle, the cherries aren’t. Winner of our best name award. 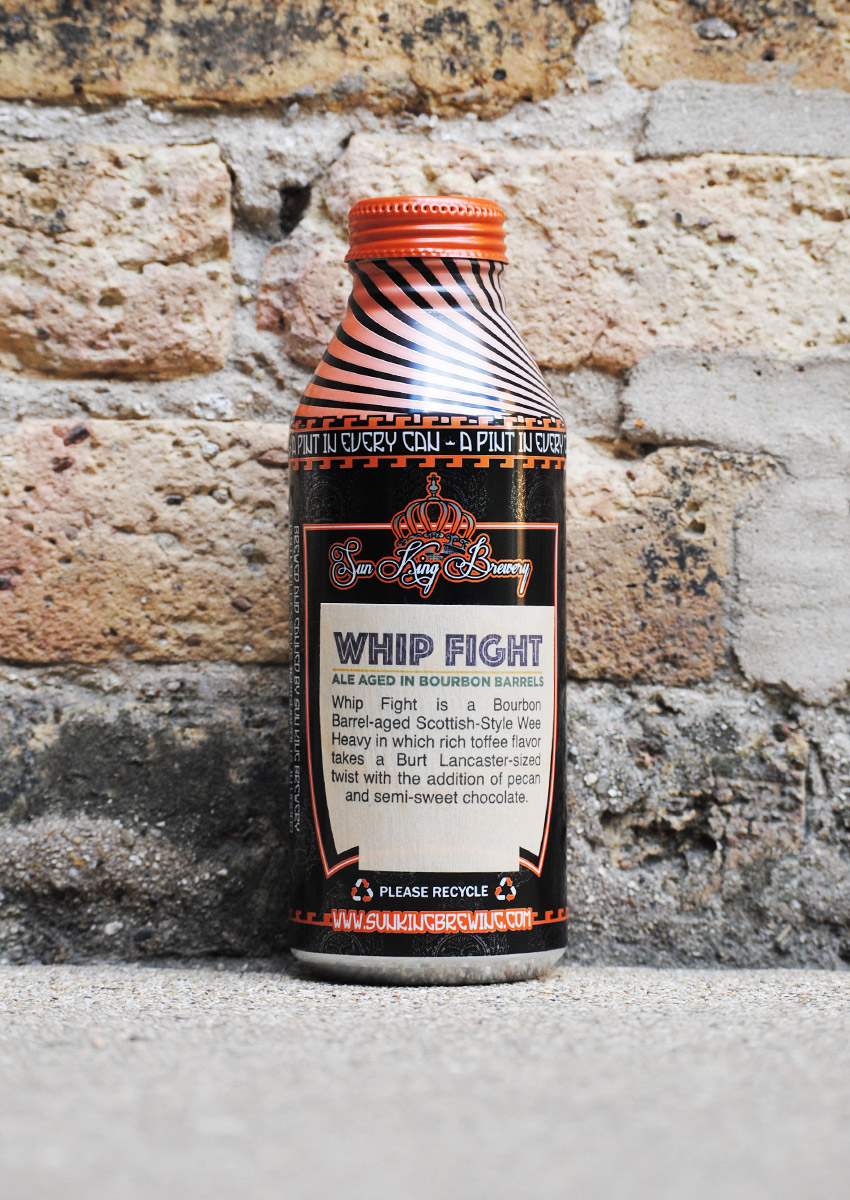 Whip Fight is a BBA Wee Heavy in which rich toffee flavor takes a Burt Lancaster-sized twist with the addition of pecan and semi-sweet chocolate.

Huge vanilla, caramelized pecans, and subtle chocolate are the highlights in this extremely complex desert beer. Let it warm up more than usual to really pick up all the nuances. 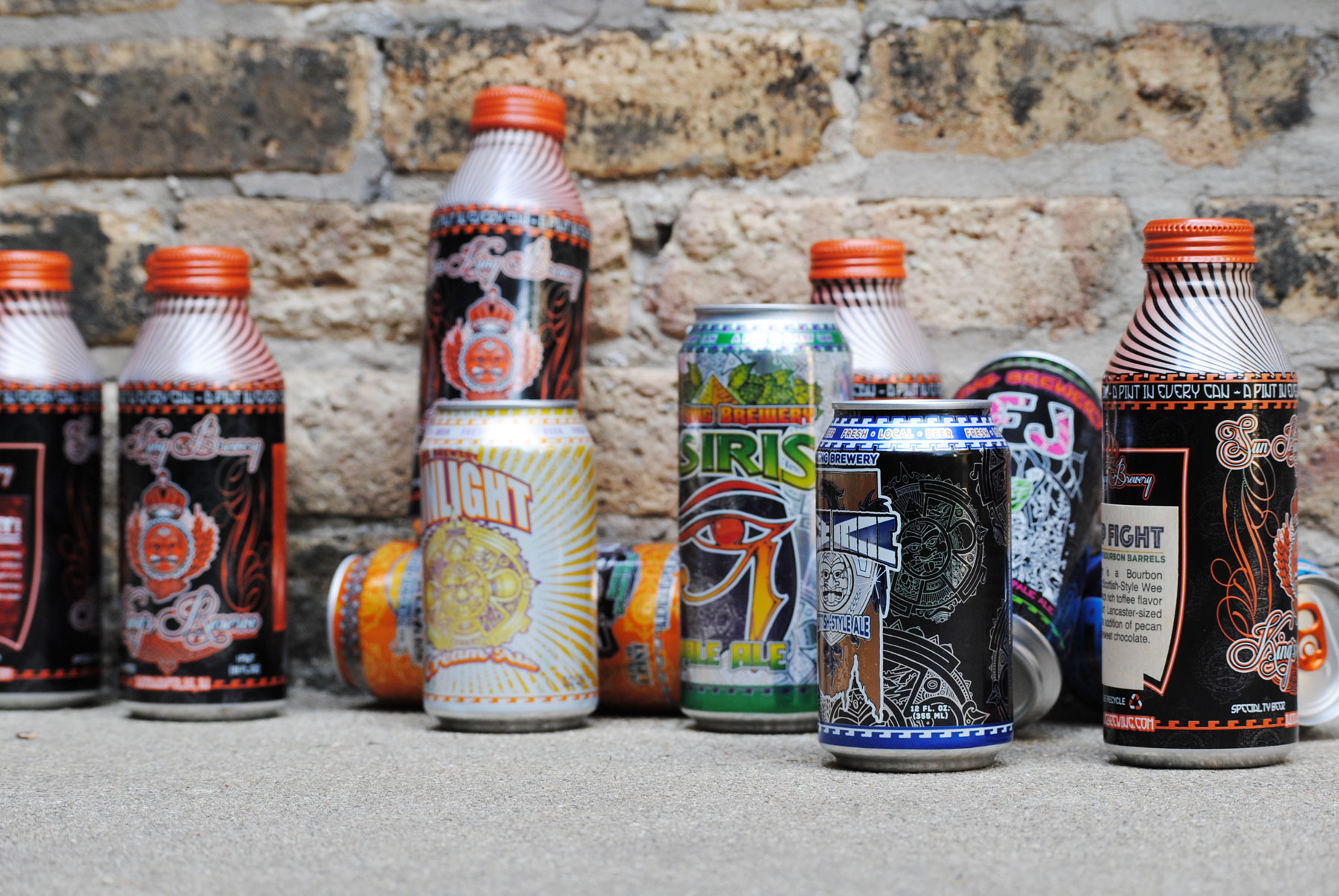 PUBLISHED IN PARTNERSHIP WITH LAKESHORE BEVERAGE