A Q&A with The Publican’s Adam Vavrick

Chicago’s Tastemaker: A Q&A with The Publican’s Adam Vavrick

INTERVIEWED NOVEMBER 13, 2018 AT THE PUBLICAN, CHICAGO

We last paid a formal visit to The Publican back in 2015, when we sat down with Sommelier and then-Beverage Director, Rebekah Graham. She has since gone off to start her own restaurant venture, Twain, in Chicago’s Logan Square. Filling her role is an industry name familiar to many who run in the Midwest beer circles–by way of Binny’s, Octopi Brewing, or now, of course, via One Off Hospitality’s crown jewel.

His name? Adam Vavrick. He first garnered attention as a quick-learning buyer at Binny’s Beverage Depot in Lincoln Park, and then made a much publicized exit to Wisconsin in 2015 to join Octopi Brewing. The draw of the Windy City was too strong however, as he’s since returned to head up one of the city’s most respected beer programs, at The Publican, and it’s three other outposts. Named as a ‘Top 40 Under 40 Tastemaker’ by Wine Enthusiast, he has a perspective on the exploding beer industry unlike most people you’ve maybe met.

We caught up with Vavrick, in conjunction with the restaurant’s 10 year anniversary–an impressive feat for the neighborhood, and city–to find out how he’s adjusted to different industry roles, his lasting legacy, and just what a man who’s ‘drank it all’ is drinking. 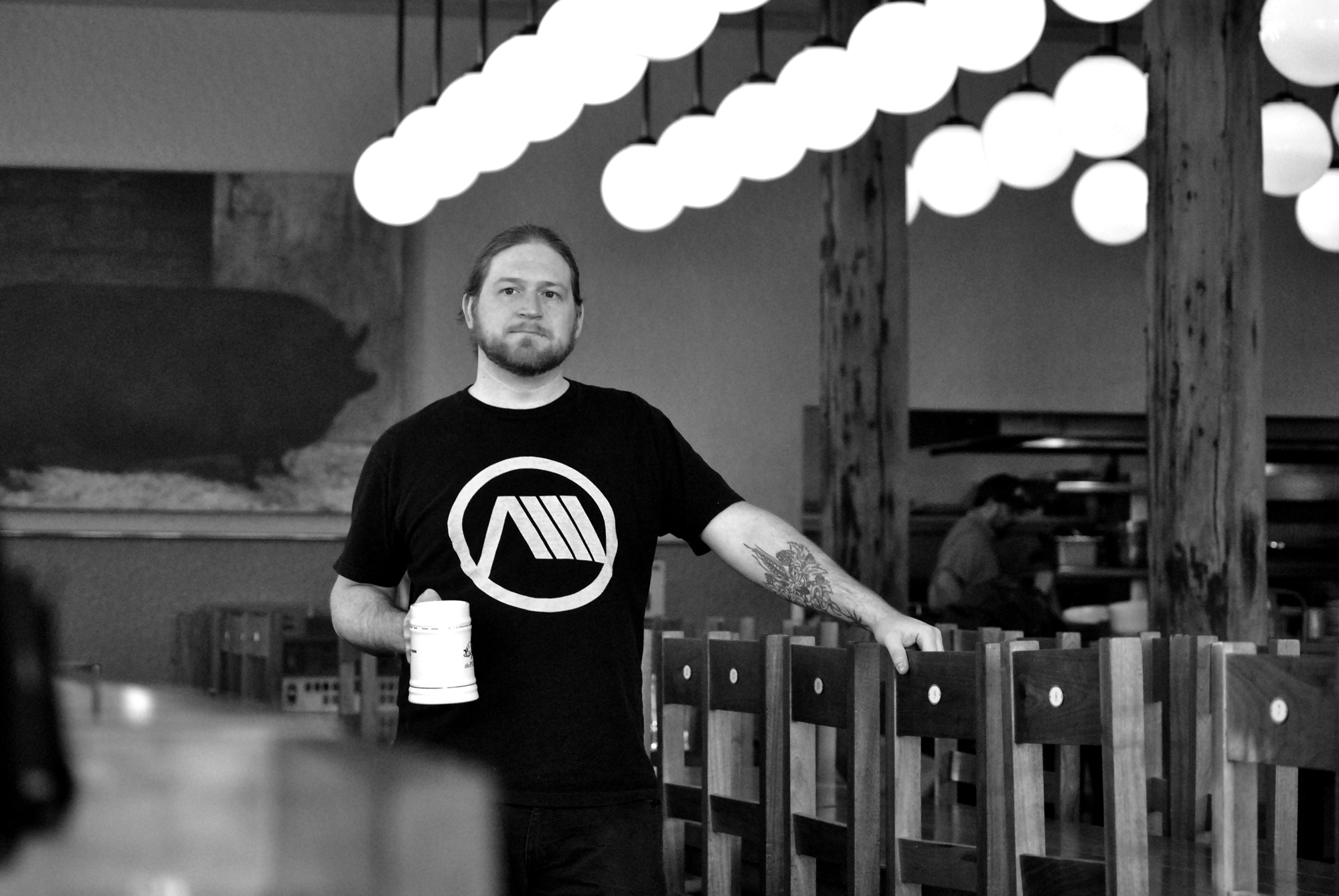 Publican celebrated 10 years in 2018. What are the 10 beers you would tap as a dream draft list?

Well, we did a lot of fun stuff to commemorate the anniversary here, including 10 special tappings, actually. We had the first ever keg of Hill Farmstead Arthur in Chicago. We had a keg of Cantillon Saint Lamvinus Grand Cru–that was a blend of 3-year old lambic with merlot grapes and 1-year old lambic. I had a couple different collaborations, which included Bread Zeppelin–the one I made with Freigeist, that’s a sour, smokey ale with 200kg of black bread aded in the mash. Off Color and I took their beer, Cygnet, a wild ale foeder-aged with Koji rice, and then finished it in our Publican Barr Hill Gin barrel. Brasserie de la Senne sent us a super fresh keg of Taras Boulba, their hoppy Belgian pale. What else did I have…? Oh, we had magnums of 3 Fonteinen Cuvée Armand & Gaston blended Lambic. We had a cask of Metropolitan Heliostat that we dry-hopped with Nugget hops from my backyard… One I would’ve loved to have on too, actually? Bear Republic Racer 5 IPA. I miss that beer. And a fun one–our official tenth anniversary beer was Smoke on the Lauter, a Rauchbier which I did with Goose Island. The last one was a well-known Trappist brewery that sent us a keg of beer that hasn’t been on draft in the U.S. in over 30 years. They specifically requested we don’t mention their name, though, hah.

How does one even go about acquiring a keg like that, logistically?

The story of how it physically got here was insane. The shipping company made a big fuck-up actually and flat out forgot to pick up this keg. And when it did make it to the U.S., it was stuck in New Jersey after several other missed pick-ups to get it here in time for our anniversary dinner event. So, the importer’s rep drove to New Jersey from New York and picked the keg up himself. He then drove to Pittsburgh to meet the Cleveland rep who then turned back and drove all the way to Indiana where the Illinois rep grabbed it, before driving it back to Chicago in time for our dinner. It was the best customer service I’ve ever experienced. Total Pony Express keg relay!

How do you think Publican has impacted the now bustling West Loop, and how has the acclaimed space managed to stand the test of time especially in such a volatile market?

Publican was instrumental in creating the West Loop as we know it. It was very much an, “If you build it, they will come” scenario with this neighborhood. I think we remain relevant because we’re very comfortable with mixing it up and trying new things. We’re still oysters, pork & beer, but we’re also cognizant of the healthier choices being made out there. One of the benefits to sourcing all our vegetables and fruits locally is we’re already doing the things that people are interested in, and when they see it they go, “Oh shit, they do veggies well, too?”

What’s the most challenging part of managing a portfolio of restaurants’ beverage programs?

You know, it’s actually quite draining mentally to be constantly tinkering, poking, prodding, changing the balance of the list, ordering this, discontinuing that, etcetera. And then to completely shift gears when you get to the next restaurant. It takes a lot of focus. 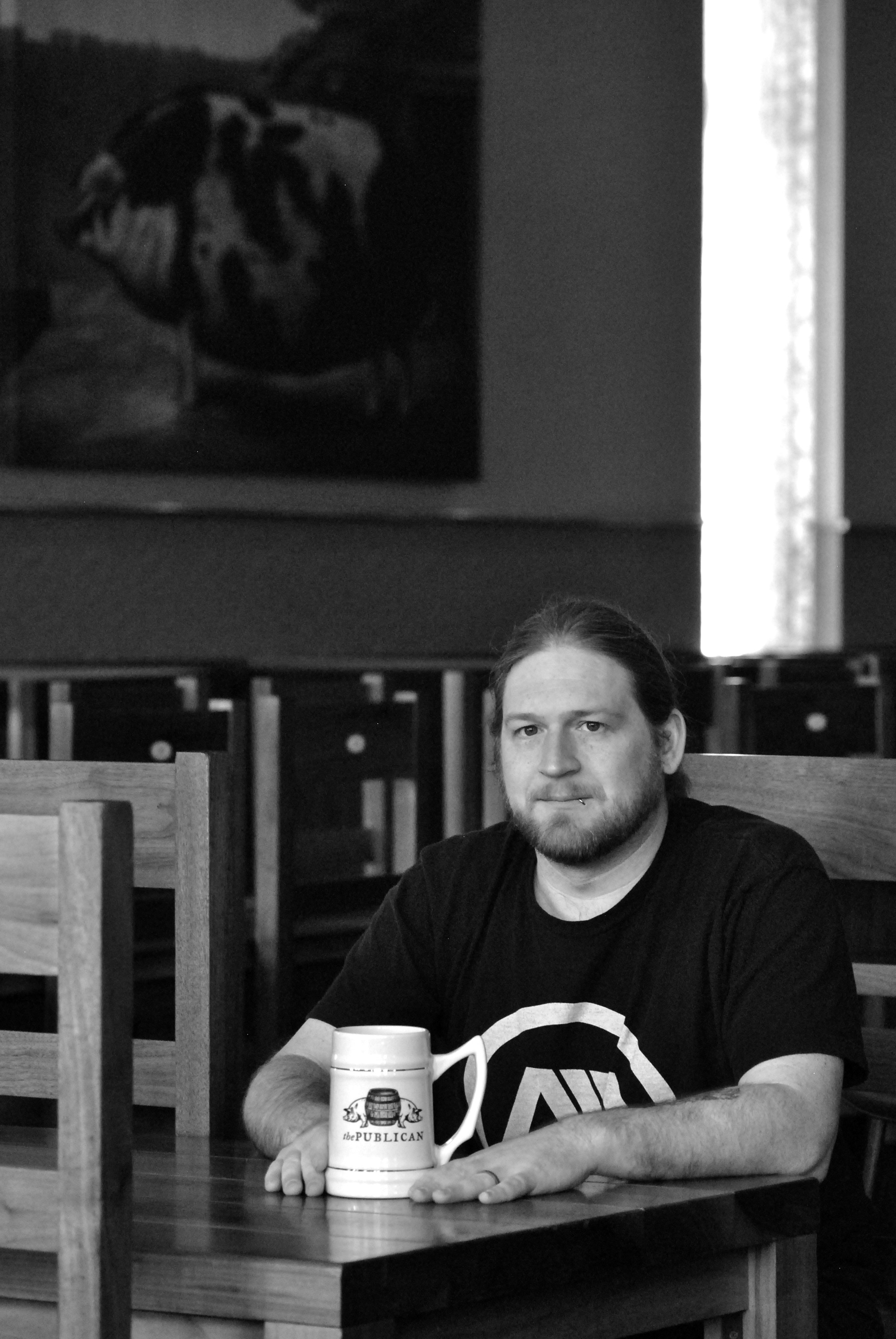 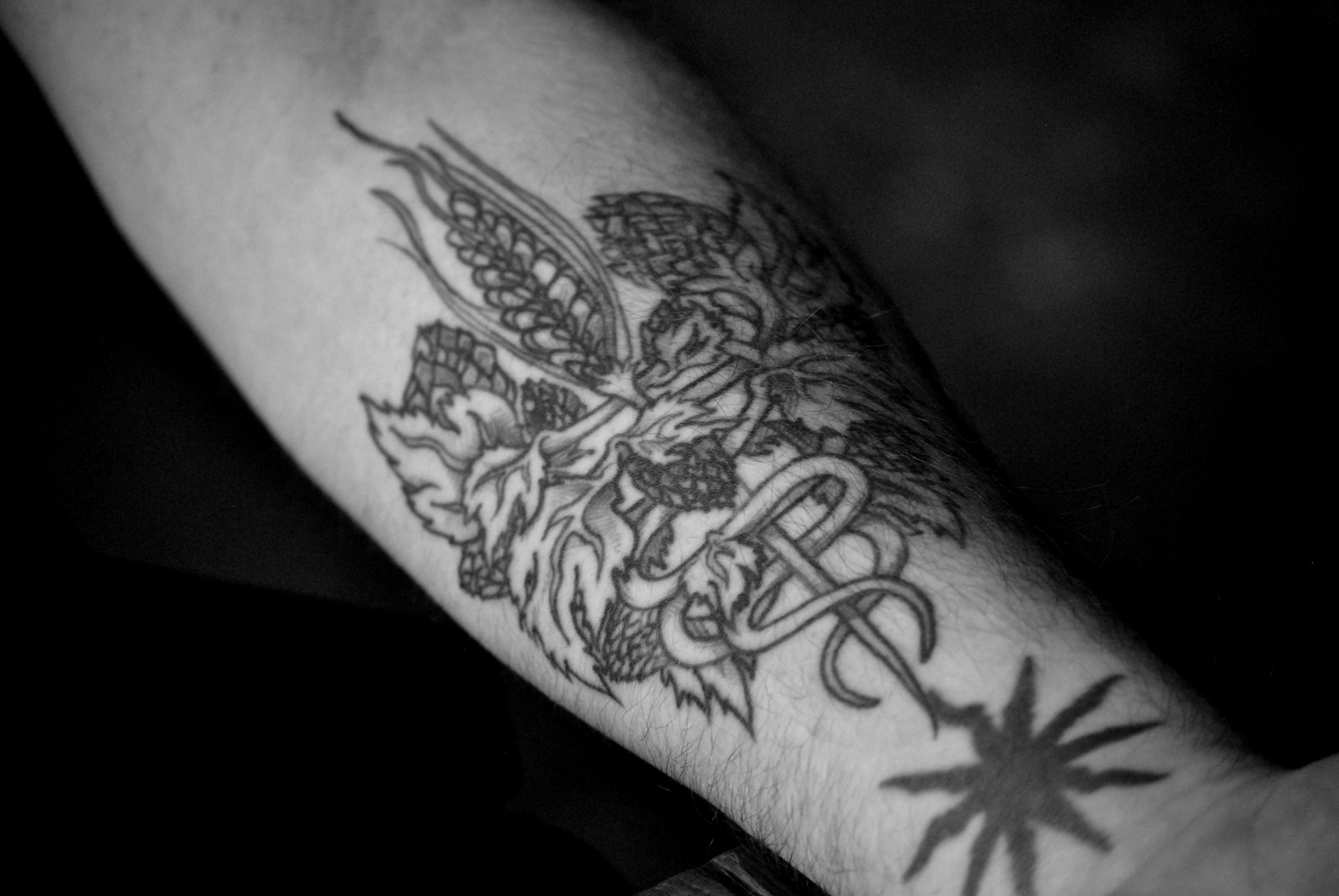 How has Binny’s changed since you started and left? What impression do you think you left at the store?

Hah. That’s a tough one to answer diplomatically. In a lot of ways, I view this as a break up after a long relationship… I chose to leave over irreconcilable differences. And like a relationship,  I can constantly look back on all the things that caused me to leave, and all the things they do now and think about how I’d be doing things very differently with equal parts relief and frustration for what could have been. But ultimately, it’s better for my own sanity to remember the good times and wish them well—which I do. And I guess you’d have to ask everyone else how that store is without me, for much the same reasons.

In 2015, you exited Illinois in publicized fashion, auctioning off rare-bottles-for-donations in an initiative to benefit Hope For The Day

, a suicide-prevention nonprofit. How important was that initiative for you, and what was your biggest takeaway?

That was crazy. I didn’t expect anything like the media showing up at my apartment. It was very weird to have all these people in my home. Some got it and were overjoyed to help such a good cause. And some didn’t ‘get it’, and just wanted to drink whatever rare beer I had in my beer cellar or whatever. But that initiative is very important to me still, and I–and One Off Hospitality–are still very active in suicide prevention awareness and raising money for charities and similar organizations.

Describe your experience at Octopi Brewing

I was Director of Sales & Marketing. I did everything from scaling up recipes for contract clients to cleaning bathrooms, reviewing contracts with wholesalers and clients, and sourcing hops. I learned a whole lot in a very short amount of time. But ultimately it didn’t work out, mostly because I missed Chicago too much. And also Octopi and I didn’t see eye-to-eye on numerous things. I still believe in their concept, and they’re killing it up there in Madison. They just announced an enormous expansion…

What are you thoughts on how breweries are using contracting to expand their business?

Like I said, I still believe in the contract model. It allows smaller breweries to be a little more flexible in their expansion and grow their markets without having to dump millions into a facility. 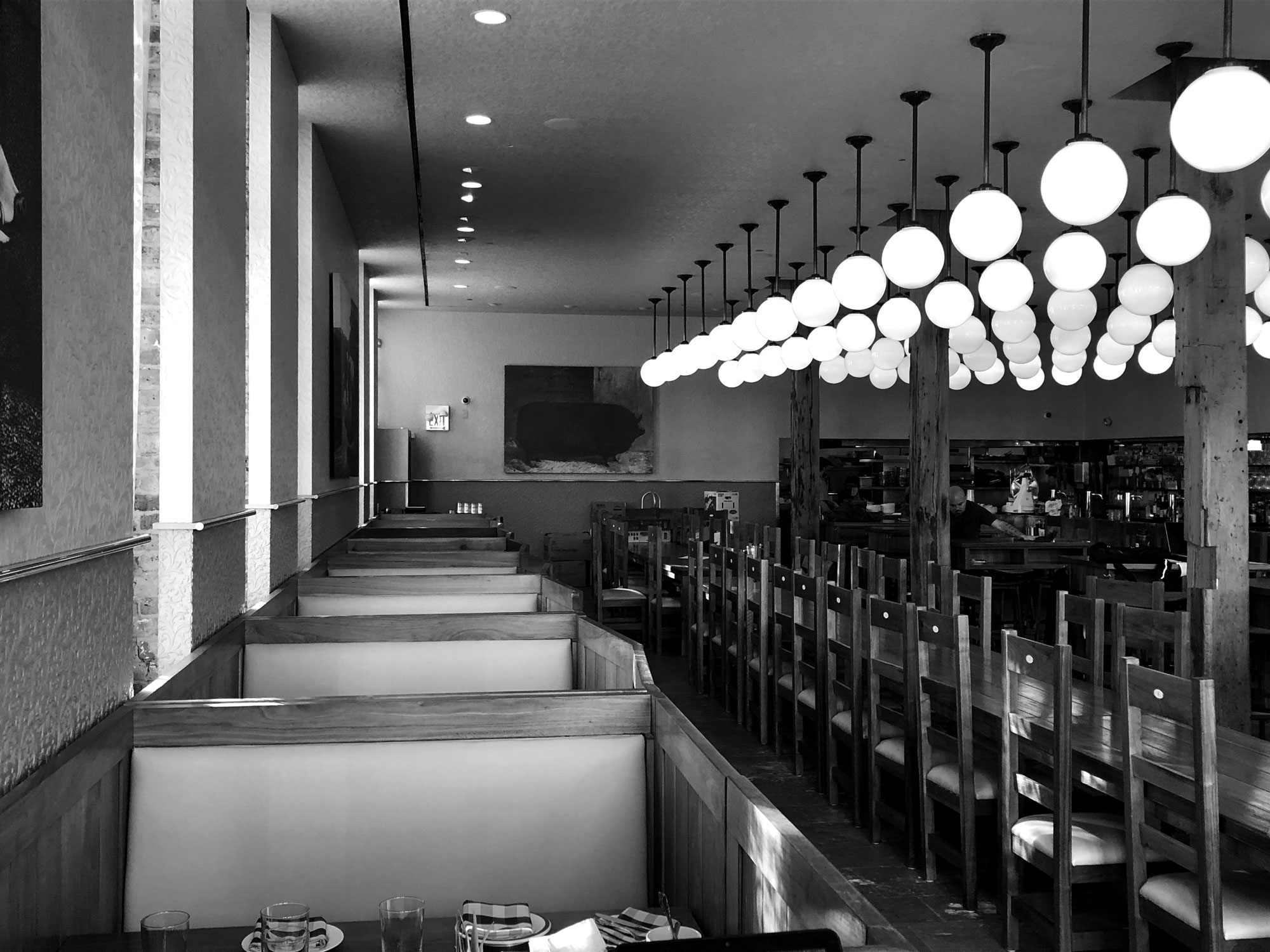 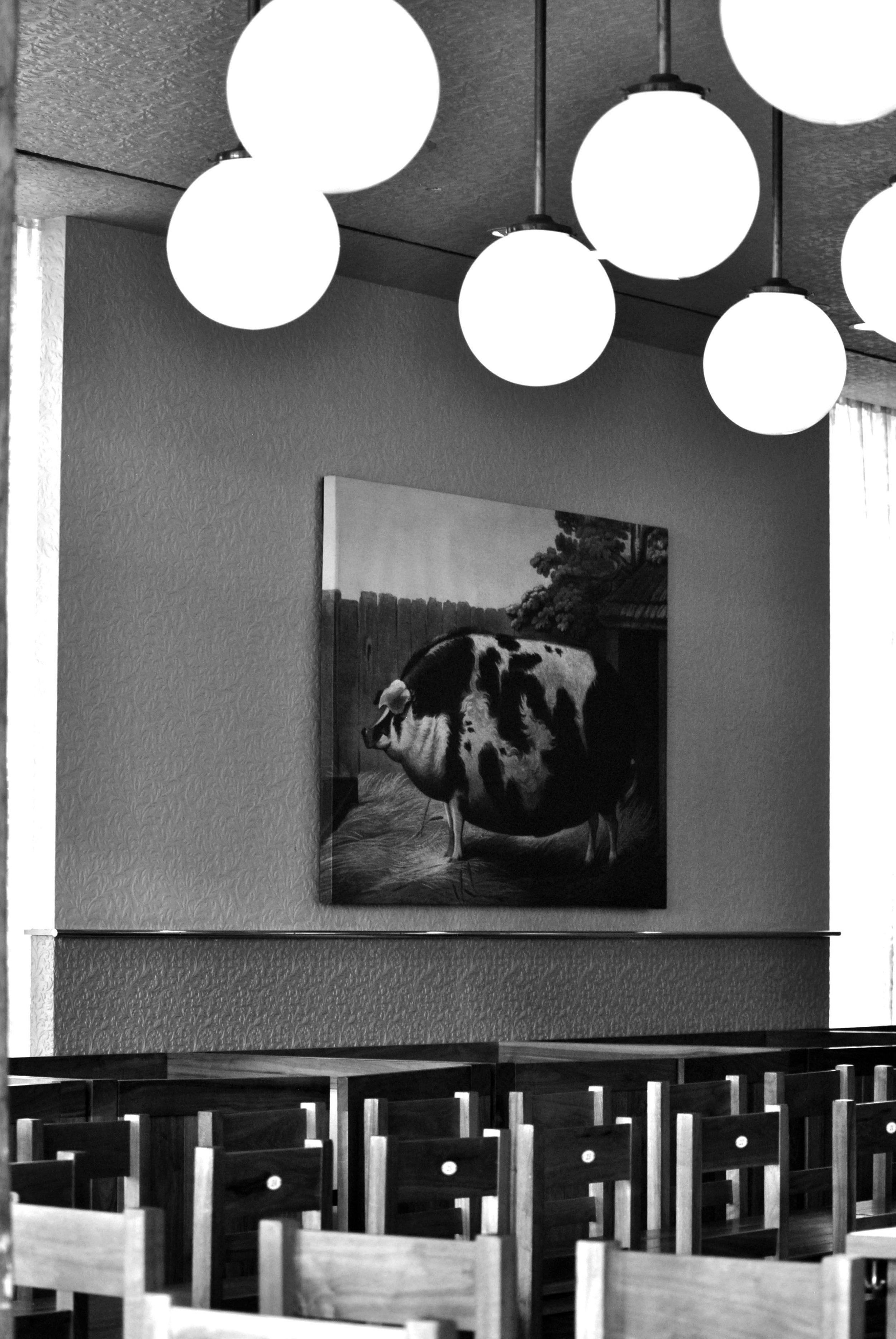 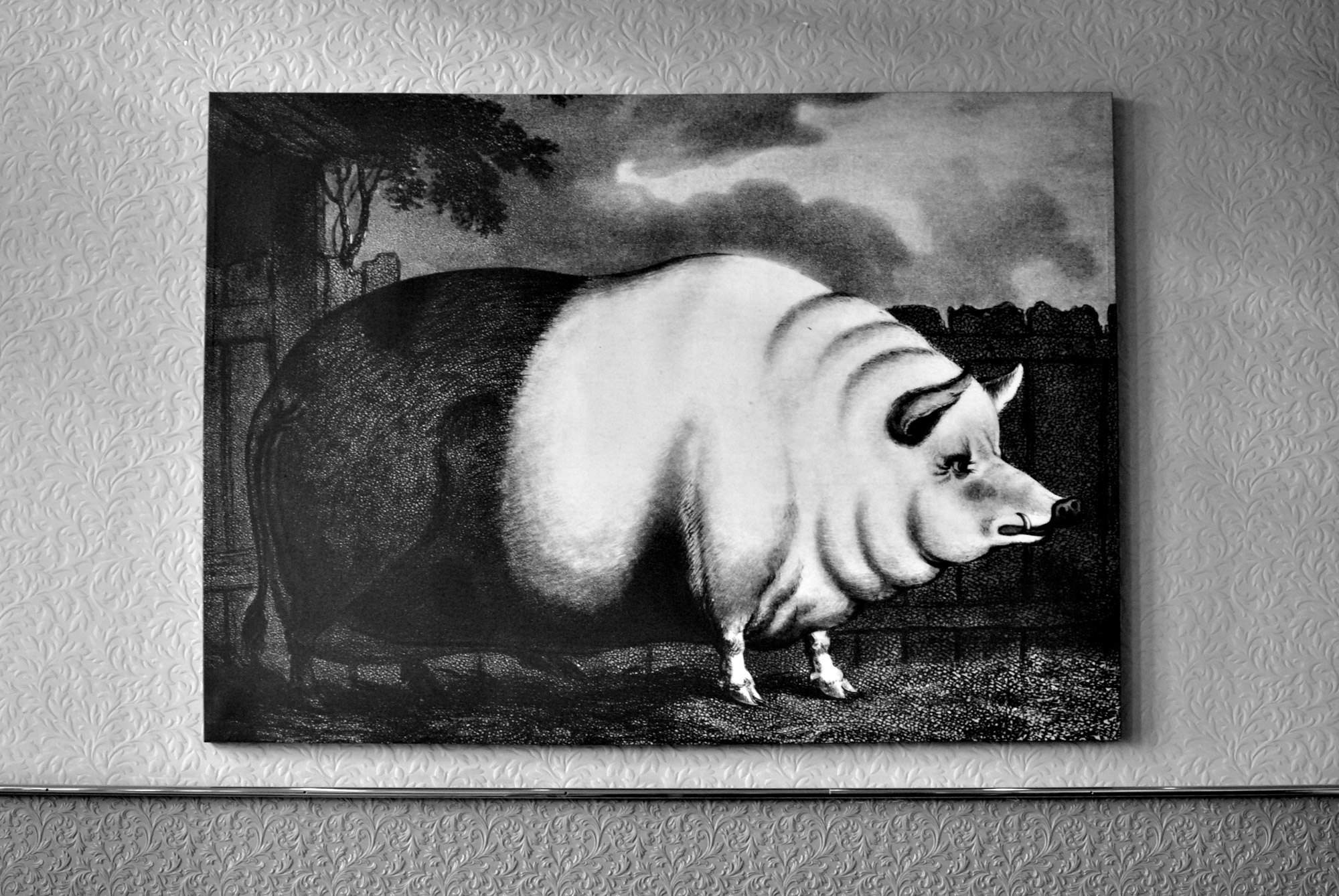 What new challenges has working in a restaurant presented versus working in the sales and marketing side of the industry?

Major learning curve here honestly. I’ve never worked in restaurants so it was something of a culture shock. I’ve learned a shitload—how to seat a floor, shuck oysters, format menus, etcetera, etcetera. It’s crazy, and like half this shit, isn’t even ‘my job’! But the culture breeds collaboration and teamwork, and I never want to see anyone struggle. I learned a lot of this stuff because I didn’t like not knowing how to do it. I felt ineffective. So I’ll have 20 minutes free and, I dunno, go to the kitchen and be like, “Show me how to properly pick Thyme,” or something minor like that. It’s certainly changed how I cook at home! It’s also the first time I’ve not really been tied down by a punch clock, so the discipline of making sure I’m pulling my weight and there for the team while making my own hours has been an interesting experience.

We read your number one credo is “Don’t be a dick.” Do you feel that’s becoming a problem in the beer industry, or hasn’t it changed much over the years?

Sam Calagione at Dogfish Head famously said the beer industry is 99% asshole-free. He’s wrong, it’s more like 90%. But on the whole, it’s pretty great and most of us are around for the right reasons. You’ll see it keep getting weirder as the business gets harder and the pieces of the pie get smaller.

We know you are a big fan of the classic European styles and breweries–so much so that you have an Orval tattoo… What is your elevator pitch for these stalwarts, to the new-to-craft beer, trendy IPA drinker? 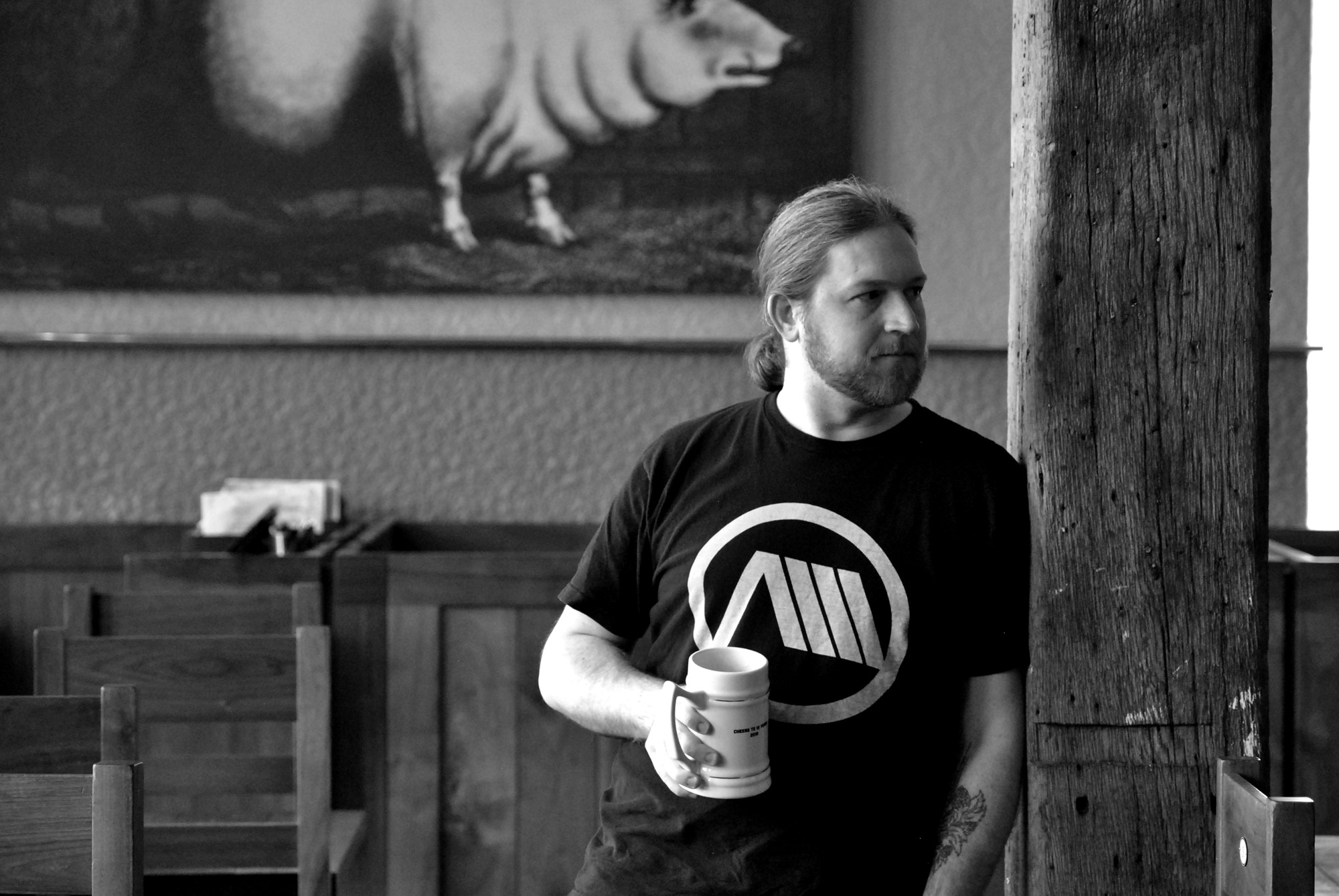 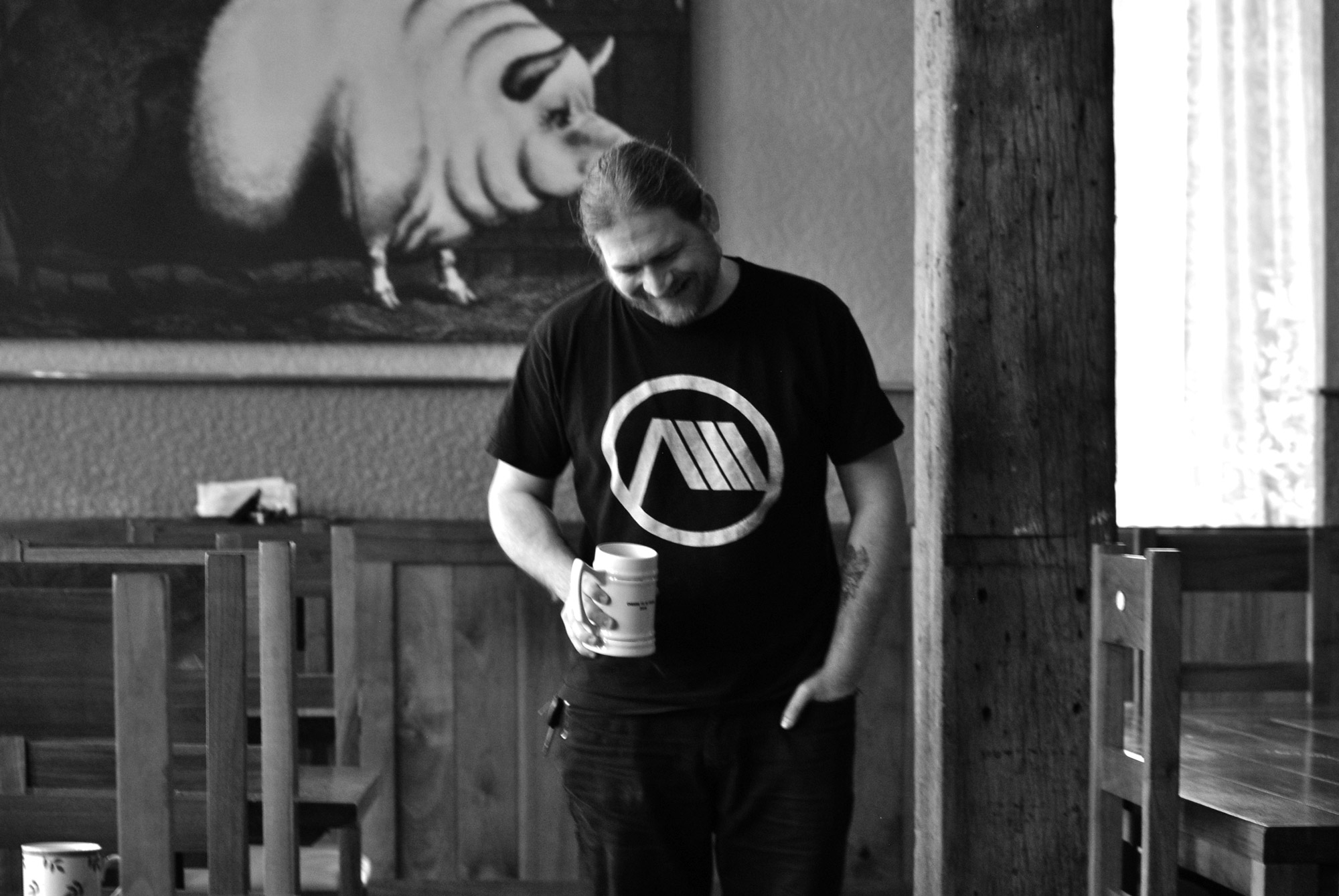 Is this truly the best time to be a beer drinker?

Yes, but not to be in the business of making it or selling it. It’ll all work itself out though.

Man I dunno. I’m an open book! I’ve made no secret of anything I’ve done or said.

In your opinion, what city do you feel is pushing the boundaries of what a gastropub can be, most?

I don’t think I’m qualified to answer that. I don’t really know… When I travel I’m doing beer stuff. I don’t really do the food scene thing. I mean I eat and go to nice places sometimes. I take recommendations from friends and industry colleagues as to where to go but… Maybe that’s your answer to the thing that would surprise people. I don’t really know food scene/restaurant scene stuff. I had to ‘Google’ Thomas Keller when he came into Publican a few years ago, because I didn’t know why everyone was freaking out. I’m a little better now. I know some names of places and such–but I’m just as happy bouncing between a few breweries and landing at a diner after for ham and eggs, ya know?

I just did a run, so Cigar City Maduro, Revolution Pils, Wells Bombardier, Bell’s Double Cream Stout, Westmalle Extra, Drie Fonteinen Oude Geuze, Orval, and a whole bunch of Turkish craft beer my friend from Turkey brought me when we was in town getting married.

A big thanks to Adam Vavrick for letting us delve into his industry life. You can find him curating the beer menus at Publican’s several locations around town. 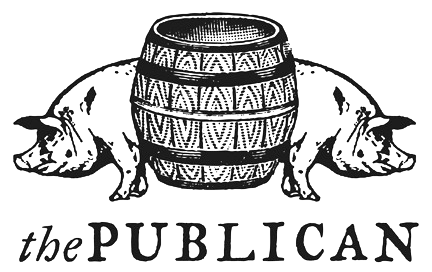