Over 1,200 women and men, 24 breweries, 7 different events, 5 nights later, and our 2nd annual Beers With(out) Beards is in the books.

As the festivities wound to a close one word came to mind: Pride.

For me, Beers With(out) Beards is a passion project that starts as early as January when I begin organizing and planning the festival. With 7 months of execution under my belt by the time that first week of August finally rolls around, everything seems to fly by in a whirlwind. While I grabbed a bit of shuteye this past Monday, on Tuesday I took a breath and opened up my computer prepared to follow up any odds and ends from the week. Inside my inbox I found a slew of emails:

“I just wanted to write and say THANK YOU for organizing such an amazing event!” said Lisa Kellendorfer from Austin Street Brewery. “That was by far one of the most fun and awesome beer festivals I’ve ever had the privilege of pouring at. It was so incredible to look around and see almost all women representing their breweries, and especially wonderful to be able to connect with them and try their tasty brews. I had so much fun and am so grateful to have been included!” “Seriously, THANK YOU SO MUCH for hosting this week of education and events celebrating women in the industry! The educational events were all so thoughtful, intentional, and fucking inspiring,” Cassi Barlow, Event Coordinator at Resident Culture wrote to me. “The festival had the BEST vibes and proved to me that women in beer will always show up and support each other, and have a damn good time doing it!”

LeAnn Darland, Co-owner of TALEA Beer noted, “We had such an amazing time! It was hands down the best beer festival we have attended in the last few years, on both sides of the table!” Wow! Can you think of a more inspiring way to start your day? Looking back on Beers With(out) Beards 2019, pride is easily the first word that comes to mind.

Pride for the amazing community of women, men, and non-binary folks that joined us. Pride for the rad women brewers and brewery owners who traveled from all across the country to pour beer. Pride for the Hop Culture team that rallied to bring this festival to fruition.

Let’s just take a quick look at what we accomplished this year.

We kicked things off at The Blind Tiger with a tap takeover that packed the house. On Thursday our Beer + Cheese Pairing Class in collaboration with Tröegs sold out. A spoonful of Queijos Tavares Ovelha Amanteigado Portuegues Sheep’s milk cheese with a dollop of raspberry jam paired perfectly with Tröegs Raspberry Tart Ale, highlighting the night’s class on how to combine two of my favorite things in life–beer and cheese. From there, we hightailed it to Threes Franklin + Kent to learn how Guinness Open Gate Head Brewer Hollie Stephenson’s creative recipe formulations have led to new Guinness beers such as a Cascara Coffee Belgian Tripel and Tart Hibiscus Ale. She is redefining what it means to be a head brewer for a major brewery in our industry! On Friday Ivan Ramen once again stuffed us with delicious food while we sipped on brews from the West Coast–Fort Point–and East Coast–Two Roads and Guinness. Dina Dobkin from Fort Point, Kristen Malski from Two Roads, Certified Advanced Cicerone Angela Steil, and Stephenson led us in an engaging conversation about breaking through stereotypes in the industry from coast-to-coast.

On Saturday, the sun came out in full force to welcome us to The Well where 24 women-led breweries shared beer, advice, and good times. Hopefully, you even had a chance to get up close and personal with a variety of hops at the Yakima Chief Hops booth or snap a few momentos from the day at the YCH photo booth. As our title sponsor, YCH elevated our presence and showed the depth of diversity in both the beer and hops industries. For our brewers, we can’t thank Brewery PAK enough for creating an amazing lounge just for them to relax and chill during the day. And, you may have even noticed some sweet YETI backpacks roaming around the fest. As our official ice sponsor, YETI provided each of our breweries with ice to keep their beer cold and an amazing Backflip Cooler to take home.

With all these collaborations in mind, it was so inspiring to see different brands from across the industry investing in our mission with BW(O)B to empower the role of all women in craft beer.

To end the week we gathered at LIC Beer Project for a Seed to Sip Malt Workshop in collaboration with Origin Malt, where we discovered the complexities of one of beer’s most under-appreciated ingredients. As a final hurrah, everyone ended up at Fifth Hammer to cap off the BW(O)B festivities with an Off-Flavor Sensory Panel conducted by Lallemand Brewing.

Beyond the events and collaborations, I left this year’s festival with a renewed sense of inspiration and amazement at the wonderful community of women in beer that came out to celebrate. We had members from three different Barley’s Angels chapters–DC, South Carolina, and the newly minted NYC chapter come out in support along with the NYC chapter of the Pink Boots Society. The Brewers Association recognized us as a recipient for their Inaugural Diversity and Inclusion Event Grant. On a personal level, I saw familiar faces from last year’s festival come to not one, not two, but three or four different events while the number of breweries interested in participating this year flooded my inbox. We’ve created something special here. And when I say we, I mean everyone: From those of you women, men, and non-binary beer lovers who came out to share a night with us; to even my dad, who contributed a male, Baby Boomer perspective to our Breaking BEERiers Beer Dinner. From the whole Hop Culture team and all of our sponsors for dedicating months and months of planning and execution to make this festival possible, to the brewers and industry veterans themselves that spent time to travel across the country to participate and pour.

In 2019, we proved more than ever that our community of women in beer is unified, strong, and resilient. I’m so excited to see all of you take what you’ve learned back into your own communities and to continue to make Beers With(out) Beards even bigger and better next year.

So yes, when I think of BW(O)B, one word (okay maybe three) comes to mind: “I’m f***king proud!” I’m proud of all that you’ve accomplished and I take pride in all of the work we still have to do. See you next year. 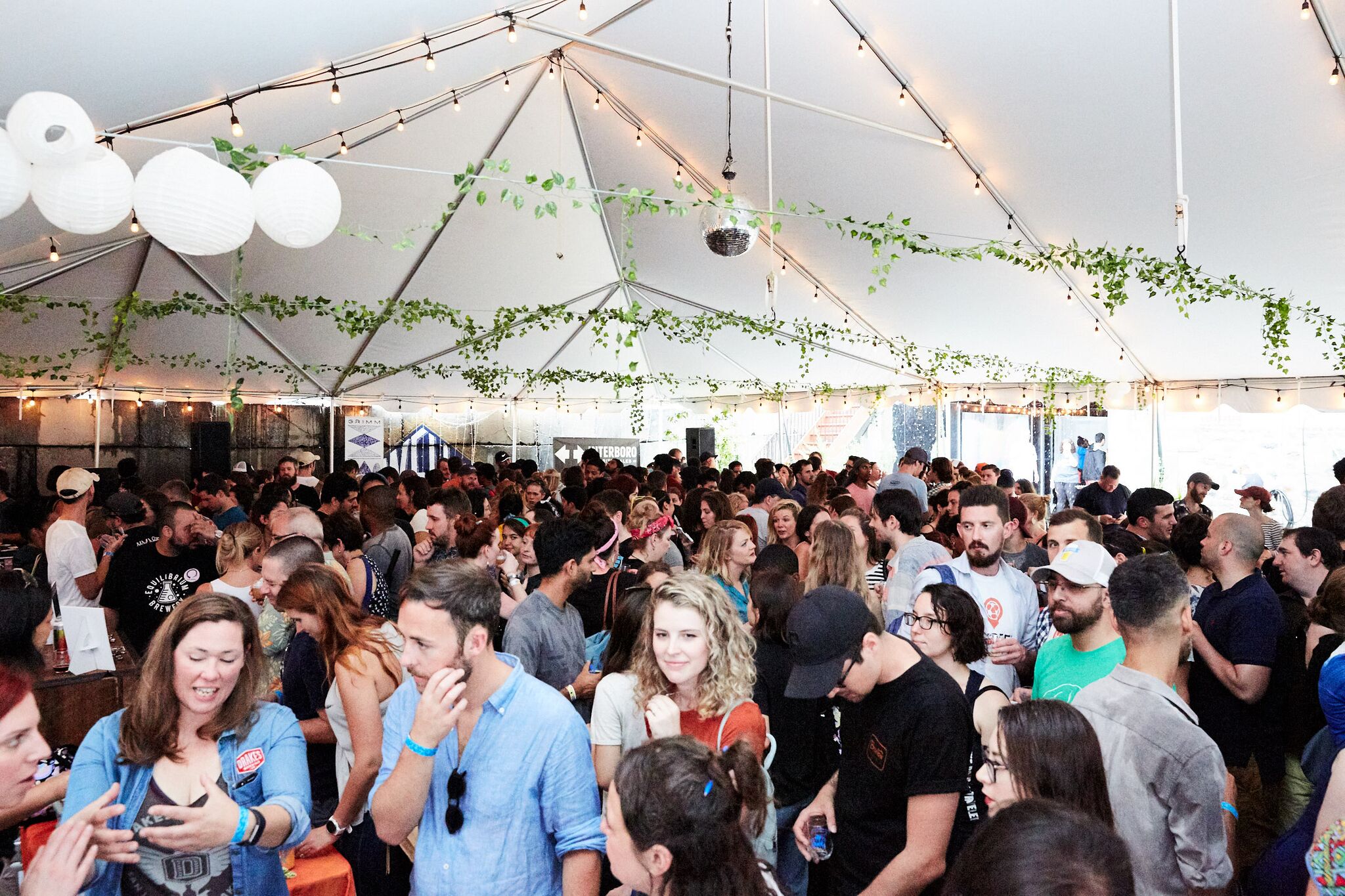