Kenny and Olivia just returned from a weekend away in Copenhagen, Denmark enjoying the festivities of Mikkeller Beer Celebration. They romped around the Danish capital enjoying amazing food, drink, and culture. And I enjoyed a couple of days at home. Just as fun.

But, in more serious news, Hop Culture has two positions available for those who want to join our crazy team. Click here to learn more. We also saw the merger of Boston Beer Co. and Dogfish Head, a deal that’s been valued at $300 million. We’ll continue keeping an eye on this deal as details emerge.

While all of that has been happening, we enjoyed some very delicious beer at Hop Culture HQ. Here are five of the best beers we drank from May 6th to the 13th. Sour IPA — Hudson Valley described this as a “brunch-style” sour IPA and they’ve hit the nail on the head. This is basically a tangerine mimosa, with a lovely balance of sweet and sour flavors. I don’t know if we can condone drinking a beer before noon, but I’d argue that Tangerine Silhouette is part of a balanced breakfast. Berliner Weisse — Speaking of breakfast, Folksbier, one of New York City’s underrated breweries, collaborated with Black Seed Bagels on a bagel-inspired Berliner Weisse. Folksbier tweaked its typical Glow Up recipe by substituting bagels for the typical wheat bill. After primary fermentation, the beer was conditioned on honey. The result is a lightly tart, refreshing beer that is perfect for warm NYC days. Double IPA — TRVE has established itself as one of the best farmhouse beer breweries in the country. Moreover, the metal music-loving Denver brewery is also adept at hoppy beers and announced its first ever canned IPA: Nazareth. The beer felt like a slight hybrid of New England and West Coast IPAs with an East Coast haze and slight piney note. The brewery described Nazareth as “weedian” owing to its sticky, dank flavor. Plus, the beer was released on 4/20. Smoke em if ya got em. Wild Ale — This beer was phenomenal. It shouldn’t come as a surprise because Perennial often makes show-stopping beers (see here and here), but this was a recent standout from the St. Louis brewery. Giant Steps (Blend 1) combined a puncheon-fermented red wheat ale and rye saison aged for 7 months and conditioned on Apricots, with a single barrel of 17-month-old French oak-fermented South City Wild Ale. It was complex and elevated with a depth of flavor that rivals the best American wild ales. We were impatient and cracked this bottle soon after Perennial generously sent it to us, but, if you feel like waiting, this beer will continue to develop and mature in the bottle. Farmhouse-style Lager– Like nearly every Allagash beer, Moselle was superb. Moselle was a cross between a saison and a lager, resulting in a crisp, slightly funky, refreshing beer. This isn’t a year-round beer, but it felt like something we’d have constantly stocked in our beer fridge. Pair it with just about any meal or enjoy on its own. All the time. 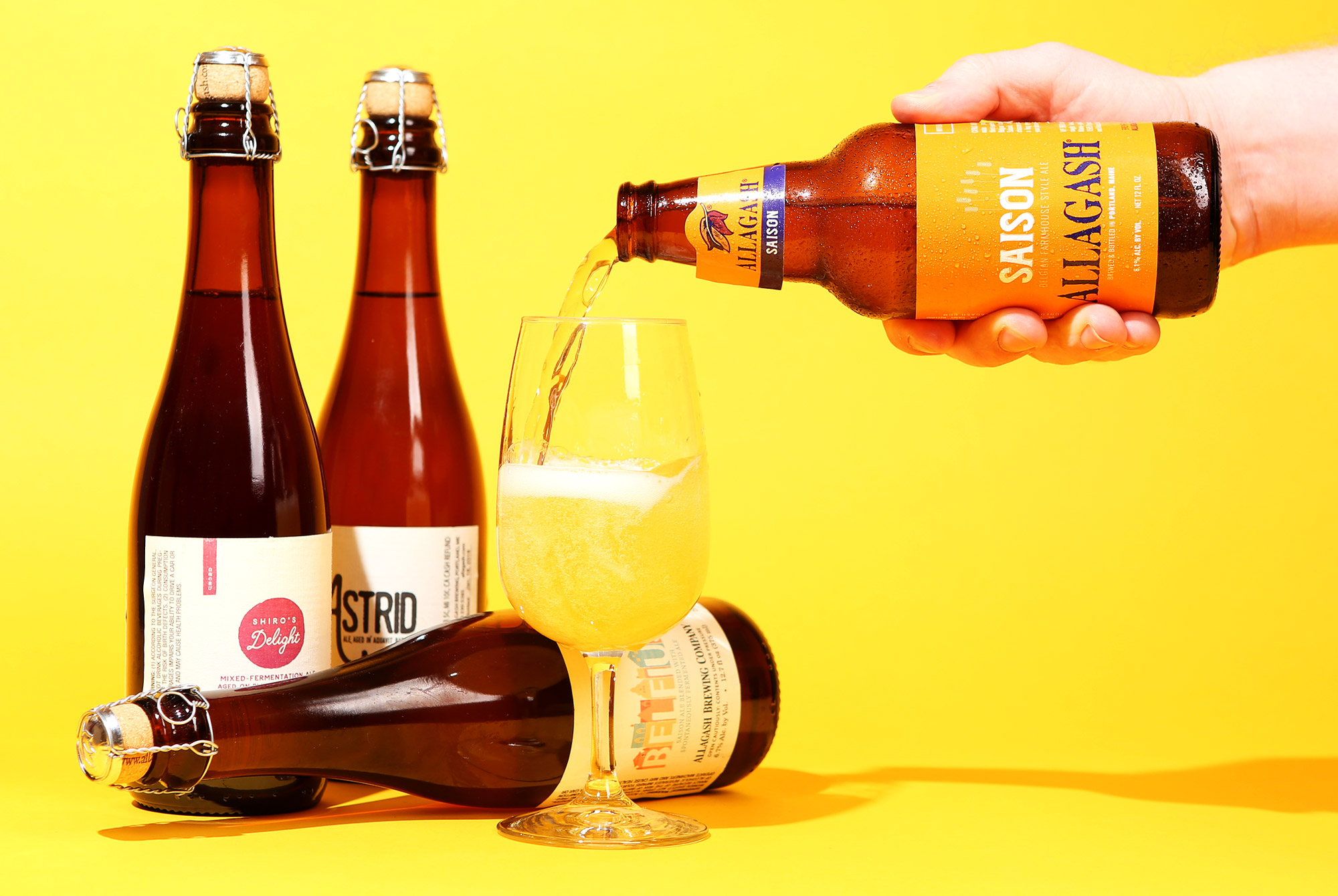