Here’s a classic American tale for you. Man finds a centuries-old family recipe for a beer in his father’s attic. The man begins brewing the recipe in his own kitchen. Then, man sets out to start a brewery and, through blood, sweat, and beers, builds one of the largest and most successful breweries in the country. That man, Jim Koch, founded The Boston Beer Company in 1984 after discovering his great grandfather’s recipe for Louis Koch Lager. But, for Koch, the journey wasn’t easy.

As Koch applied for loans to start The Boston Beer Company banks overwhelmingly considered his brewery idea to be risky and unbankable. Even for a guy like Koch, an educated white male with three degrees from Harvard, he found difficulty accessing the capital he needed to start a small business.

Now, envision you’re a womxn or a part of the BIPOC community trying to start a brewery? If a white male with three degrees from Harvard found barriers to building a business from the ground up, can you imagine how hard it can be to secure a loan for people from minority groups in craft beer?

Boston Beer set out to solve this problem. They started the Samuel Adams Brewing the American Dream program in 2008. The initiative, which partners with Accion and Opportunity Fund, has succeeded in providing more than 2,600 loans totaling $43.7 million to food and beverage businesses across 38 states, creating or retaining more than 9,000 industry jobs and most importantly providing free business coaching and mentoring to over 11,000 entrepreneurs.

Essentially, Koch banked 36 years of industry insight and expertise and found a way to share that knowledge and access to capital to fledgling, up-and-coming brewery owners.

Owners like Dali Parker, co-founder of Chula Vista Brewery; Alicia Conger, co-owner of 1912 Brewing; and Shari O’Connell-Stontz, co-founder of Bold Dog Beer Co.. They all joined us to share their unique stories as women in the industry trying to start a craft brewery during our women in craft beer festival Beers With(out) Beards empowered by Bumble.

BTAD and BW(O)B share similar missions to empower women to break through barriers in our industry. So, we were thrilled about the opportunity to partner with such a well-respected brewery as Boston Beer. And, to share the success stories of Dali, Alicia, and Shari during our marquee festival of the year.

All three ladies applied for, won, and participated in BTAD’s Brewing & Business Experienceship. The award offers the opportunity to travel to Boston for a week to brew a collaboration beer with the Samuel Adams team. Plus, winners can sit down for a mentoring session with Jim Koch and other experts. And they’re able to continue to reach out with business questions for really the rest of their lives.

Jennifer Glanville, Brewer and Director of Partnerships at Boston Beer took over the helm of BTAD a couple years ago. She joined us as the moderator of our discussion. She has been supporting womxn and BIPOC-owned food and beer businesses for years. As Glanville puts it, “This is a lifetime business.” And, she wants to continue providing coaching and mentoring to women and breweries for as long as they need it.

Check out Jennifer’s full discussion with all of our panelists here. And read more about how Samuel Adams Brewing the American Dream program has been championing the hard work of pioneers in the food and brewing industries here.

Currently Drinking: Fort Point Beer Co. KSA
Grace is the Managing Editor for Hop Culture and Untappd. She also organizes and produces the largest weeklong women in craft beer festival in the country, Beers With(out) Beards and the first-ever festival celebrating the colorful, vibrant voices in the queer community in craft beer, Queer Beer. An avid craft beer nerd Grace always found a way to work with beer. After graduating with a journalism degree from Northwestern University, she attended culinary school before working in restaurant management. She moonlighted as a brand ambassador at 3 Sheeps Brewing Co on the weekends before moving into the beer industry full time as an account coordinator at 5 Rabbit Cerveceria. Grace holds her Masters degree in the Food Studies program at NYU.
The Story of Samuel Adams’ Brewing the American Dream Program 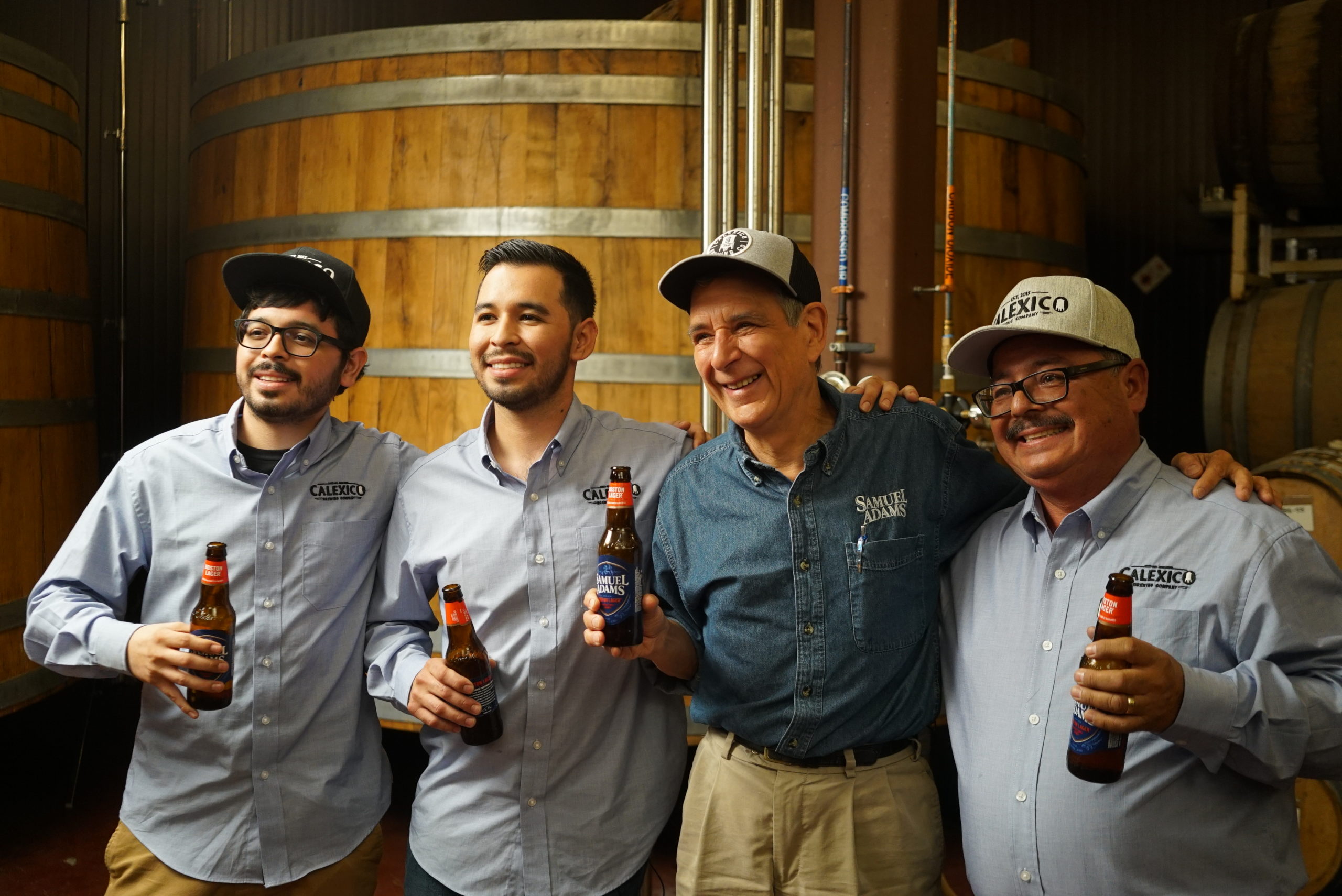