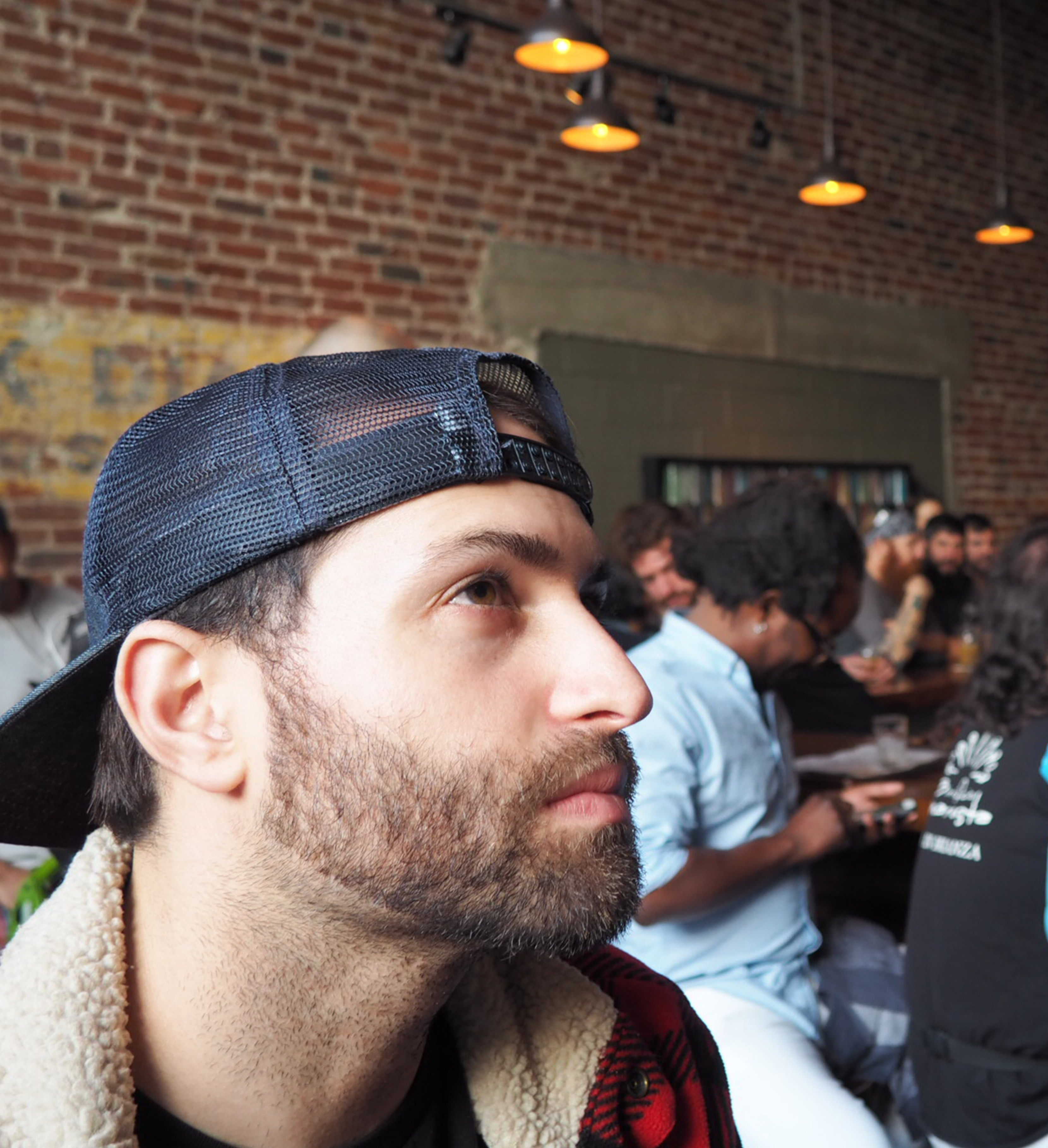 Years ago, when Voodoo Brewing Company’s head brewer Curt Rachocki first mentioned the idea for a beer festival he called “good vibes” I was a little torn. Today’s festivals are often pricey and crowded; beers kick early, brewers are left spending a full day pouring, and, honestly, there are just so many of them. Sure, there are a few well-curated, exciting festivals and beer events like Can Jam, Allagash’s Saison Day, Pils & Love, What the Funk!?, and Hop Culture’s lineup of events. (Editors note: not to toot our own horns.) But launching an event that separates itself from the sea of unexciting ones is a challenge. Still, I’ve found that there are a few necessary steps to making a top-tier fest. Part one is obvious. You need great beer from renowned brewers to gain the attention of those looking for a few new ticks on Untappd–they’re the kind of people willing to spend $60+ for a day of drinking. Part two is the location, preferably a city that has enough attractions to make the trip worth it. Lastly, you need an experience, both for the attendees and the brewers. After the labor of brewing, managing can and bottle releases, dealing with us neckbeards, all while balancing a life at home, a festival has to offer something special to get your favorite brewer in the door. With all this in mind, it was an uphill battle from the start for Voodoo. They not only had to make good vibes Beer Fest an event that could attract hundreds of attendees on their first try, but they had to create something worth traveling an hour north of Pittsburgh to Meadville, Pennsylvania.

It’s 8 am on a Friday as I walk into Voodoo’s brewery to see the gentlemen of Casa Agria Ales along with Curt finishing their mash while talking through the process for the brew day. As the wort begins to boil, a truck backs up into the brewhouse, with two large oak barrels in the back. “We’re going to transfer the wort while the barrels are on the truck,” Curt says. “Then we can drive the barrels over to the Compound to ferment,” he continues. The Compound is not only the home for Voodoo’s new non-clean fermentation project, but it’s also the location for the festival, and, more immediately, where we need to be for the weekend’s kick-off event. As we drive over to the Compound, I see a crowd of the brewers file into a white van with a case of PBRs. “We are going to go shoot and blow shit up,” one of them mentions. I assume they are kidding, but I figure I’ll ride along and check it out. After ten minutes of driving, I get out of the car in the middle of an open field. I see an older gentleman teaching gun safety before asking who wants to shoot first. Angry Chair’s Ryan Dowdle offers to take the first shot, and with an explosion of a 6-pound watermelon, the weekend has officially started.

Two hours later it appears we blew up all the watermelons and appliances we have and decide to head back to the Compound for a brewer’s dinner and bottle share. The night wraps up with a quick stop over at the local dive bar before dropping us back at our hotels.

On Saturday morning I walk outside to grab the shuttle to the festival and I’m shocked by what I see. Parked outside the Holiday Inn Express is a hayride pulled by two horses and led by Hector Hancox, a farmer that collects Voodoo’s spent grain. After a ten minute ride, we arrive at the Compound to find a line of attendees chomping at the bits to get the first pour hours before the gates open. I remembered seeing the video of attendees running across the grass at Hunahpu Day in Tampa earlier this year. It feels like déjà vu, as I cautiously walk over to the Bokkereyder booth, where I’ll be pouring today. As the start draws closer, it feels like I am preparing to watch a total train wreck of disgruntled attendees complaining of long lines and kicked kegs. As I walk into the booth, I discuss with my fellow pourers the plan for the day. For Bokkereyder, we are pouring a total of fifty-four bottles. The bottles are made up of four different blends, which will be poured at set times – 12:00, 1:00, 2:00, and 2:50. There are only six bottles of the final blend, which is why we are saving it for the last ten minutes of the festival. As I look to my left I see Bottle Logic from California, and on the right Bellwoods Brewery from Toronto, followed by Angry Chair and then 3 Sons Brewing from Florida, as each brewery is set up in a straight line across along the back fence, as we approach the start of the day.

The clock strikes noon and fireworks go off (literally) as attendees do their best walk-run combination to their first pours of the day. As the first thirty minutes tick away, I realize I was wrong, as we’ve only poured eight of the fifty-four bottles. “This is so calm,” my fellow pourer mentions as we see the lines appear to be even across the board. Throughout the day, that sense of serenity continues as 3 pm approaches–the scheduled end time for the fest–and practically nothing has kicked. As we get ready to pour our last blend of the day, our line dies down temporarily. In the crowd I see Curt walking through the line pouring a 6-liter magnum of Grande Negro Voodoo Papi, his spiced stout aged in red wine barrels.

At 3:15, the sixth and last bottle we’re pouring kicks, but everything else seems to be going strong as Voodoo lets everyone continue to get pours. After the fourth hour, Voodoo decides to call it as attendees begin to slow down in the hot weather and leave the Compound.

As the last attendees make their way home, the Voodoo family can finally breathe a sigh of relief. They have pulled off good vibes Beer Fest on their first attempt without a hitch. Though the festival may be over, the night is still young for the brewers.

Curt leads a group of us behind the brewery with buckets of cans to hang out by the creek. Quickly brewers lose their shirts and begin to waddle their way out to the middle of the river to hang and chat. Others grab chairs and place them down in the water to sit and relax for a minute. As 8 pm hits, everyone slowly makes their way out of the water to head back into the Compound for a seafood boil, prepared by Voodoo’s head chef, Anthony Glasgow. On our way to the Compound, I run around the south side to catch a glimpse of Curt’s brother Matteo stacking pallets two stories high to prepare for the final send-off: a bonfire.

By 9 pm the fire is blazing. In fact, it’s growing so much that most of us decide to get up and stand back to watch while others continue to throw additional palates into the flames. Along the outside of the brewery, Voodoo sets up a four tap station with kegs left over from the fest. As the first keg kicks, Curt tells me to pick out something new. I head into the cooler room to see a packed house of kegs leftover from the festival. I decide to take out the keg of Narrow Gauge’s OJ Run, joking with head brewer Jeff Hardesty, “I found some janky St. Louis beer if you want to try it.”

By midnight, the fire begins to slow down as brewers continue to pop bottles before heading back to their hotels or the local dive bar to close out the night.

Arriving Sunday morning back at the Compound, everyone is feeling the fatigue as Voodoo sets up a brunch with cocktails for those heading home. I sit down with brewers from Kent Falls, Casa Agria, and Equilibrium, as we reflect on the weekend. “It was incredible,” one of the brewers said. “Insane,” another mentions. Most importantly, it was a success. For three days, Meadville hosted over thirty of the best breweries in the world and hundreds of attendees, and they did it right. There are few festivals out there that can truly remind us of why we first got into the craft beer world. It’s the people, it’s the experiences, and of course, it’s the good vibes.

Juicy Brews and Where This Is All Going 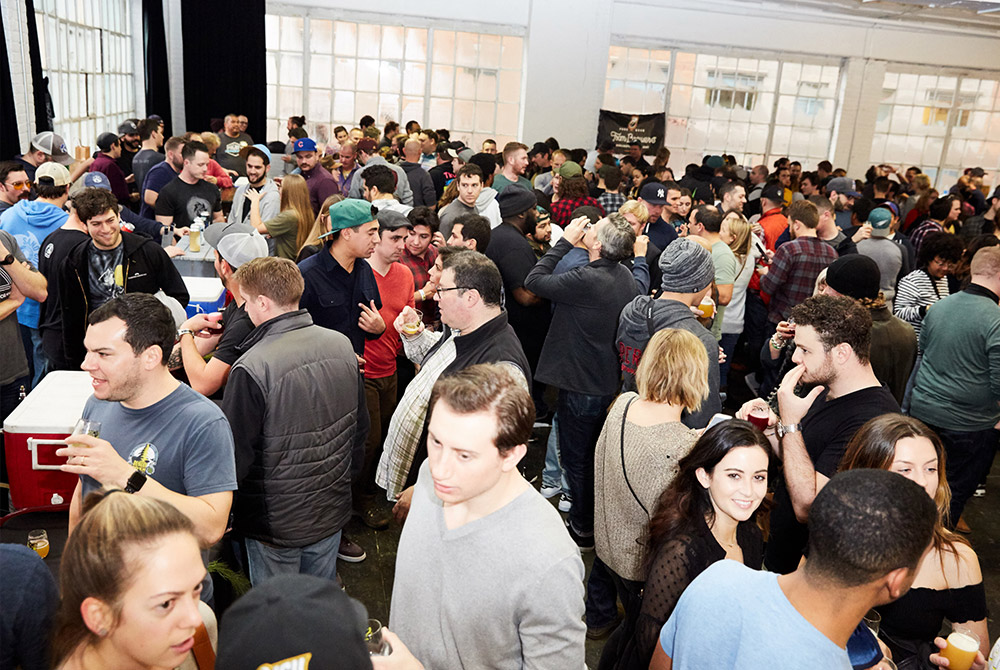