Coming Up Rosés: The Rise of Rosé Beer Rosés are no longer just for lazy summer days and Valentine’s Day romances.

Since bursting into our lives a few years ago, the pale pink vino has found its way into the year-round vernacular. It’s easy to see why. The hue is Instagrammable, the hashtags are catchy, and the blends are perfect for daytime drinking. It was pretty much inevitable these easy-drinking rosés would find their way into craft beer.

The rosé beer trend reached its pinnacle last year. It’s not a distinct category like the hazy IPA, but a hybrid style with plenty of variety. In 2019, we saw everything from ciders produced by breweries (Urban South’s Carpé Rosé) and sparkling ales (Calicraft’s Rosé Ale) to barrel-aged pale ales (Shiner’s Pride Rose Pale Ale) and wine-beer hybrids (Firestone Walker’s Rosalie). Some of the beers are modeled after rosé wines while others are just pink in color. A few are even alternatives to a brewery’s core lineup, like Victory’s Rosé Monkey. The only common factor seemed to be the beers having “rose” somewhere in their names. Breweries playing around with beer-wine hybrids are nothing new, but rosés have allowed for a renewed chance to blend the two. Upland Brewing Co., located in Bloomington, Indiana, took advantage of their long-standing friendship with Oliver Winery. Located just nine miles from the brewery, Oliver provides the barrels that house the majority of Upland’s sours. Starting with their classic lambic style, Upland uses unsalted wheat and a unique mashing process with an extended boil over low alpha hops. After the initial fermentation, the beer is transferred to a house barrel from Oliver and aged for 12 months. The final product comes from a second round of fermentation and aging using Chambourcin grapes harvested directly from the winemakers that morning. From start to finish, the whole process takes roughly 16 months to complete. Though Upland cultivated their first round of grapes in 2017 and produced their initial batch a few months later, they weren’t capitalizing on the rosé beer trend. In fact, the brewery didn’t even know those beers were a thing.

“When we created this beer, we just wanted to make something we really enjoyed that used local grapes,” explained Eli Trinkle, Upland’s Lead Sour Brewer. “Trends definitely affect us, though. We used to only brew two IPAs a year. Now, I feel like we are brewing a new one every month.”

At the moment, Oak and Rose only makes up 5% of Upland’s sour program. However, Trinkle hopes the momentum will keep up. “Let’s hope they’re going to stick around,” he said. “We love this beer and the entire process behind it.” Cincinnati’s Rhinegeist Brewery has found even more success with their varietal Bubbles. Initially created in 2016 as a one-off experimental cider, the product became so popular that it quickly went from draft-only to cans. A slight tweak in the recipe transitioned Bubbles into an ale. Social Media Manager Andrew Clark describes the blend as a cross between a beer and a cider. Co-fermented with apple juice, the malt-and-fruit combination dries out to a brightness reminiscent of a cider. After that, peach and cranberry juices are added back in to balance sweetness with acidity and complex fruit characters.

Last year, the brewery sold 180,000 cases of Bubbles, which made up 13% of their portfolio. That’s no small amount, as Rhinegeist was the 28th top-selling craft brewing company by volume in the United States in 2018, according to the Brewers’ Association (2019 numbers haven’t been released yet). The popularity of Bubbles has even led to its own small, steady line of fruited ales. This includes Little Bubs, a lower ABV take on the original, and its seasonal siblings Wowie, Slangria, and the soon-to-be-released Zango. Just like rosé wines for many commercial wineries, Bubbles and Little Bubs have become part of a year-round program for Rhinegeist. However, Clark admits that “it’s hard to beat a light, fruit-forward sipper in the summer heat.”

“Rosé beers exist at the intersection of several fermented traditions,” Clark said. “There’s potentially something for everyone to enjoy about the style. It’s difficult to say who the typical drinker is for those two beers because they’re consumed so widely. Oftentimes we’ll have people tell us, ‘I don’t normally like beer but I love Bubbles.’ But we’ll just as easily see die-hard IPA drinkers try it and enjoy the unique flavor.”

Rhinegeist’s success with Bubbles follows what Avery Brewing Company in Boulder, Colorado, has been brewing for a decade. After more than 10 years of making wine-beer hybrids, Avery knew they would be able to tackle the newer rosé beer styles with an expert eye. The result was a now crowd-favorite at the brewery, Rocky Mountain Rosé. At 49% wine grapes and 51% malts, it’s “unique amongst grape and grain hybrids,” said Fred Rizzo, Avery’s Director of Brewing Operations. The light, refreshing brew with a wine-like aroma and sharp acidity fits right in the middle of Avery’s offerings, which encompass a terrific range. There’s the well-known White Rascal, as well as their more experimental Bourbon barrel-aged stouts, which can come in at 16% ABV. Seasonal Rumpkin even goes as high as 18.5%. “We think our Rocky Mountain Rosé is an awesome option to give to your friends that say they don’t like beer,” Rizzo said. “That said, I’m a professional beer nerd, and I love the style. If you know how complicated it is to produce, you know it’s not just a basic beer. Ours is a true grape and grain hybrid, which makes it accessible to wine lovers, spirit drinkers, and beer drinkers.”

The timeline to drink a beer like Rocky Mountain Rosé fits the folks who live in Colorado’s Front Range, a region known for its year-round outdoor lifestyle.

“While this beer fits in great at summer BBQs, it’s also a great aprés ski beer,” Rizzo mused. “I think the characteristics lend themselves more to the warmer months. But light lagers are consumed in mass year around, so why can’t you drink a Rocky Mountain Rosé in the winter, too?” On the opposite end of the spectrum is Green Man Brewery in Asheville, North Carolina. They tried their hand at their first rosé beer, Persian Dry Rosé, last July. Head Brewer Kyle McKenzie, who focuses on wood and sour beers for the 23-year-old brewery, enjoys sipping on easy-drinking, crisp rosé wines in the summer. After he tasted Firestone’s Rosalie, McKenzie knew that an idea he had been mulling around might just be worth producing.

“Most of the other rosé beers I had were sweeter and made with fruit instead of botanicals,” he noted. “They all had more body than I was looking for, so I decided to make a drier product.”

The result was a crisp, clean beer that he says mimics the flavors of a dry rosé wine. Botanicals found in Persian cuisine mingle with rice and pilsner malts. A small amount of German Mandarina Bavaria hops creates a fruity, floral flavor with zero residual sugars and that coveted pink hue.

“We see a fairly broad psychographic group sampling this beer,” McKenzie said. “But we seemed to notice more sour beer fans, wine, and cider drinkers — as well as people looking for a lighter option — gravitating towards this style.”

Though McKenzie was happy with his take on the trend, the beer ended up being a slow mover, forcing it into a limited production cycle.

“It will not become a year-round beer [for us, and] we will be making changes to the next version,” he said. For one, he aims to brew the sequel as a lager. Additionally, he wants more acidity and sweetness in the finish to “help accentuate those fruit and floral characters.” The success rates of these beers comes on a brewery-by-brewery basis. Location, clientele, and hype all affect how long the beers stay on rotation. Along with hard seltzers, these alternatives to “traditional” beers are frequently targeted to non-beer drinkers or marketed directly to women. If the experiments don’t do as well as the brewery hoped, they can always be labeled as “seasonals.”

“I still think enough consumers are adventurous in their drinking choices for there to be a place for these styles going forward,” said McKenzie. “Although I do think ‘rotation nation’ will keep these styles as one-offs with limited production runs.”

Will the Trend Continue?

As Good Beer Hunting noted last summer, 2019 was a year of experimental rosé beers. However, the beers only earned gangbuster acclaim for a handful of producers, including Rhinegeist. Another success story was Houston’s Karbach, which had one of the top-performing rosés last year with the Daymaker Brut Rosé Ale (though it’s not currently listed on their website). So while most breweries won’t be going rosé crazy, the one-offs aren’t going away any time soon.

“For us, the rosé beer phenomenon has been less of a trend and more of a new category,” Clark said of Rhinegeist’s success with Bubbles. “The style will never overtake IPA or amass a national tidal wave à la hard seltzer. But for now, rosé beers have carved out their own niche in the beverage world.” 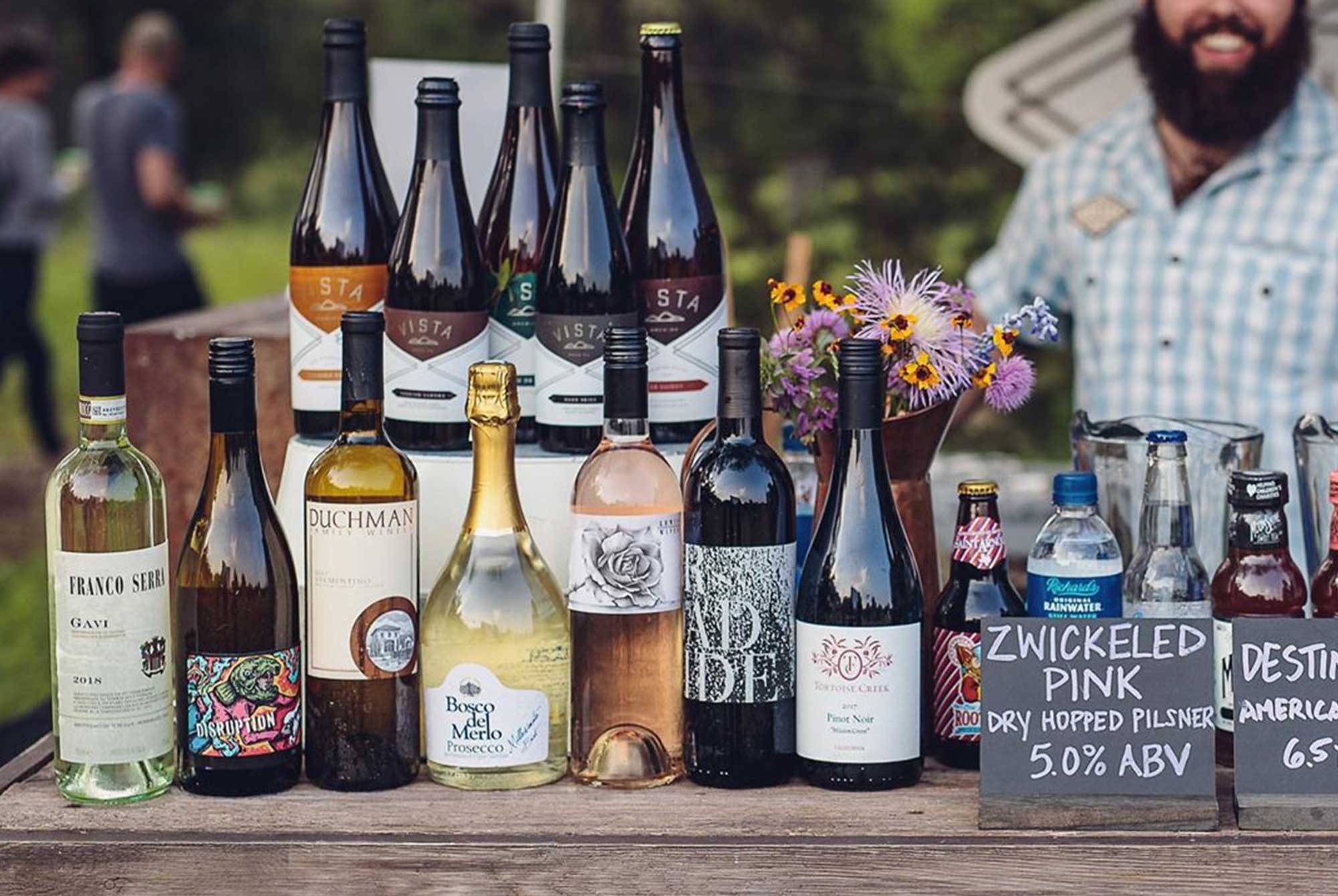