Drinks at The Side Project Cellar, the Best Bar in St. Louis 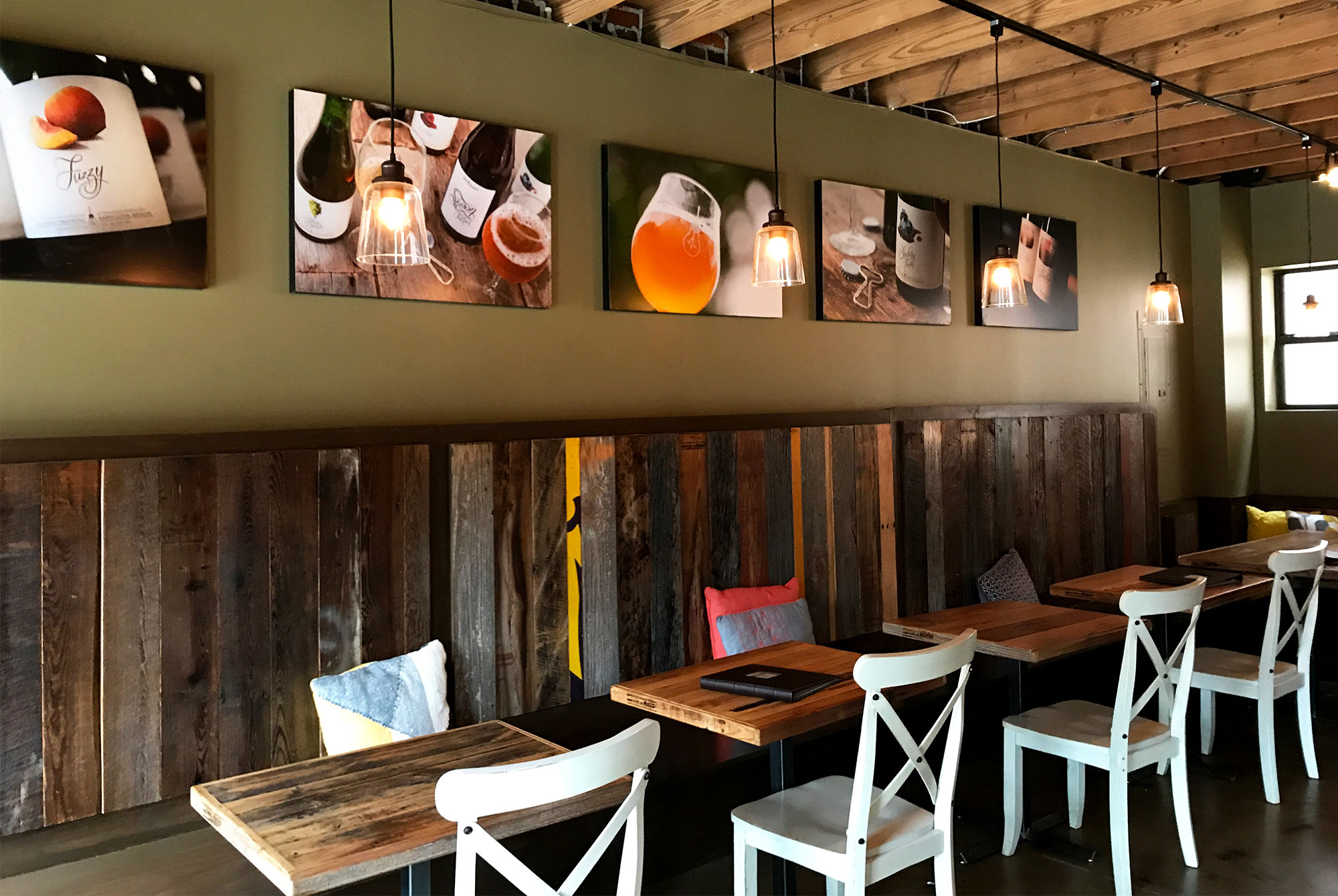 It might be the best bar in St. Louis, Missouri. At least, as I think back on my recent trip to the Midwestern metropolis, this is an accolade The Side Project Cellar surely deserves. With a well-curated collection of sought-after draft pours, Belgian imports, and rare vintages, the bar is an unsurpassable experience for those looking for a taste of Europe.

If the name of the taproom sounds familiar, that’s because it is. The space is owned and operated by the team behind Side Project Brewing, a 100 percent barrel-aged brewery location a block away. Co-owners Cory and Karen King initially opened the Cellar in 2014 to provide a dedicated tasting room for Side Project. Once things got rolling, the taproom took on more guest taps and non-beer products, eventually earning it a James Beard semifinalist nod in 2016 for Outstanding Bar Program. Side Project Brewing has since debuted a tasting area of its own, but the two concepts remain quite independent.

“We’re keeping [the Cellar] very beer bar-focused,” said Katie Herrera, a manager at the Side Project Cellar. “And it’s more intimate: we have wine, whiskey, beer, and an extensive cellar list. That offers our customers the ability to not only drink Side Project and Shared beer, but to drink things that Cory drew his inspiration from, like these beautiful farmhouse beers that are coming over from Europe.”

At the Cellar, the interior is sleek and cozy, befitting the serious attention given to the libations. As Herrera led on, this isn’t the sort of place you bring a rowdy group — this is where you go to drink nationally recognized beers and spirits, served the way their makers intended.

To support that sentiment, the draft menu is listed by temperature, ranging from two cask offerings served at room temperature, to more traditional, drinkable beers served chilled. A decent portion of the taps still feature Side Project and Shared beers, but there are plenty of other enticing options. A few notable draft pours from my visit include a 2016 vintage of Prairie Artisan Ales’ Bomb!, a Flanders red ale made in collaboration with Hair of the Dog and De Proef, and, oddly enough, a rosé. True to its name, the Cellar also boasts an impressive menu of cellared bottles. When I went, there were enough Goose Island and New Belgium bottles to order impromptu verticals dating back to 2014, if one desired. Yet from what I gleaned, and what Herrera told me, the cellar’s focus is primarily on European bottles: think Amager Bryghus, De Struise Brouwers, and LoverBeer. Many of these bottles from abroad also dated back a few years.

“To be able to put something on draft and say, ‘This beer is beautiful, new, exciting, and there are maybe three kegs in the whole state of Missouri.’ That’s what’s driving what we’re doing at the Cellar.”

“We really like what’s going on over in Europe, and don’t think there’s much going on in that picture [in St. Louis], or even the Midwest,” Herrera said.

While beer is definitely chief at the Cellar, Herrera also oversees a selection of whiskies. Many of these spirits are from distilleries that regularly provide barrels to Side Project Brewing, like Buffalo Trace and Four Roses. A few wines from smaller vineyards in America and France are also offered by the glass.

What’s more, all of these menus are poised to expand — think future collaborations with breweries like Evil Twin and Firestone Walker, more limited imports from Japan and beyond, tap takeovers, and more.

That stacked selection, combined with what’s to come, is why I found myself so enthralled with this bar. Despite its meticulous attention to beer, the space accommodates all. You could show up with a few friends and order a Brooklyn lager for the reluctant beer-drinker, a bourbon neat for the whiskey connoisseur, and a 2015 Jester King vintage for the craft beer fanatic. There’s no snobbery or pretensions here: just stellar booze.

“To be able to put something on draft and say, ‘This beer is beautiful, new, exciting, and there are maybe three kegs in the whole state of Missouri.’ That’s what’s driving what we’re doing at the Cellar,” Herrera said.