Since it’s opening in 2013, Gary’s 18th Street Brewery has made quite the splash into the Chicagoland craft scene. That point is proven when you are awarded the “Best New Brewer” in your state, too, by RateBeer. Indiana – the Northwest portion in particular – has a style all its own, when it comes to the brew scene. And the brand that ‘Eighteenth’ has begun to build out is rather impressive, especially given their short time in the market. An often noticeable disparity between new brewers that take to production, and the stalwarts that have been at it for a while is…the packaging. Or in the least, the brewery’s consistency when it comes to their visual identity. This task of brand continuity is something that 18th Street has managed to corral quite well.

The man behind it all: Joey Potts. As acting Creative Director/house-illustrator for the brewery, Eighteenth has managed to crank out an unreal amount of merchandise, promotional items and packaging. The obvious comparison would be to mention their neighbors to the south, 3 Floyds – and their distinct graphic tone. Or maybe you might think of Solemn Oath. But, Potts’ unique ability to meld the playful, the grotesque and the intricate in a flash-art-meets-graphic-novel style is all its own. Even more impressive is to see his illustration over such a short period of time become such a strong identifier to the ’18th brand.’ The aesthetic may not be up every beer drinker’s alley. Nor are some of these 6-packs safe for your company picnic – but damn, do these illustrations look good wrapped around a can, in matte metallic. Whew. 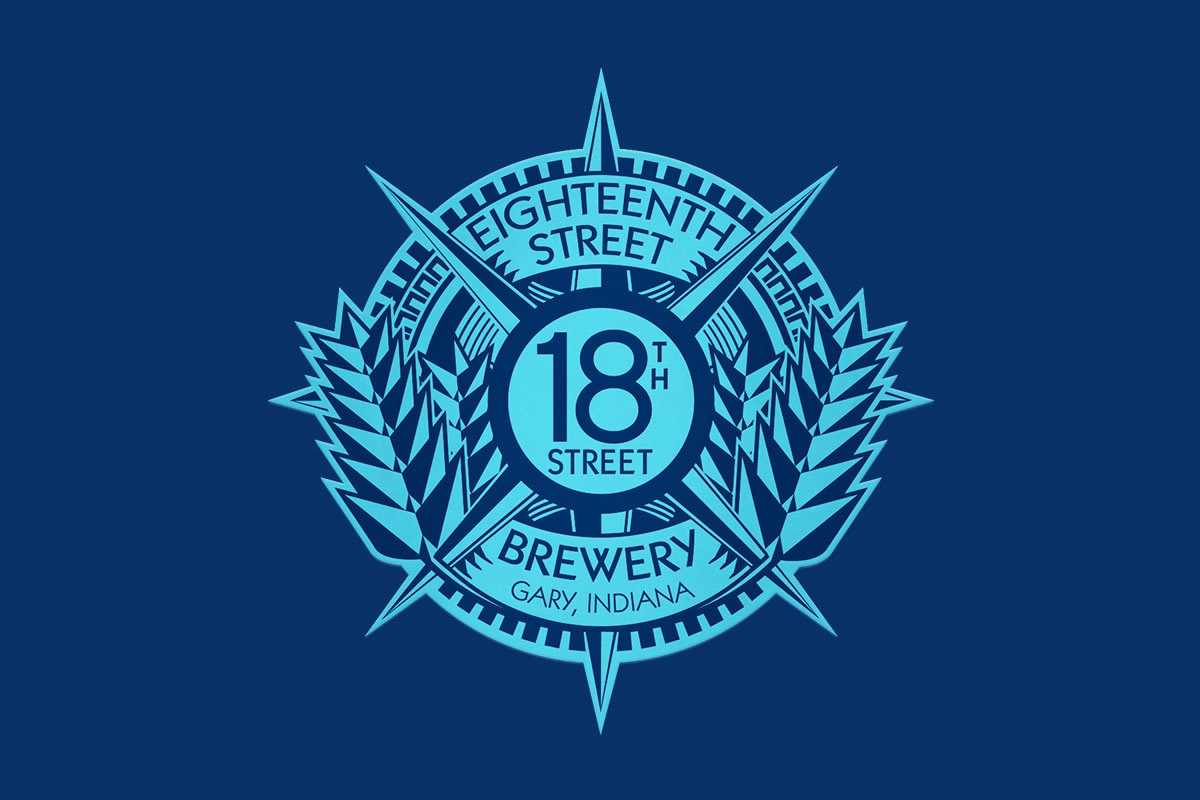 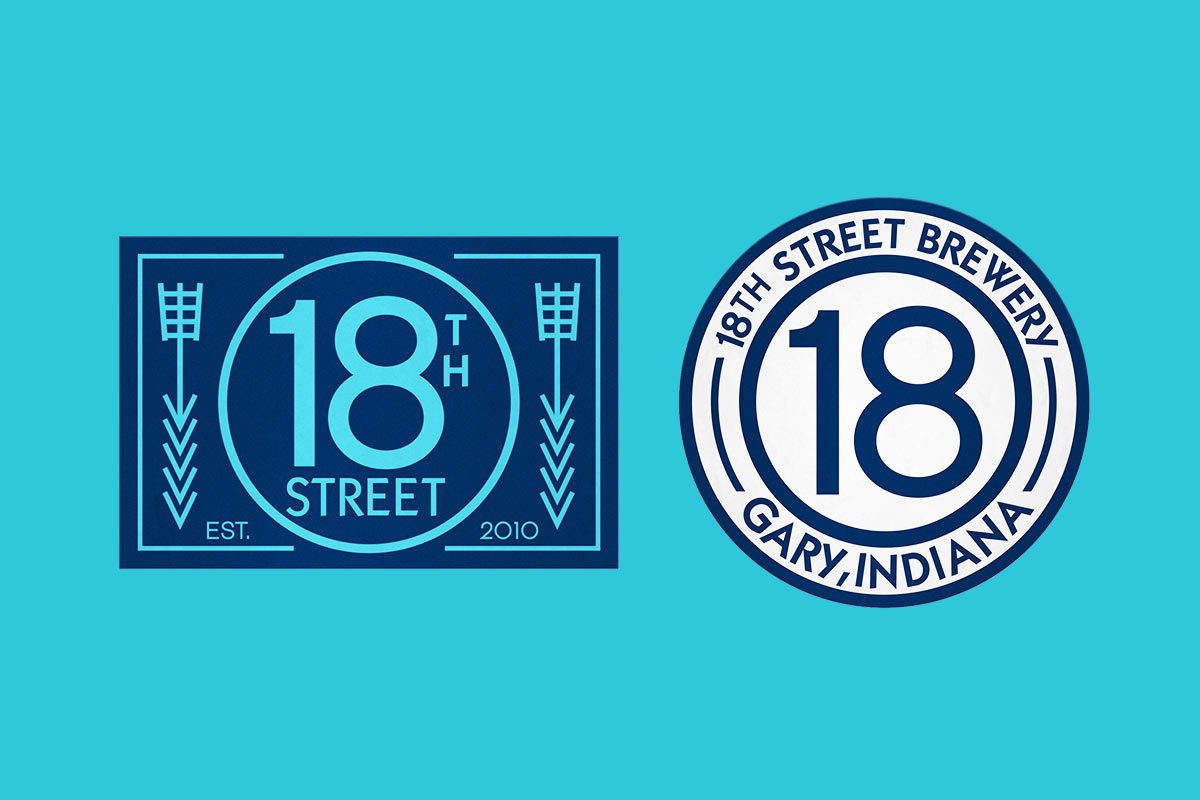 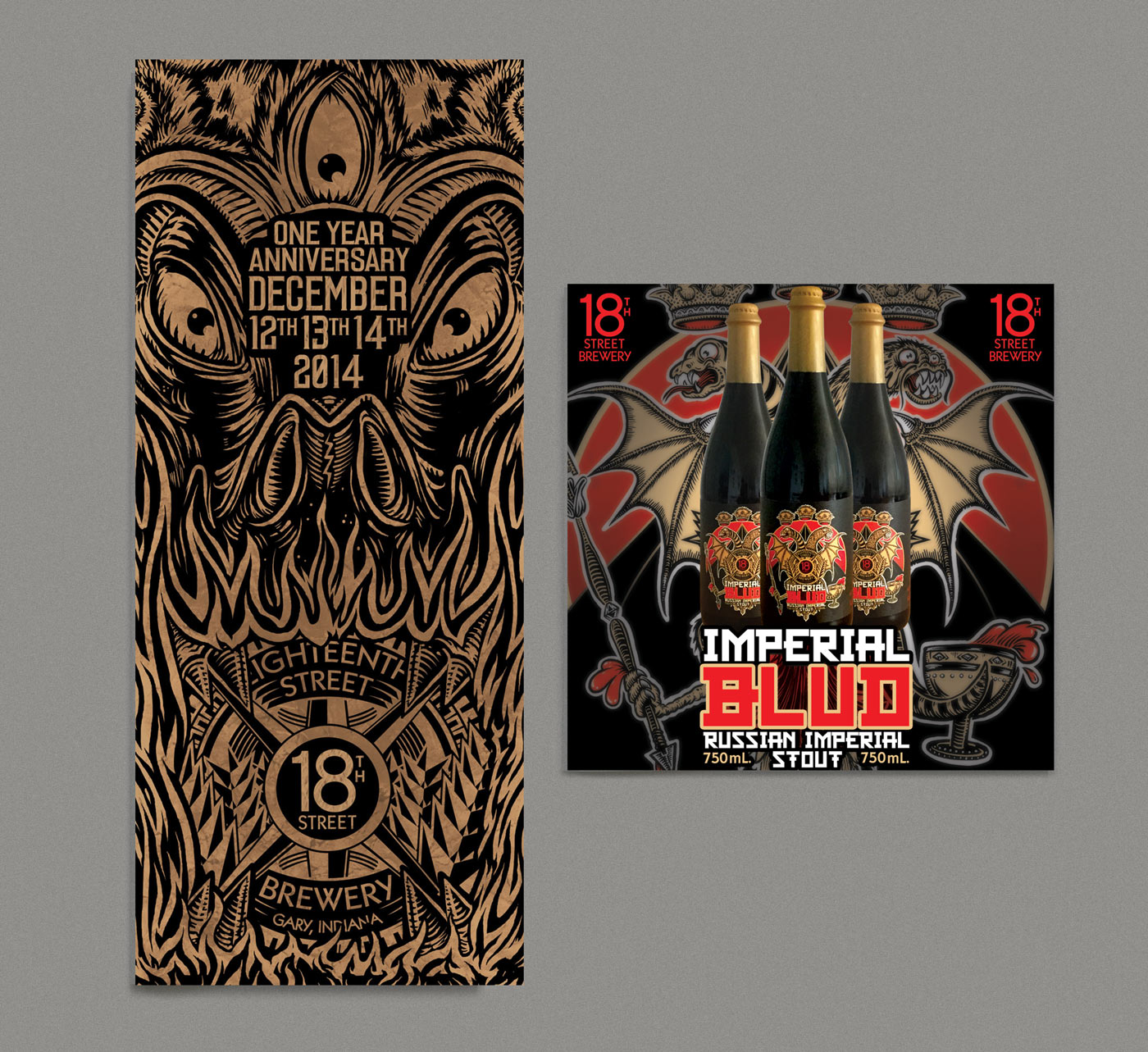 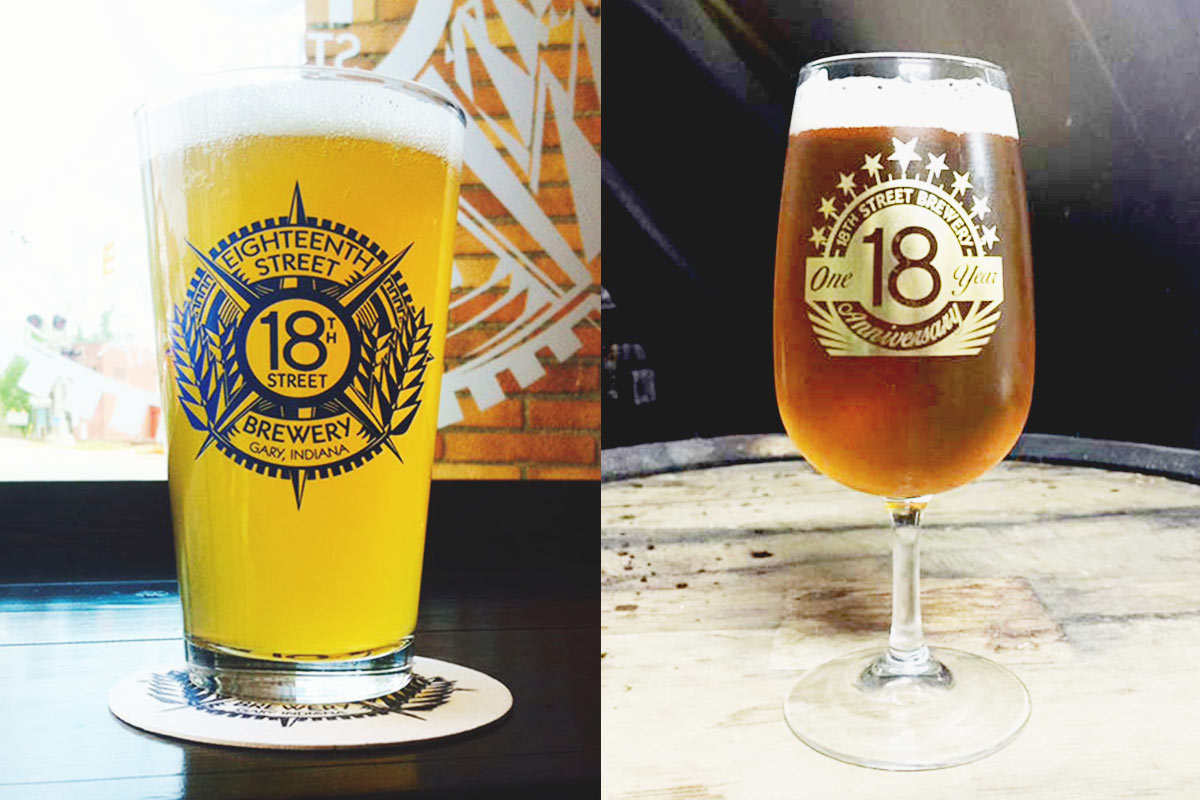 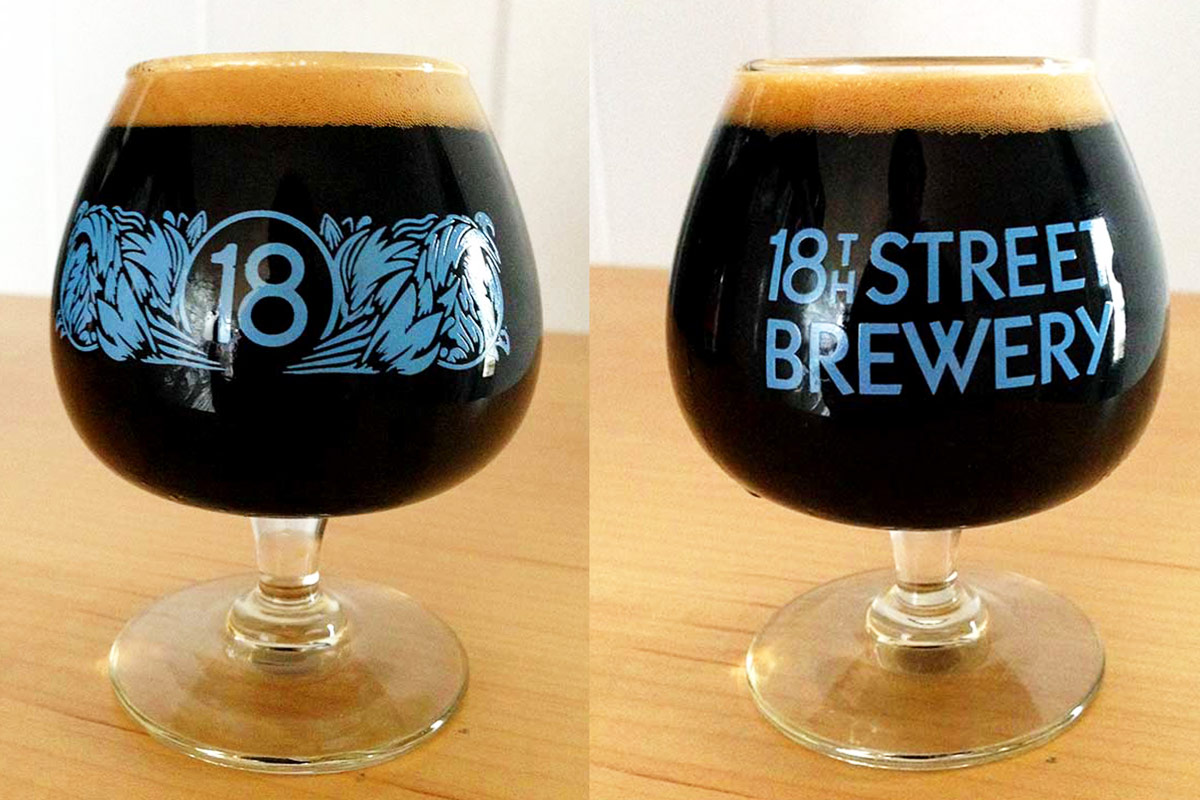 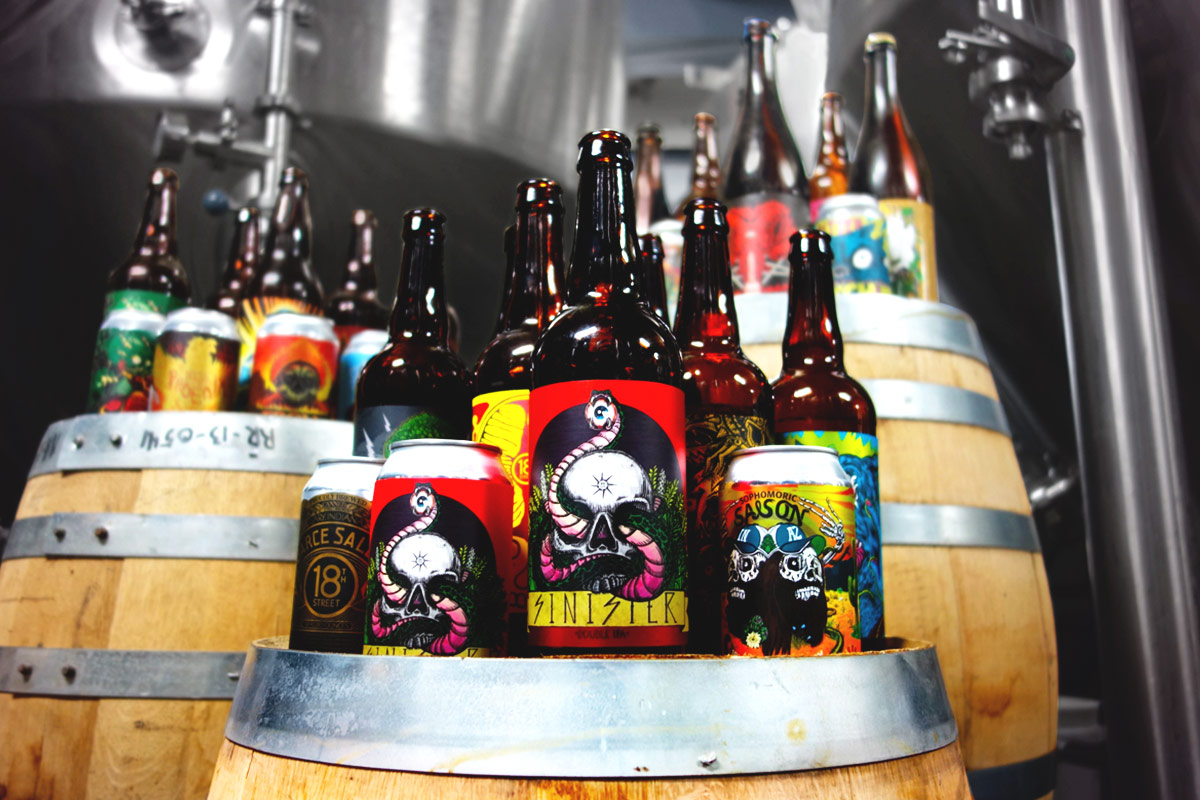 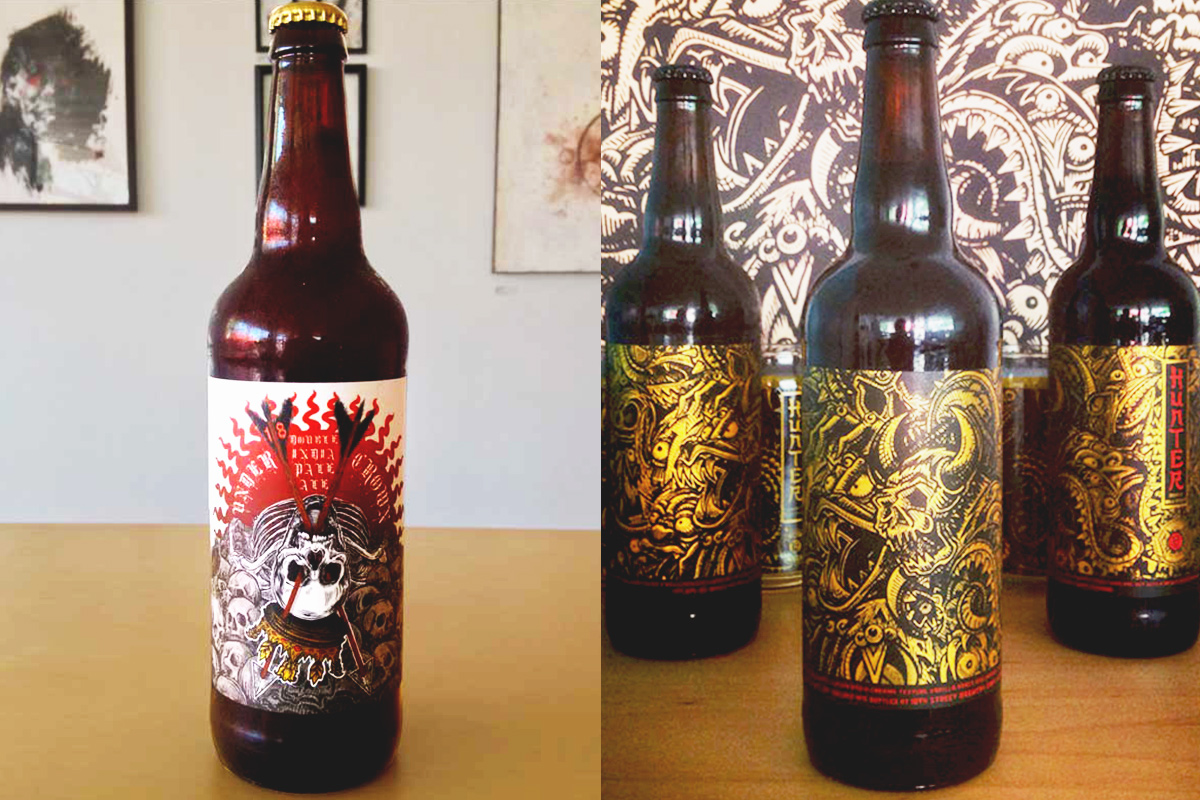 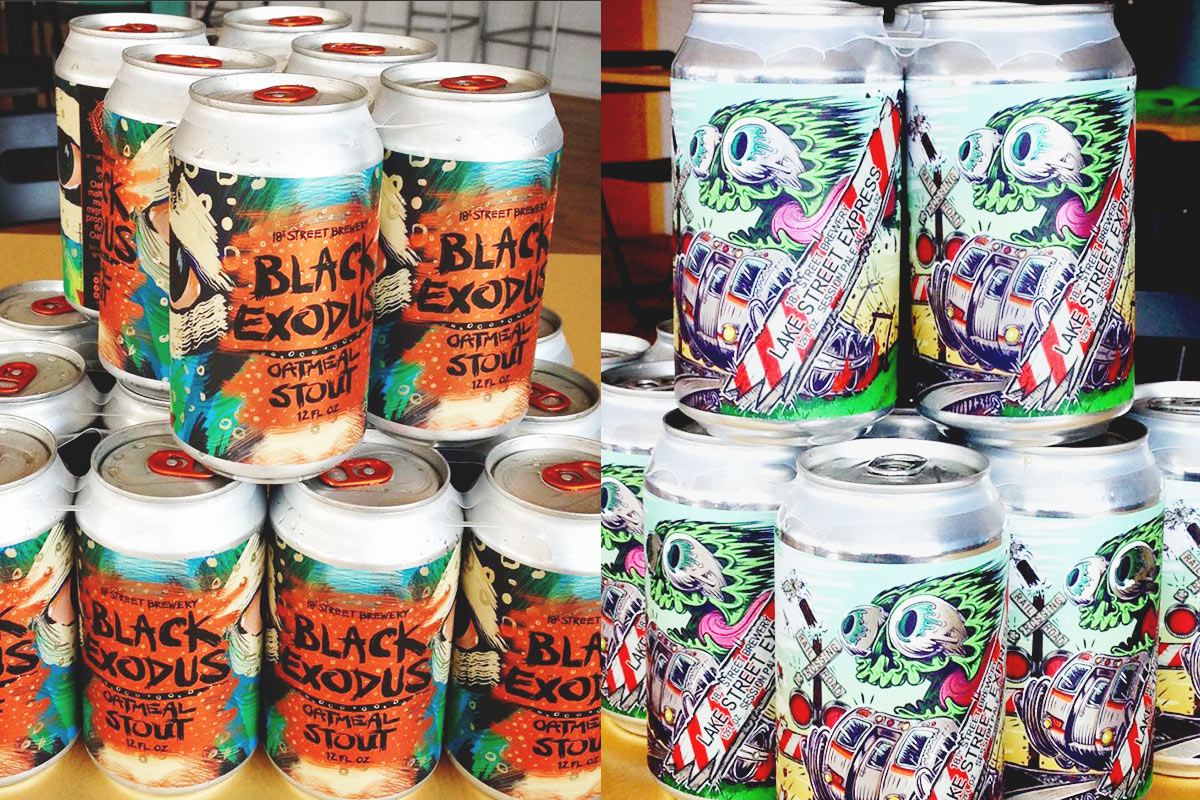 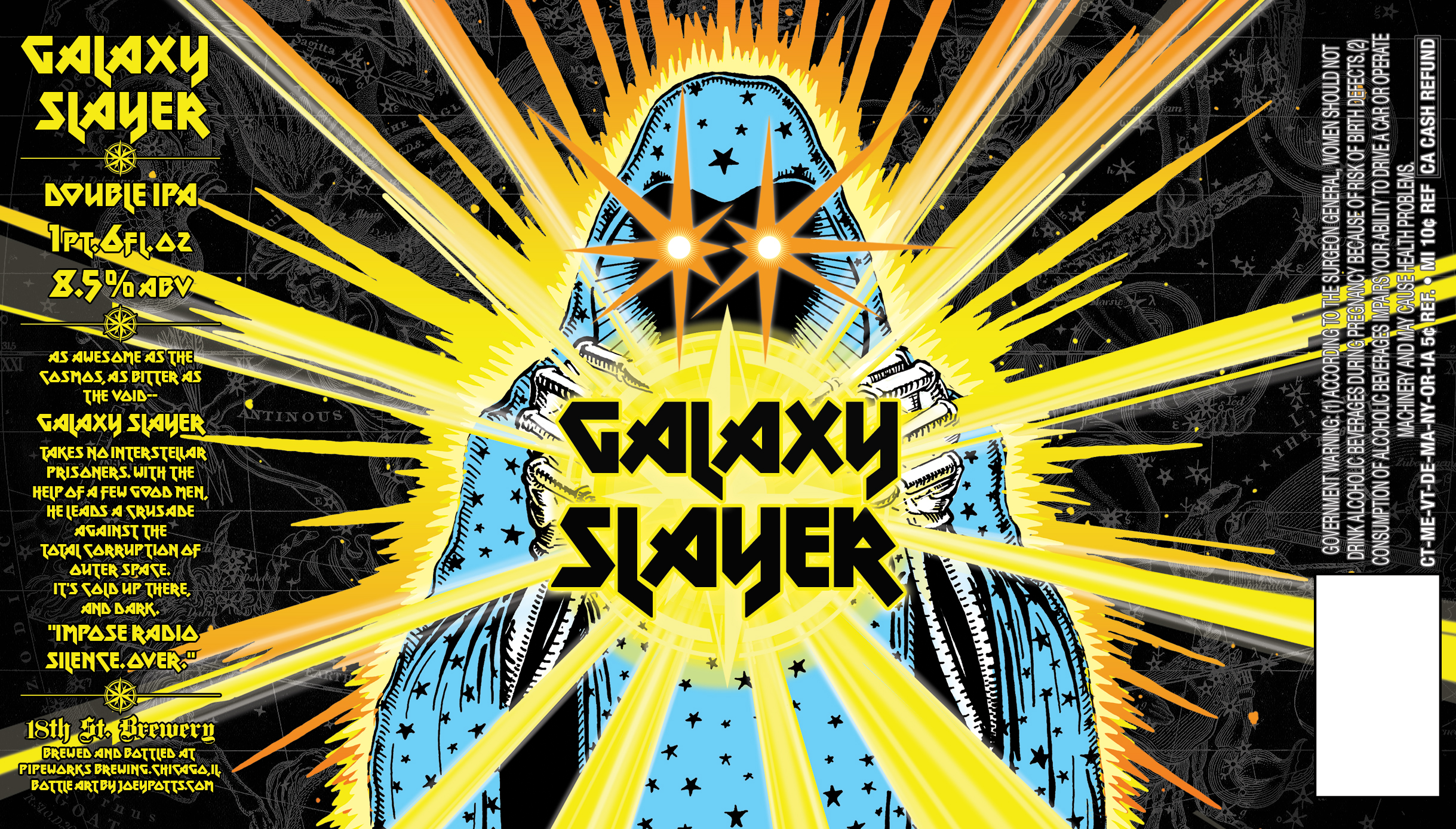 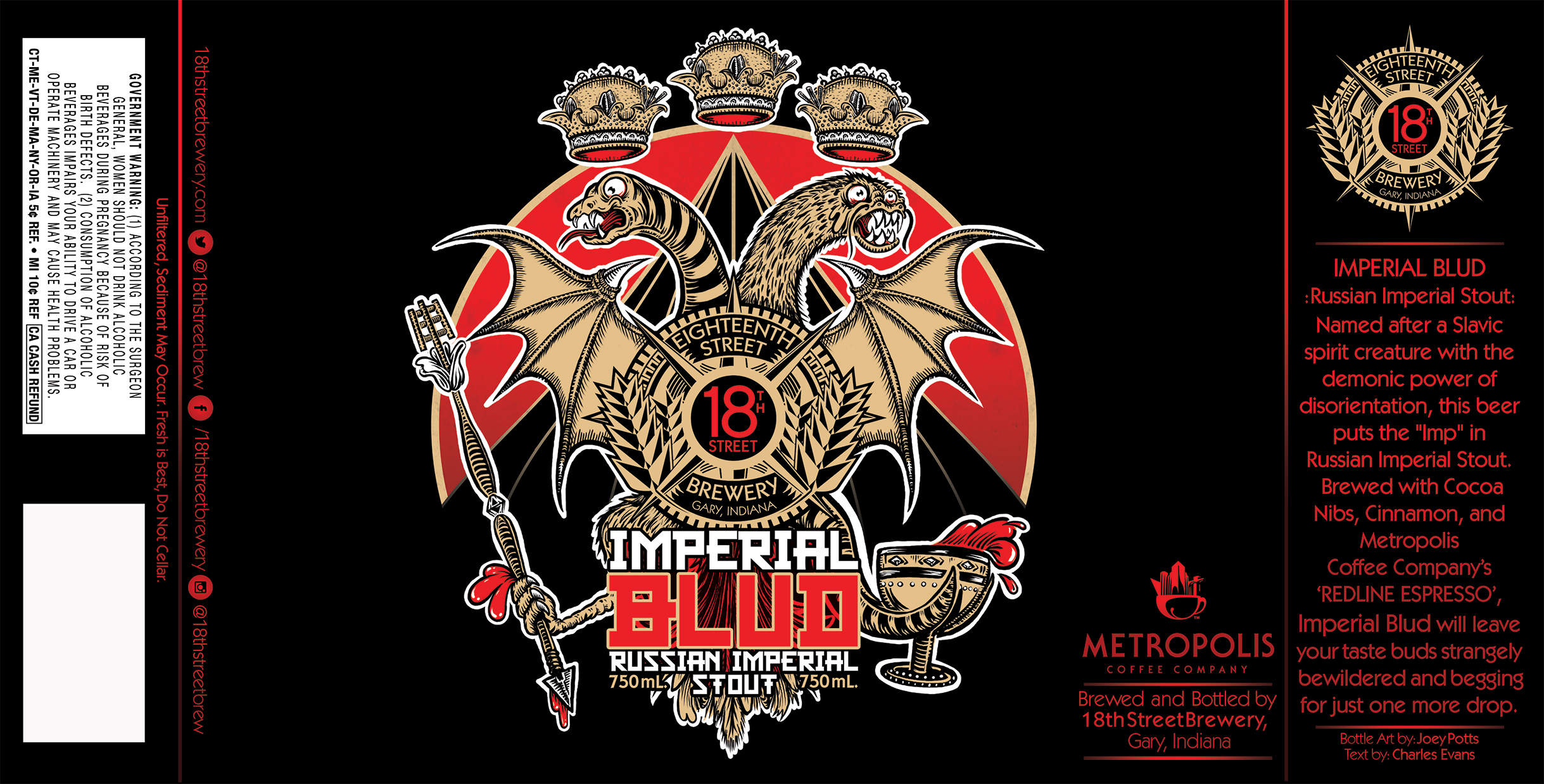 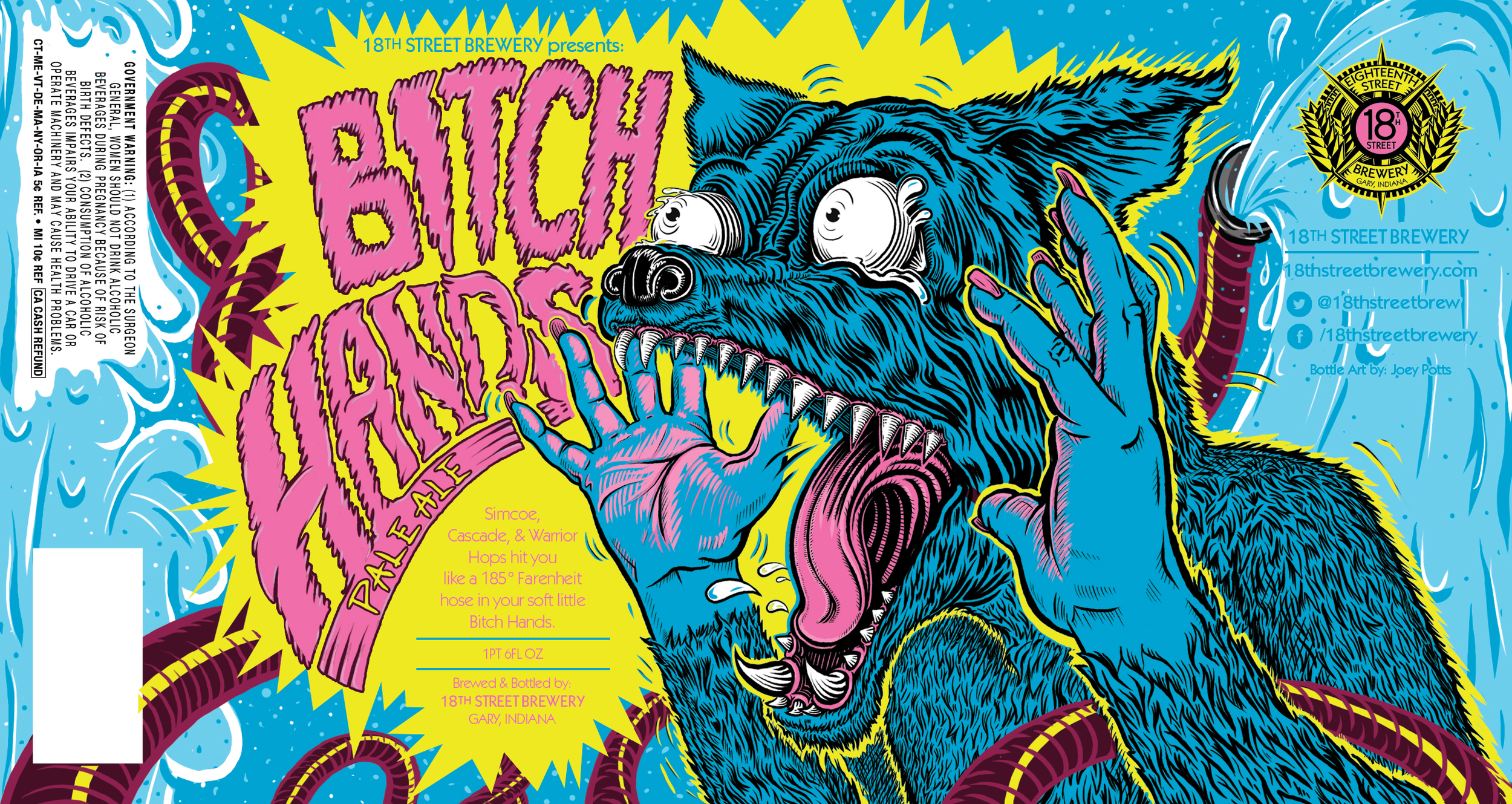 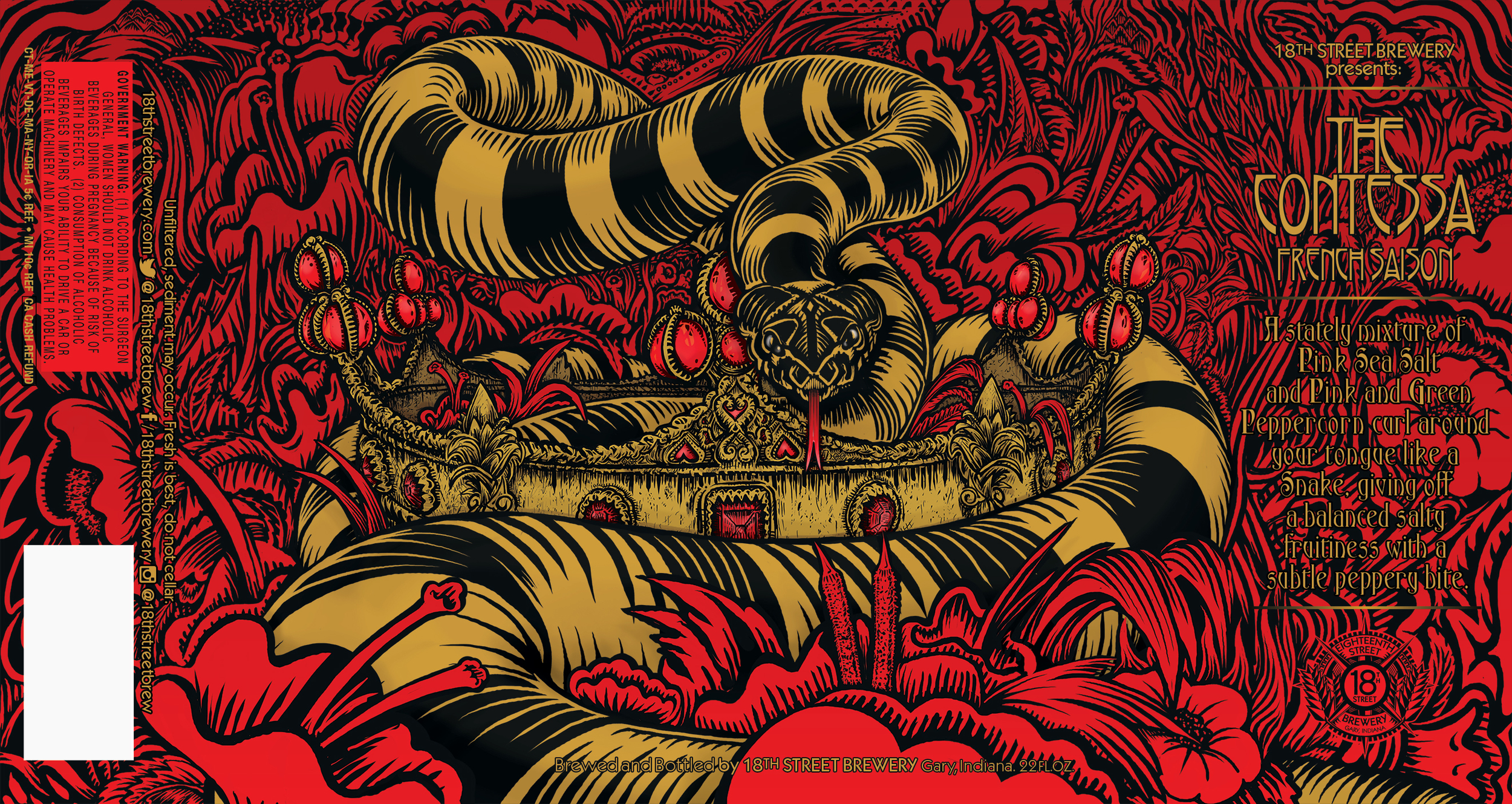 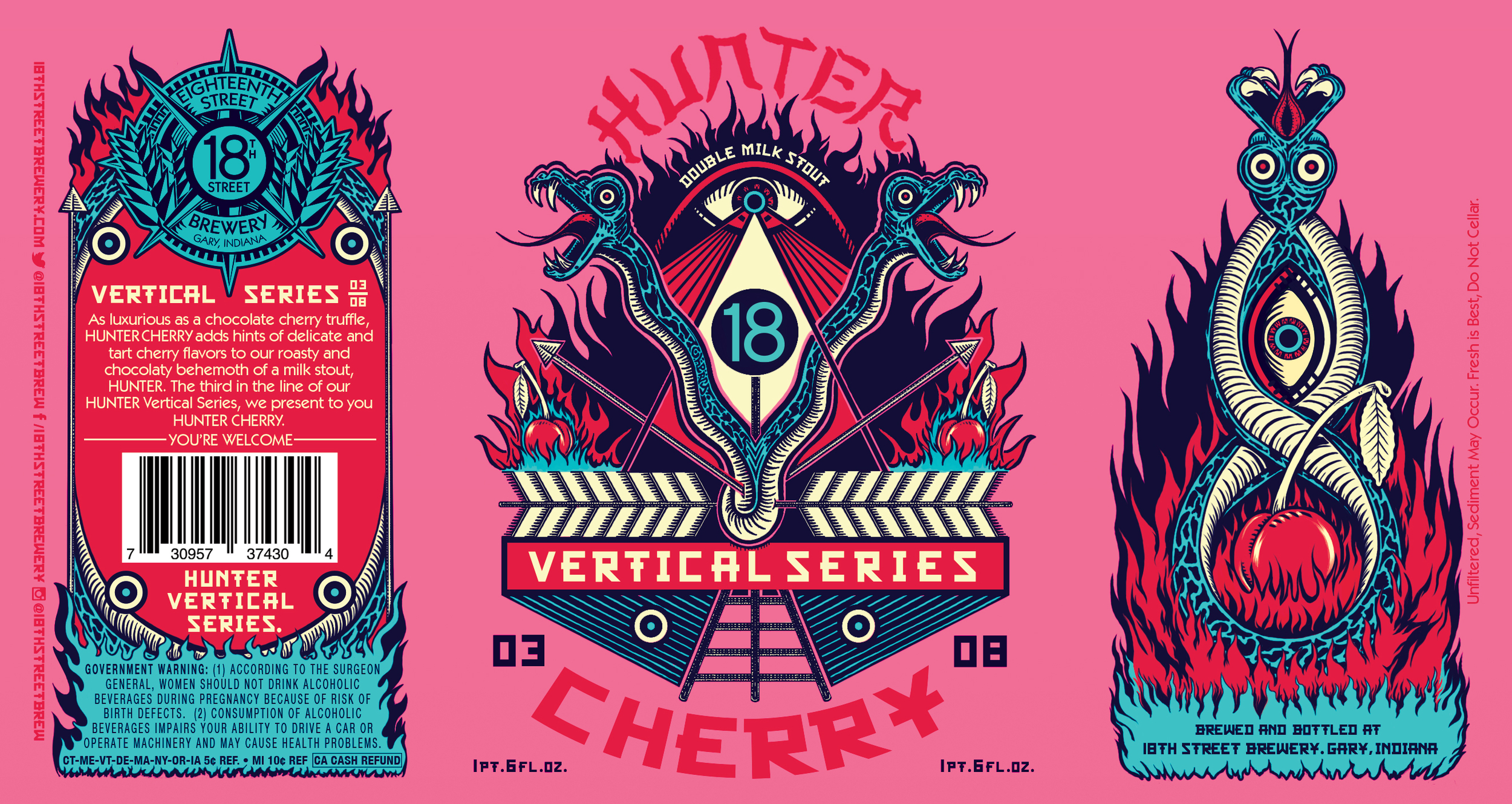 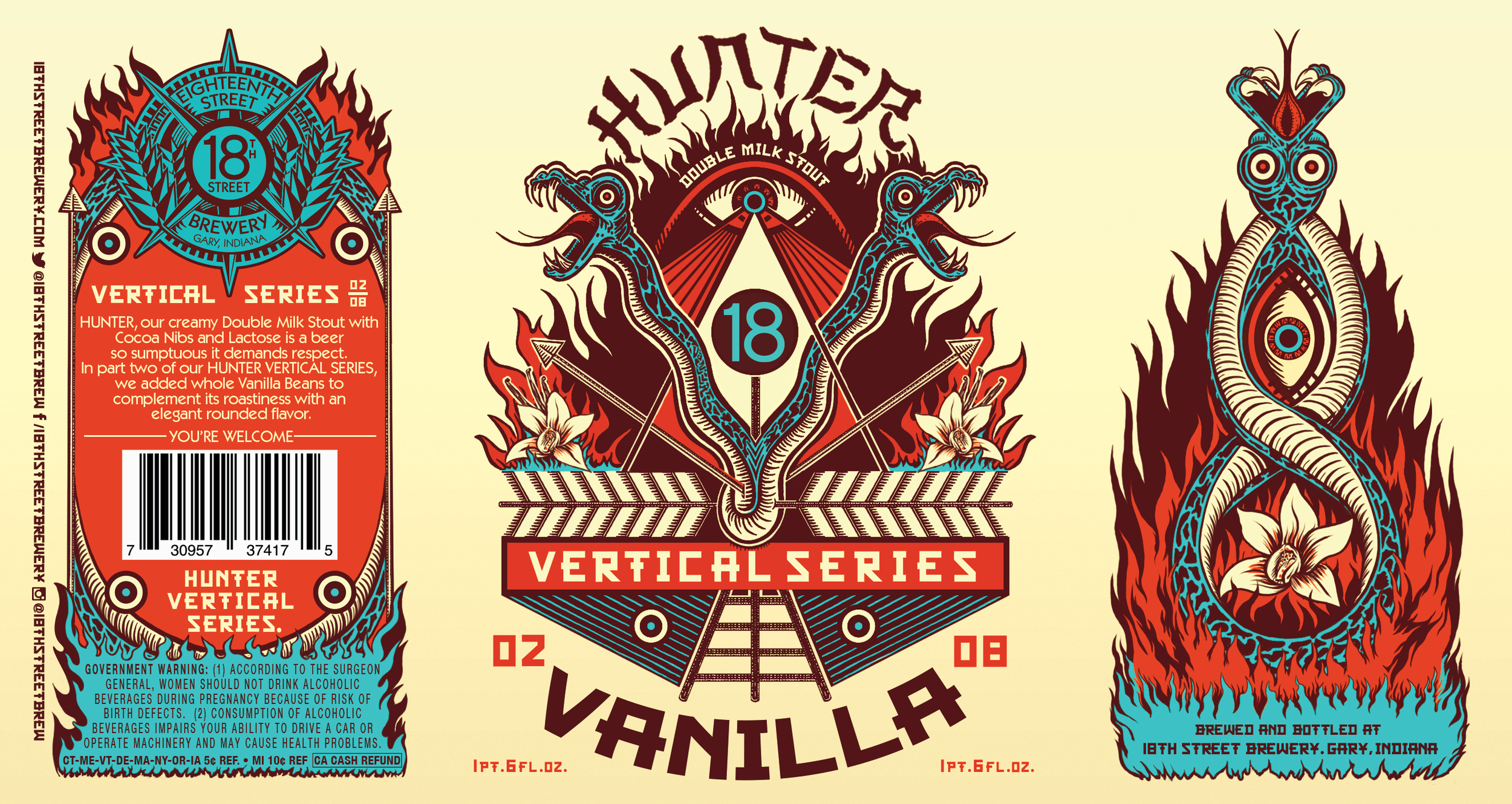 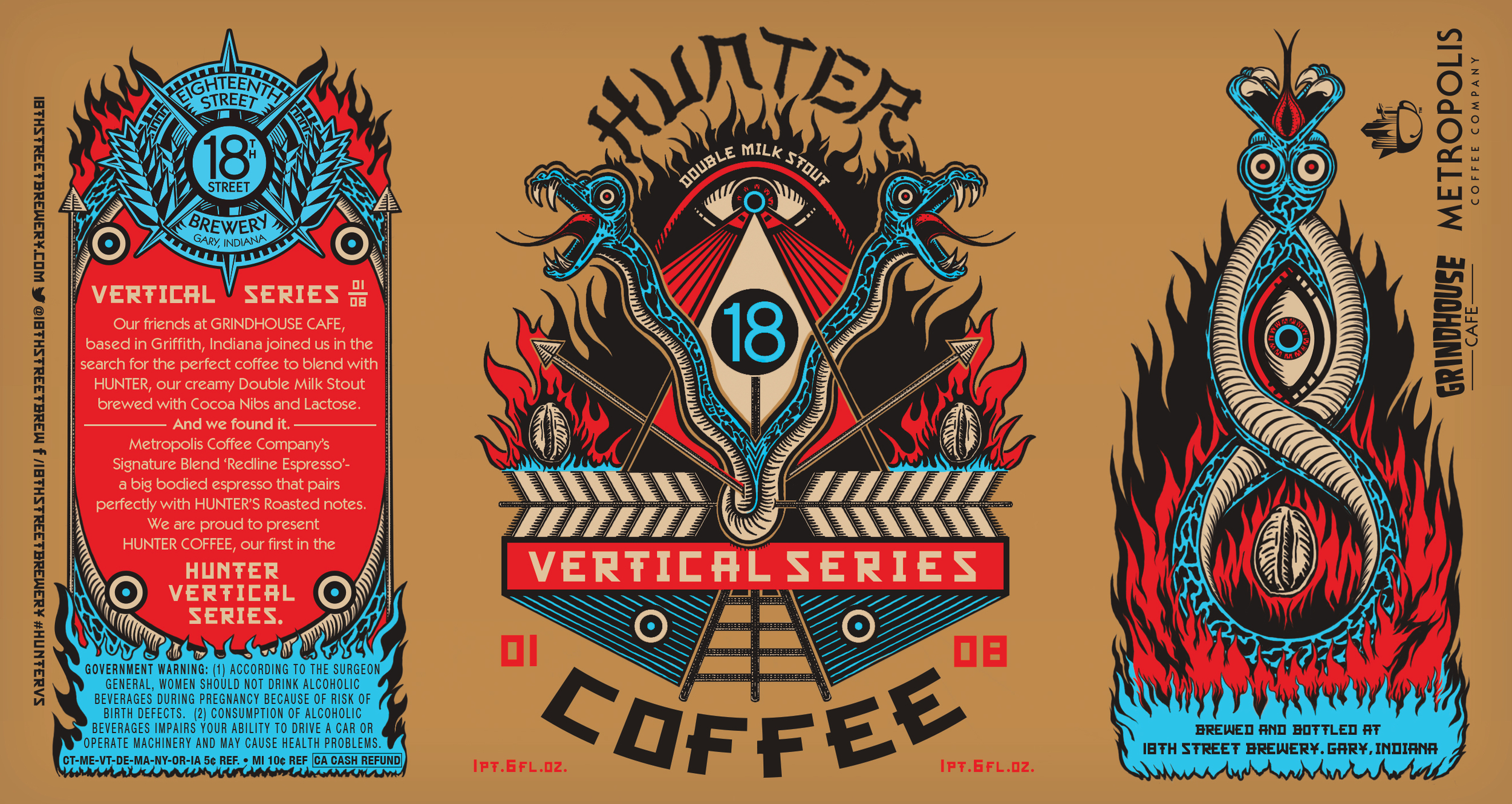 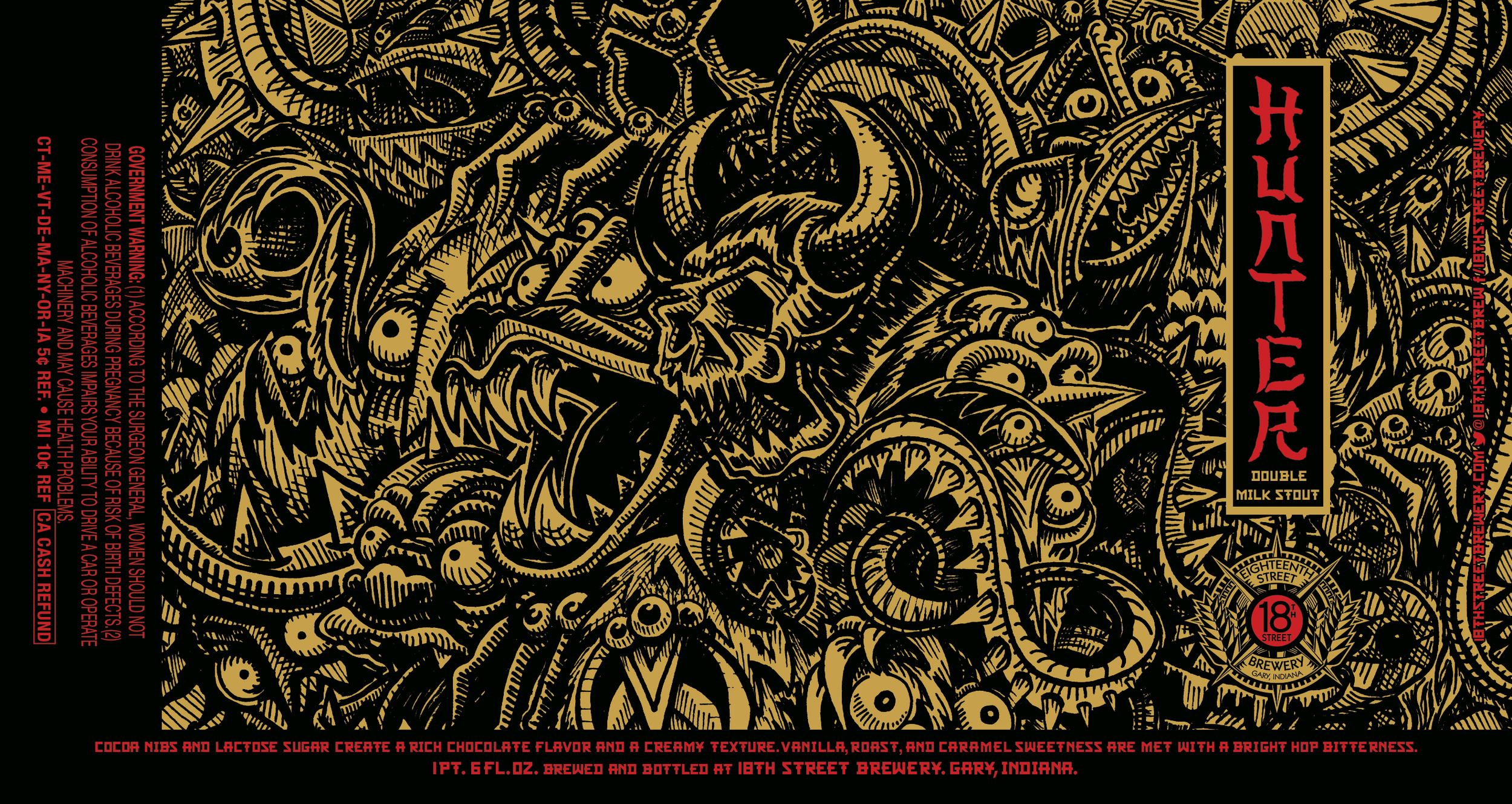 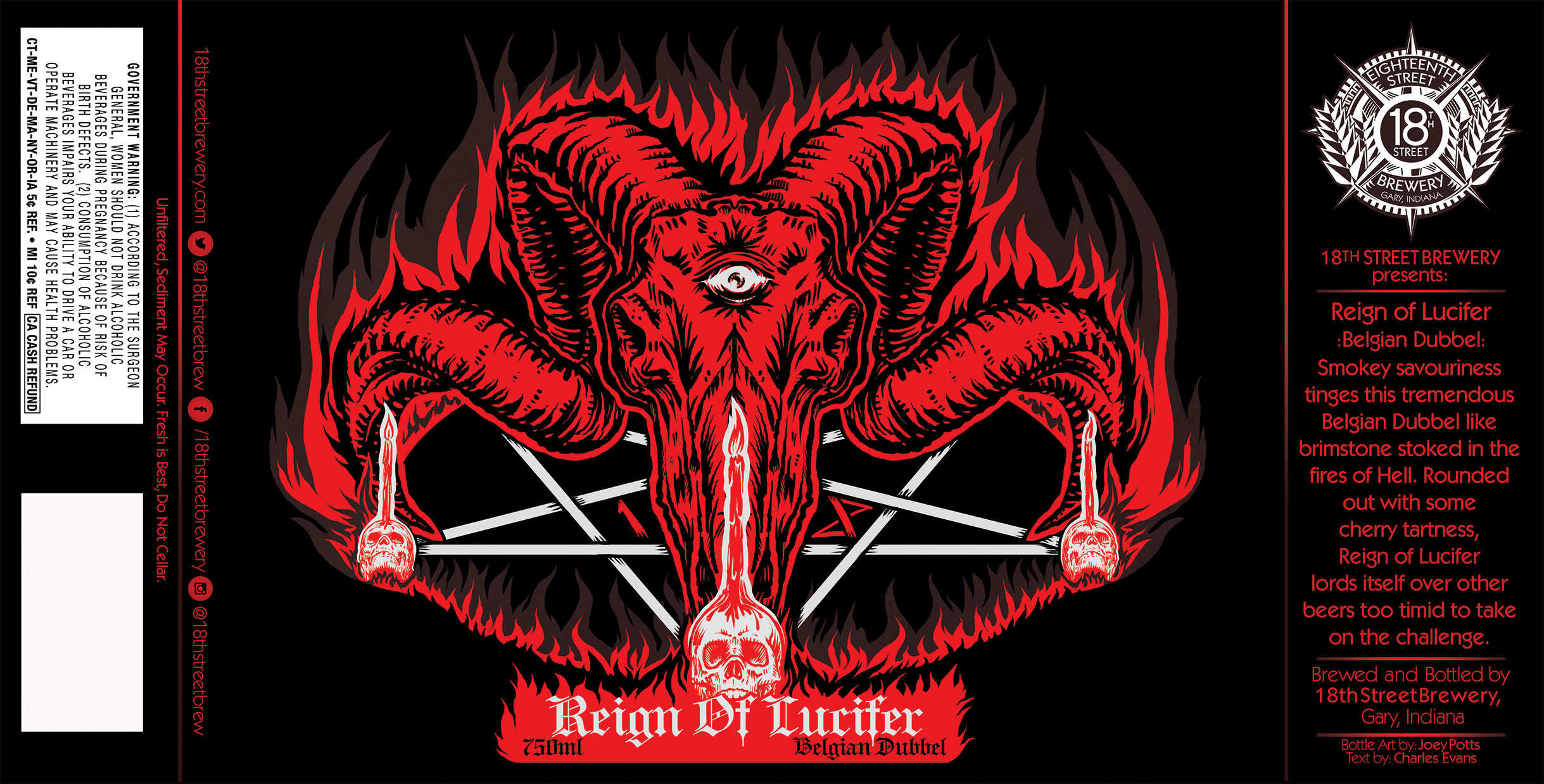 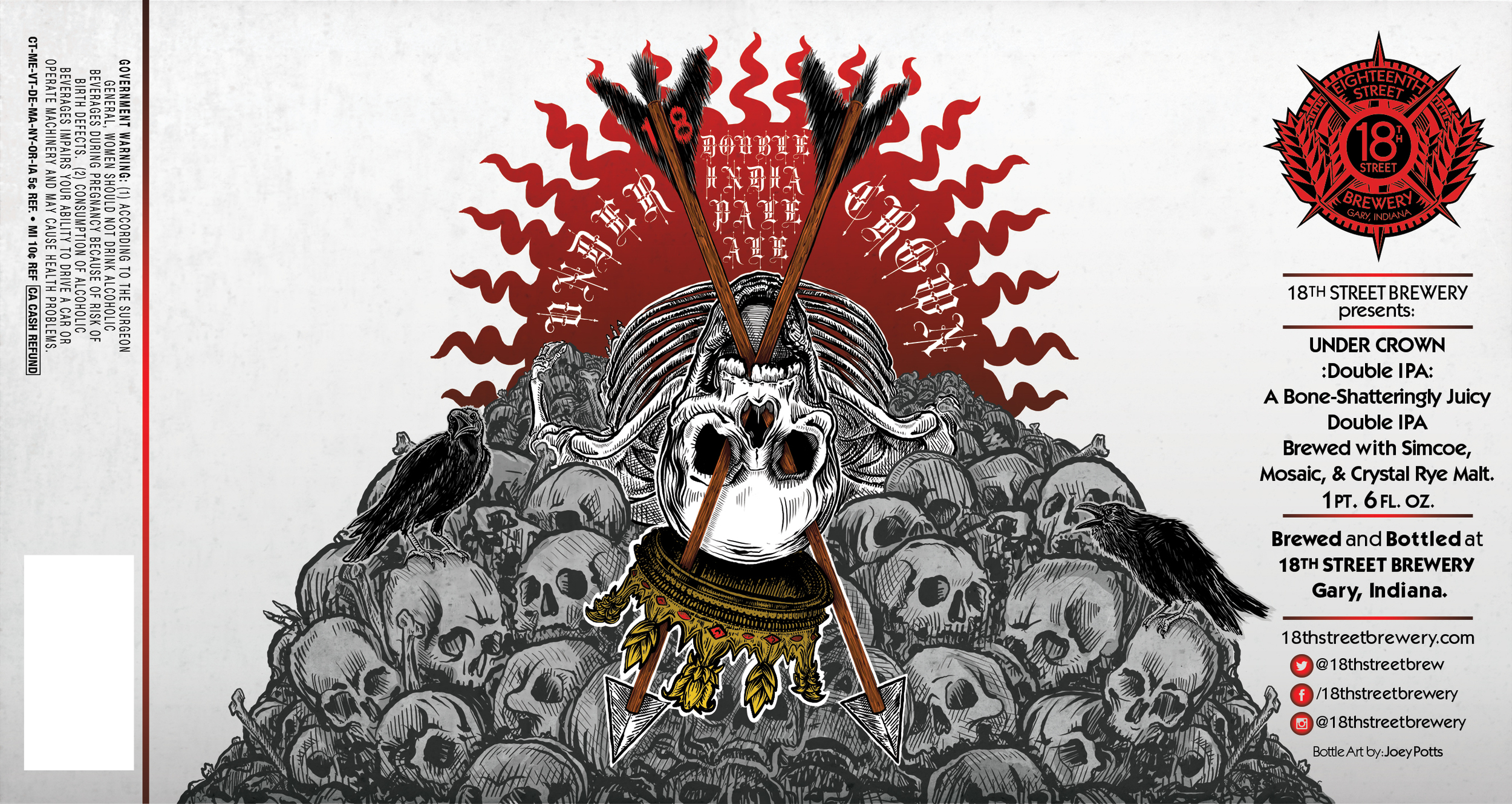 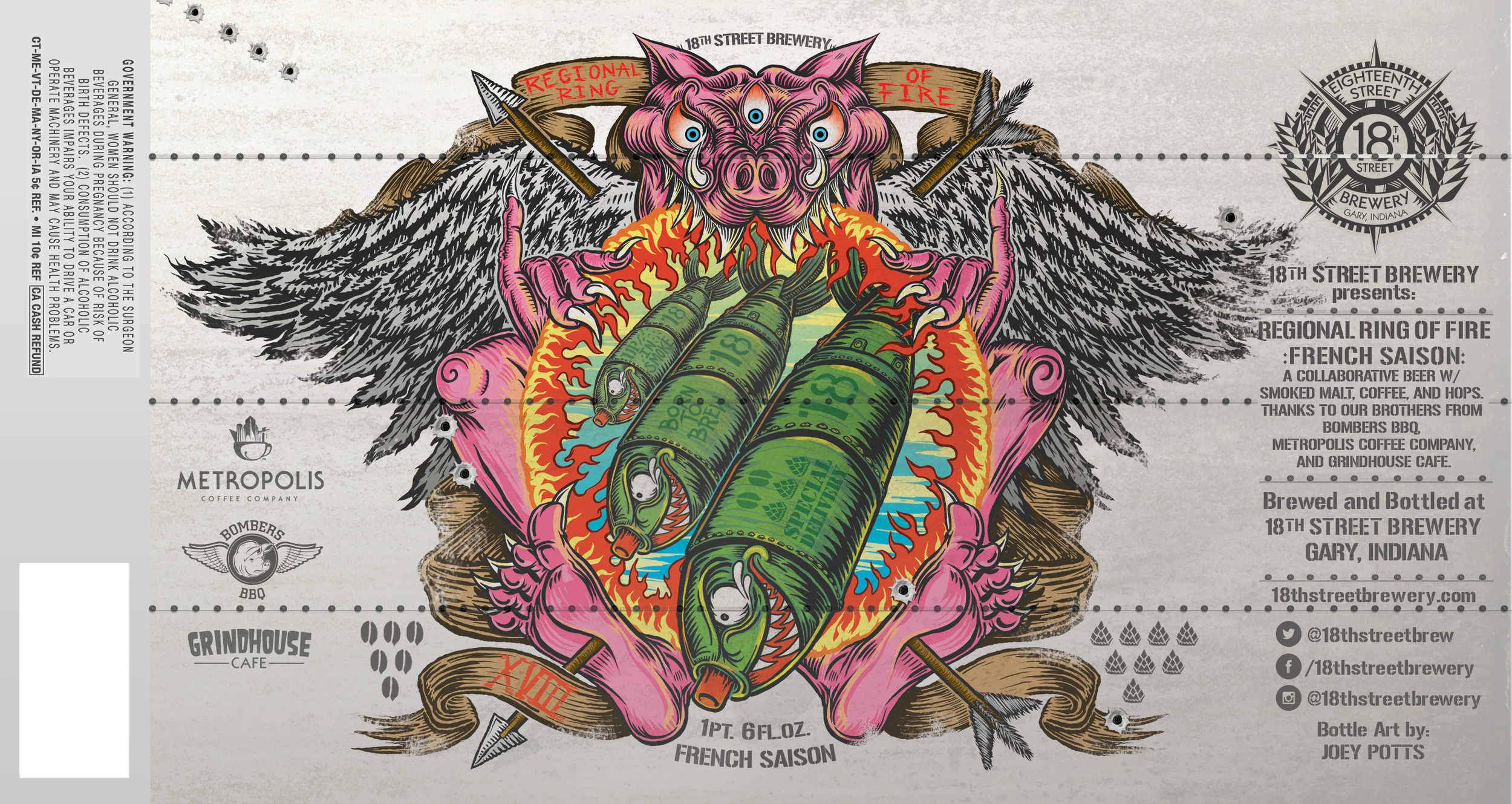