Alright, not beer – but cider this time around. Given it’s seasonality and growing popularity, I think this counts.

A stone’s throw east of Vancouver, lies Memette Lake, British Columbia – and recently-pressed Left Field Cider Company. Founded in 2011 by curious cider-maker Kate Garthwaite, LFCC has built a brand that is distinctly Canadian. In fact, it’s nearly spot-on for what I would imagine a Vancouver-ish cidery to look like: complete with deer and moose illustrations.

The branding and packaging appears to be two-part. The main brand and packaging itself was done by Cory Ripley – while the limited “Cidermaker’s Select” (and website) appears to have been tackled by Vancouver (and very ‘hot right now’) design firm Also Known As. The two entities are definitely different by design, but also noticeably cut from the same cloth…if that makes any sense. Left Field’s overall branding gives off a more rustic and lifestyle tone – while, purposely, the ‘Select’ aims for a more buttoned up feel. 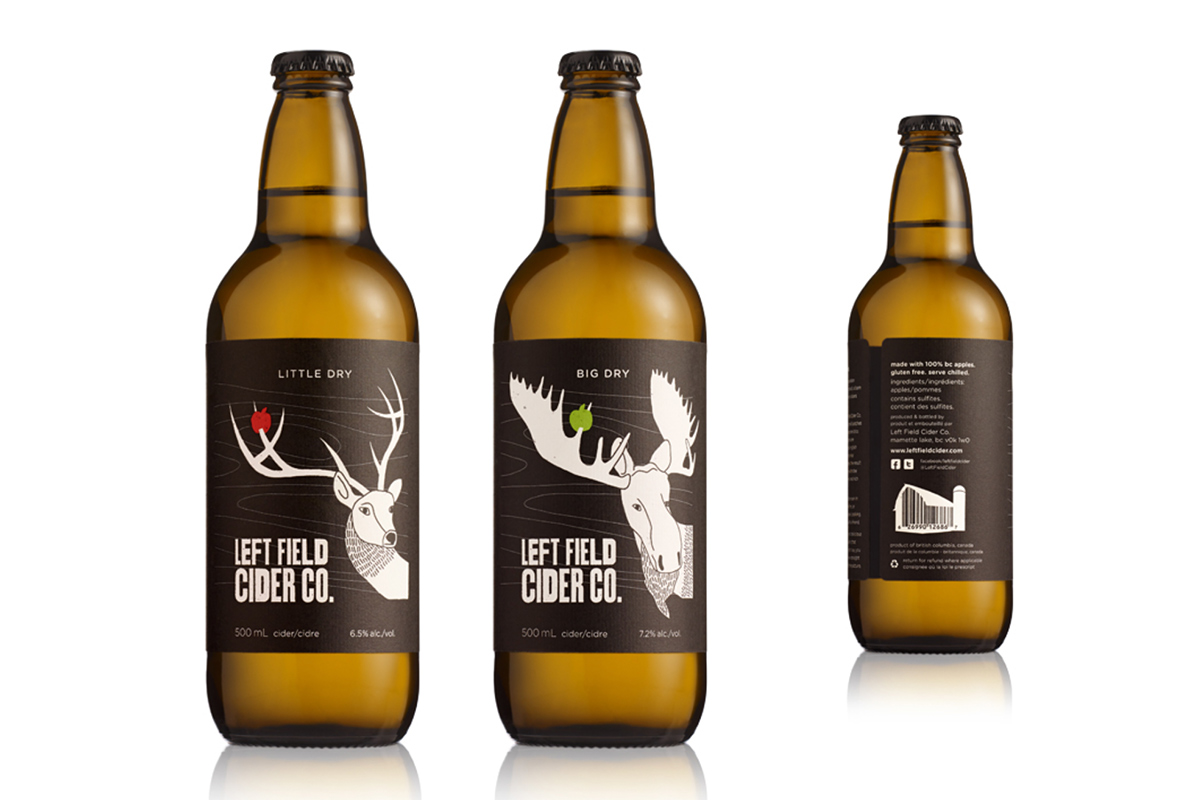 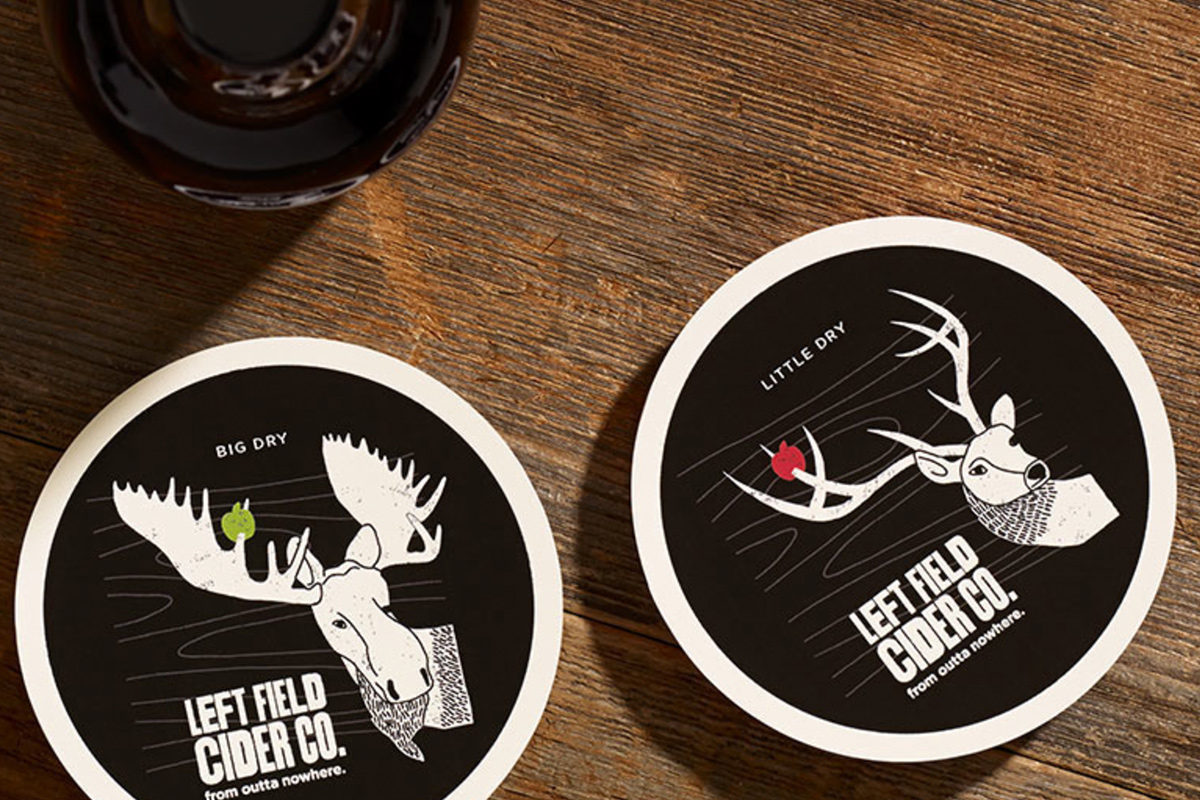 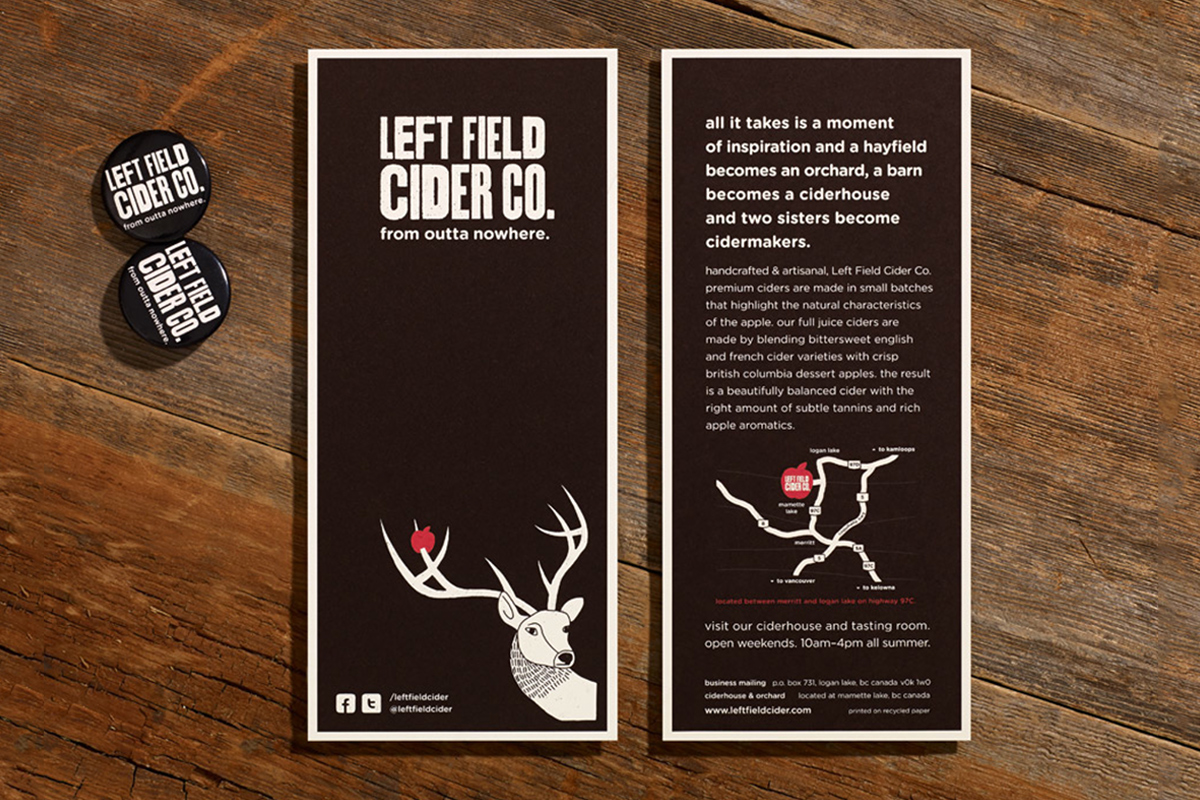 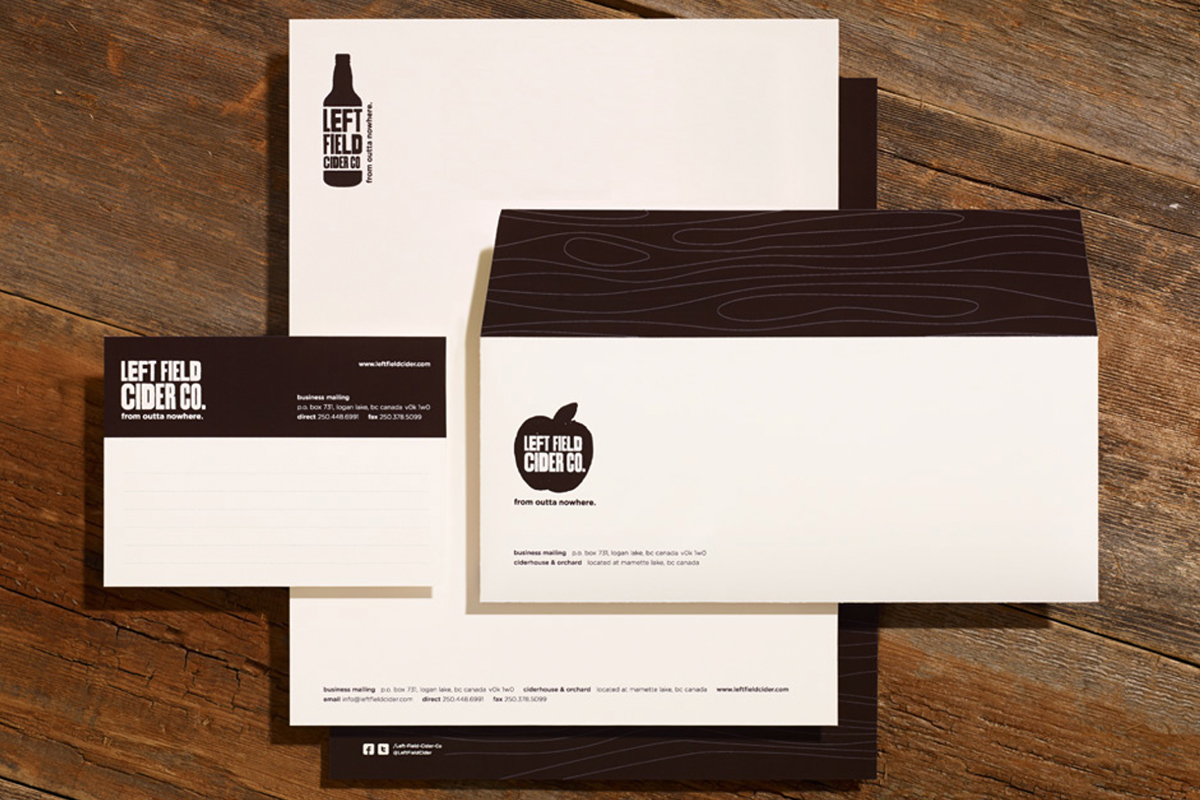 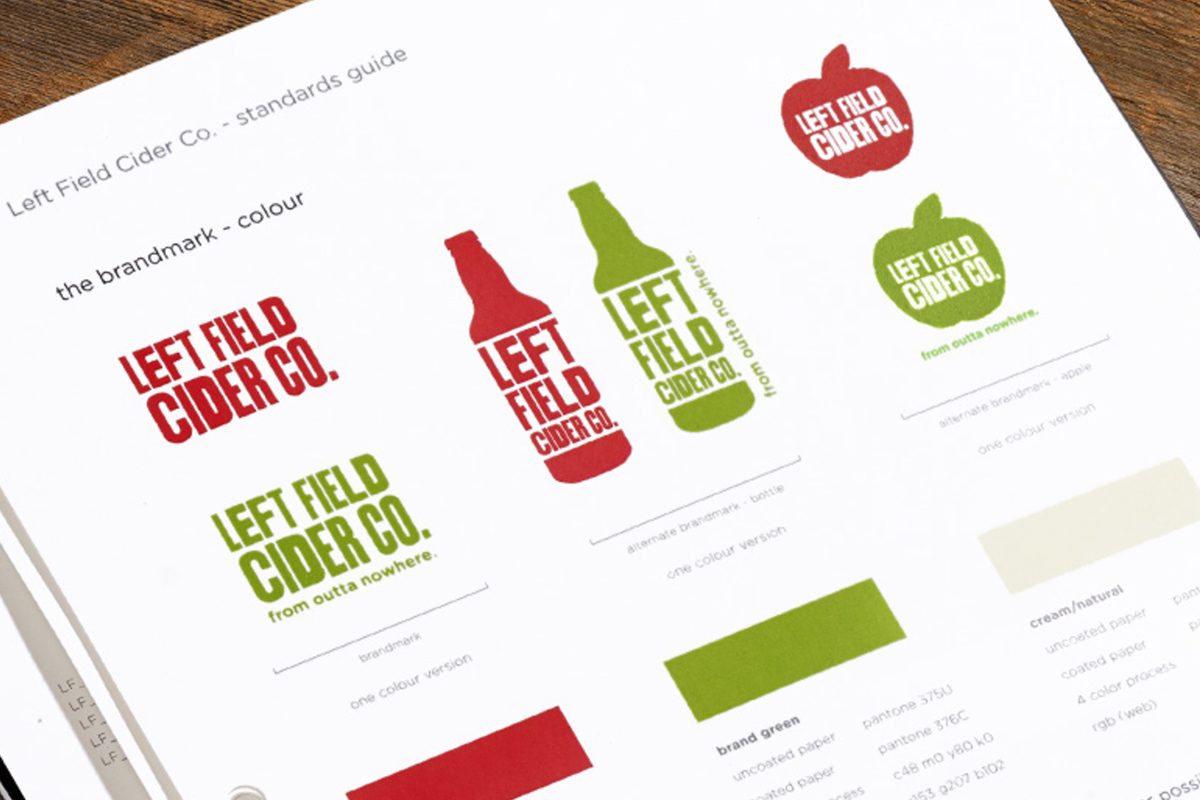 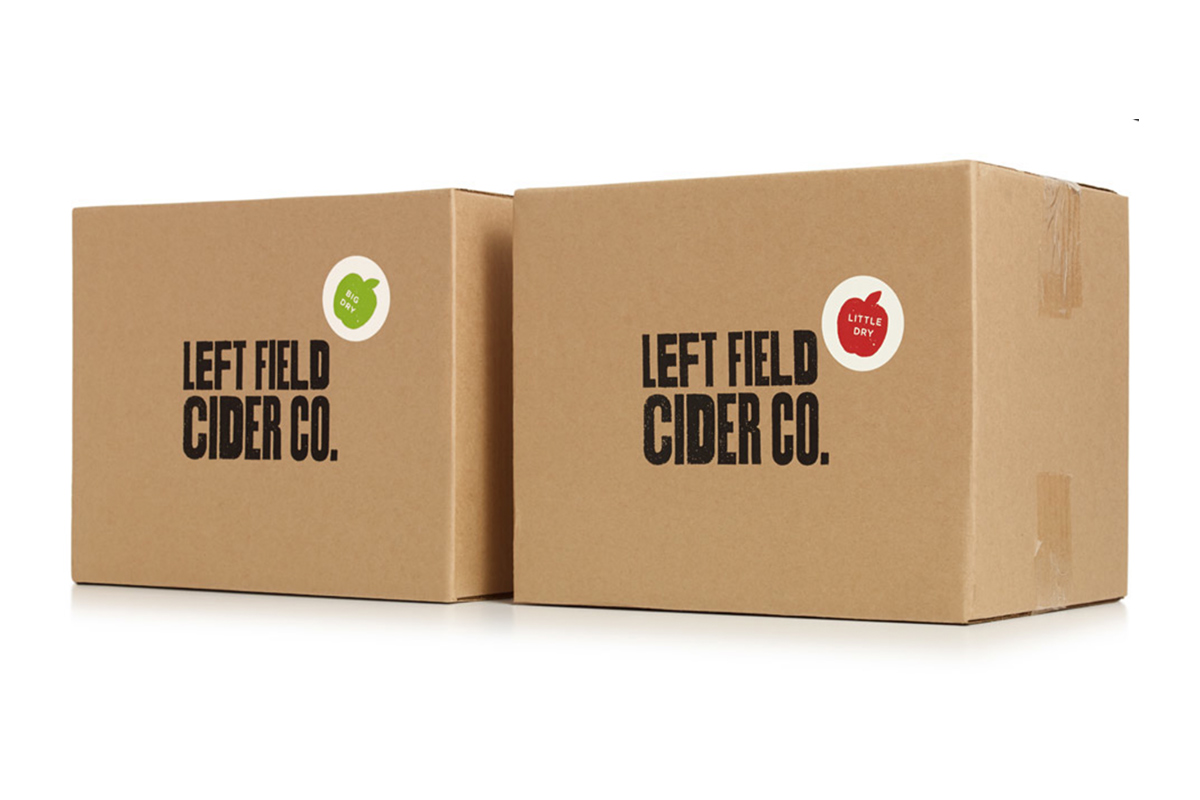 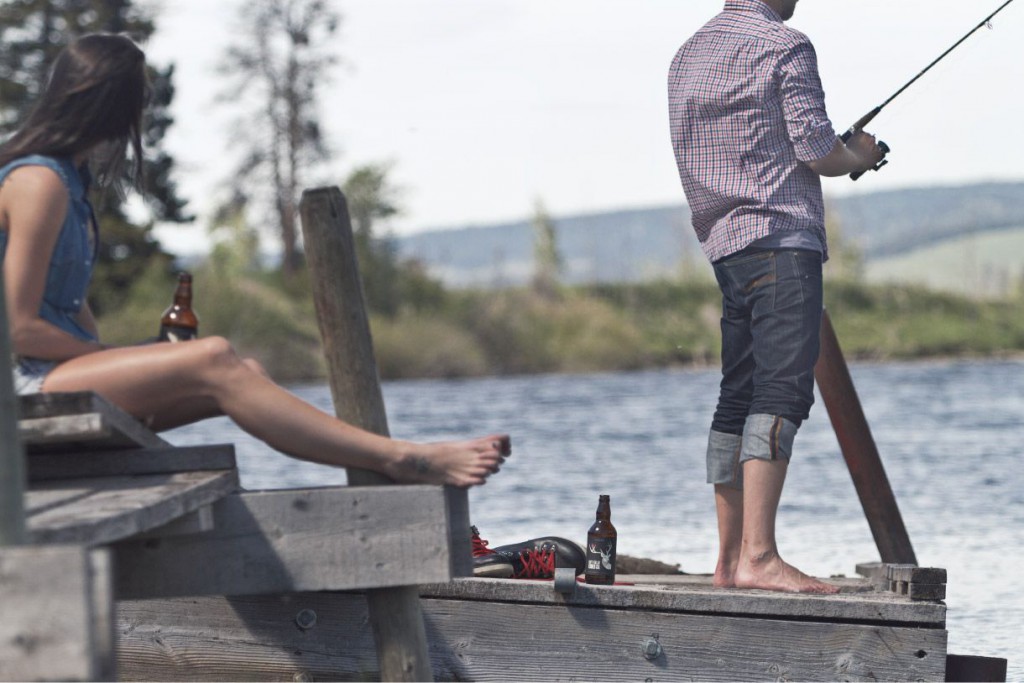 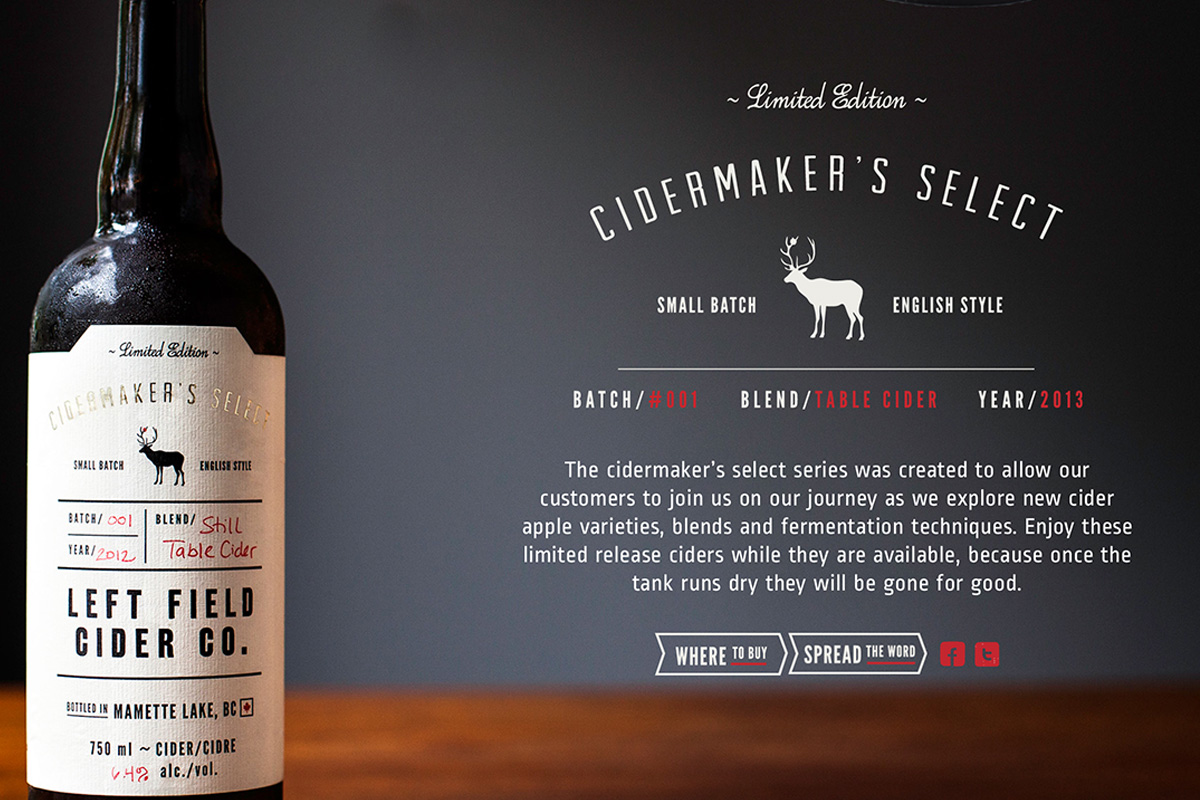 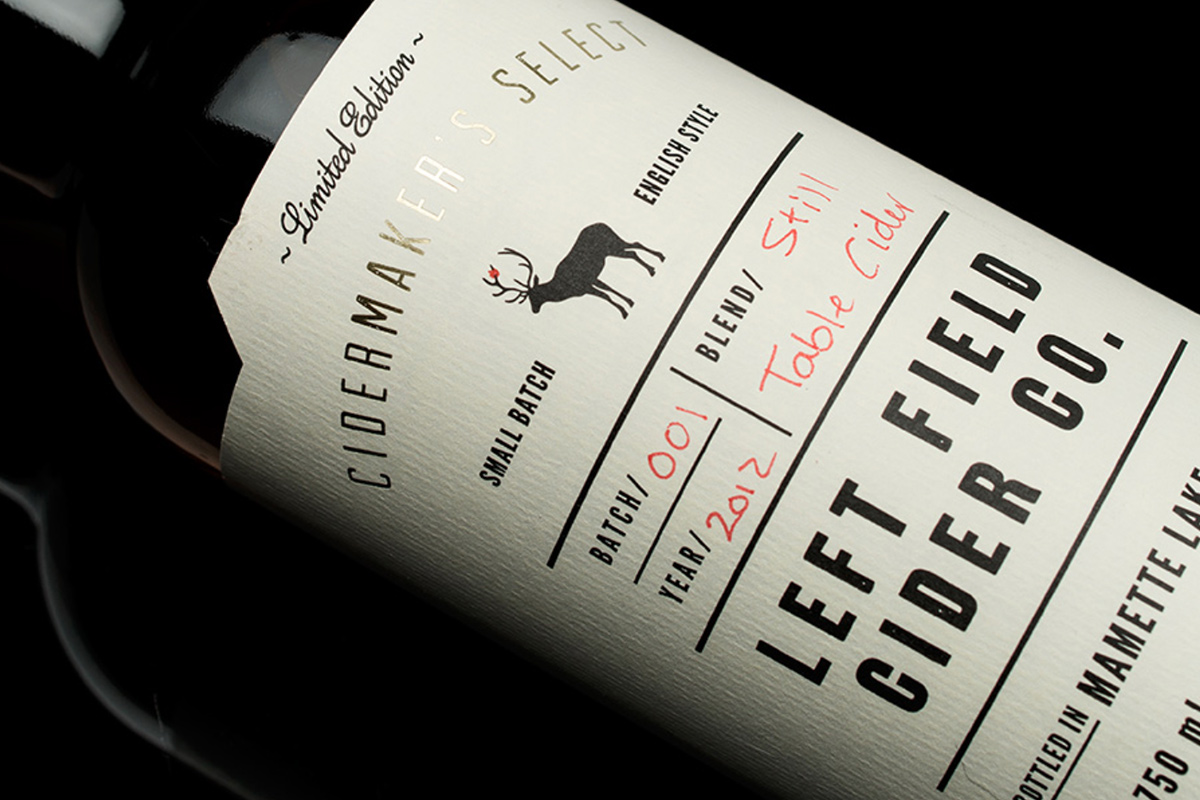 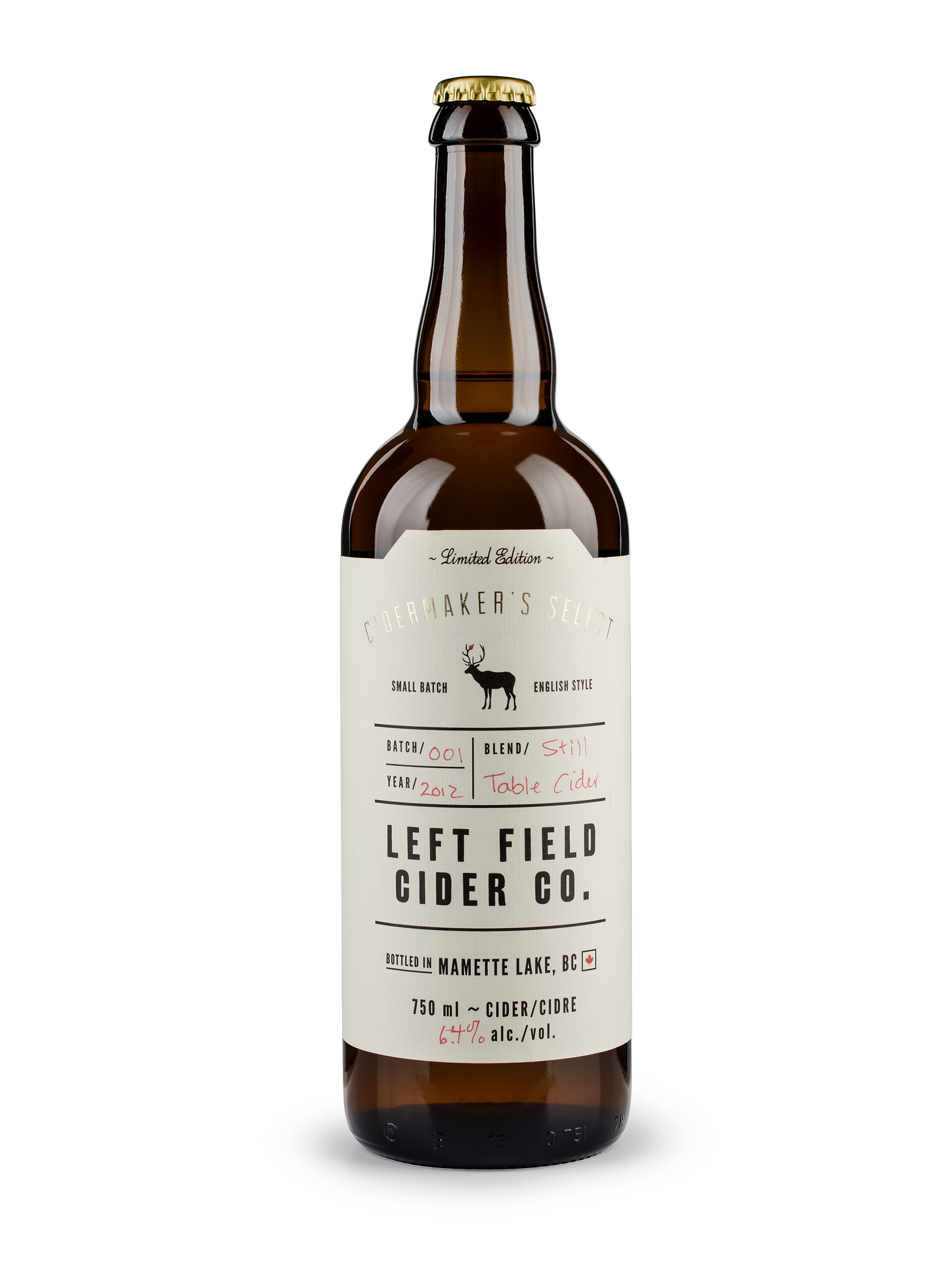 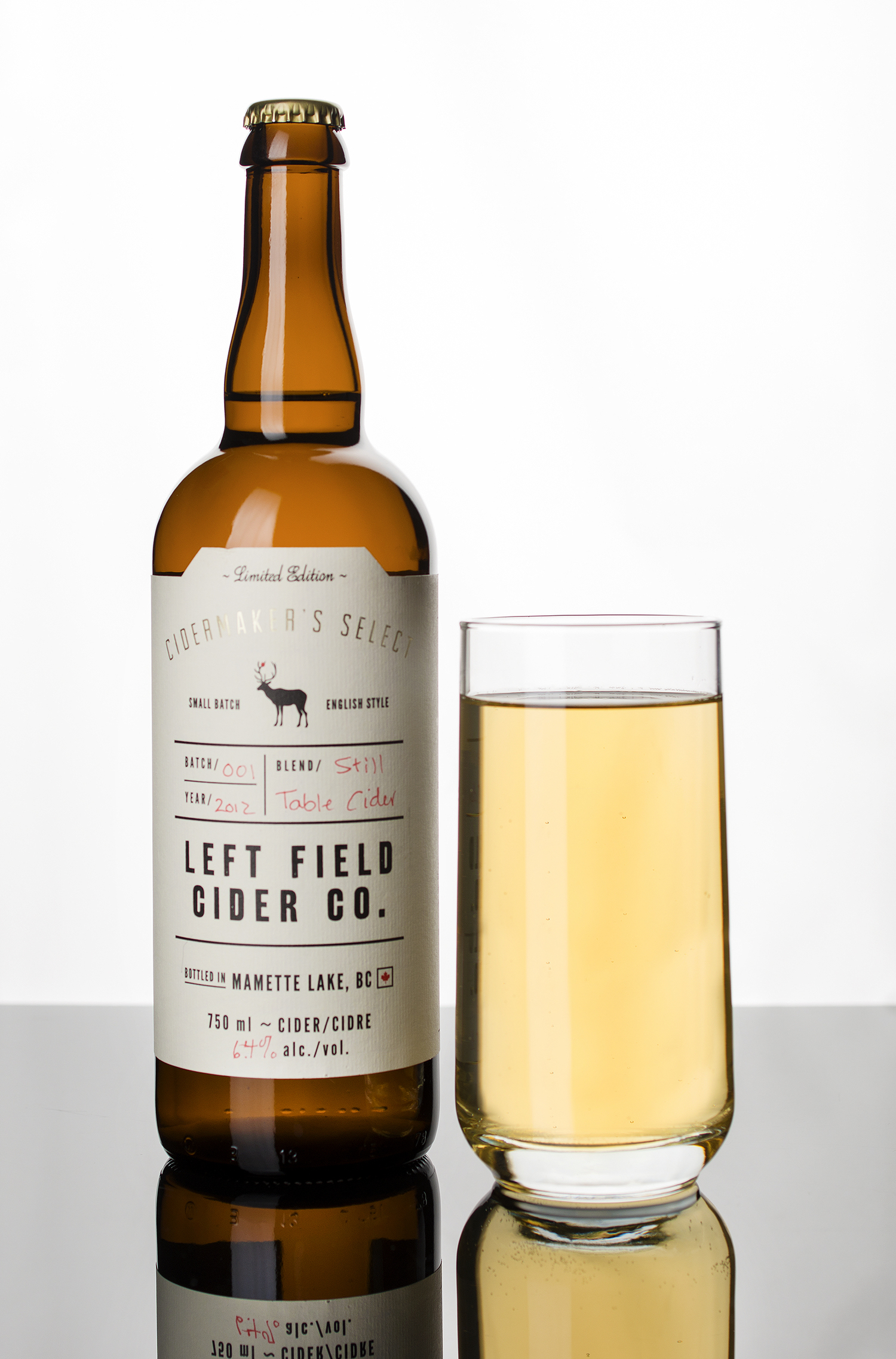 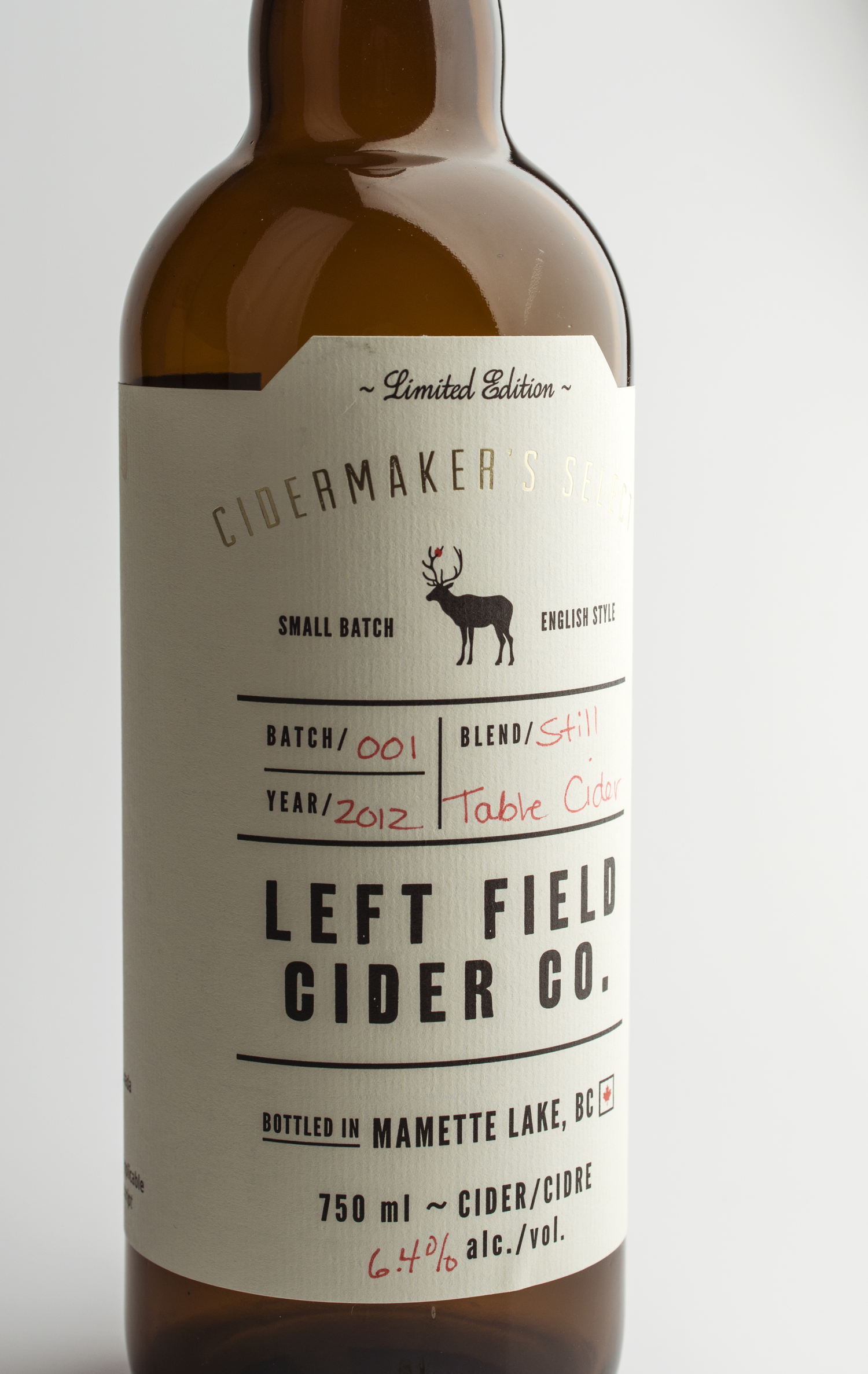