To follow up last week’s “Best New Brewer in Indiana” (18th Street) as our feature, we hone in on the branding from the “Best New Brewer in Illinois.” Ale Syndicate is Logan Square’s brewing crown jewel, housed in part of the Green Exchange campus on Diversey. Although they began as the ‘New Chicago Beer Co.’ and plans for a home on the South Side, they’ve made huge strides not just with their facility, but with their beer portfolio (12 available brews in total). And of course, they have an impressive brand to match. That visual identity was tackled by Chicago firm DesignScout. You might be familiar with DS’s identity work already: The Drinkingbird, Metropolis Coffee and Burger Bar to name a few.

We asked Ale Syndicate Marketing Manager, Abigail Kempf for her insight to the branding effort: “We wanted to convey that Ale Syndicate was uniquely Chicago – classic, but not of any one particular time. Classy, but also approachable and balanced. DesignScout had been recommended to us by a mentor, Tony Dreyfus of Metropolis Coffee. DS had done all their branding and they had been very happy with the strong presence it helped them create in the market. When we started off with design concepts, Scout sought inspiration in imagery from the Labor Movement as that was a key point in the city’s history as well as what beer brands looked like during that time (back when Chicago was a big beer city). In order to keep the brand from feeling too confined within that era, we softened some of the design elements and voilà! We couldn’t be happier with the look and feel of Ale Syndicate – we love seeing it on shelf, in case stacks at Binny’s and Whole Foods and on tap. Plus, thanks to some cool design “Easter eggs”, we have room to expand upon the brand’s imagery as we grow.” 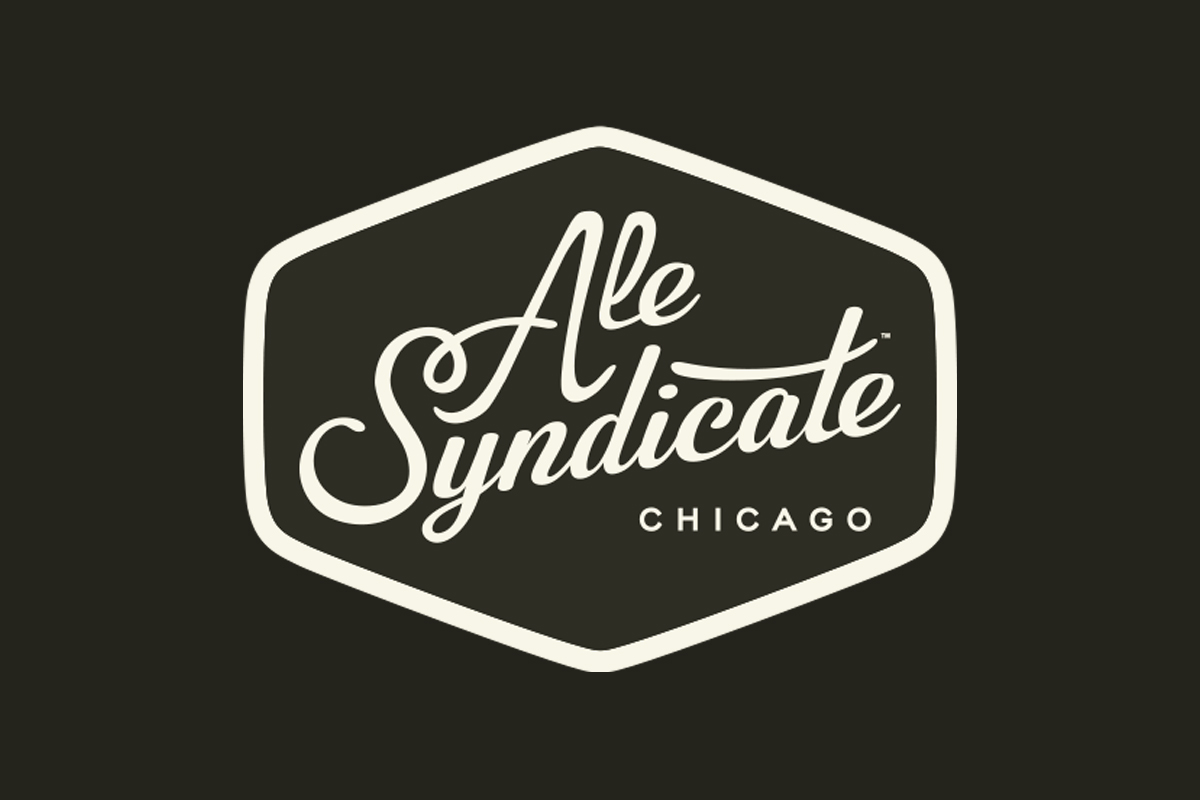 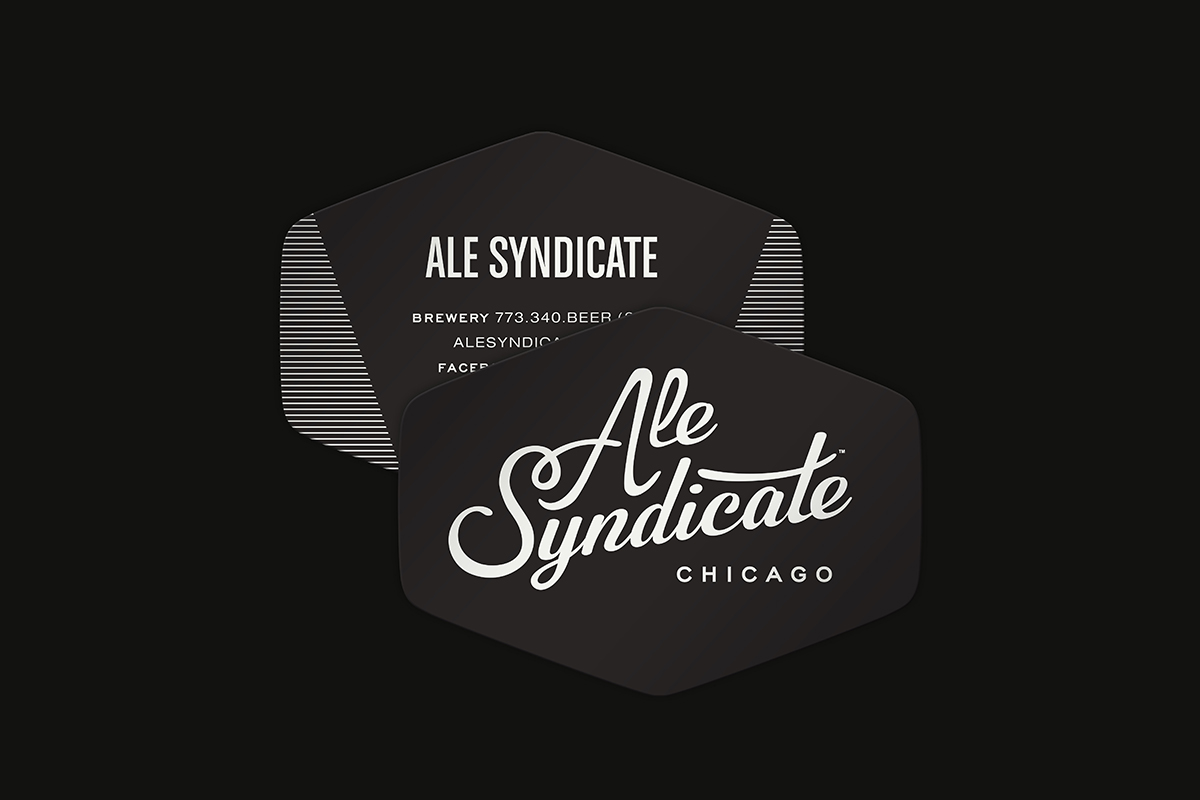 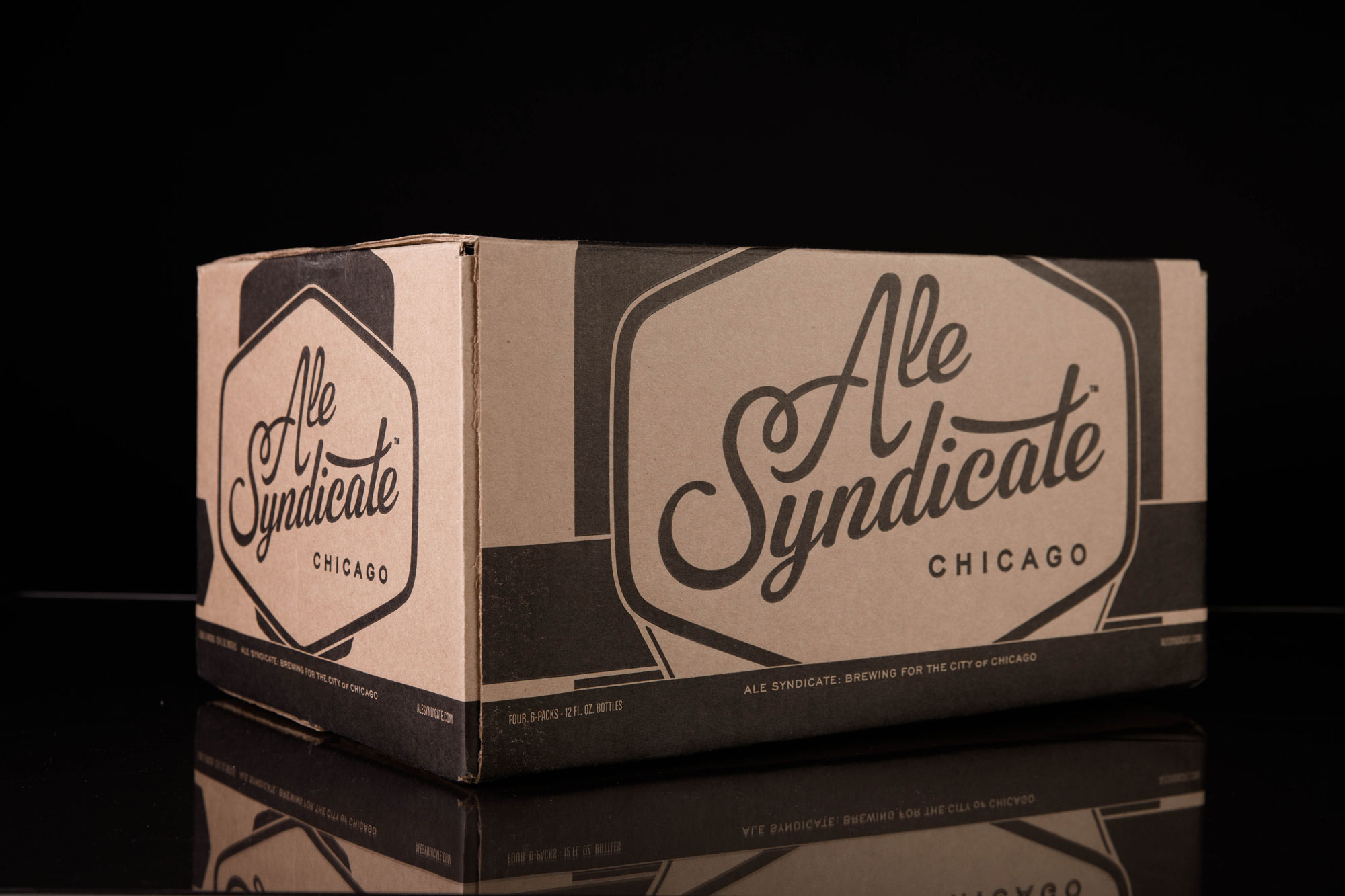 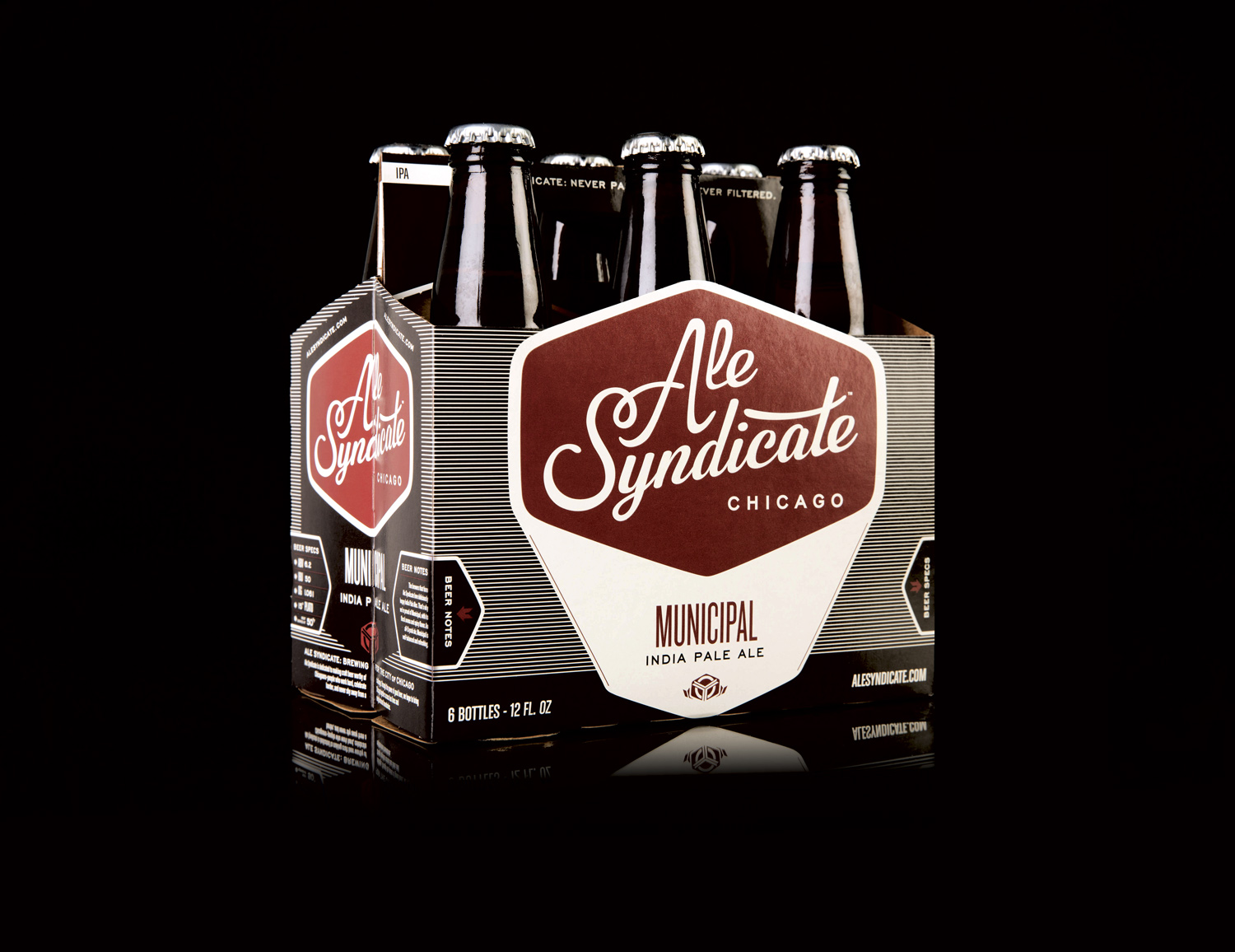 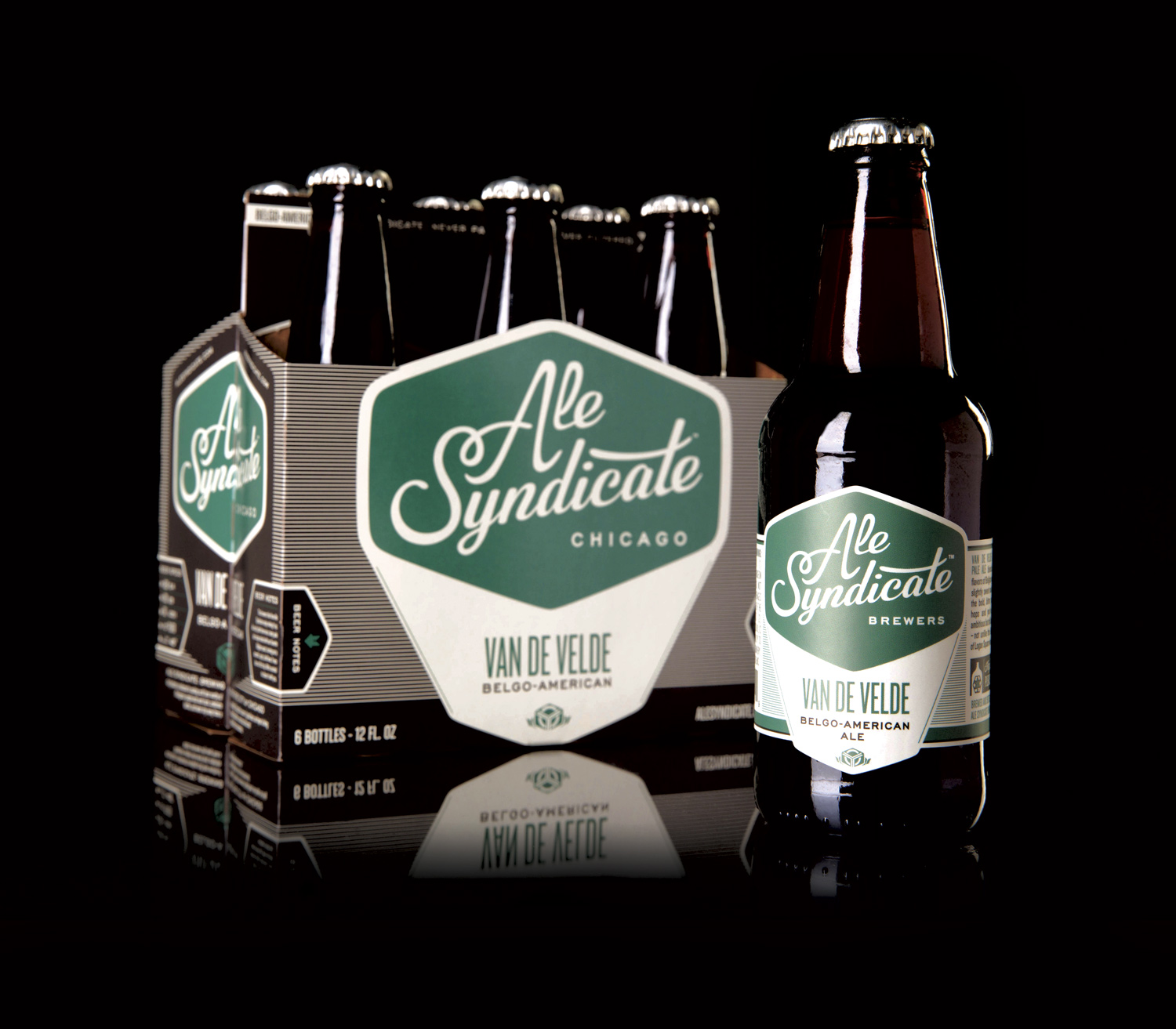 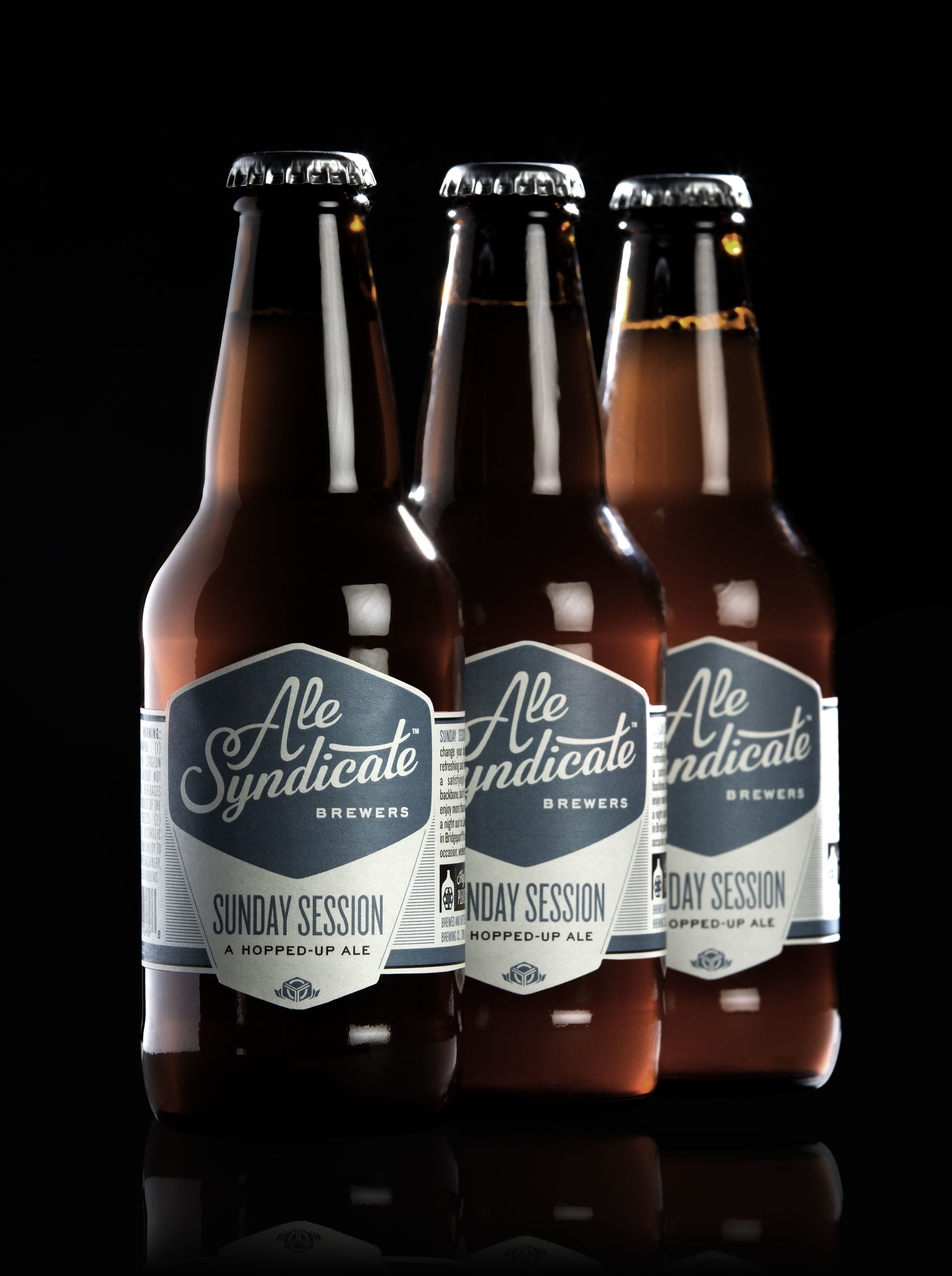 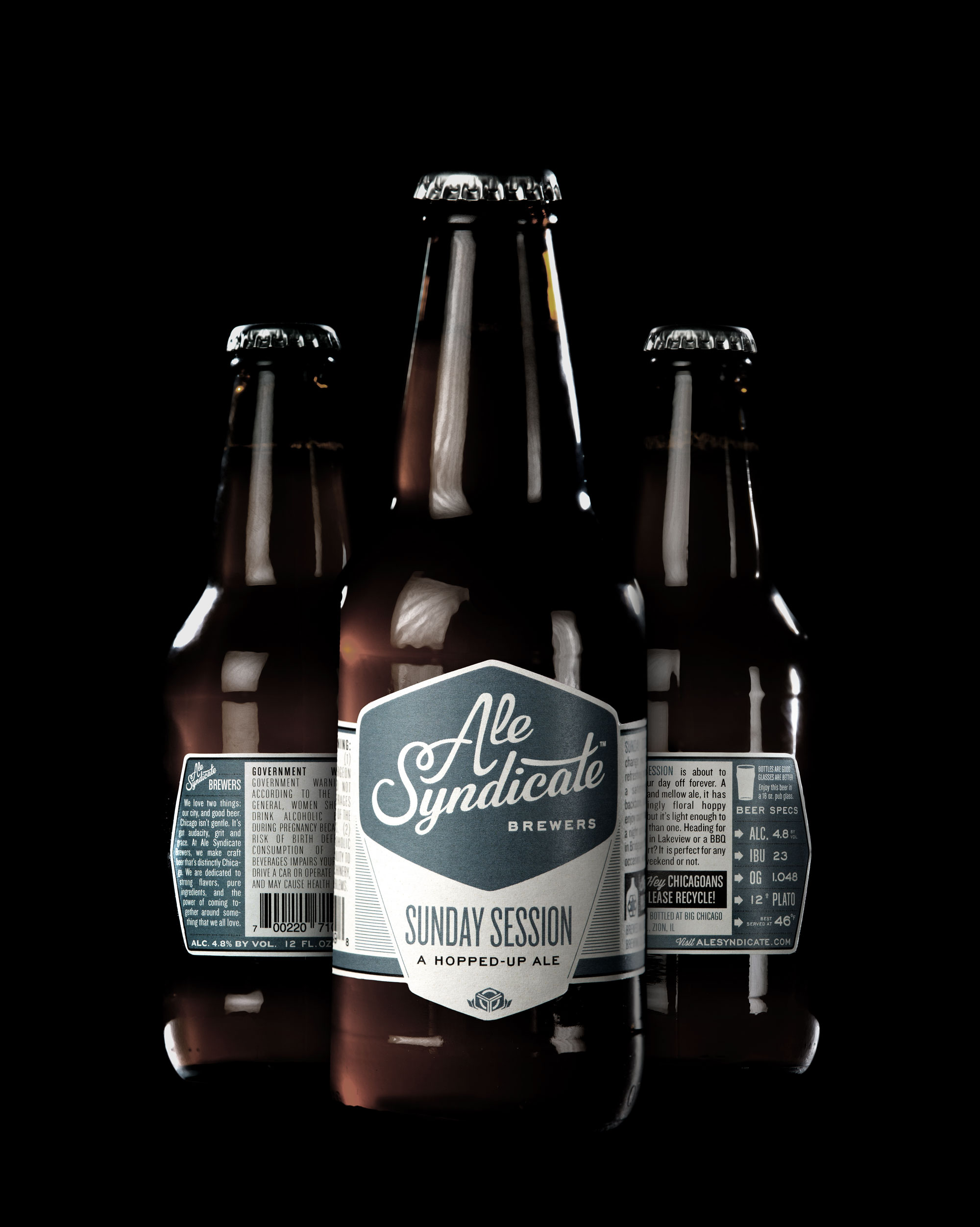 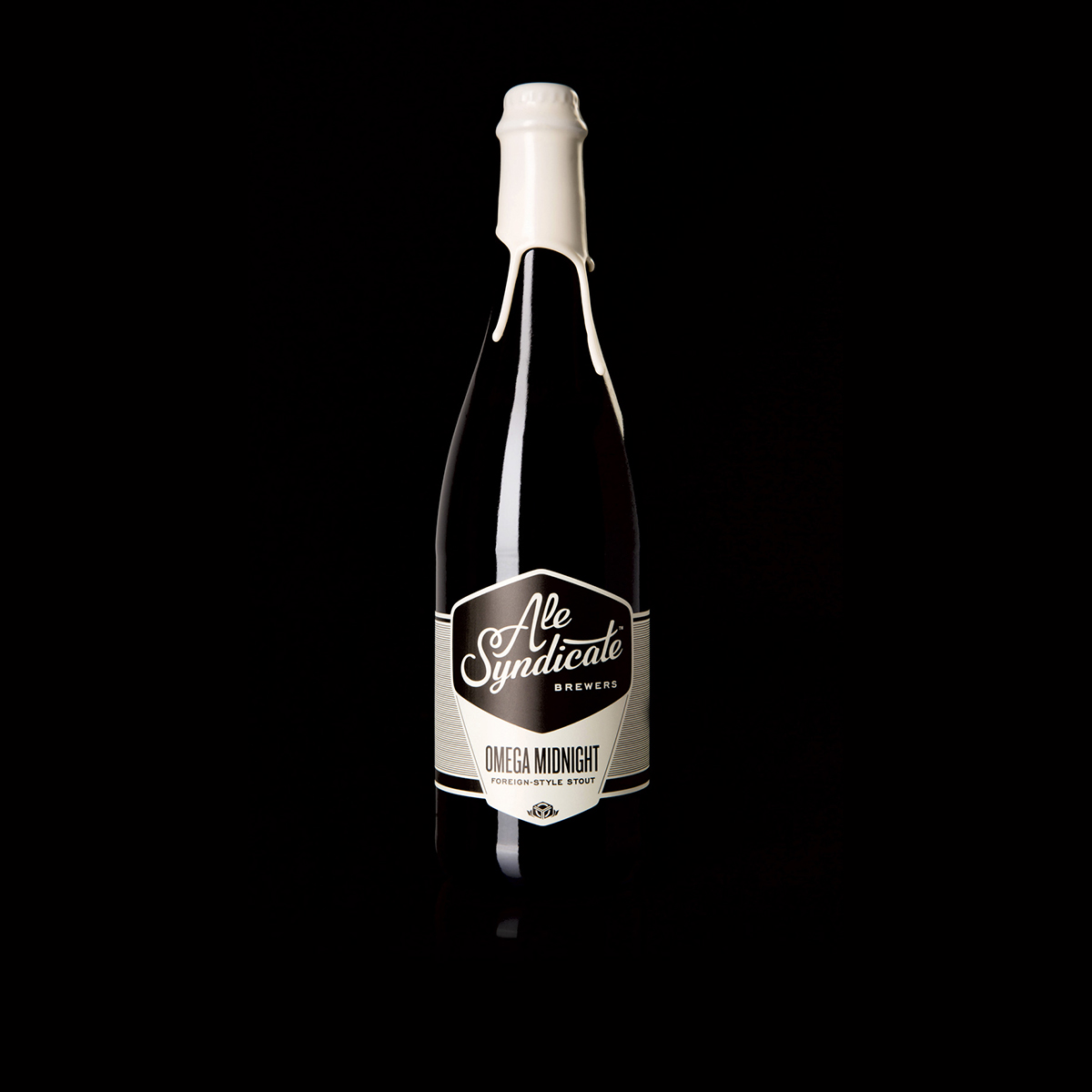 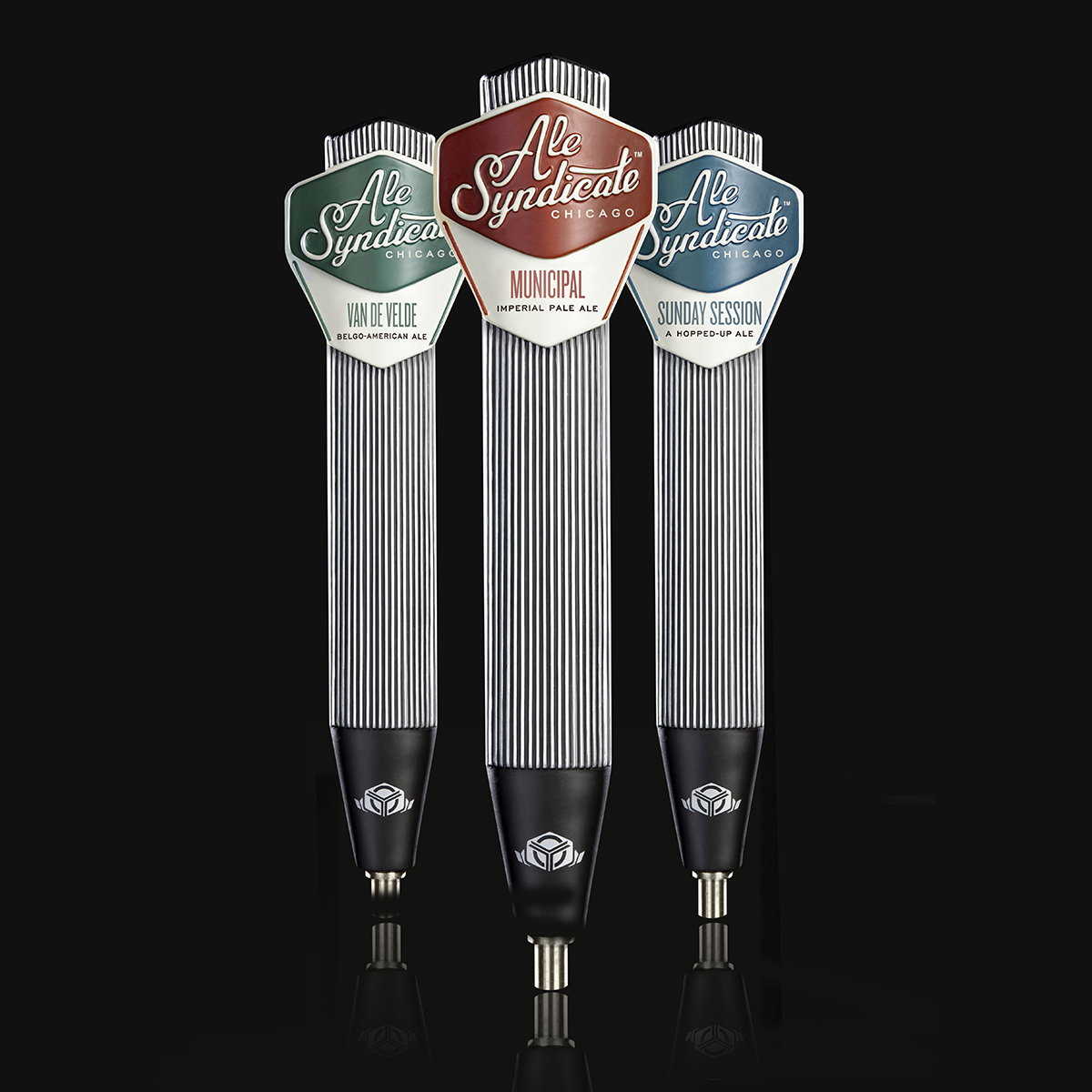 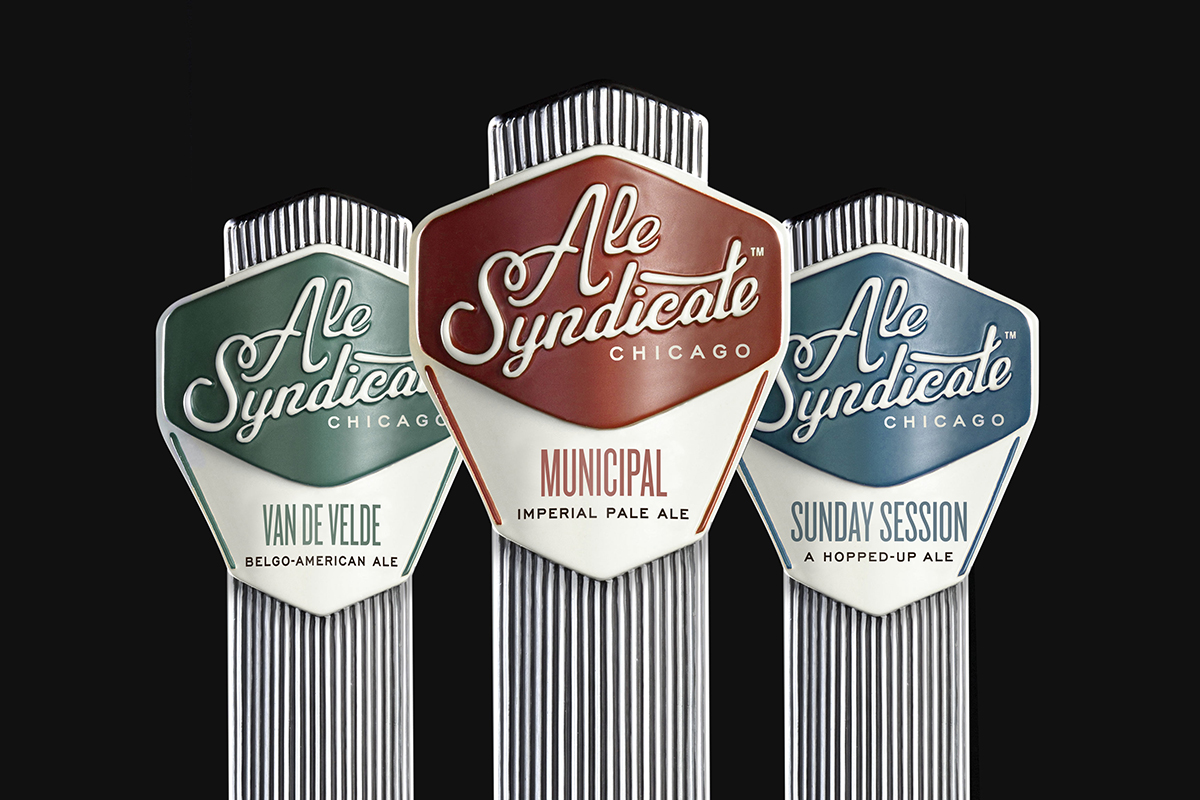 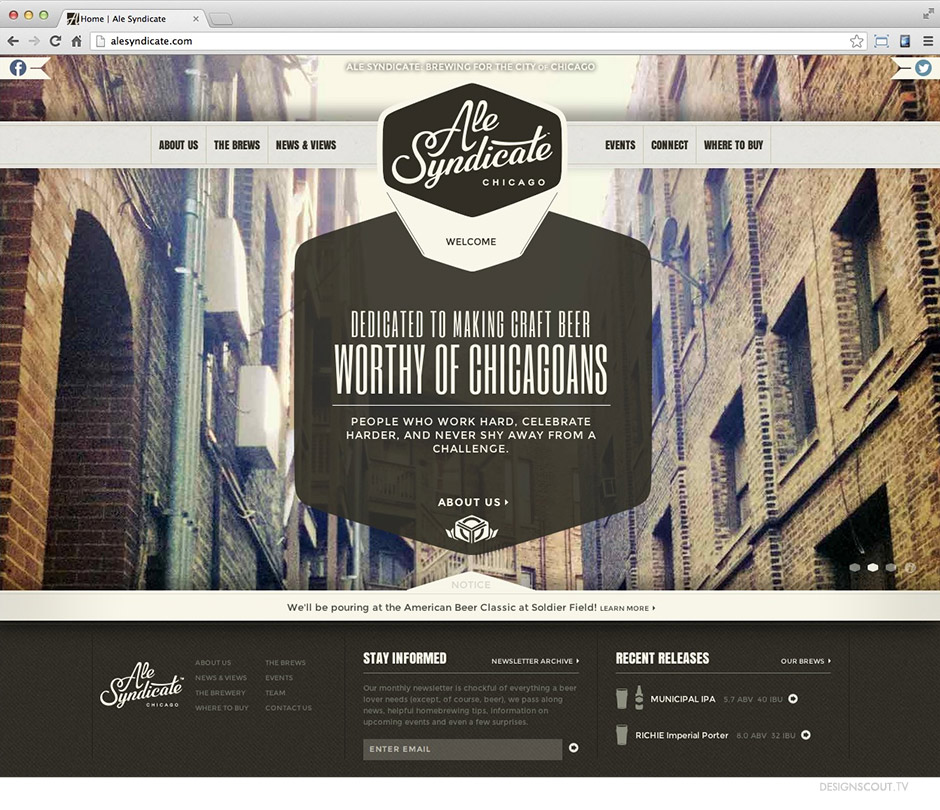 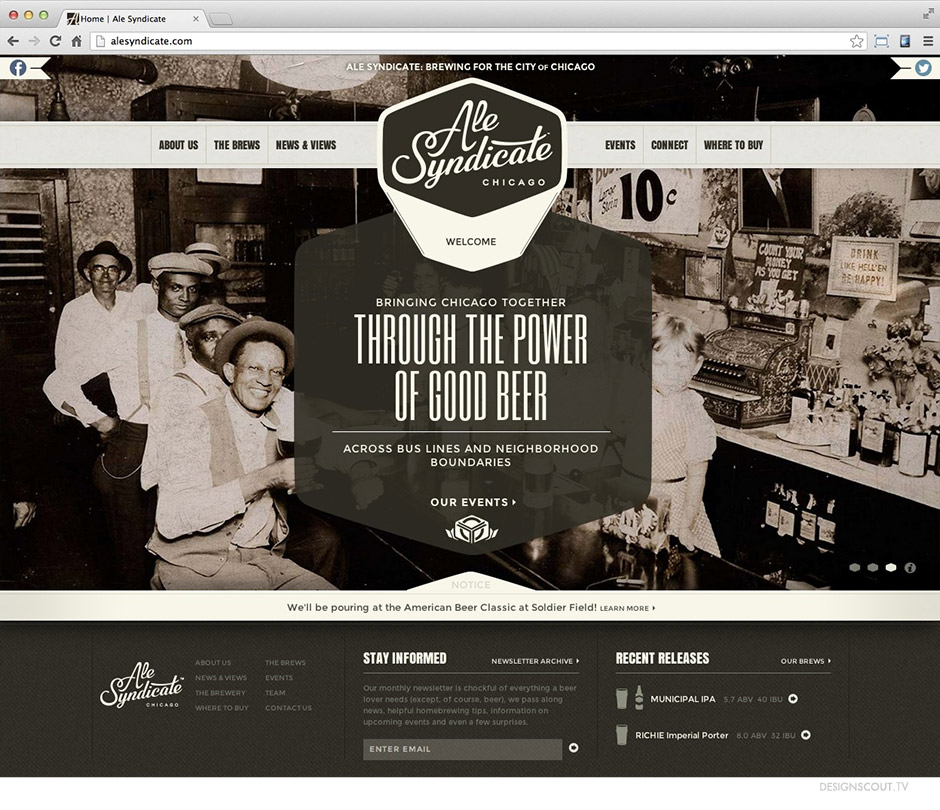