As we mentioned a few weeks ago (with our Bermondsey Beer Mile Tour, here), London is having a craft beer moment. And as exciting as it is to see these craft operations fill in the gaps around Greater London–between cask ales and traditional pales–it’s just as exciting to take in each new brewery’s personality. Such identity is evident in Bermondsey’s Partizan Brewing. Through the vision of head brewer/founder Andy Smith and talented illustrator Alec Doherty, the Partizan ‘look’ has evolved into a thoroughly flexible, mid-century-inspired, distinct representation. So distinct, in my opinion, that their label artwork has played up Alec’s illustrations so well that it has reached a level of playfulness unprecedented in beer packaging.

It’s not often that a brewery has the wherewithal to hire an acclaimed designer-slash-editorial-illustrator to tackle their label art.

We asked Partizan’s Andy Smith to give us his thoughts on the brand’s approach (or intentional lack thereof) and what it means to have such a strong aesthetic:

“We don’t really approach what we do in terms of having a brand. We’re lucky enough to just make the beers we like and enjoy drinking and we are even more lucky to have such a talented illustrator who also draws whatever he likes. We will occasionaly ask for some detail adding in that might be unique to the batch or to whats going on with the brewery at the moment. (The ‘Ray Manzarek IPA’ was a favourite of mine to commemerate the passing of an LA keyboard great–or the Pale label we had when Adina [the cat] first joined the brewery).

I like that Alec has evolved and changed his style over time. Its like when someone new starts at the brewery and makes a part of it there own and takes things in a new direction. We all quite like change and finding something new.” 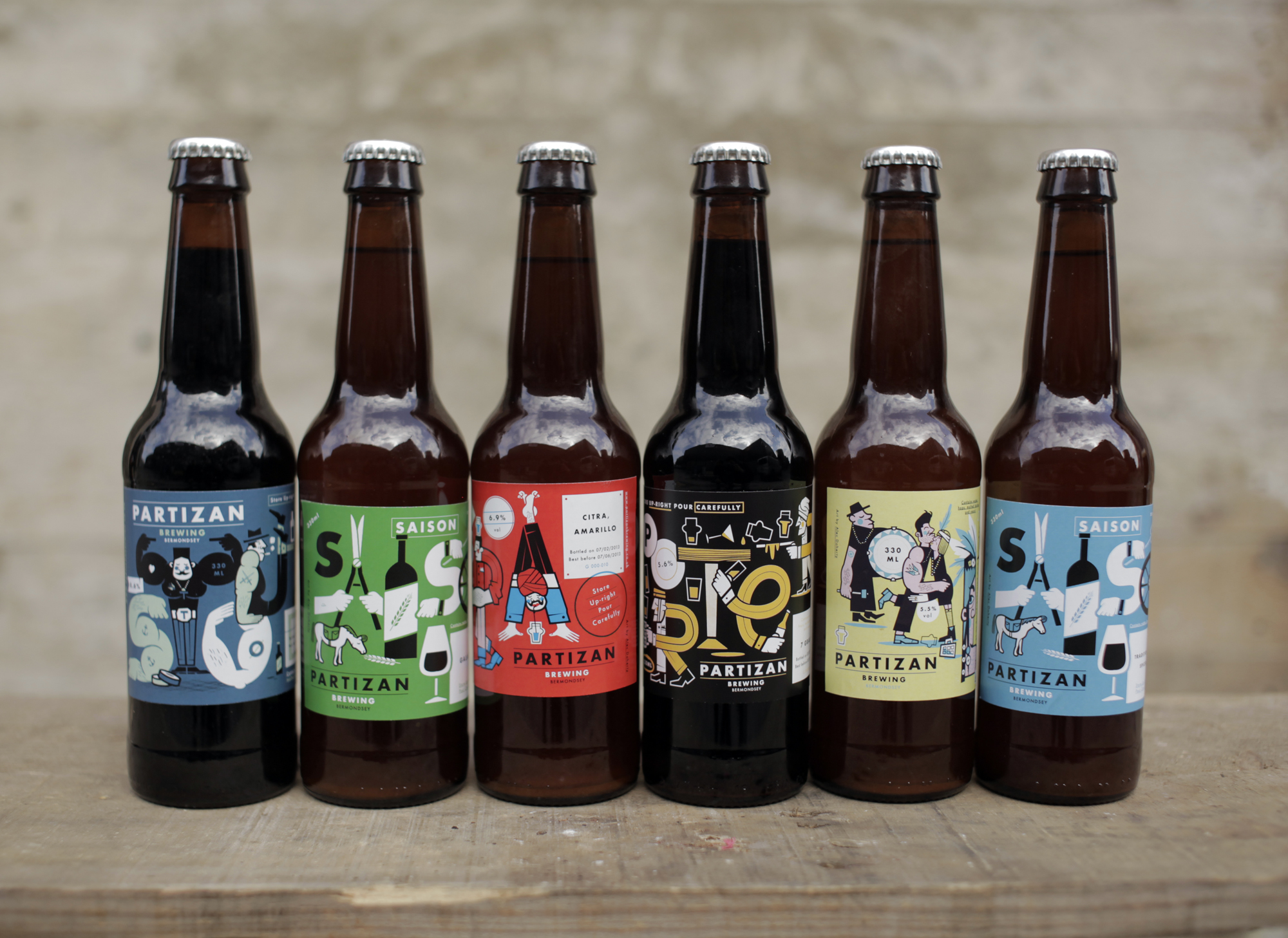 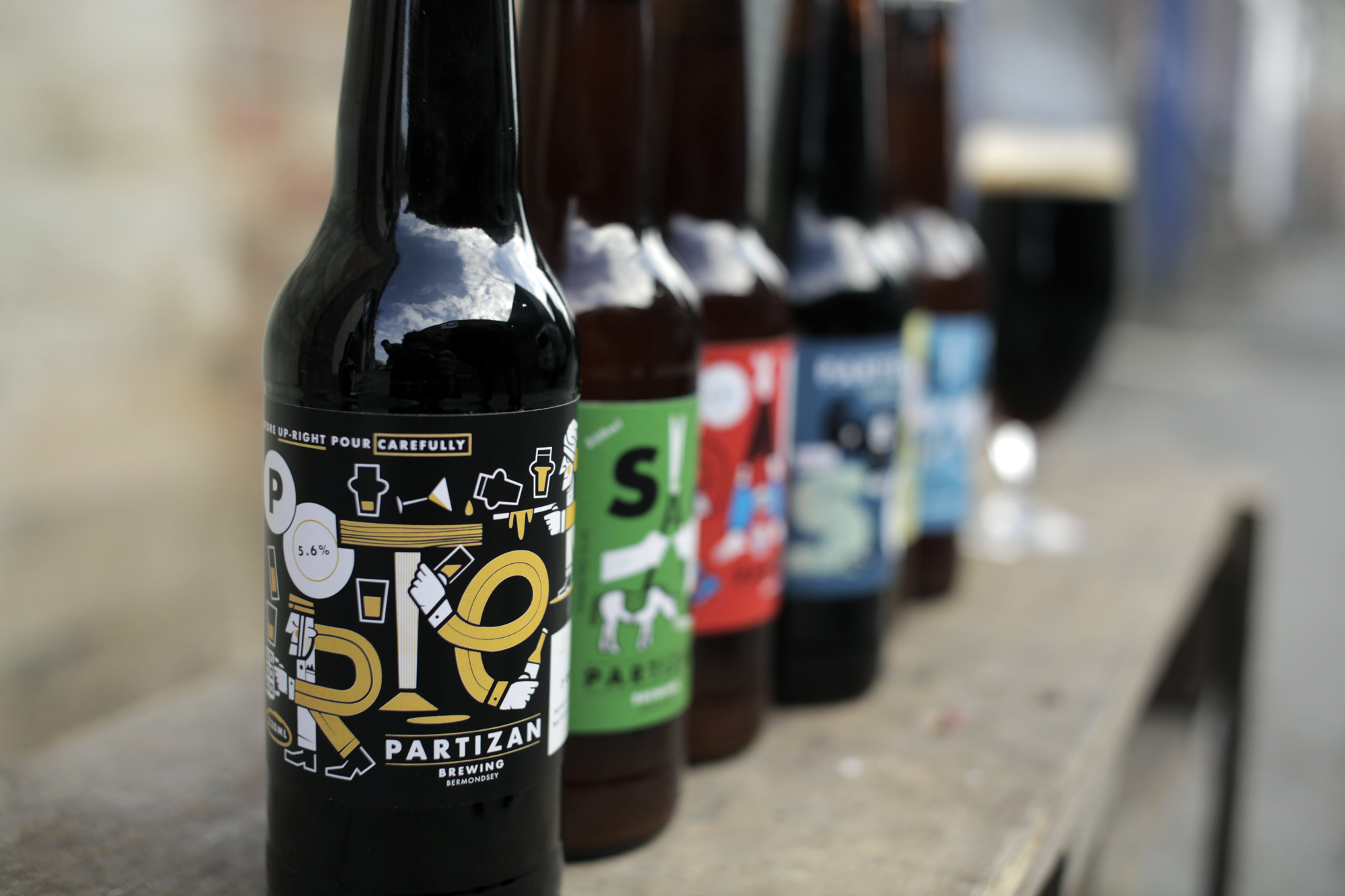 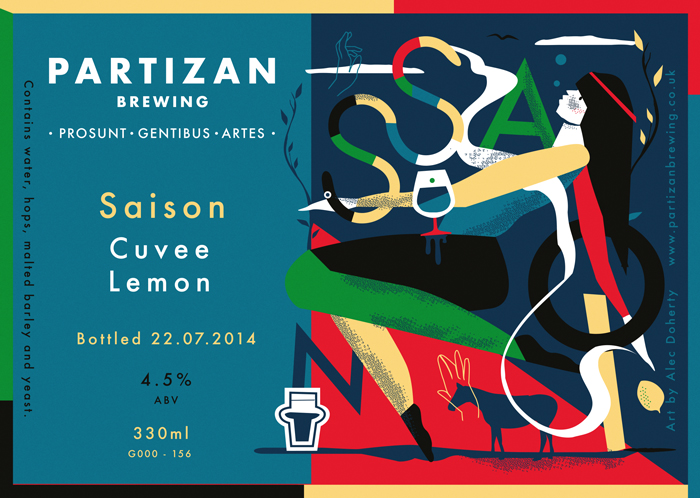 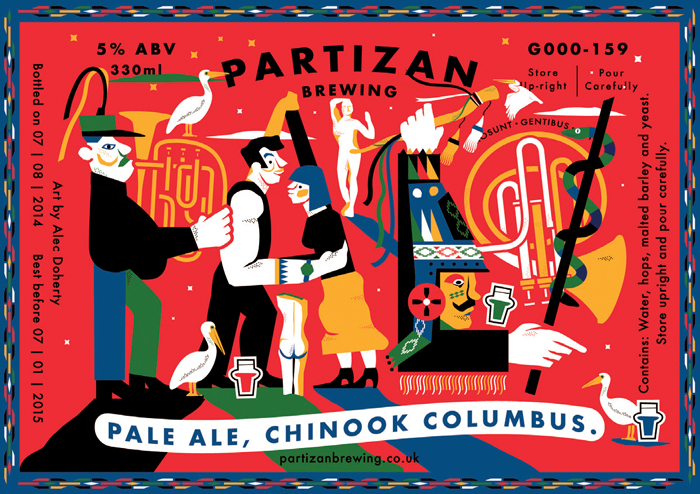 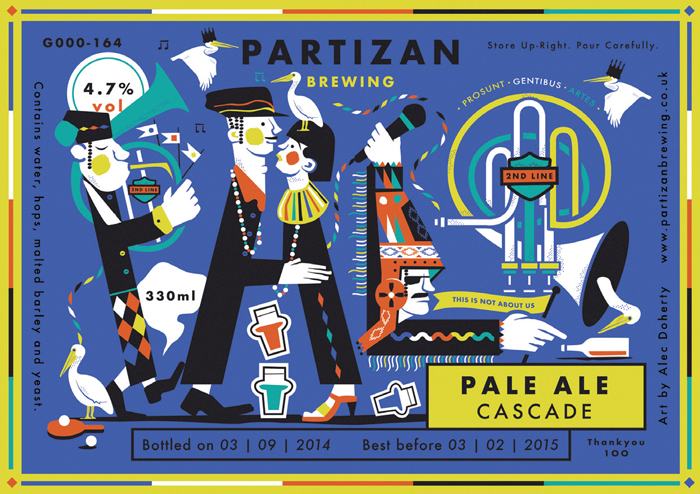 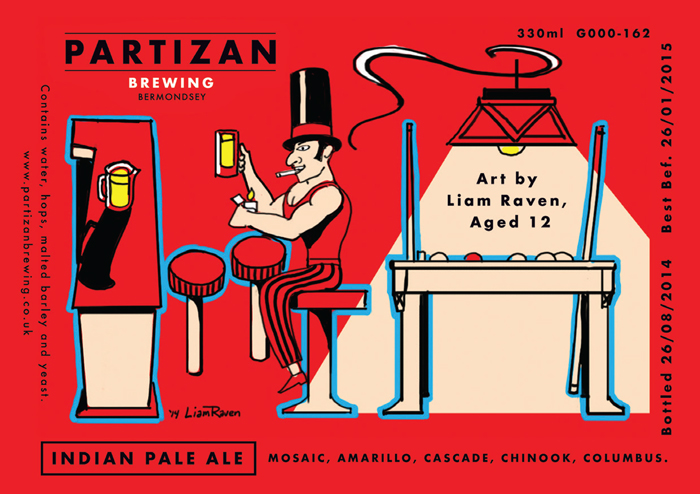 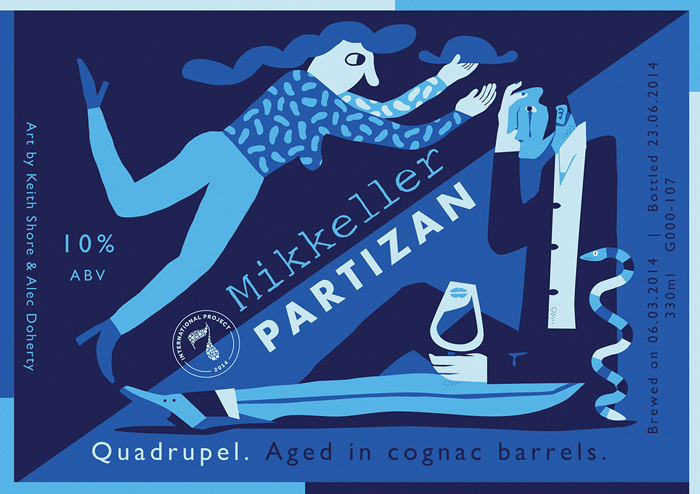 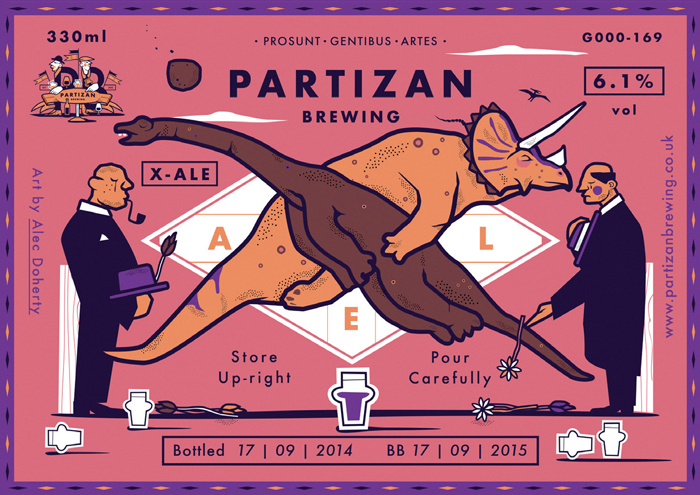 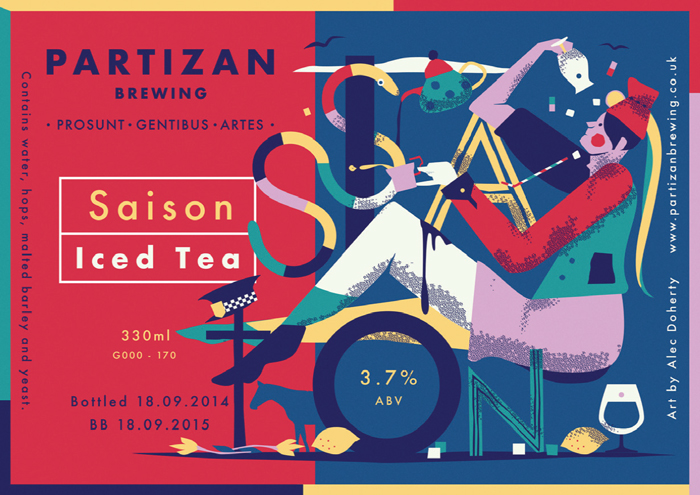 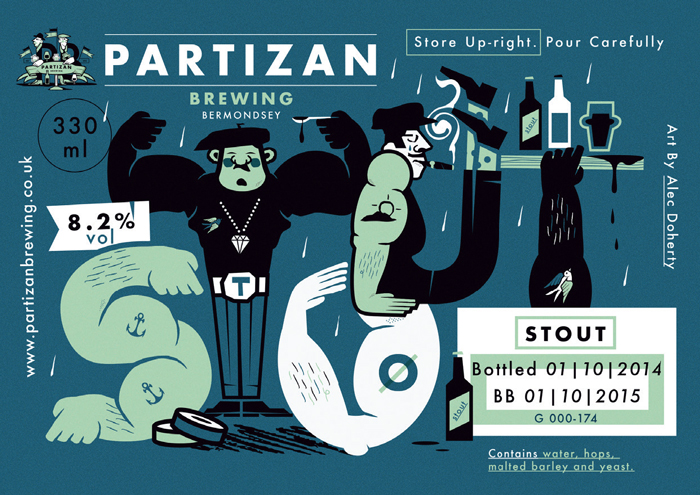 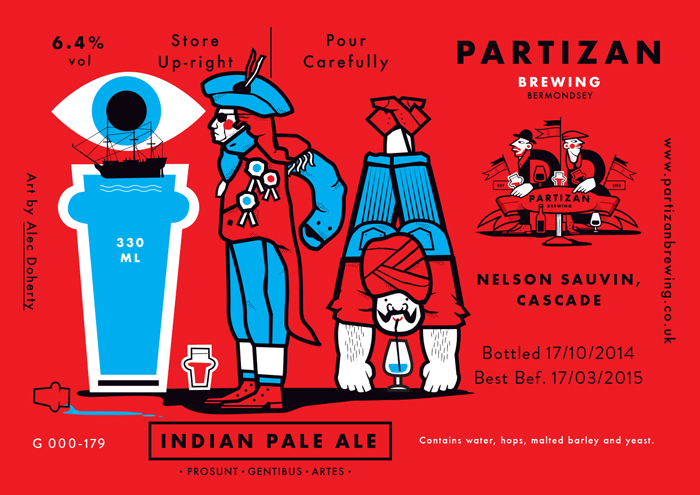 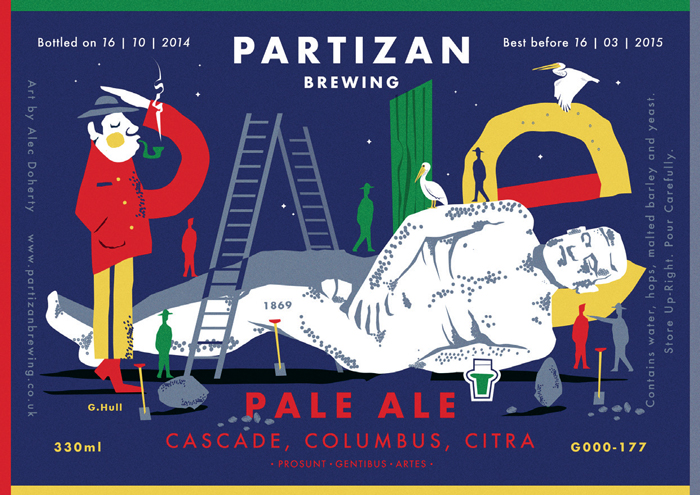 Product photography and label artwork provided by Alec Doherty of Partizan Brewing. For more about London’s craft beer boom, and Partizan’s place on the Bermondsey Beer Mile, check out our brewery tour here.