Flat12 Bierwerks is a production craft brewery located in the fast-growing Holy Cross neighborhood—just east of downtown Indianapolis. The brewery features a variety of rotating seasonal and innovative specialty beers, as well as the flagship line-up of Upside Down Blonde, Pogue’s Run Porter, Walkabout Pale Ale and Half Cycle IPA. Since founding in 2010, Flat12 was recognized by their quirky caricatured packaging. But over the past five years, the brewery has evolved, and they wanted their brand to reflect that progress. To celebrate their upcoming 5-year anniversary, Flat12 is updating their look to better communicate their identity, core values and culture through a redesign of their brand, beginning with the logo, packaging and website.

The brewery has been working with Indianapolis’s Vision Concepts on their new image. “Our new branding is more representative of us as company. It continues the legacy of our namesake —a classic game-changing engine—as we take it back to a more refined design and move towards a more revved up beer,” says Director of Brewery Operations, Sean Manahan.

The packaging’s beer names and illustrations also hint to local ties; example–Pogue’s Run is the brewery’s backyard creek, so Pogue’s Run Porter incorporates water to reflect our commitment to cleaning up Indianapolis waterways. Flat12 prides themselves on the idea of hyperlocal: “Whether it’s buying from local hop farmers, hosting fundraisers, or helping educate the public on organizations that share our values, we are an active participant in supporting our community, and that’s a big part of who we are as a company,” says Marketing Director, Valerie Green.

Producing high-quality craft beer is Flat12’s top priority. “There are challenges in running a fast-growing company, but we have the perfect Flat12 team, and we’re making great, consistent beer from the top down. The sleek new bottle and can designs reflect the quality of the beer they contain,” says Sean Manahan, Director of Brewing Operations. 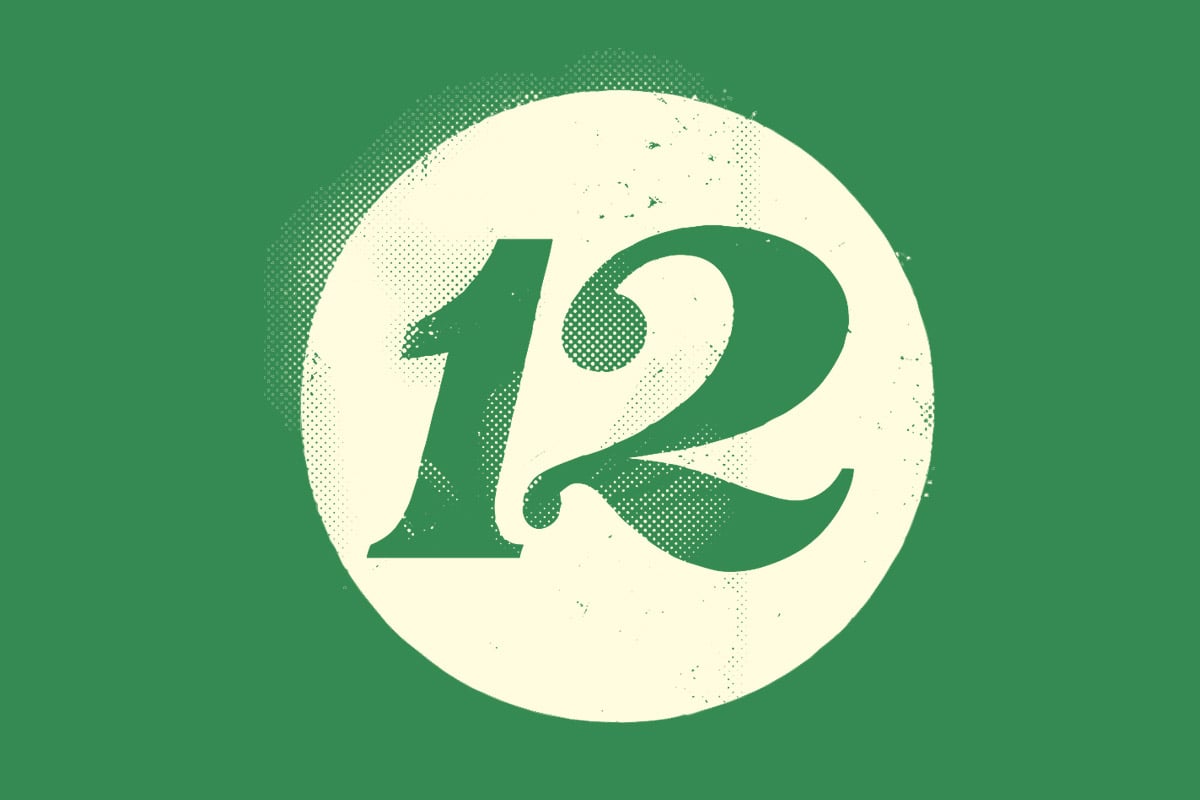 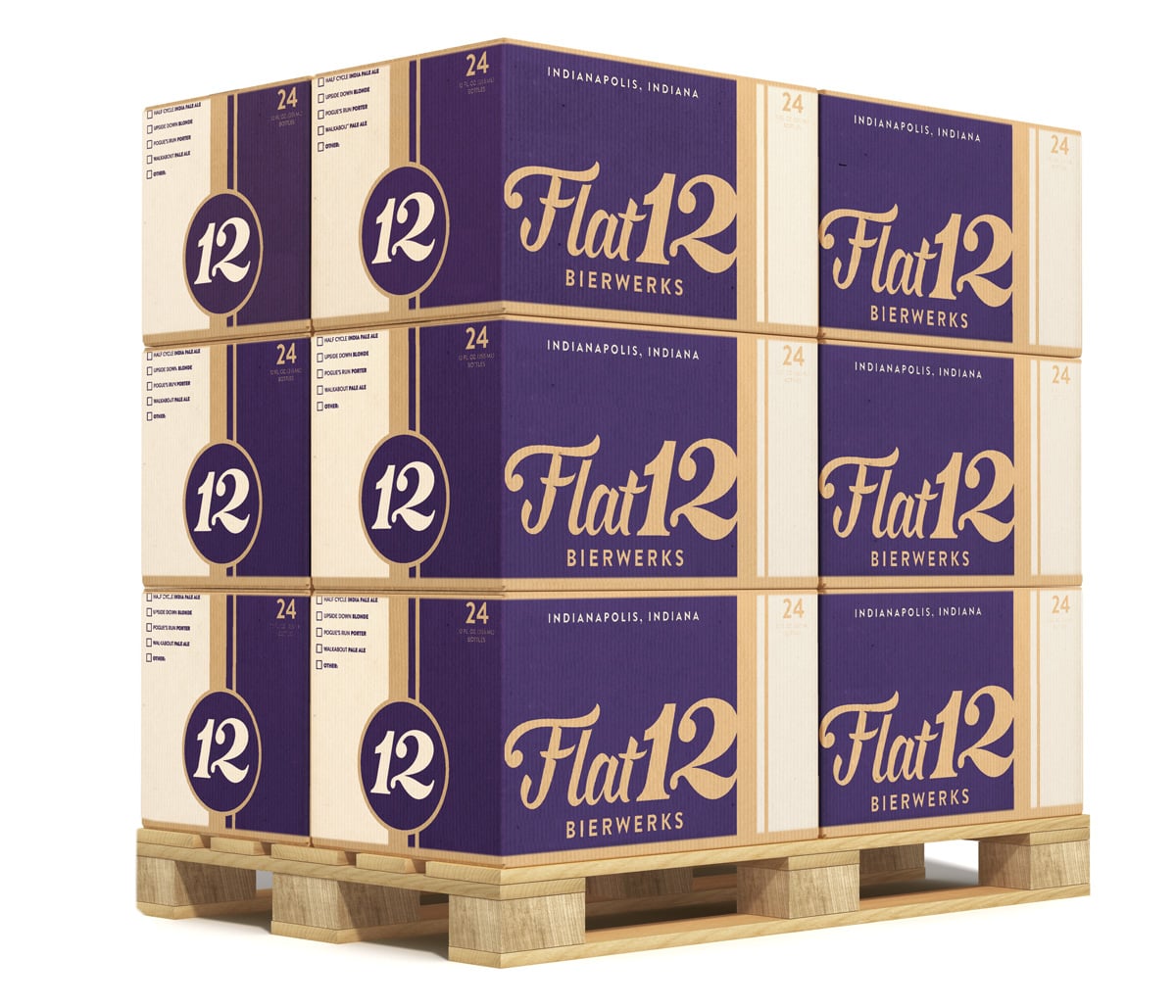 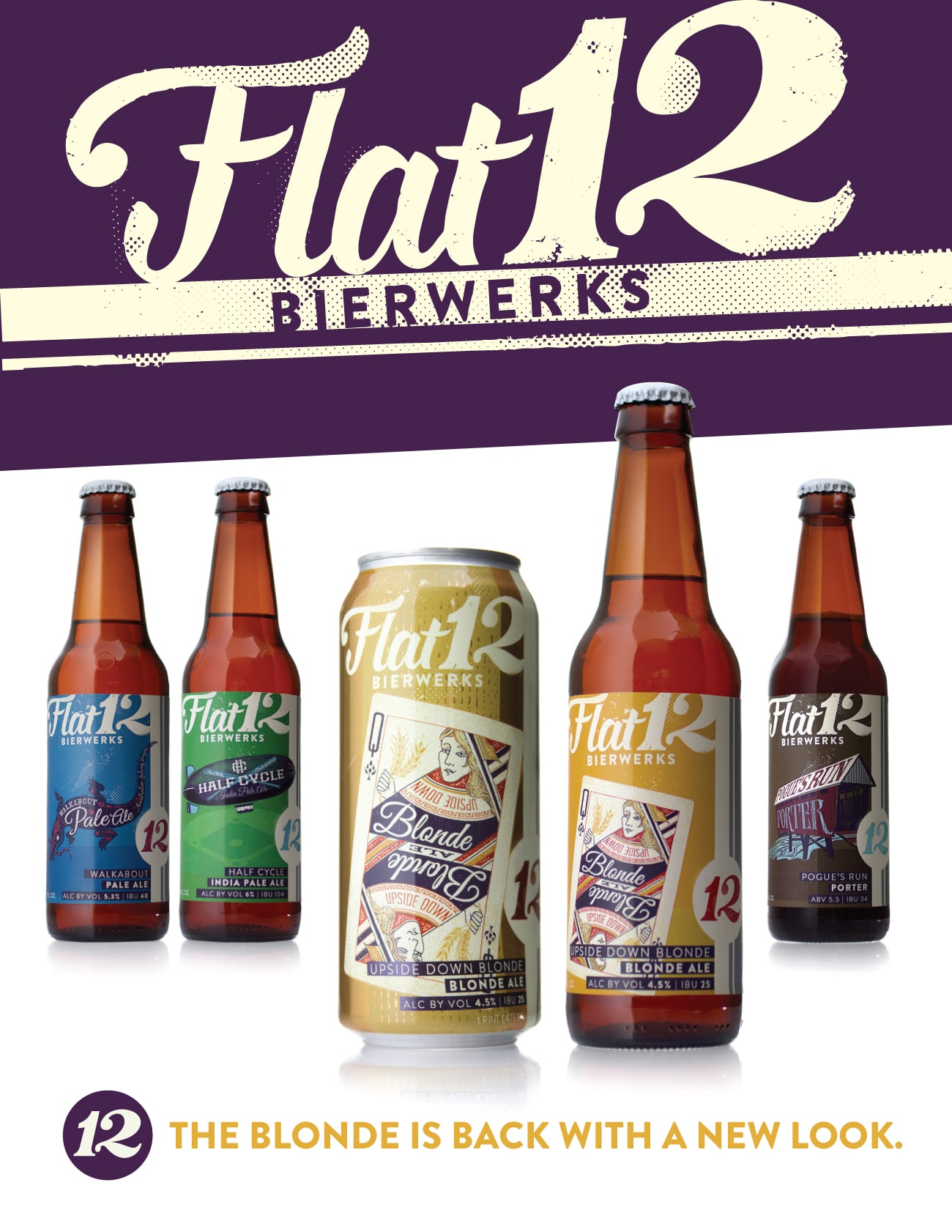 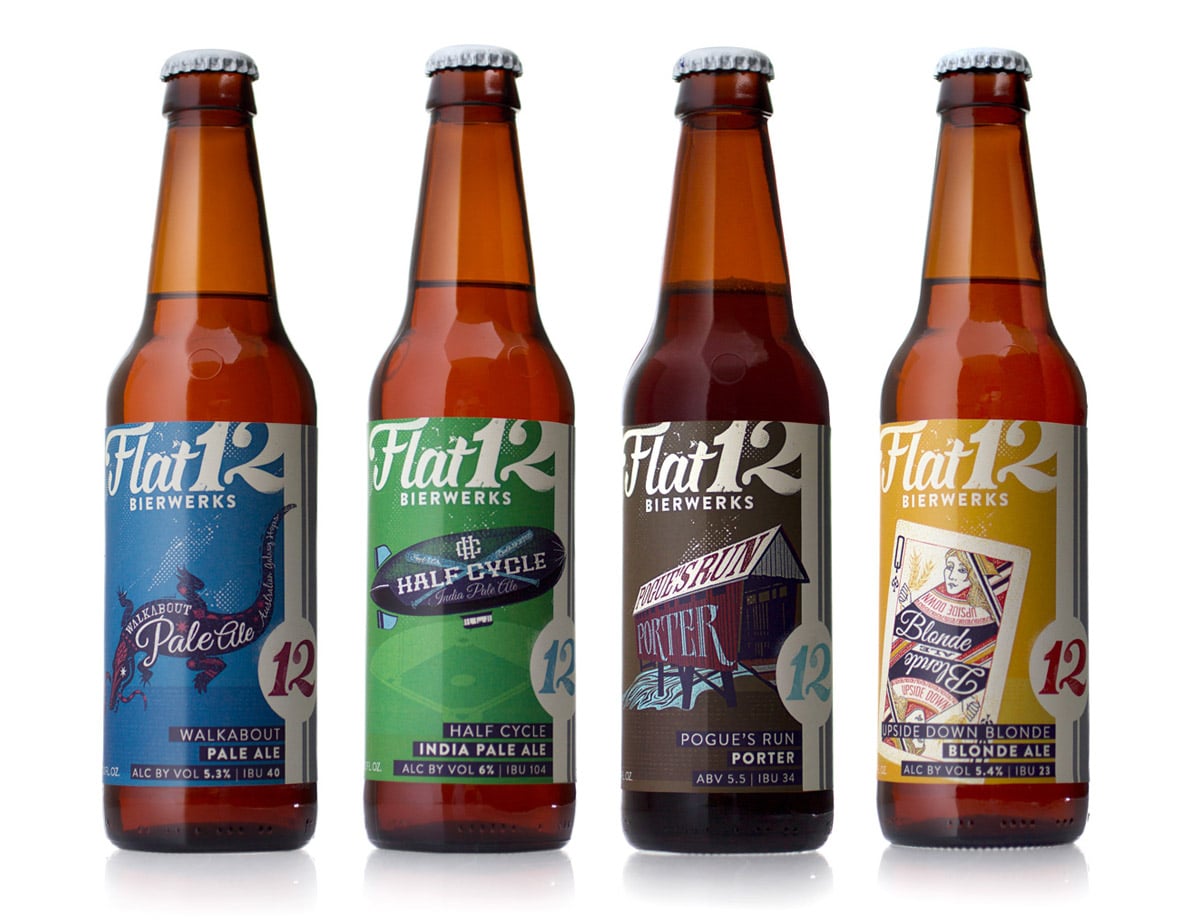 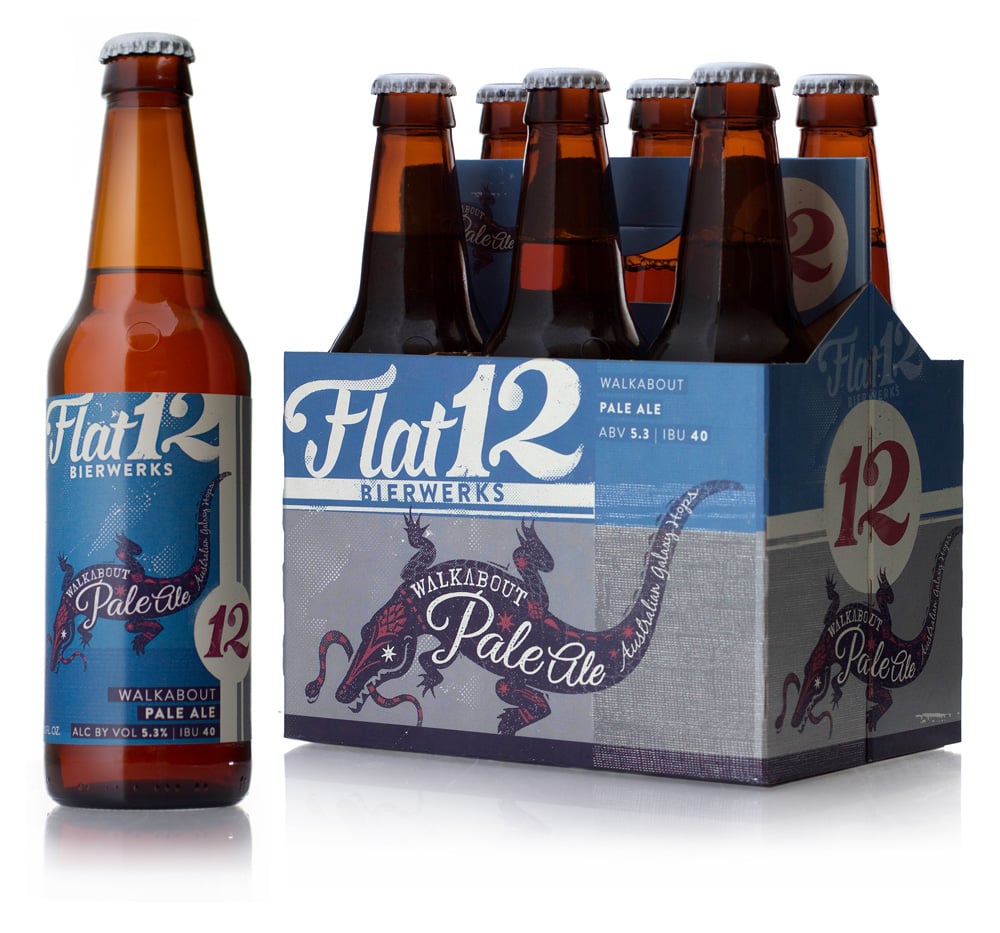 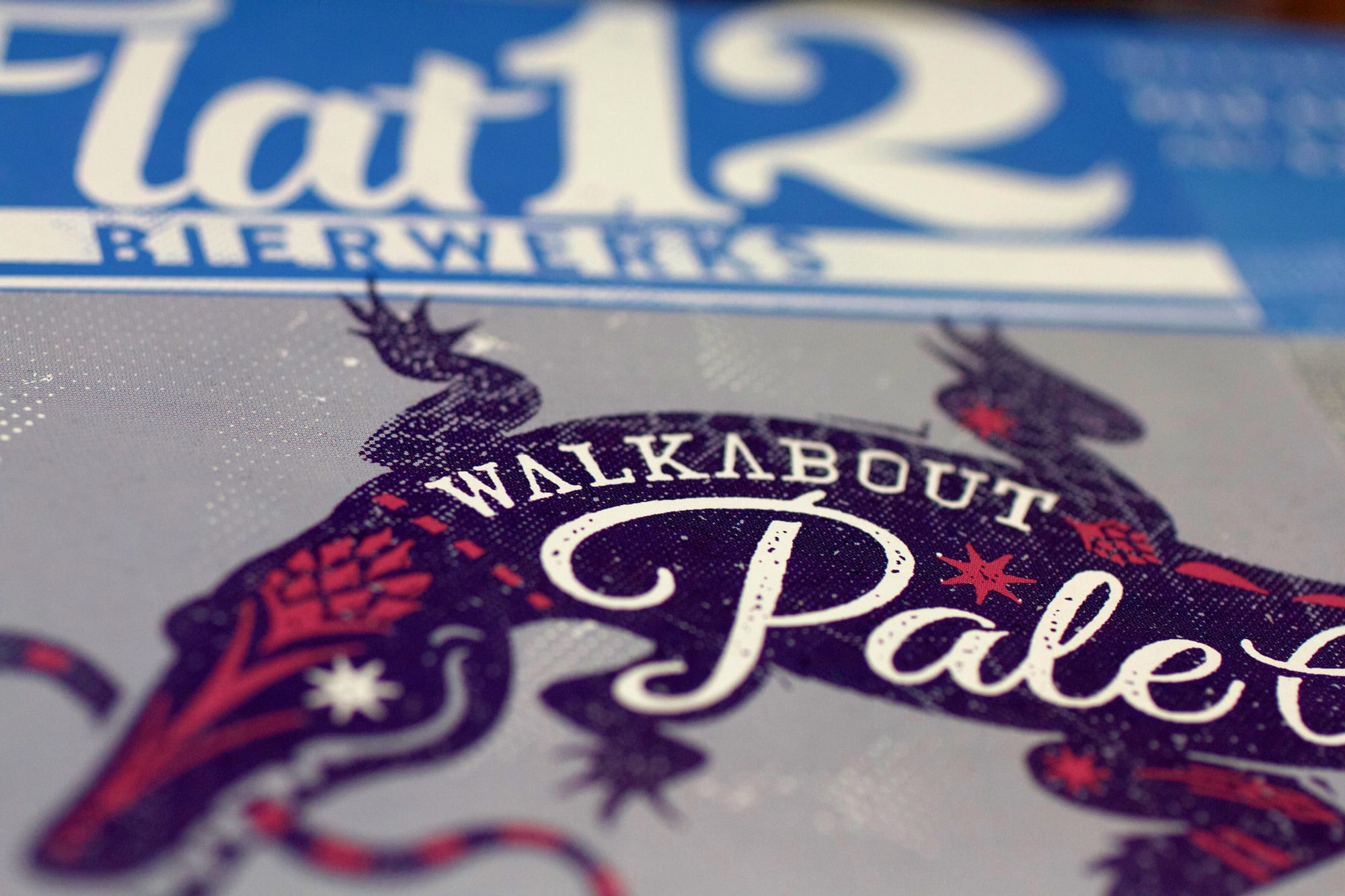 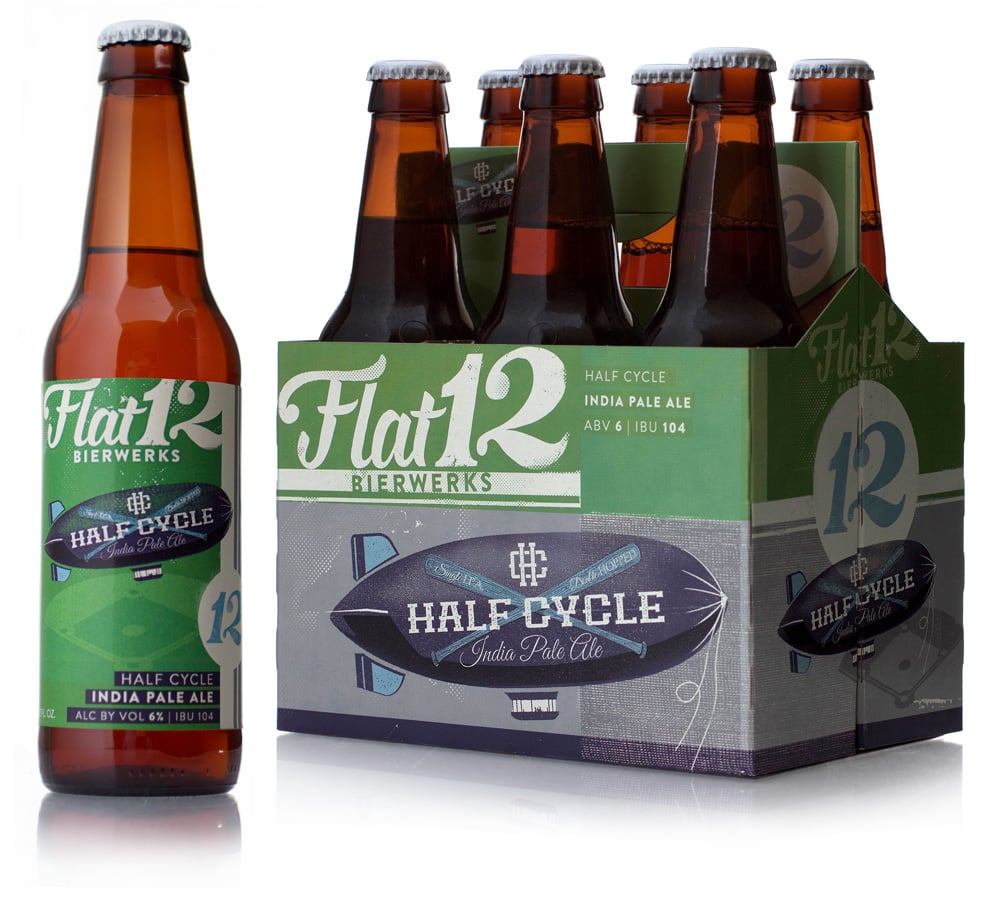 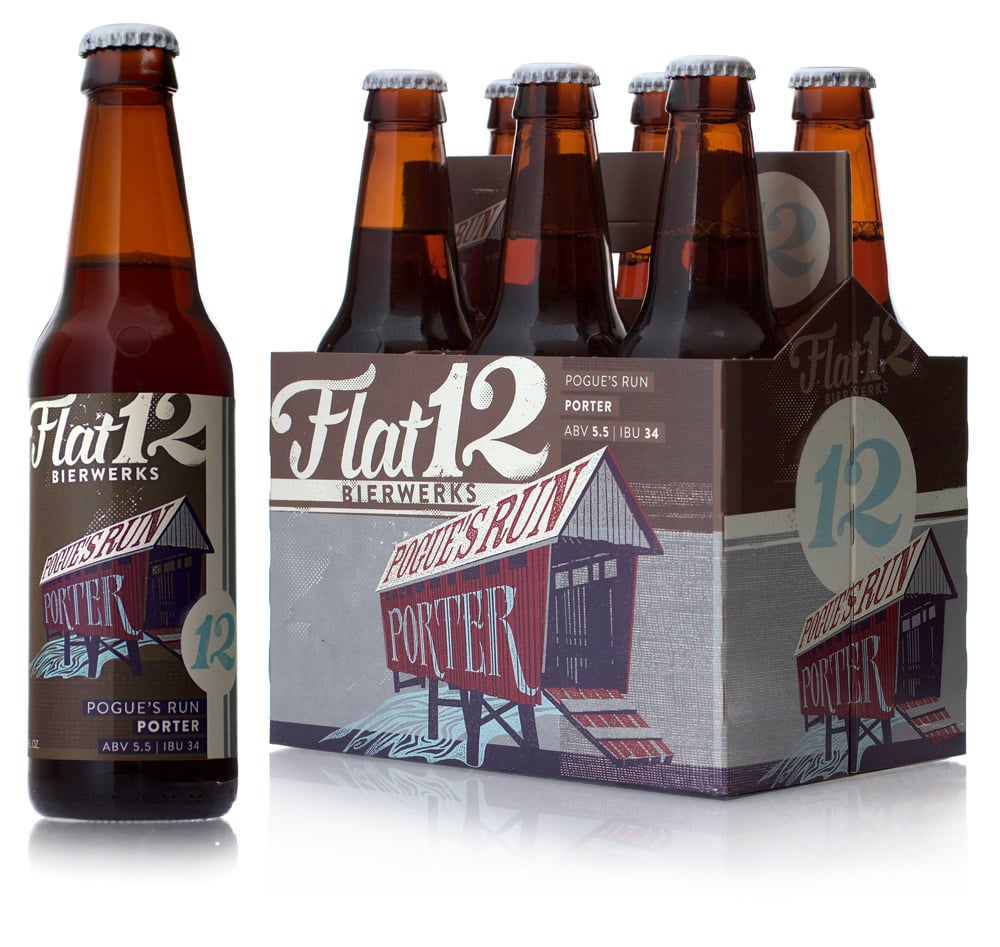 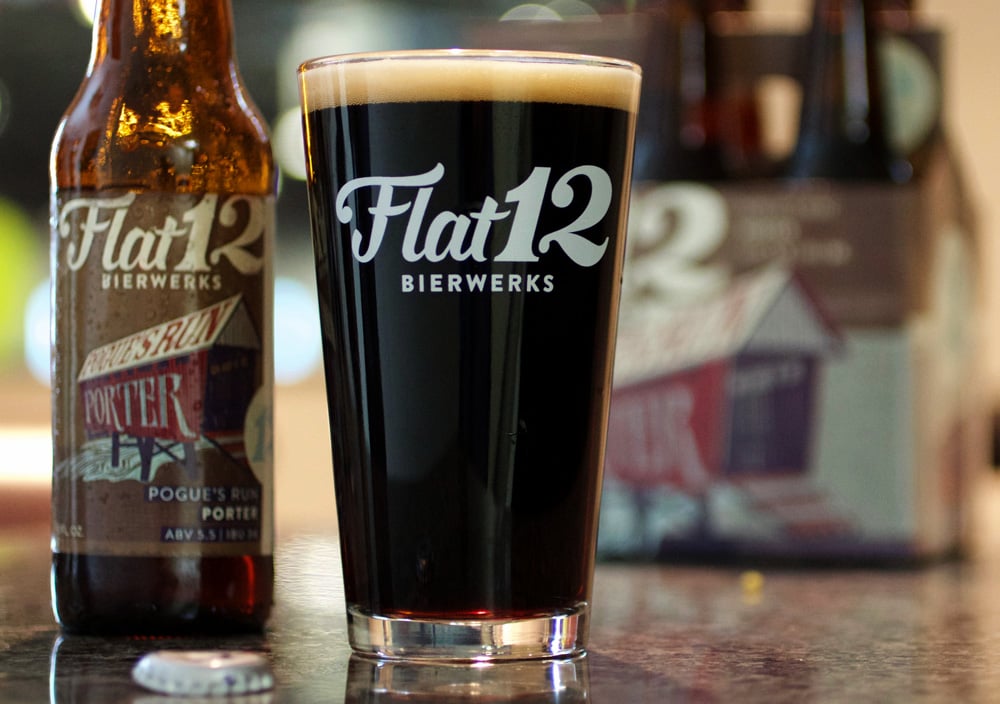 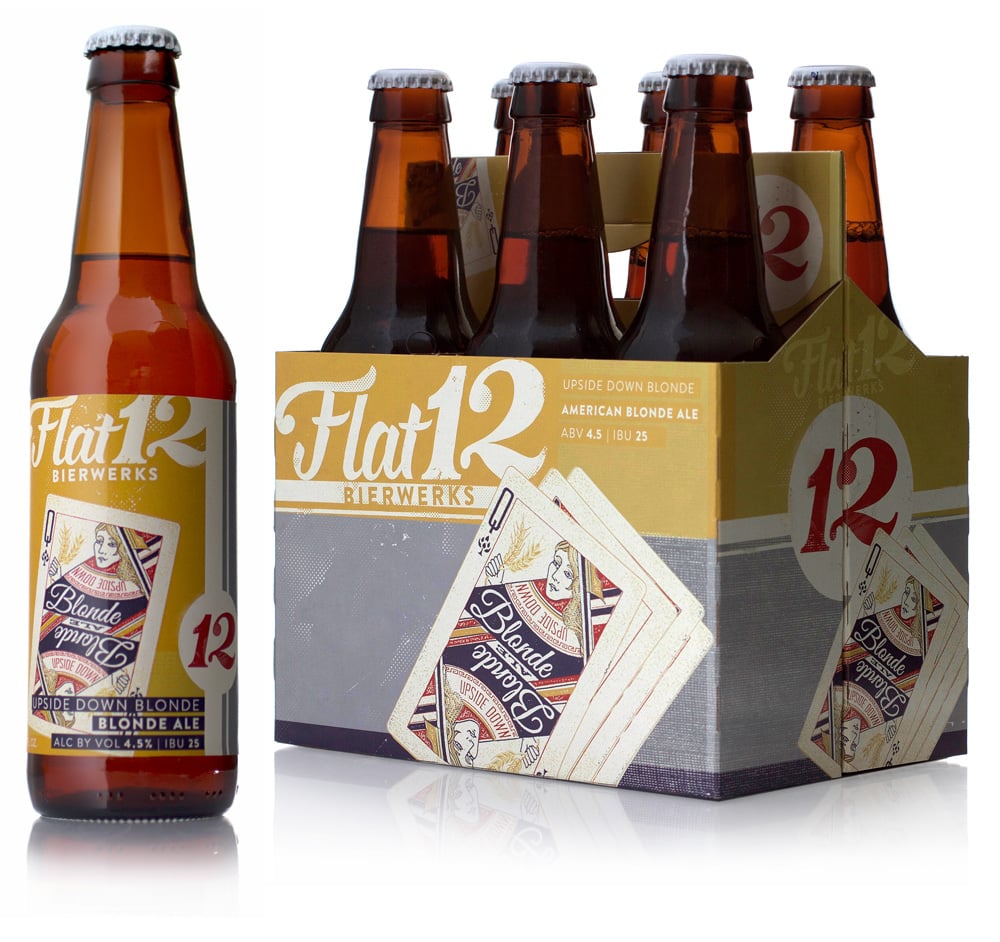 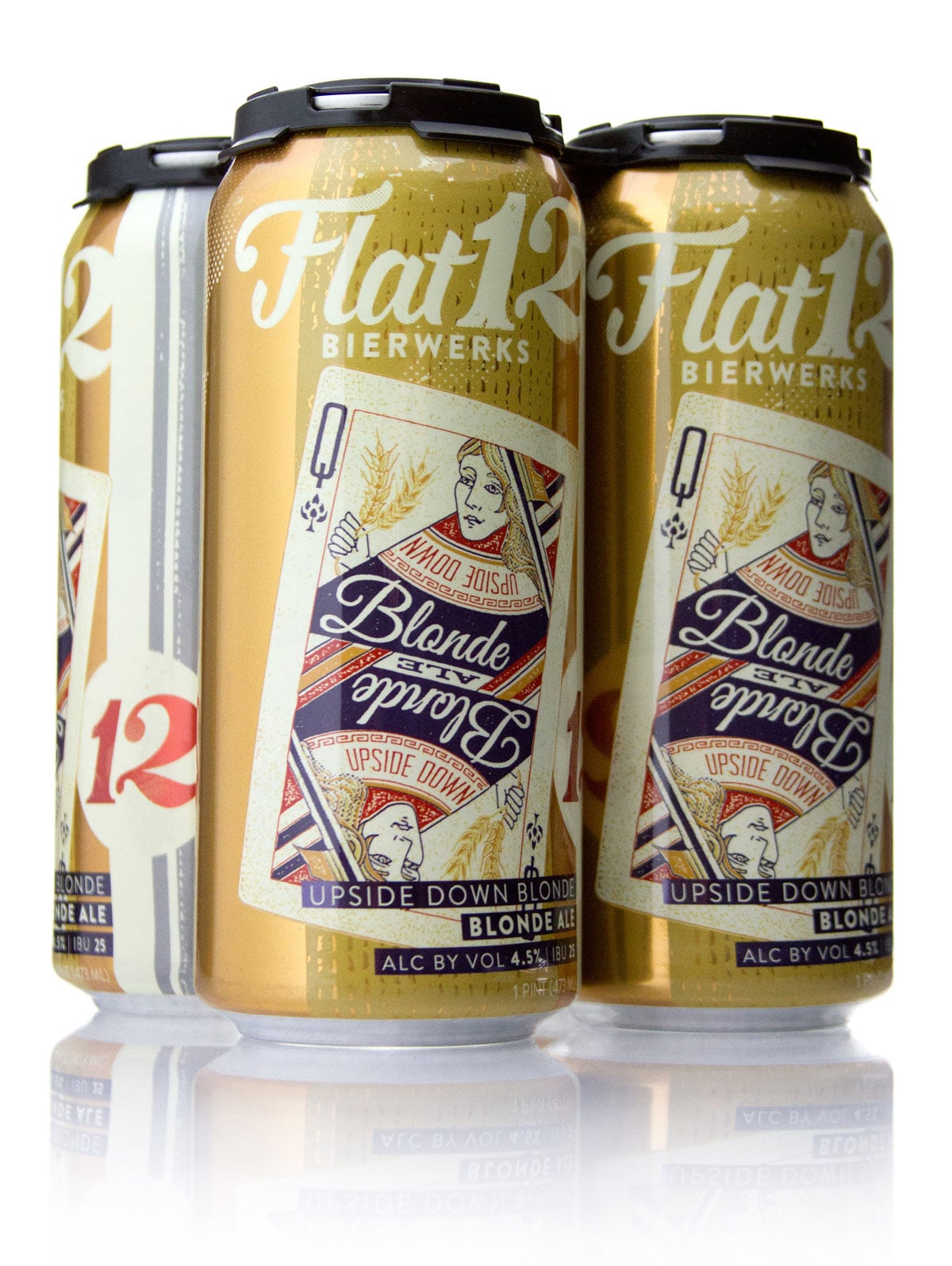 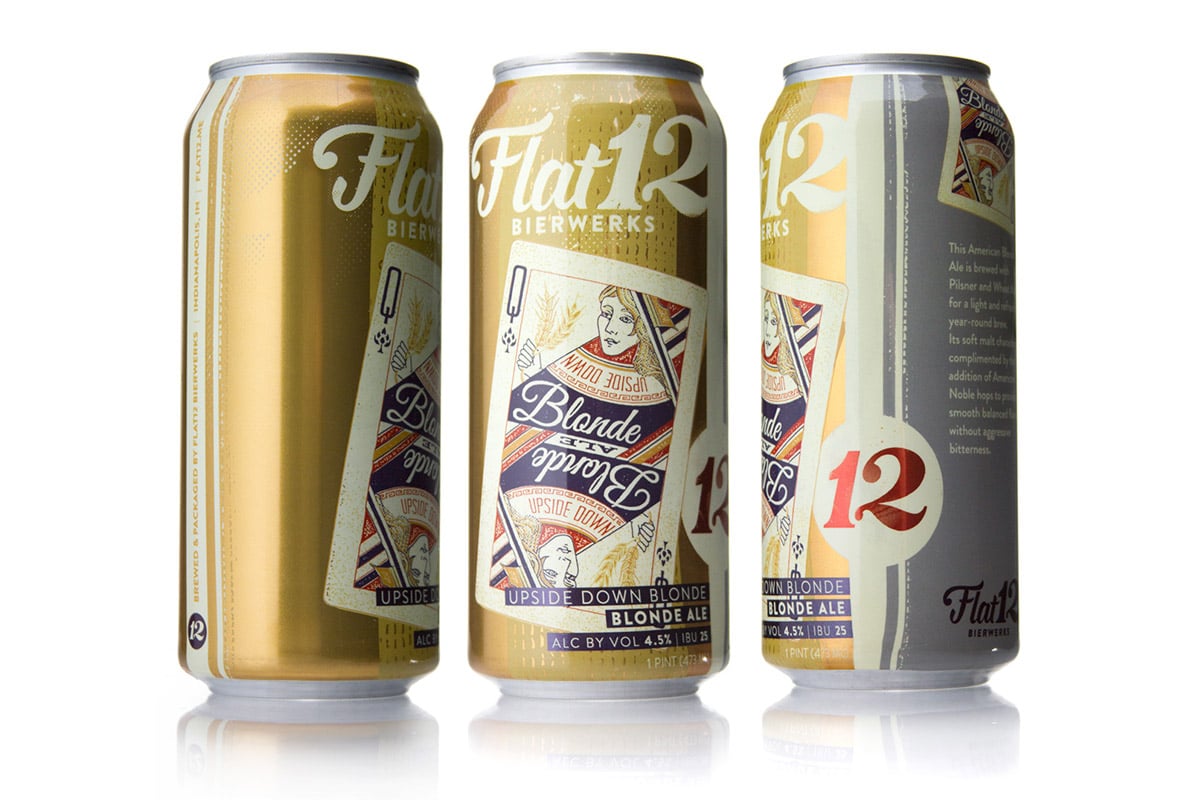 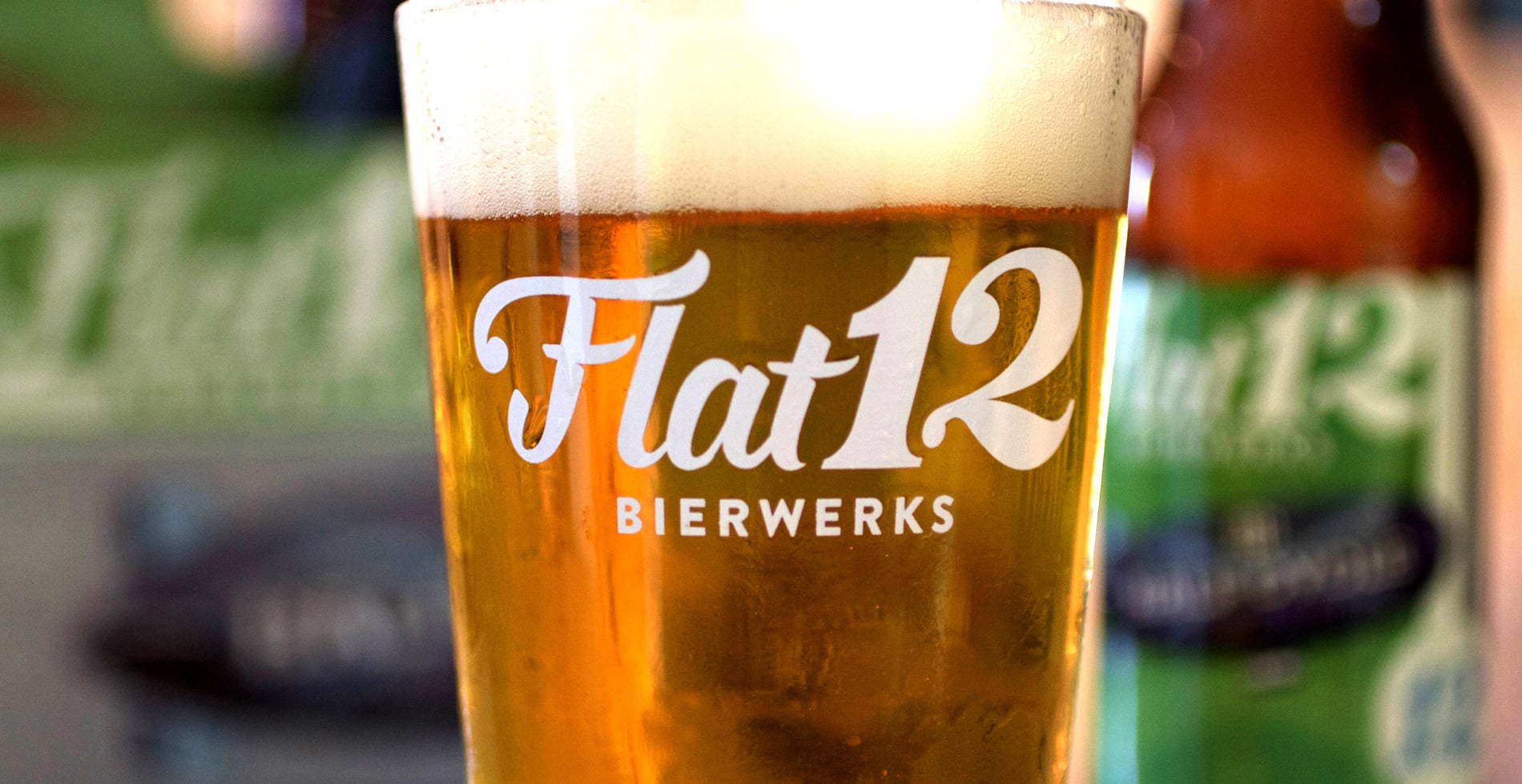 Flat12 is currently distributing across Indiana, Louisville, the greater Cincinnati area, and recently opened a second location on the Ohio River in Jeffersonville, Indiana, just across from downtown Louisville. 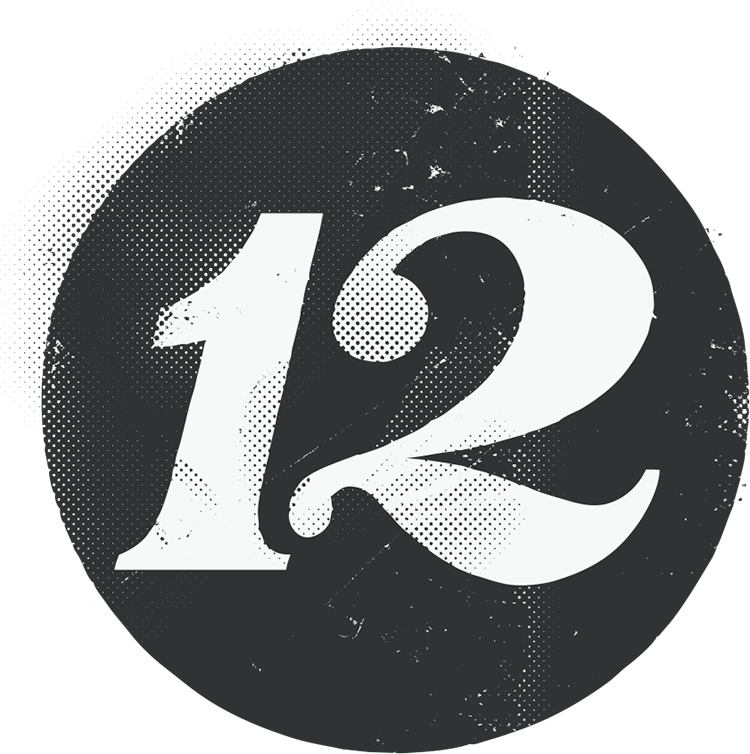