If you’ve ever been to Texas, you are familiar with the ‘state beer’, Lone Star–likely by way of the can’s red facade adorned with the iconic five-pointed star and the shield that contains the beer’s name. Established in 1884,

Lone Star Brewing Company was the first major brewery in Texas, founded in San Antonio by none other than Adolphus Busch–yes, from that brewery in St. Louis. So, it’s no wonder the prevalence of those red cans in the Lone Star state.

Funnily enough, however, “The National Beer of Texas”, is now owned by Pabst Brewing Company and produced by MillerCoors. Oh, if Adolphus only knew… And at the beginning of 2018, the brand approached Oklahoma City-based design firm

Related Reads
Culture
What Is Dry January? And Should I Participate?
Culture
10 Trends in the Beer Industry to Watch in 2021
Culture
The 20 Best Brewery Instagram Accounts of 2020
Switch to ‘recalibrate their brand to honor their extensive history, but look to their future as well.’ Along with this refresh also comes a new extra-light lager in gold cans dubbed 24/7, that suggests imbibing of just that often, given it’s just 2.1% ABV (positioning itself in and odd place between N/A and table beers).

More from the designers at Switch:

”As one of the oldest breweries in America, brewing since 1884, there is no shortage of history to draw from. The brand evolution focused on retaining elements of the brand that had strong iconic recognition, stripping away aspects that had been superfluously added in recent redesigns, and bringing back historical details through a modern lens. The outcome is a comprehensive rebrand that encompassed evolutions of logos and secondary marks, color and type hierarchy, brand messaging, audience profiles, packaging design, new product launches, and out-of-home campaigns.”

With this new push and refreshed launch back into market, one can expect to be seeing a lot more of The National Beer of Texas, in the state and otherwise. 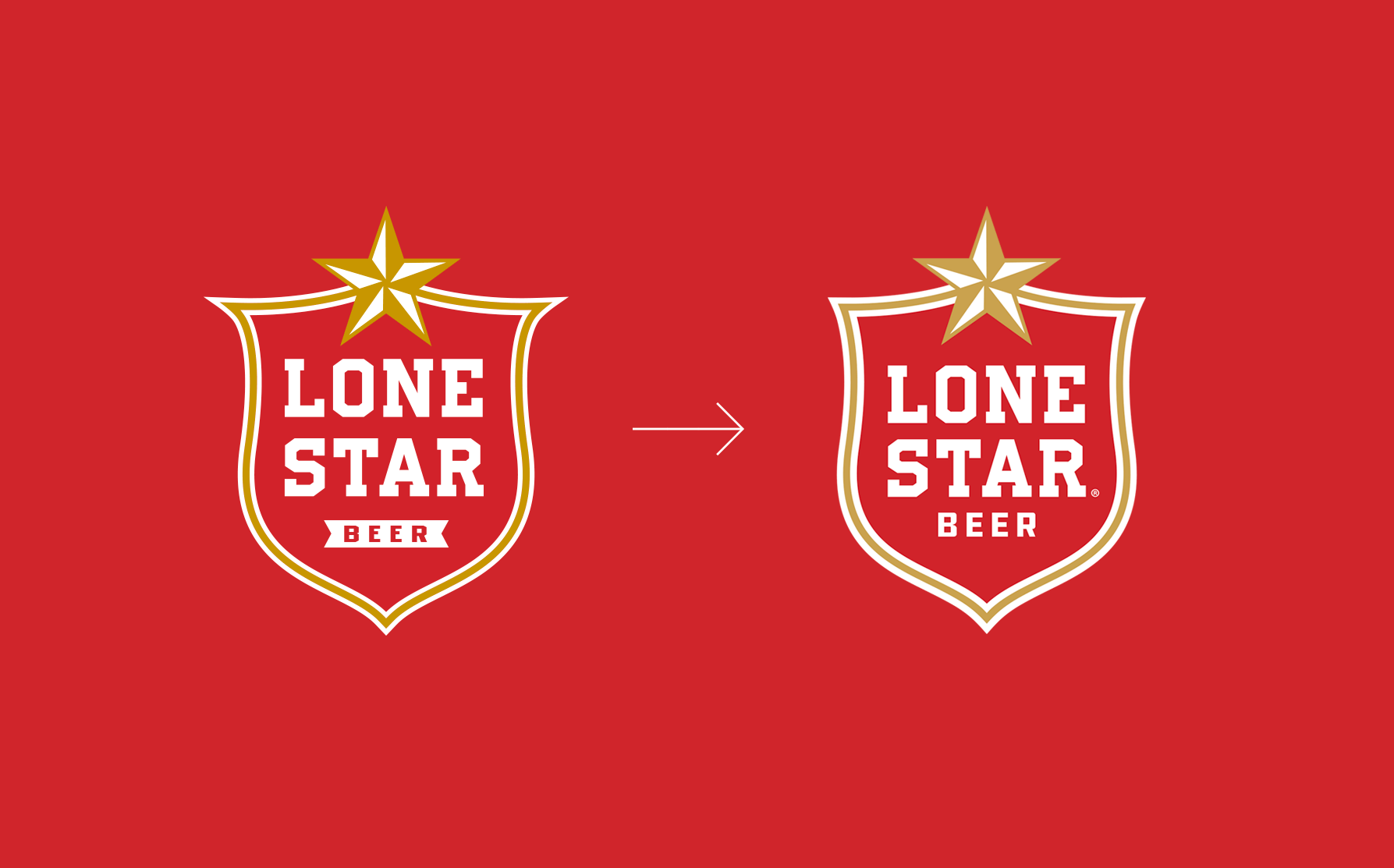 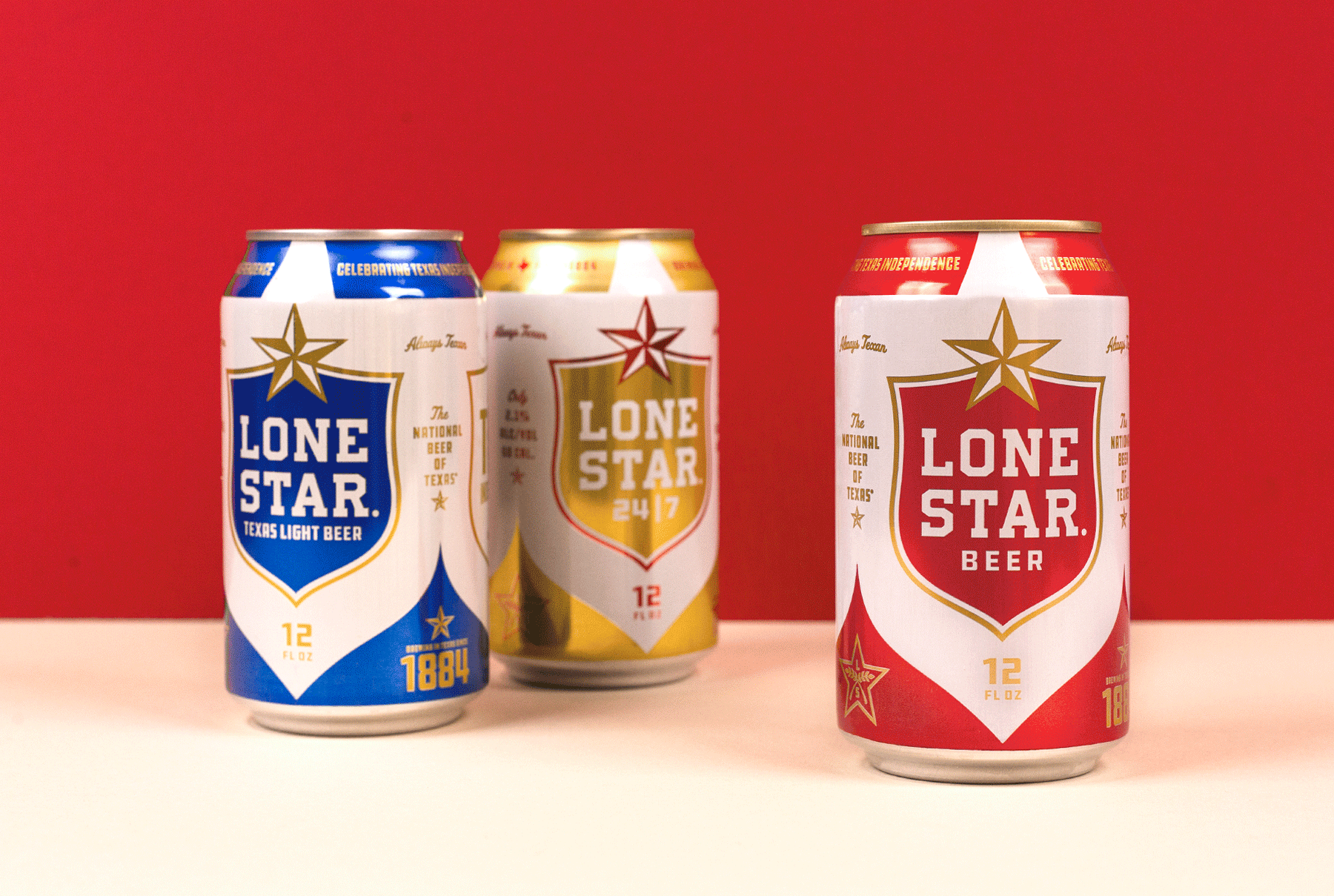 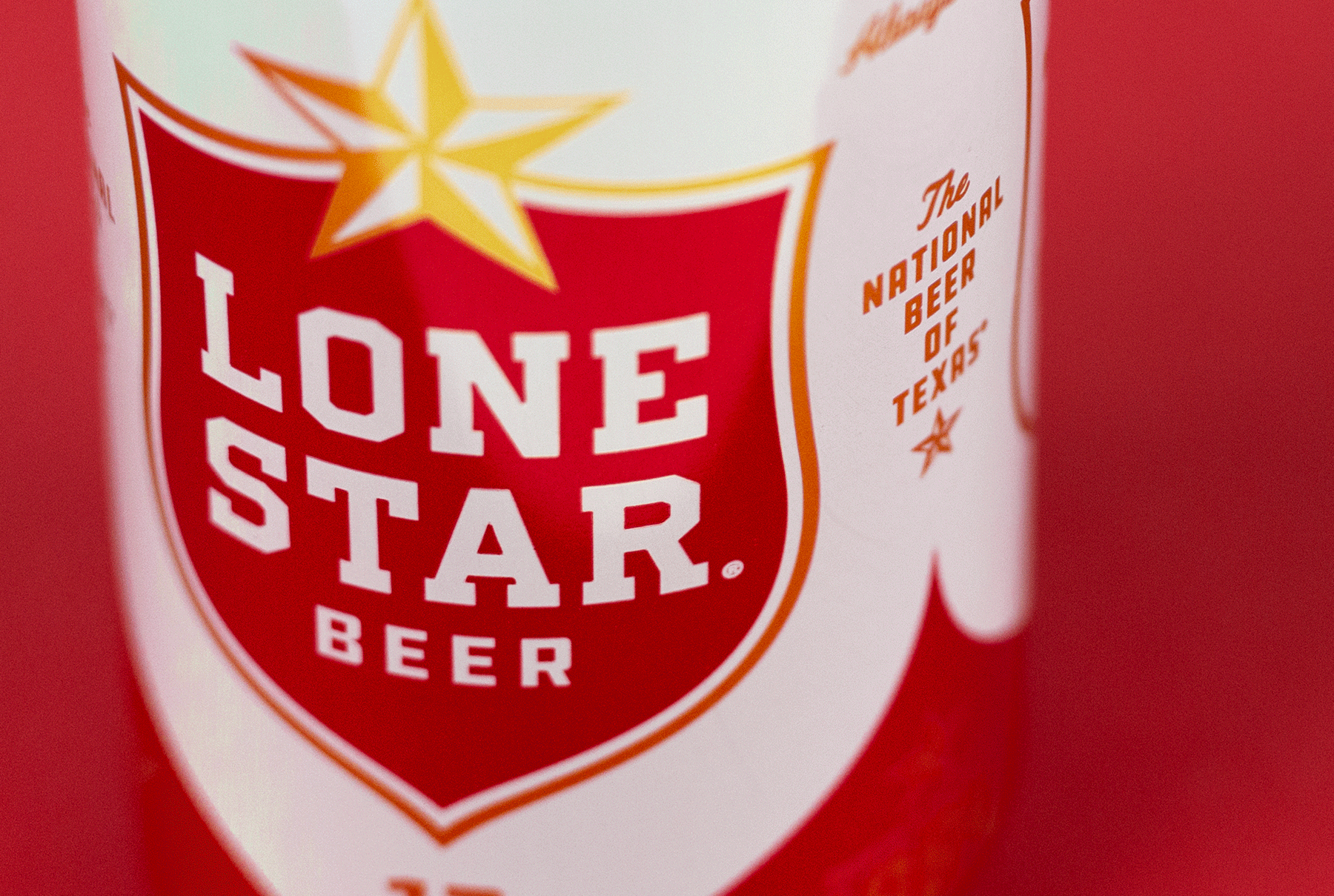 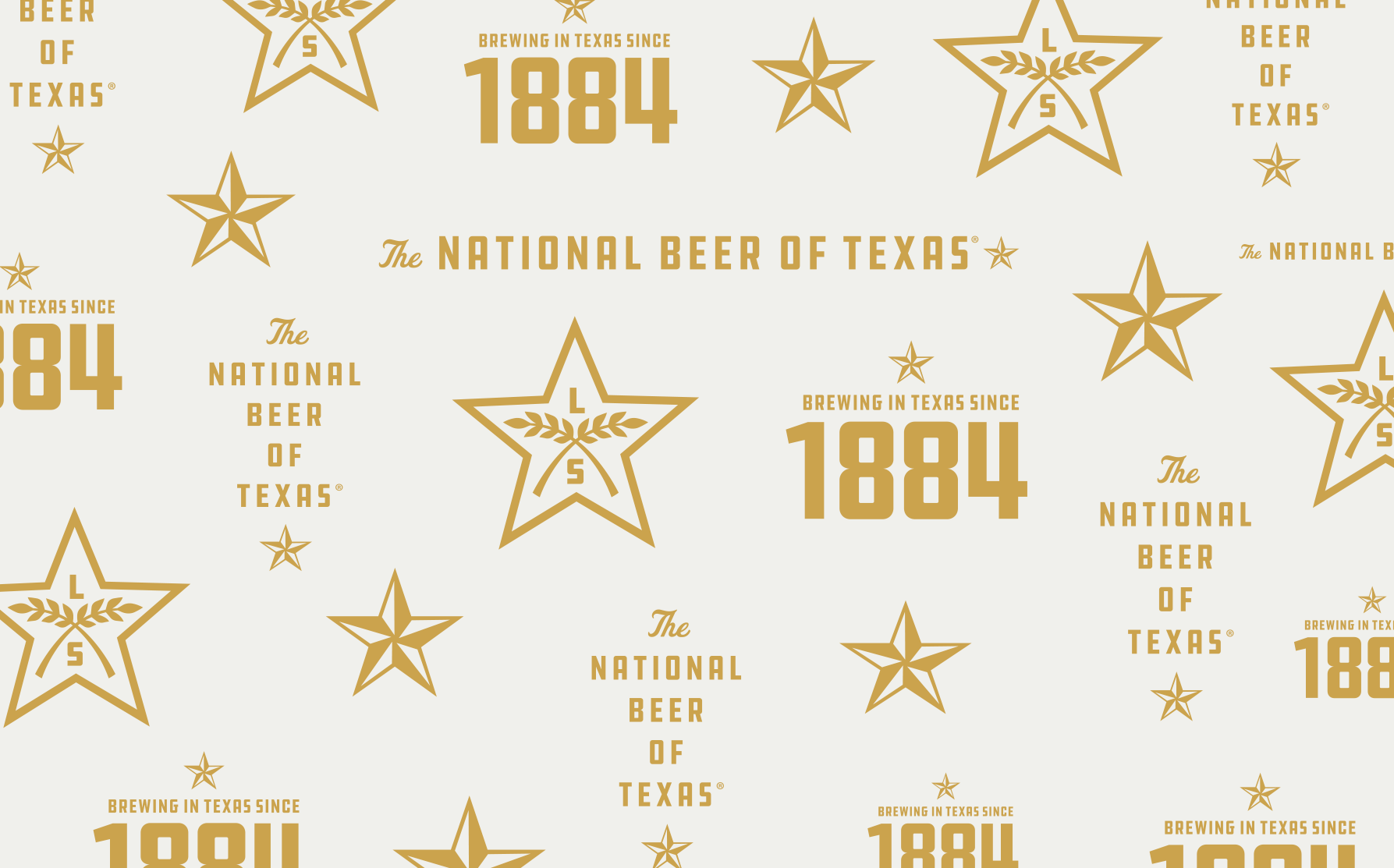 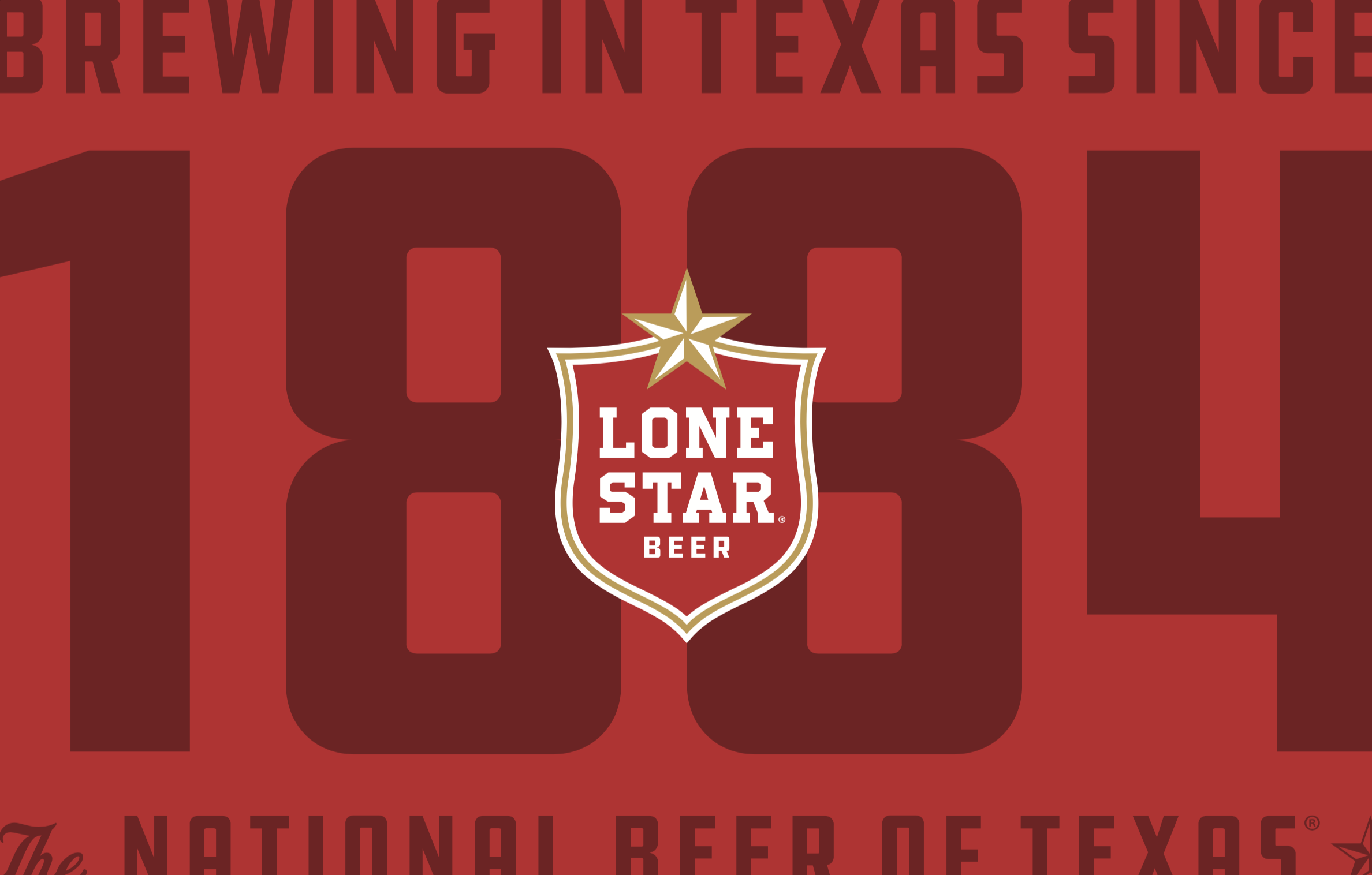 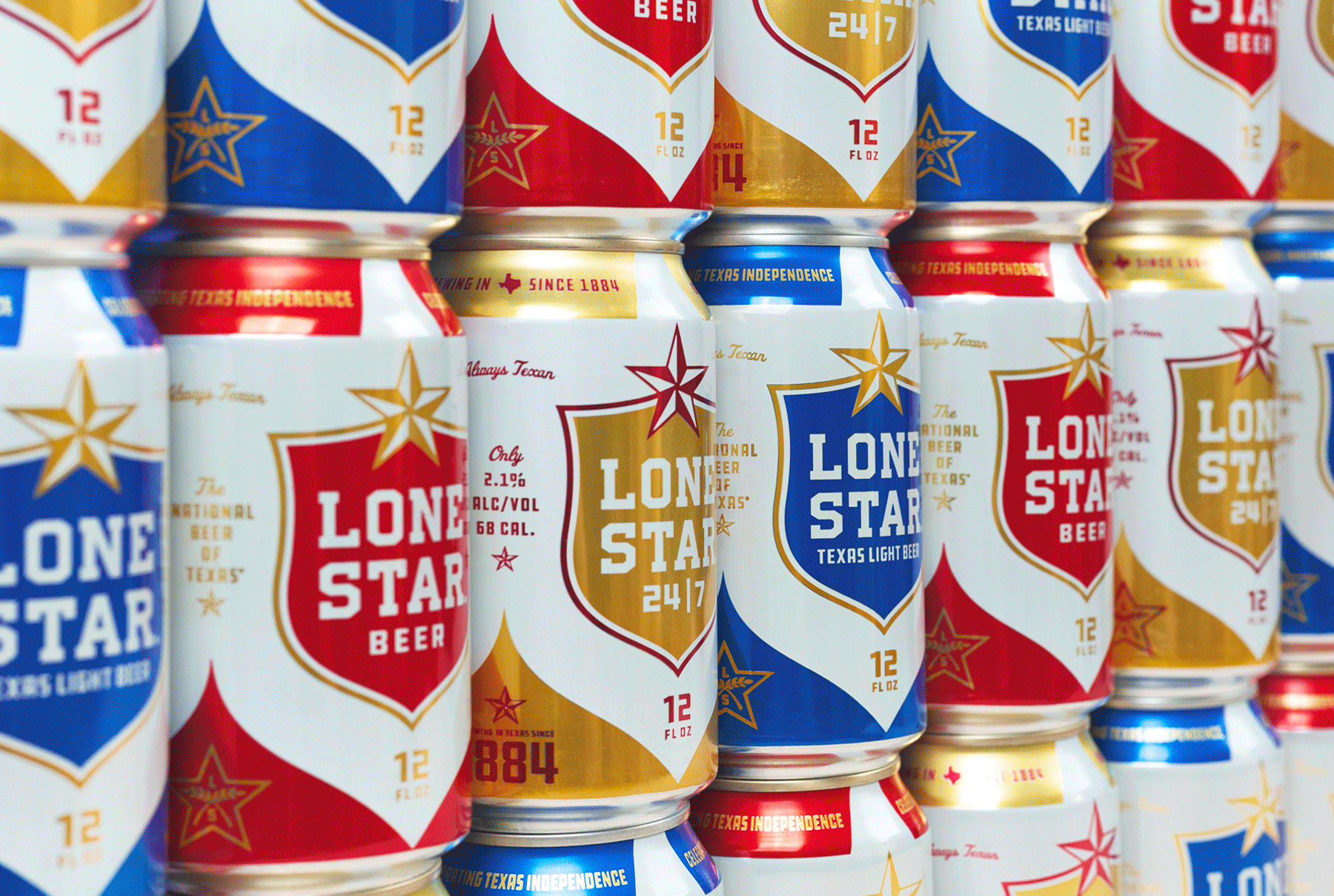 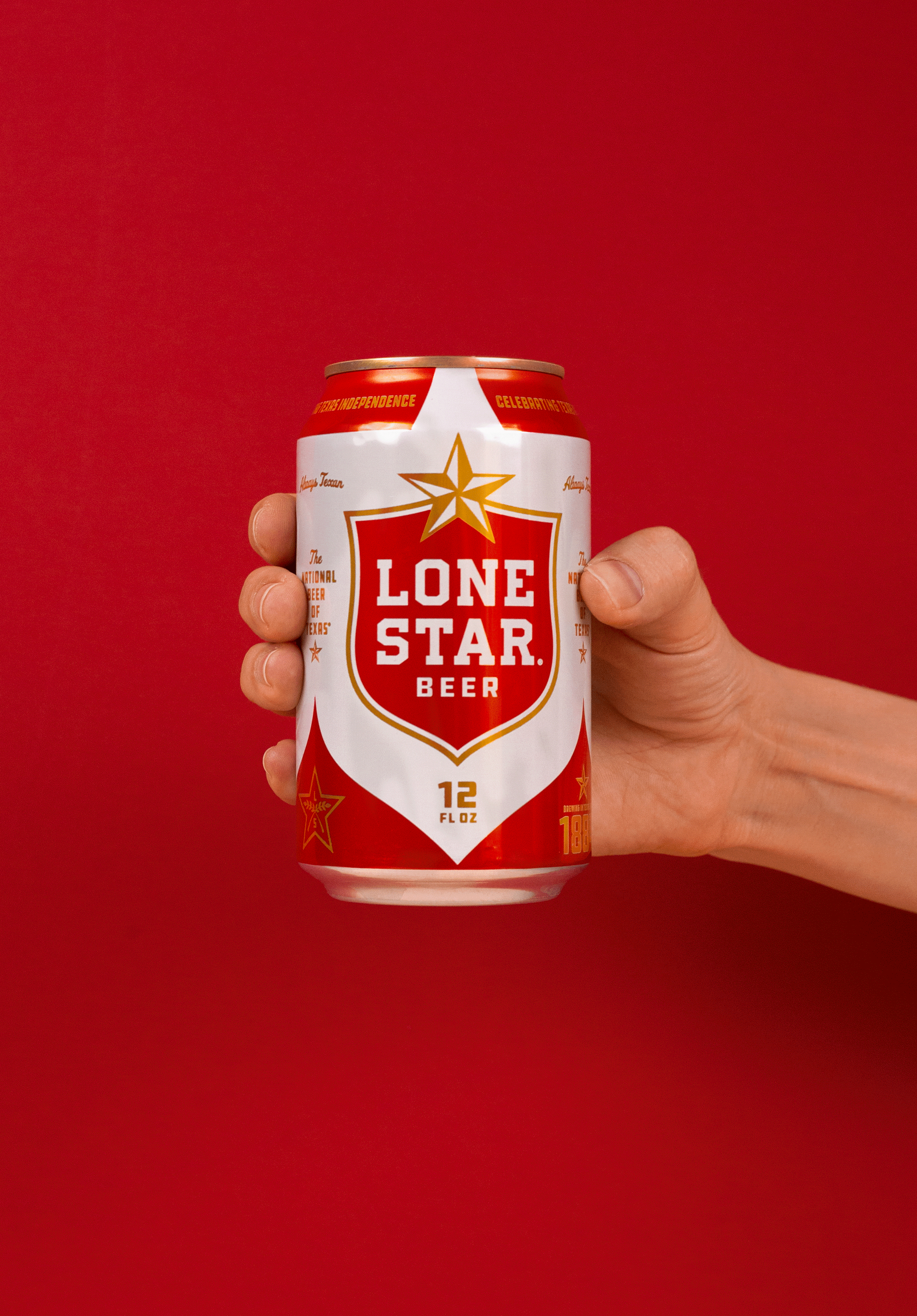 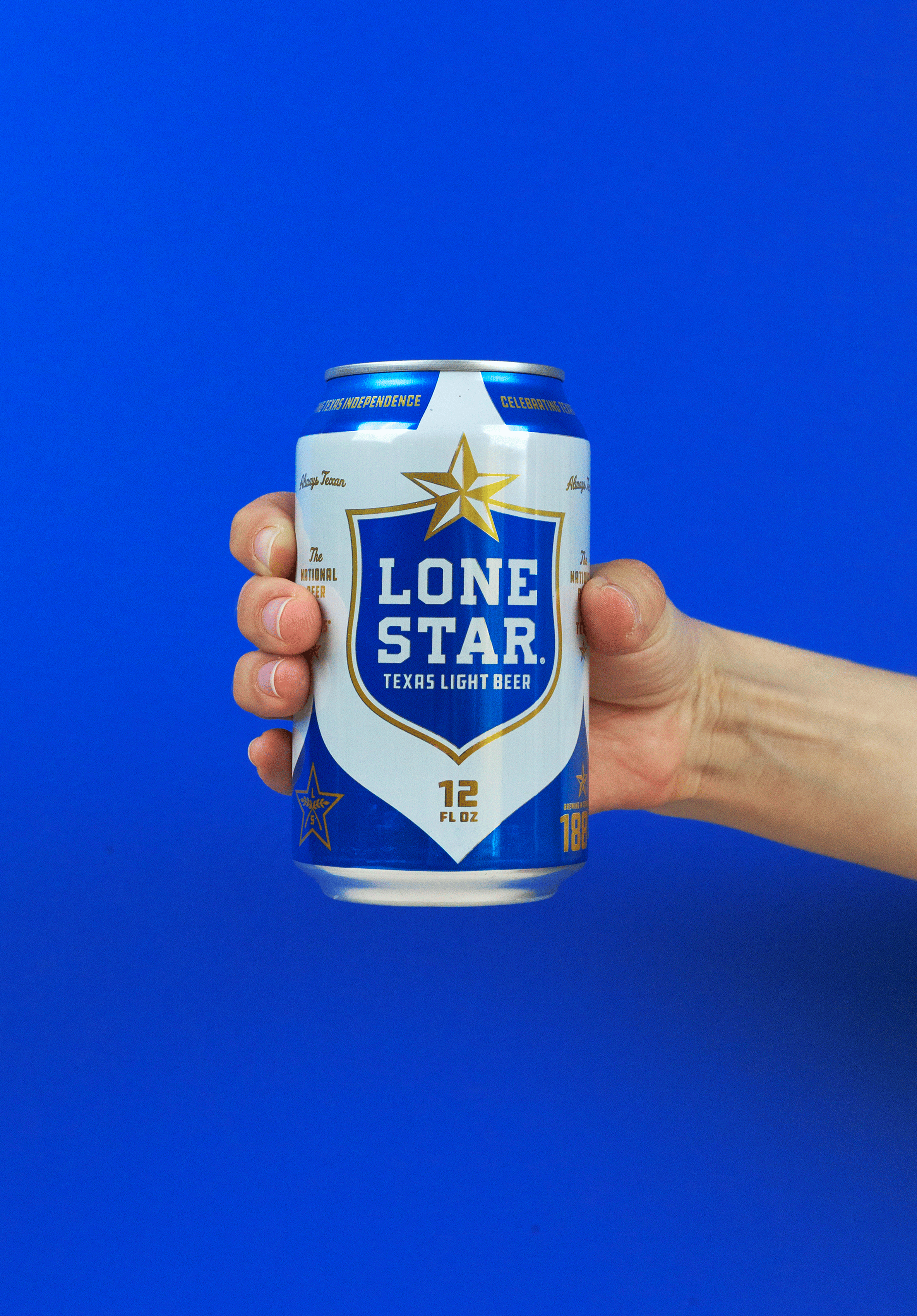 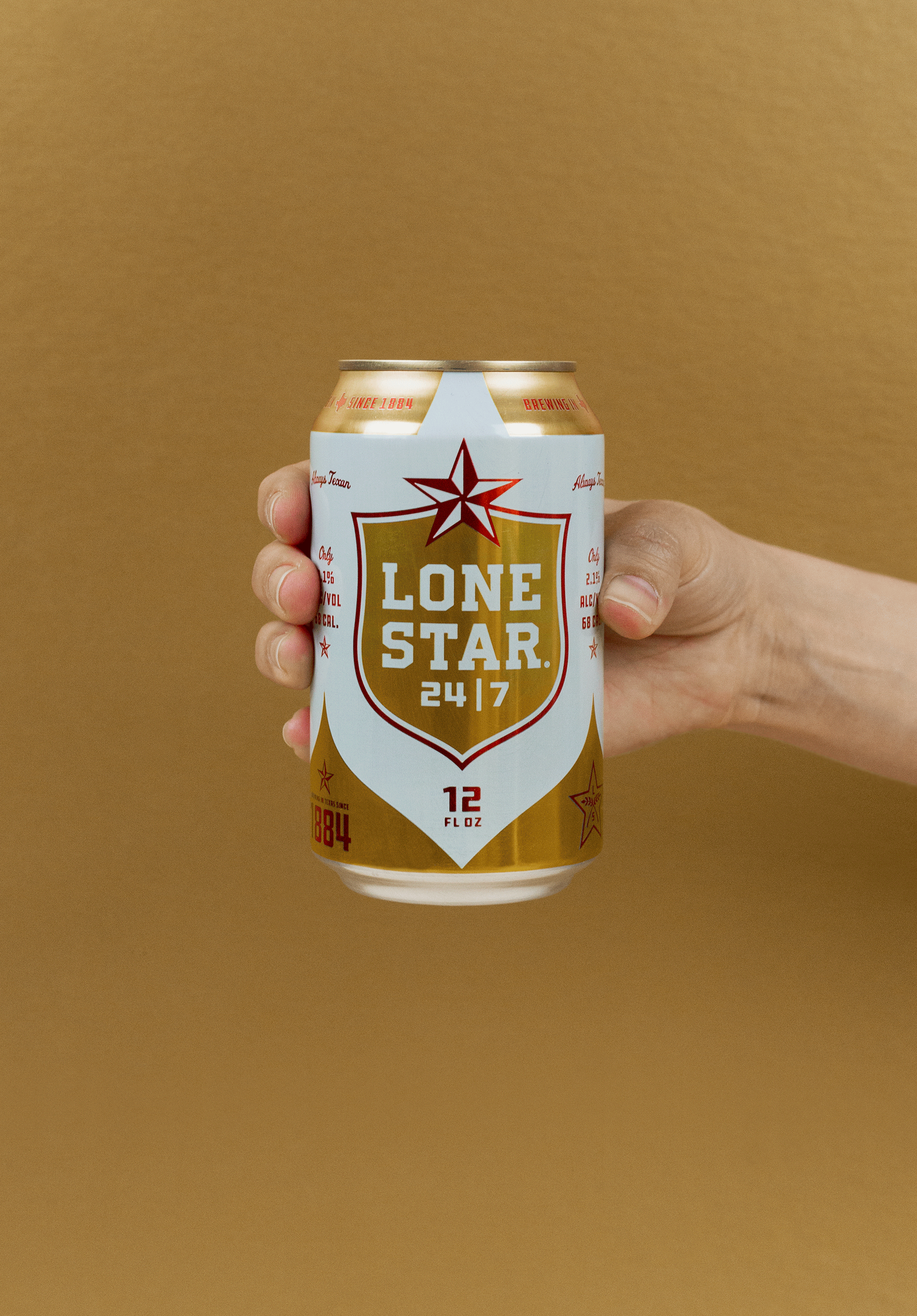 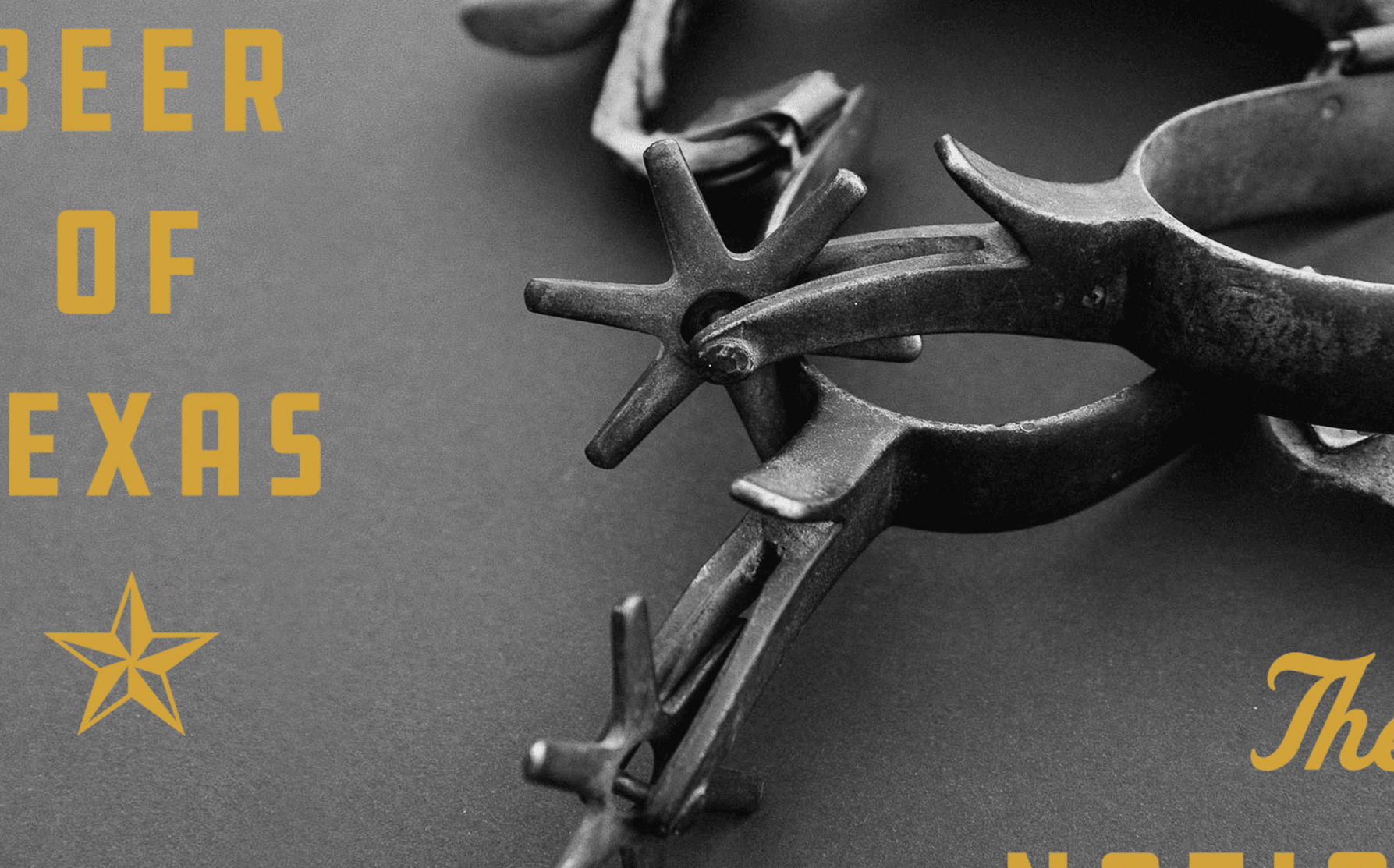 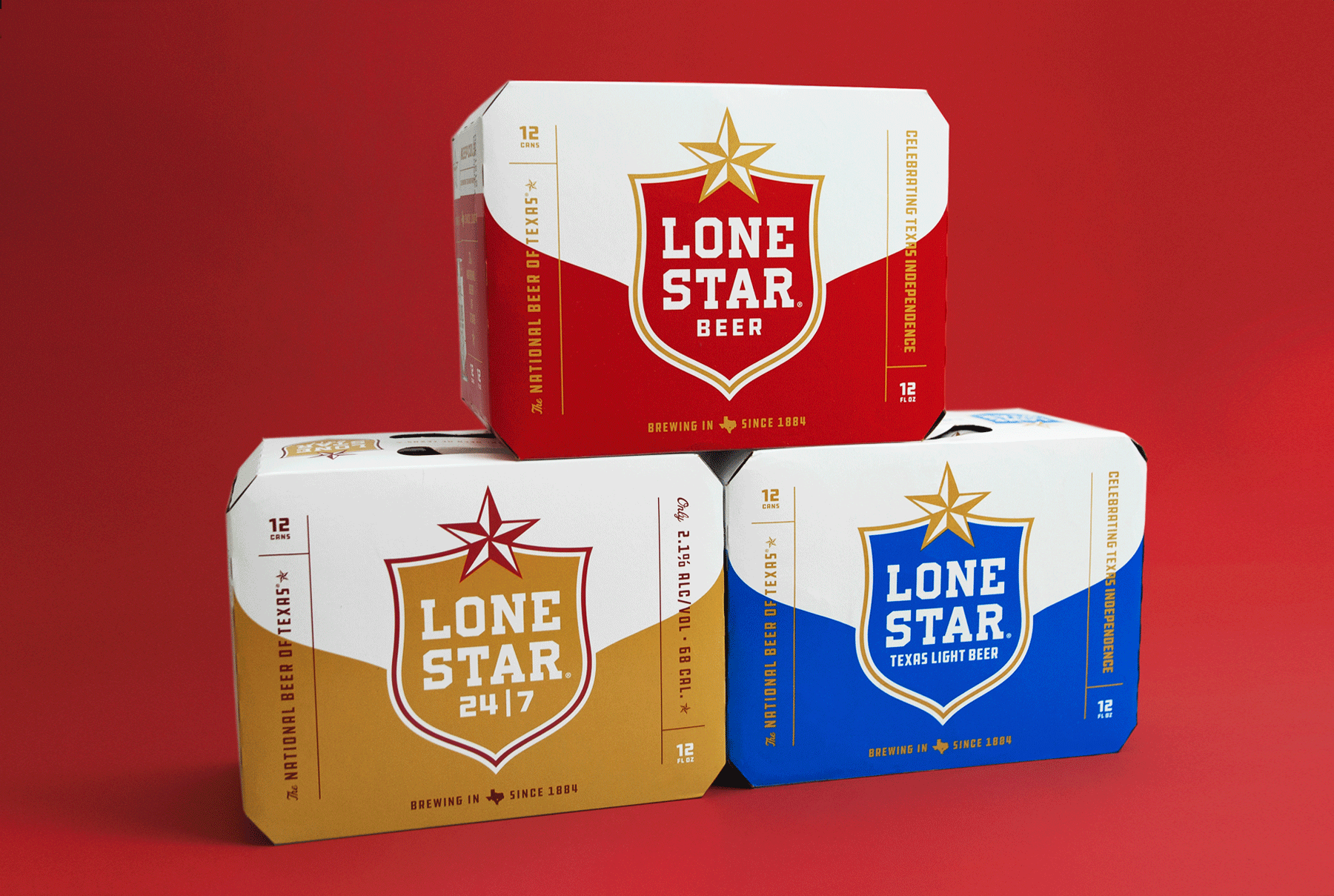 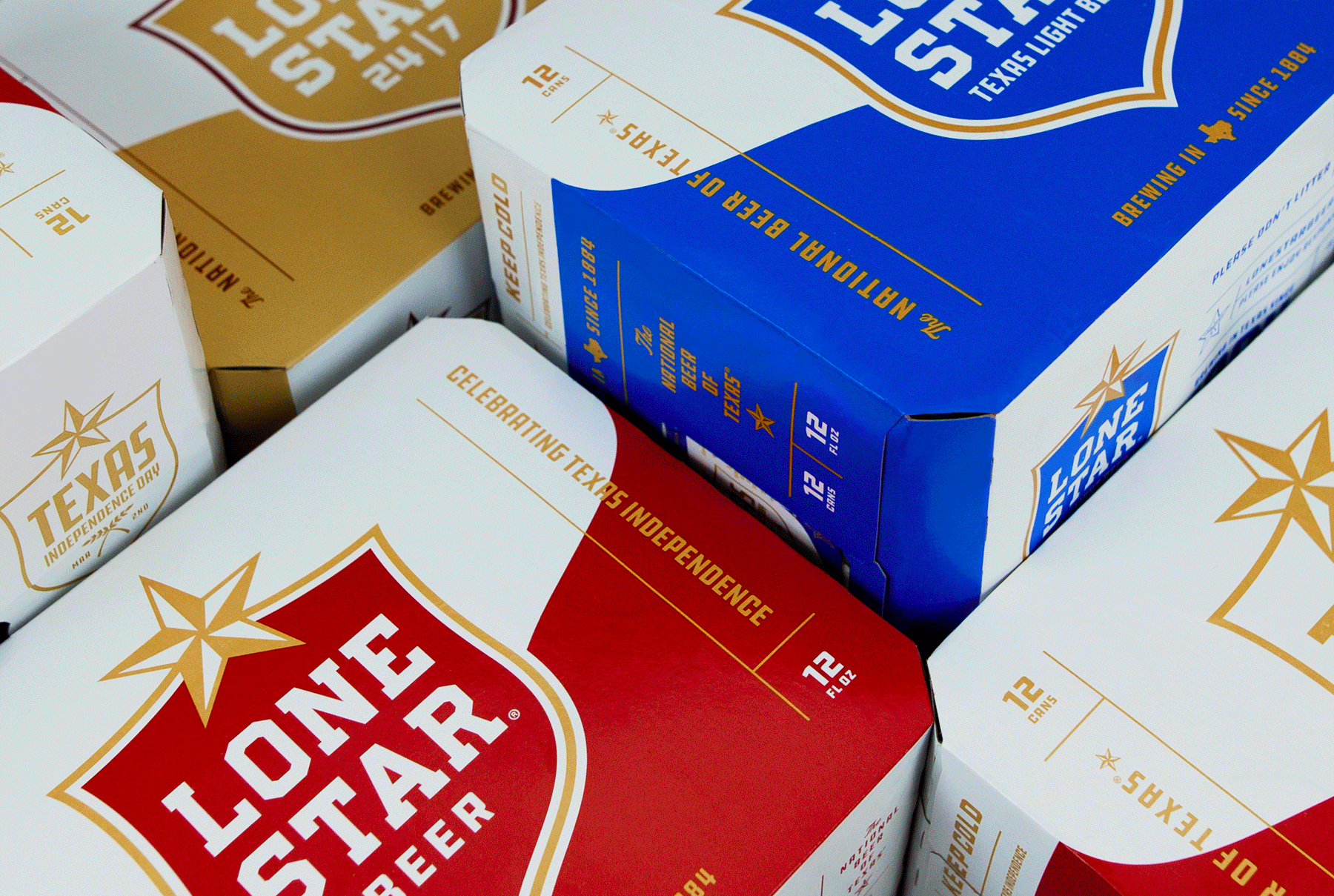 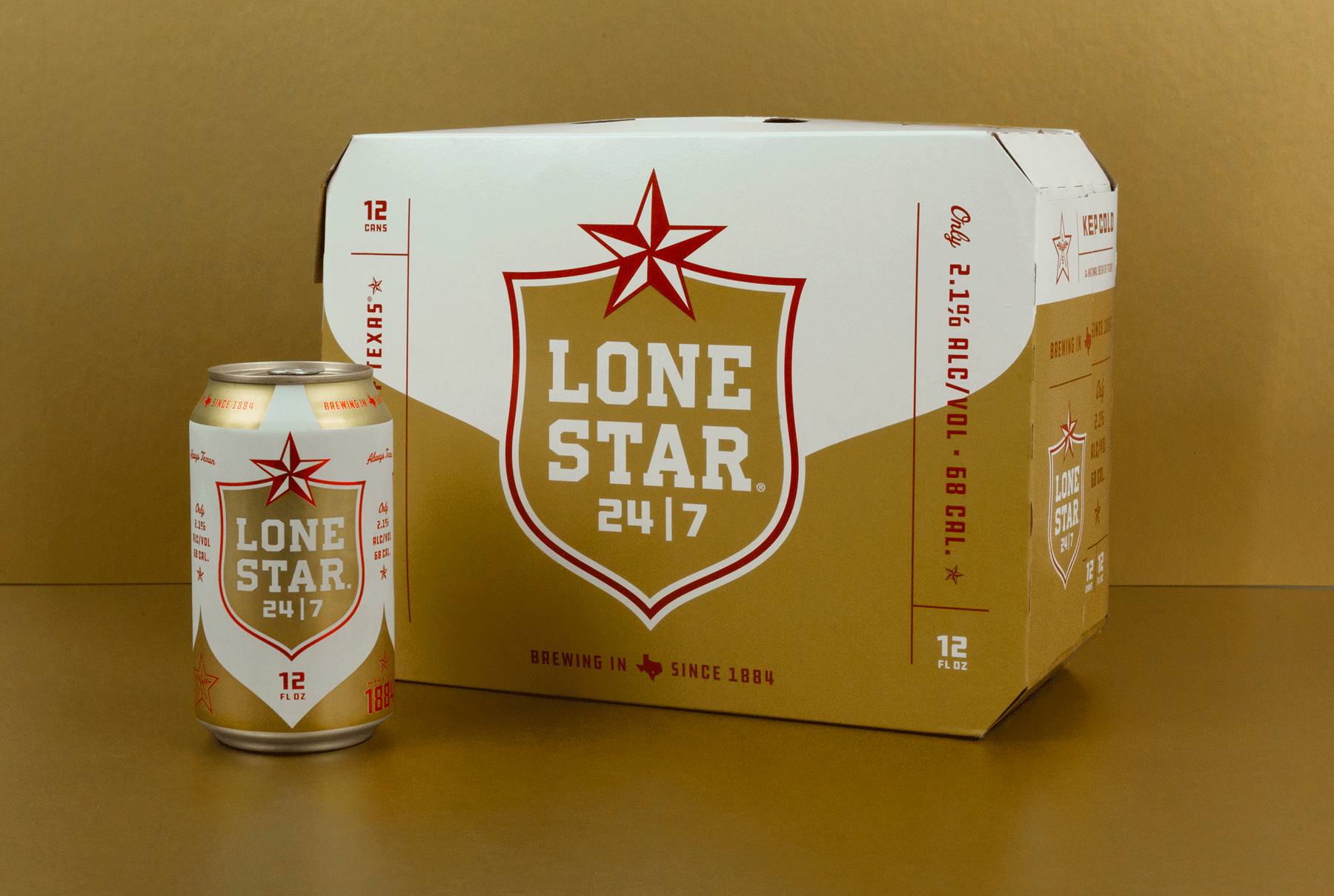 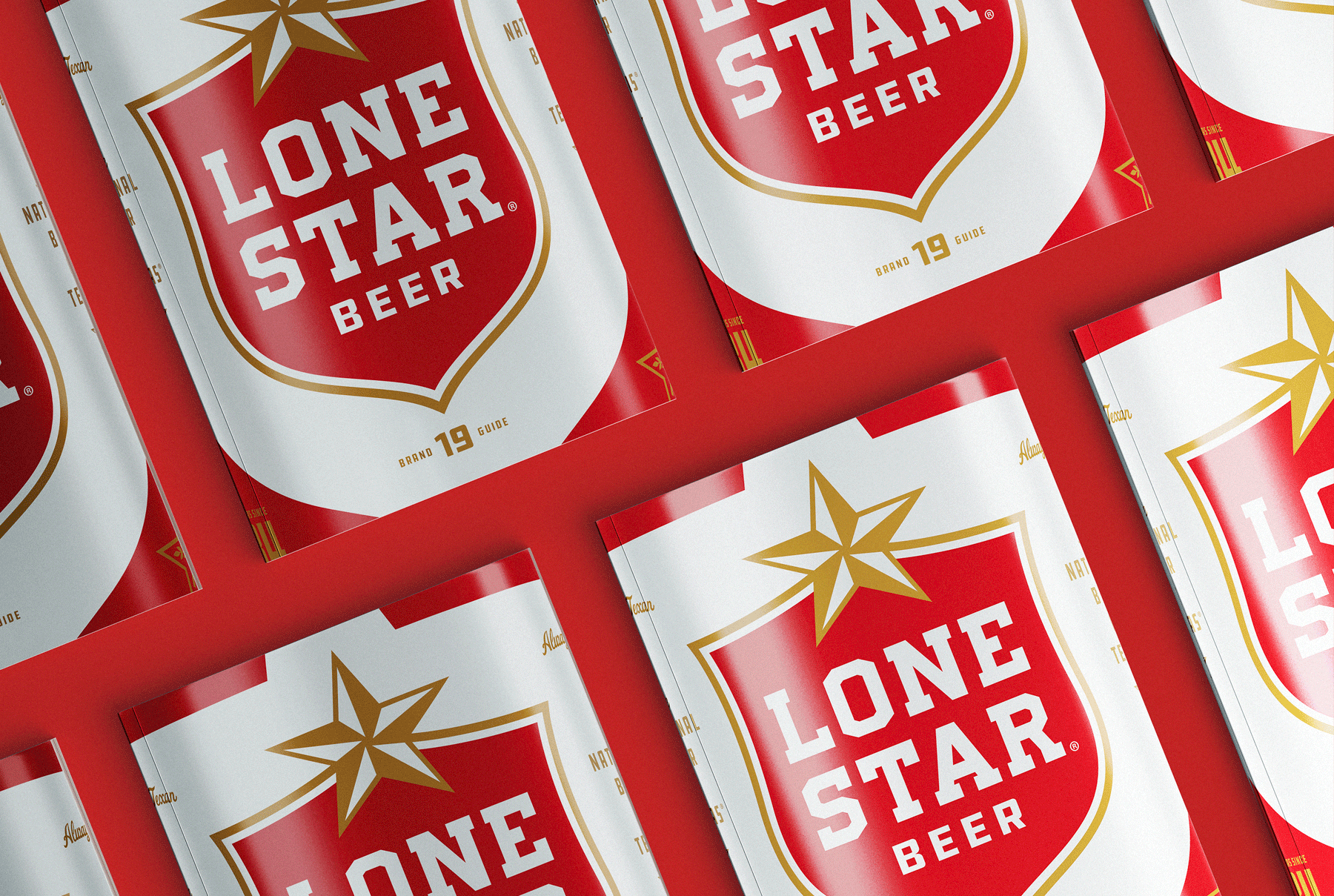 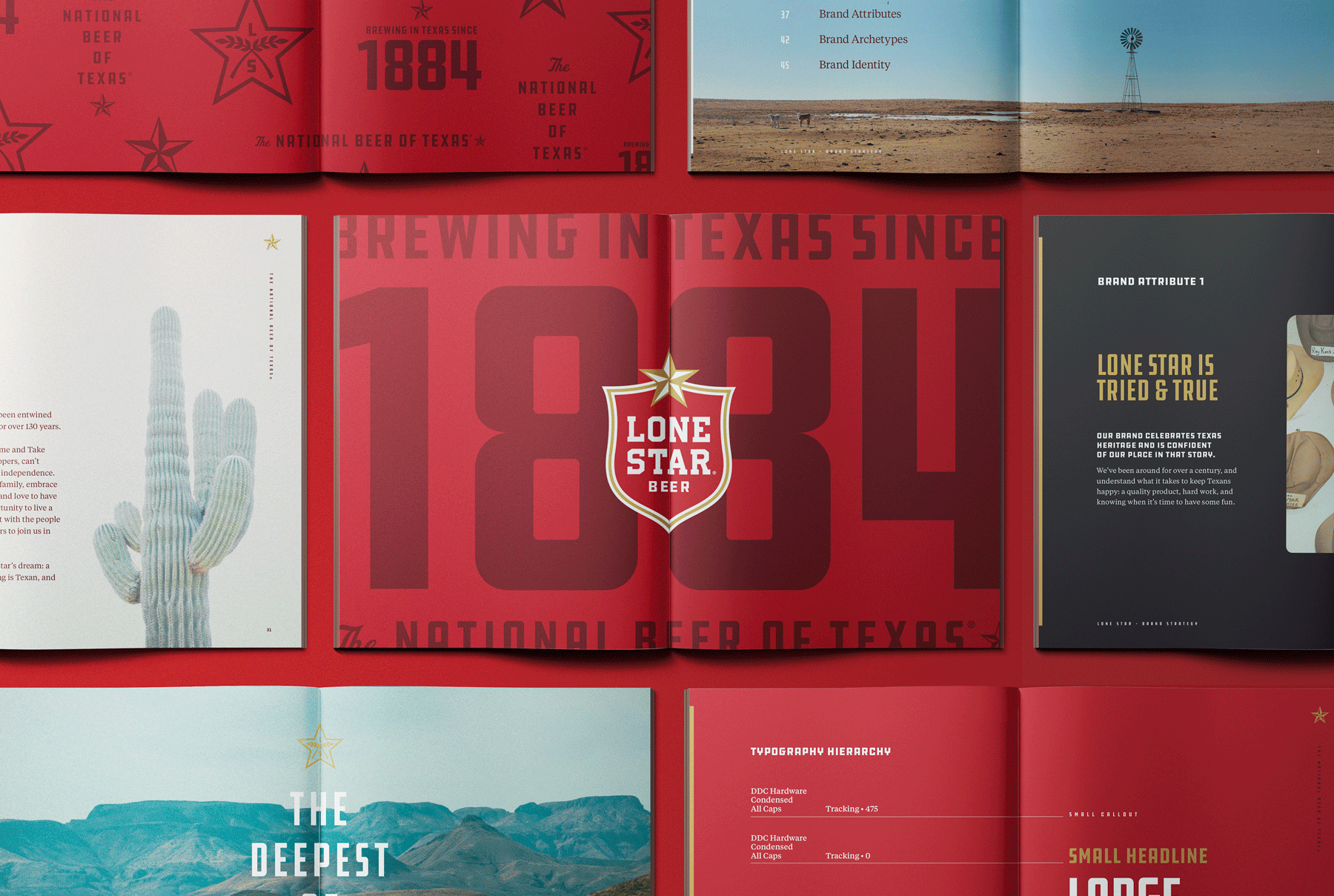 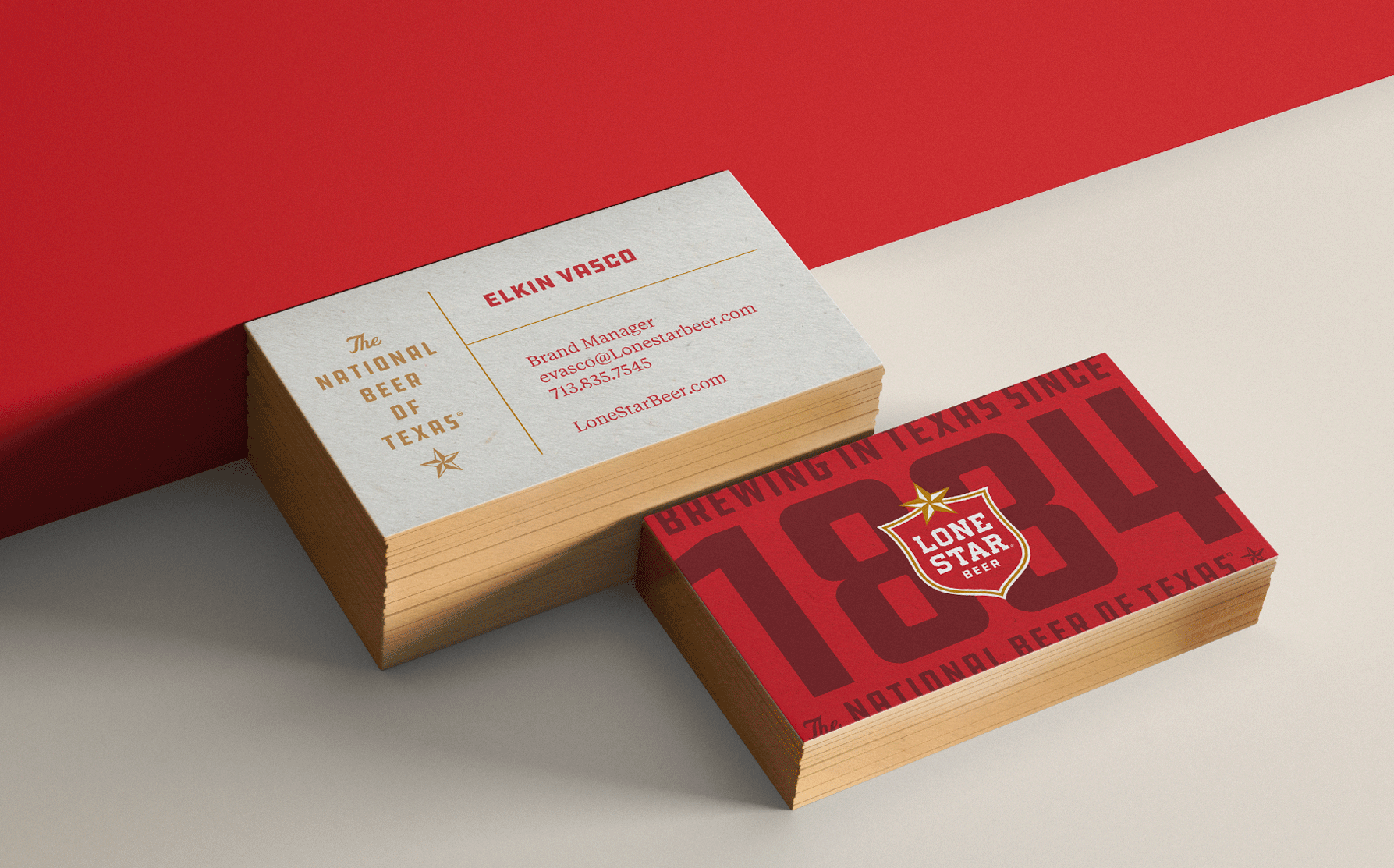 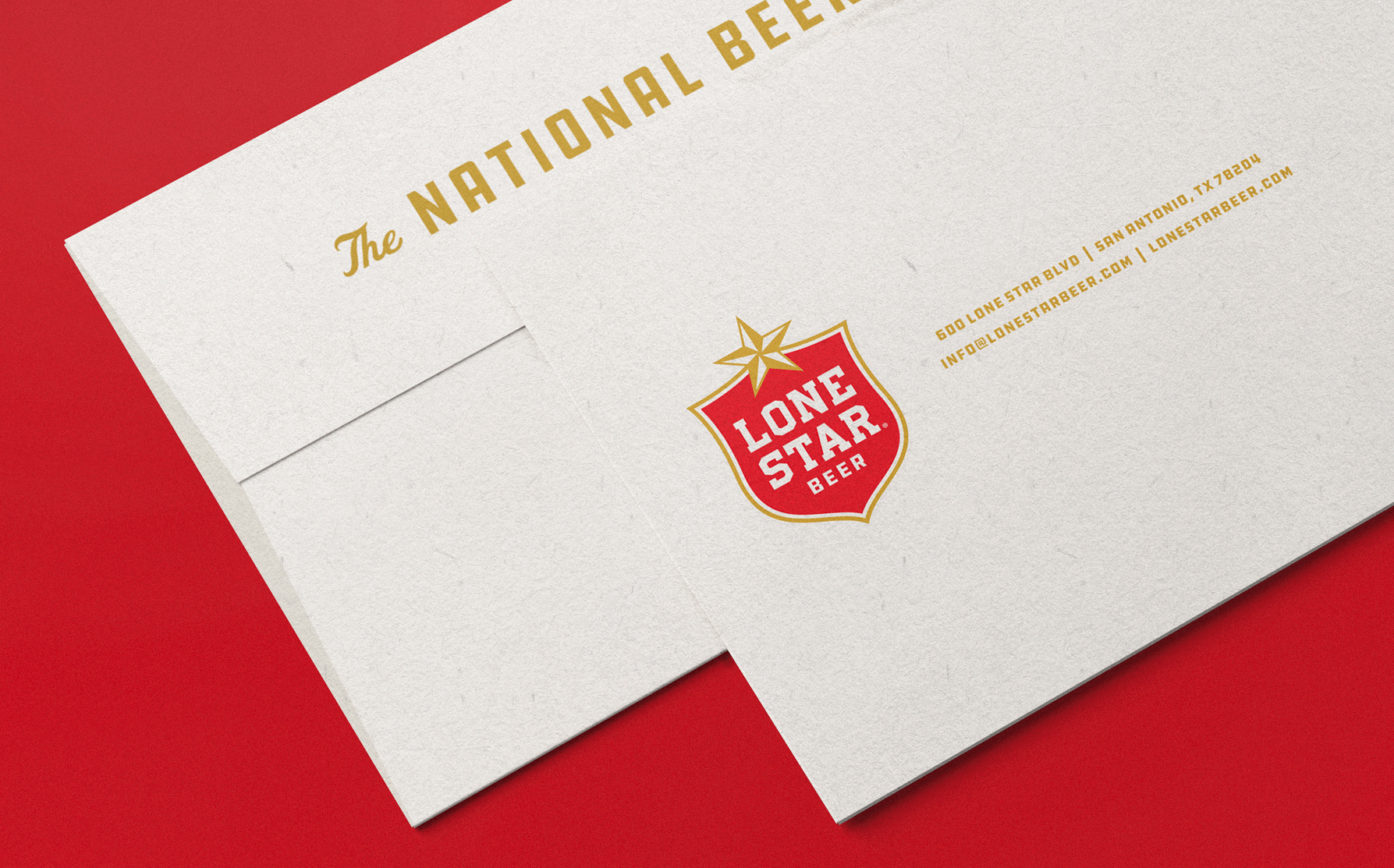 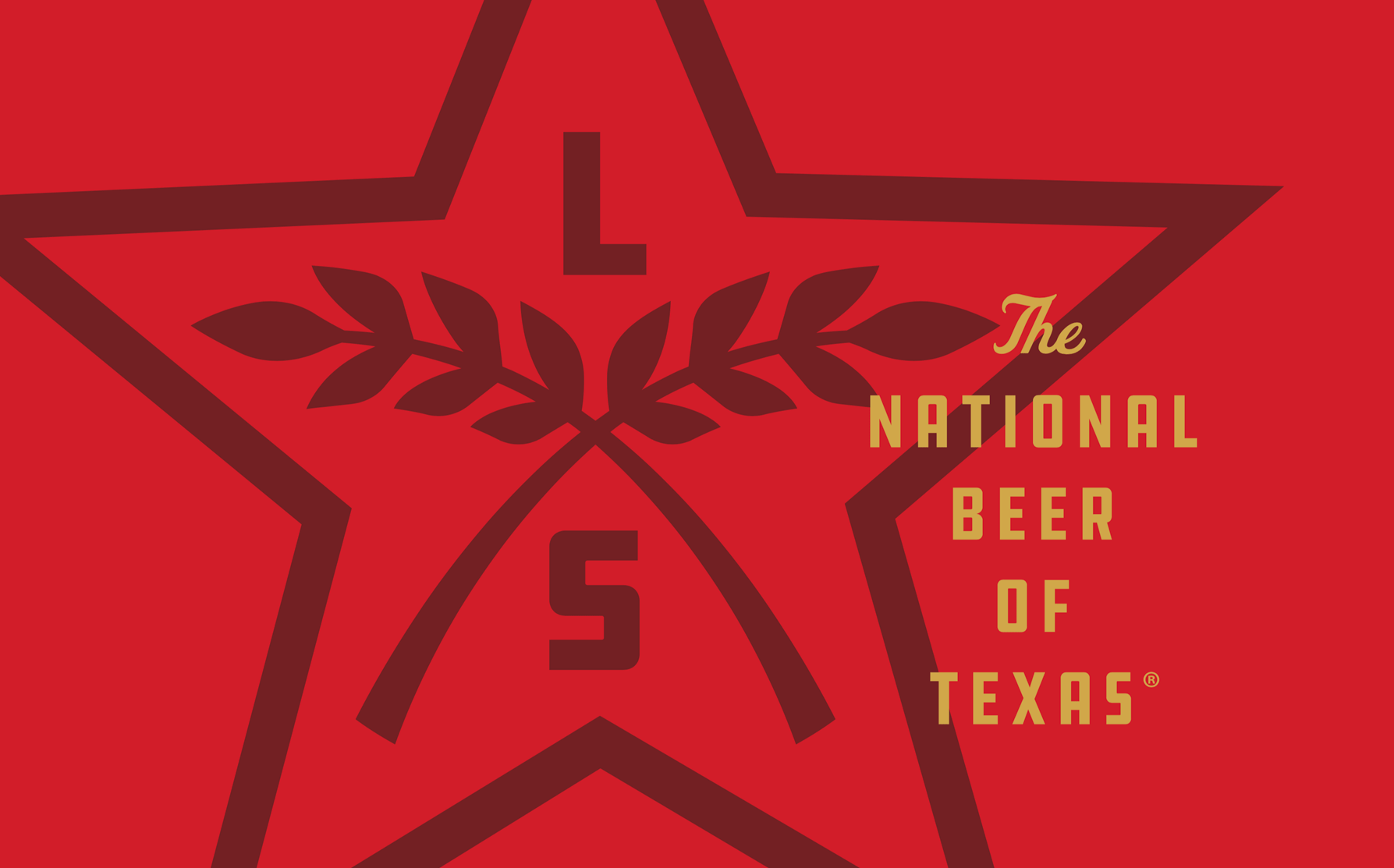 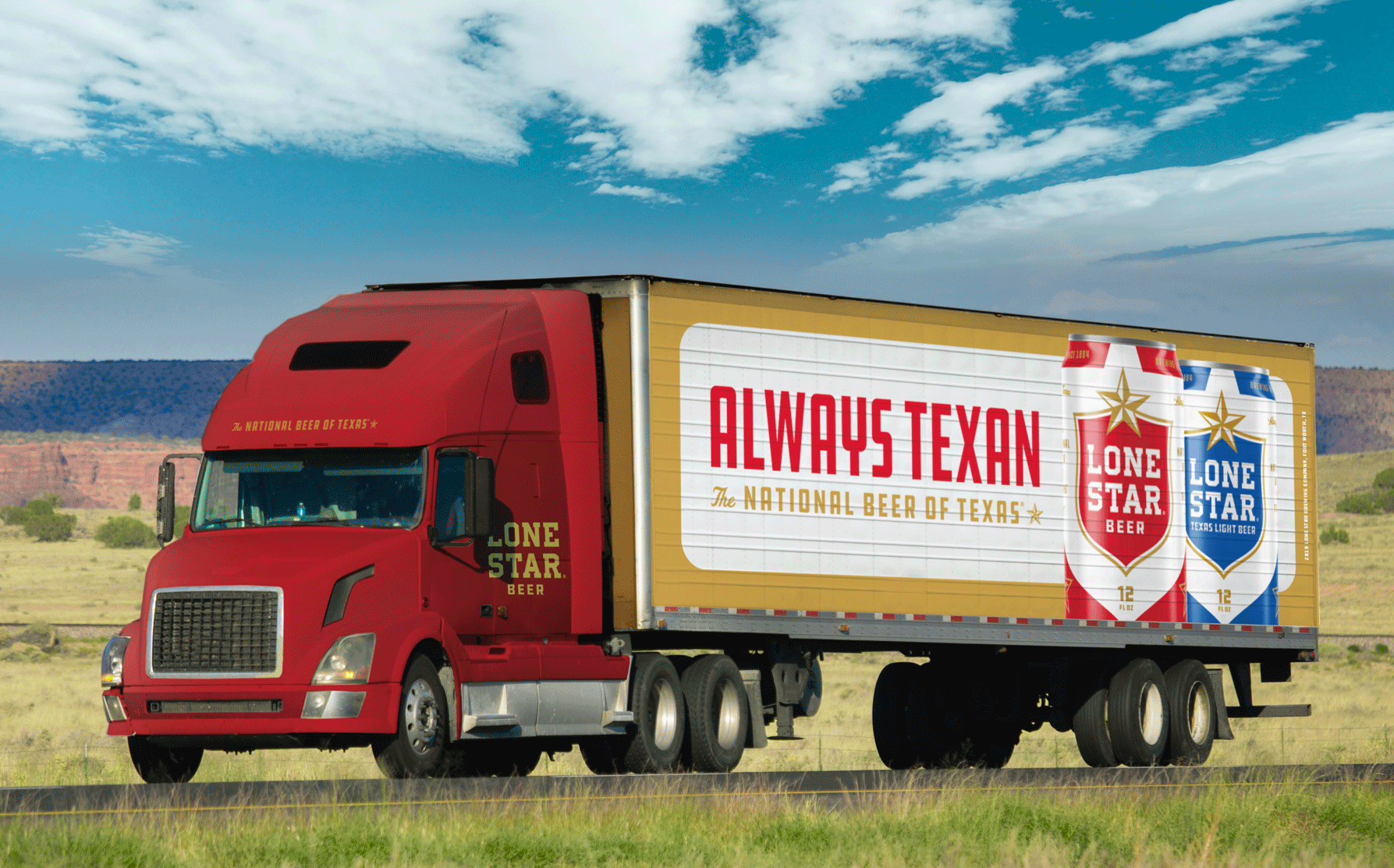 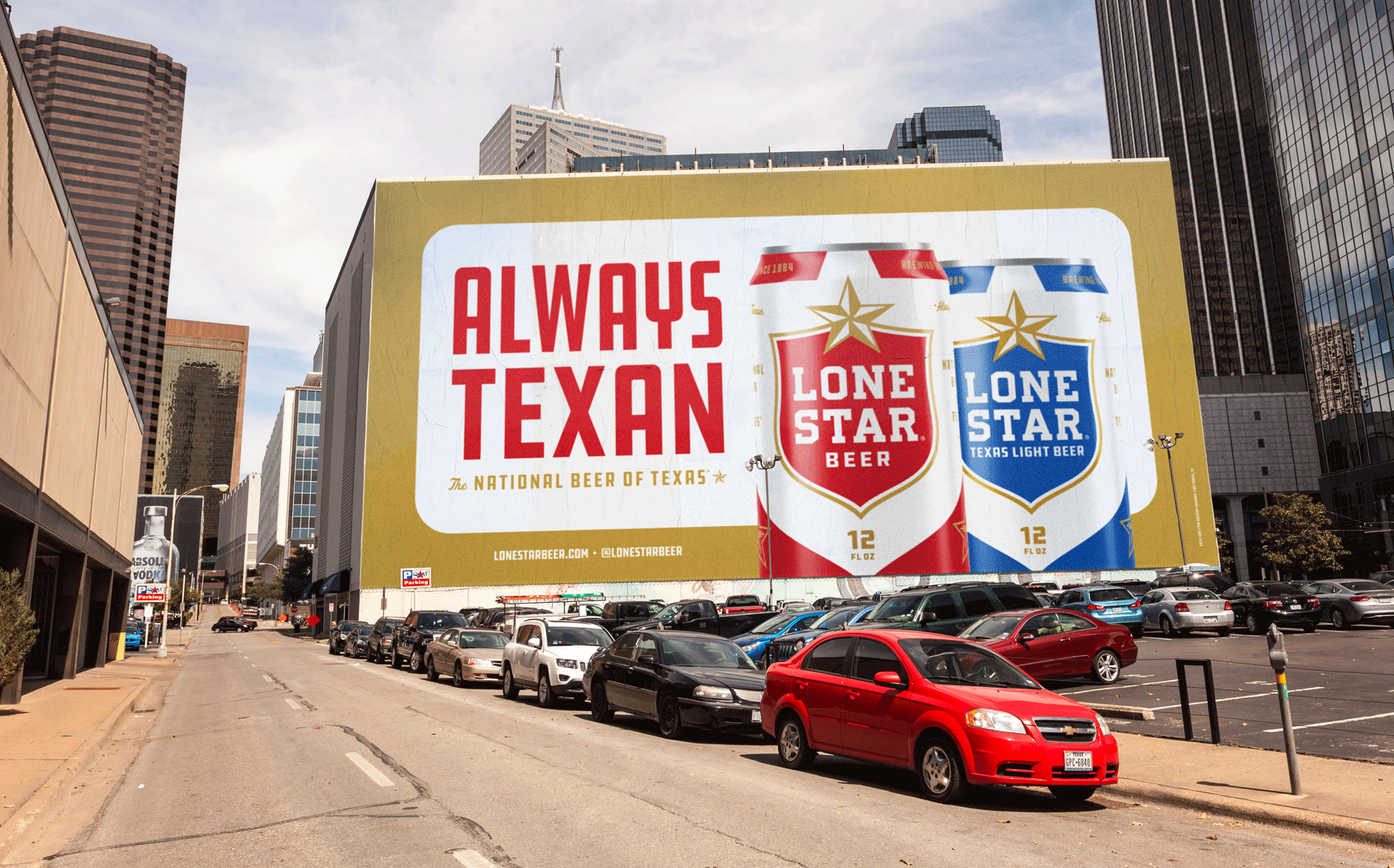 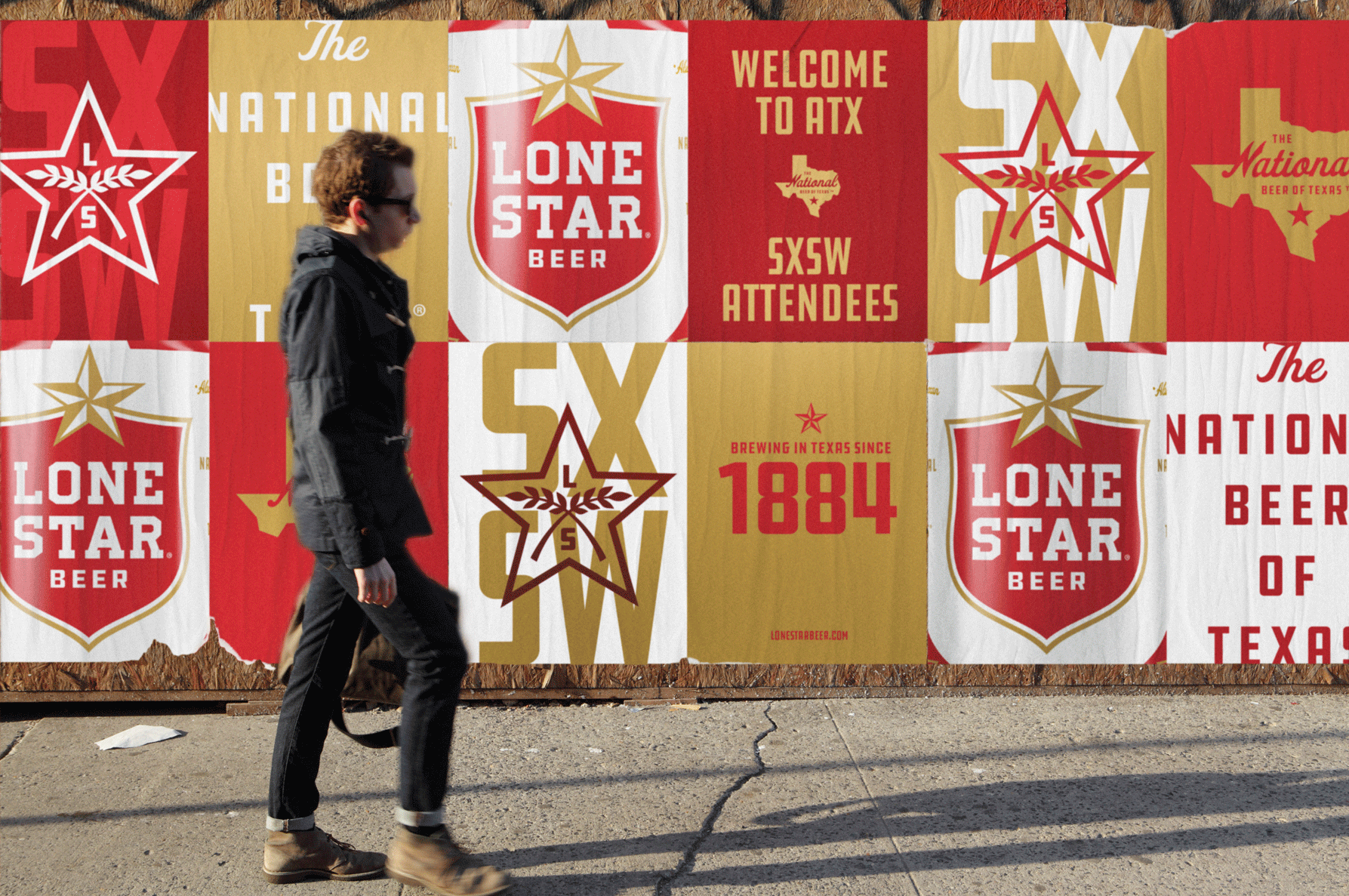