With simple typography at its core, Oakland, California’s

Original Pattern Brewing Company has managed to create a series of uniquely striking cans, to pair with its minimalistic and intriguing brand. Founded in 2018, the employee-owned brewery partnered with San Francisco-based design firm
Related Reads
Culture
A Beginner’s Guide to Hop Blends: How BSG Hops Is Changing the Entire Hop Game
Culture
The Story Behind Luponic Distortion: Firestone Walker’s Experimental Hop Series
Culture
What Is the Pink Boots Society?
Play to create a flexible and kinetic visual identity system.

From the design team:

Play partnered with Original Pattern Brewing Company to create something that could grow, evolve, and reflect the spirit of a company committed to constant flavor experimentation. The Original Pattern name was the genesis of the system, made of consistent elements that rearrange, rotate, expand and contract. Every new brew has a different typeface, color, and pattern based on its taste, the hops it uses, and, of course, its name.

It’s refreshing to see such a unique departure from the world of craft beer branding and packaging. What some might consider a very design-nerd-designed label system is actually a fresh take on a brewery’s packaging ‘template.’ The consistency lies in the utilization of scaled down letterforms to create larger visuals, and do so in a unified color palette. This is a great way to build intrigue and excitement for each subsequent can release.

We find the typography patterns to be, well…original. And we dig that. 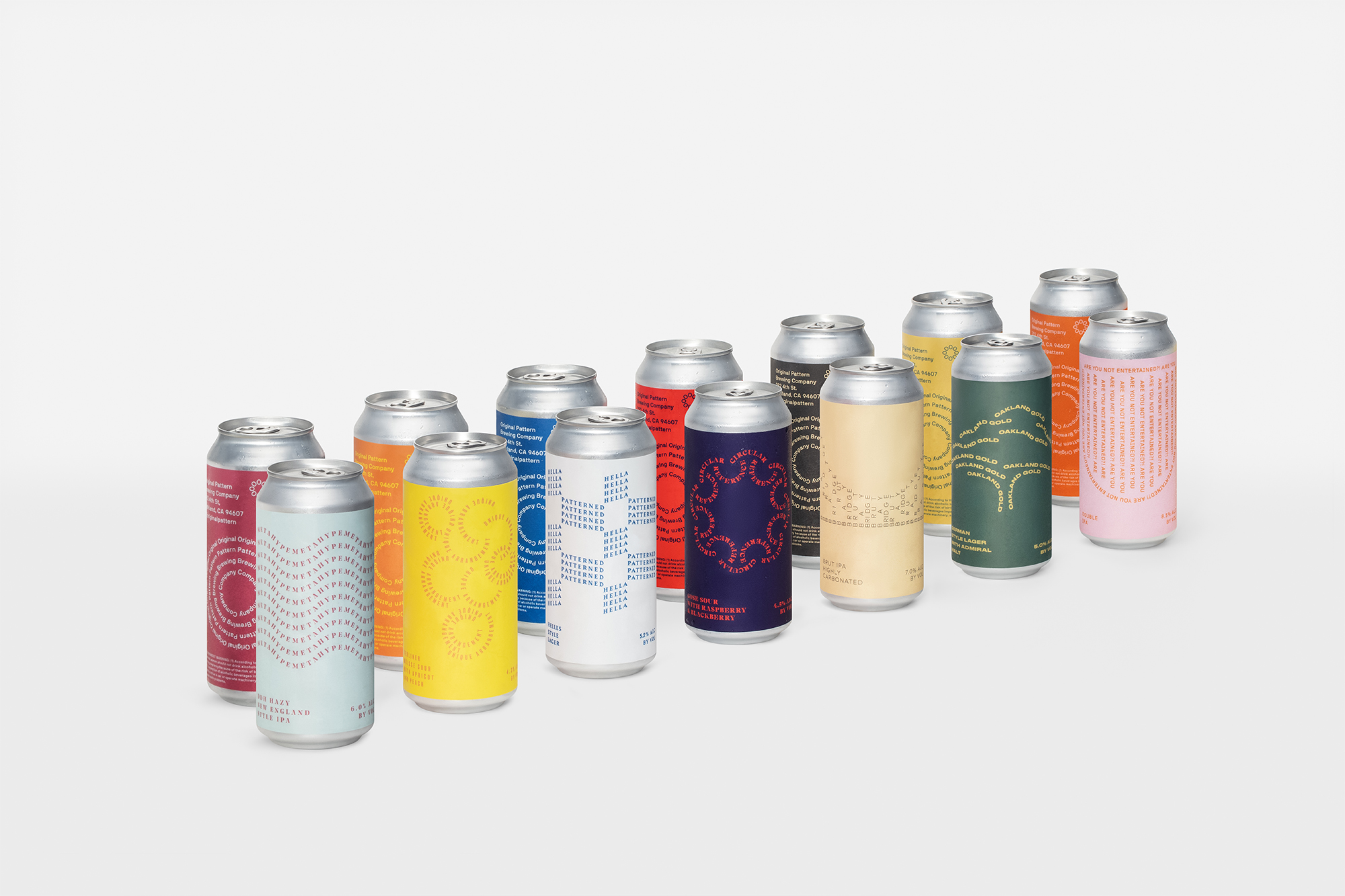 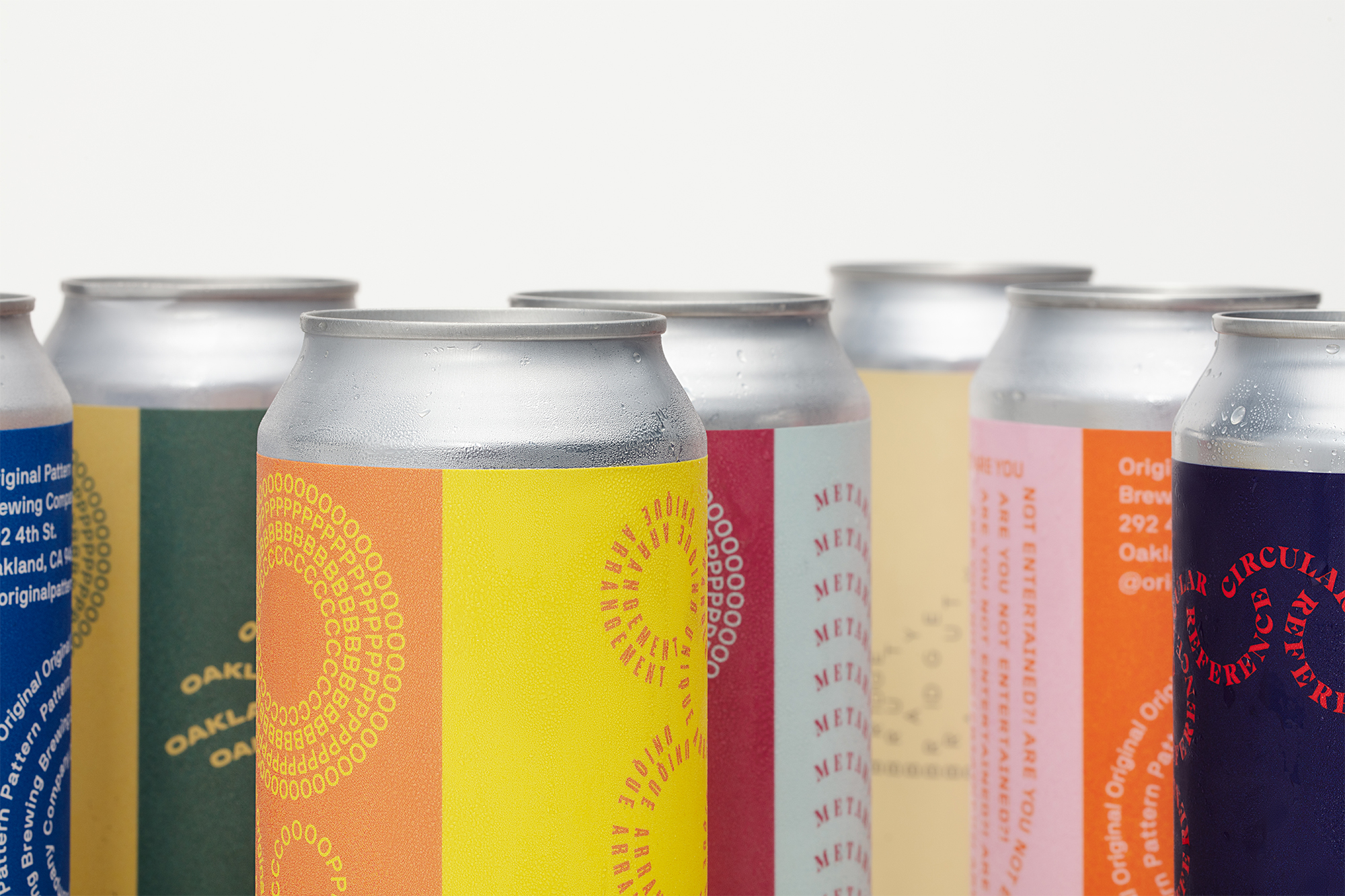 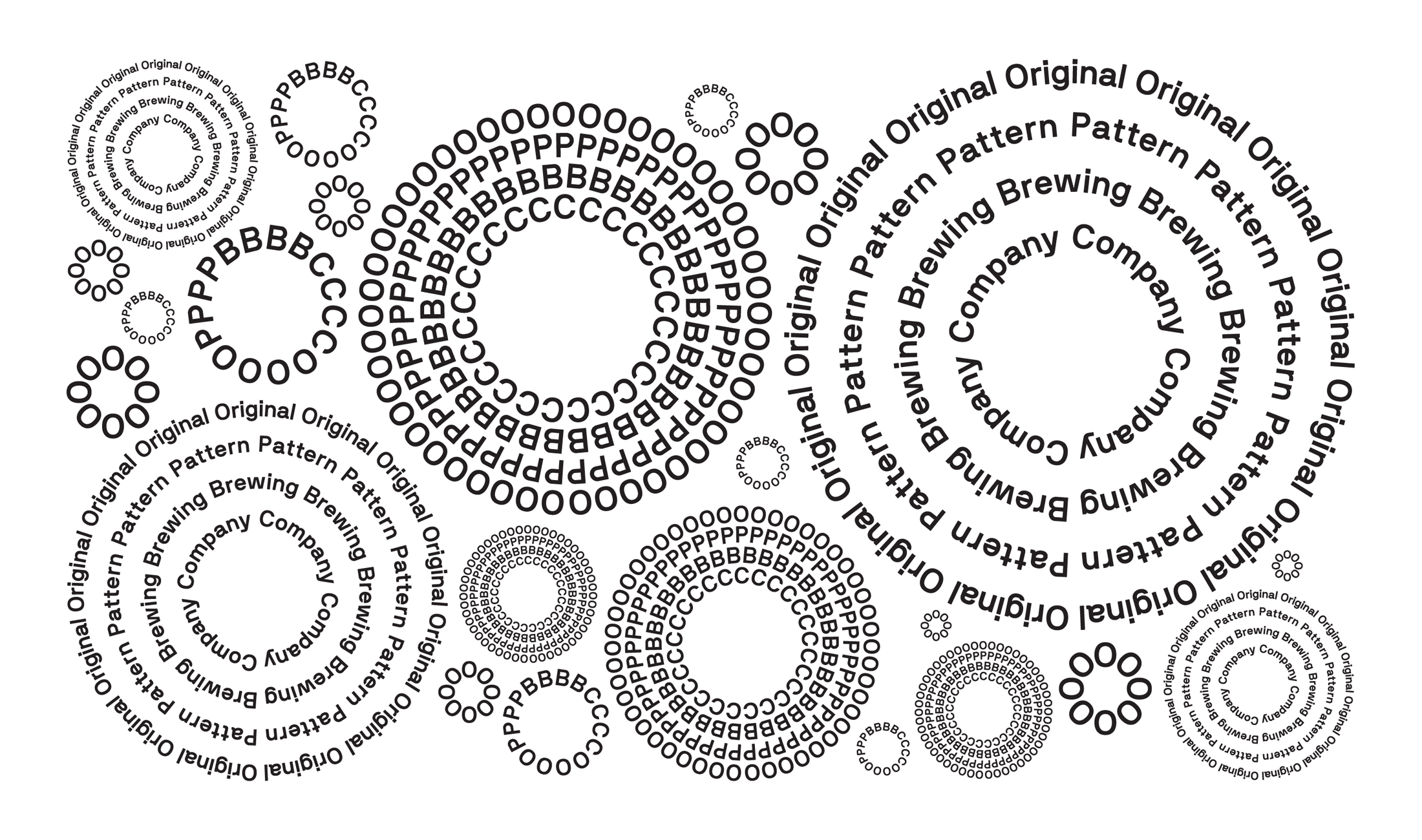 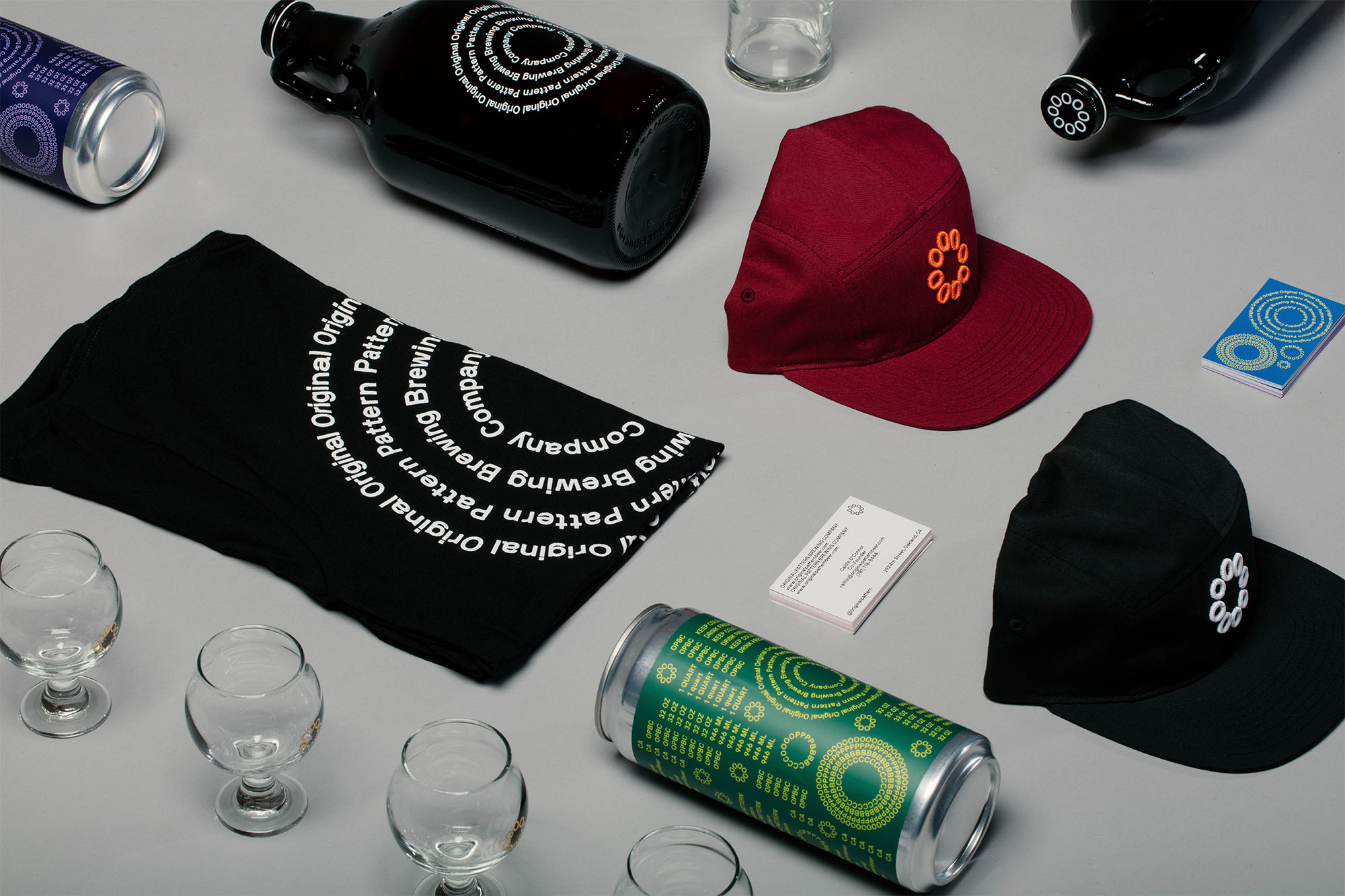 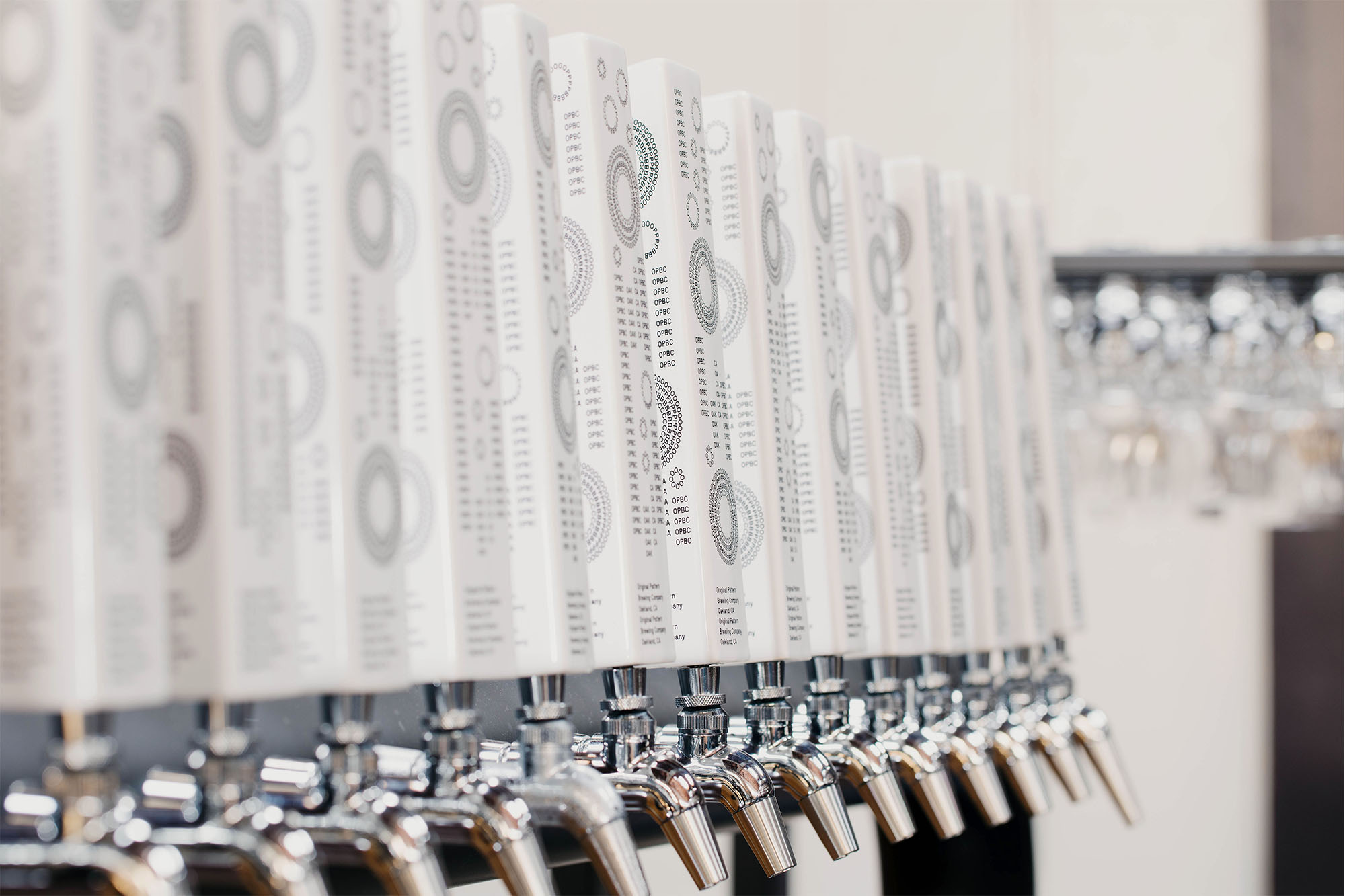 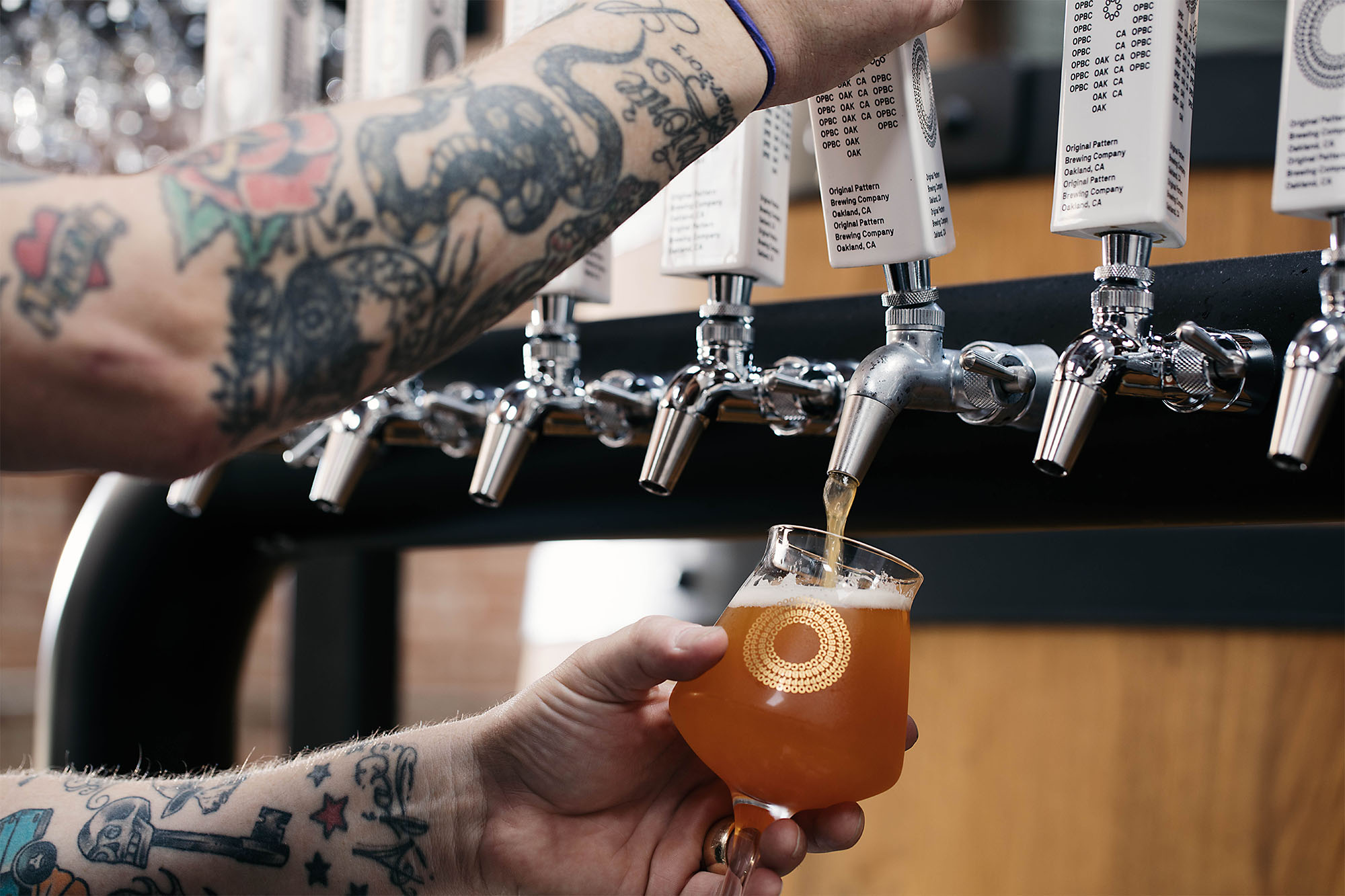 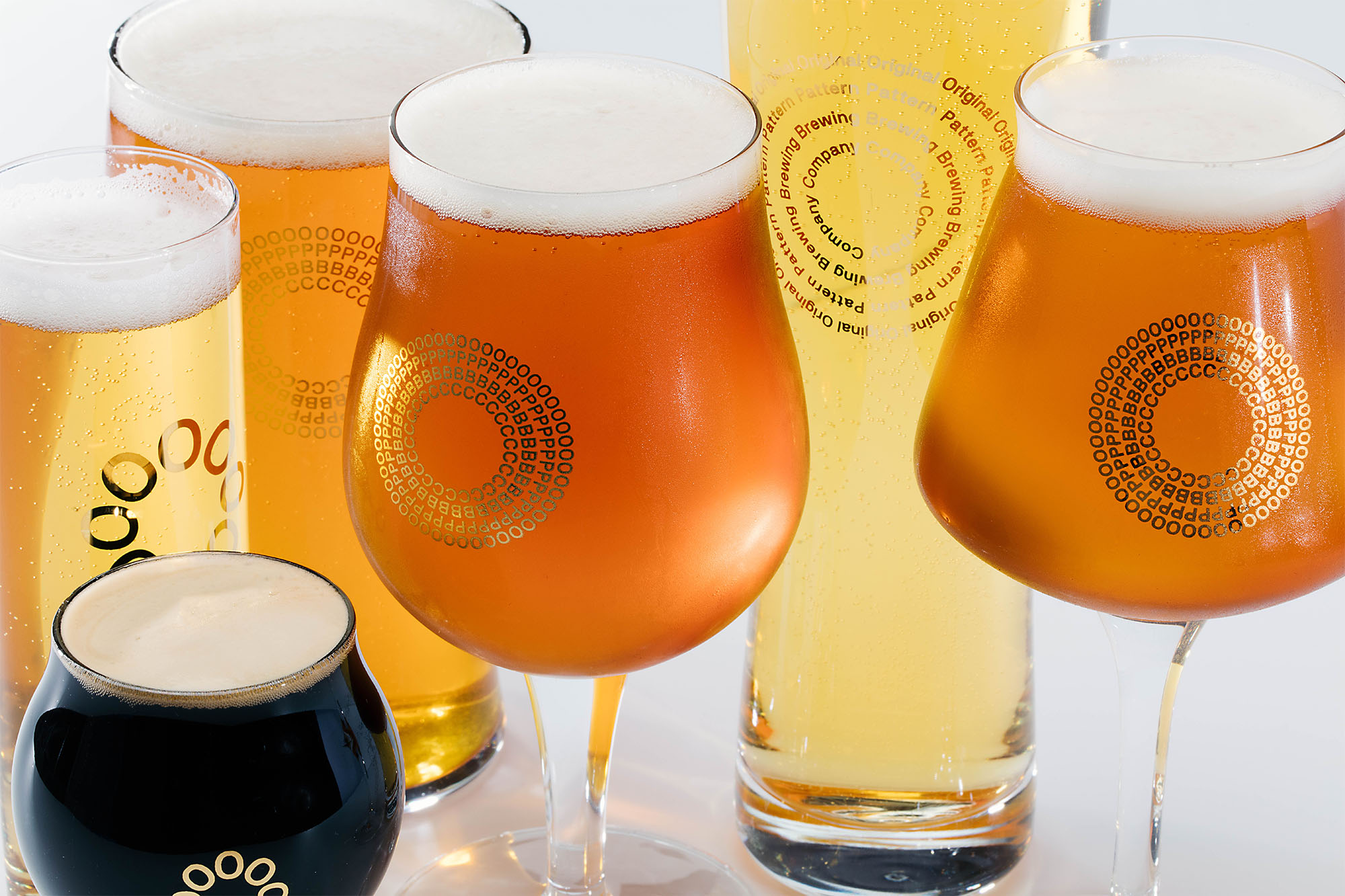 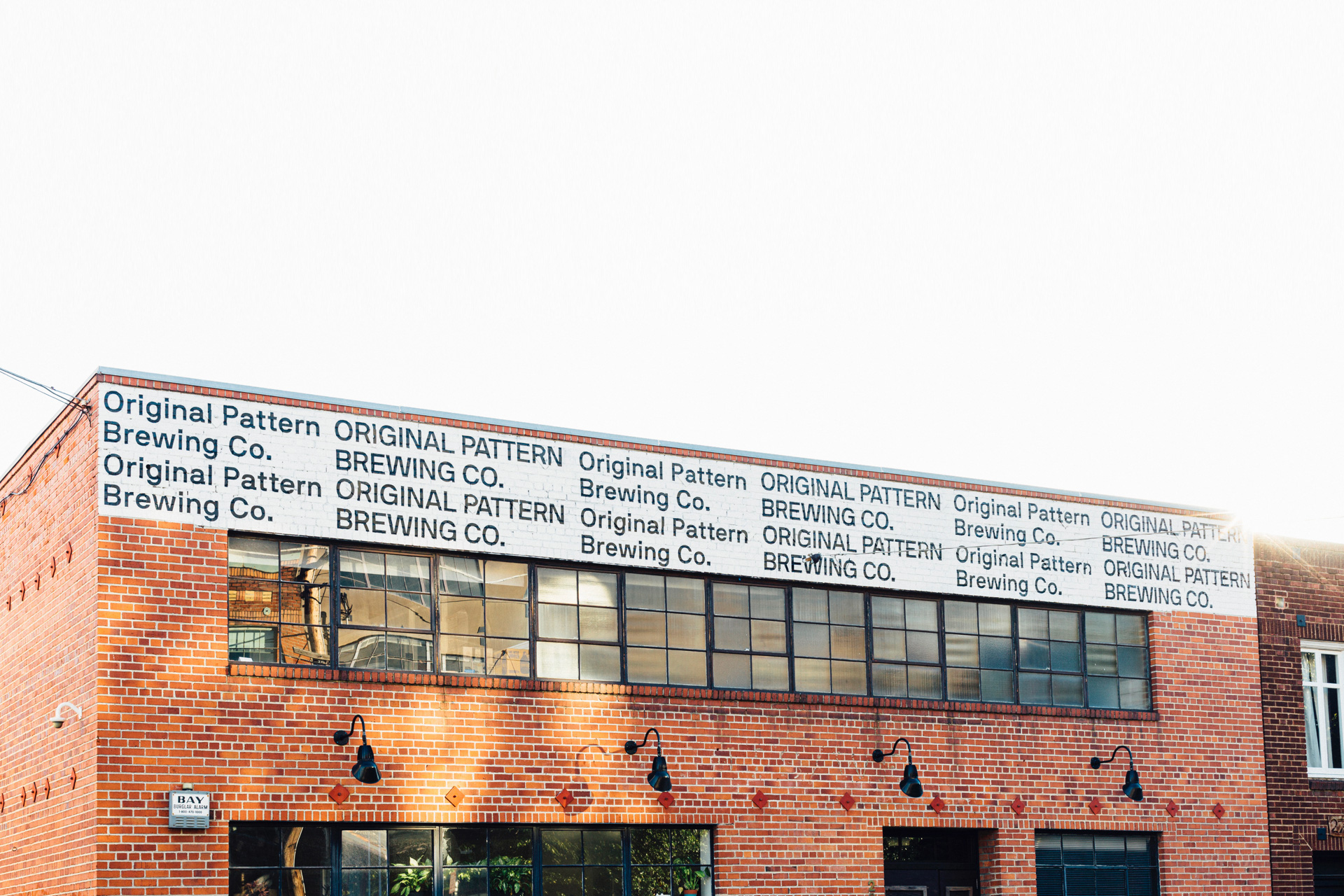