The Almanac Beer Company was founded in San Francisco in 2010 by Jesse Friedman and Damian Fagan, focusing on their unique ‘farm-to-barrel’ brewing approach. Their method involves ‘selecting the best in locally sourced fruit and blending it into beers inspired by the great brewing traditions of the world.’

Recently, this Northern Californian brewery began a lineup of cans, to celebrate their four flagship beers. To implement these new designs onto cans, ABC hired Los Angeles based design firm, DKNG Studios. The designers, Dan Kuhlken and Nathan Goldman, are well regarded int he design world–most notably known for their print work in the film and music industries. For this brand extension, DKNG took their distinct vector aesthetic from the gig poster realm into the brew space, and the results are striking.

The designers mention their approach, via their website project case study for Almanac: “Each beer’s isometric illustration focuses on part of the beer making process – from the orange groves and wheat fields of California, to the brewery, and the city of San Francisco itself.”

From the isometric grid, to the clearly identifiable beer names and styles, to the distinct color palette and two-tone approach–the delve into the world of canning was a great move for Almanac. And hiring DKNG to get them there was the right approach. 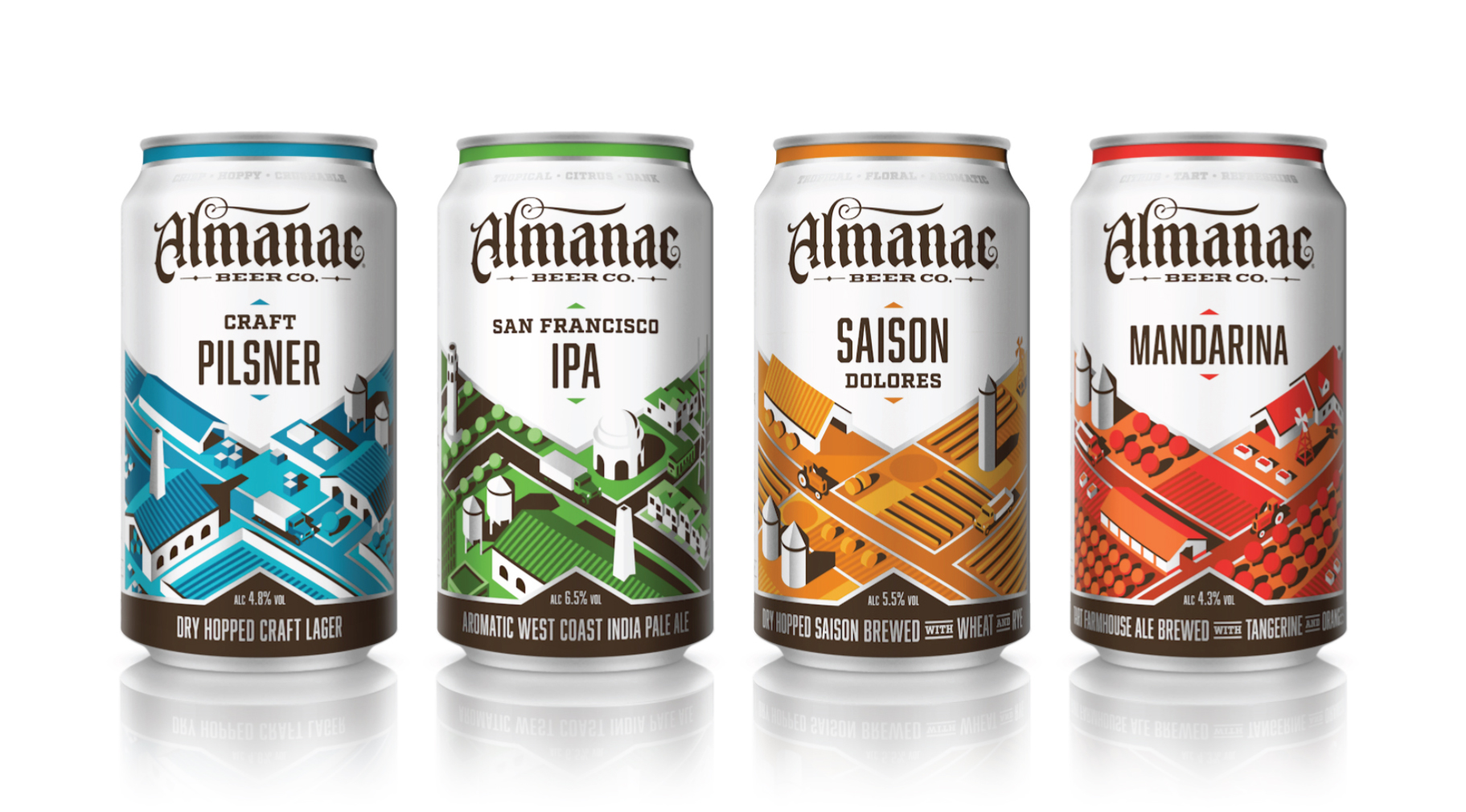 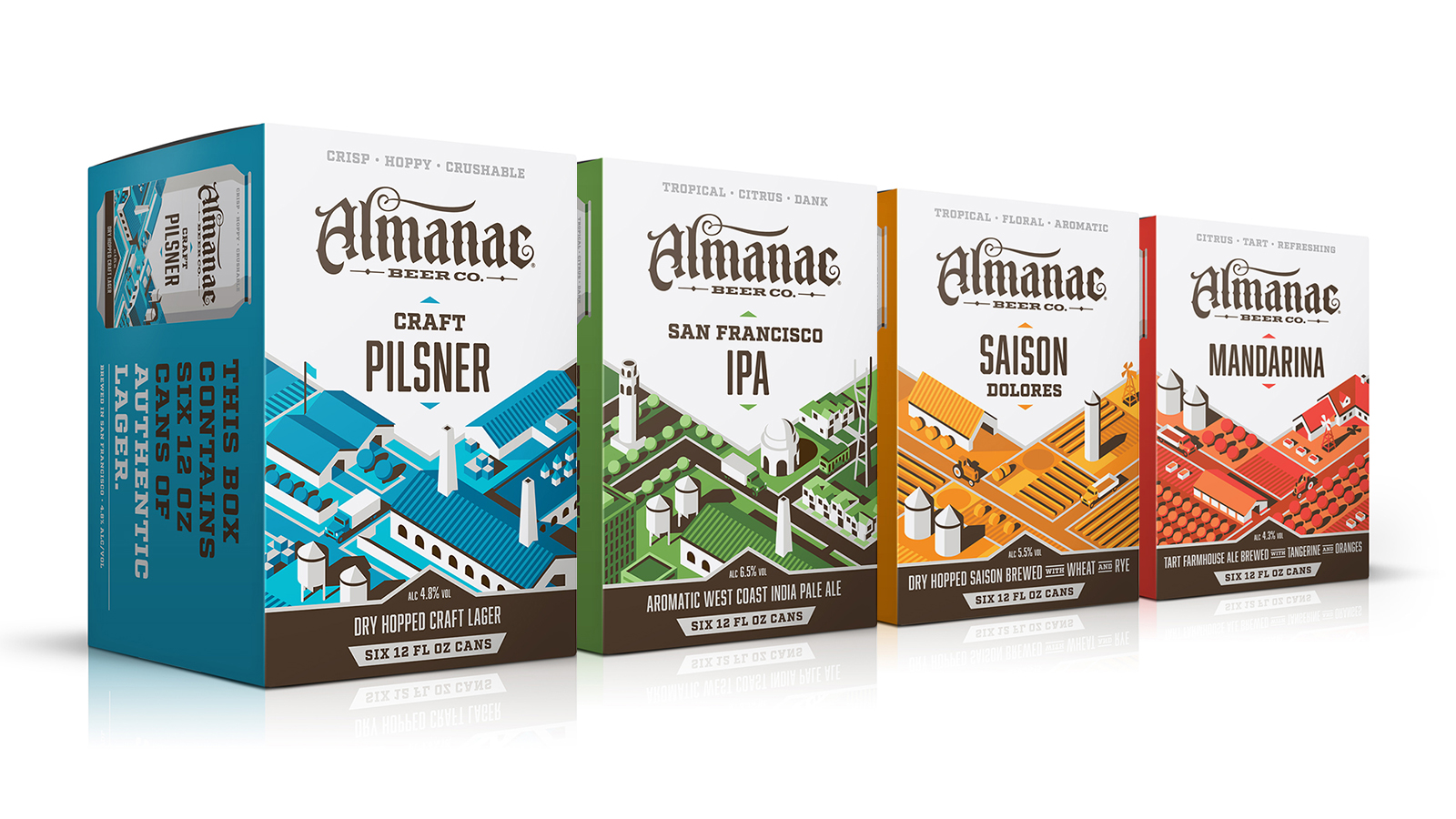 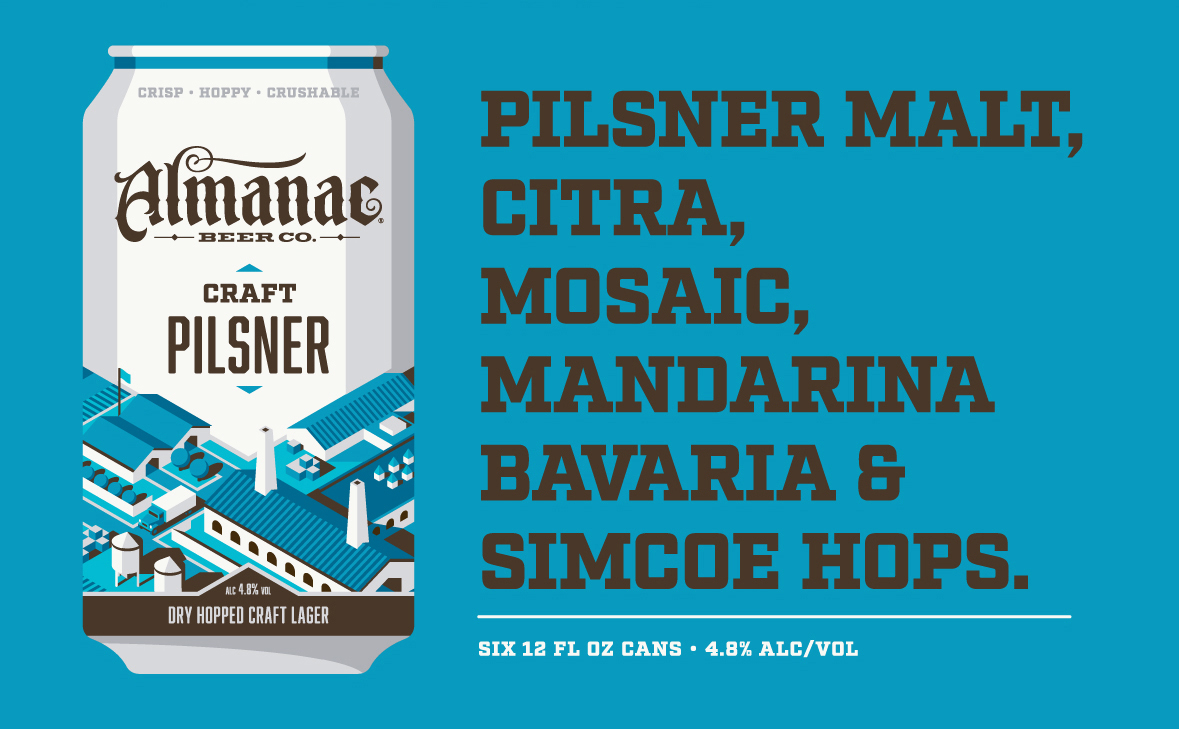 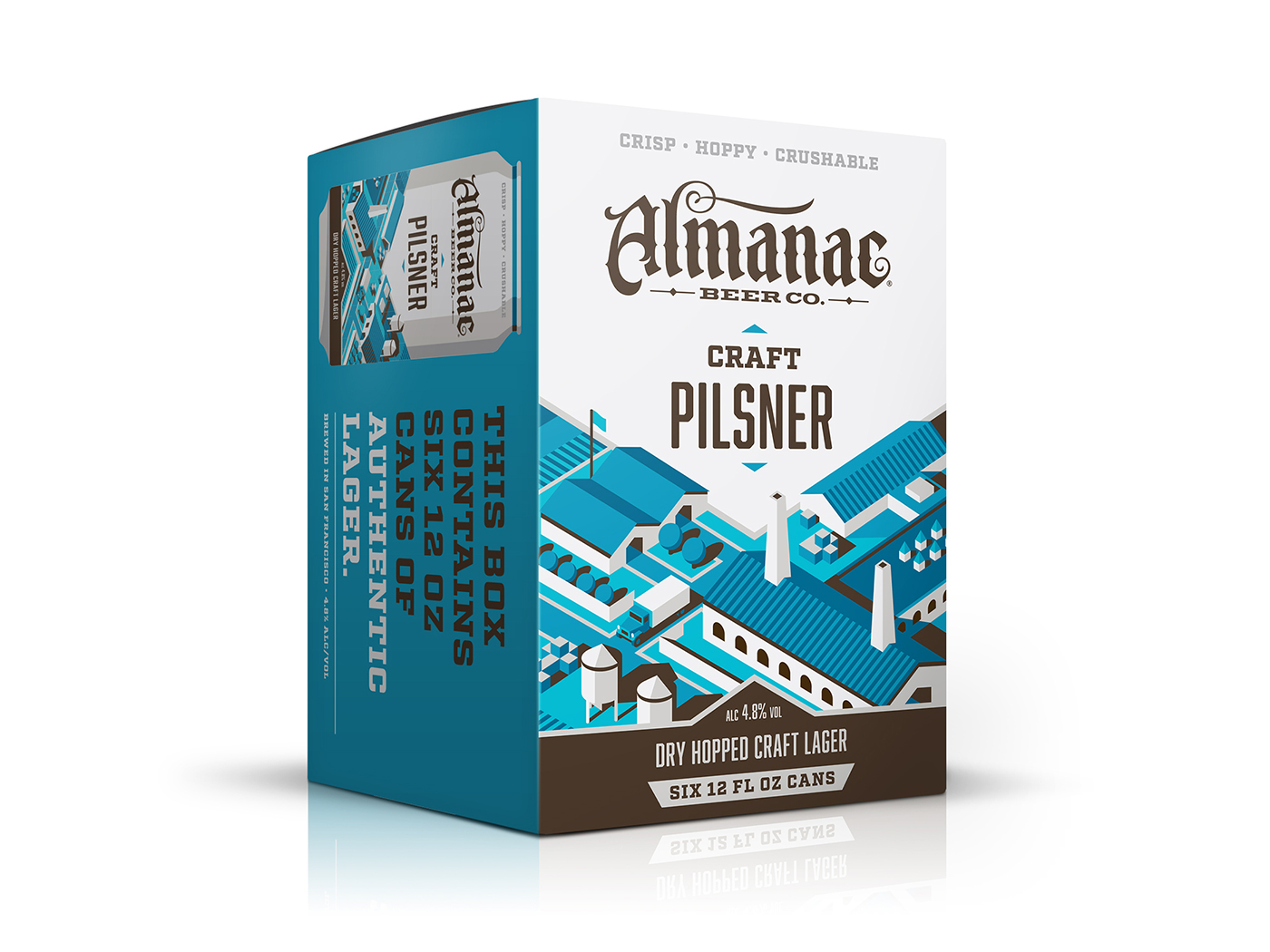 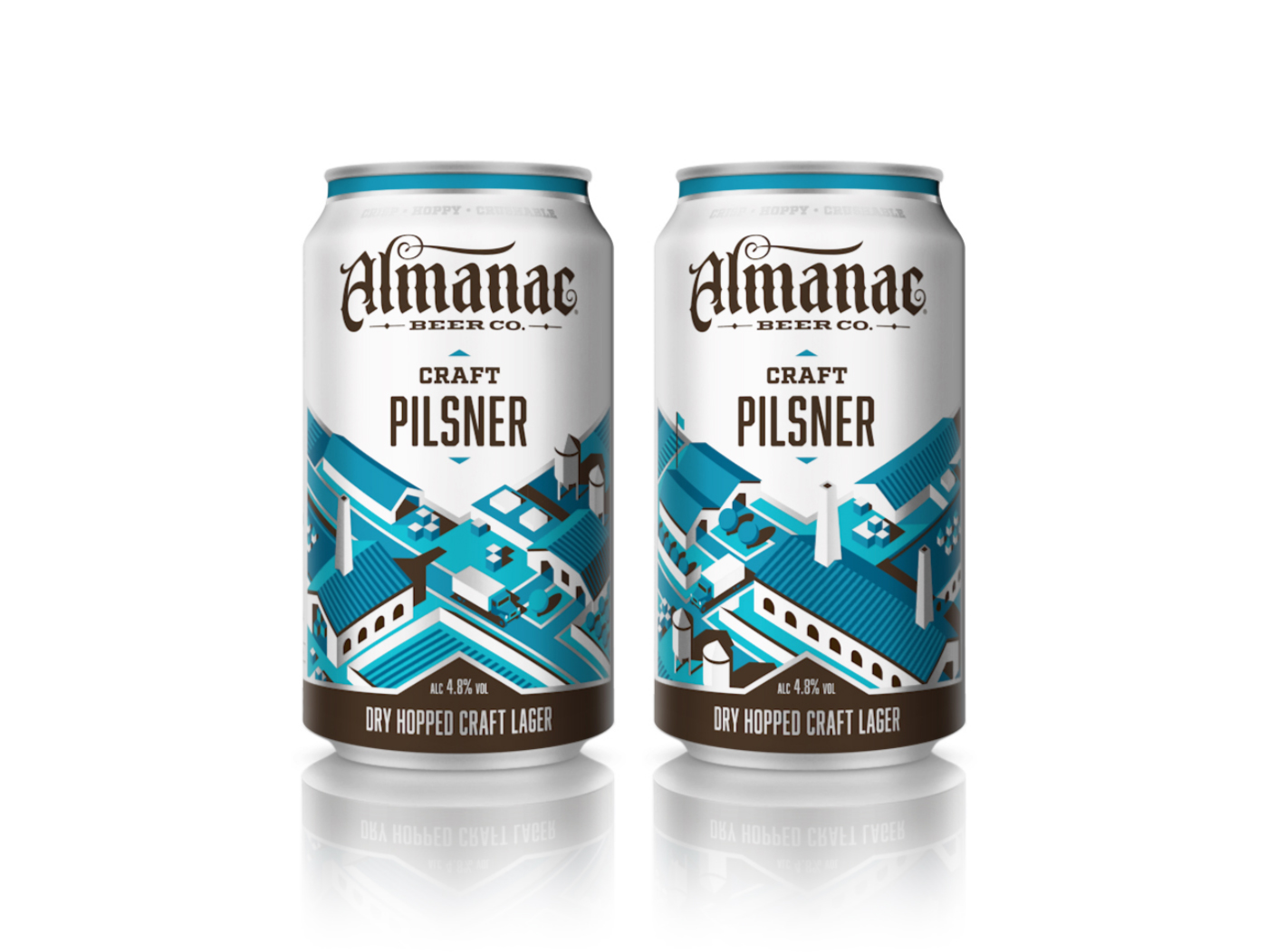 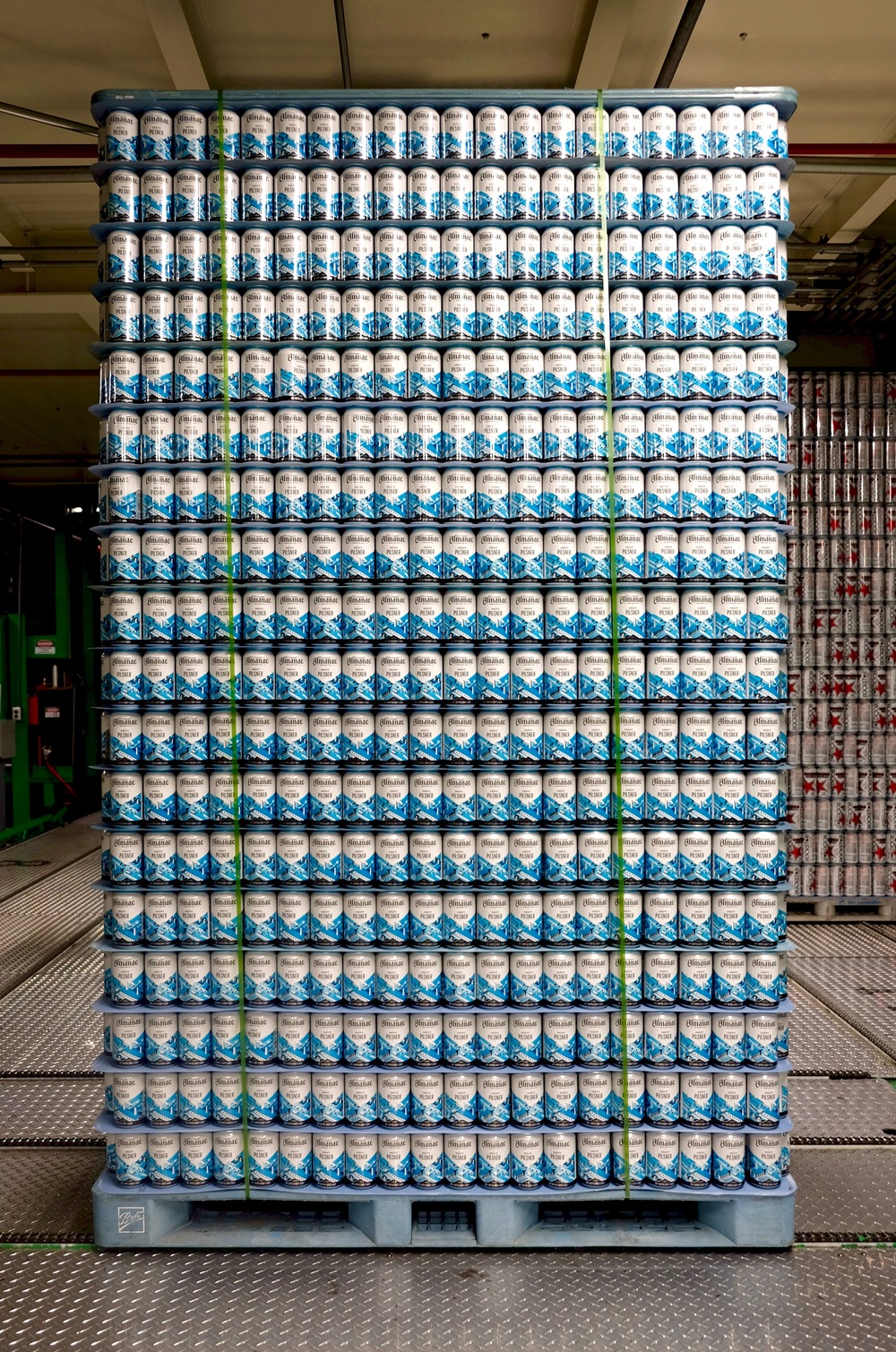 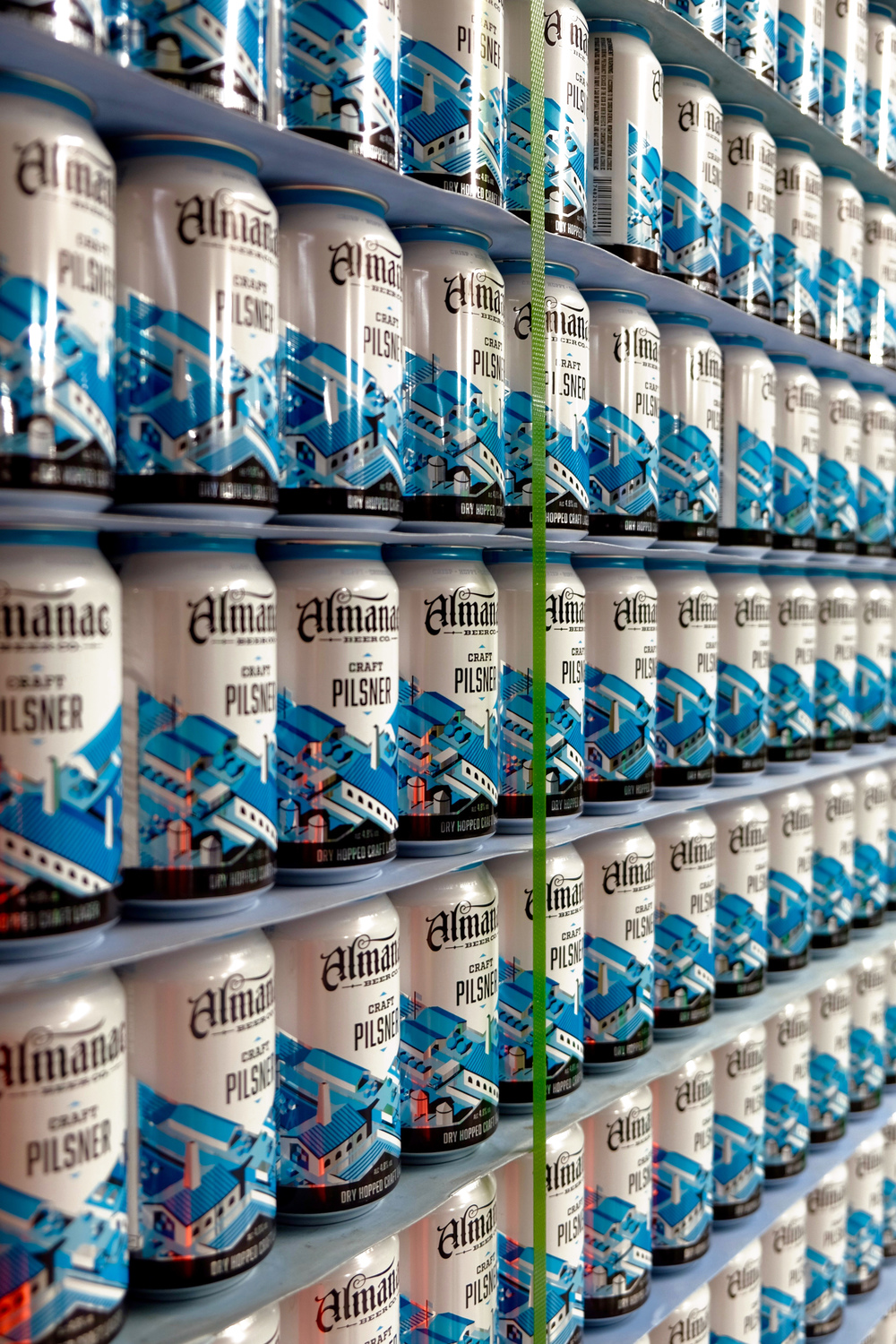 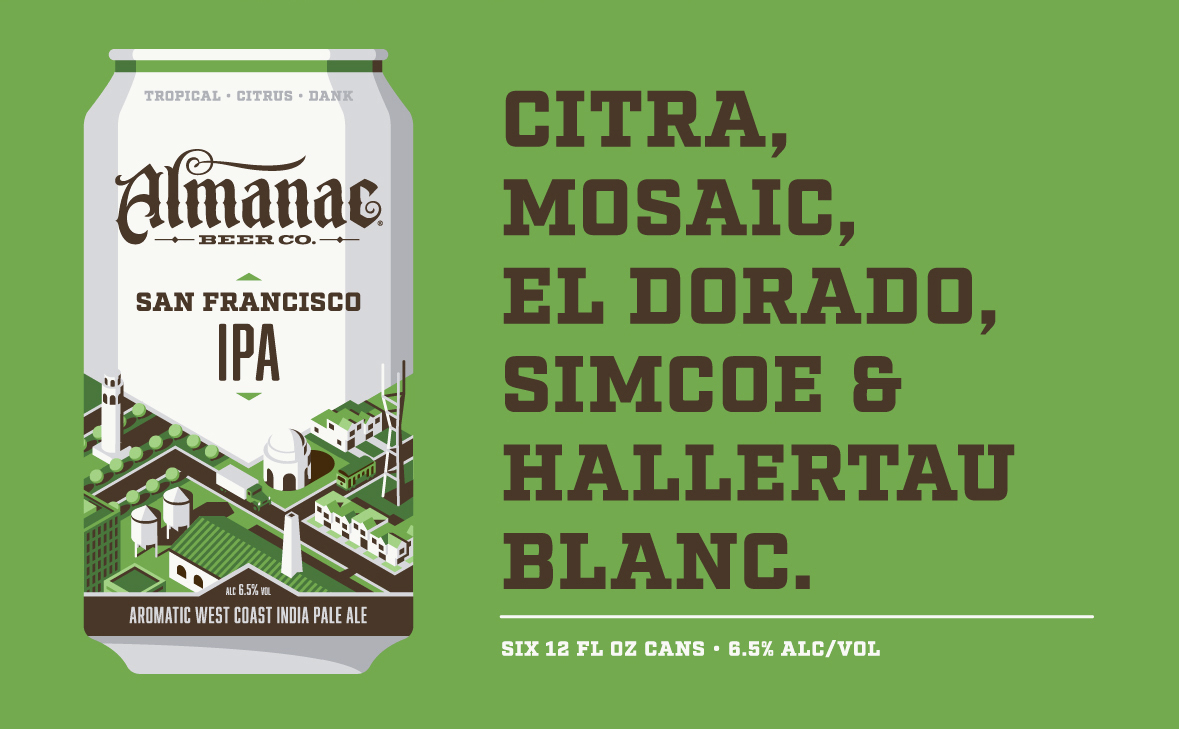 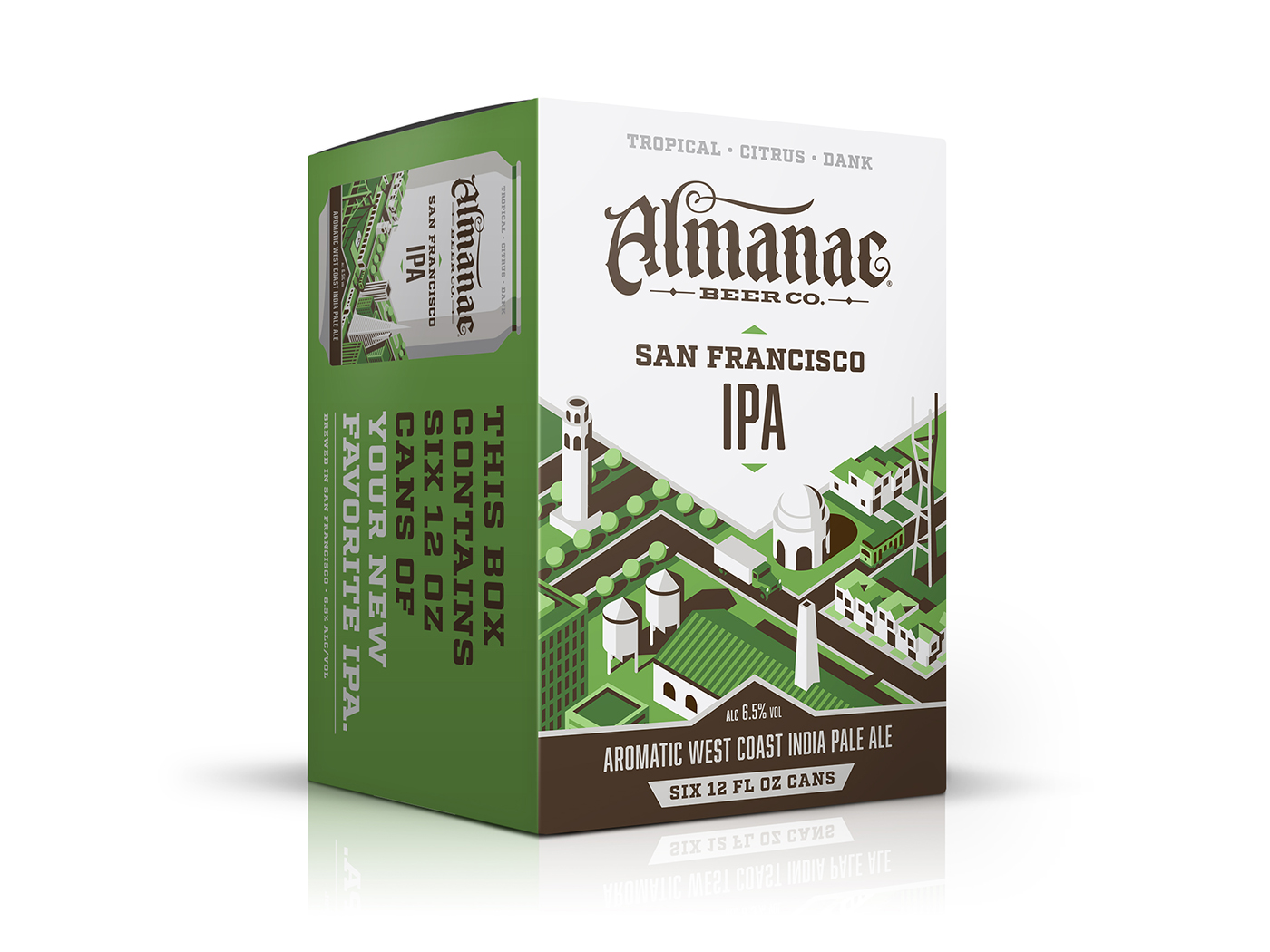 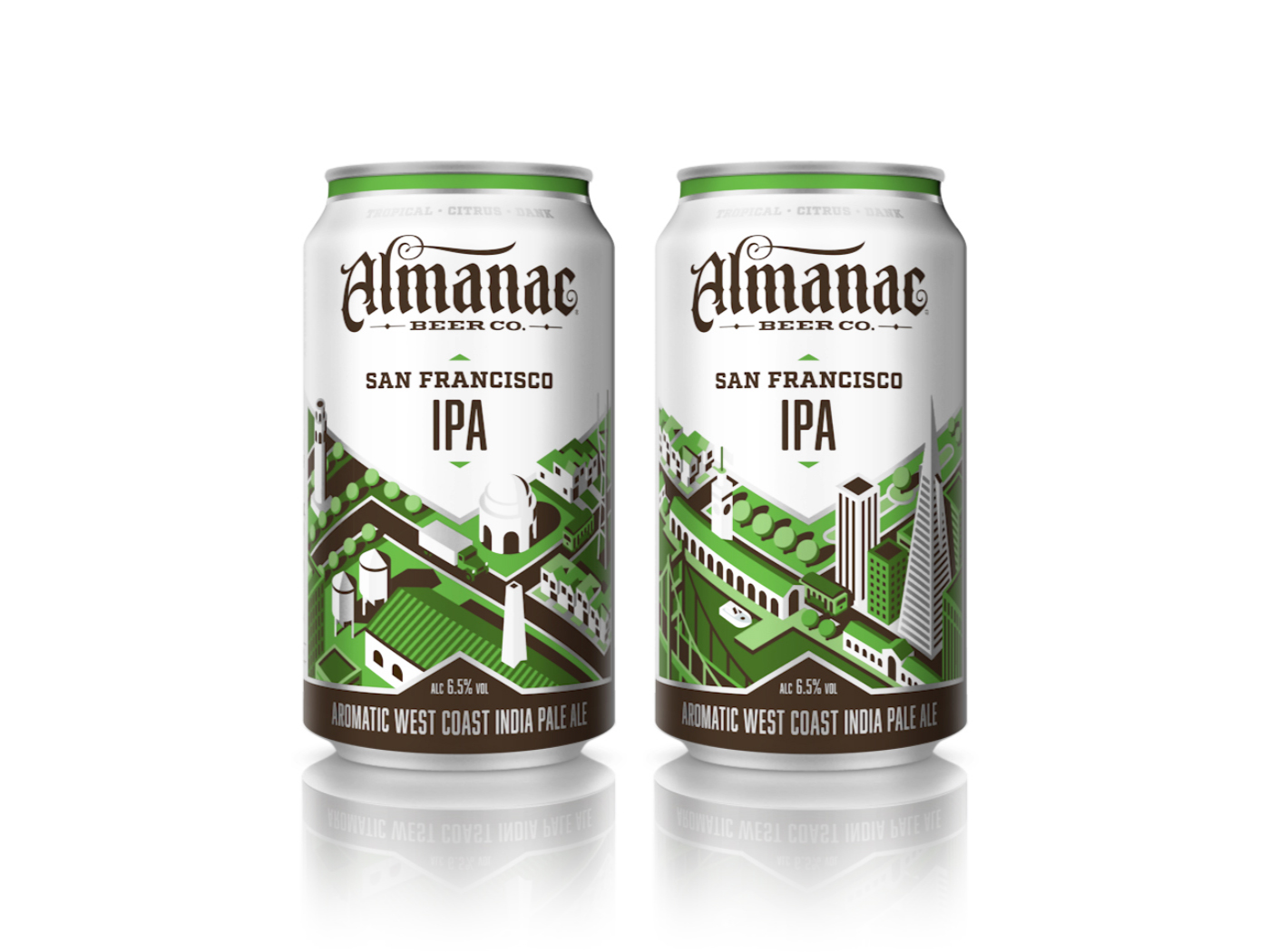 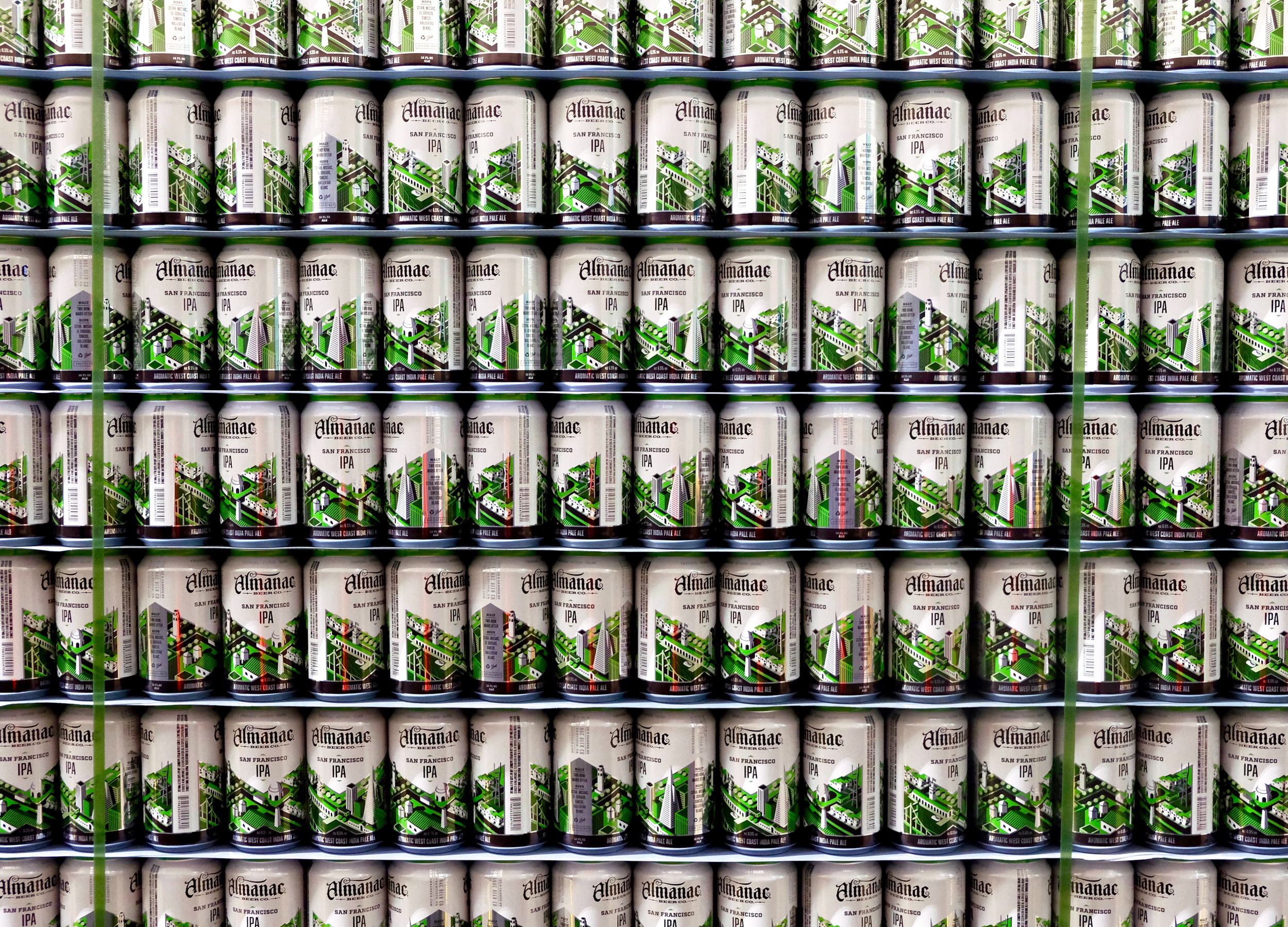 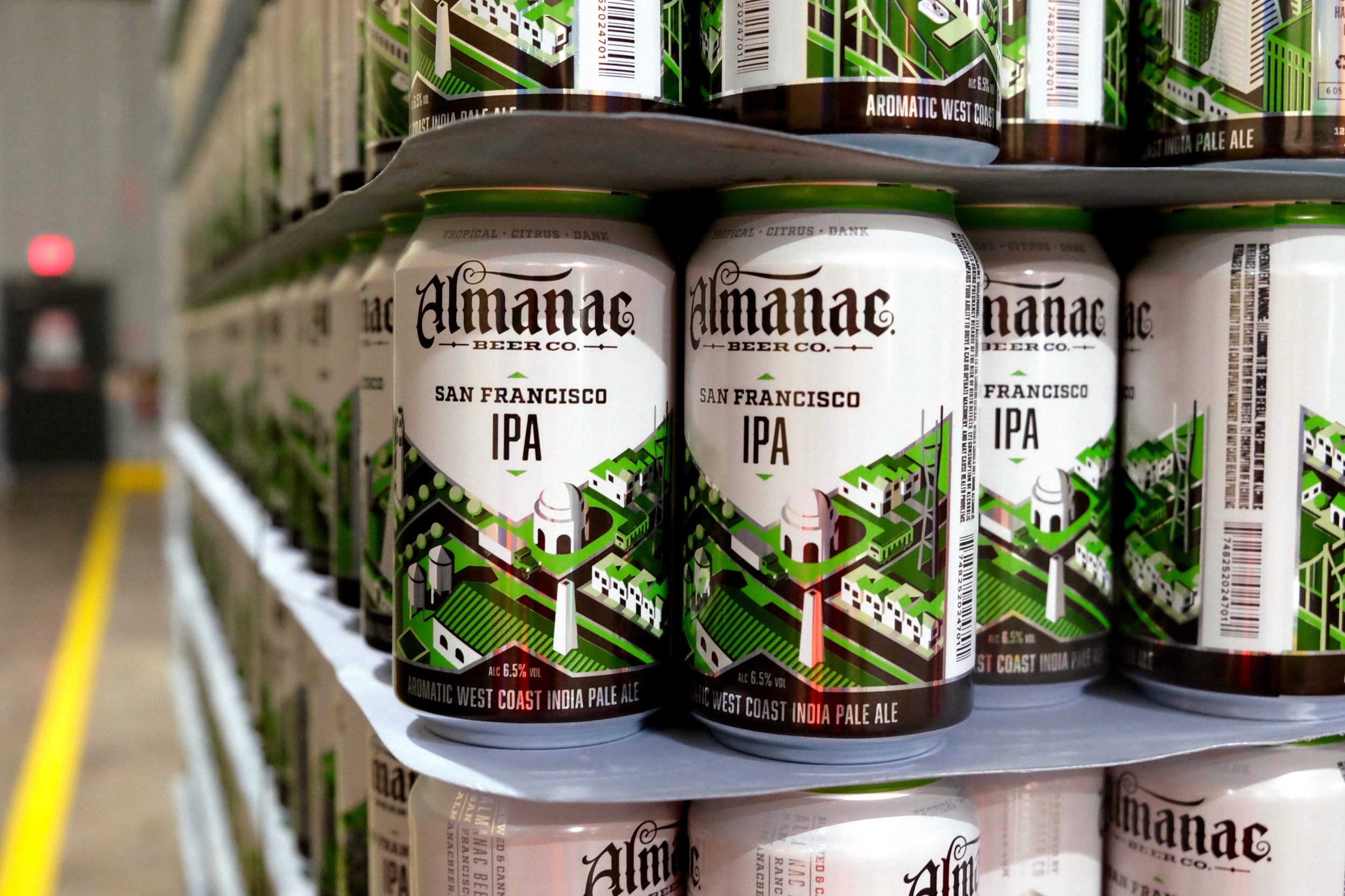 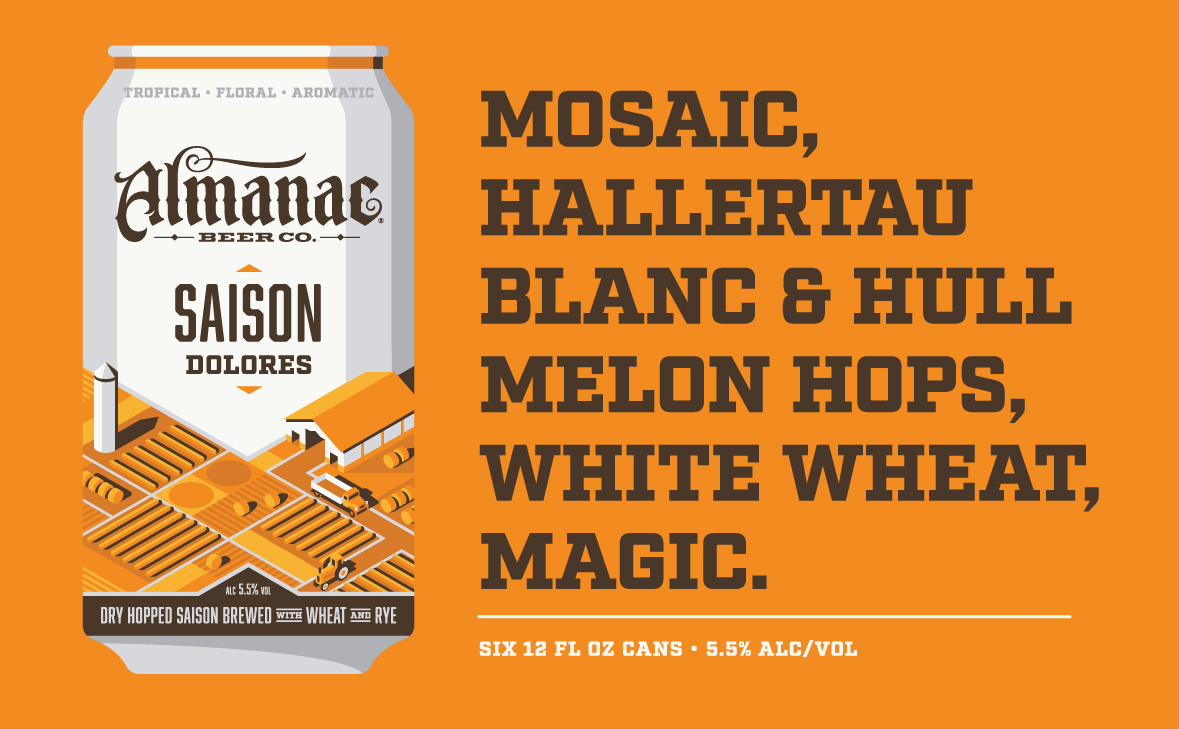 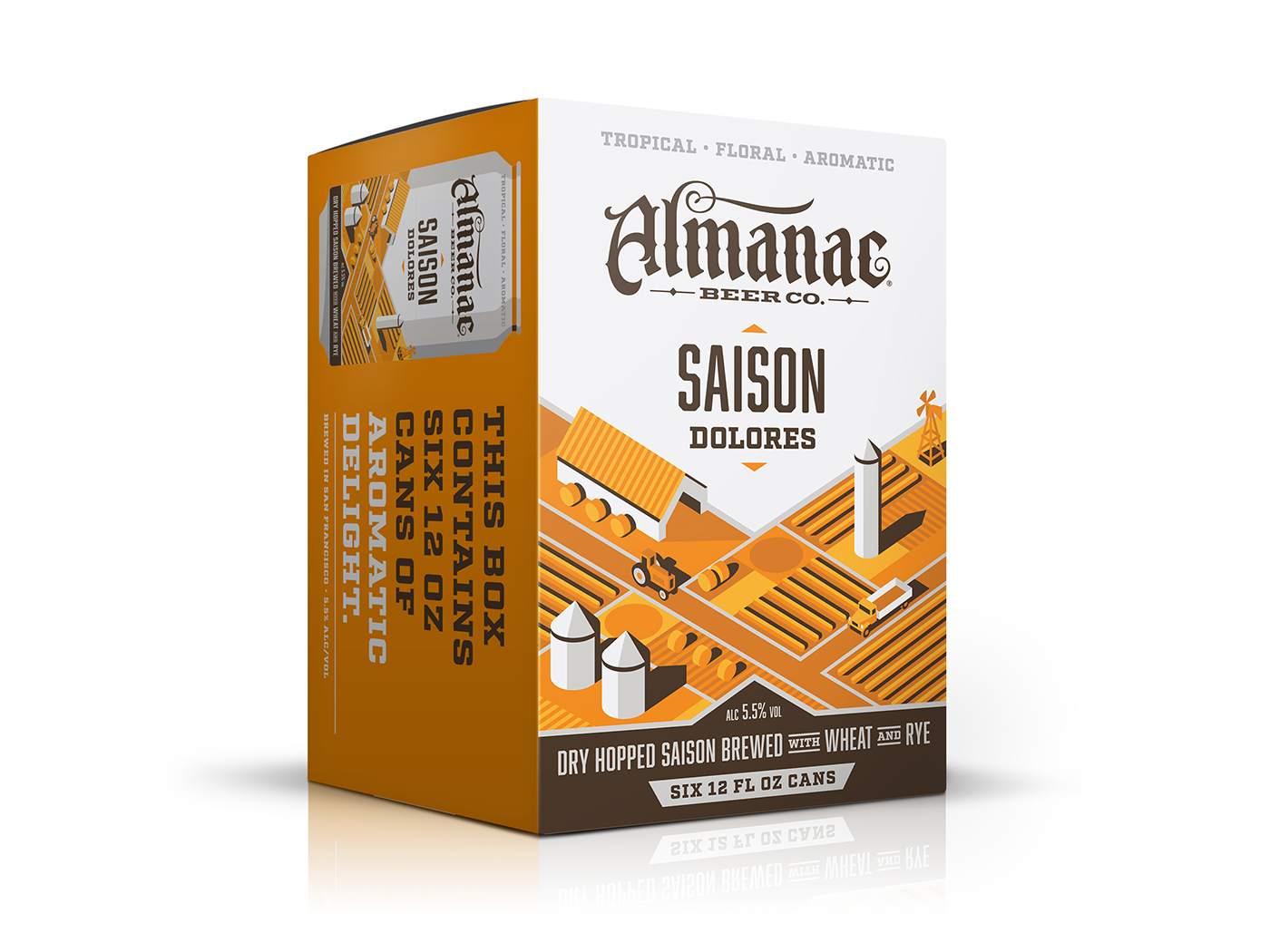 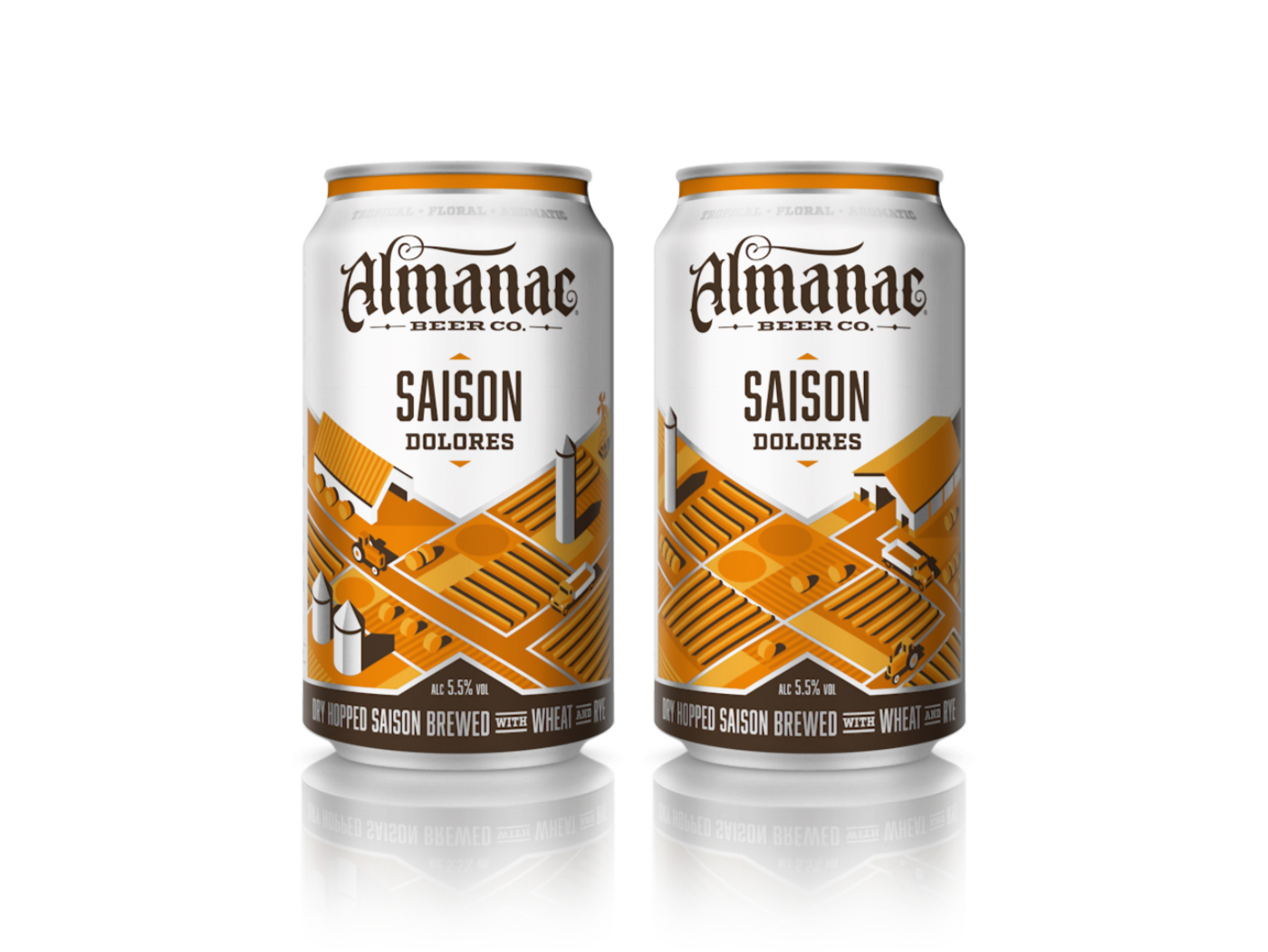 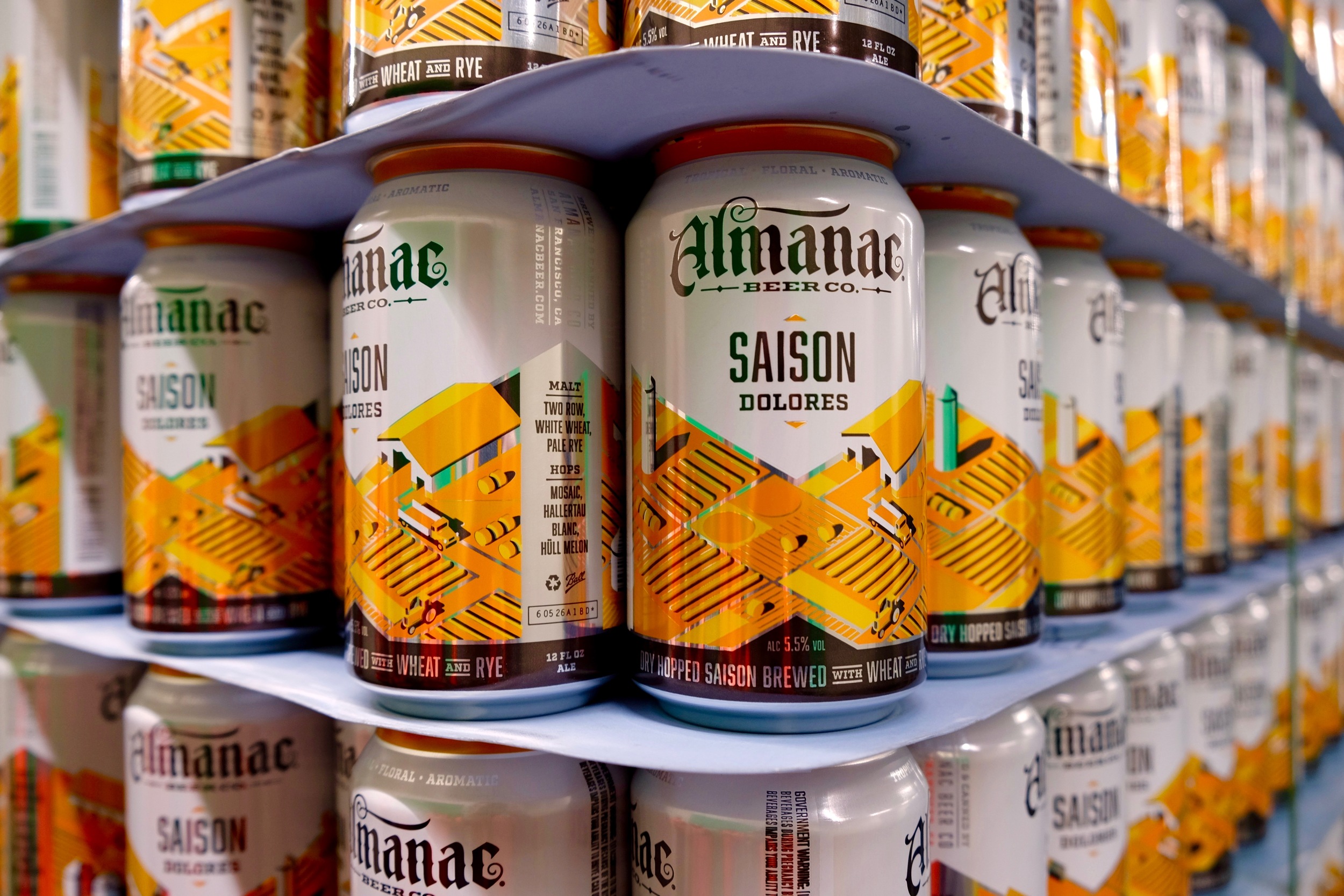 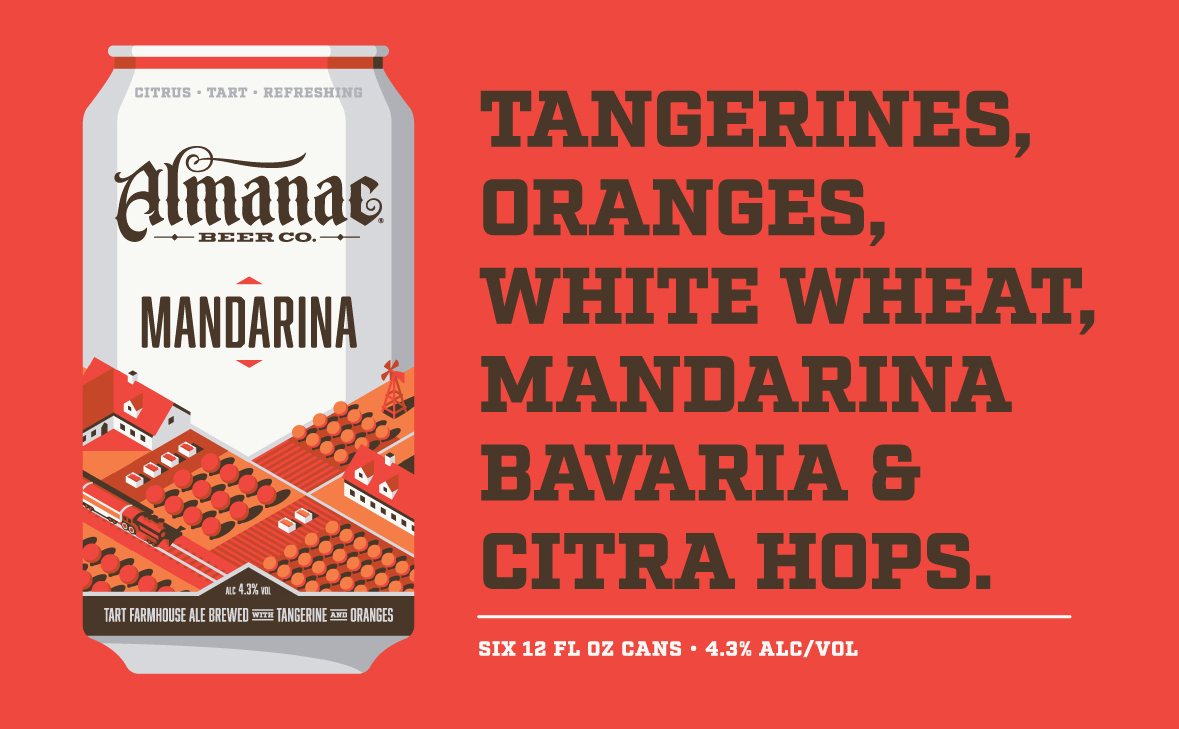 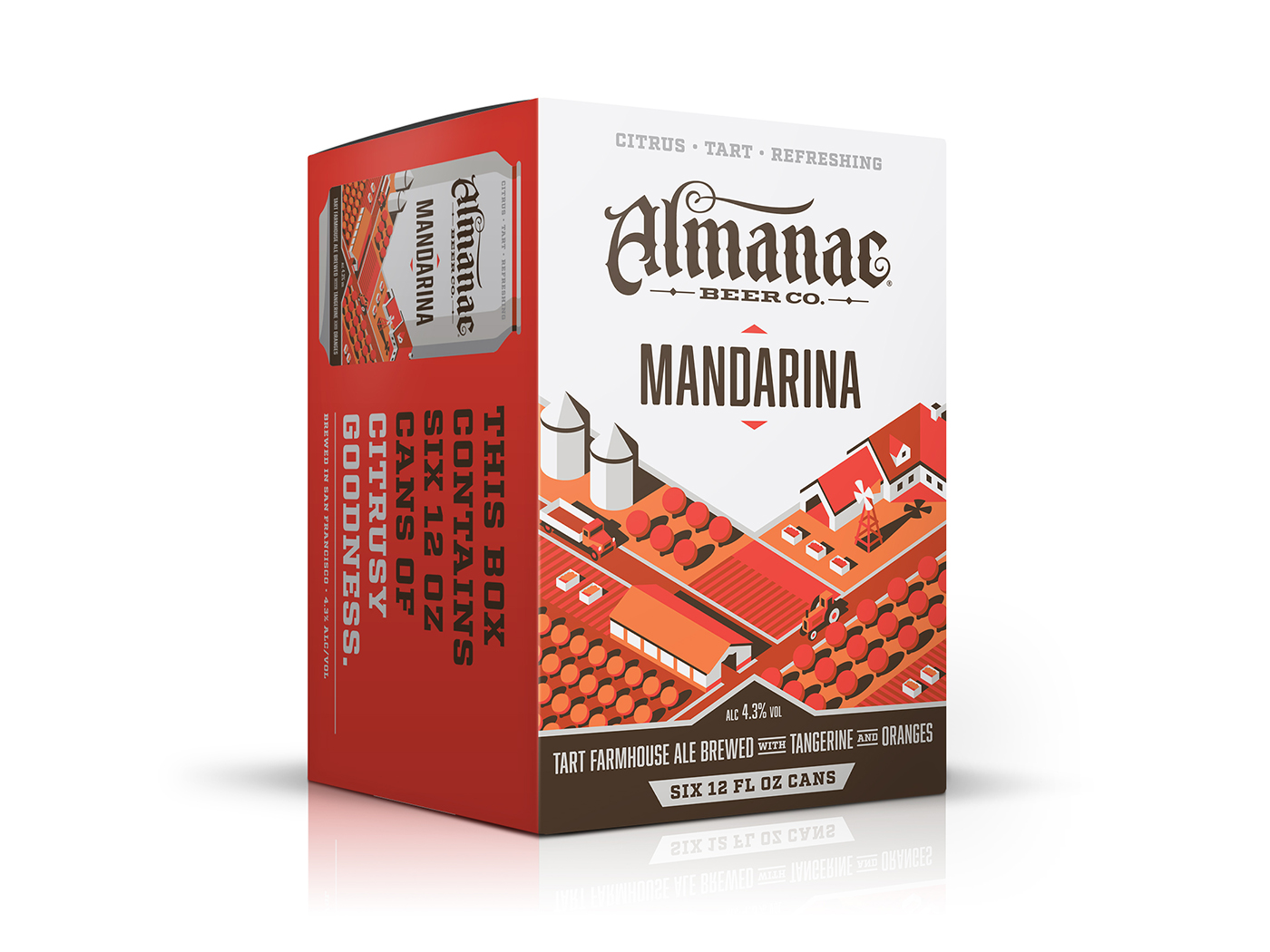 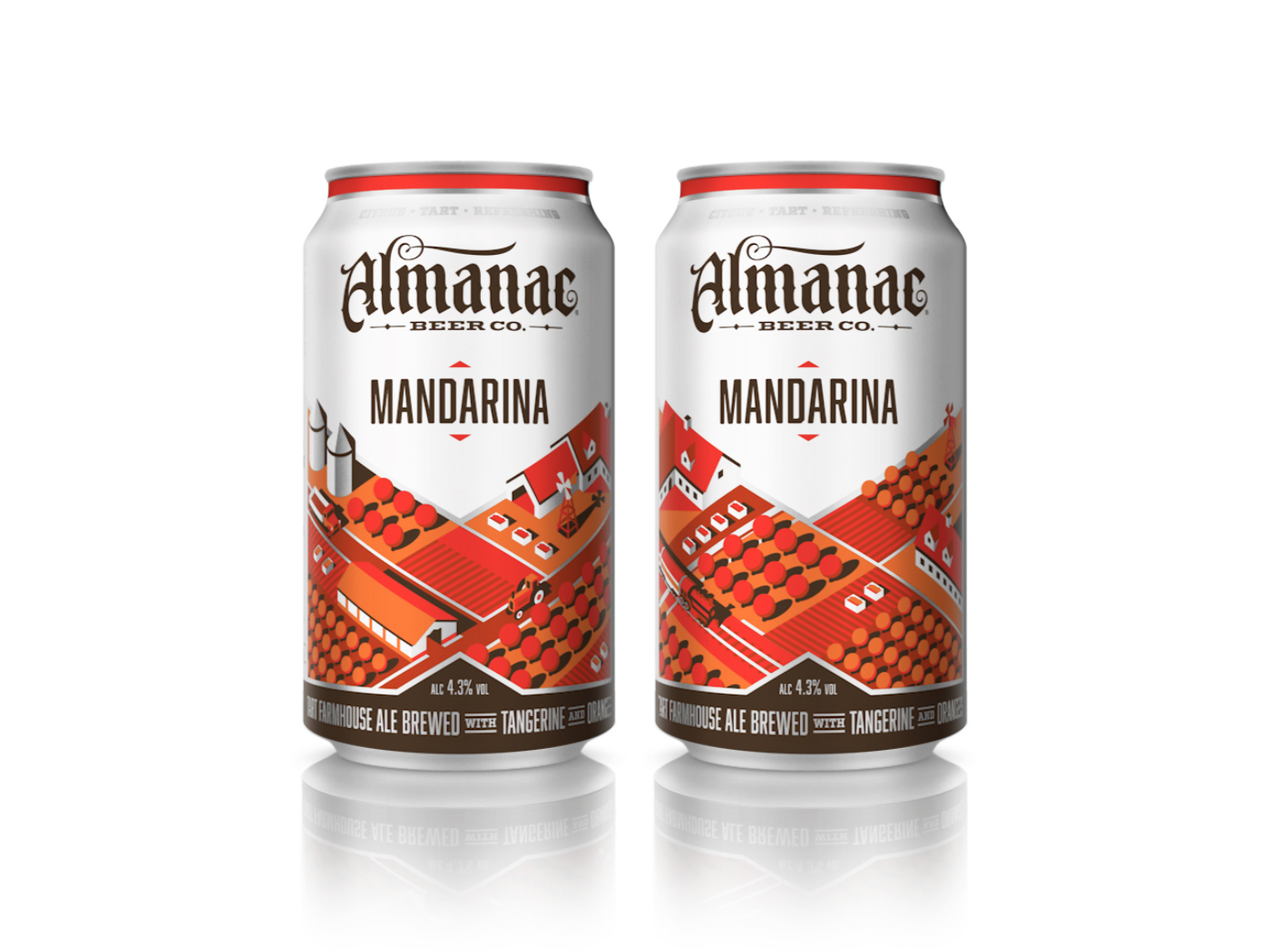 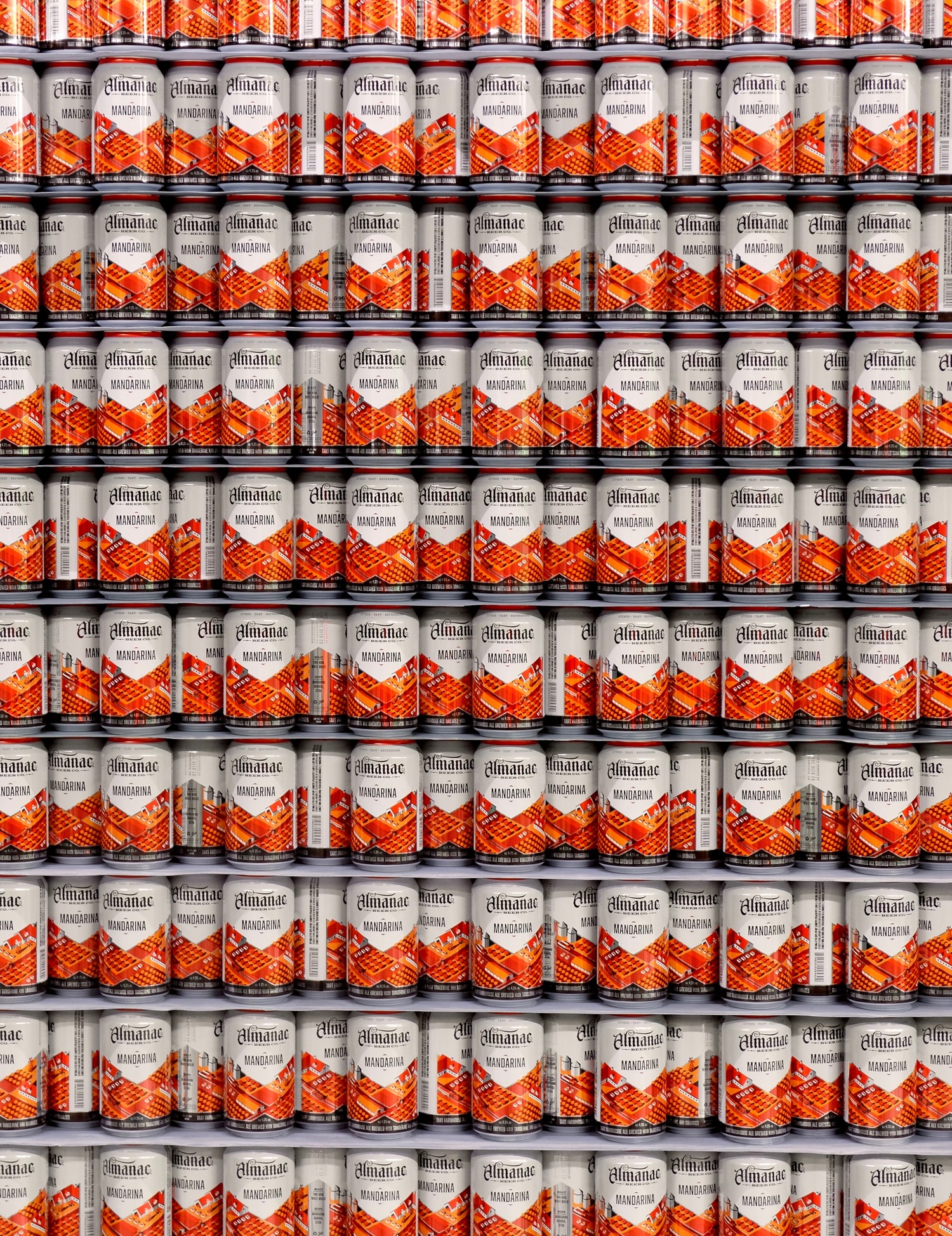 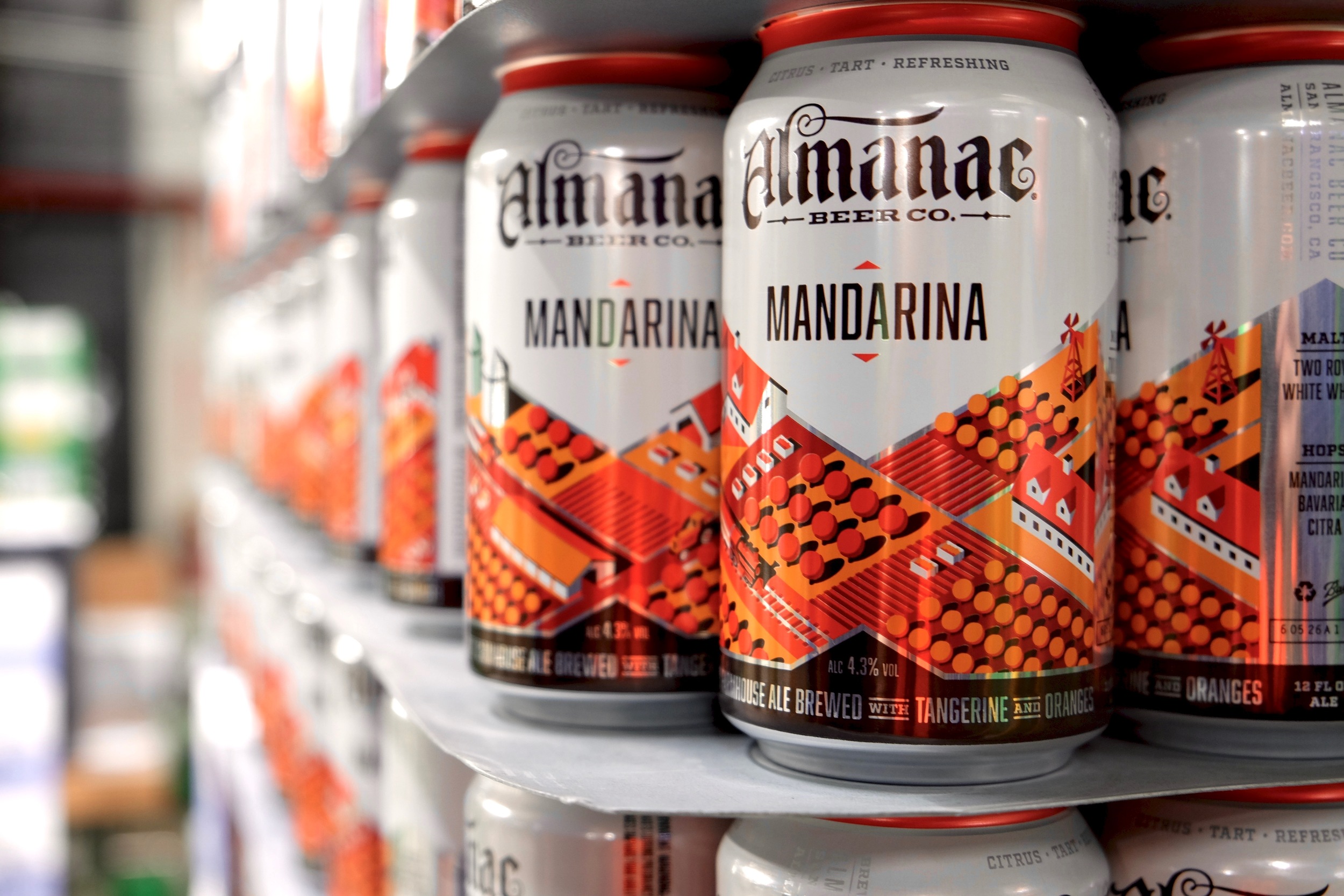 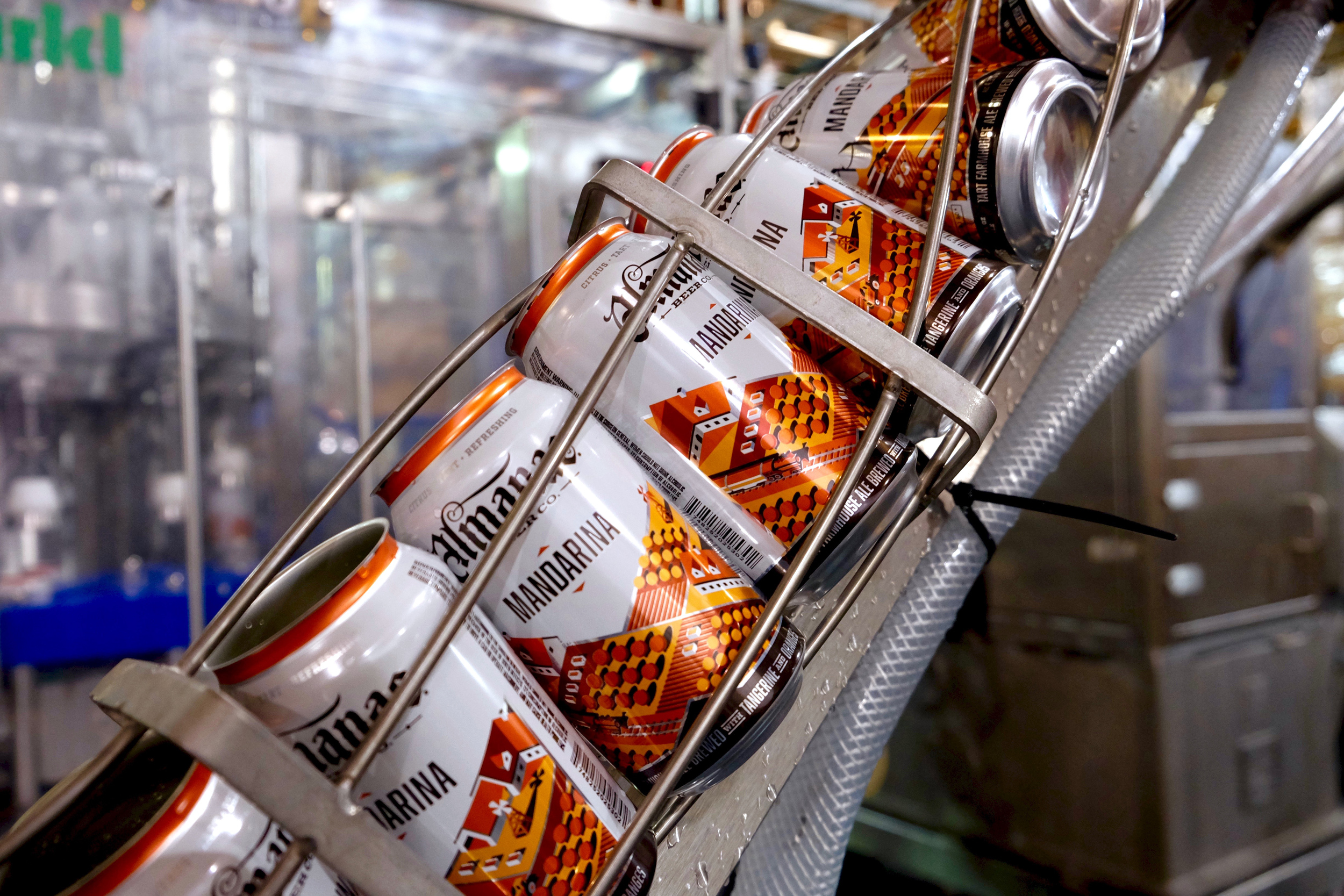 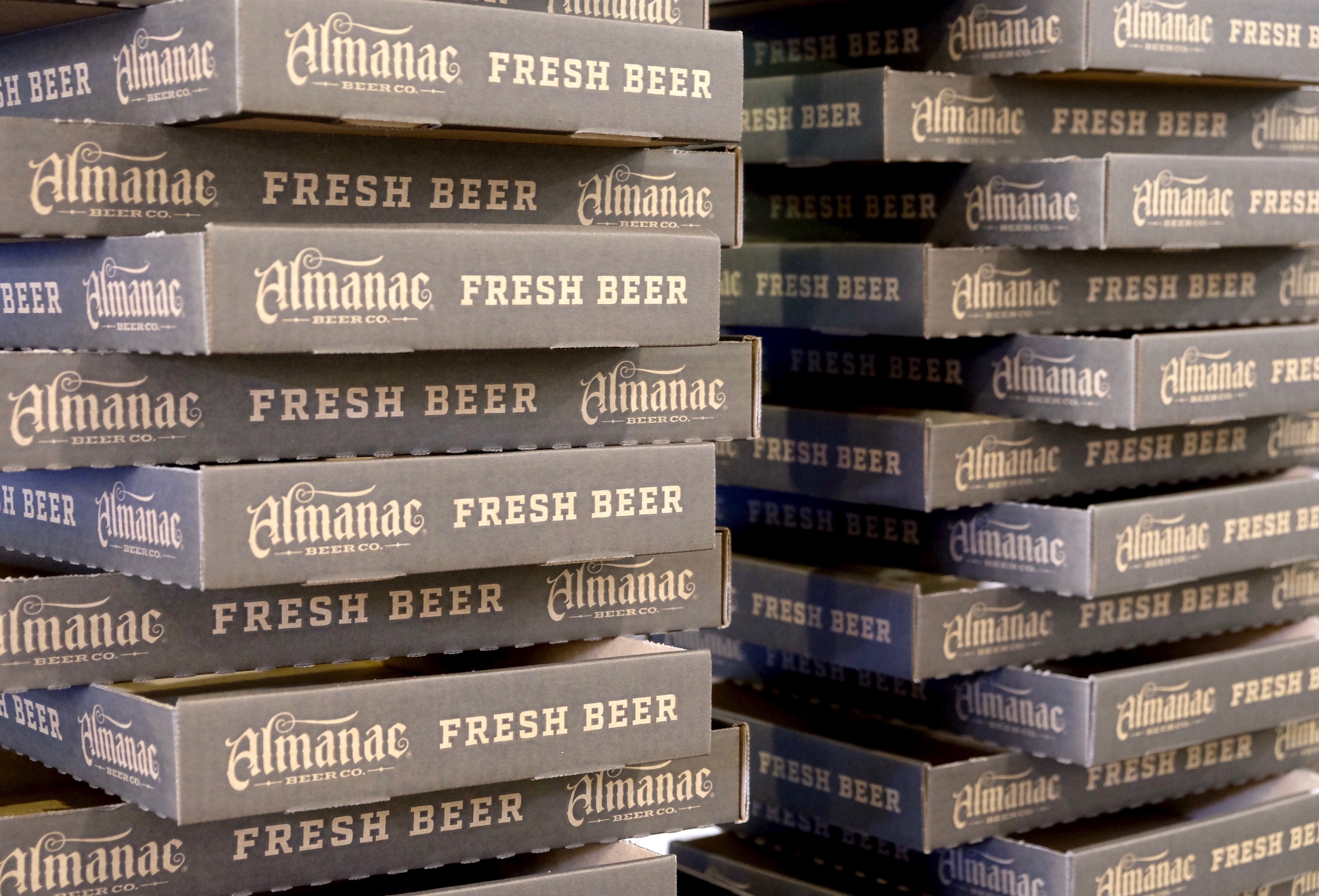 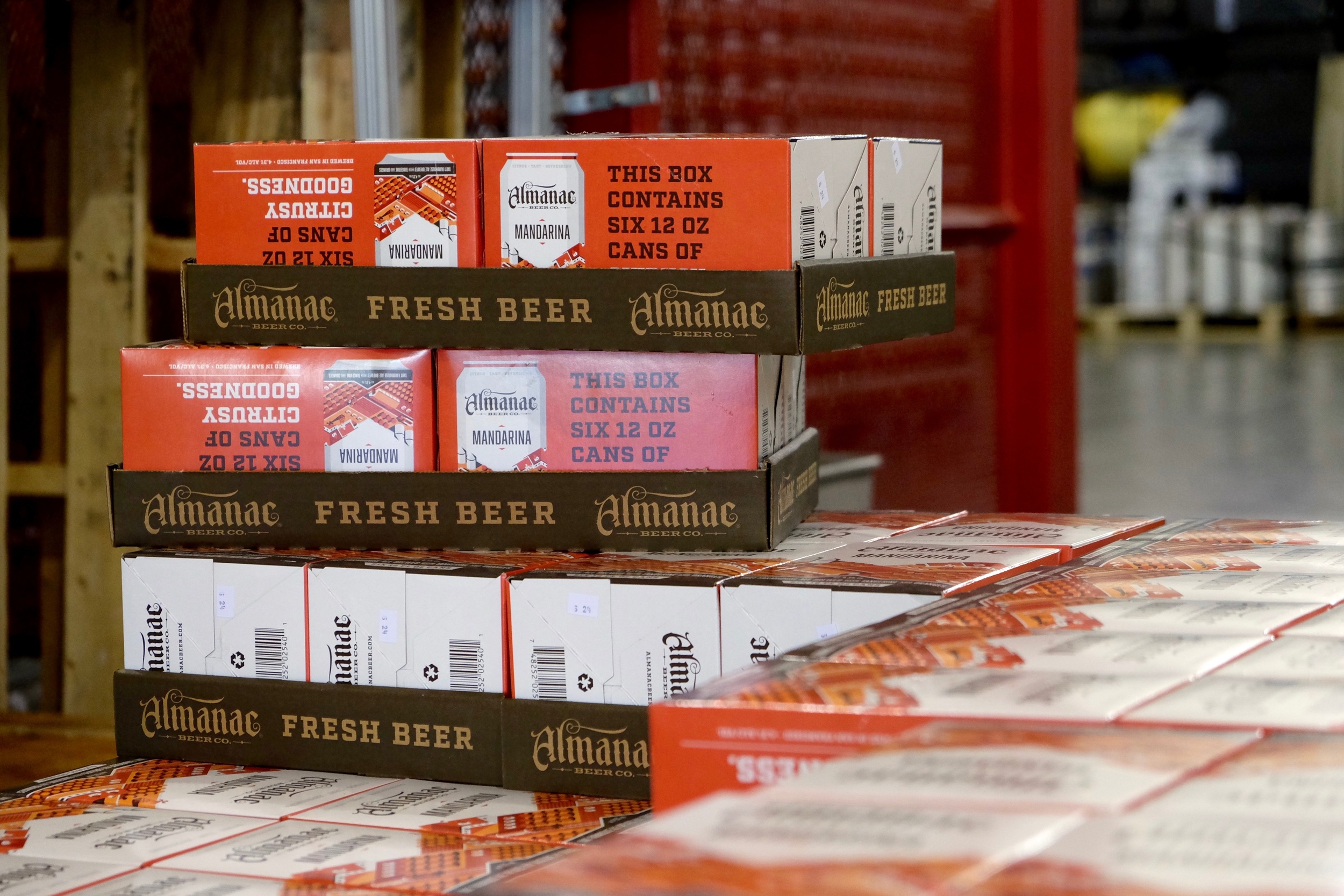 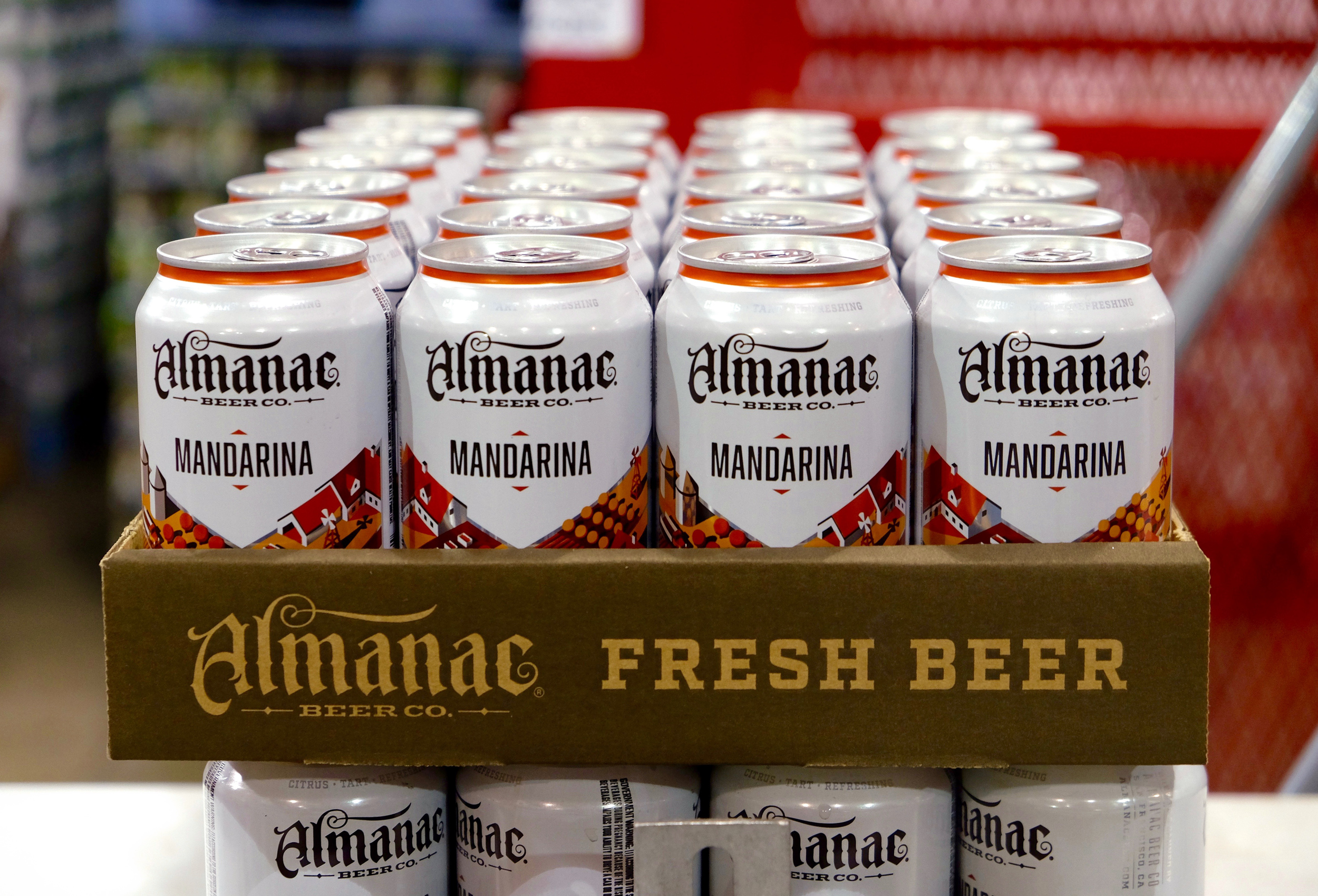 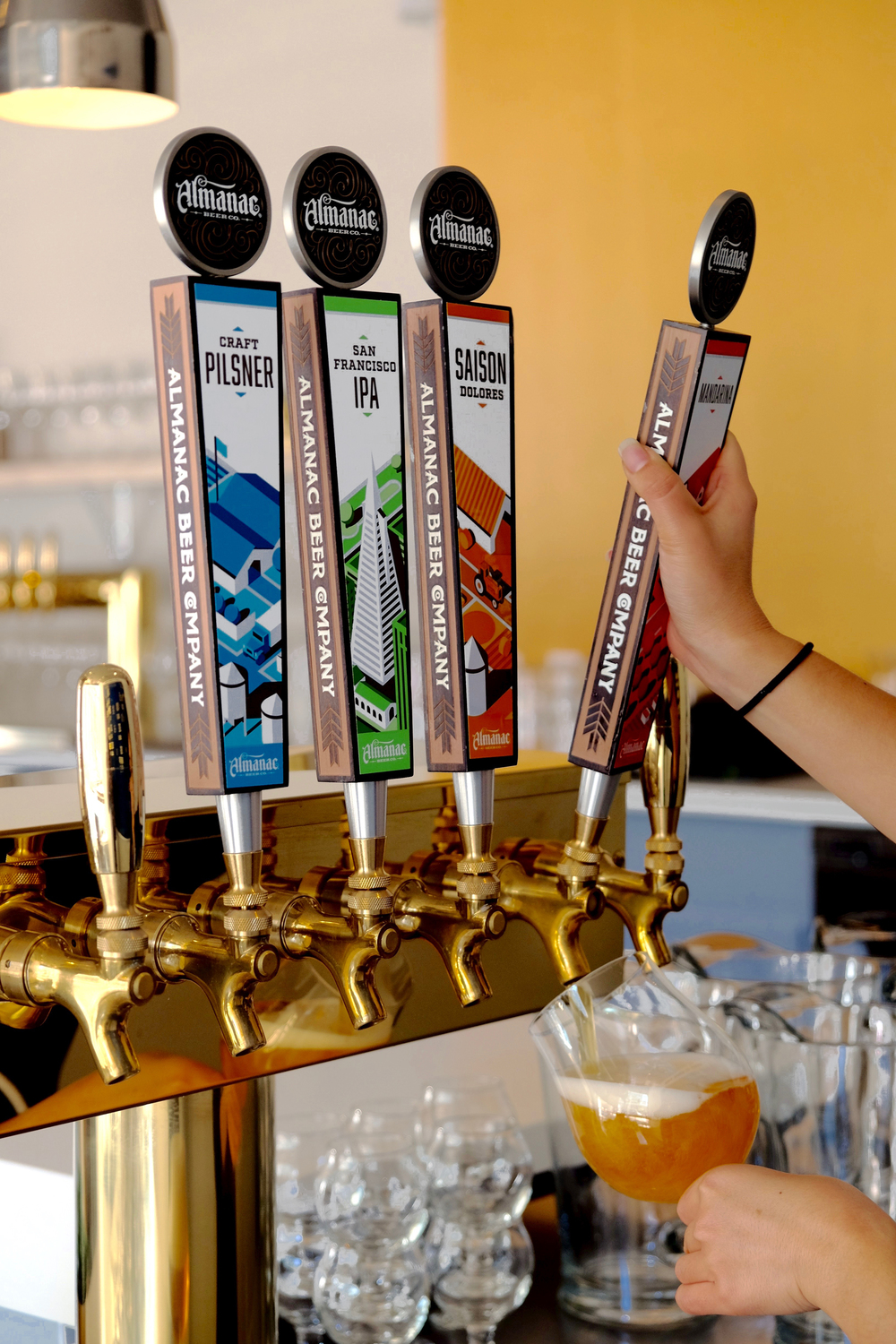 Images and photography from DKNGstudios.com. 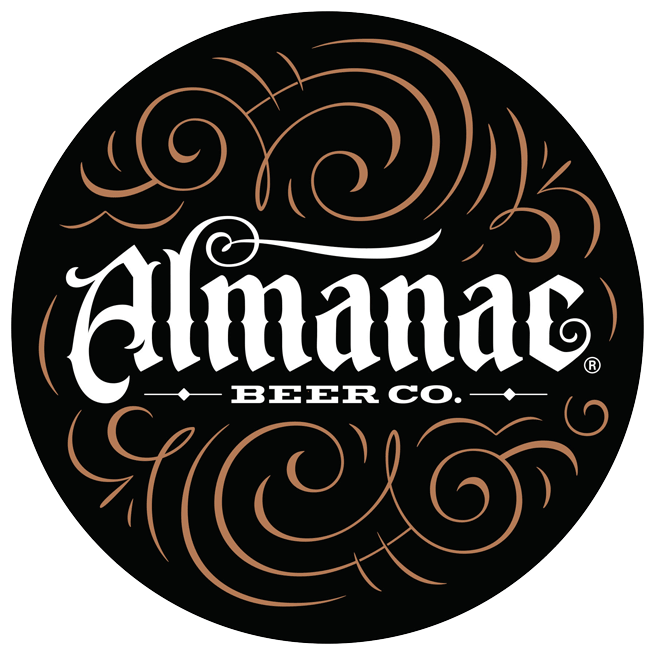