Blue Moon Brewing Company is arguably “craft beer’s” most ubiquitous brewing operation, created in 1995, under the careful eye of what is now MillerCoors. It came to fruition when Coors Field’s SandLot Brewery (the at-the-ballpark operation) brewed what was originally called Bellyside Belgian White, by brewer Keith Villa (yes, the fella from the commercials). We now know this beverage as–what is often just referred to as just–“Blue Moon,” the Belgian wheat ale. The quasi-craft brewery does in fact brew other Blue Moon beers, seasonally, which now include: Summer Honey Wheat, Belgian Table Pils, and White IPA.

This year, Blue Moon Brewing Company is celebrating its 21st birthday. And with that milestone, the company has revealed a freshened, more current logo, as well as a spruced up packaging system and ad campaign, among other efforts. One of those efforts being a brand new brewery space in Denver’s RiNo Arts District, which will join the SandLot brewery as “a canvas for creating, testing and enjoying new Blue Moon beers,” as they’ve described it.

But, let’s consider the new Blue Moon designs themselves, particularly the logo. You may be likely to ask, “But wait, that doesn’t look much different, who cares?” Fair enough, but hear me out. Firstly, true–you may not care–you may not be a Blue Moon drinker at all. But, consider this move–for a company deemed somewhat irrelevant in the current craft beer landscape–that it’s been forced to reconsider its image.

Like most ‘craft’ beers, Blue Moon has it’s place. I can credit it as the sole gateway beer that converted my girlfriend toward even drinking beer at all (an effort that has since snowballed into several other styles). Say what you will, the Golden/Denver operation has made its mark, substantially. So, only fitting that it keeps up with the country’s beer scene, or at least makes the effort.

This new logo is giant leap in the right direction. The previous wood-cut moon mark was severely dated and frankly holding the brand back. The refreshed take is bright, bold and unmistakeable, without feeling flat. An expected update would’ve been to trim the design “fat” and re-introduce a boring, soul-less flat vector logo, devoid of any character. But, this new moon feels fresh, current and impactful, without being overbearing–as a big blue circle logo could be. The solar feature itself exhibits texture, carried over from the previous woodcut concept, but done so subtly, and with…character. The banner is now balanced, and the type ditches the dated shadow effect.

The bottles’ labeling system exhibits clear hierarchy, is paired down, and most importantly: consistent. The 24-pack box leaves little to be desired, unfortunately. But hey, you can’t win ’em all. The brewery did share some insight to why it chose to rebrand:

“Creativity is at the heart of Blue Moon. But since the drinker’s world has evolved quicker than our creative expression, our articulation of creativity started to feel old and heavy. It became clear we needed to recruit new consumers into craft, and welcome drinkers into a beer that is both confident and playful, sophisticated and fun.

The new packaging that will hit shelf on April 1, making for a more consistent experience, look and feel in both the on premise and off-premise.  It will eliminate “dark” cues while standing out from other craft brewers. Our cornerstone beer, Blue Moon Belgian White will, for the first time ever, feature the signature orange on its packaging.” [Although no orange appears to be evident in any of the bottle mockups…]

You can also take a look at the new TV spots, here and here, which are actually really beautifully executed (and you will likely be seeing over and over in the coming months).

All in all, Blue Moon got this right; a new mark that continues it’s “hand-crafted” ethos, without feeling too trendy or trite. Bravo, Colorado, bravo. I just might grab for a “White IPA” next time I’m out. 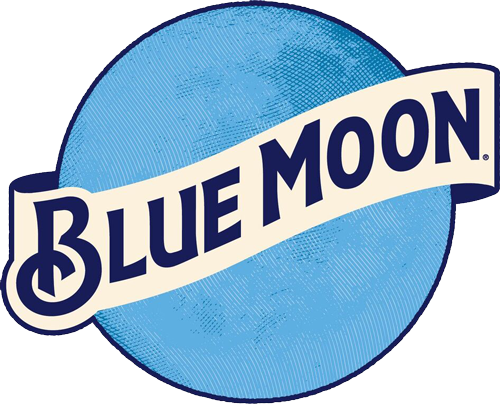 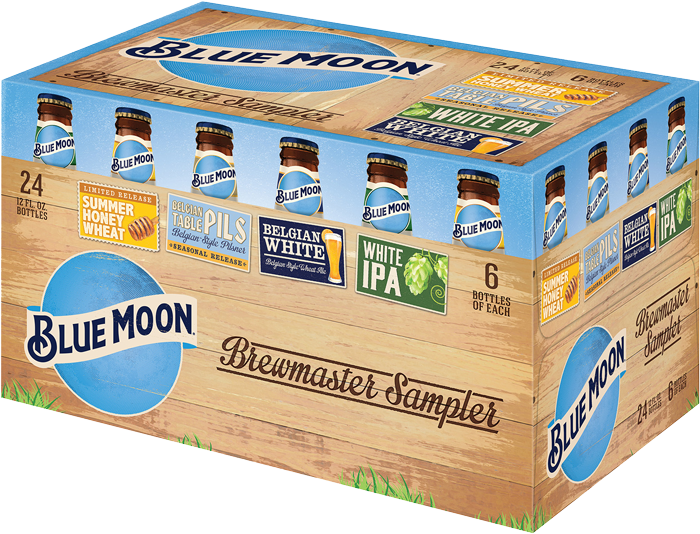 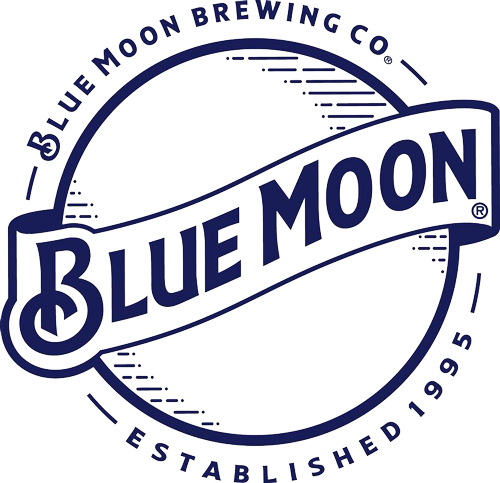