When Indianapolis’ CODO Design was approached to brand a brewery project in Beijing–Prodigy Brewing–they jumped at the chance. It turns out, they might’ve jumped into the process a little prematurely too. As Isaac Arthur, CODO’s design lead, would come to find out, the design firm’s initial concepts were unfortunately lost in translation. With the project now in the rear view mirror, he shared some insight with us, as well as documenting the process–good and bad–in a great recap post, here.

Said Arthur, “When we were first approached by Prodigy Brewing, an upstart craft brewery in Beijing, we were excited and a bit nervous. While we’ve worked with several international breweries, China presents an entirely different language and culture with very little carryover from the States. And making this a more damning challenge was that there was no plan for travel.”

It wasn’t until CODO concepted two initial directions to present to Prodigy Brewing’s team that they learned they were not exactly on the right path. The issue? They had designed a pair of visual identities that read as ‘too Japanese’ for the Chinese market; enough so, that they would be a contrast the the other 300 or so craft beer options currently in China. It was then that Arthur and team realized they had to jump a plane to Beijing to see the market first hand. When they arrived back in Indiana, they were able to refocus, and the new direction was a bit of a surprise–create a Chinese beer brand with an American aesthetic…

“After a few days to decompress, we’re able to sit down and formalize what this should all look and feel like, and where we had gone wrong the first time around. Working with the Prodigy team, we began to define anew their audience, brand essence and what positioning and messaging we needed to explore. The answer; American Craft Beer. You read that correctly—we had to travel nearly 7,000 miles around the world to realize that the Chinese craft beer consumer wants a Western-made beer brand.” 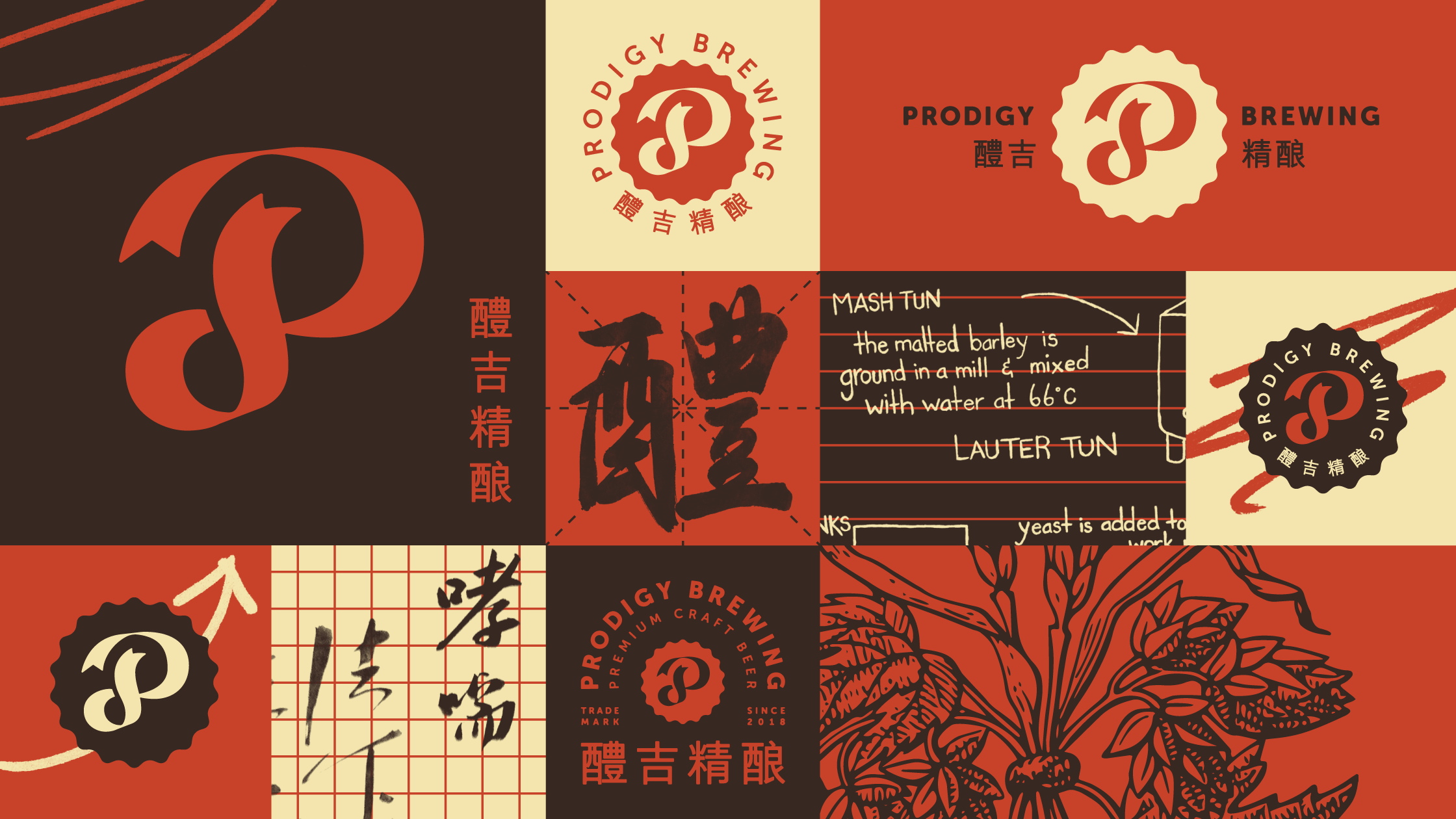 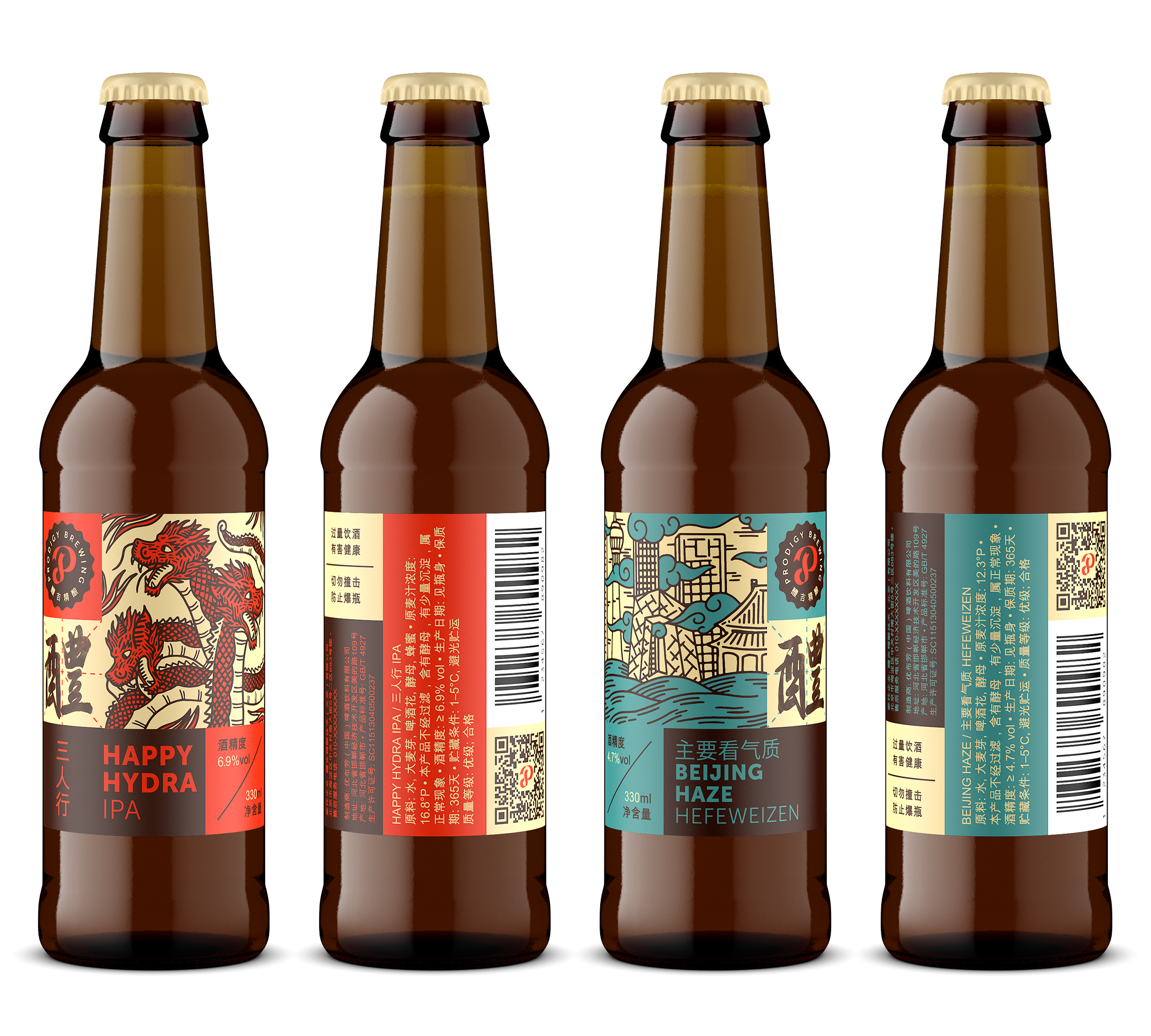 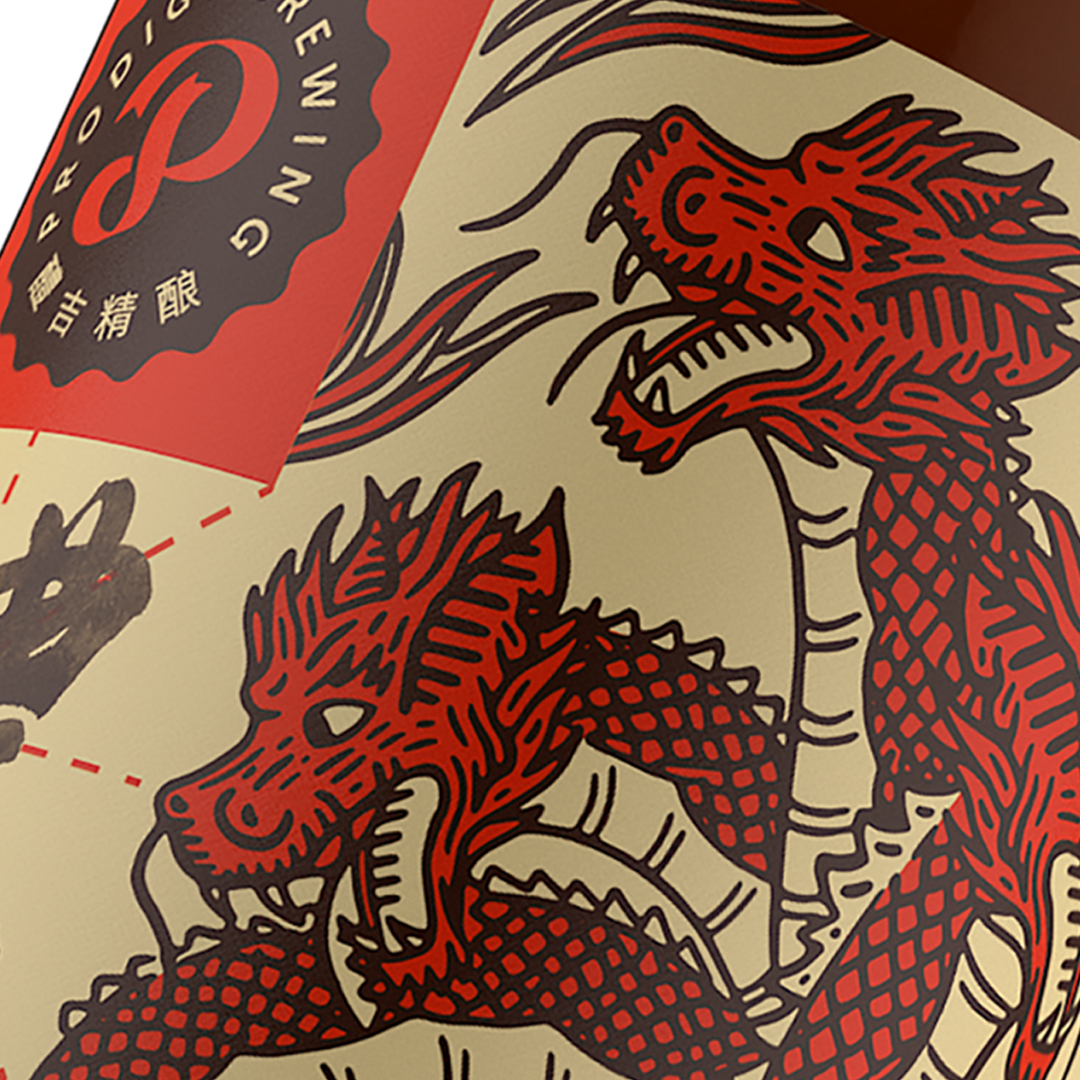 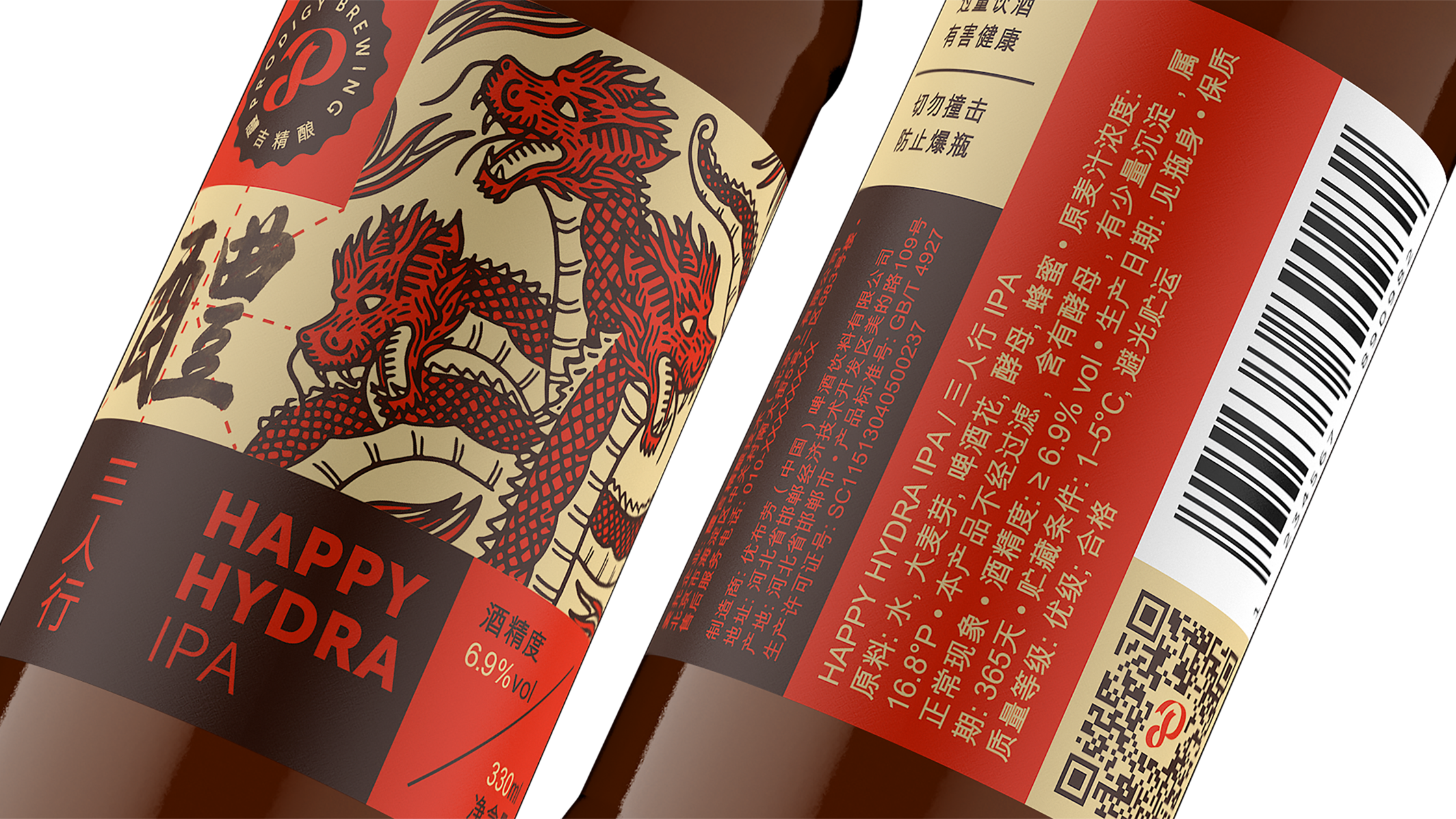 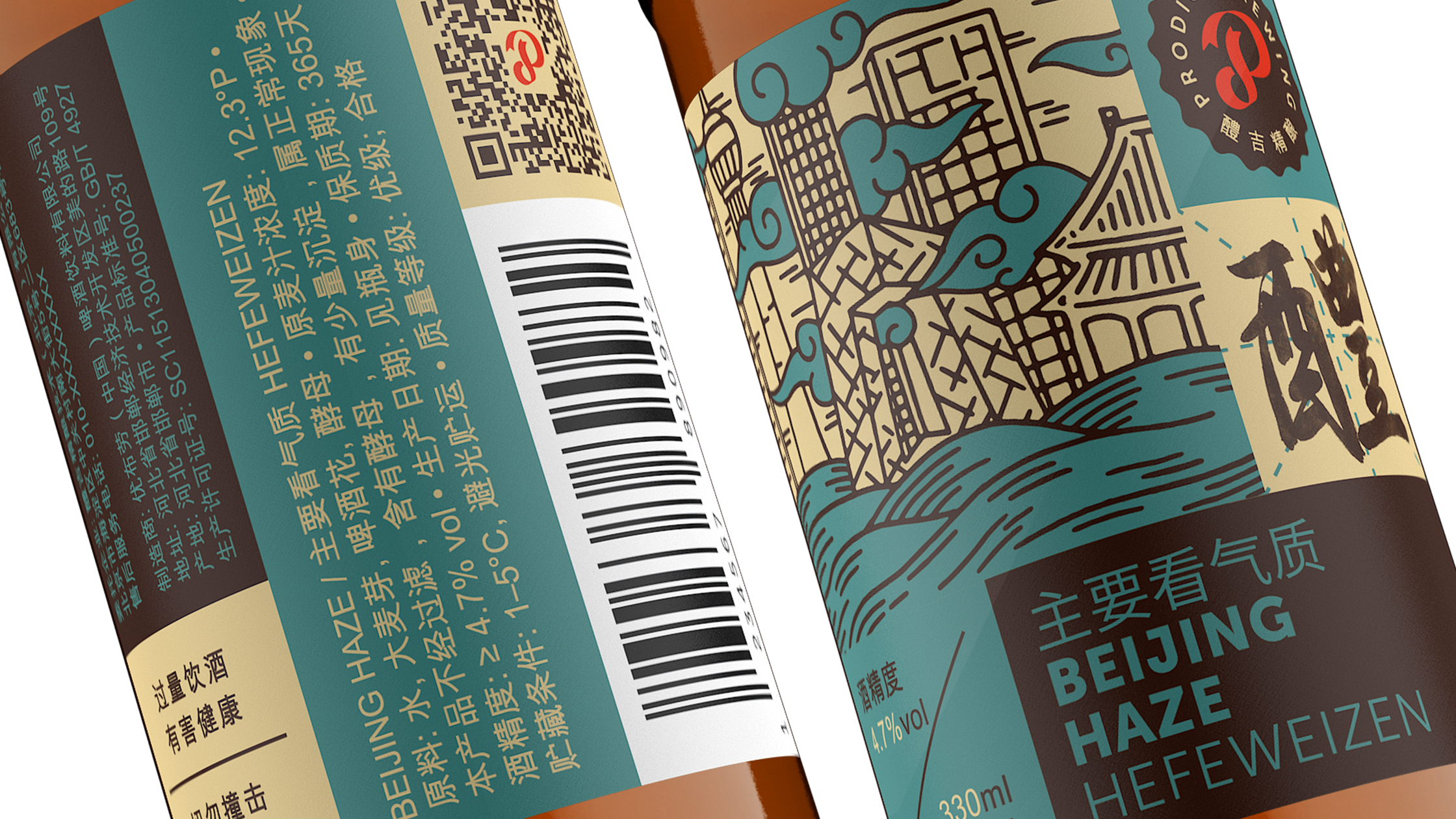 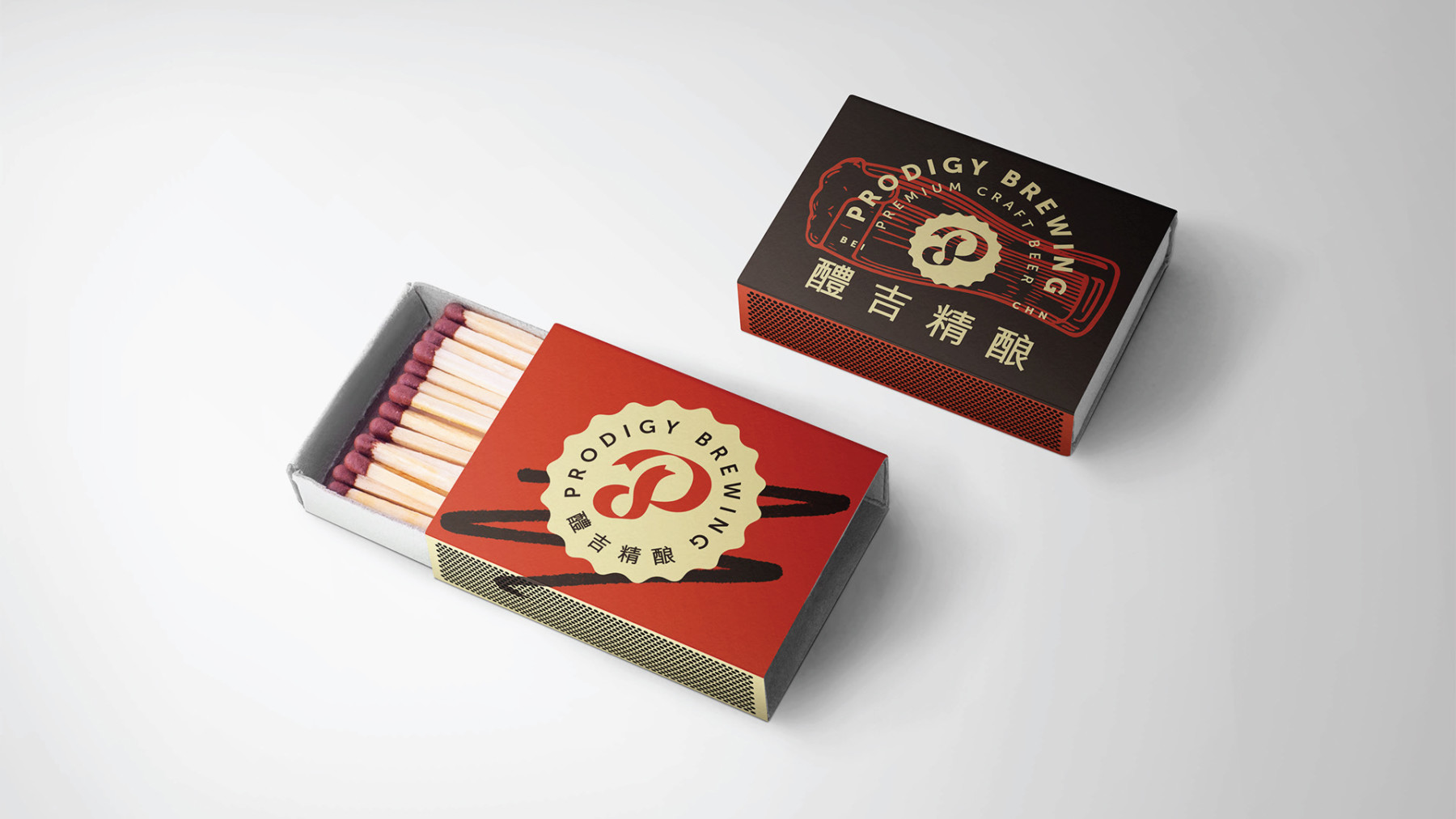 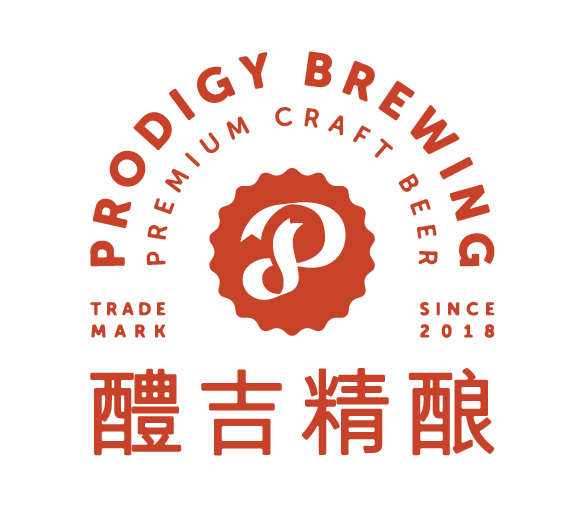