In a market as mature as Denver, it’s frankly a bit astonishing that the dated look of a brewery– such as that of Prost Brewing’s previous aesthetic–lasted even as long as it did: seven years. And honestly, to think, too, that this brewery is only seven years old is also perplexing. The Denver staple’s packaging was so outdated in its design that it looked like a homebrew starter kit from 1987, if I’m being polite.

With all that said, it’s commendable that the team behind Prost made the decision to bring their look up to speed. Especially considering the state and volatility of the craft beer market as it stands today. Thankfully, there are folks like those over at Indy’s CODO Design

“In an industry ever-fixated on the shiny and new, Prost is an anomaly. We didn’t realize just how special their beer is until we journeyed out to Denver for the project kickoff. Prost is one of maybe a dozen breweries in the United States who can claim to brew in adherence of the Rhineheitsgebot (German beer purity law) for their flagship lineup. All grains and hops are imported from Germany, then subject to a variety of old-world brewing methods, including esoteric detours like decoction, horizontal lagering and step mashing.”

As described by CODO there, the approach to Prost’s brewing techniques is really quite impressive, especially in a landscape of milkshake, hazy, candy, Slurpee, etc. takes on beer. All of that makes Rhineheitsgebot appear that much more reverent.

Prost’s liquid passes through a copper brew kettle that flown over piece by piece from a 400-year old brewery in Breitengüßbach, Germany. I mean, c’mon. That kind of quality and brewing approach was not at all conveyed in its packaging and visual identity.

And CODO asked all the appropriate questions when re-approaching their brand. “Is there a disconnect between contemporary American craft beer and the traditional Rhineheitsgebot approach to brewing? Boundary-breaking recipes, adjuncts and aging processes stand apart from set-in-stone Old World methods–can these two seemingly different approaches live together under the same roof? To what degree do we modernize the traditional German look & feel? How can we make Prost look more premium through its overarching identity, tap room design, website and storytelling while remaining true to their most important differentiator?”

So with these considerations, the design team at CODO dove in head first, and somehow blended traditional Old World German with modern flair, and the result is spot on… 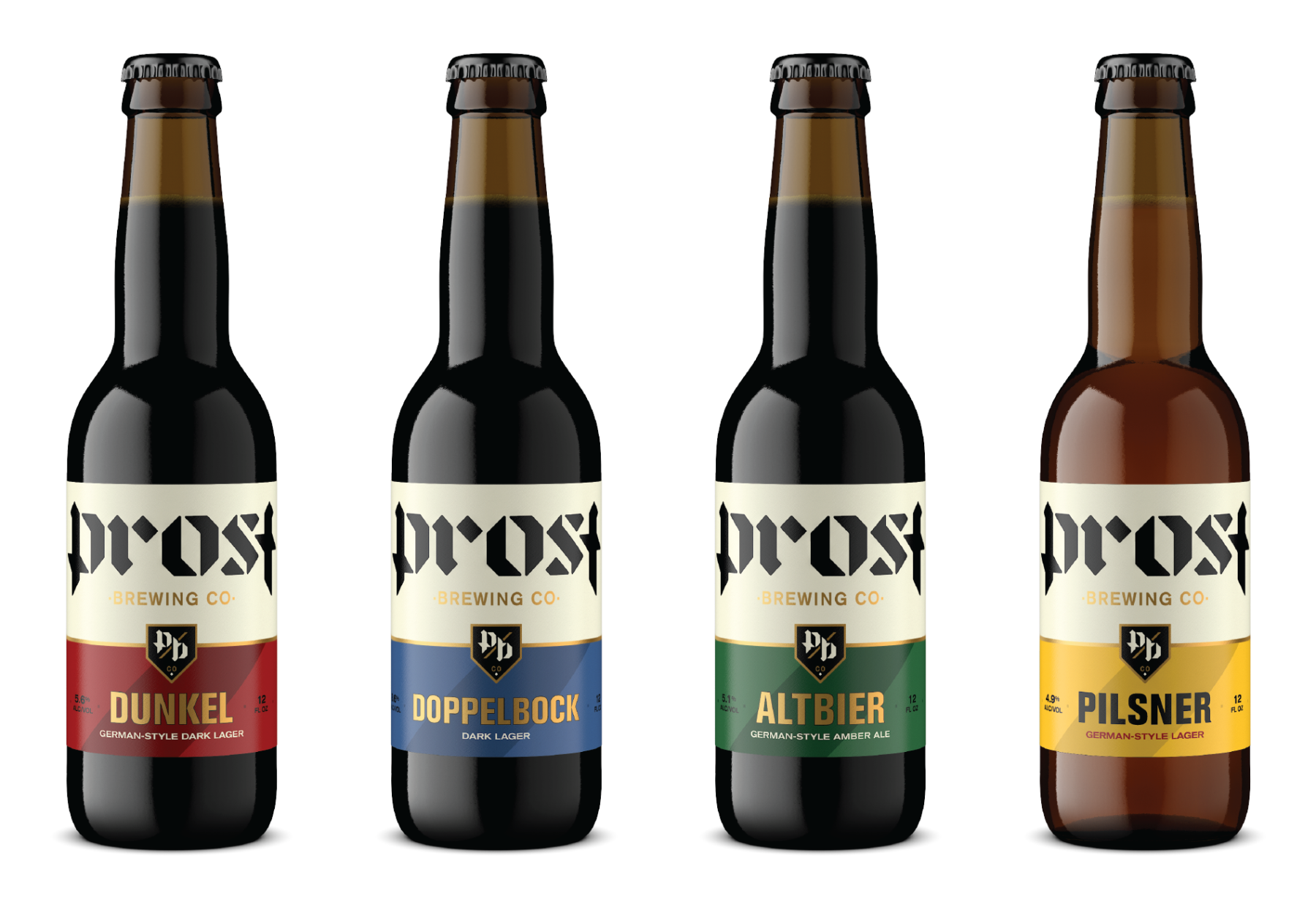 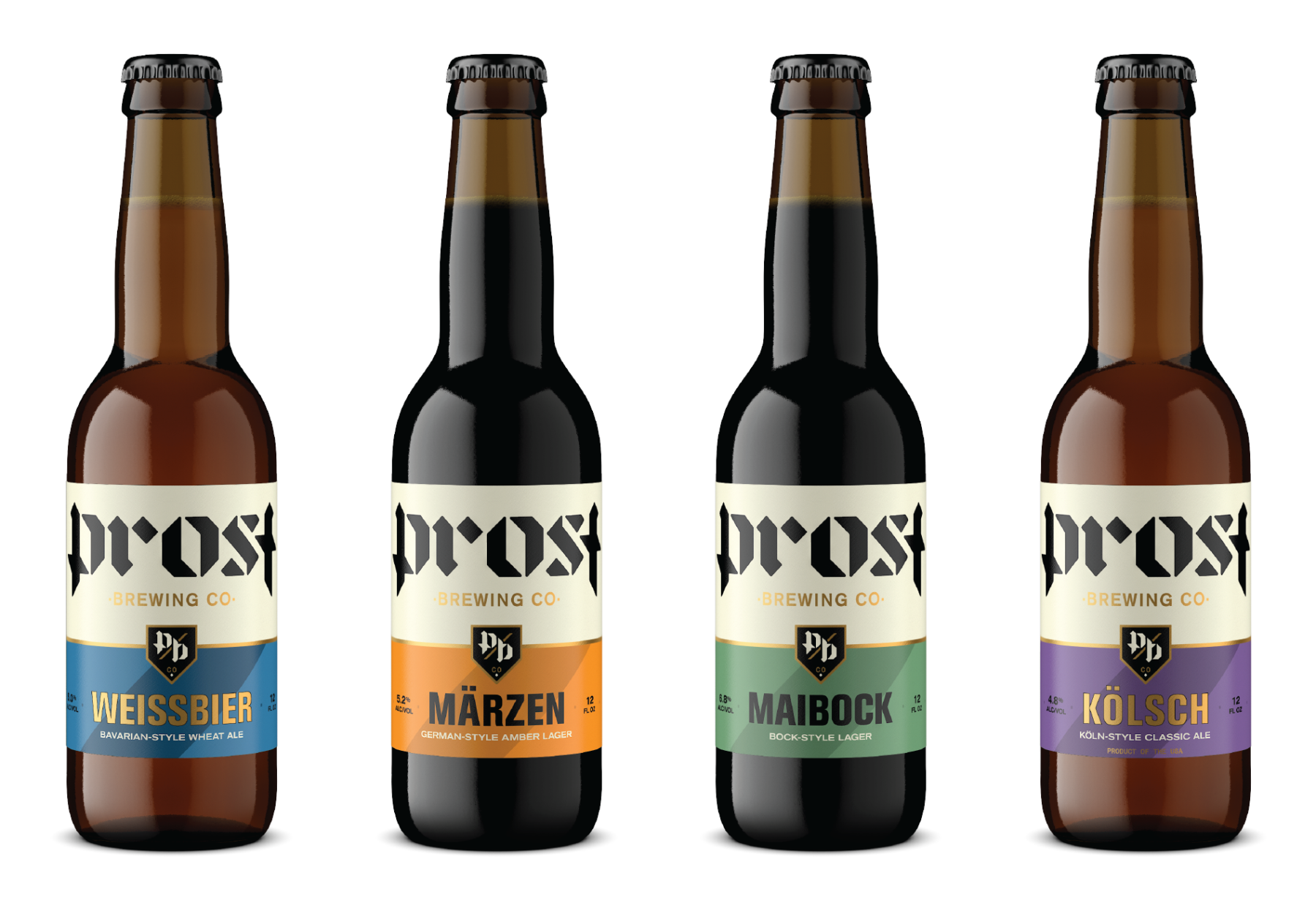 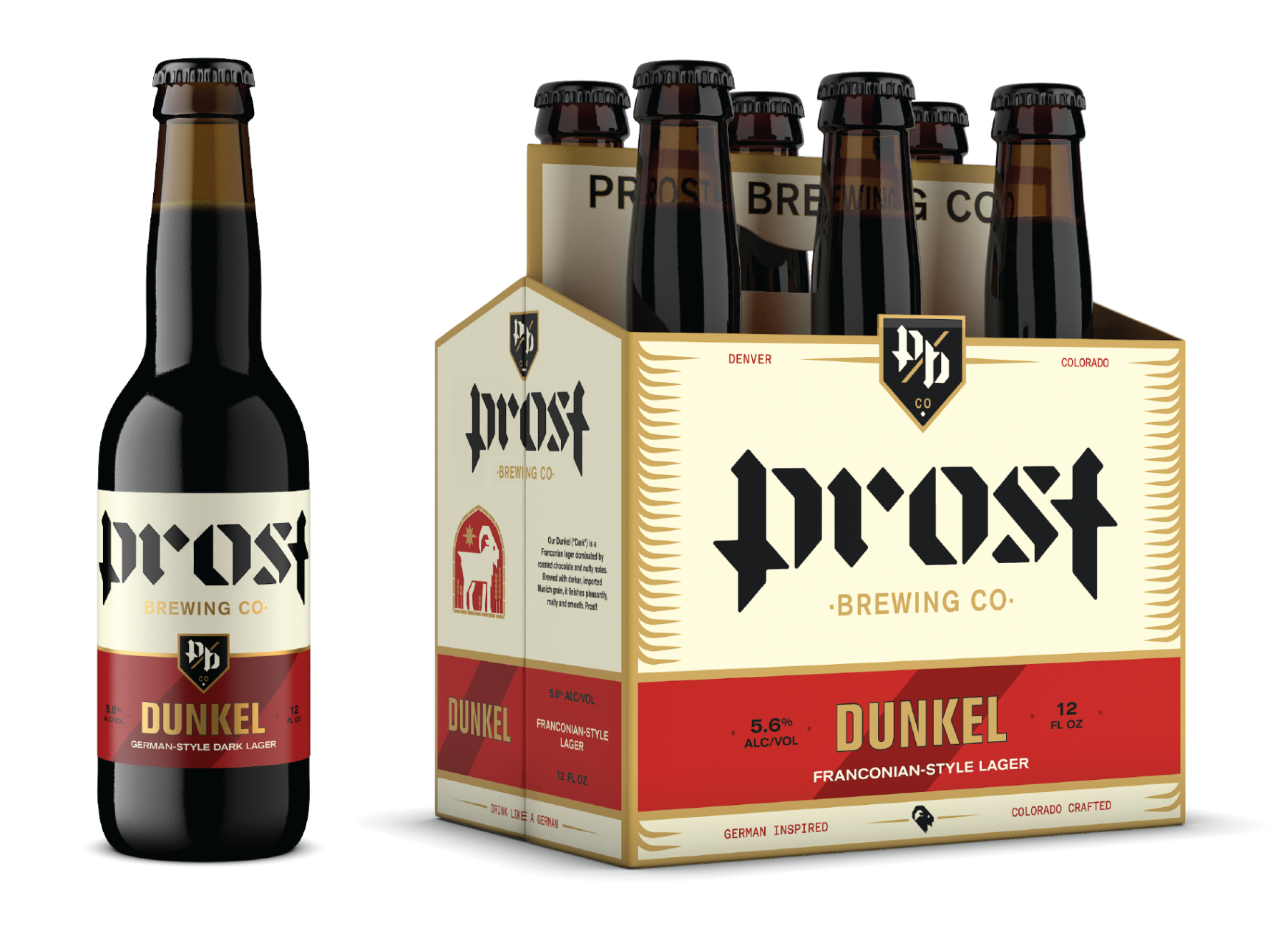 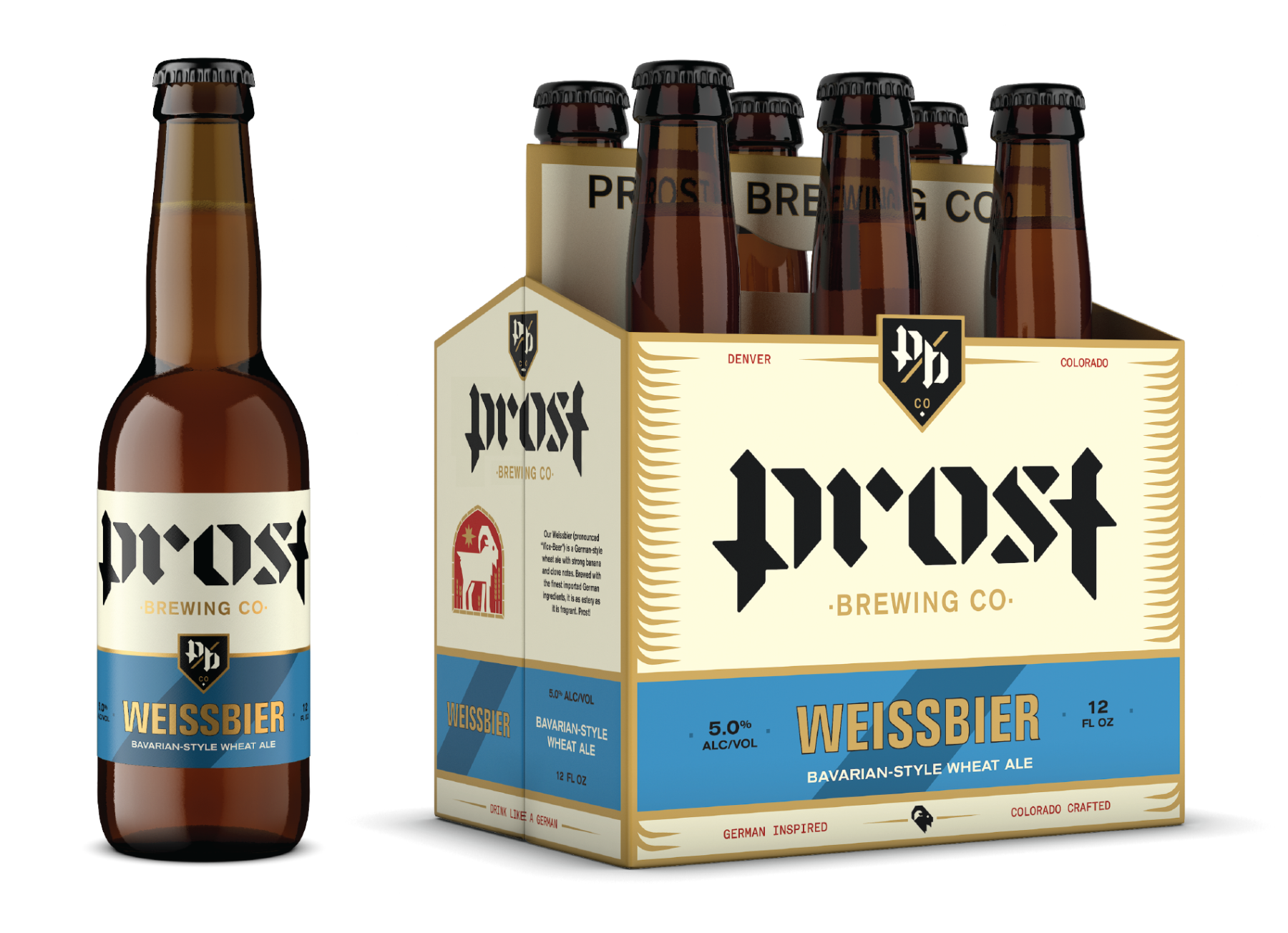 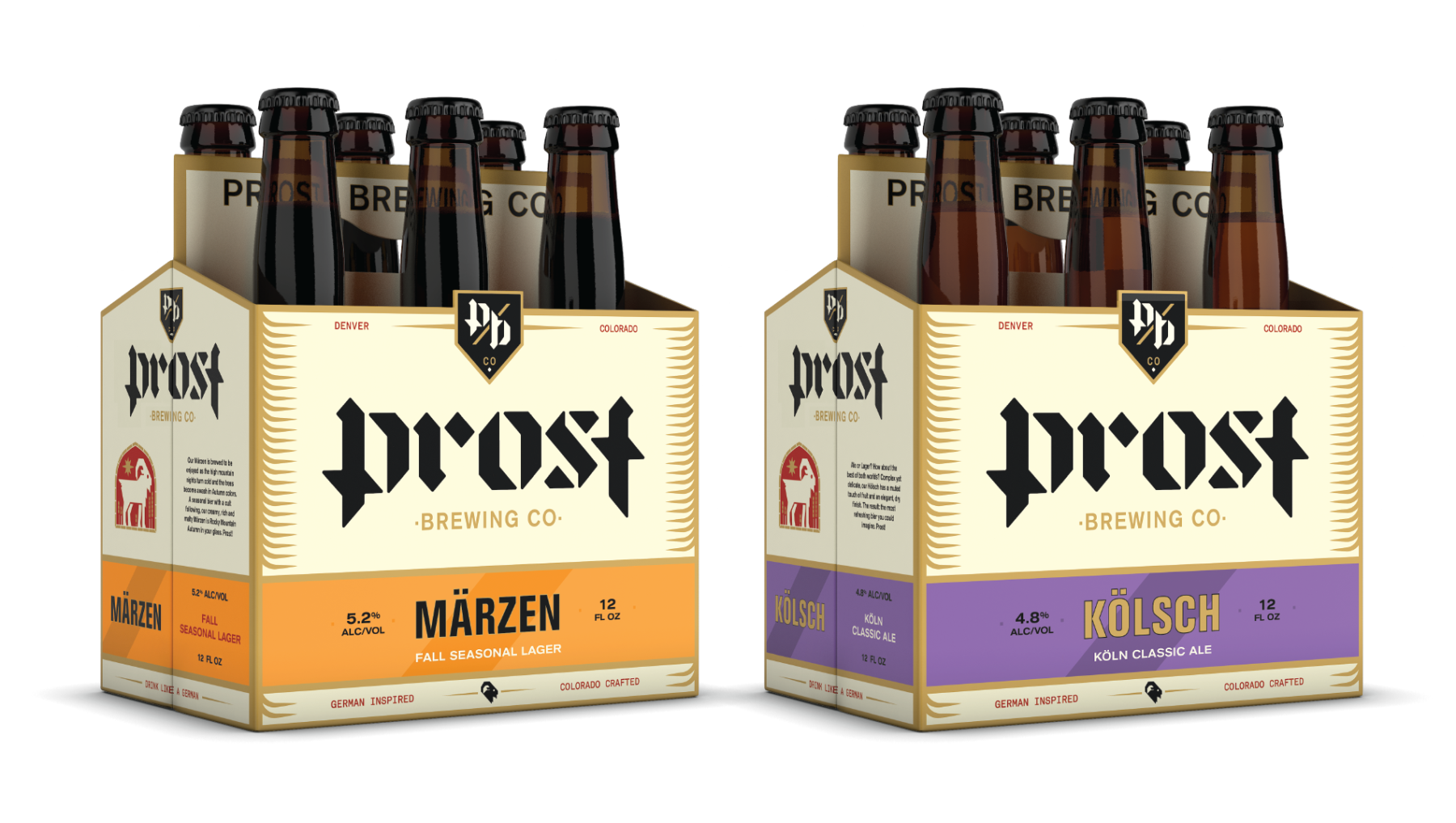 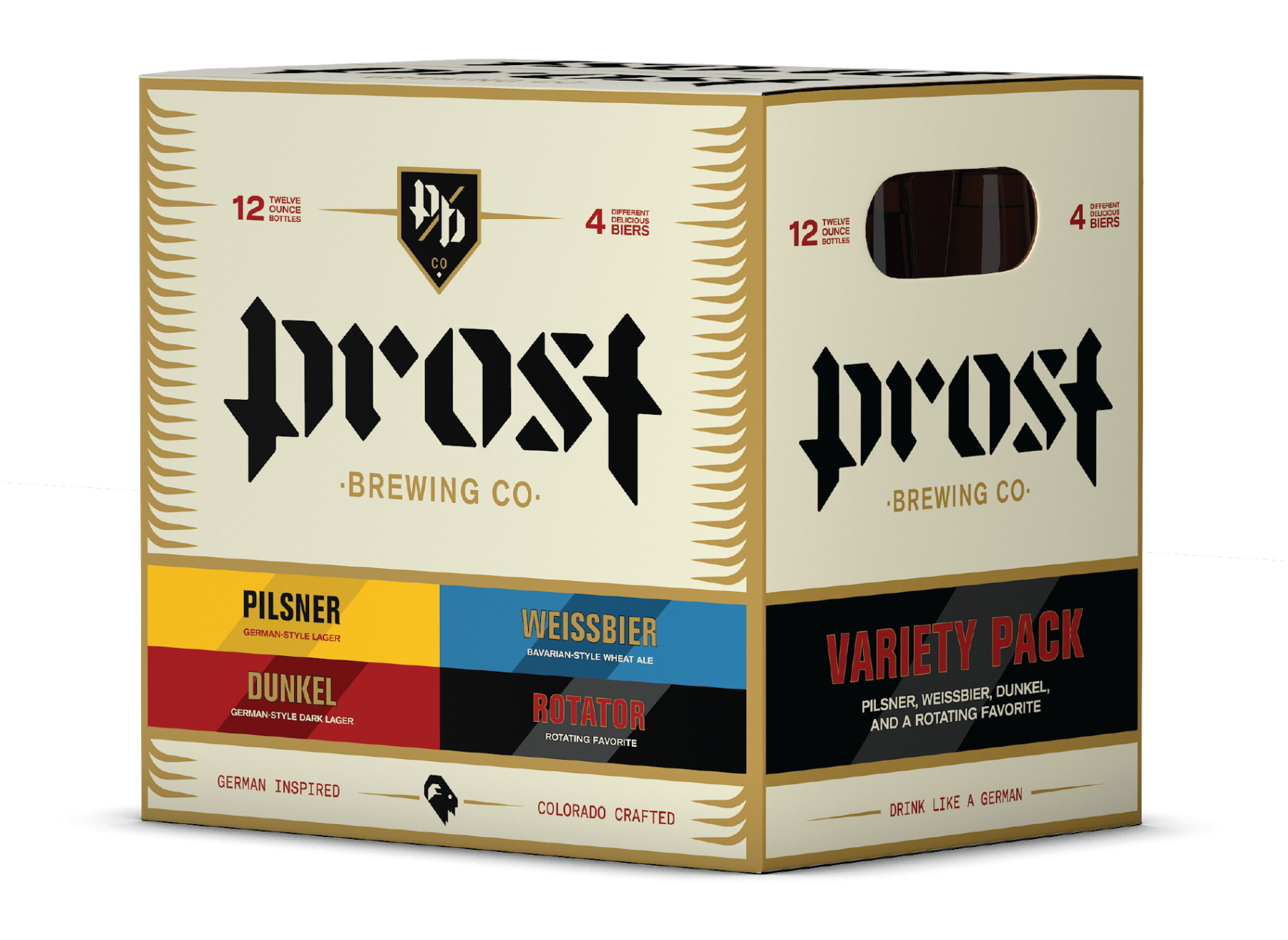 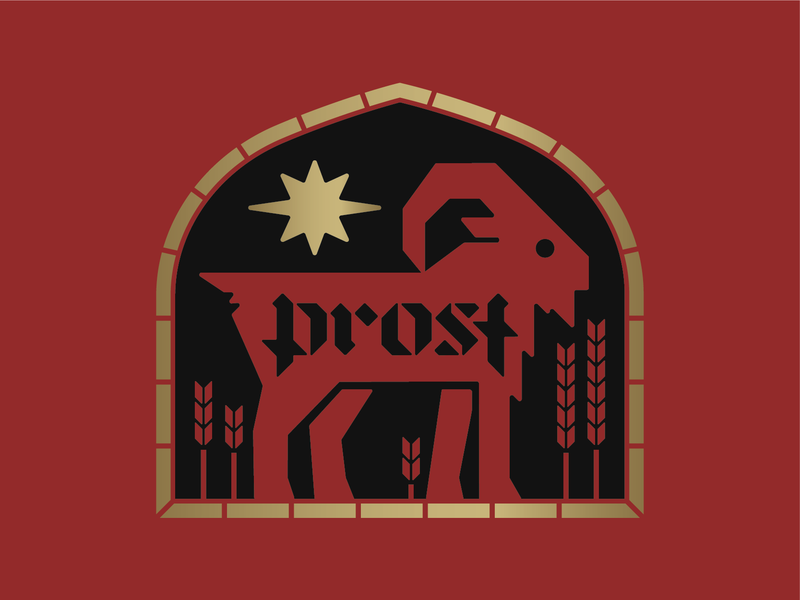 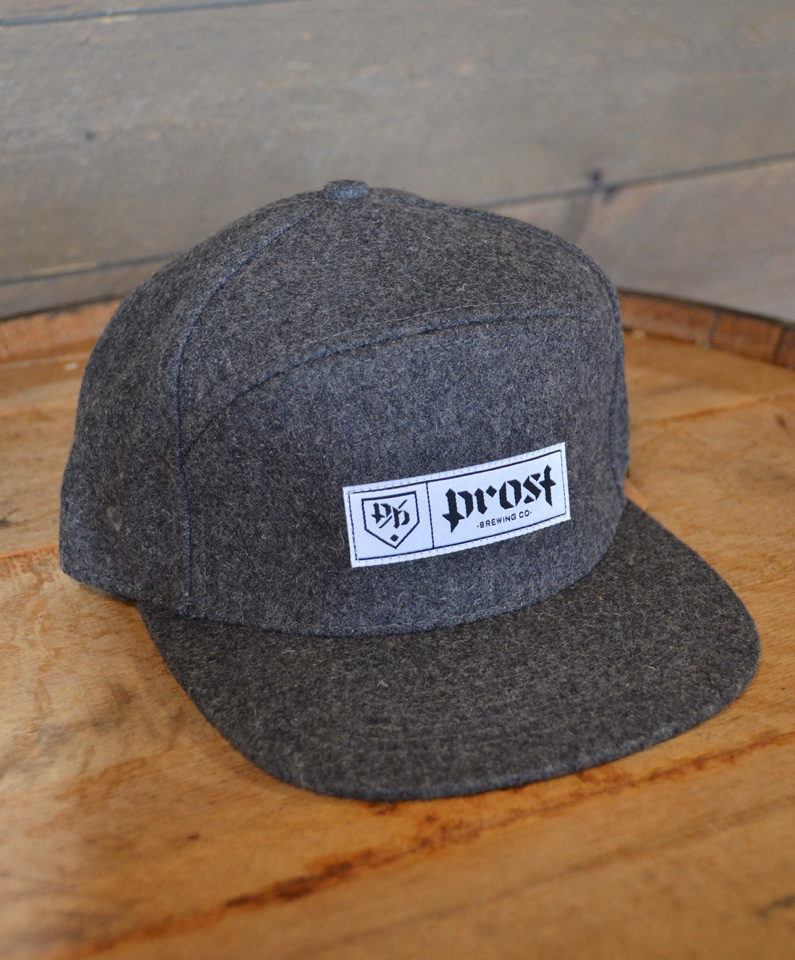 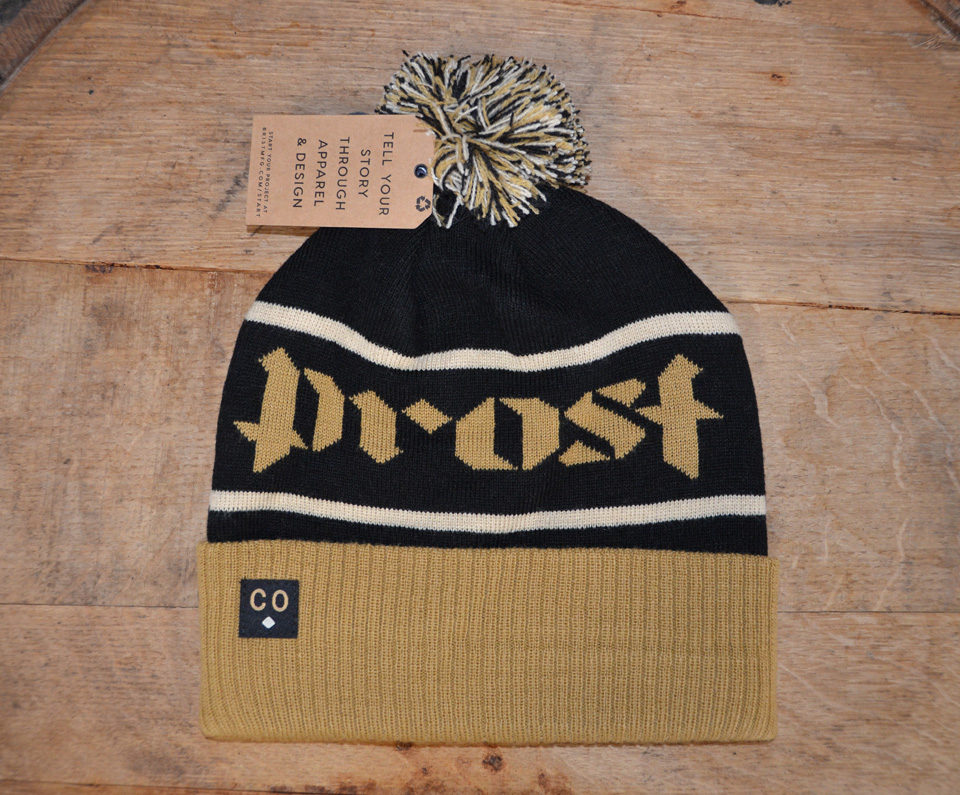 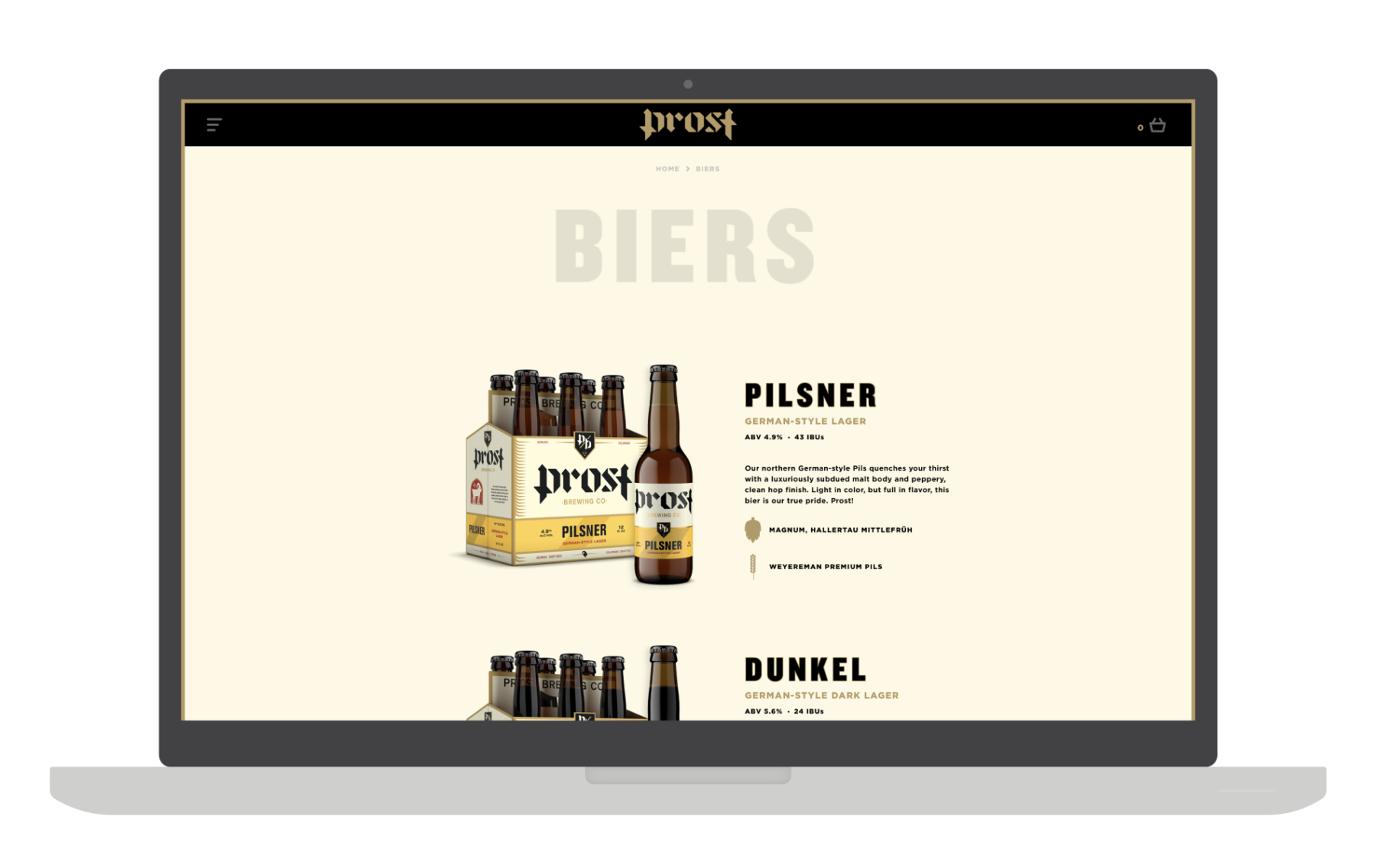 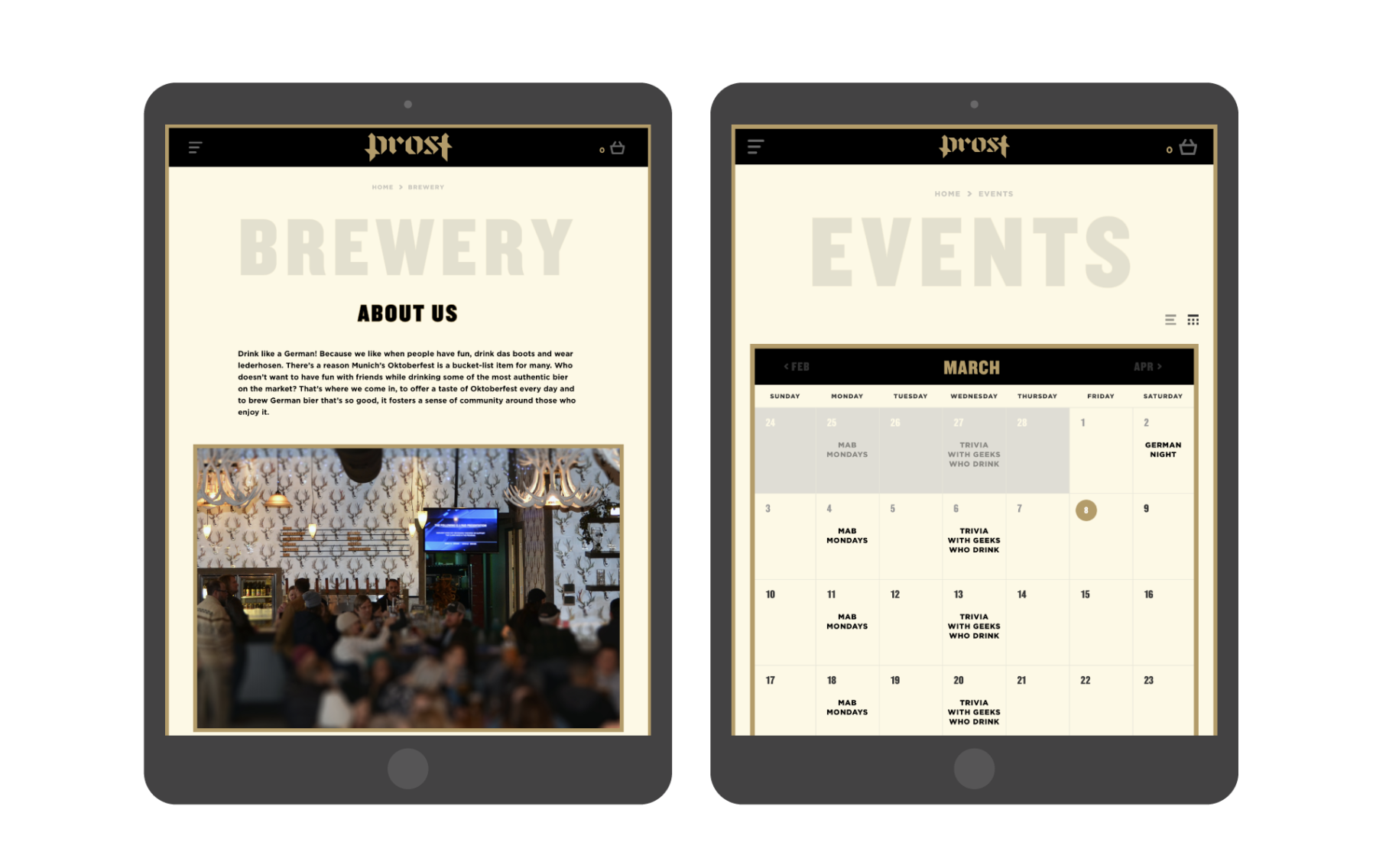 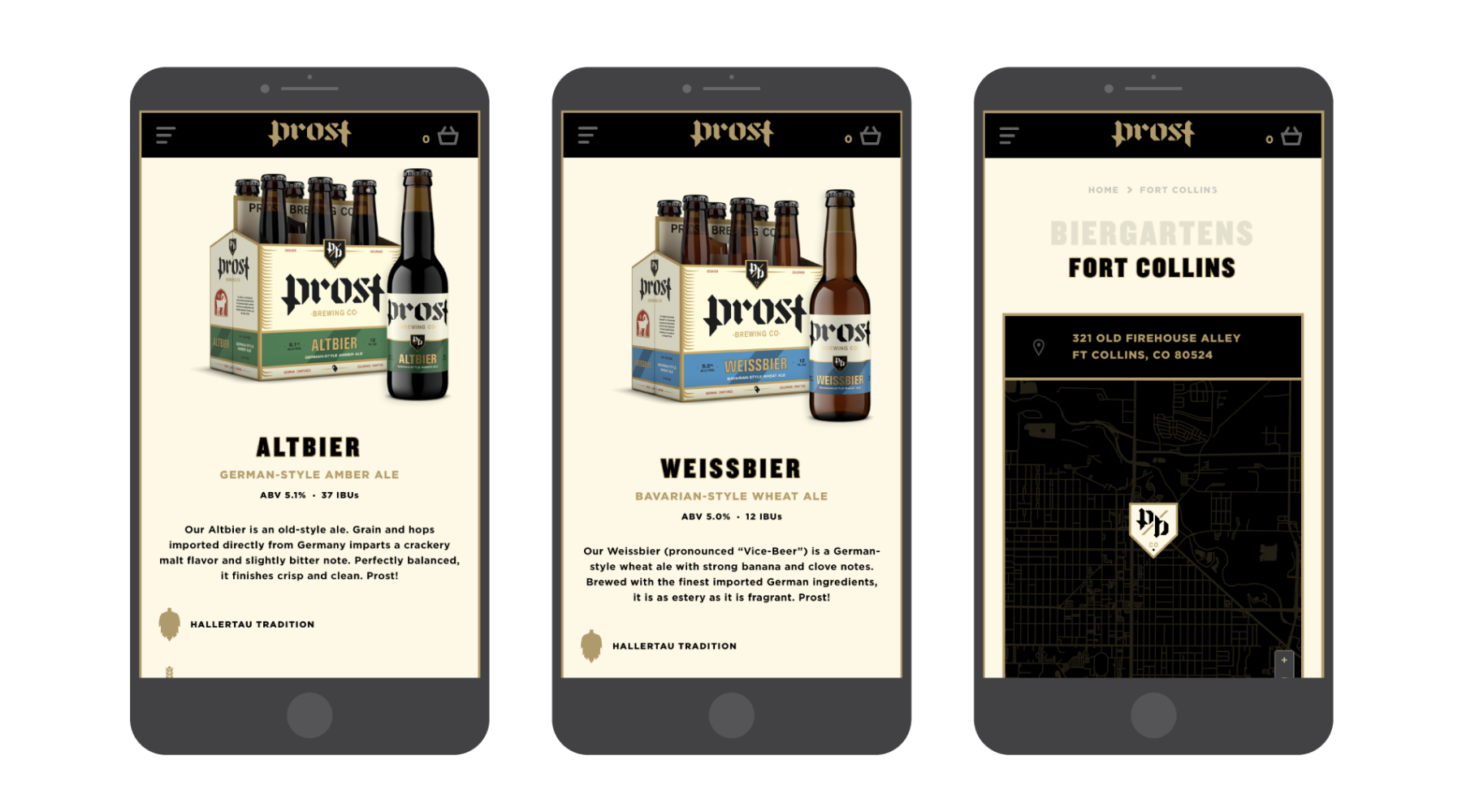 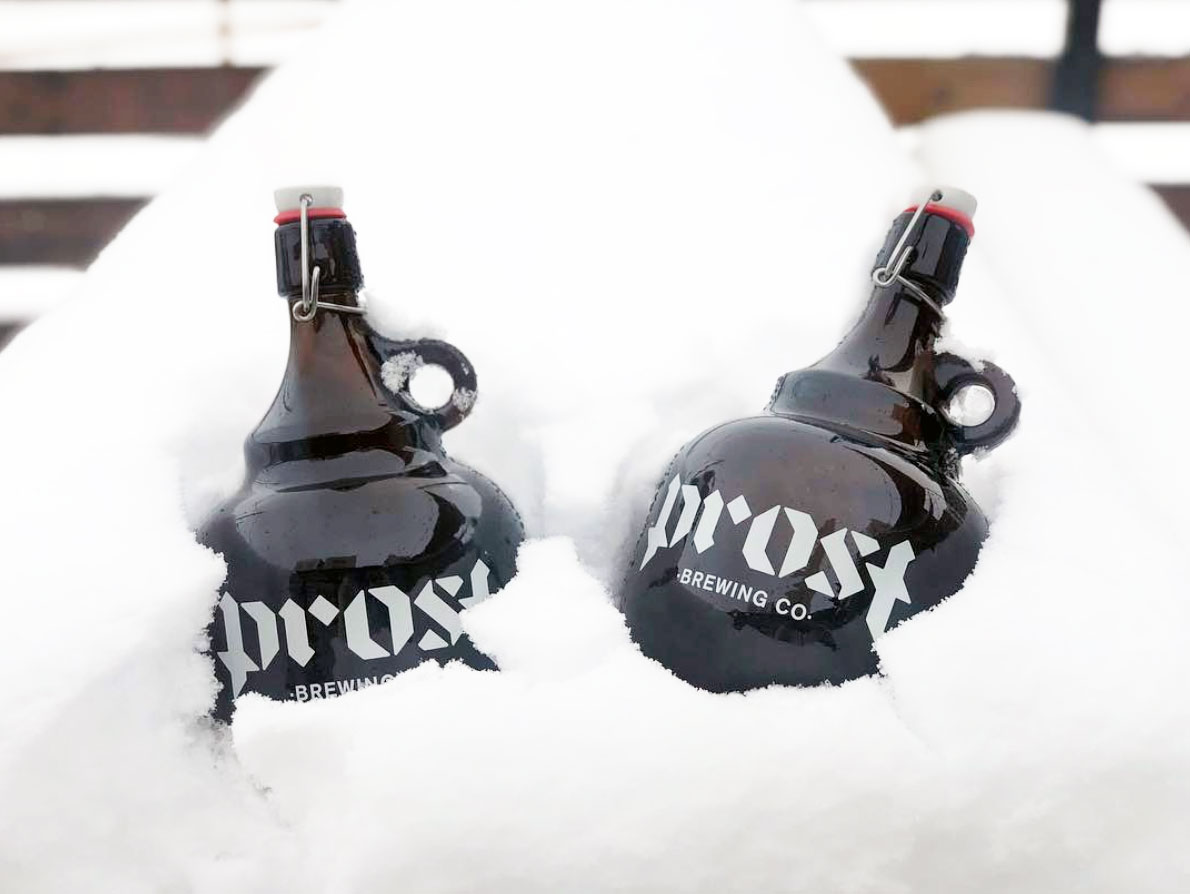