For anyone State-side tasked with naming as many breweries in New Zealand as they could, it’s likely their count would exist on one hand at best. And as far as a widely available ‘national beer’, you’d be even harder pressed to pinpoint one. What Guinness is to Ireland, Carlsberg is to Denmark and Carlton is to Australia, one brewery is similarly trying to achieve for New Zealand.

The brand: Waitiri Beer. It was conceived in 2018 with the aim of becoming the national beer of New Zealand–meant to ‘represent the people who feel pride in living in this special corner of the world, an egalitarian world full of nature and adventures with a co-operative spirit.’

Tasked with creating the identity for this national-brand-in-waiting was fellow New Zealand outfit, makebardo design, who we showcased earlier this year, here. They incorporated several nods to Kiwi pride, while keeping a relatively simple and striking aesthetic. The flag’s stars, the country’s iconic black color choice, the silver fern…it’s all there. Even the name is in reference to the native Maori people, translating to “thundering water; disturbed stream.”

[From makebardo’s site]: “All the elements that convey national pride and represent the New Zealanders in the world have been used. Waitiri has a new attitude and proves to customers that it’s acceptable to not be a sheep in society. It’s a brand that wants to become global, but never loses it’s roots.”

It’s a rare case when you see a brewery set out to intentionally become thee national brand lager right out of the gate. And while the launch is still in its early stages, this will certainly be an interesting one to watch. 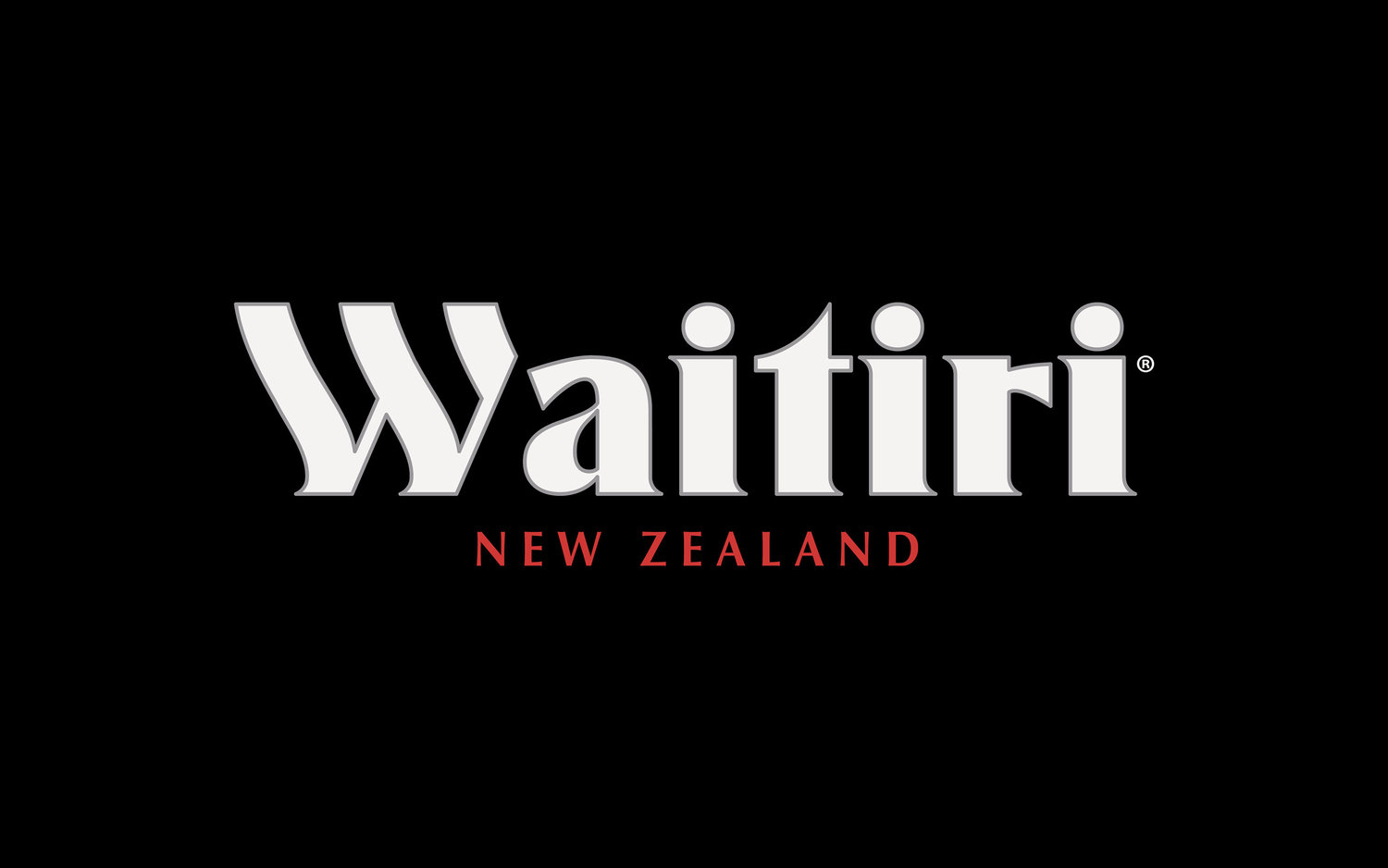 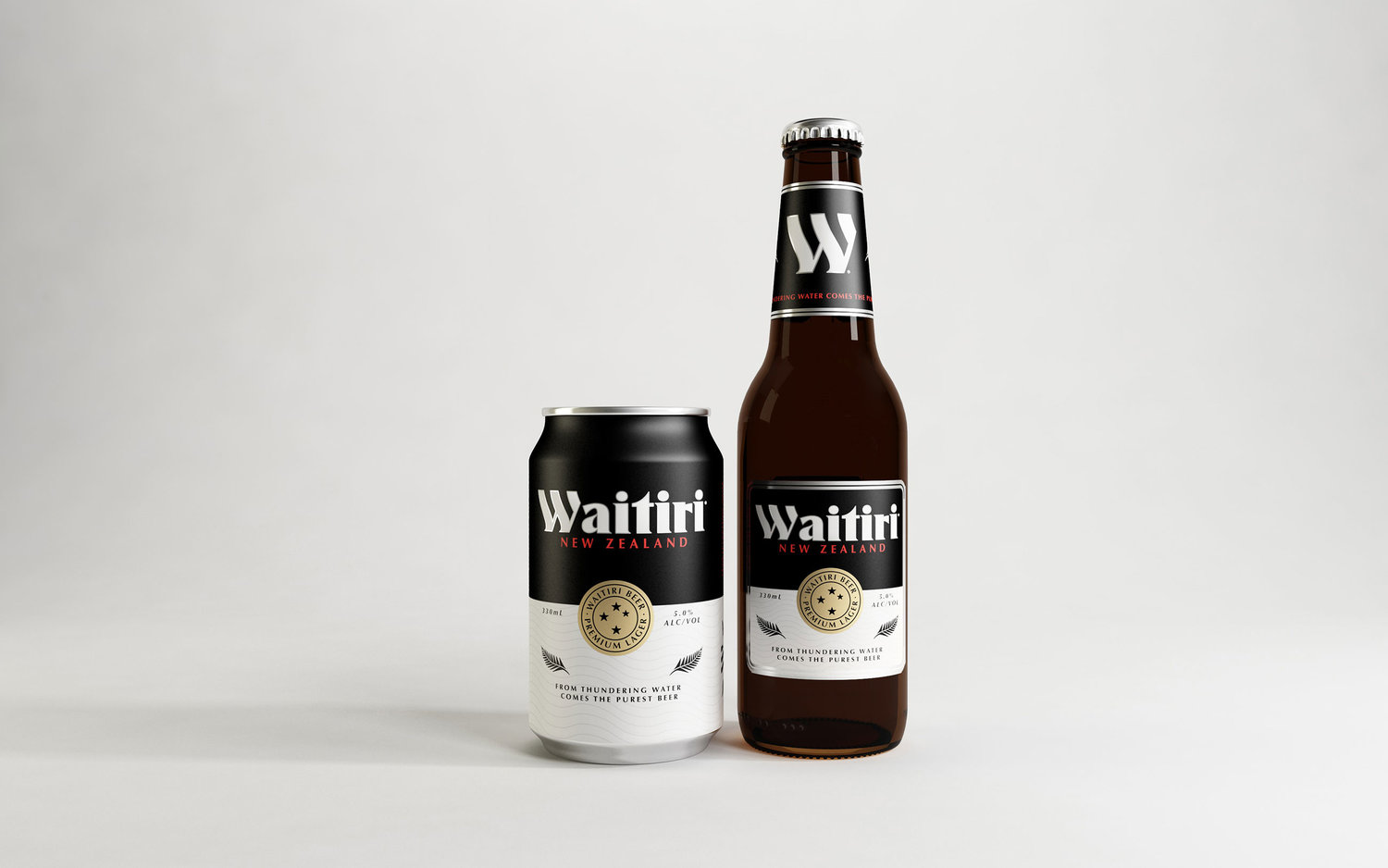 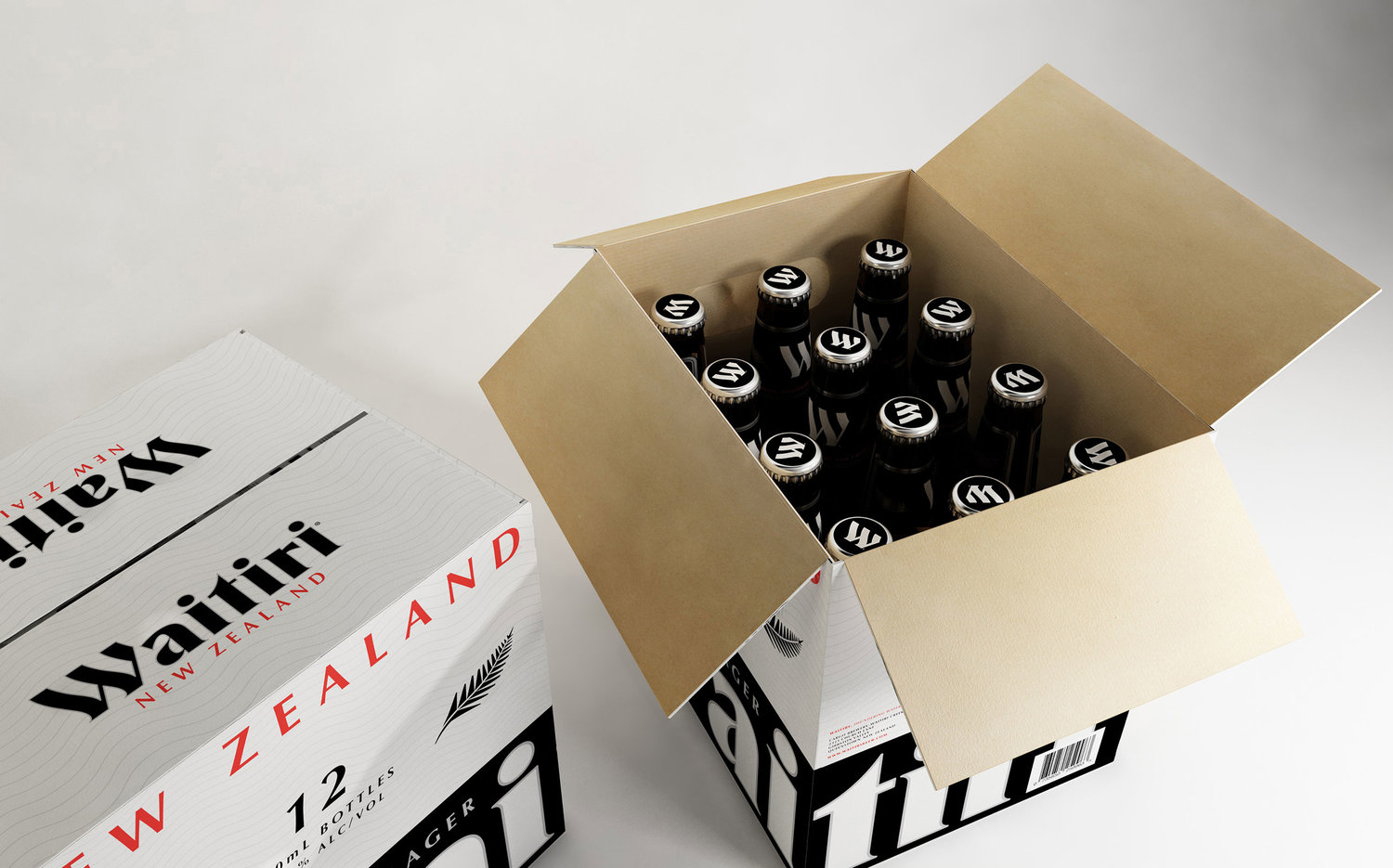 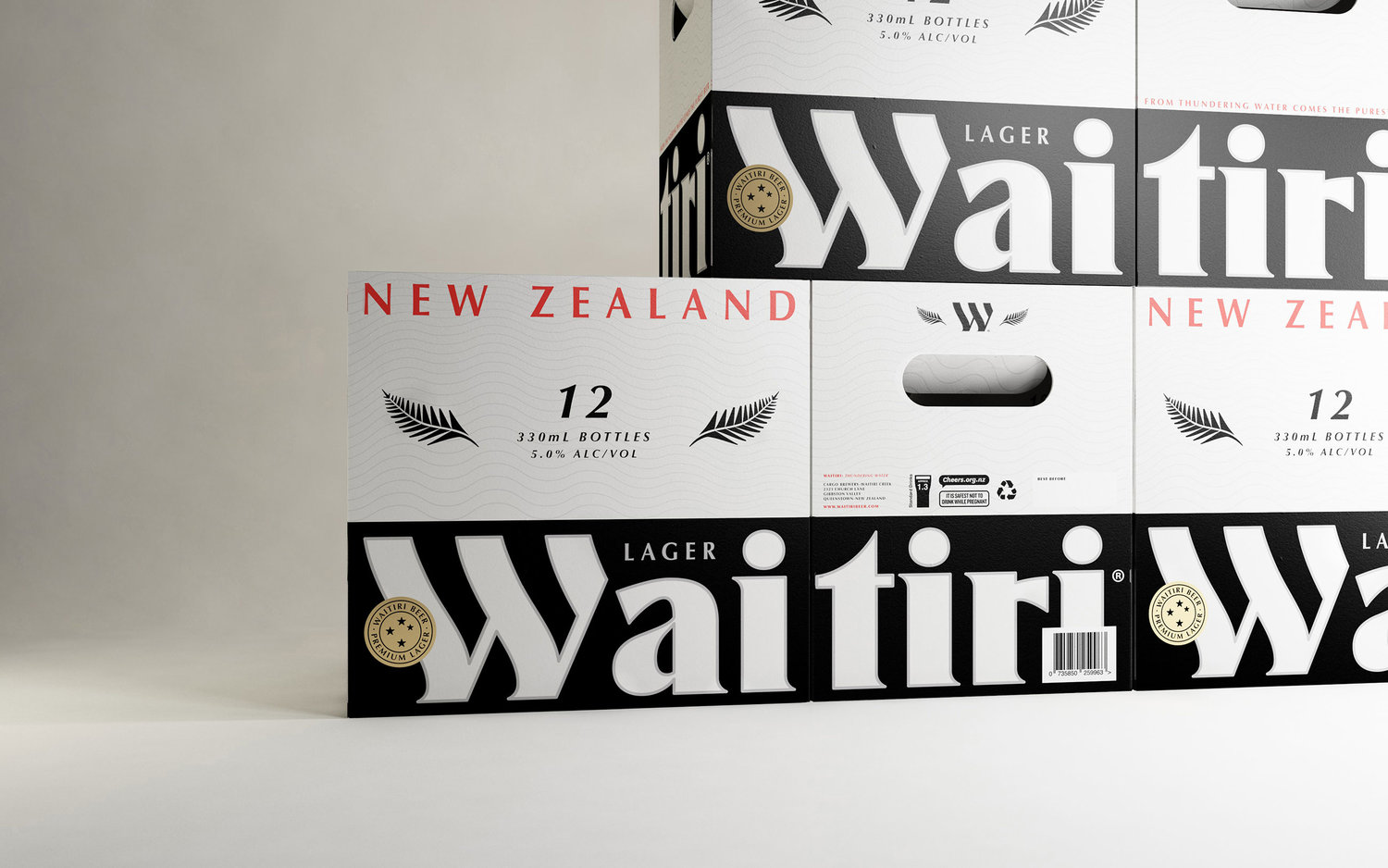 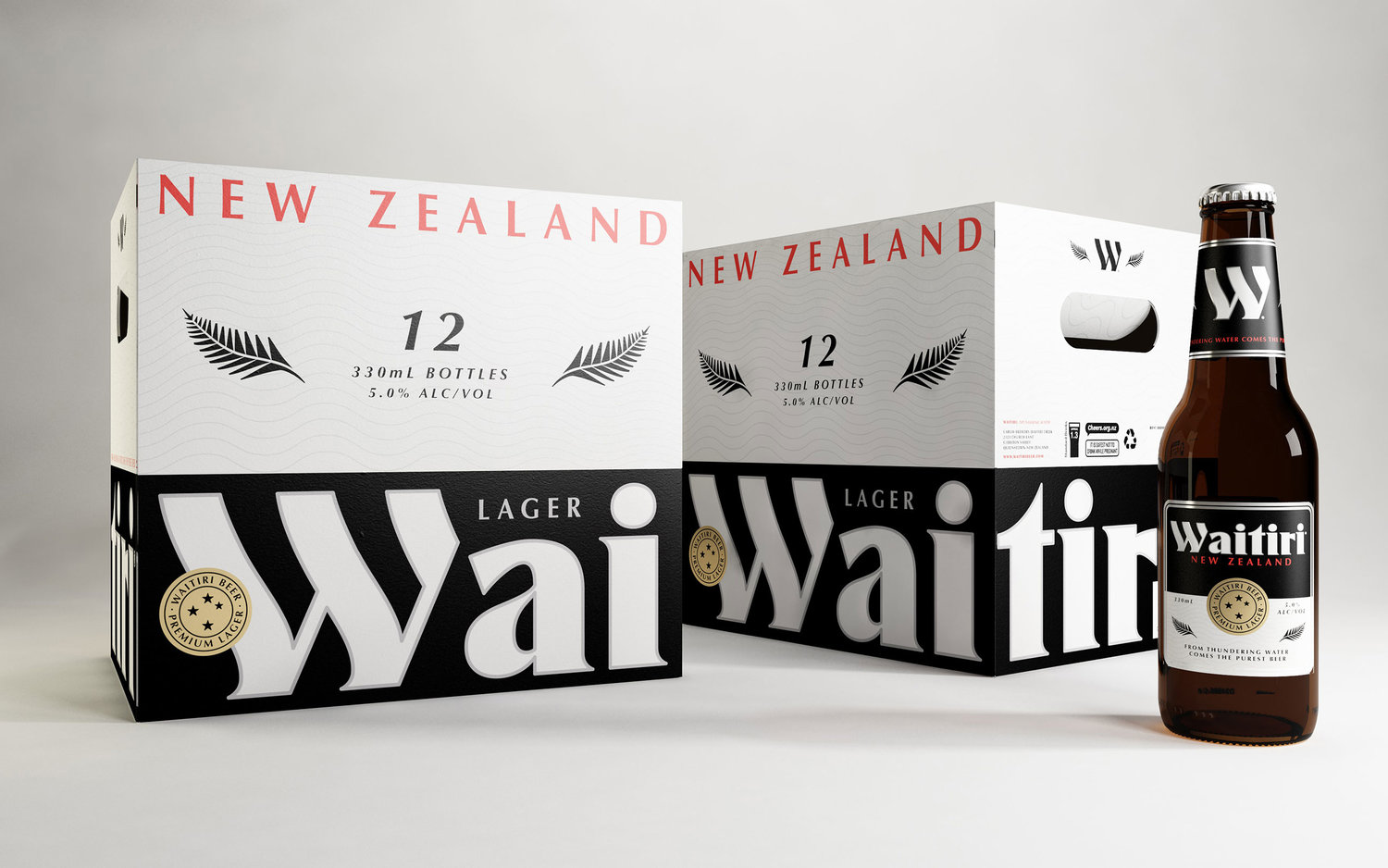 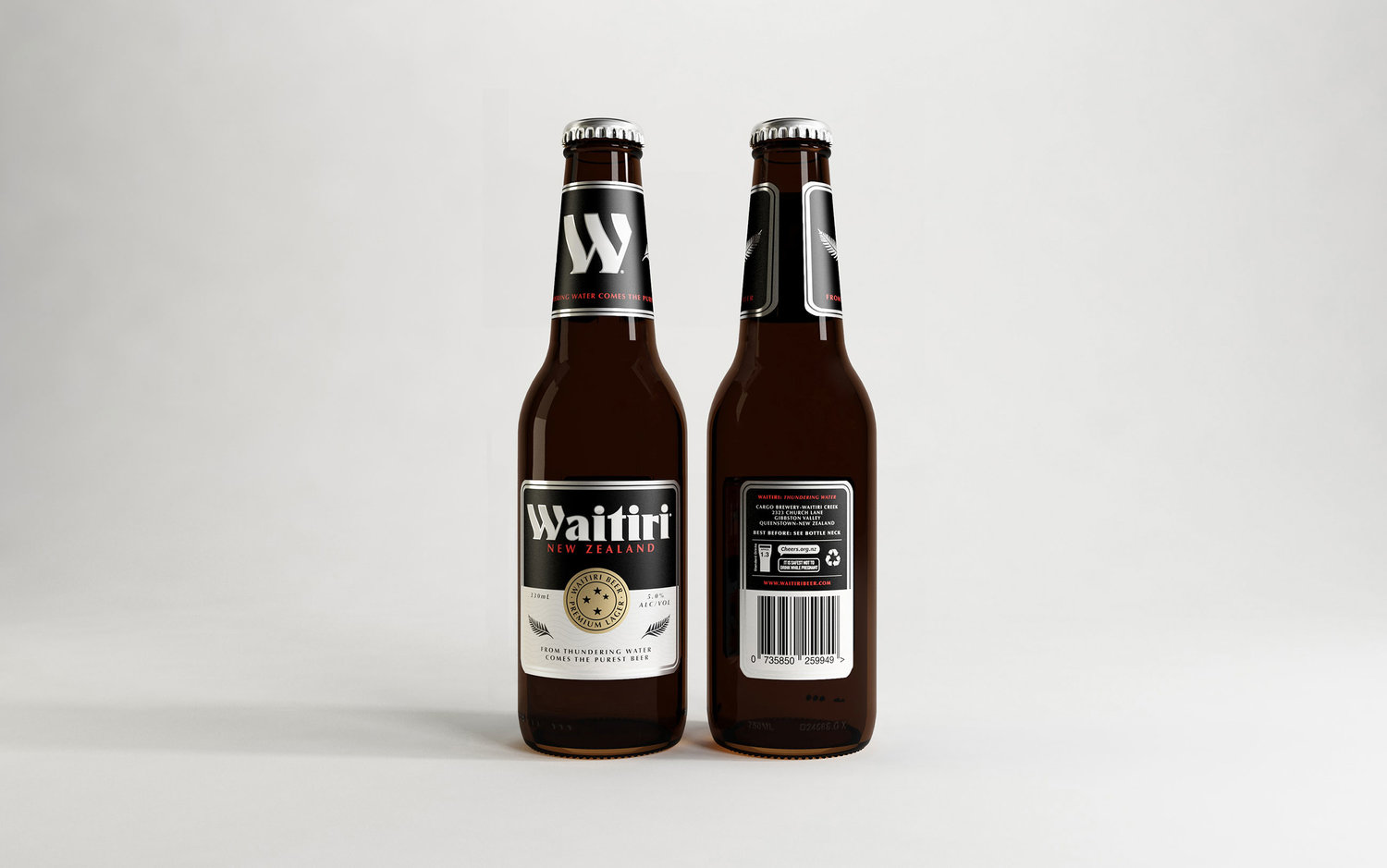 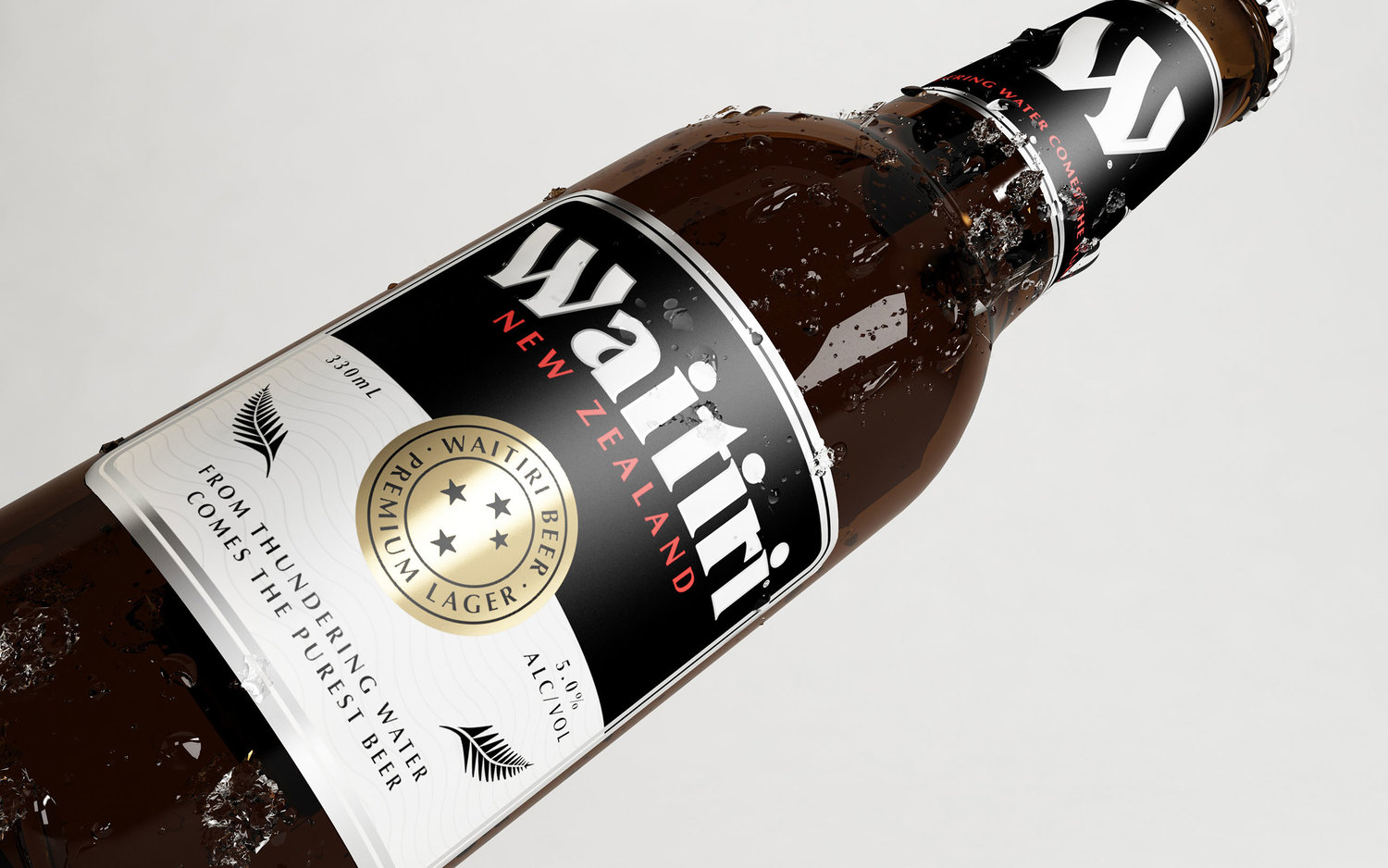 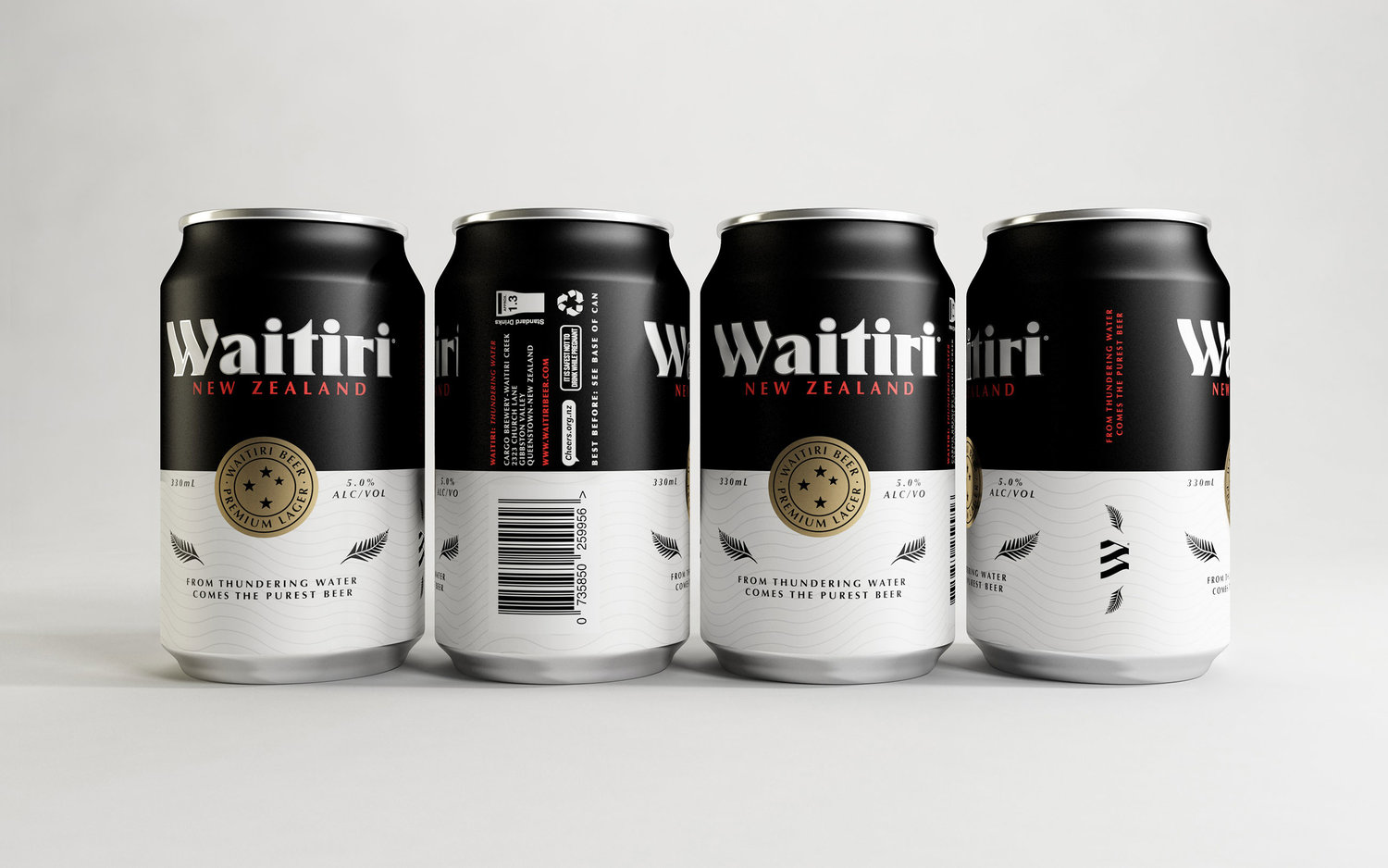 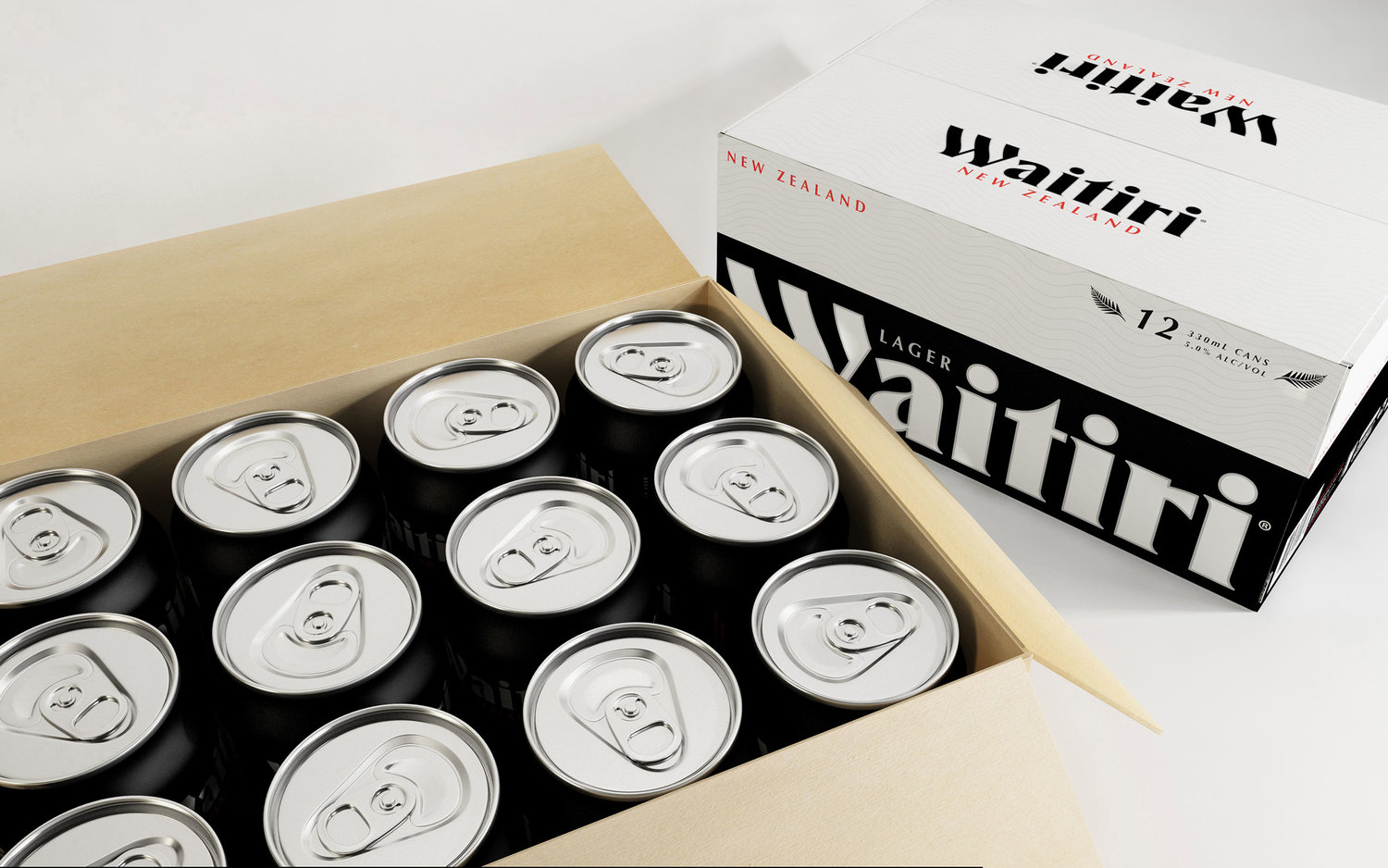 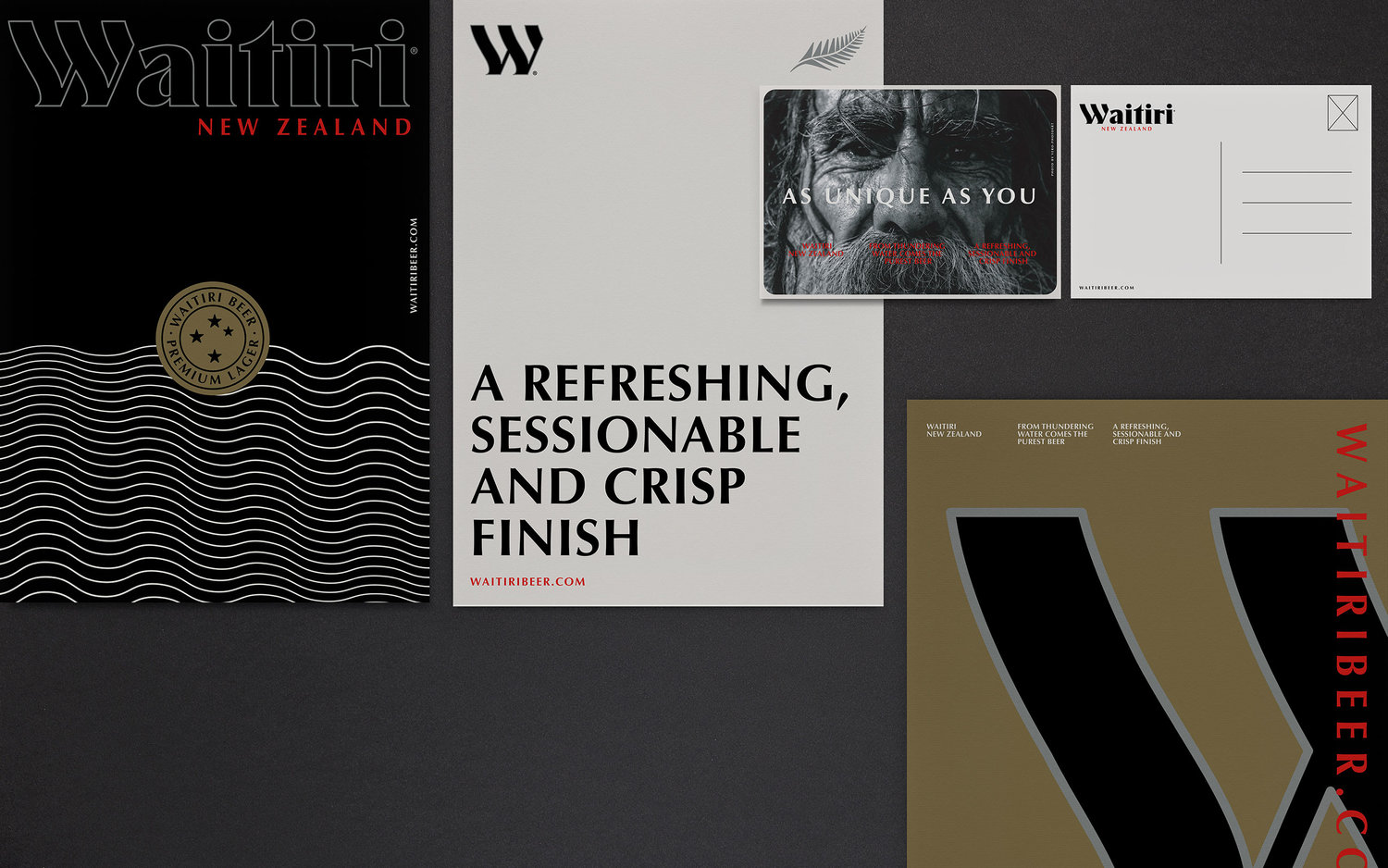 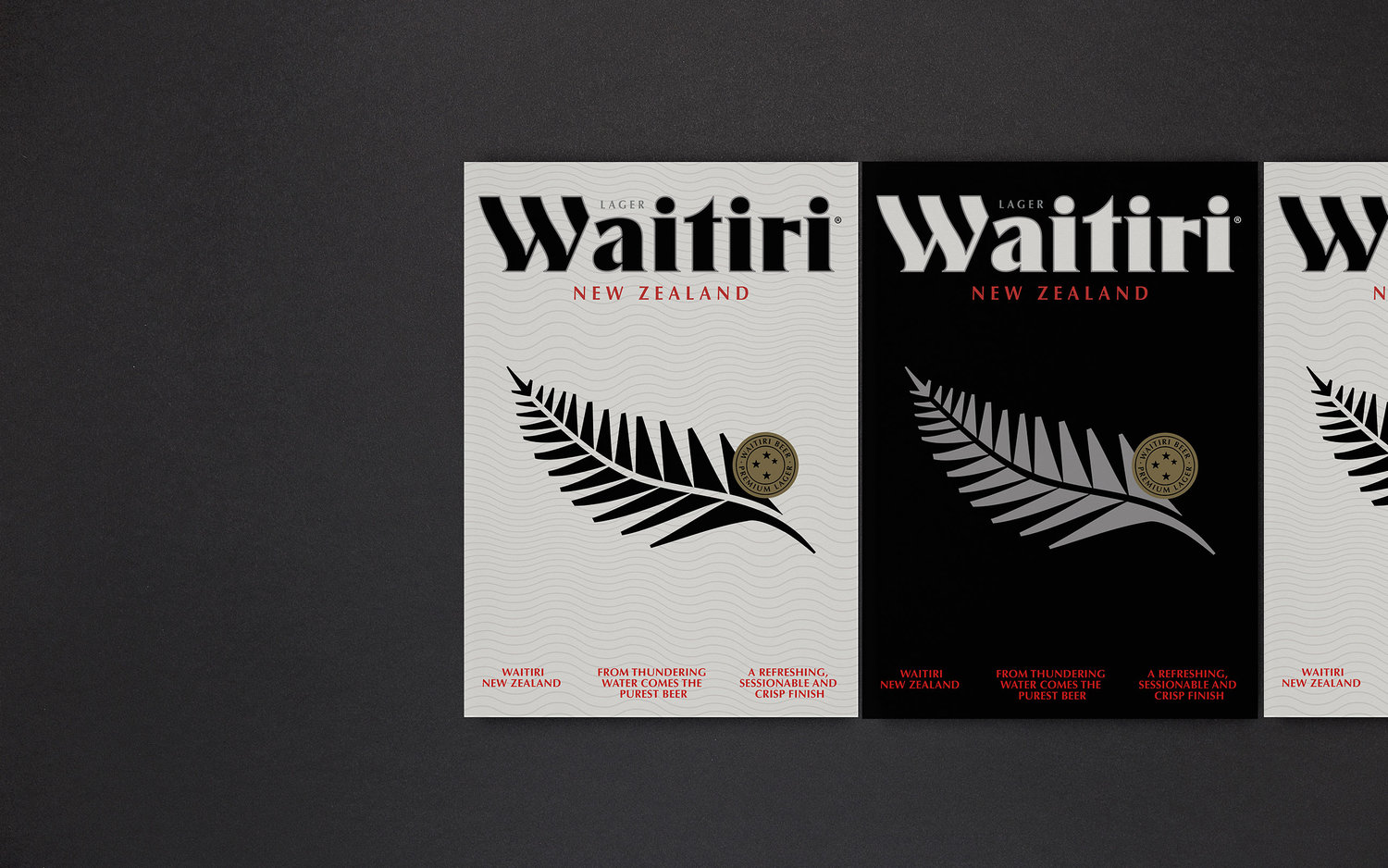