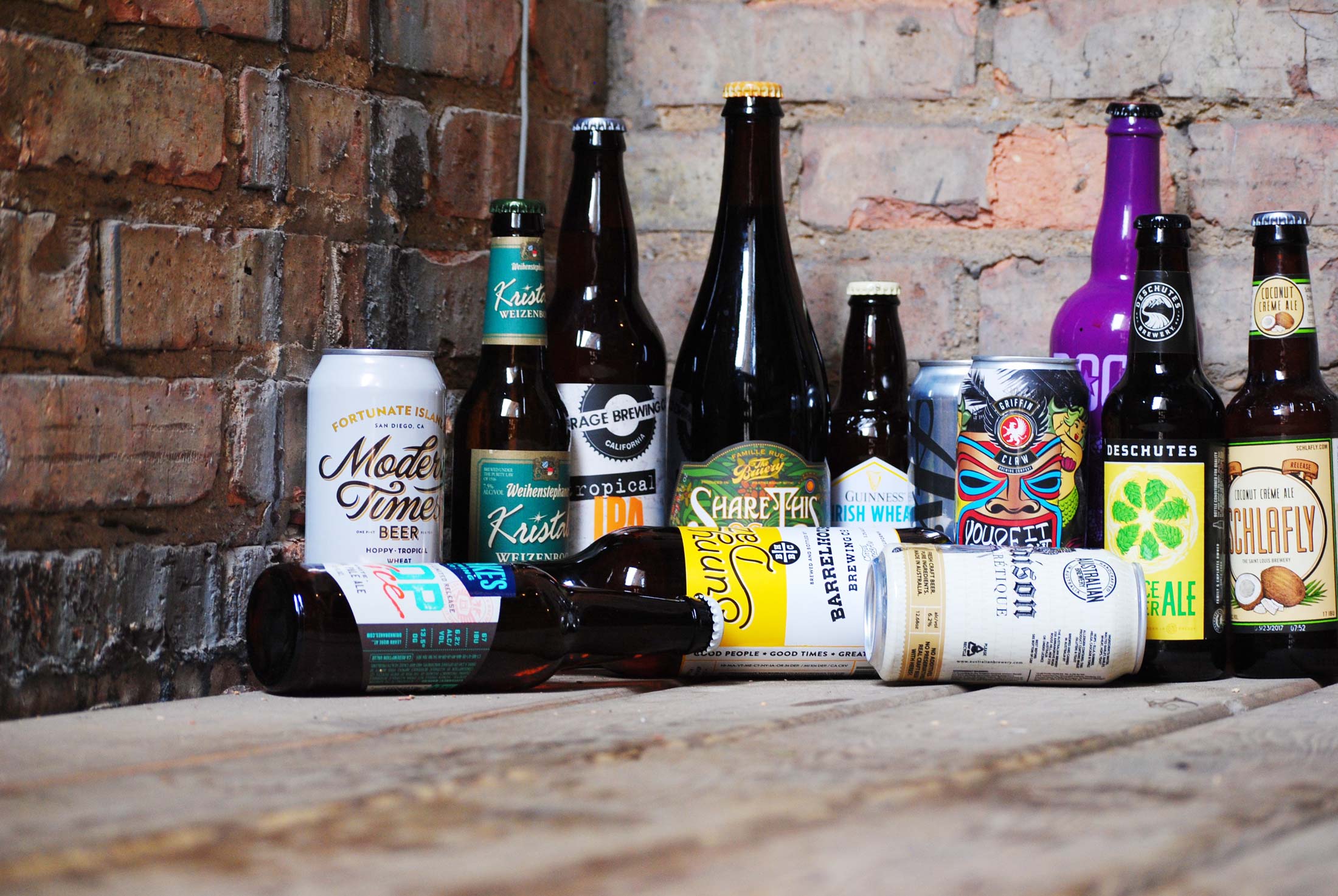 We’ve tasted through the following 16 beers for May, and rated them according to our very own interpretation of the BJCP scoring guidelines, on a scale of 100 and listed in alphabetical order. This month, hoppy wheats make their presence known, DIPAs are still in style, coconut is trending, and we even find a stout fit for warmer weather. We considered aroma, appearance, flavor, mouthfeel, overall impression and trueness to style. It’s not an exact science–we know this. We just don’t like to pass on the opportunity to drink…more beer. Cheers! 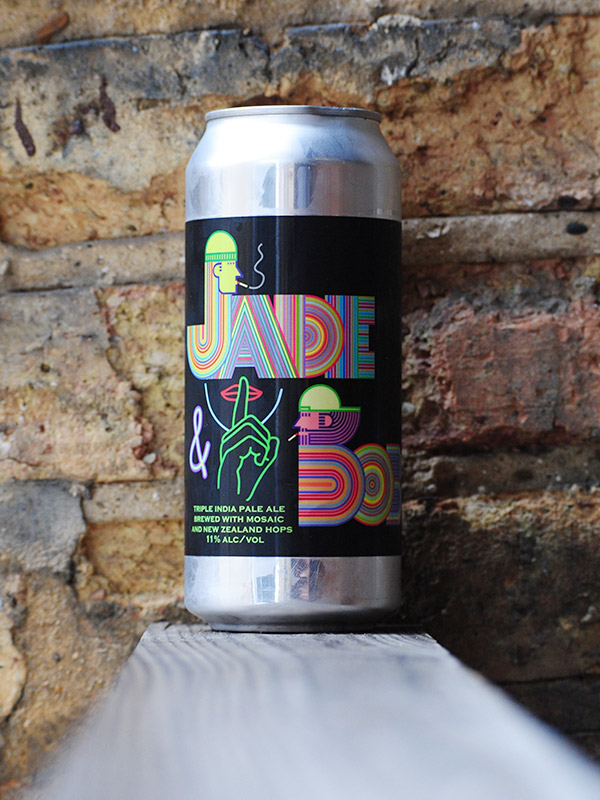 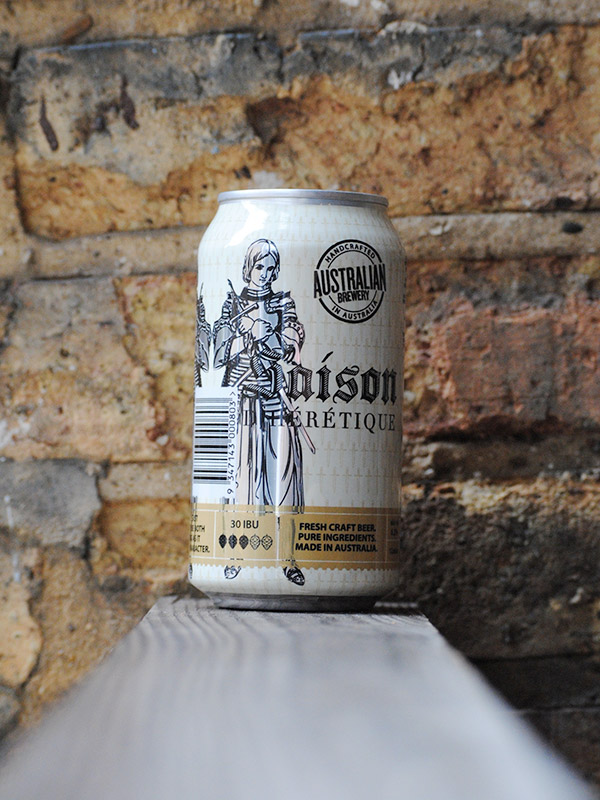 We’ve learned to grow a bit weary of beer styles that don’t really exist, here at THR. So, when we saw Metro Detroit’s Ascension Brewing Co. dub their stoner-movie-pun beer a ‘triple pale ale’, we remained cautious. And sure, at 11% it’s definitely a step up from your typical DIPAs, but what really sets this beer apart is its spicy character. There is an obvious rye presence right off the bat, that mellows out a bit with a more resin-y mouthfeel–only to return again in the finish. Not much else about this ‘triple’ will wow you, but it’s a solid drinker nonetheless.

Despite the country’s expanse and sizable craft beer industry growth, it’s still surprising how little beer makes its way from Australia to the States. So, when the aptly named ‘Australian Brewery’ showed up, we were intrigued. Their saison is a commendably serviceable take on the Belgian style with hints of pepper and citrus, and a nice straw color and dryness you’d expect. However, it was hard not to think that this version simply felt a bit ‘unfinished.’ Overall, this beer is a welcome break from the DIPAs of late. 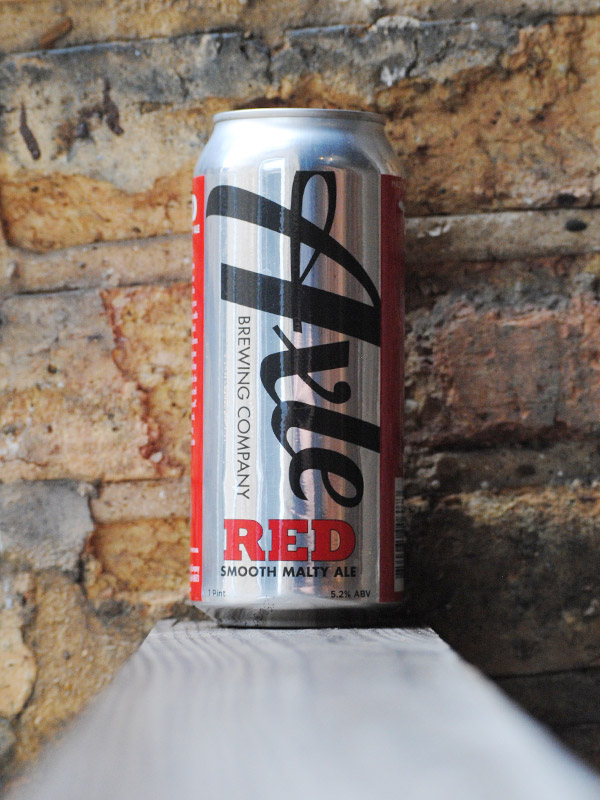 We’ve reviewed a few red ales recently, a bit to our surprise given the drop in popularity of the style among more devout craft drinkers. The simply named ‘Red’ from one of Metro Detroit’s newest breweries does not beat around the bush. This beer is as to-style as you can get when brewing a red. It’s a perfect copper color, and drinks relatively smooth (only a tinge of rye spice), bready, chewy and no doubt: malty. An impressive take on an otherwise dismissed style. 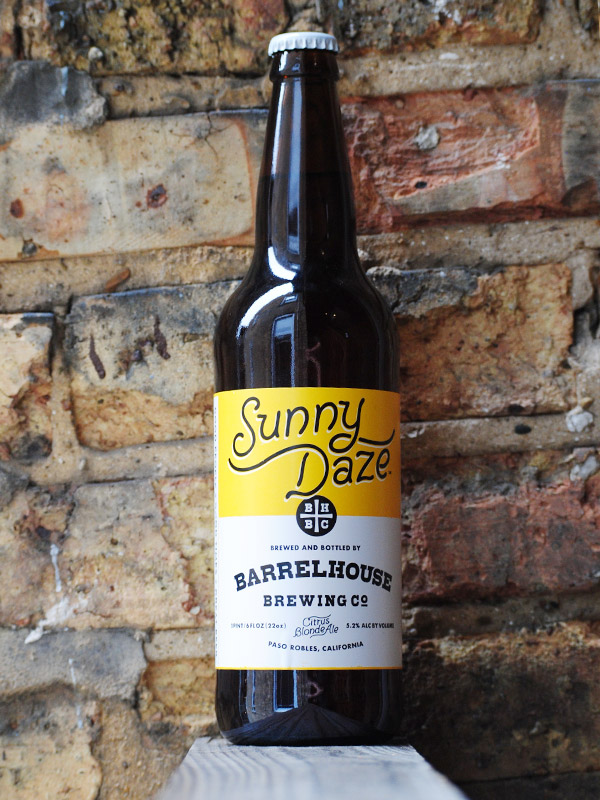 We were recommended “anything from Barrelhouse Brewing Co.” while on a recent trip down California. And boy are we glad we took the advice. Of the four beers we sampled from the Paso Robles maker, all were incredibly well executed. This blonde ale is a return to the non-hop-bombs that you’re seeing a lot more of lately. ‘Sunny’ is a bright, refreshing, tropical easy drinker. While it implements clementines in the recipe, it actually drinks a bit more lemon-like. Either way, this is the perfect beer for starting your sunny afternoon session. 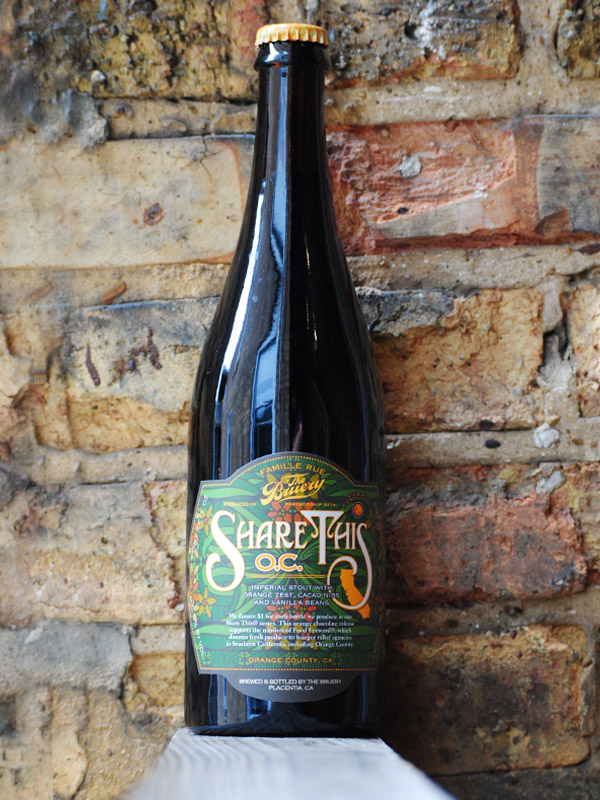 Sweet and rich, you’re going to want to take the name “Share This” literally when thinking about popping this boozy bomber. Brewed with orange zest, cocoa nibs, and vanilla, there’s no mistaking any of these ingredients and we were immediately reminded of eating a chocolate orange from our childhood. To add to the experience, for every bottle produced, the Food Forward charity receives $1. You can’t argue with that, or this beer. 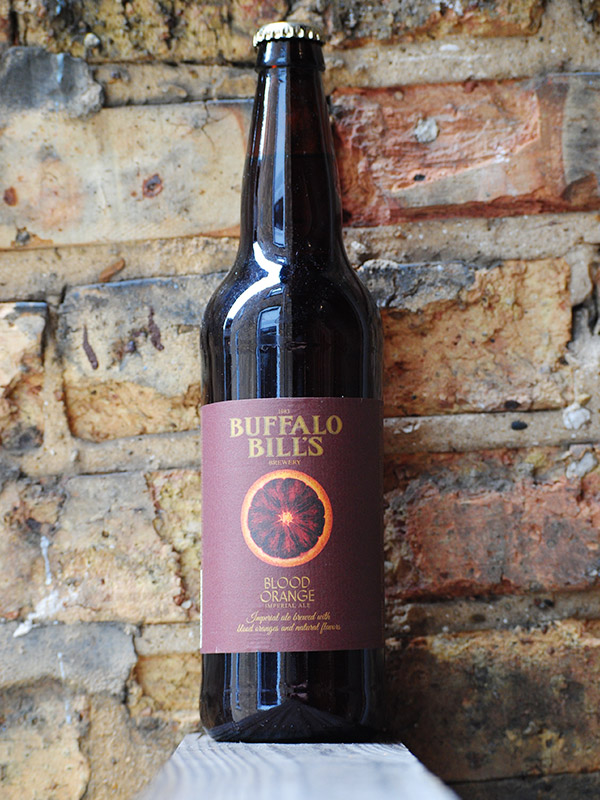 Last month, we reviewed BB’s Orange Blossom Cream Ale, and let’s just say, it was a bit too creamsicle-y. So, we knew we had to come back to try the notable brewpub’s Blood Orange Imperial Ale. The findings: an incredibly approachable and surprisingly easy drinking 9% beer. This beer screamed ‘Belgian dubbel’ with it’s candied sweetness and malt backbone. In contrast to last month’s, we’d’ve welcomed more orange–but hey. 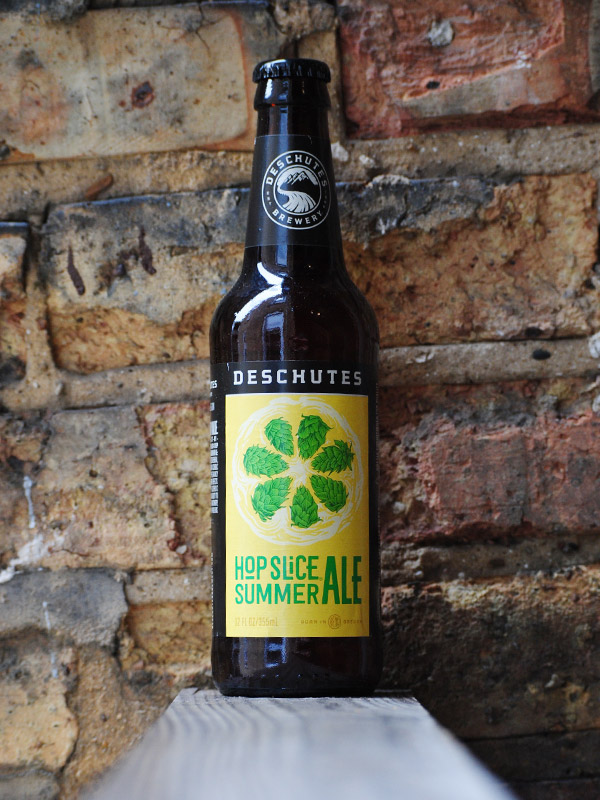 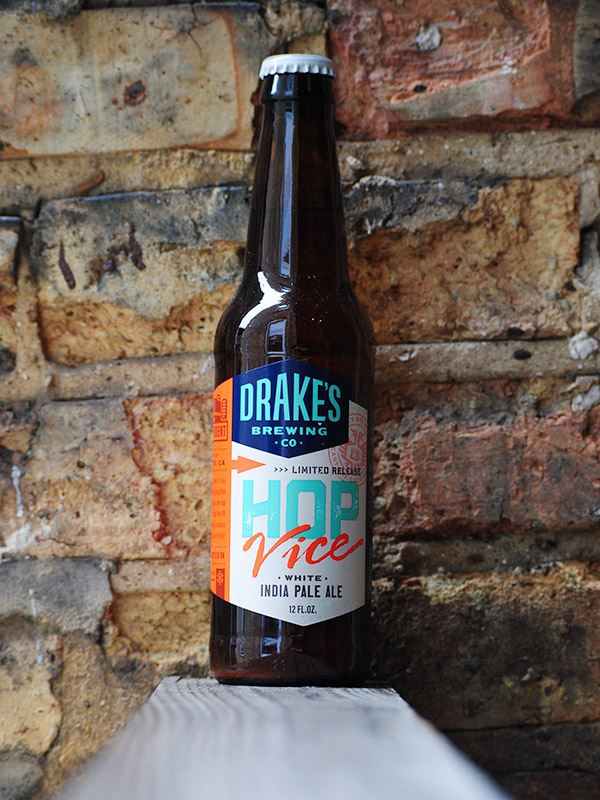 The beer formally known as Hop Slice Session Ale has seen a slight ABV bump in addition to its name change. Pouring a hazy orange, bitter citrus notes are featured heavily in the aroma. Big lemon and other citrus fruit shine through on the tongue, with good balance leaning toward bitterness. This is a warm weather beer made for drinking when you intend to have more than one. Whether it goes by Summer or Session, this is a solid choice for those occasions.

Bend has its Hop Slice, and Oakland’s got its Hop Vice. Simply put, this beer is tasty–the perfect balance of fruity and hoppy, combined with the Belgian yeast characteristics of coriander and spice. If you could imagine an ideal patio (or boating) beer, this might be it. And while Vice is a few ticks higher than your typical session beer, you might mistake this one for such. It’s refreshing and full of flavor–pass me another. 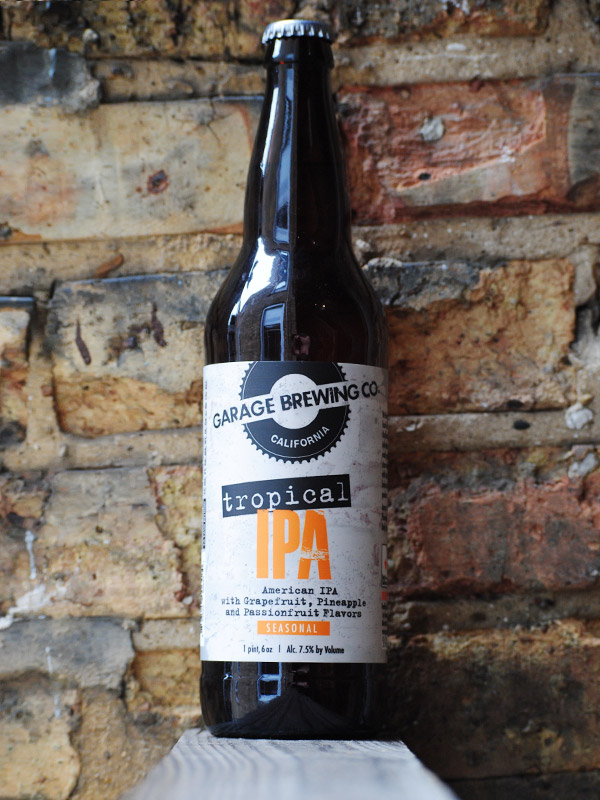 You know what you’re in for immediately upon cracking this bomber, as huge tropical citrus notes are evident right off the bat. That first impression holds true upon tasting as refreshingly sweet, but not overpowering, grapefruit and pineapple notes burst through. This could have easily been a fruit bomb, but there’s a backend bitterness that helps balance this one out nicely. A beer we could see ourselves enjoying as warmer days roll in. 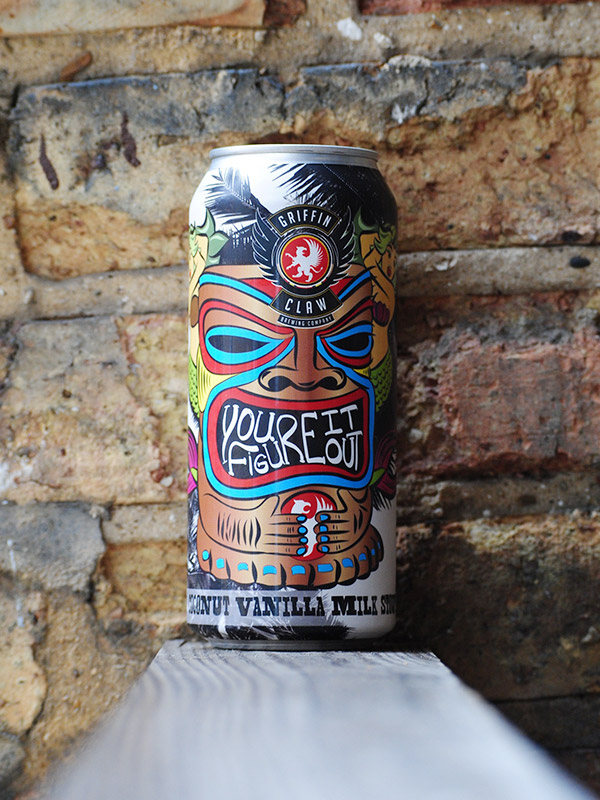 Griffin Claw You Figure It Out

Coconut is a polarizing ingredient in beer. While you’re seeing more of it across various beer styles, it can be a bit hit or miss, no matter your palate. Griffin Claw’s milk stout, You Figure It Out takes a bold approach to the tropical inclusion. While both vanilla and coconut are listed, there’s no question the latter dominates. This beer is dark, dense and undeniably sweet. If you’re going to reach for a stout in the warmer months, might as well be tropical. 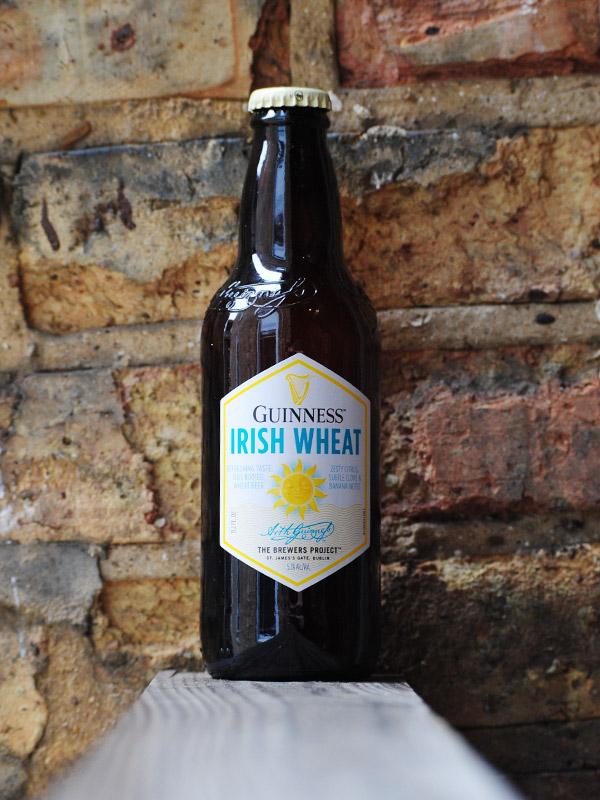 About as far from removed from their flagship stout as it’s possible to be, Irish Wheat is an easy drinking beer clearly meant to appeal to summer drinkers — a season not usually associated with Guinness. Subtle citrus on the nose is followed by a light coriander and fruit taste that’s surprisingly easy on the pallet. There’s not a lot to write home about here but it’s certainly the first time we’d consider drinking a Guinness on the beach. 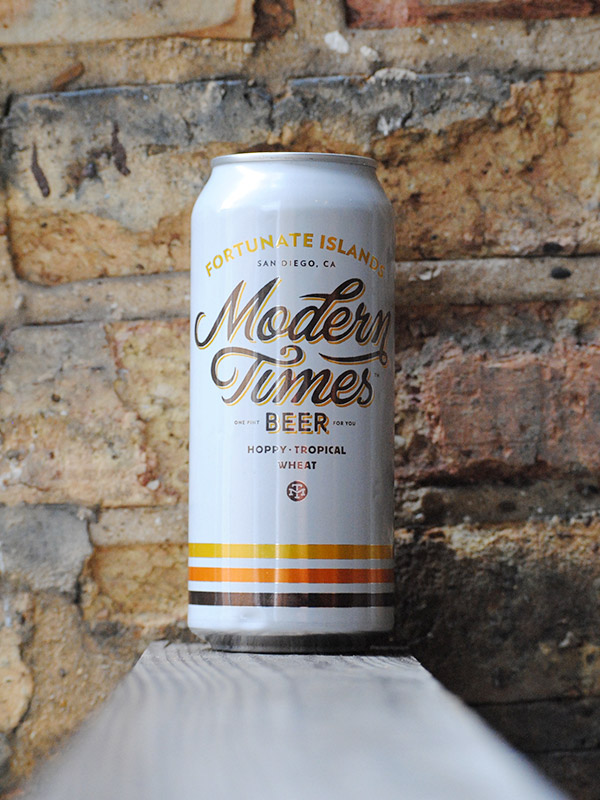 Of all the juicy pale ales on Modern Times’ menu, it’s funny to think this wheat ale may be their least hoppy. The Citra hops make their presence known immediately on the nose, alongside tropical fruits: mango and passionfruit. An equivalent amount of citrus follows in the flavor, washing out what might otherwise be an expected bitterness for a pale ale. Pair the fruitiness with a slight grassiness, and you’ve got a decidedly sessionable wheat IPA. 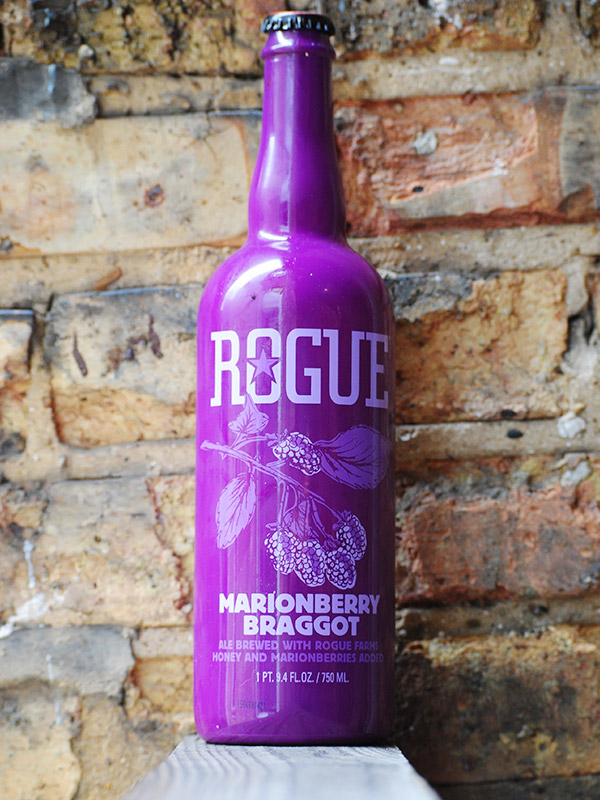 There’s no denying Rogue Ales’ self-sustainability. Their ability to source malt, hops, honey and fruit from their own farms is an impressive feat. And their signature Marionberry Braggot is a nod to the namesake fruit (think: blackberry) that is indigenous to Oregon. Weighing in at 11.4%, this honey-barley mead blend is a doozy. While an intriguing recipe, this was overly syrupy and medicinal. I could imagine letting this one mellow for a bit would certainly help.

Coconut is usually an adjunct reserved for bigger, maltier beers, often with mixed results. The unusual use of this flavor in a cream ale is an odd choice as the light, crisp base of the cream ale seems at odds with the sweeter, almost candy bar like subtle aroma and taste of the coconut. An interesting experiment that might go well with dessert, but we can’t imagine ourselves drinking more than one of these. 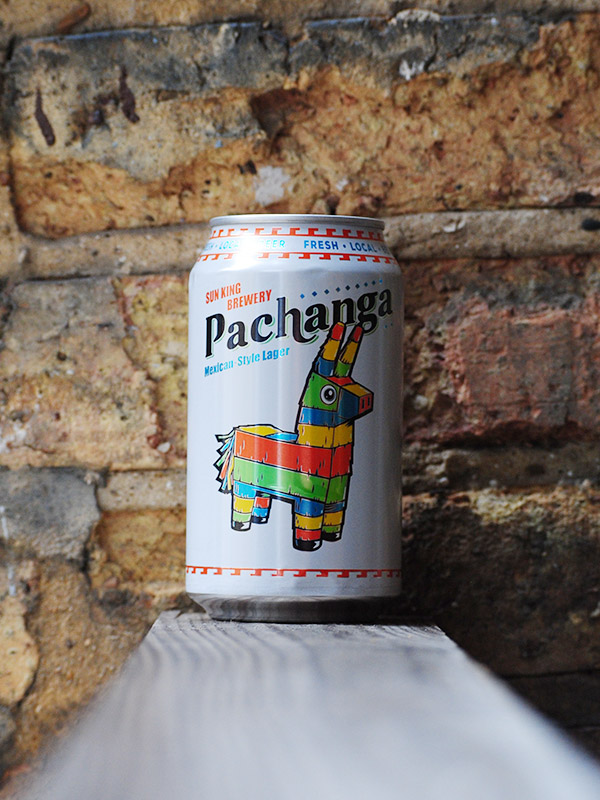 Crisp, clean, and with just a hint of herbal spice aroma, this is a Mexican lager brewed for summer drinking. It pours an incredible nearly transparent light gold with a quickly dissipating head. There’s some sweetness to the body and a fuller mouthfeel than expected which makes us think it may become filling after a few of these on the beach or the back of a boat. But we can safely say this is a great example of the style after just one. 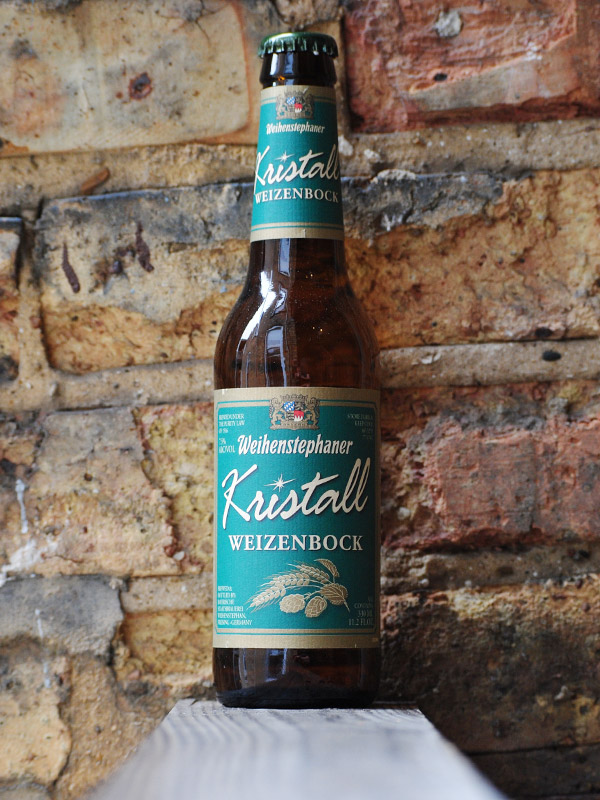 This offering from the world’s oldest brewery is a whole different animal to their original lager. Not a style you often see on store shelves, this beer features a lively carbonation and vibrant notes of banana, bubblegum, and clove, with a much bigger mouthfeel and higher ABV than we expected. There’s a hoppy finish here too which helps offset the relative sweetness from the big malt bill. This is a new take an a nearly forgotten style.