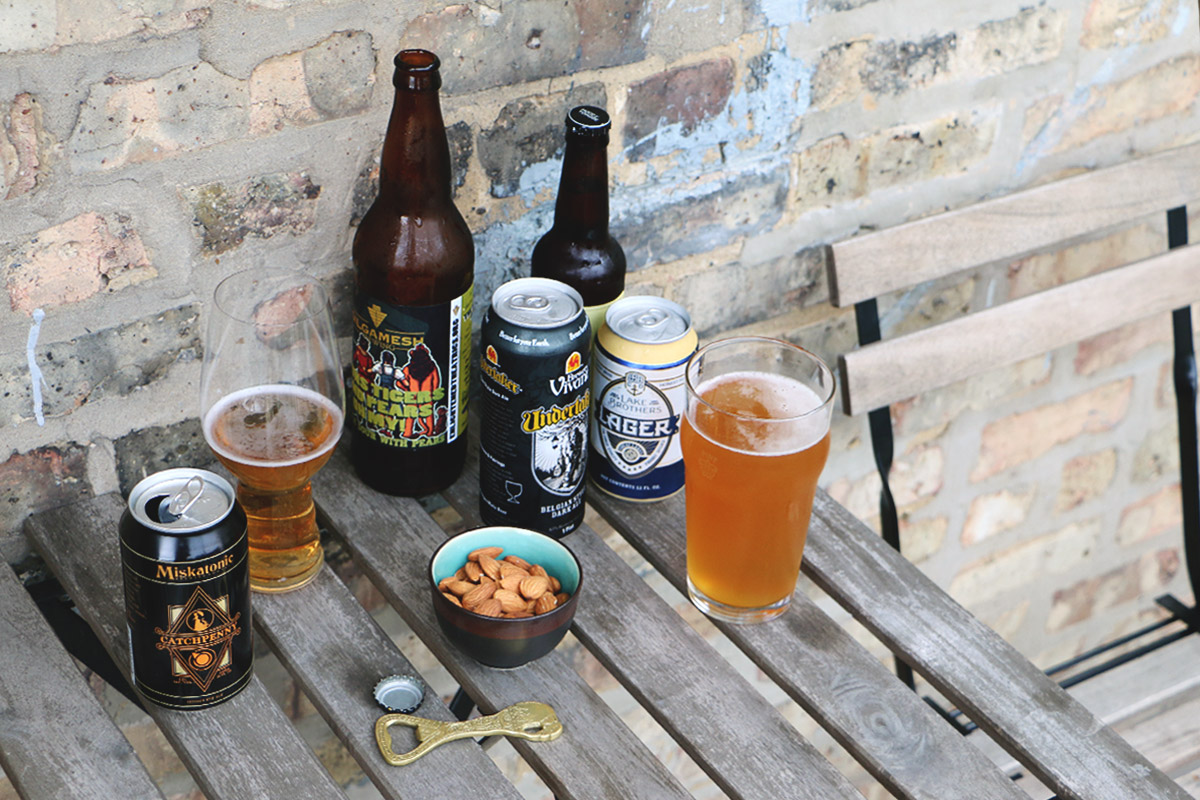 We’ve tasted through the following 16 beers for September, and rated them according to our very own interpretation of the BJCP scoring guidelines, on a scale of 100 and in no particular order. We considered aroma, appearance, flavor, mouthfeel, overall impression and trueness to style. It’s not an exact science–we know this. We just don’t like to pass on the opportunity to drink…more beer. Cheers! 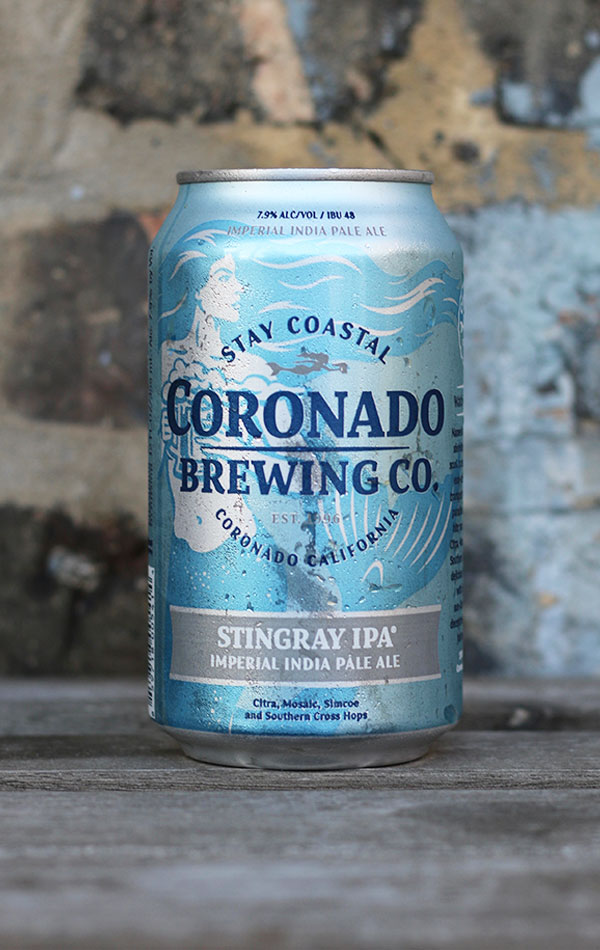 There’s no mistaking this for anything other than an Imperial IPA as it hits you immediately with a huge tropical, citrus, dank aroma. Holding true to form for the style, there’s a significant malt sweetness backing up all those Citra, Mosaic, Simcoe, and Southern Cross Hops. This is a solid DIPA that you’ll be fine drinking just one or two. 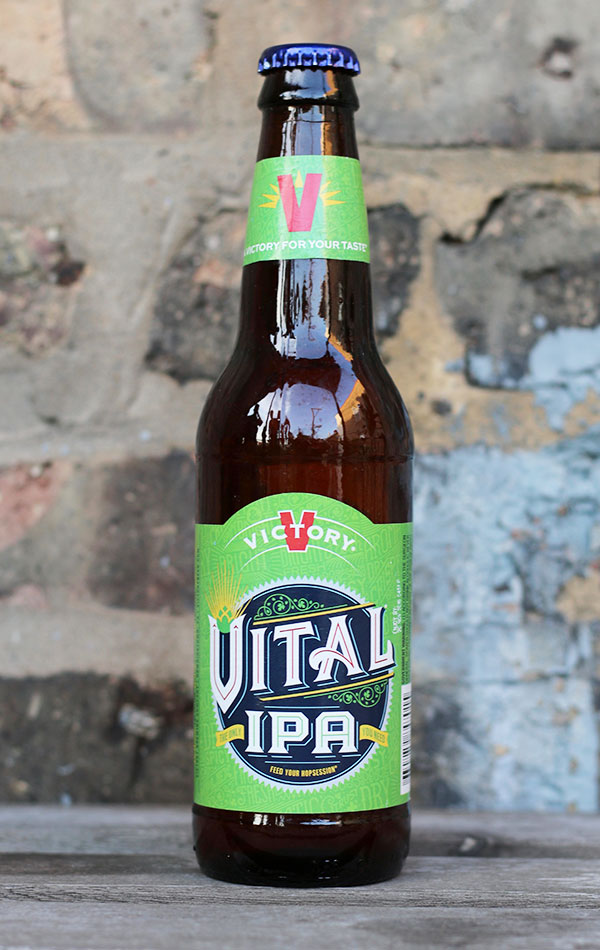 Victory’s Vital IPA immediately gives off an orange citrusy aroma and pours a hazy orange gold with a big head that sticks around. With a malt bill of mostly pilsner malt Vital was light bodied, but lower in bitterness than what we were expecting, yet it’s ultra refreshing and could easily find a home in our dog-days of summer refrigerator. 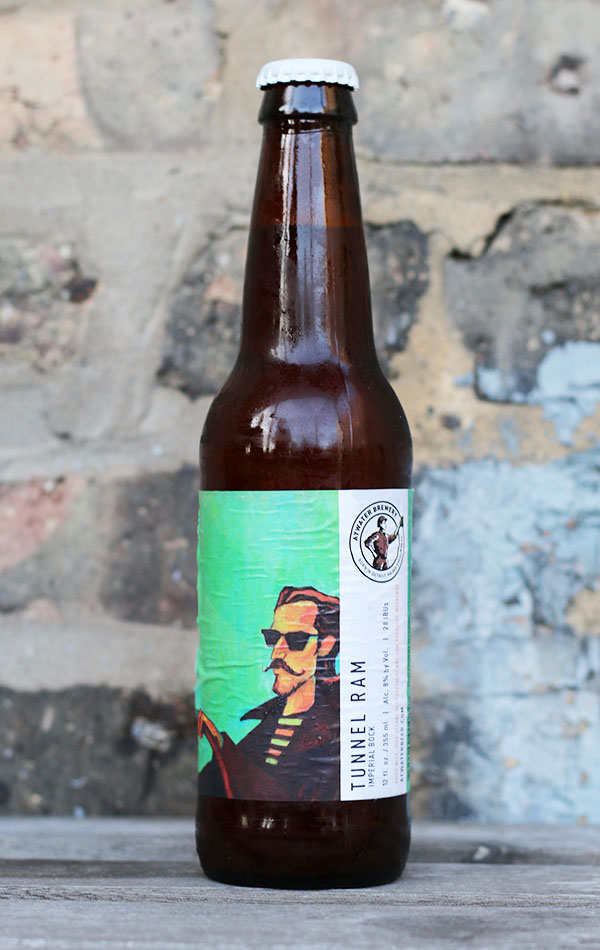 This Imperial Bock tastes like something right out of Germany. The subtle, slightly sweet European malt character is the most obvious characteristic, pouring a hazy bronze with a quickly dissipating head and a light fruit aroma. There’s a lot to like here, but be careful of that 8% ABV—it might sneak up on you. 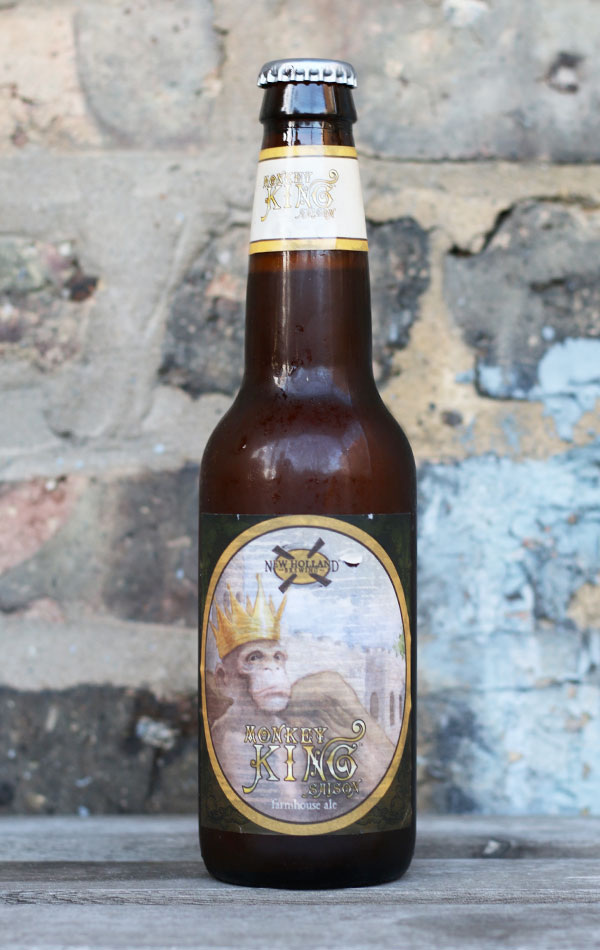 Enter the Monkey King. A light, tangy, peppery saison just as summer heads out the door. The beer presents itself as a slightly hazy, straw yellow then drinks a funky, slightly vegetal, slightly spicy golden ale. As crisp and refreshing as this farmhouse ale might be, ya can’t help but think something is missing to round it out. 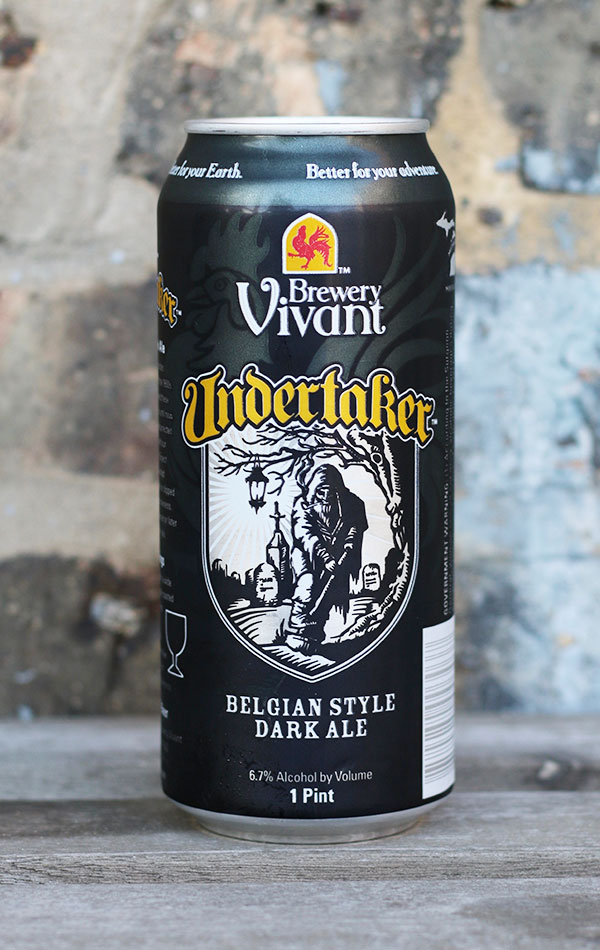 Contrary to their typical Belgian styles, Brewery Vivant’s Undertaker is of the darker variety. When poured, it’s nearly as black in hue as the can that held it. It then opens up to share doughy, toasty, banana-y and jammy flavor–with the slightest bit of sweet chocolate. For a beer that seems somewhat intimidating in name and appearance, it proves to be sweeter and more friendly (at 6.7%), than expected. 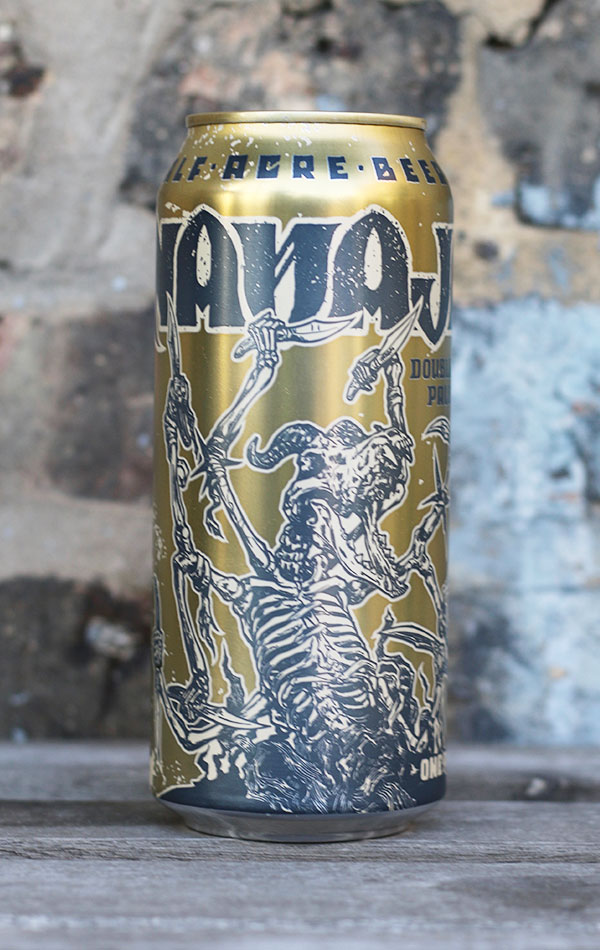 Like all Half Acre beers, Navaja is aggressively hoppy. A beautiful aroma with tons of citrus, grapefruit, and fresh pine greets you as soon as you open the can. This DIPA did not have the sweet malt backbone as with most doubles, but was more cracker from the malt. The alcohol is definitely present throughout and it is a little slick on the tongue, but this is one juicy double that can not be ignored. Good thing it’s now available all year round. 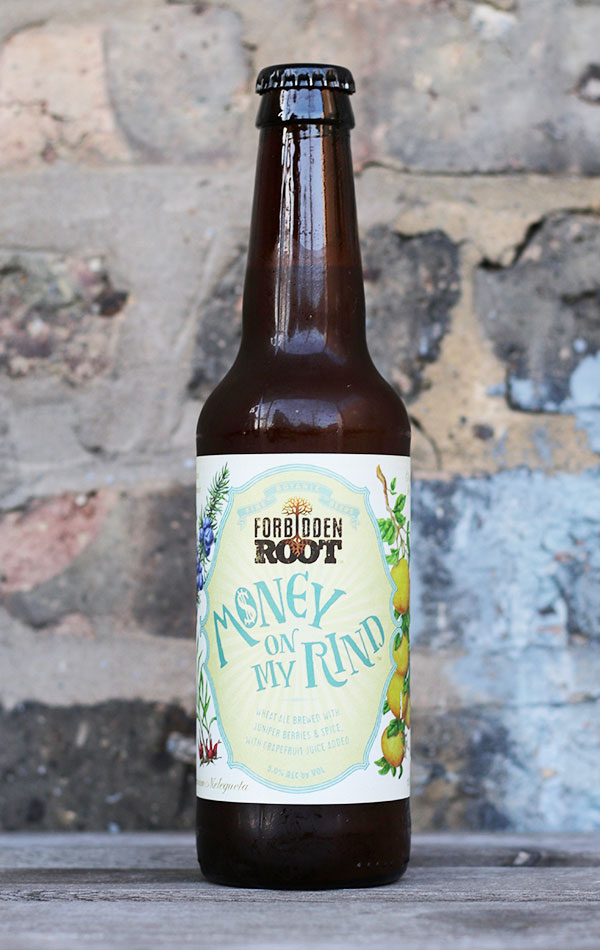 Forbidden Root Money On My Rind

The addition of oats to this witbier creates a soft creamy palate and a full body, but is not in the least bit heavy. Spiked with juniper berries and fresh grapefruit “Money” is super refreshing with a hint of spice. Forbidden Root continues to showcase its deft hand using non-traditional ingredients to create some awesome beer. 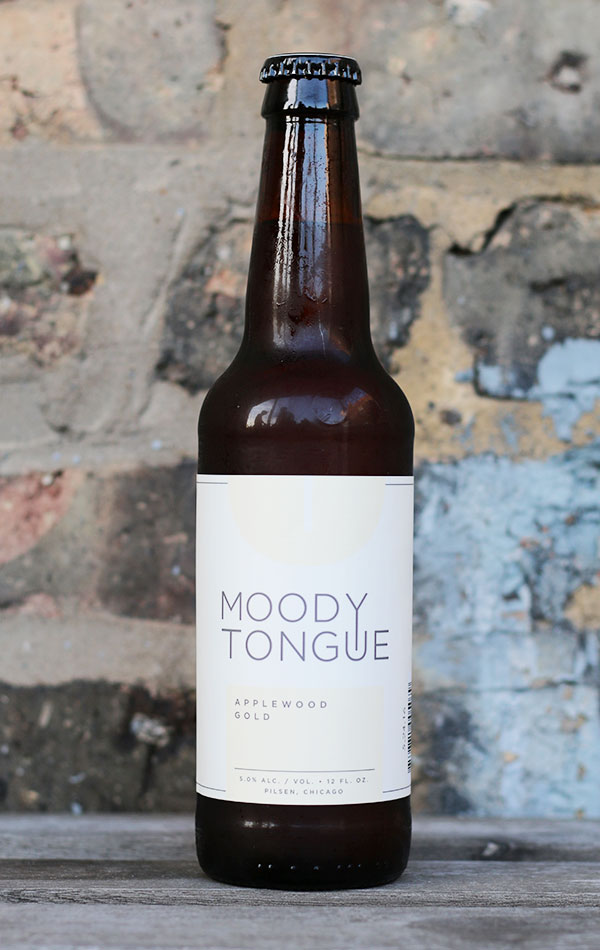 A light golden ale with aromas of cereal grains, mild sweetness and a hint of smoke. The smoke is stronger on the tongue which could put off drinkers not used to the style. Like all Moody Tongue beers it works well with food, as it should. Pair this one with smoked fish or your charcoal grilled meats. Indian Summer ahead? Perfect. 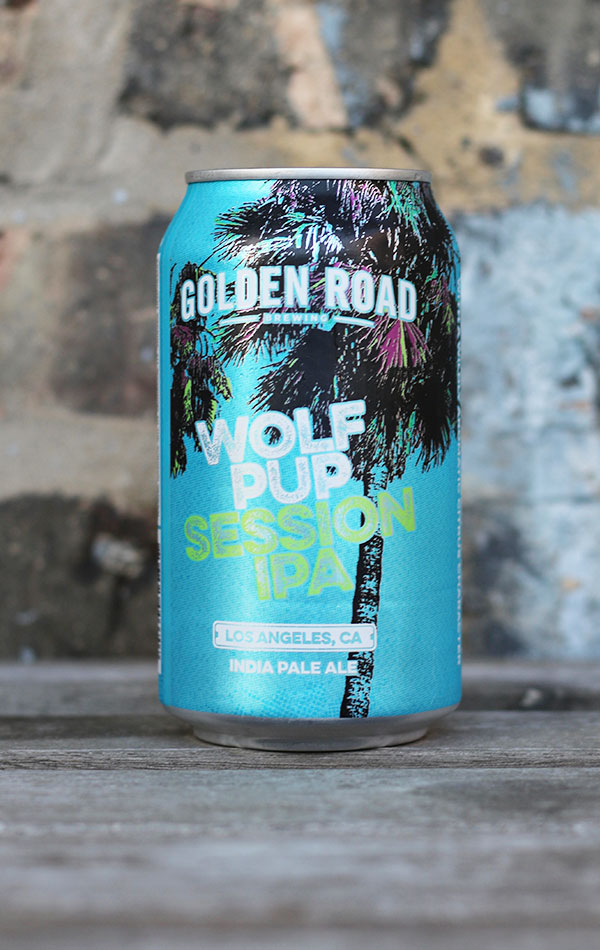 This session IPA ticks just about every box for what you would want in the style. It’s bright, incredibly aromatic, and all around…juicy. With six hop varieties in its bill, there’s no denying its intent. But, as its tagline suggests, it truly is “refreshingly hoppy.” This beer might make ya want to move to California. 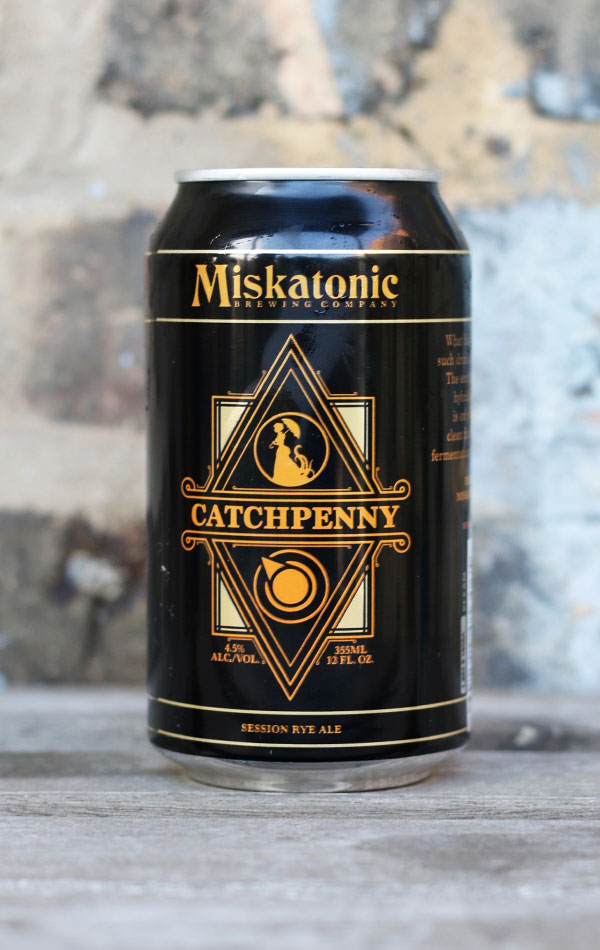 The recently canned “session rye ale” from this Chicagoland newbie provides just that punch of spice that one hopes for with the style. It’s dry, toasty, undoubtedly malty, and even mildly earthy. Given the “session” descriptor, this might not be what you’re expecting–it’s more dry and umami-like. And that’s no fault against it. Maybe just save it to pair with a savory meal. 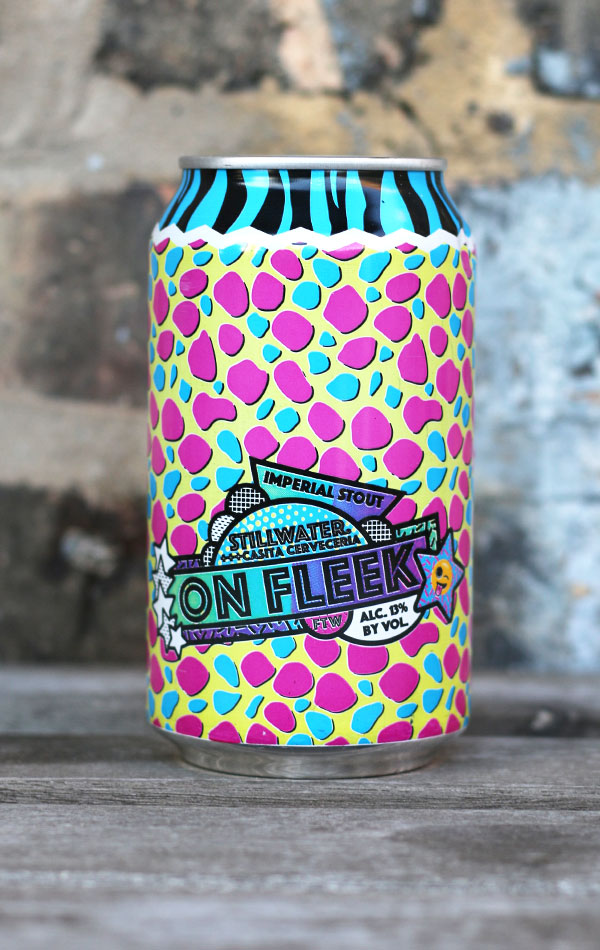 A collaboration with Casita Cerveceria, this imperial stout is #hashtagworthy on all y’all’s Instagrams. Big aroma of roasted malts, mild coffee, and undertones of smoke and leather. The silky stout mirrors the coffee and smokey notes in the nose with the addition of dark fruits, vanilla, and dark chocolate. Let this one warm up a bit to amplify all of its beautiful nuances. 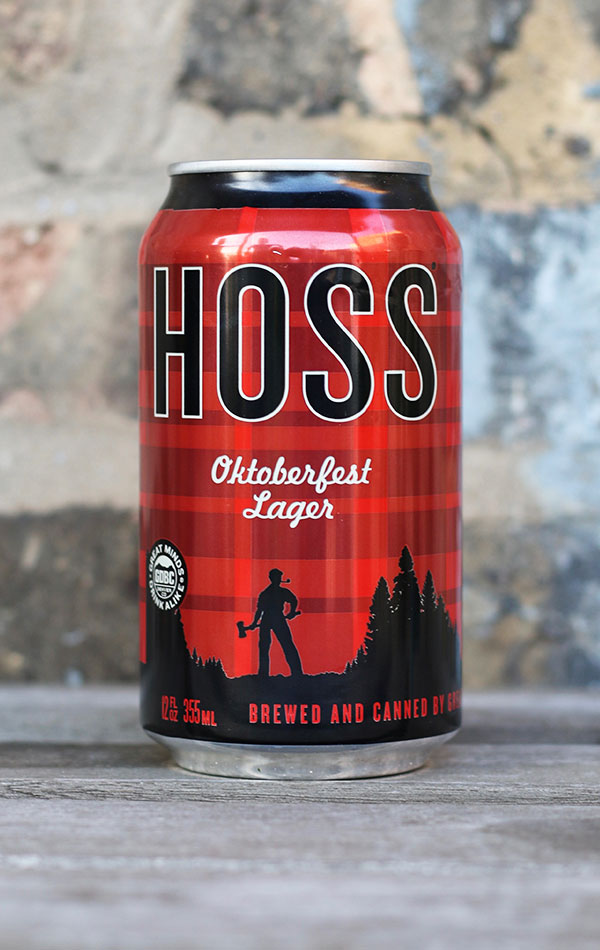 With Oktoberfest just about here, your bottle shop and grocery store coolers will be flooded with the traditional Märzen lager. Hoss is a great American version of the German style. The rye added to the grain bill adds earthiness and spice to the classic sweet malts. While it is sweet up front, it finishes clean and dry. A great transition beer to cooler fall evenings. 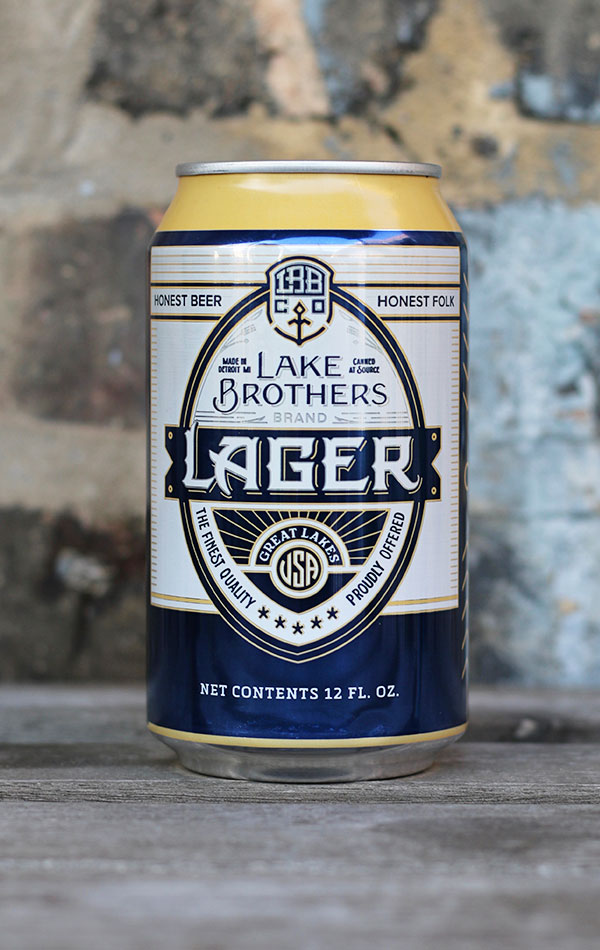 With beautiful cans that remind you of the regional brands your dad or grandpa used to drink, Lager isn’t trying to be the next whale or create a new trend. It’s trying to replace those macro conglomerate cans in your fridge or cooler, and they have convinced us. A crisp, clean lager that has just enough malt richness and is balanced with a light hop bitterness to create a refreshing everyday drinker Pop’s would be proud of. 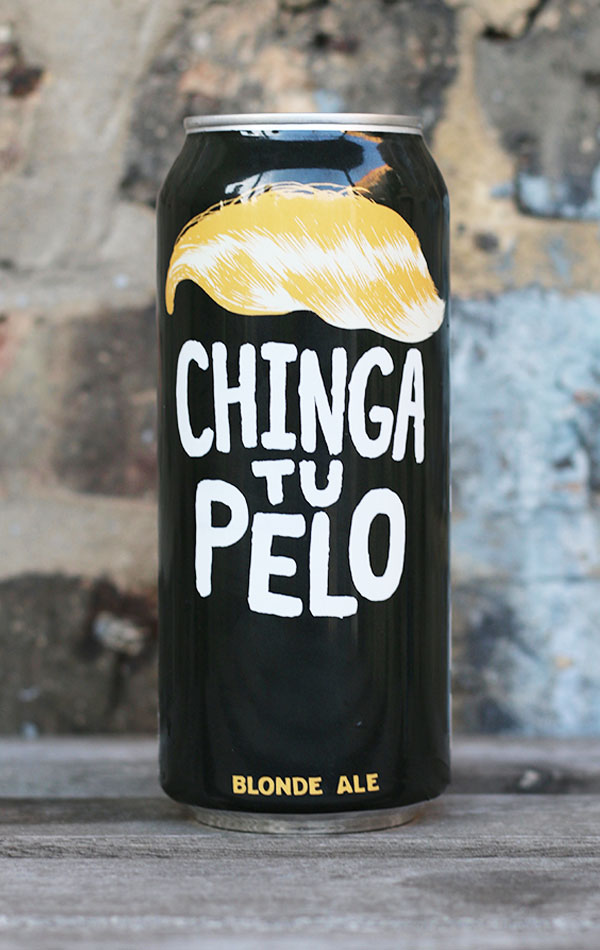 Let us translate for you: “Fuck Your Hair.” As golden and light as the GOP candidate’s comb-over. This blonde ale is mildly sweet with a touch of lemon and a light grassy bitterness. Once brewed exclusively for Tump Tower, the beer was pulled–and renamed–after one of the more disparaging comments that’s flown out of the Donald’s mouth, regarding minorities. One thing is certain this election season, 5 Rabbit will always have our vote! 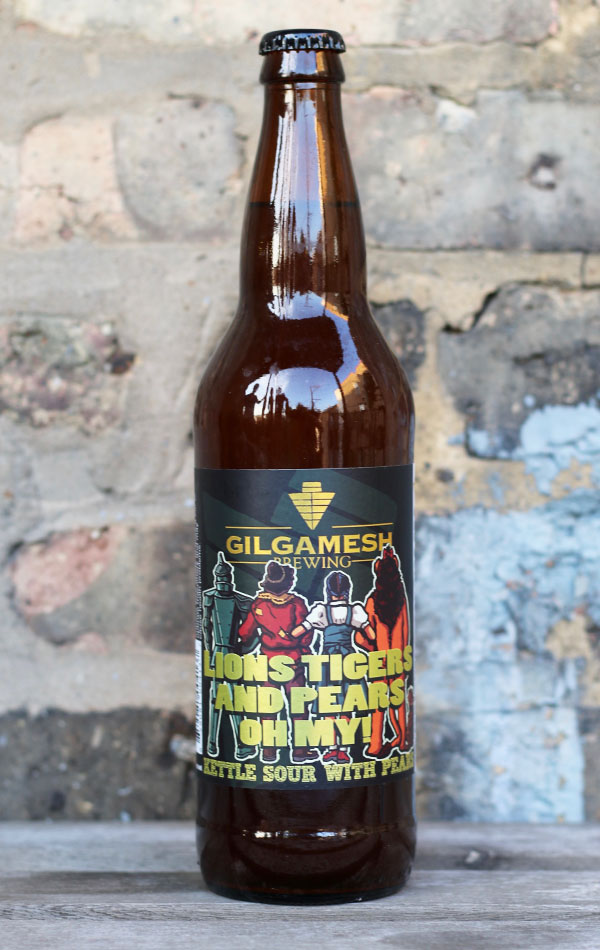 Tart. And for a kettle sour, that should come as no surprise. For fans of the style, you may not be able to get enough (literally, considering this is a limited release). For those on the fence with sours, this may send you running. It’s tangy, sweet and with a mild pear backbone. And if you can get past the frankly unpleasant aroma (locker room?), your reward will be this pucker-inducing Oz pun from Oregon. 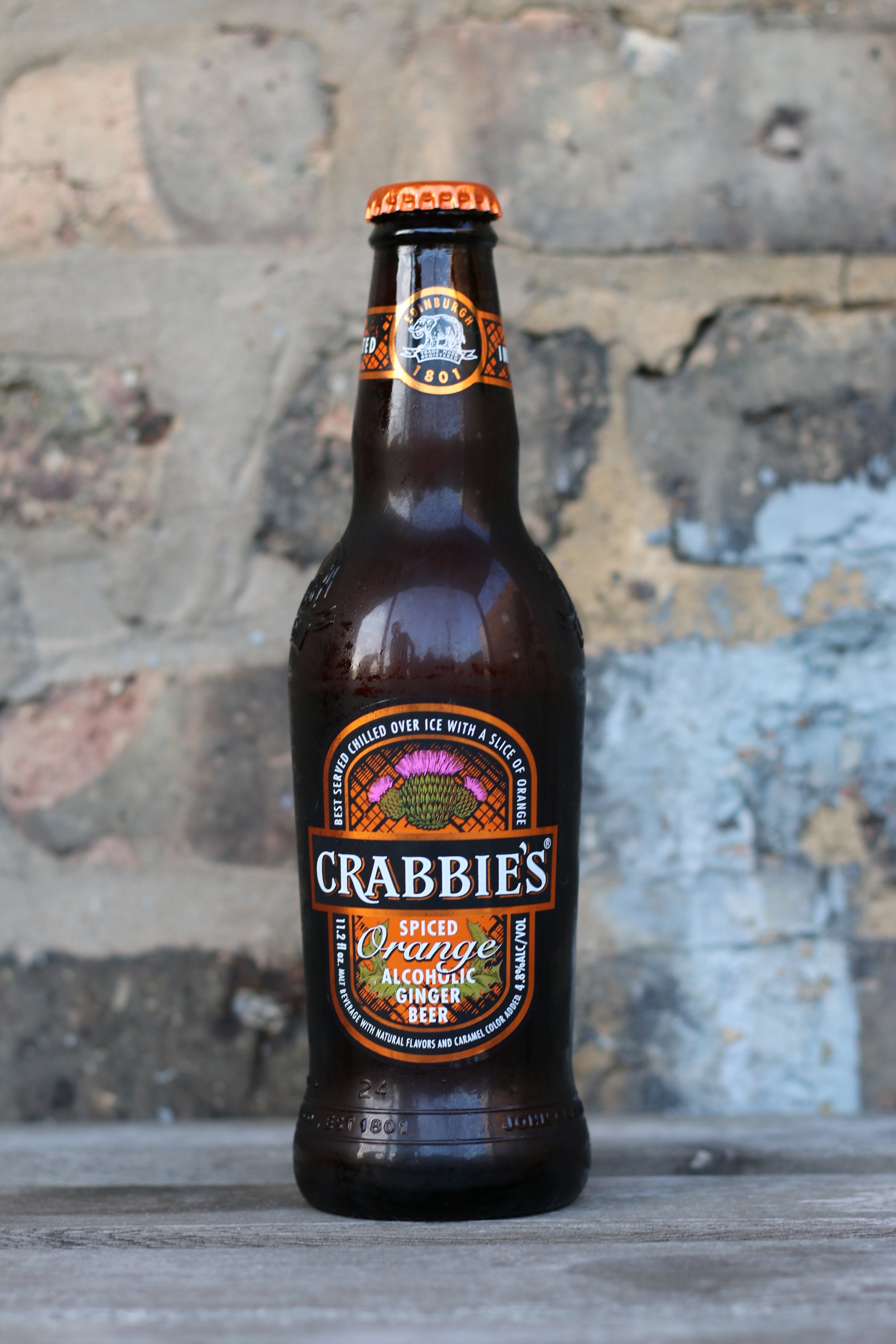 The goat of the bunch. This smells like a orange creamsicle and tastes like someone poured Red Bull into a blended ginger cookies. If ginger is your thing, drink a beer with ginger in it…or just a ginger beer. Avoid the orange. 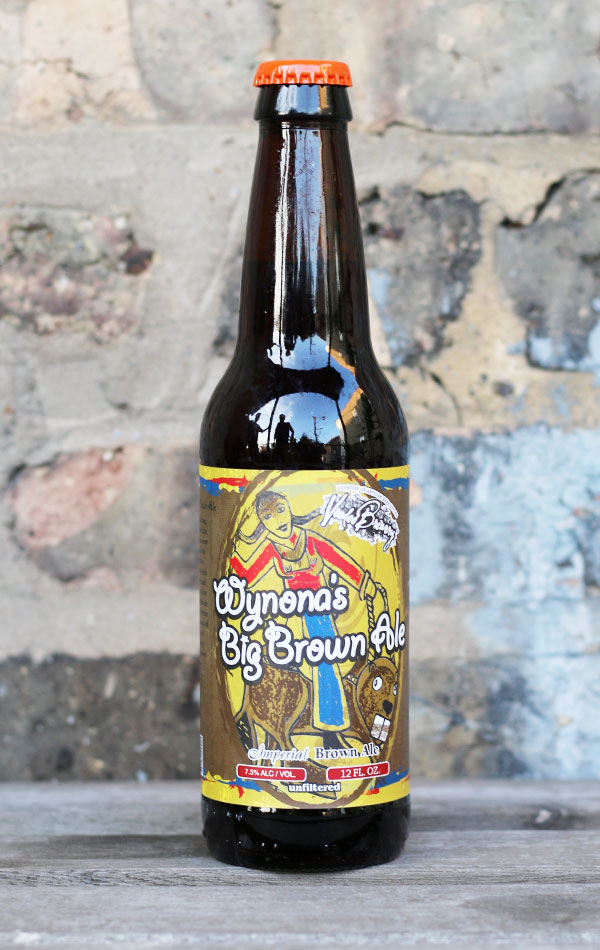 This starts with a big chocolatey malt forward nose with just a hint of coffee. A very well balanced, leaning slightly sweet taste is complemented by a relatively light mouthfeel. You definitely get all of the 7.5% ABV as it goes down the hatch so you’ll likely be good with one or two of these.