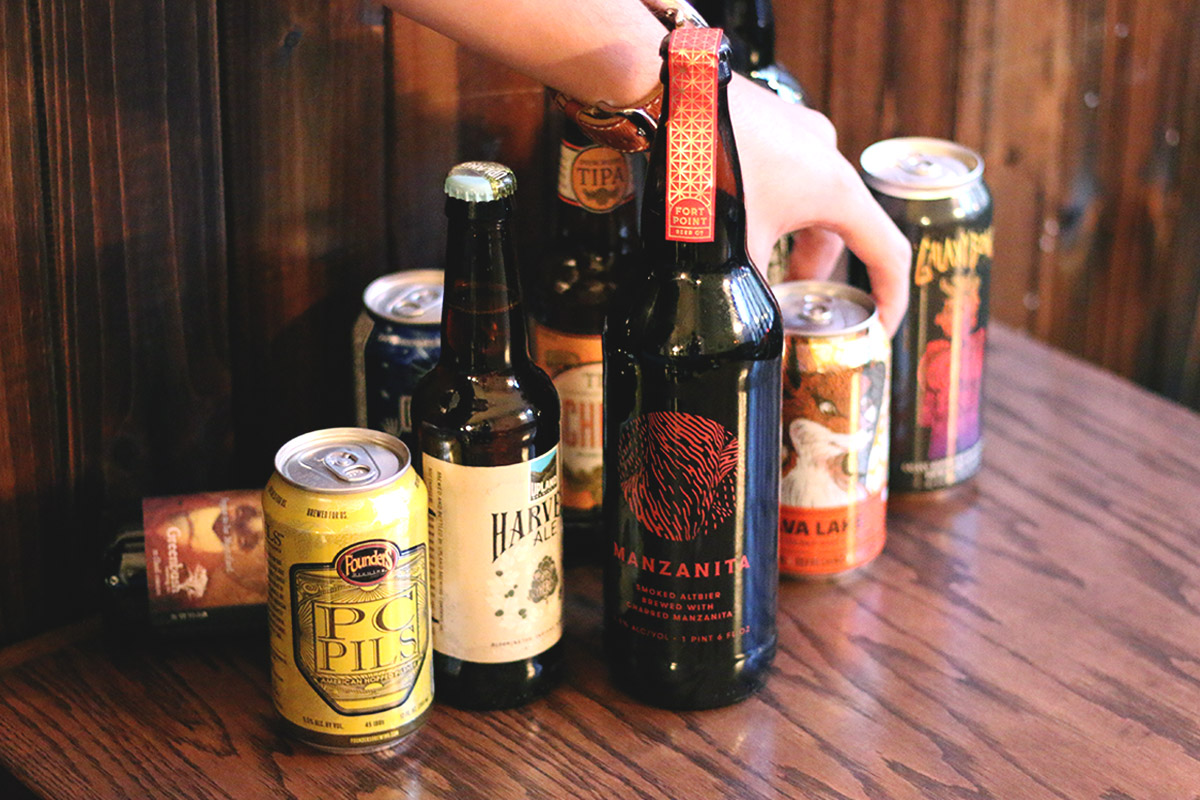 We’ve tasted through the following 18 beers for November, and rated them according to our very own interpretation of the BJCP scoring guidelines, on a scale of 100, and in no particular order. We considered aroma, appearance, flavor, mouthfeel, overall impression and trueness to style. It’s not an exact science–we know this. We just don’t like to pass on the opportunity to drink…more beer. Cheers! 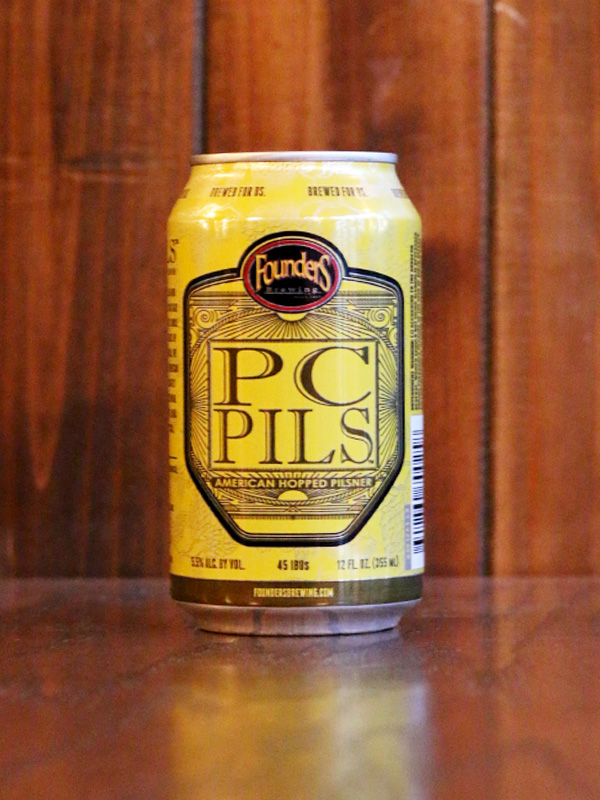 The continued proliferation of pilsners into the craft market. Founders version is crisp and clean as you would expect from the style, but kicks aside the Nobel hops for a distinctly American hop bill with notes of citrus and pine in the nose and on the tongue. 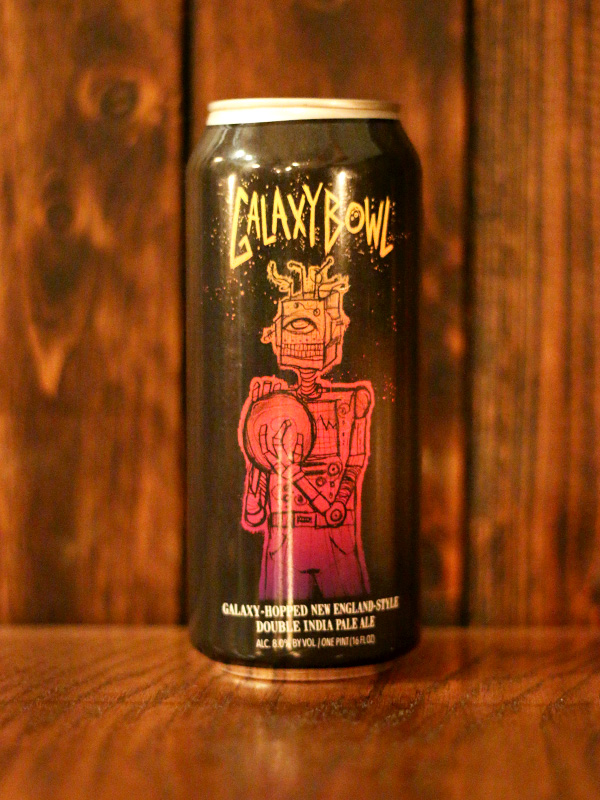 We haven’t seen hype for a local beer like the fervor witnessed for Galaxy Bowl in a long time, the New England style IPA lived up to the craze. Incredibly juicy and hazy, it immediately brought comparisons to Tang, with a moderate hop finish. Once the initial impact faded, there was a lot going on underneath the surface with hints of pineapple and fresh peaches. 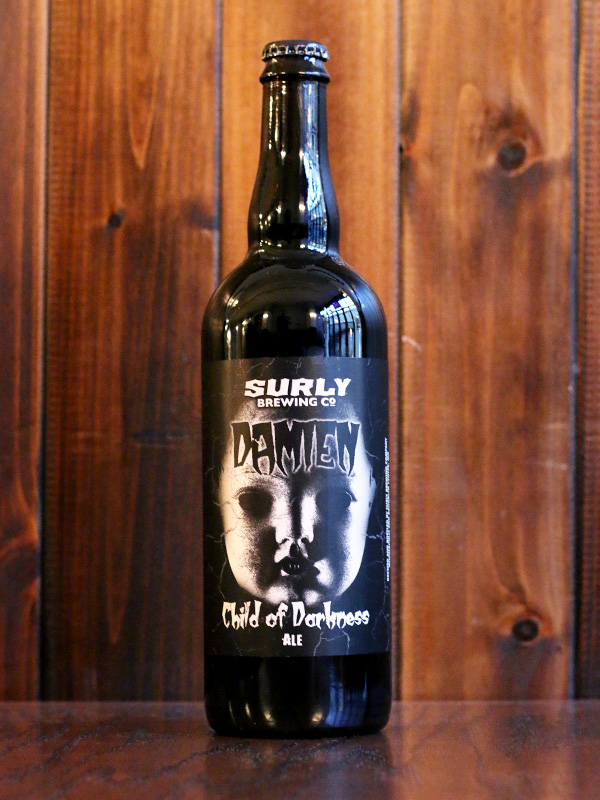 The spawn of Surly’s celebrated Imperial Stout, Darkness, Damien is made using the spent grains of the giant beer to create a black ale that doesn’t quite fit into any one box. The malt bill creates flavors of coffee and chocolate, but the way it is hopped keeps it from being called anything resembling a stout.  Big aromas of tangerines and oranges play nicely with the dark malt flavors creating a truly unique brew. 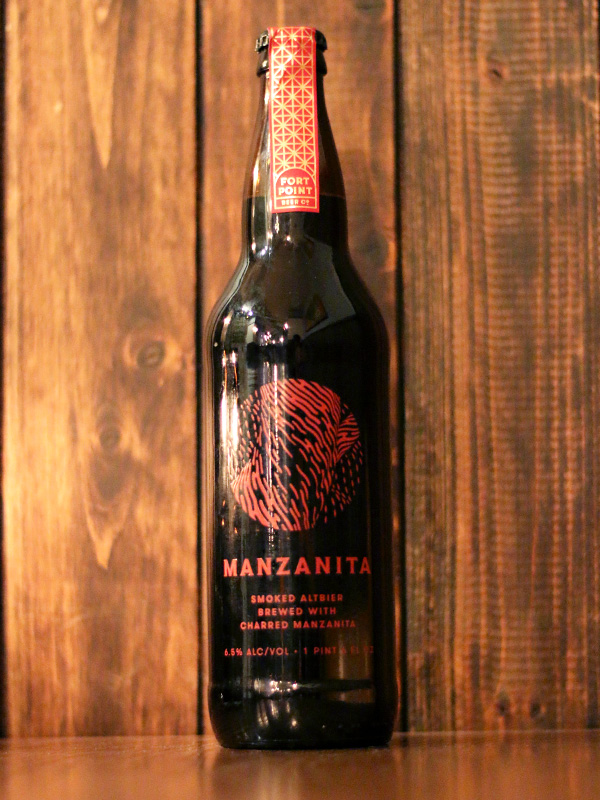 Under appreciated and under utilized, it is always nice to see a brewery in the states tackle and Altbier. At only 6.5%, Manzanita is strikingly complex. The mahogany brew developed as it warmed and showcased camp fire smoke, a toasted nuttiness, sweet toffee, and hints of dark fruits. Definitely one to sip on sitting next to the fire on a cold night. 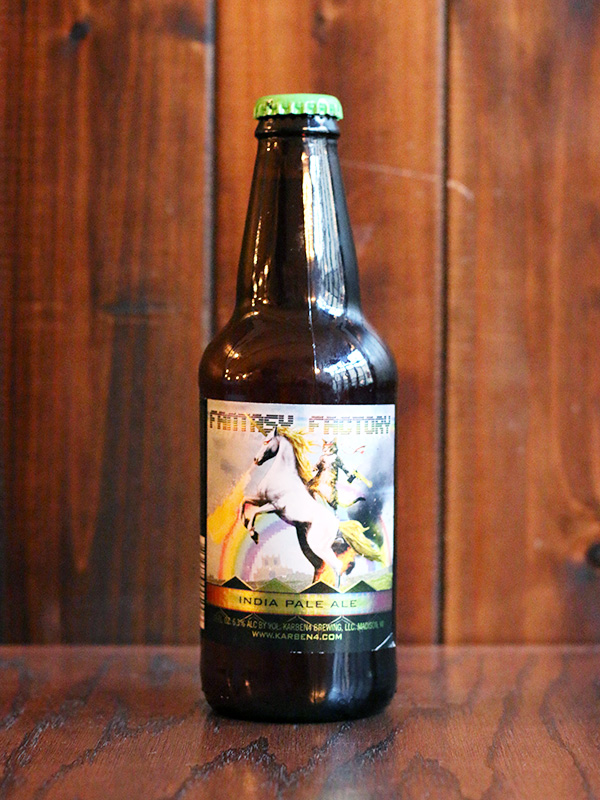 If scored on label alone, it would be hard not to give a cat with a golden gun riding a unicorn a 100. While it does check all the boxes for an IPA for the Midwest, with a nice malt backbone to balance the pine and tropical hop flavors, it is not nearly as memorable as that label. 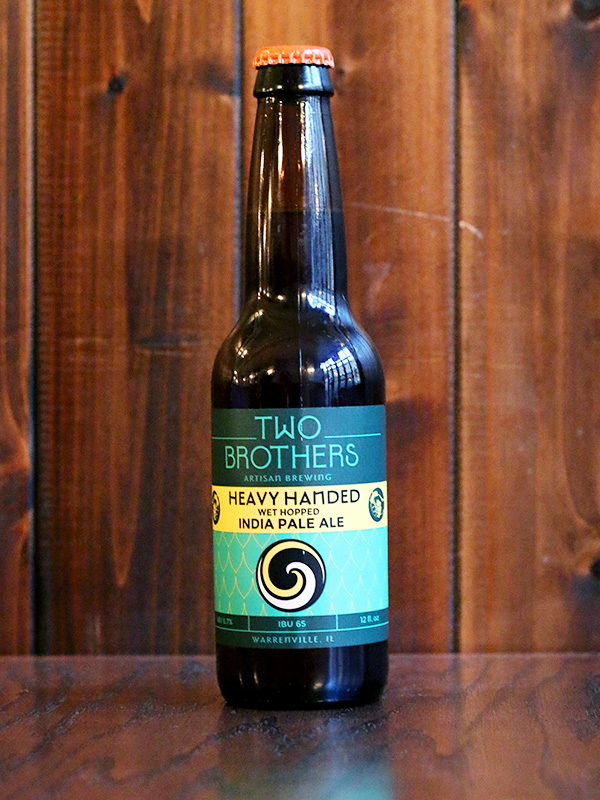 Check your bottle because 2016 Heavy Handed features one of three hop varietals, centennial, chinook, and cascade. The bottle we tasted was all cascade, and while tried and true, there isn’t anything more American craft the the citrus and piney cascade flower. Heavy Handed is also heavier in body than expected for a 6.7%, but it plays well with the copious amount of fresh hops. 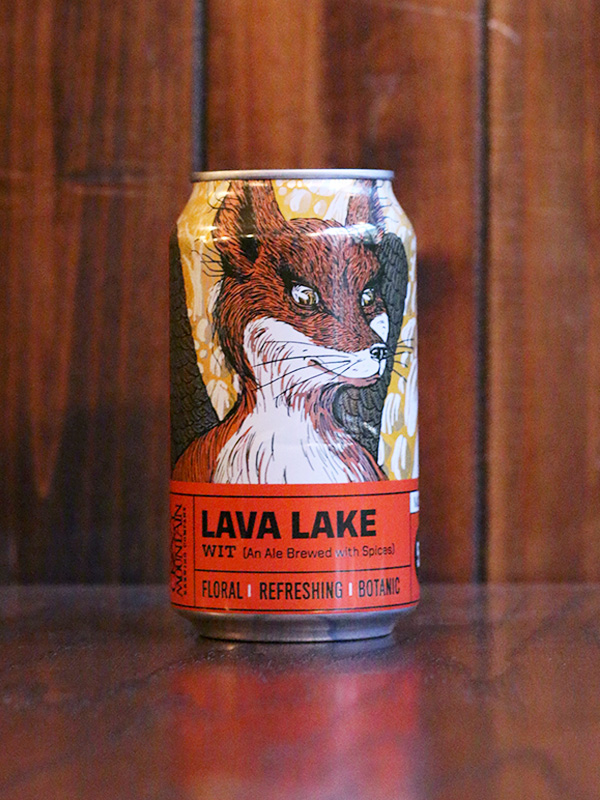 We wanna like this one, we do. Sadly, this witbier and its added spices is a clash of styles.  The strawiness and orange citrus presents itself up front, but the build of the cinnamon and chamomile spices make for an unpleasantly bitter earthiness. To add to it, the fox on the can looks as if she’s eagerly awaiting your (likely unpleasant) reaction. Too weird for us. 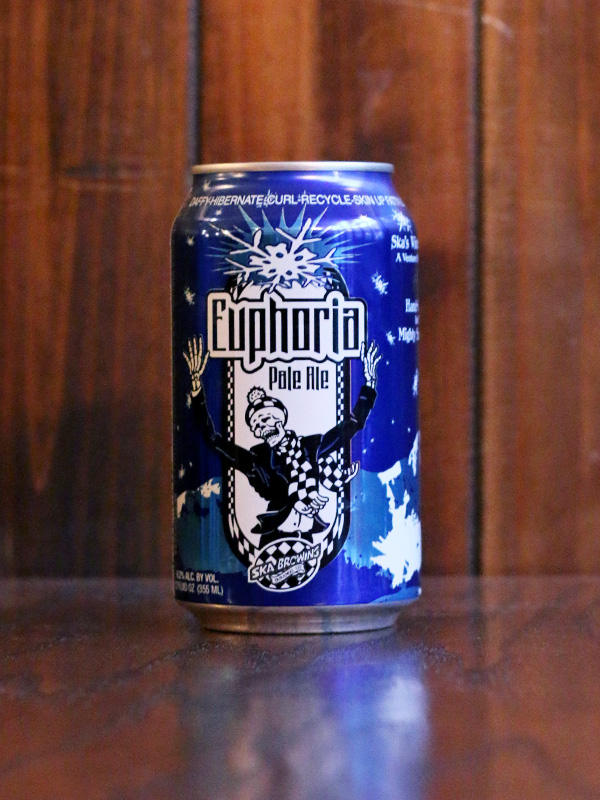 This is one of those well balanced APA’s you want to take to the party, the tailgate…or anywhere really. The aroma hits you with big tropical grapefruit notes but it’s really quite light on your palate once it hits the tongue. You’ll taste the bitterness up front, balanced nicely by a little malt sweetness that quickly dissipates, leaving you wanting another. 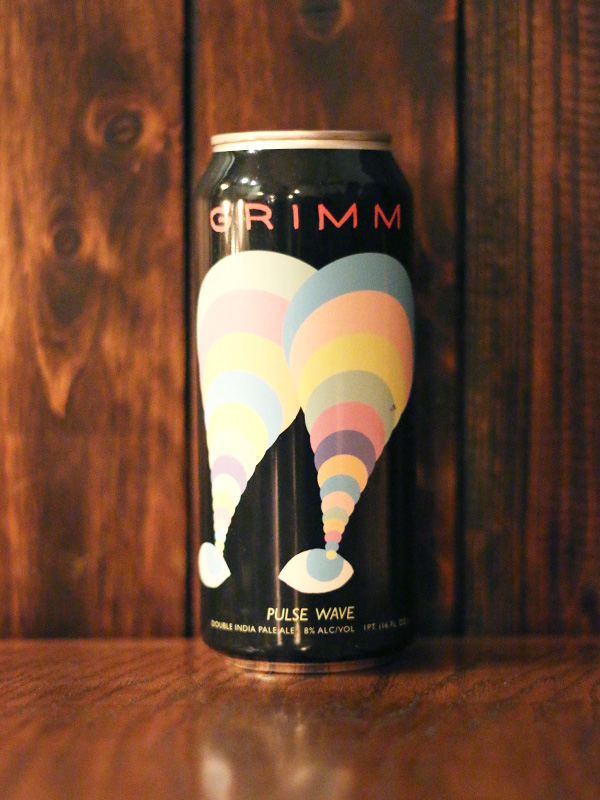 A little haze, clean white slowly dissipating head, and big orange citrus aroma are the early signs you’ve poured something special. The dank, piney hops and sweet candied fruit taste confirm your suspicions. This is what a double IPA should be—huge hops backed up by equally prevalent malt sweetness. A real treat. 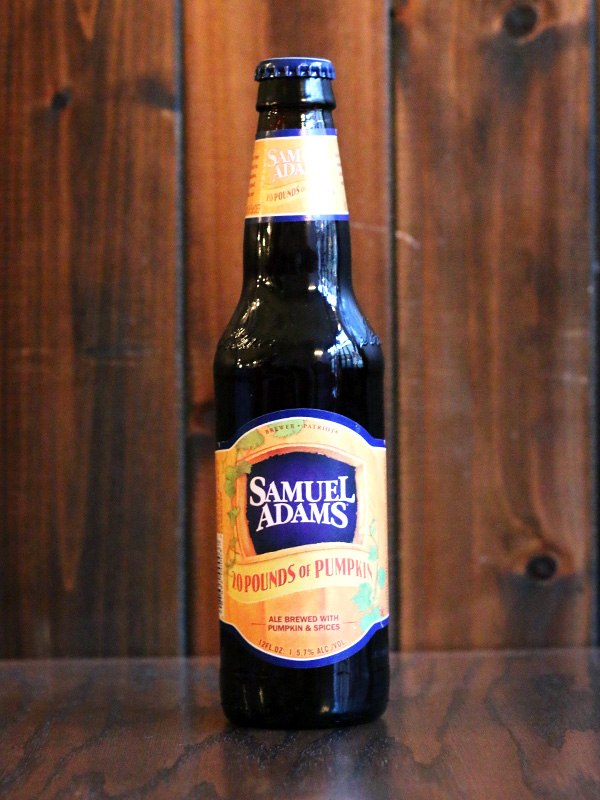 One of the better pumpkin beers we’ve had this Autumn, this one pours a much deeper amber than others of the style. The cinnamon, nutmeg, and other pumpkin pie spices are there in abundance, but leveled out nicely with molasses sweetness and a hint of hops on the back end. 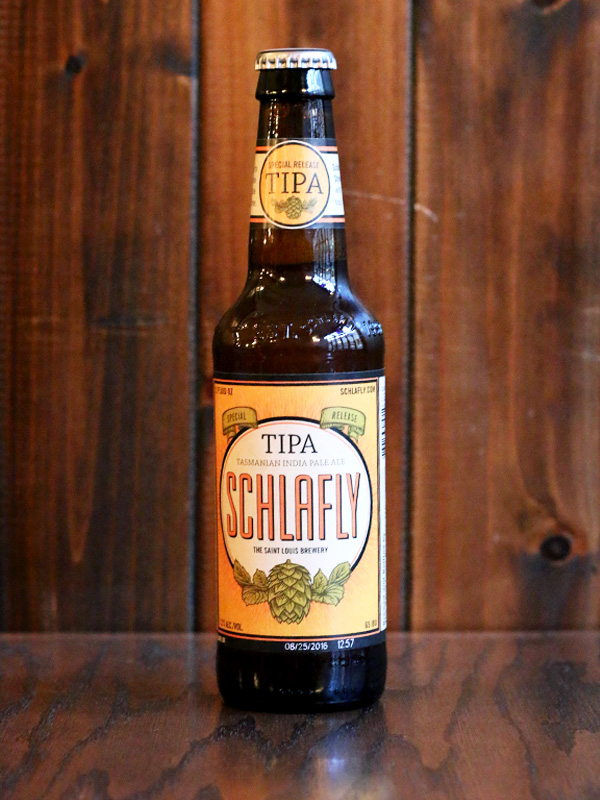 Using 100% Australian hops, TIPA does a great job showcasing the growingly popular Galaxy hop with its unique flavors of citrus, grapefruit, and ripe, juicy pineapple. At 7.2% the booze is noticeable, but not off putting, when combined with a light carbonation it creates a slightly syrupy mouthfeel. Regardless Tasmania IPA is a tasty devil of an IPA. 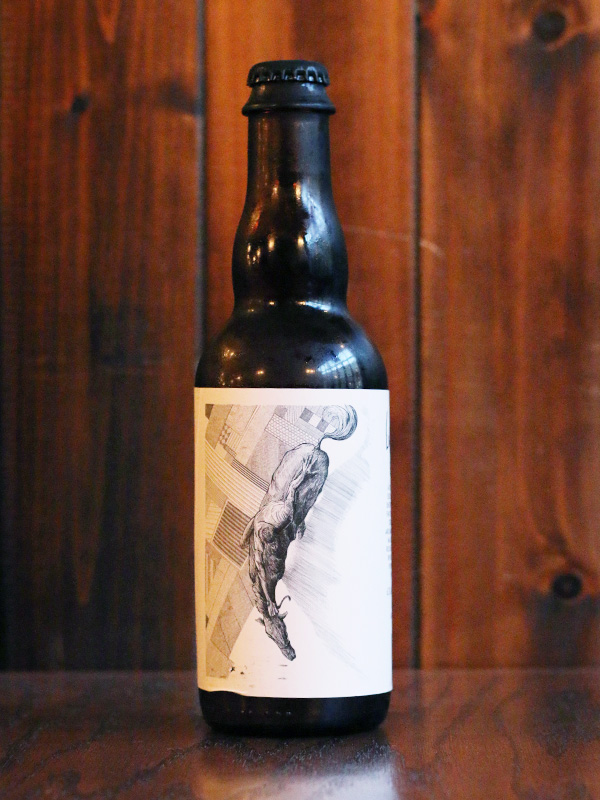 Fluffy, crisp, peppery. This saison from the Milwaukee-Chicago outfit is maybe their best to-style yet. While not as memorable as many a saison, this beer satiates the appetite of anyone looking to reach for the style. Maybe the best thing about Exiled, is that its not trying to be anything more than what it is. A saison–no frills–pure and simple. 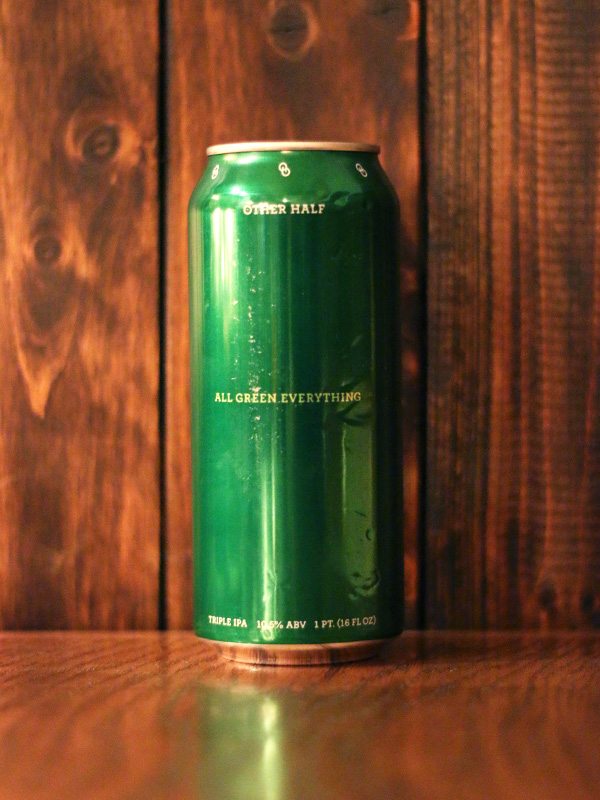 Other Half All Green Everything

This is a 10.5%, “Triple IPA” so you should know what you’re getting into before cracking this one open. A massive dank hop profile punches you in the nose right off the bat and it doesn’t let up on the palate. This is a hop bomb with no interest in balance… and that’s fine with us. 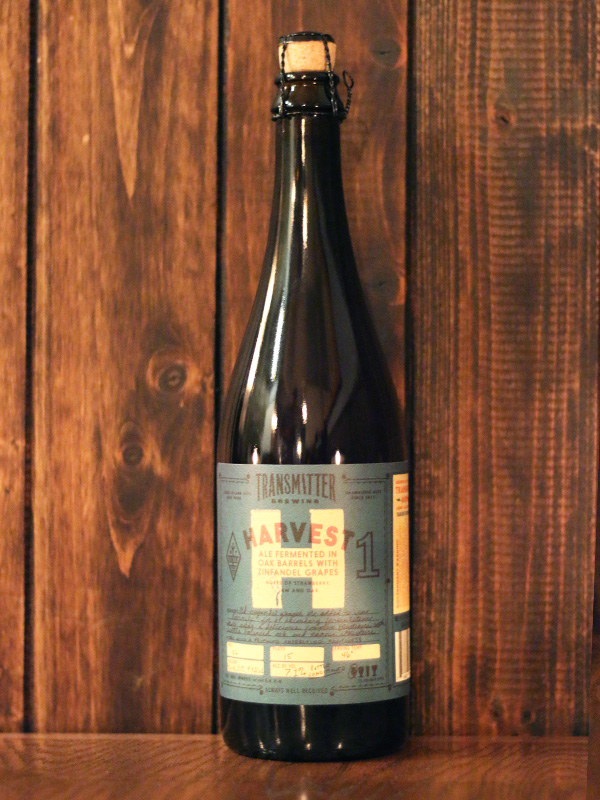 For a beer dubbed “Harvest,” this isn’t what you’d expect for the moniker. First off–true to Transmitter’s approach–it’s a farmhouse ale, but fermented in oak, with Zinfandel grapes. It’s hazy and pinkish, and showcases a yeasty, fruity/slightly earthy, champagne-esque funk. It’s…funky. 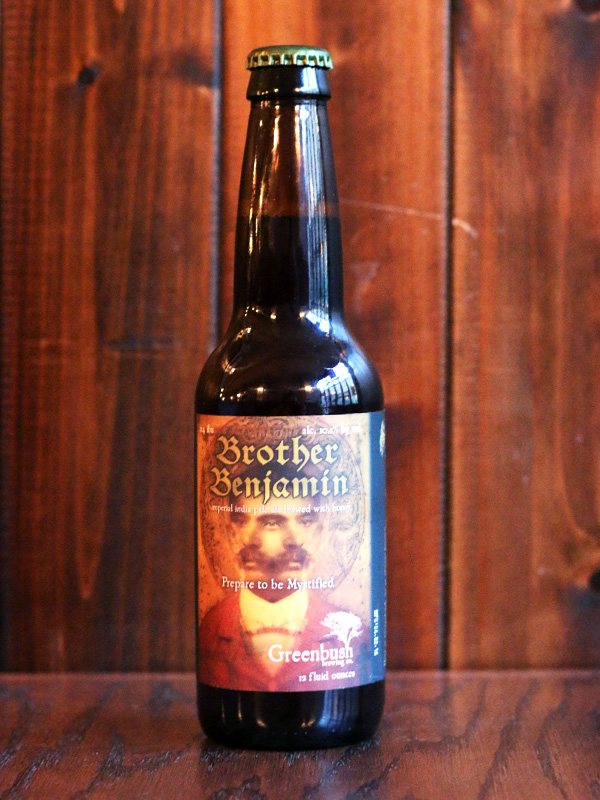 Double IPAs can be a little off-putting, frankly. But, this one from West Michigan’s Greenbush breaks the mold a little bit. It’s big and boozy, no doubt, but is balanced nicely by the sweetness of the honey. There’s a tinge of heat to it, but it just might be one of those higher ABV beers that can still attract the novice pale ale drinker. At 12oz, this one is still ideal for sharing, and still getting your fill. 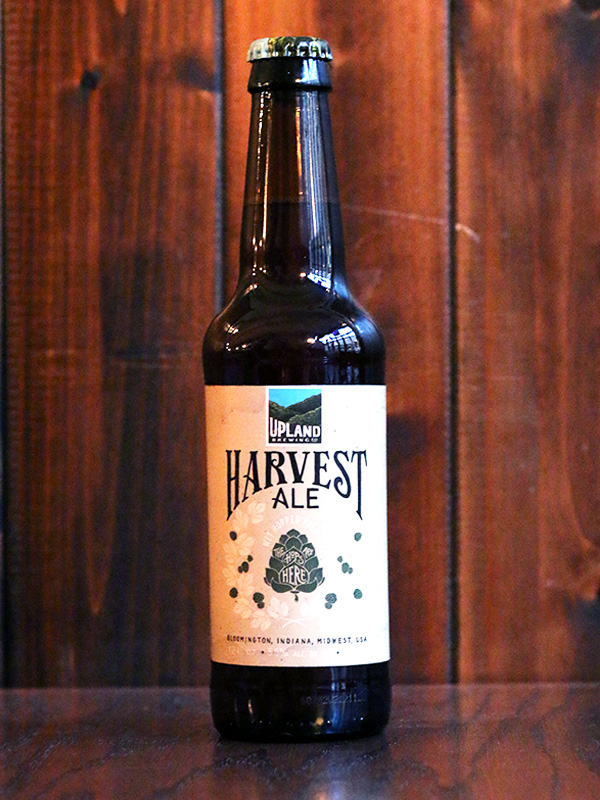 A huge, dank, floral, Citra hop aroma is the driving characteristic of this Fall brew. While only 5.5%, this drinks like a much bigger beer. There’s a little sweetness on the back end of this one but you’re really here to experience all those fresh wet hops that only come around at this time of year. You can truly taste the hop harvest in this one. 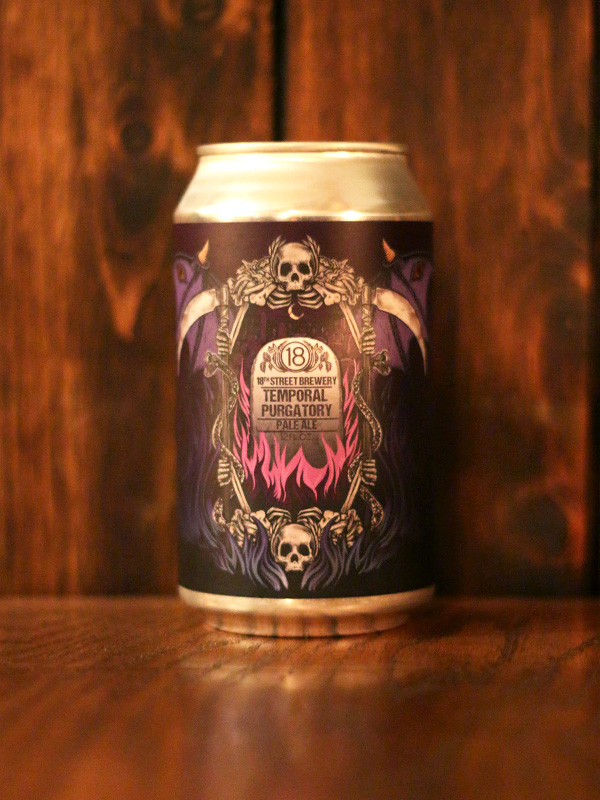 Juicy. What you might mistake as a trendy East coast-esque pale, can simply be credited as another impressive brew from Northwest Indiana’s cult brewer, 18th Street. ‘Temporal’ is citrusy, but soft, with hints of pinyness, making it a true “Midwest pale ale” at its core. It’s also one of those beers that just sorta grows on you more and more as you drink it. A bit above purgatory in our opinion. 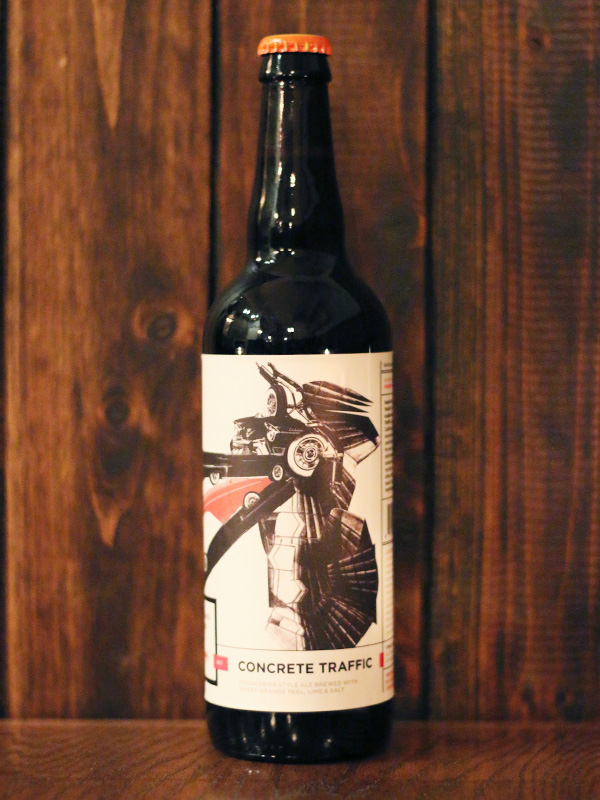 This beer is big and malty. The sweetness from the orange peel and lime does an excellent job keeping the rye spiciness at bay. While a Roggenbier isn’t a style you’d oft get after, Arcade’s take on it is a pleasant pour. And even more interestingly, it’s a nod to the sculpture of the same name, recently returned to the University of Chicago campus. A true urban-inspired beer.