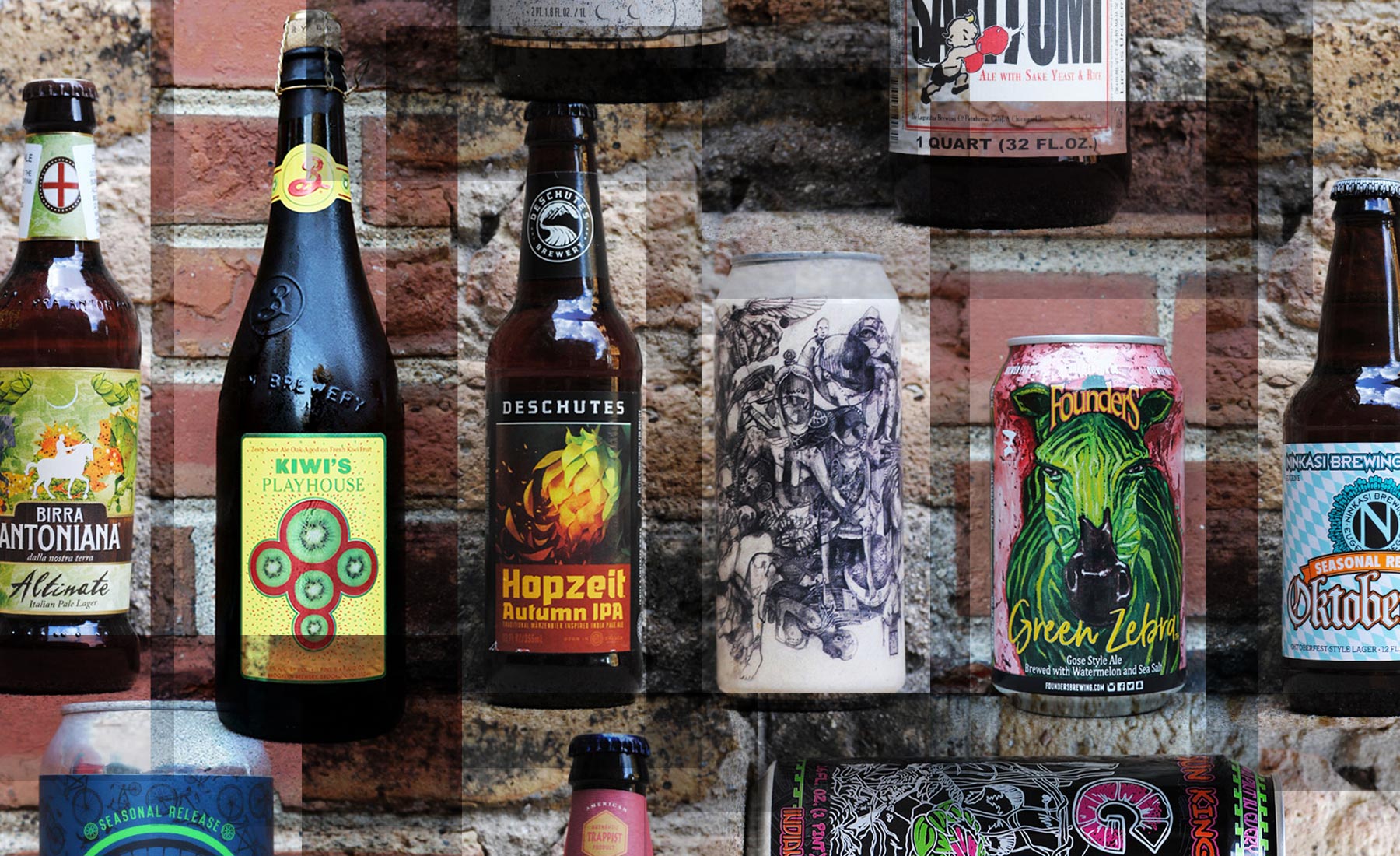 We’ve tasted through the following 14 beers for September, and rated them according to our very own interpretation of the BJCP scoring guidelines, on a scale of 100 and listed in alphabetical order. This month, Märzens are kings of the season, goses get a solid look, citrus profiles are plentiful and large format gets a reconsideration. We considered aroma, appearance, flavor, mouthfeel, overall impression and trueness to style. It’s not an exact science–we know this. We just don’t like to pass on the opportunity to drink…more beer. Cheers! 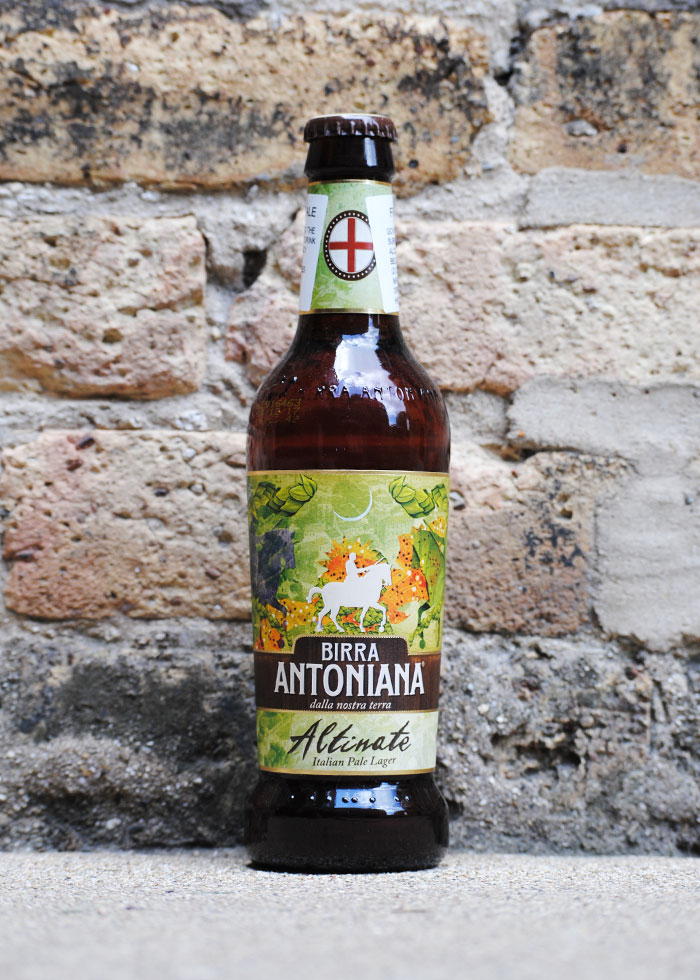 Given how infrequently Italian craft beer is an option on beer menus (if ever), we were excited to get the chance to try this dry-hopped lager from the country’s northern region. While it’s only 5.2% ABV, this is a full-bodied lager that pours a deep rich golden amber color. It provides a pleasant bitterness alongside a profile complete with subdued citrus notes and a tinge of nuttiness. It immediately drew comparisons of Fat Tire, making it a lager fit for fall. 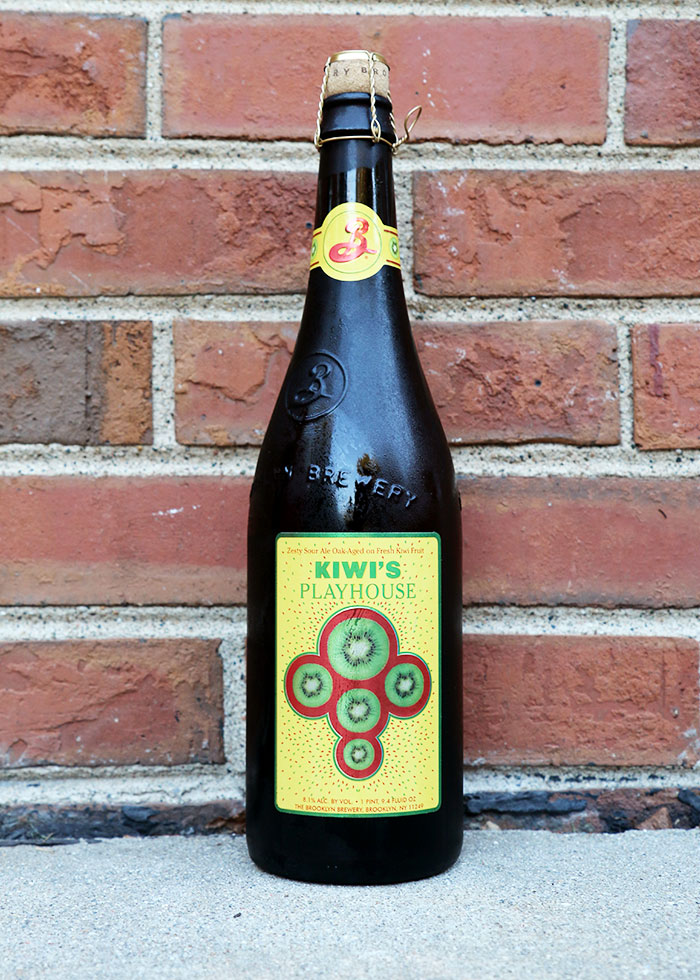 Playhouse sure is a fun beer, but not in an adult movie theater kind of way. This beer demonstrates what can be accomplished long after the brew day has finished. Barrel-aging, fruiting, and blending all add up to a complex, yet approachable sour ale. Kiwi is the star from start to finish, coming off as sweet and tart at the same time. While this beer is definitely tart, it is something novice sour drinkers or wine sippers would enjoy this equally. 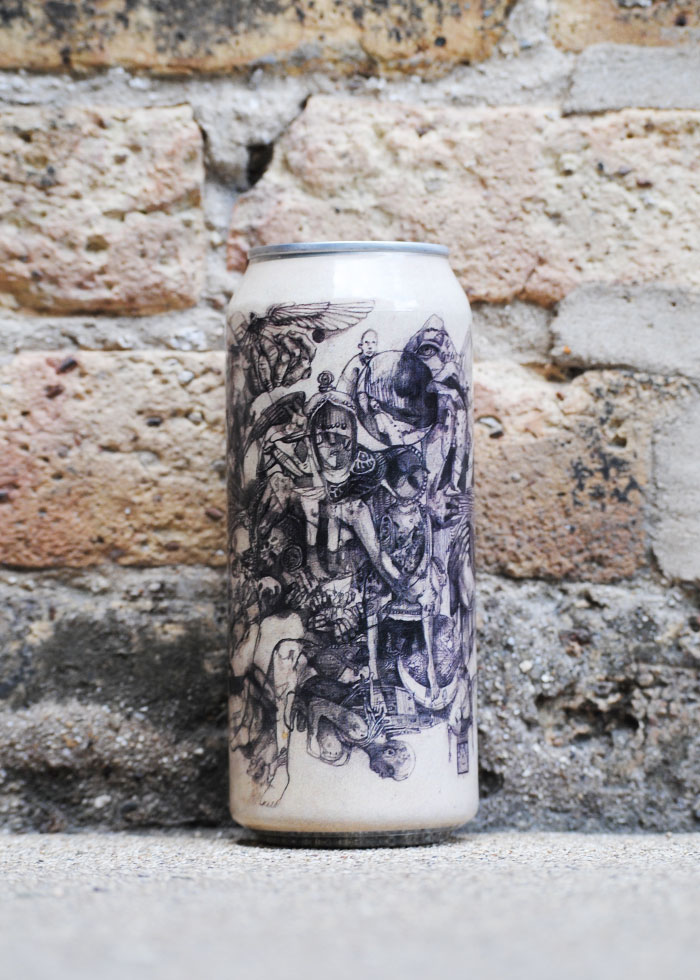 Ontario’s Collective Arts Brewing is set to enter the Chicago market and will be unleashing its lineup of art-inspired beers, including this gose with Himalayan sea salt and coriander. Prophets & Nomads provides a welcome departure from your typical salt-bier. While, like all goses, this beer is an unfiltered wheat ale, it’s the addition of sea salt and coriander that convey a distinct dryness to pair with the heavy dose of sour you’ll get. Slightly mineral-y but intriguing. 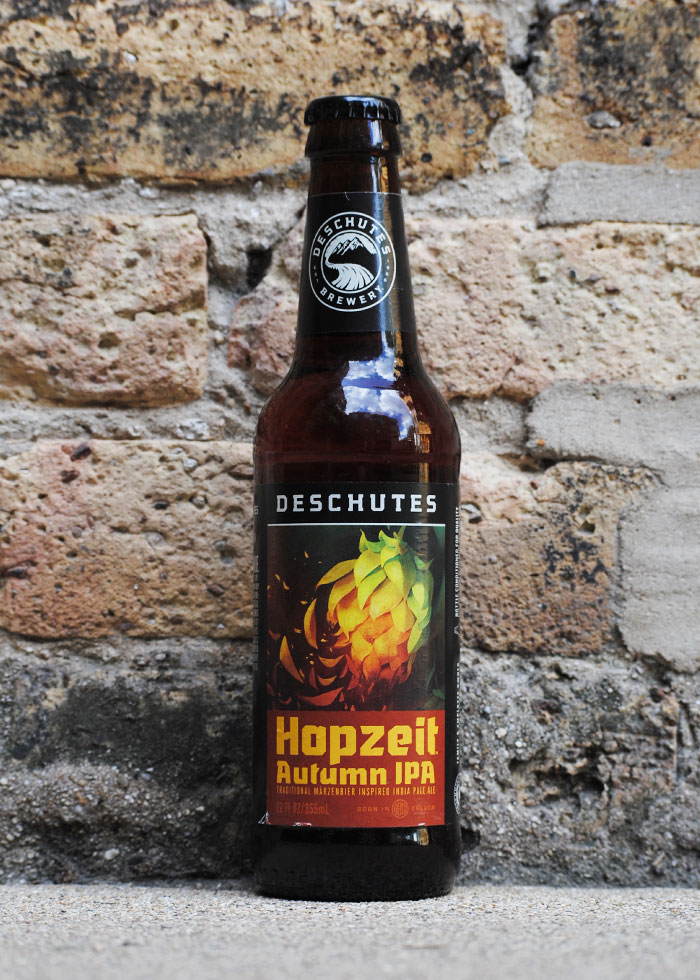 If you’ve been to the beer shop lately, you’ve likely noticed the influx of Oktoberfest options lining the shelves. And while the Märzen is a fine malty beer style, it’s nice to find a take on the traditional recipes that mixes things up just a bit. Enter: Hopzeit. With a base in the malty style, it’s the Herkules, Sterling and Hull Melon hop spices that give it a welcome punch. This beer isn’t going to knock your socks off, but it’s a solid fall sipper no less. 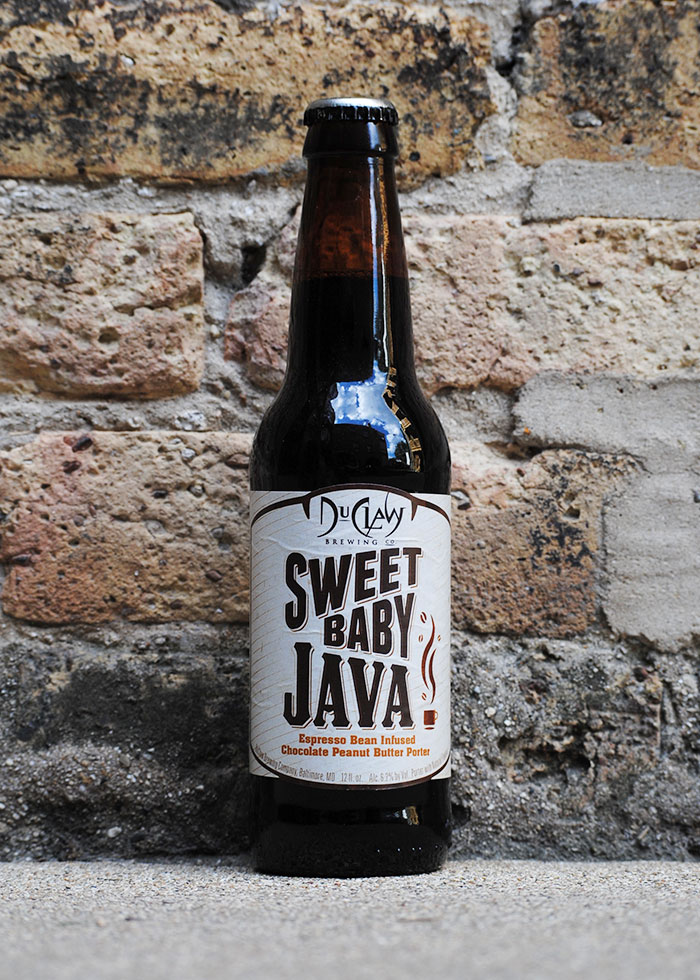 Simply expecting a nice coffee porter was a mistake on our end. Admittedly not being familiar with this beer–nor its brewery–set us up for a pleasant surprise. It’s cold-steeped with whole bean espresso giving it a rich, robust backbone. But then…the peanut butter smacks you in the face. We imagine this is the equivalent of drinking liquified peanut butter cups. It’s a decadent dessert beer that’s unapologetic for being such. And we’re okay with that. 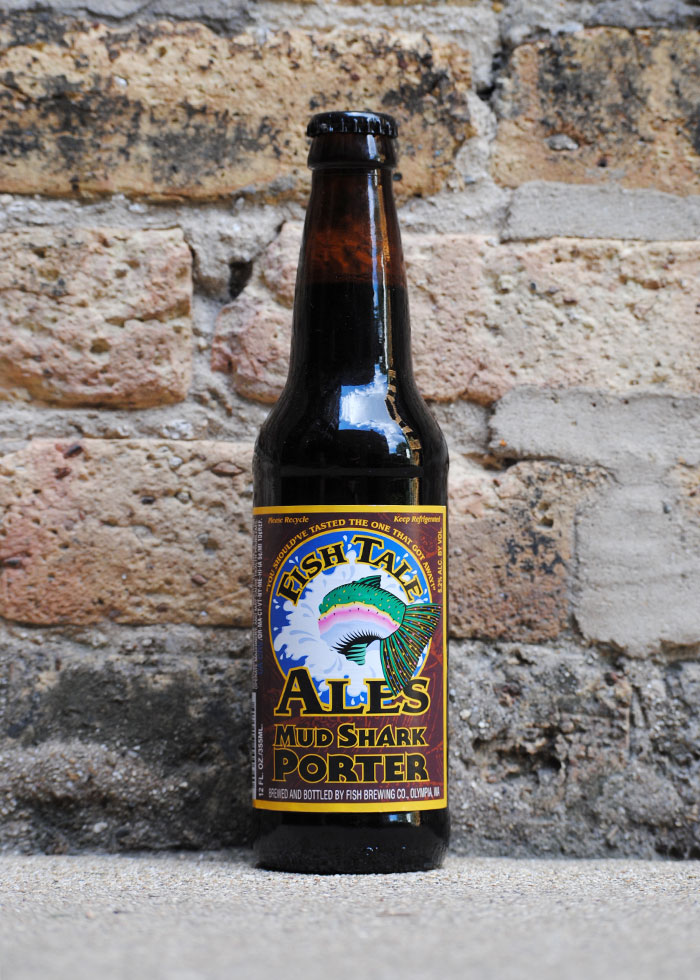 It’s hard to say much else about Mud Shark other than it is a very true-to-style porter. Where DuClaw’s spin (see previous beer) on the style lands on one end of the style’s spectrum, Fish Tales’ could be considered the control in porter experimentation. It’s a roasty, woody, dry porter that gives off hints of cacao and baker’s chocolate. Rather than a dessert beer, this one is the beer to pair with dessert. 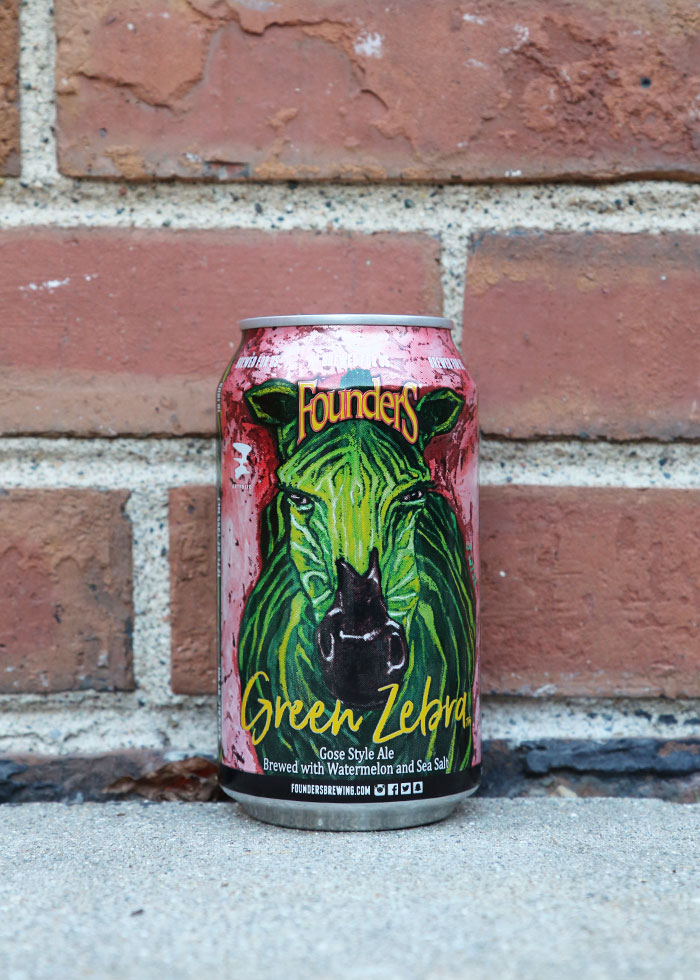 Brewed to benefit ArtPrize, Green Zebra is the 5th entry in the yearly series. This “gose-style” concoction does a beautiful job incorporating a fruit not often worked with in beer. Watermelon is present throughout, but never leans to hard or comes off synthetic. This pale yellow ale with hints of pink on the edges is juicy and tart at the same time–and quickly washes away with a light salinity with more lingering watermelon flavor that is pleasant, but not too fruity or sweet. It finishes dry and crisp, perfect for the dog days of summer. We only wish this was released earlier in the season. 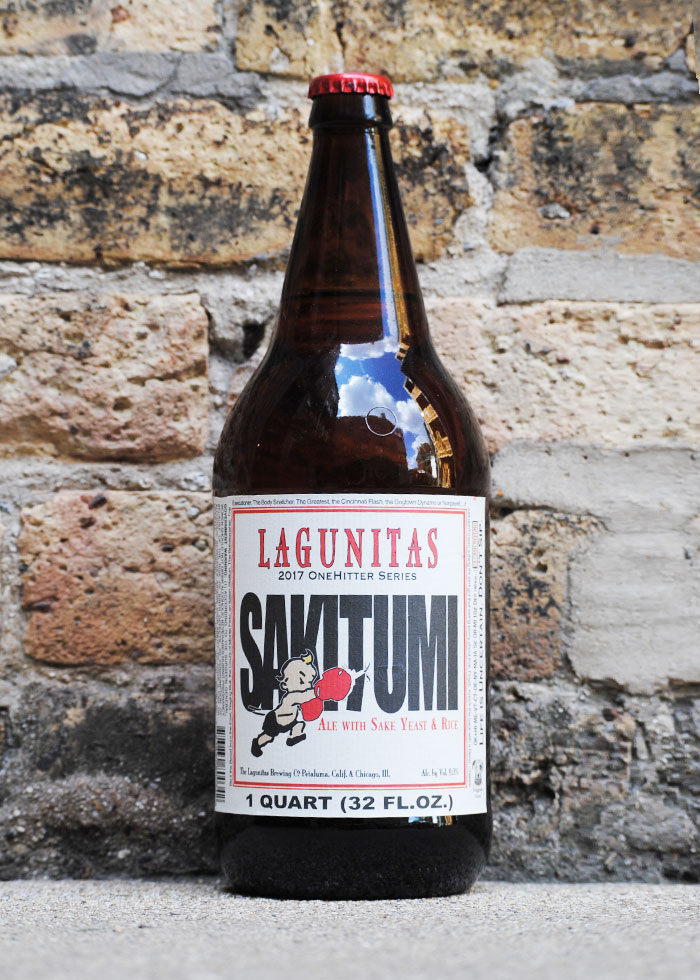 Seeing ‘sake yeast & rice’ on the label would likely have you imagining a crisp, dry, spiced and potentially ‘plain’ profile. Surprisingly, and thankfully, that was not the case with Sakitumi. The biggest surprise was the noticeable presence of fruitiness–grapefruit and lemon citrus if we had to pick. This fruit sits atop an otherwise clean ale with just a tinge of spice. It’s a bit of an sneaky beer, consider it’s 9% ABV but certainly doesn’t drink like one. But maybe that’s what the name was suggesting all along: a couple pours of Sakitumi and you might get that unexpected punch that’ll wake ya right up. 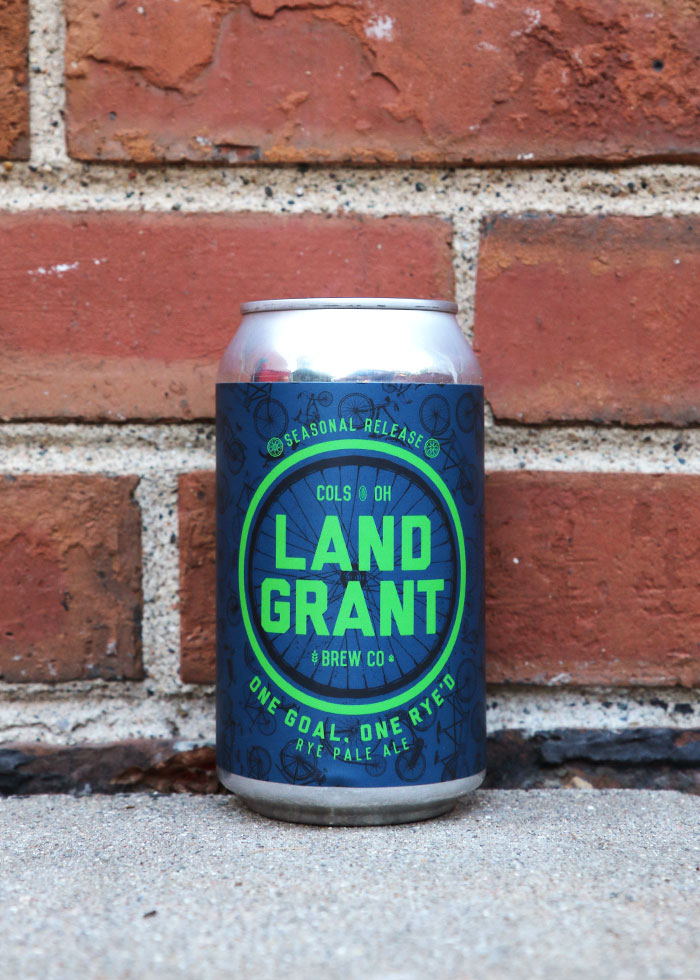 LAND GRANT
One Goal, One Rye’d

Brewed in support of cancer research with donations going to Pelotonia, One Goal is a perfect seasonal transition beer at the end of summer. Still bright with citrus and lemon, but balanced with just enough malt sweetness and that lovely rye spice that reminds you fall is just around the corner. When so many other beers this transitional time of year opt simply for malt, you might come to appreciate a little more robust-ness that a rye can provide.

This one’s a lighter golden-orange hue than you might come to expect from a Märzen, but a few sips and you know their intentions. While it’s a simple, malty ale, it’s all-around clean and very much to the style. Oktoberfests aren’t really meant to wow. But, that’s okay. Clean and simple is the name of the game–with just enough malt backbone to make for an easy fall introduction. Still, we might’ve hoped for more ‘oompf’. 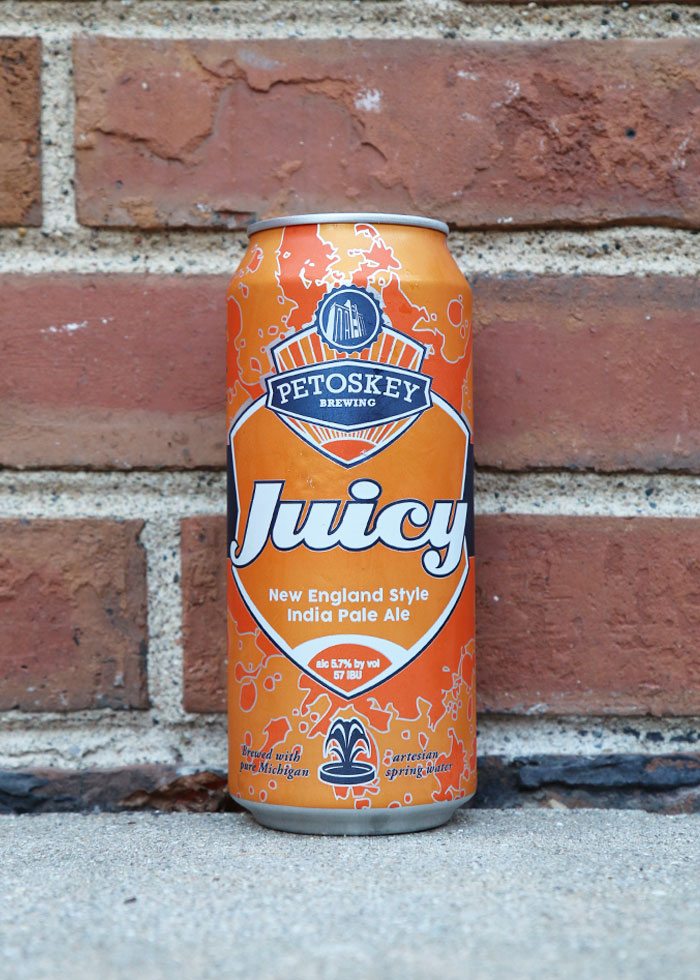 With so many NEIPAs flooding the market, it is becoming harder and harder for each to distinguish itself. Juicy is notable though, as one of the lightest and lowest ABVs of the bunch. Coming in at only 5.7%, this brew is still juicy as the name implies with the expected citrus and tropical notes. The bitterness is prickly, yet thankfully moderate as there is almost no malt to support anything higher on the IBU scale. Juicy finishes silky smooth, never gets too sweet, and is one tasty offering in the every expanding category. 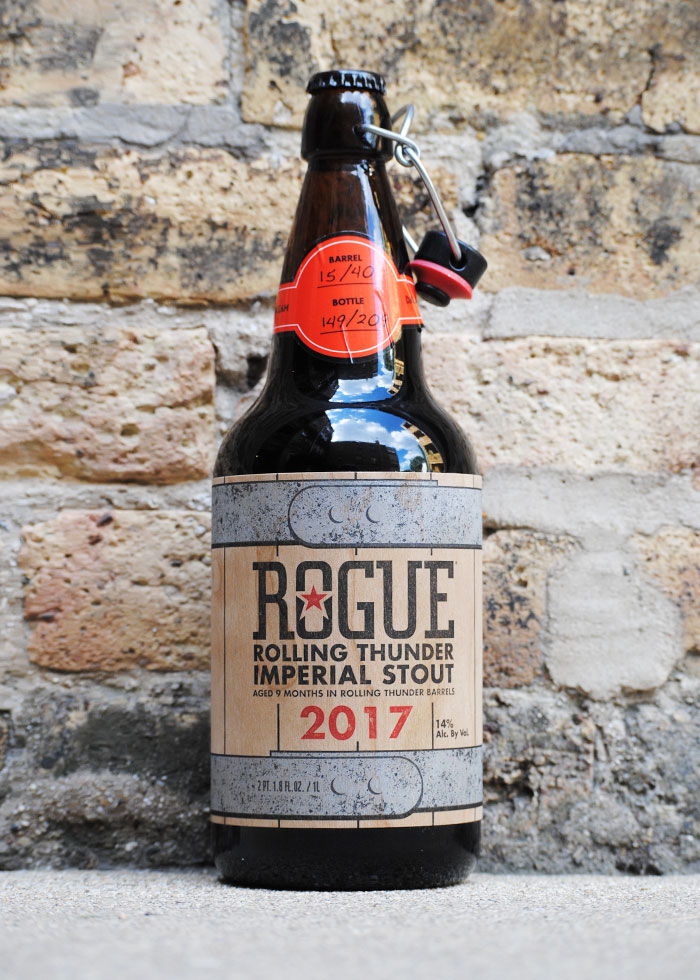 Wow, this is one big stout. And with a name like Rolling Thunder, you’d hope so. Having already sat 9 months in whiskey barrels, you’d expect something slightly more mellowed out than 2017’s version of the imperial stout. However, what you get is a hefty 14% beer that brings the heat–literally and figuratively. The smokey char is definitely apparent, while the alcohol heat keeps it a bit sharper than is enjoyable at this point. But, knowing 2016’s scored so highly in our bling stout tasting, we’d expect this to be all that much better if laid to rest for a few more months. So, do that… 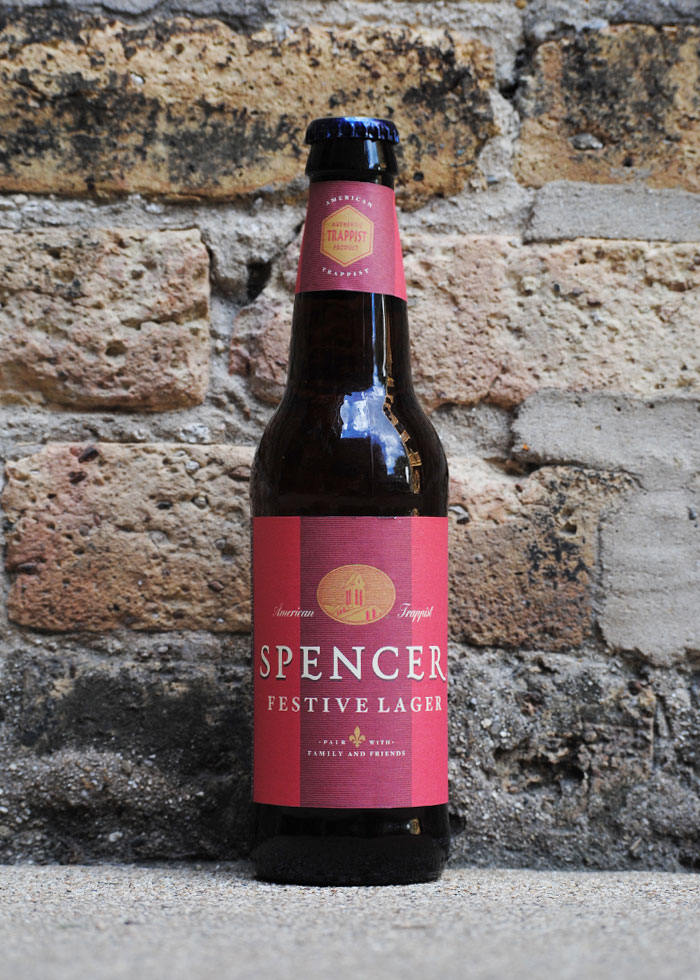 The red striped label and simple ‘Festive Lager’ moniker had us believing we’d mistakenly come across a Christmas ale already. Thankfully, however, it was just another take on the festbier/Oktoberfest–just this time, from the U.S.’s only Trappist brewery. Still, the simple designation of ‘lager’ style caught us off guard a bit. This beer definitely leans more toward the sweeter and earthier end of the spectrum–reminiscent of a bock with its caramel characteristics. Slightly chewy and dense, this 7.5%’er is a fuller-bodied lager, perfect for that initial seasonal chill. 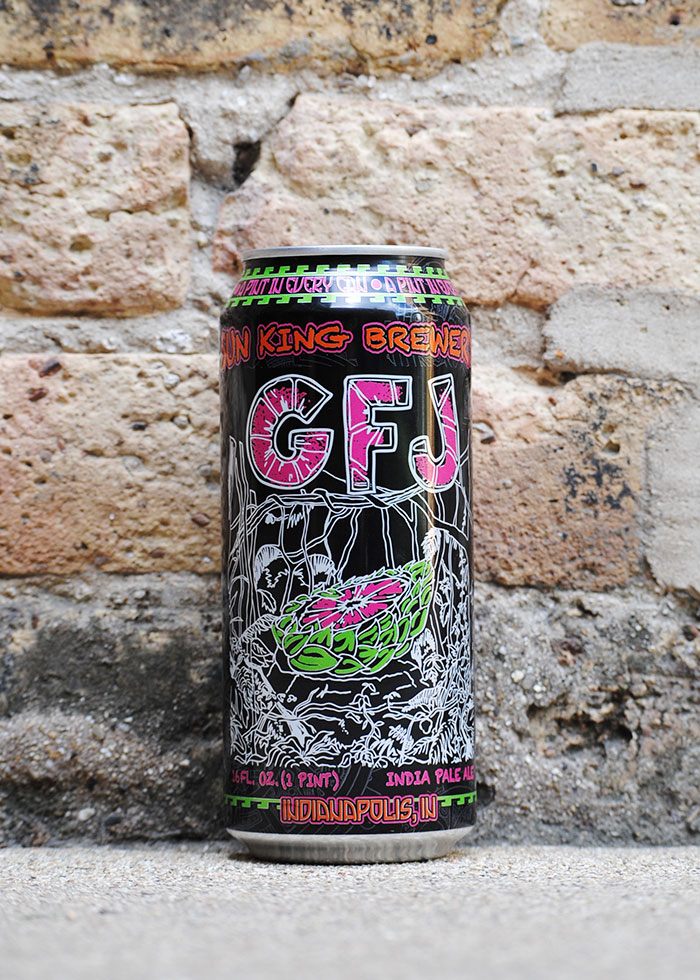 Indiana’s stalwart brewery, Sun King, has a bit of a reputation for clean, simpler to-style recipes (apart from their quirkier barrel-aged offerings). So, when we came across this fruit-punch-esque pale ale, our taste buds perked up a bit. To include ‘grapefruit’ in the beer’s name was more than fitting, when you consider how present the citrus characteristics are in GFJ. It’s got a smattering of accompanying citrusy notes: orange, passionfruit and dry apricot even. It’s an impressively balanced tropical IPA (without entering cloyingly sweet territory)–with a pleasant bitterness.