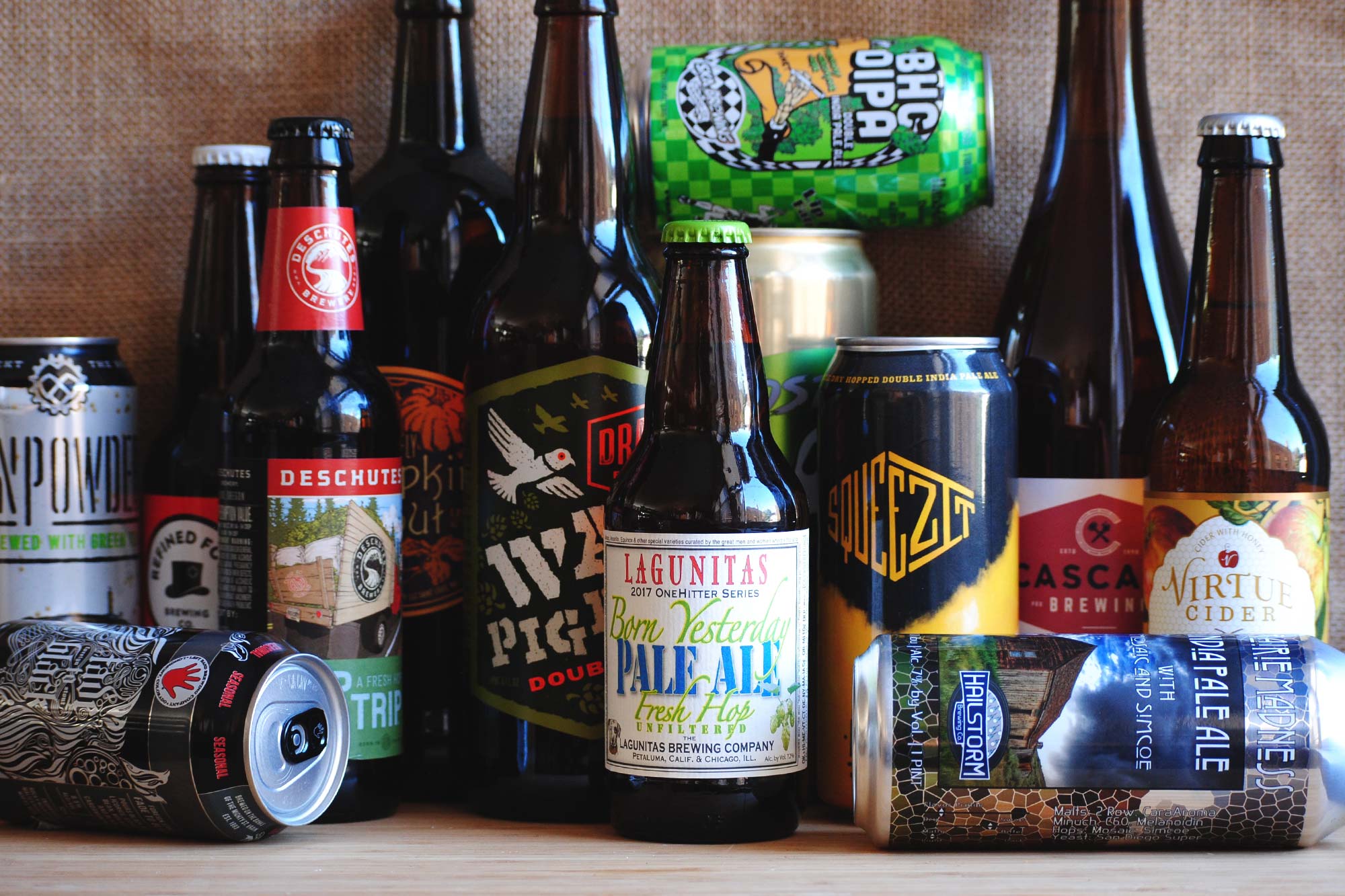 We’ve tasted through the following 20 beers for November, and rated them according to our very own interpretation of the BJCP scoring guidelines, on a scale of 100 and listed in alphabetical order. This month, IPAs run the gamut from the juicy and hazy to black as midnight, as well as the GABF Gold Medal winner in the American IPA category. We considered aroma, appearance, flavor, mouthfeel, overall impression and trueness to style. It’s not an exact science–we know this. We just don’t like to pass on the opportunity to drink…more beer. Cheers! 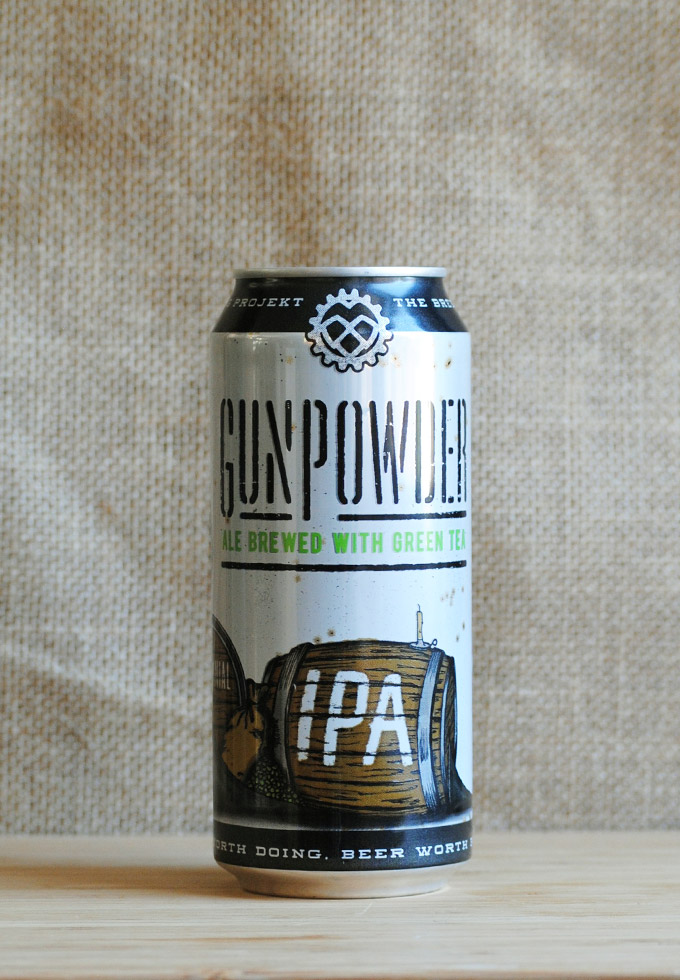 This is a smooth, juicy,  to-style IPA. And while the Gunpowder Green Tea doesn’t make its presence known until you down the first few sips, it is certainly a welcome addition on the finish. What would otherwise be a balanced, but potentially unmemorable pale ale, gets a boost from the addition of the tea. It helps tone down the bitterness, resulting in a smooth and approachable IPA, fit for any season. 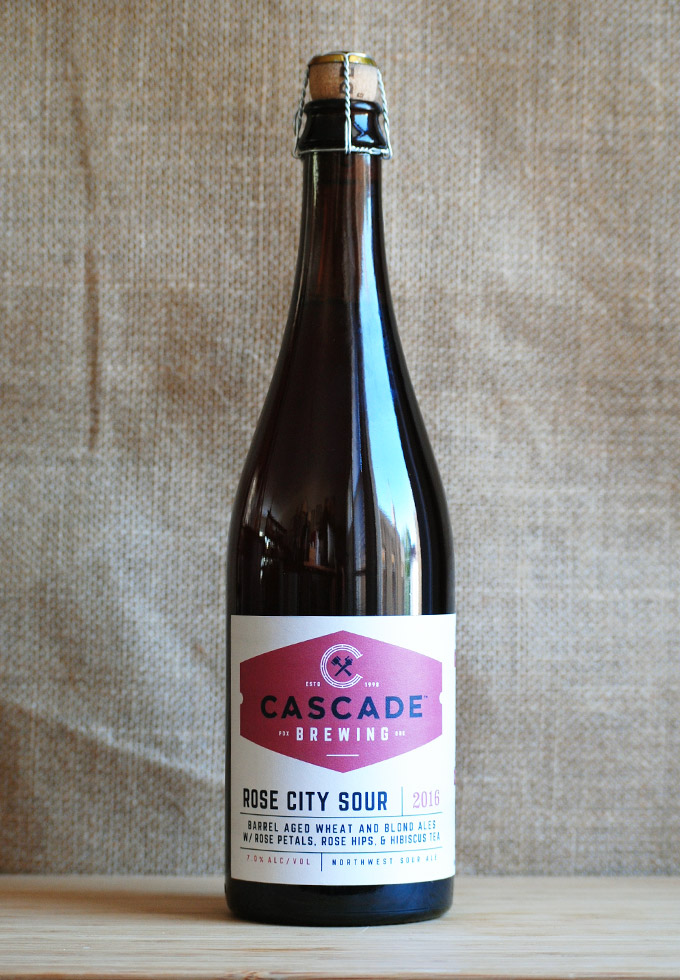 We’ve had many a sour from Cascade, and most of them are not beers we’d recommend to those unprepared for a puckering, through delicious, experience. Rose City Sour is quite the opposite with light floral and red berry notes over a blonde ale base that’s far from overpowering. This would go great with dinner, but we enjoyed it just fine on it’s own. 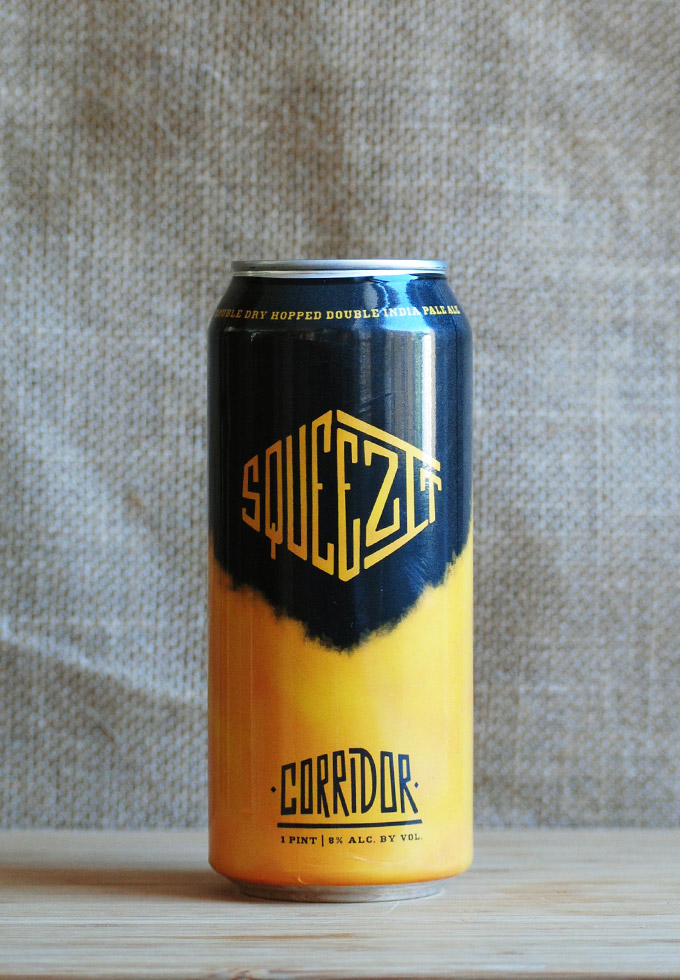 Corridor is all over the haze craze, as evidenced by their decision to make one of their many NEIPA’s their first canned beer. SqueezIt is trendy personified, with an orange juice appearance, huge grapefruit and mango nose, and a relatively balanced taste. There’s a little more sweetness on the back end than we prefer and you really taste the booze, but we’re not complaining. A treat for those on board the hype train. 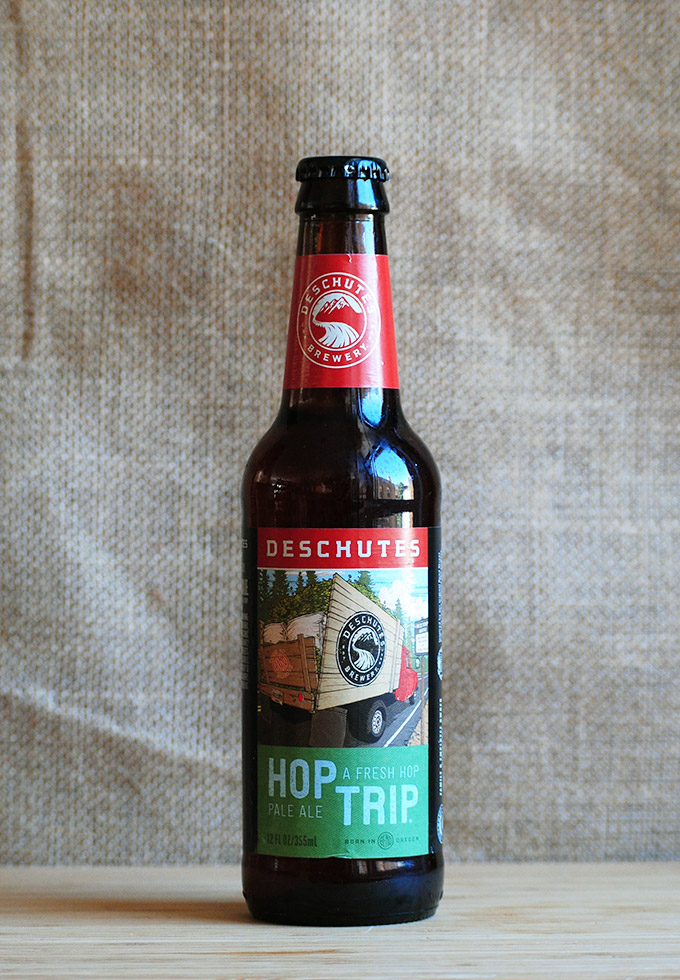 The first thing you’ll notice when you pour Hop Trip, is the color. This pale ale is a saturated copper color–exactly what you would expect from an amber ale, but not necessarily a pale. And for what it lacks in expected color, it makes up for in flavor…sort of. While distinctly fruity, the Nugget and Crustal hops also aid in comprising a slightly herbal profile. Pair that with a strong malt backbone, and you have a throwback IPA. Like it or leave it. 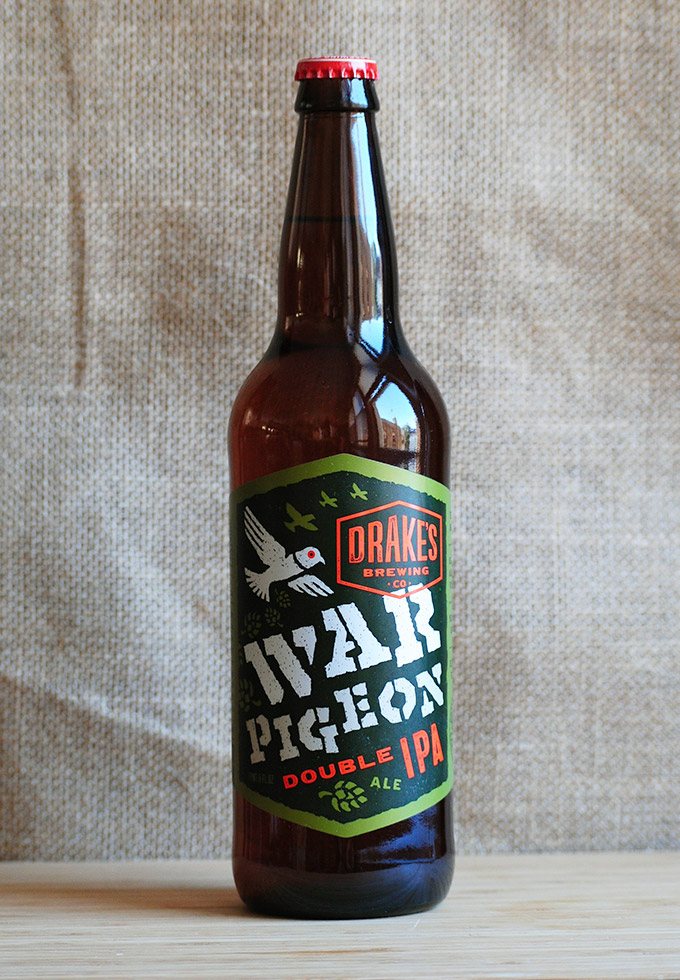 This is a huge Double IPA featuring dank, sweet notes on the nose, a punishing citrus hop bite up front, and a considerable sweetness as it goes down. There’s a bready, almost toasted note to War Pigeon that doesn’t quite agree with us though we imagine there are people who’d disagree. A DIPA for those who their pallet ravaged. Unfortunately, that isn’t us. 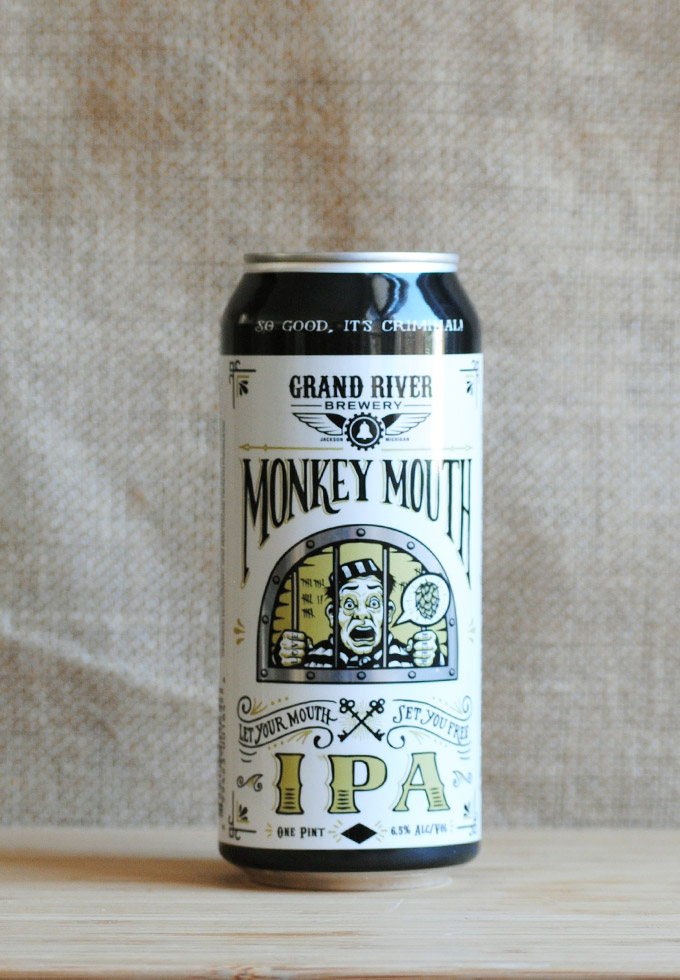 The best way to describe this is clean. While maybe not the most interesting IPA you may ever drink, it’s impressively balanced, with a slightly dank pineyness, and inviting malt body. It’s maybe unlikely that you’ll see much from this Jackson, Michigan-based brewery in too many reaches of the state, so if you do cross it, it’s worth the time no doubt. 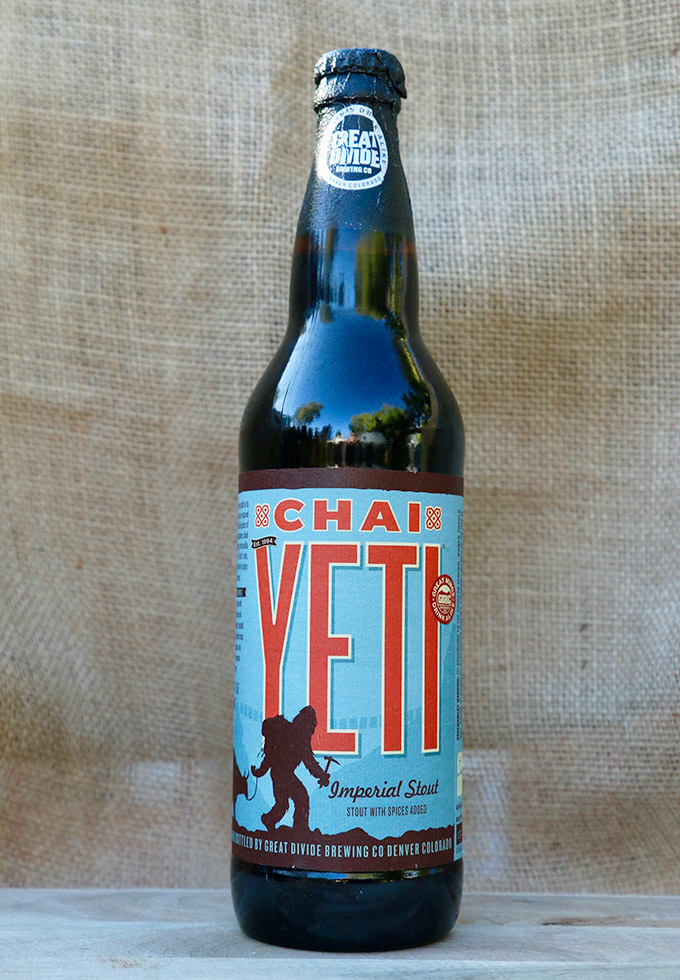 Upon cracking this bomber, I had to check the label again. The aroma doesn’t lend anything to believe this is a chai stout, maybe if I searched really hard there was a little cinnamon on the back end, but that could have been forced perception given its name. I took a sip, and then a few more, and was still left searching for chai spices. As an imperial stout it is still very good with lots of chocolate and roast, perhaps a little too boozy in the finish, but that could drop out with some cellaring, but when a beer claims to be something, you shouldn’t have to search for it. 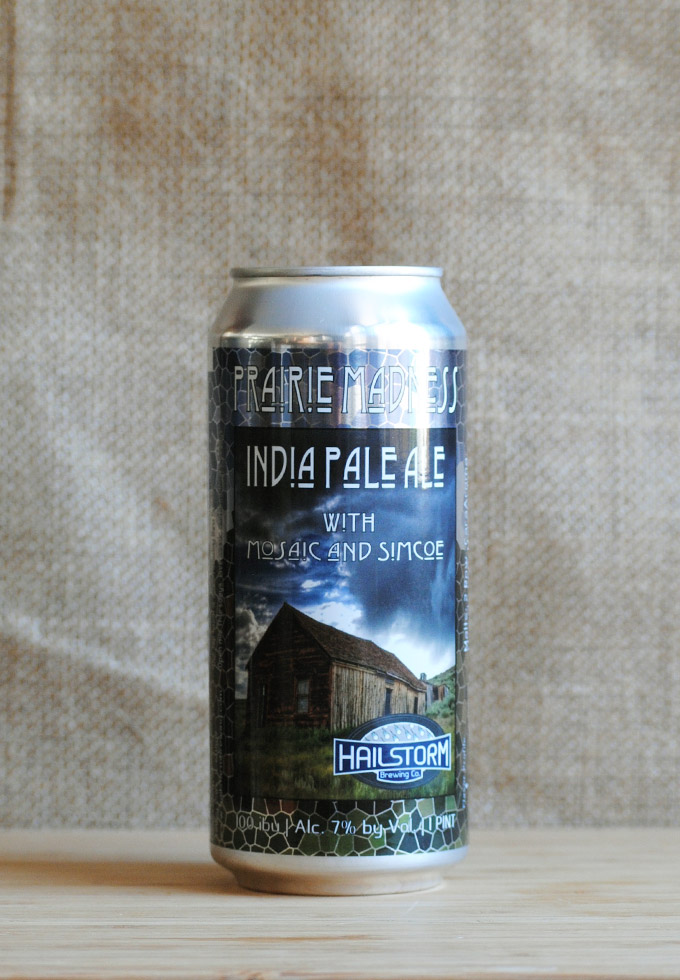 If you happen to peruse the list of winners from this year’s GABF, it’s likely this beer has already been on your radar–and for many folks around Chicago, it has been for a while already. South suburban Hailstorm Brewing’s Prairie Madness was declared the best (of 408 entries) in the American-style IPA category. It pours a medium amber color, and the aroma from the Mosaic hops hits you right away. The nose makes way for a sweet, bready, citrusy and berry-like flavor profile that’s surprisingly layered for an otherwise simple hop bill. Enjoyable? Absolutely. Best in the USA? You decide. 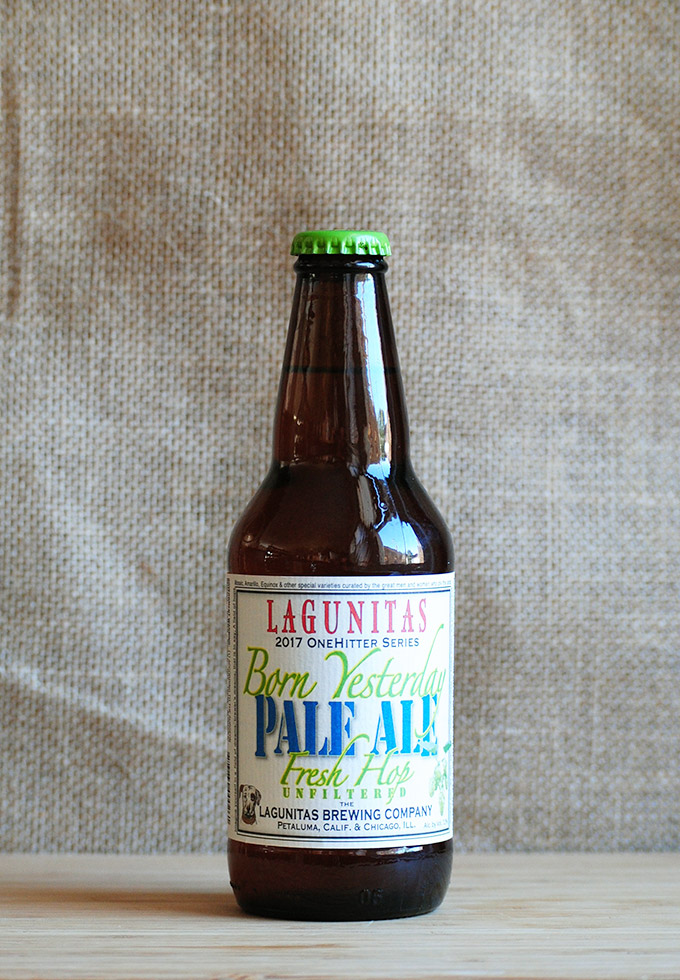 Every brewery has a wet hop beer this year, but Born Yesterday from Lagunitas is still one of the best. Imagine most Lagunitas beers you’ve had — most feature a distinctive dank hop aroma that follows into a bright, citrus bitterness right through to the end. This is that, plus a whole lot more dank-ness. And well, we aren’t complaining. You can just about smell the Yakima Valley when you put your nose in this one and we’ll miss it when it’s gone. Get it while it’s fresh. 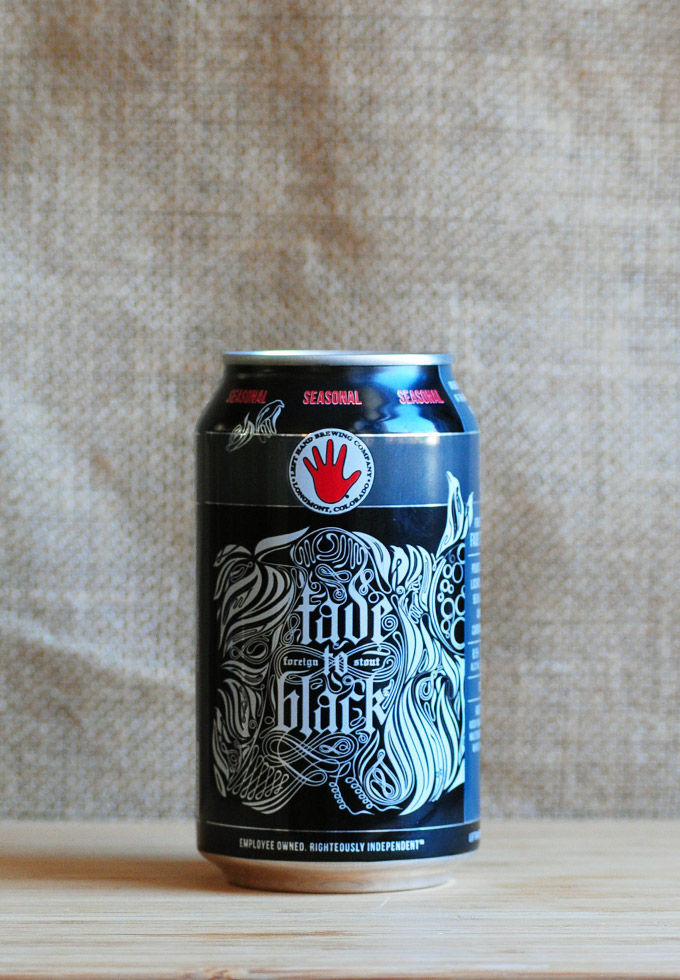 For many, foreign-style stouts often get overlooked. Known for their intense black molassesy appearance, and distinctly dry finish, the classic style too often plays second fiddle to its oatmeal and BA siblings. We’re here to ask you to reconsider, and do so with this fantastic example from Left Hand. The 3X GABF gold medal winner in the category is a deep espresso pour, with a tinge of cardamom and a drier than dry finish. The perfect choice for the dark winter nights ahead. 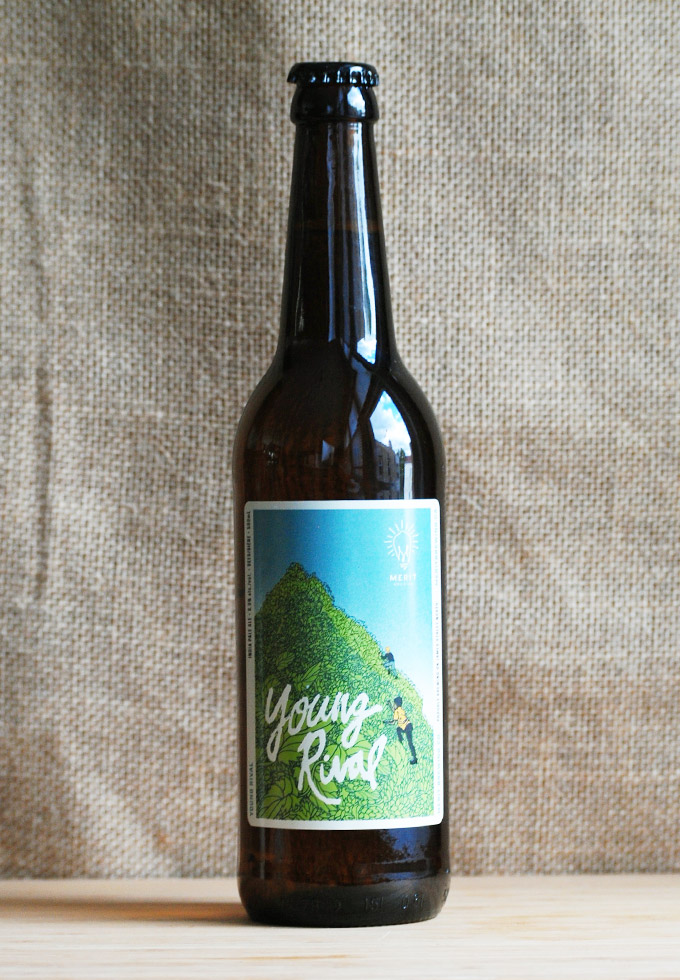 Merit is just one of the trendy breweries to have opened recently in the currently getting hipster-fied city of Hamilton, Ontario. A pleasant experience with other beers at their taproom led us to high hopes. Alas, it was not to be. This bottle featured a very off putting soggy vegetable aroma right off the bat and an off putting bitterness all the way through. We’re hoping this was simply a one off issue for this flagship IPA. 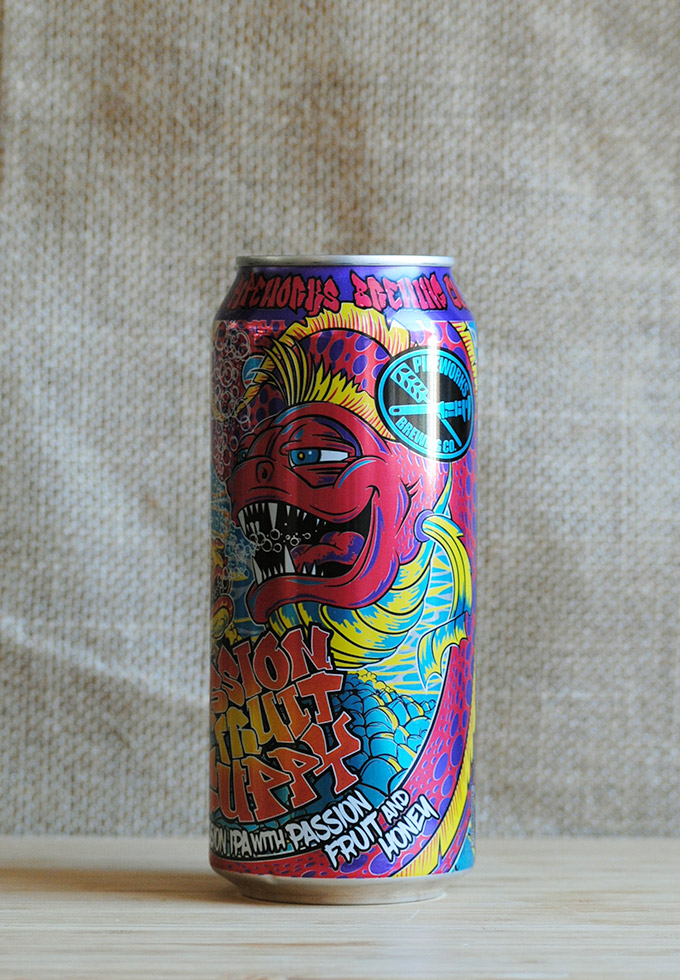 Pipeworks loves their Session IPA’s and the latest addition to their Guppy series is no different. The passion fruit is abundant right off the bat but is more subdued once you take a sip. The addition of honey adds a little sweetness and body though you’ll still know you’re drinking a low ABV IPA. We could see ourselves drinking this one on a hot summer’s day, though we’re not sure it quite holds up to colder months. We’ll take a Lizard King please. 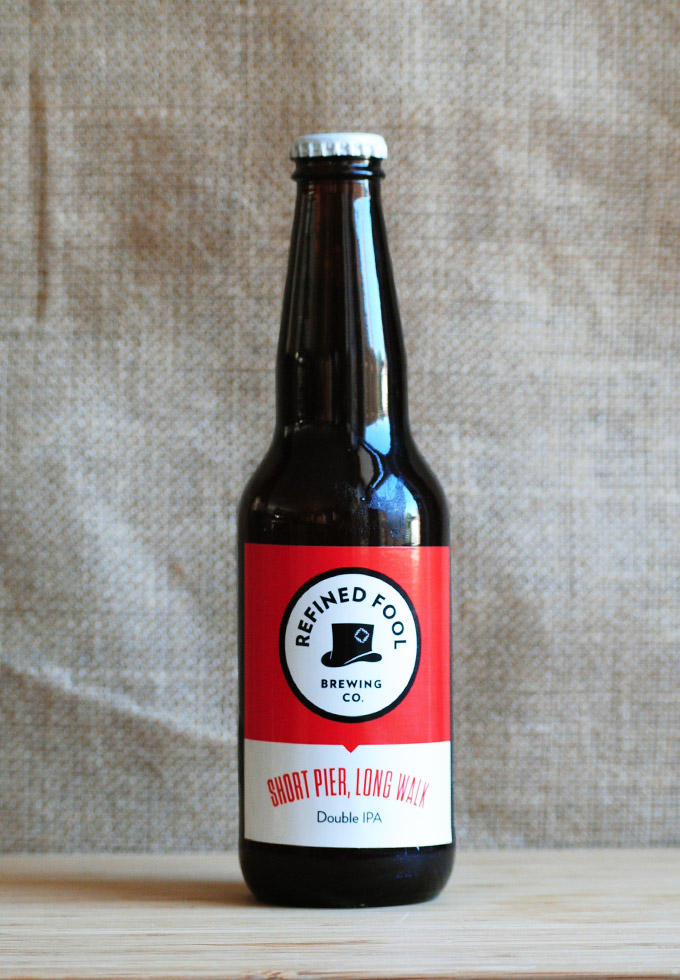 It’s been exciting to see more and more sightings of craft beer from our Great White [neighbors to the] North. So, when this DIPA from Ontario came across the table, we were intrigued. Unfortunately, the excitement seemed to end there. What sat in the glass was a rich copper pale ale, with obvious marmelade-like aroma, and an equally sweet jammy-ness on the tongue. Overall, it was less a citrusy, chewy DIPA you except from the style, traditionally, and more of a dense malt bomb. 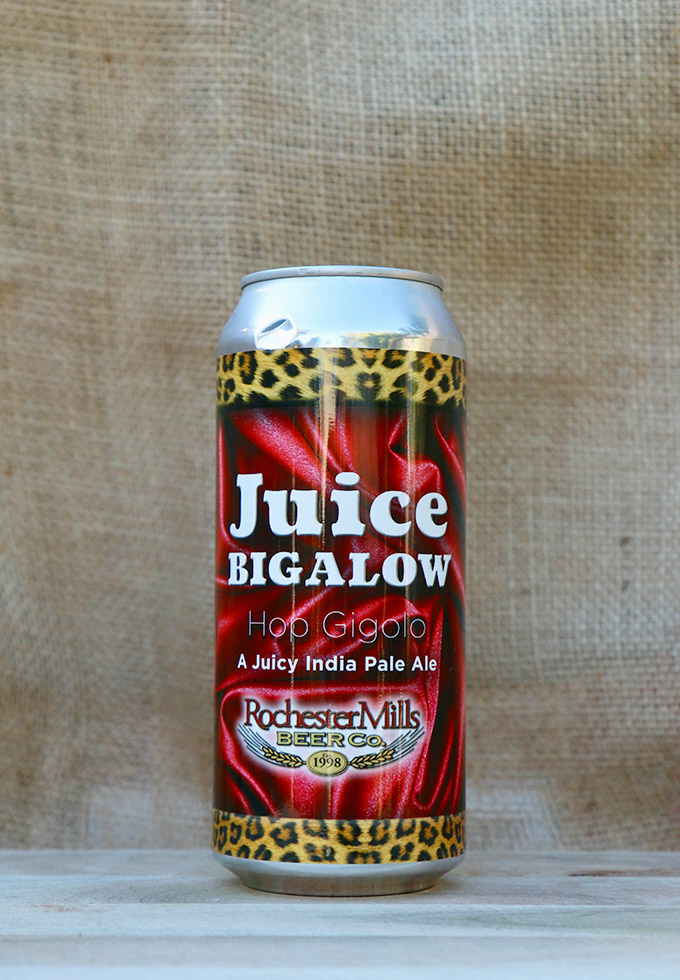 At half the price of most NEIPAs you start to question why others are so expensive after drinking “Gigolo.” All the familiar characteristics you would expect from a NEIPA are there; a hazy golden straw hue, aromas of orange, citrus and pine, and a nice juiciness with a good citrus hop bite on the end. Perhaps not as creamy as some, but the flavor and experience is all there. If the haze craze is here for the long hall, hopefully we will see more offerings at this price point. 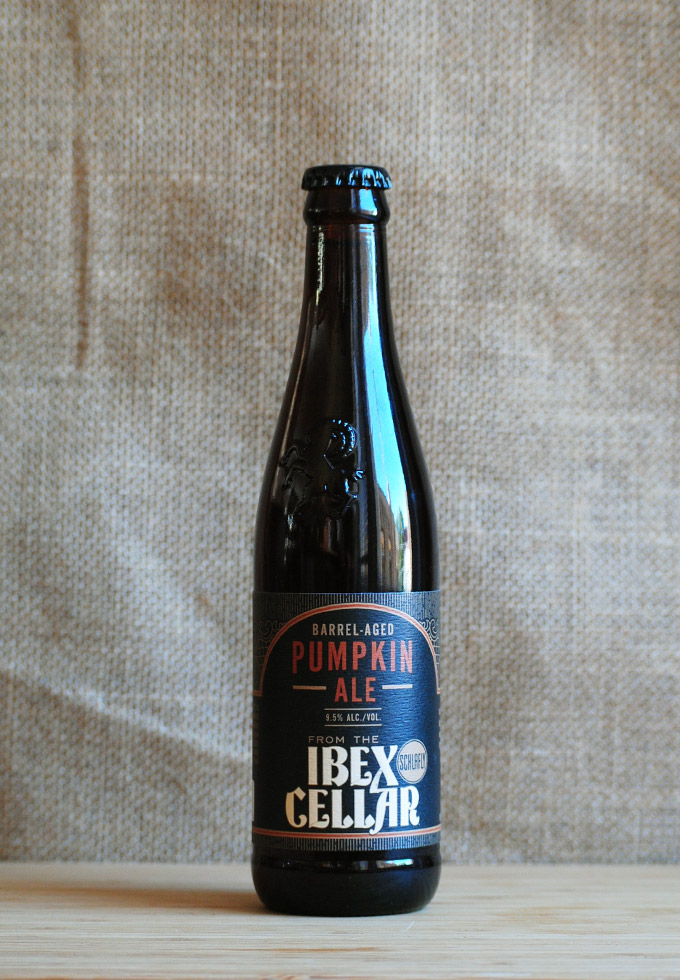 Another from Schlafly’s Ibex Cellar series, and another winner. We know, we know, “Another pumpkin ale, so what?” Well, we’ll tell ya. This barrel-aged beauty had the scent of a bakery, and a chewy doughiness to match. While chockfull of allspice–and very much resembling a Christmas ale in profile–the pumpkin and the woodiness on the finish help balance it all out. As it warmed up, it almost began to resemble an Old Fashioned, even. Seriously. 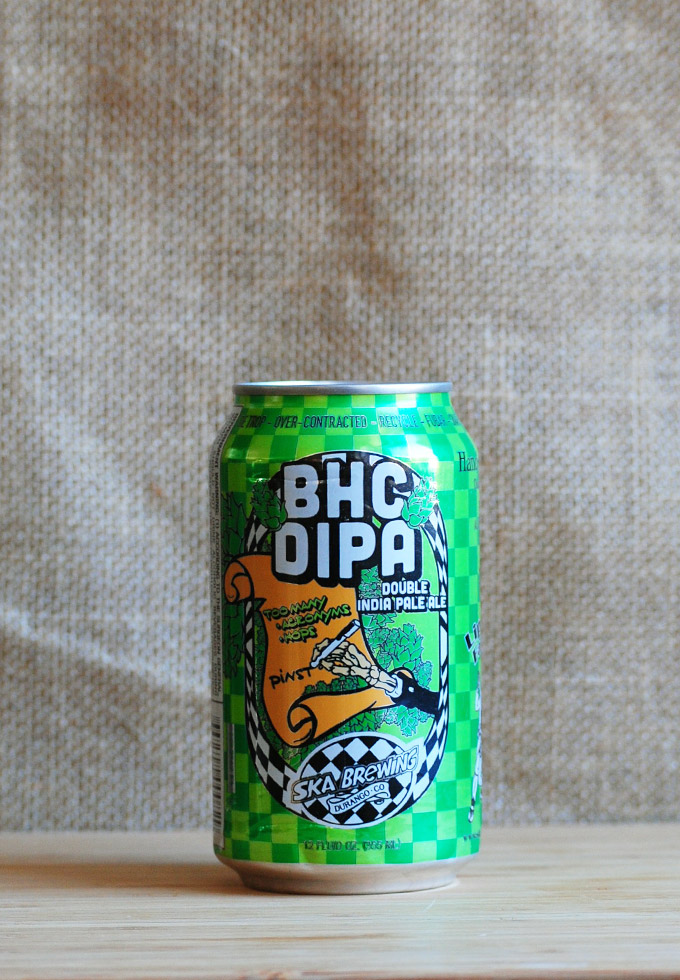 BHC DIPA is exactly what you might expect from the style — grapefruit citrus aroma with a piney resin taste up front, finishing just a little sweet. It’s a good, albeit somewhat run of the mill beer. What is interesting is the name. BHC stands for “Bad Hop Contract” which hints at the brewery’s mistake signing a long term hop contract back in 2014. Worth drinking, if even just to help use up all those darn hops. 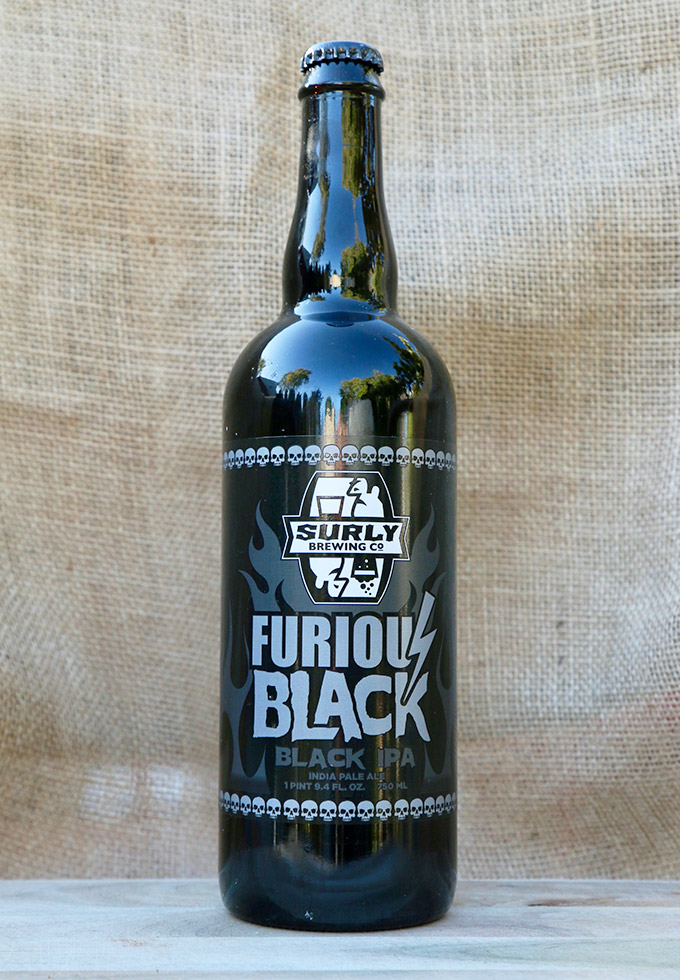 Black IPAs are typically not my style, but this option balanced subtle roast with the bright hop profile of its flagship IPA. Originally only served during the annual release of Surly’s imperial stout for Darkness Day, it is almost shocking how dark Black is with its huge citrus aroma. The roasted malts come through just enough on the tongue, but never let you forget that you are still drinking an IPA. 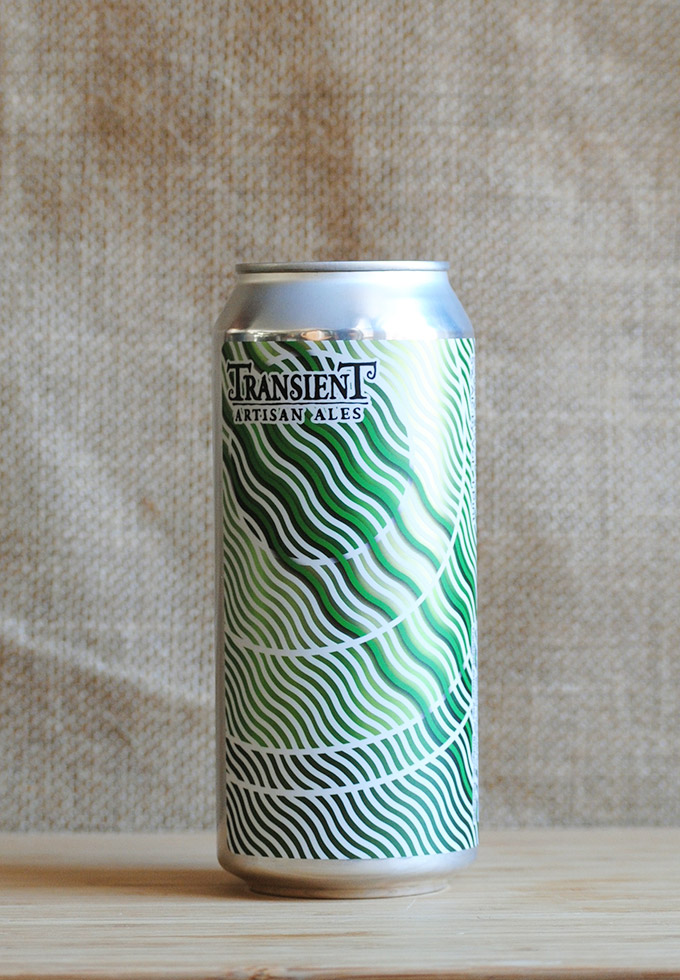 West Michigan’s Transient has been making its presence known in the small town of Bridgman, ever since fleeing Chicago for greener pasture. So, it was with plenty of excitement that we were able to snag a 4-pack of citra Refraction on our way through town recently. And while an incredibly approachable pale ale, we were hoping for a bit more of that tropical fruitiness that you except from the hop. Still, a solid beer. 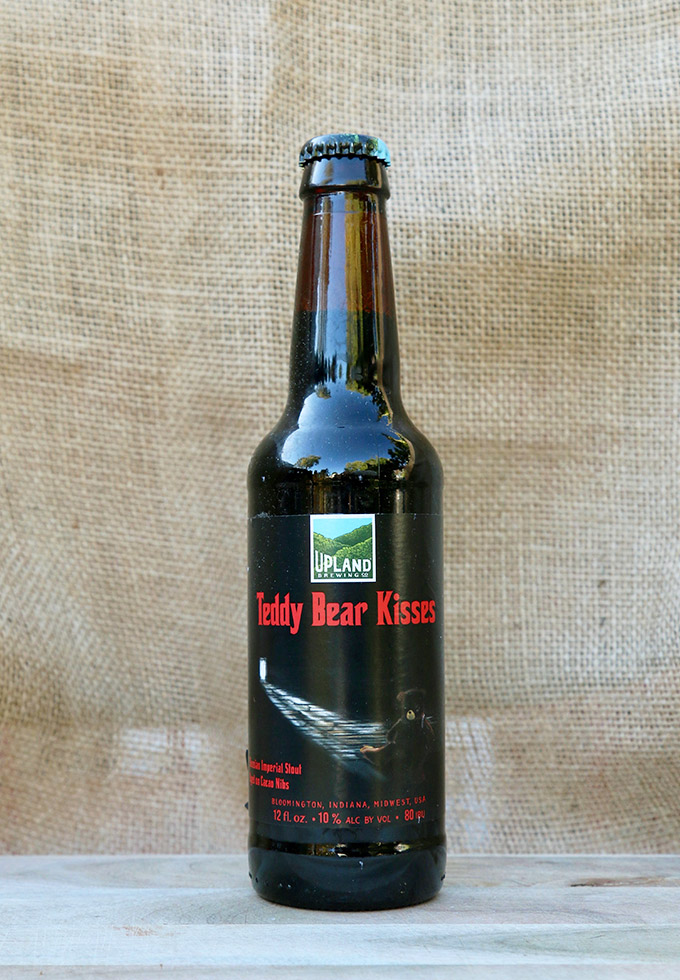 Pouring a deep rich espresso color with a soft tan head, this is a big Russian Imperial Stout. You’re hit immediately with dark roasted malts and bitter dark chocolate. The hop bitterness is quite high as well and helps prop up a moderate alcohol burn, but there are nice notes of dark fruits and warm cocoa to help balance everything out. This is one to get cozy with and enjoy over a long session. 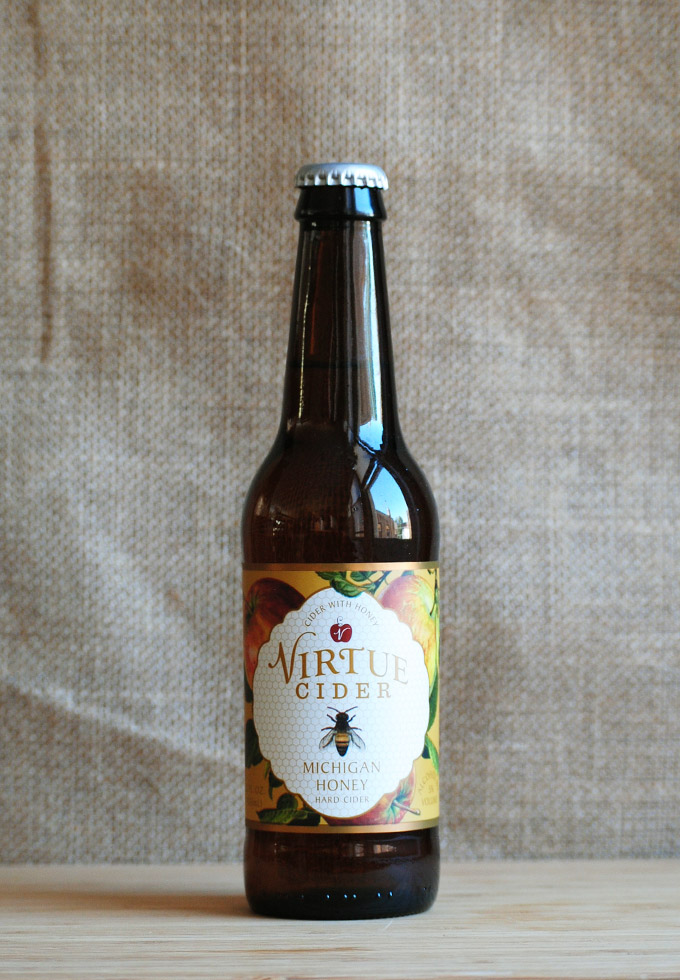 Michigan Honey is bound to be polarizing for cider fans. The addition of local wildflower honey to a cider that’s spent time in French oak barrels makes for an unusually sweet experience we don’t usually associate with Virtue. This is one for the cider lover with a sweet tooth, something that’s not very common in real craft cider. For us though, we prefer a little less sugar and a drier mouthfeel.