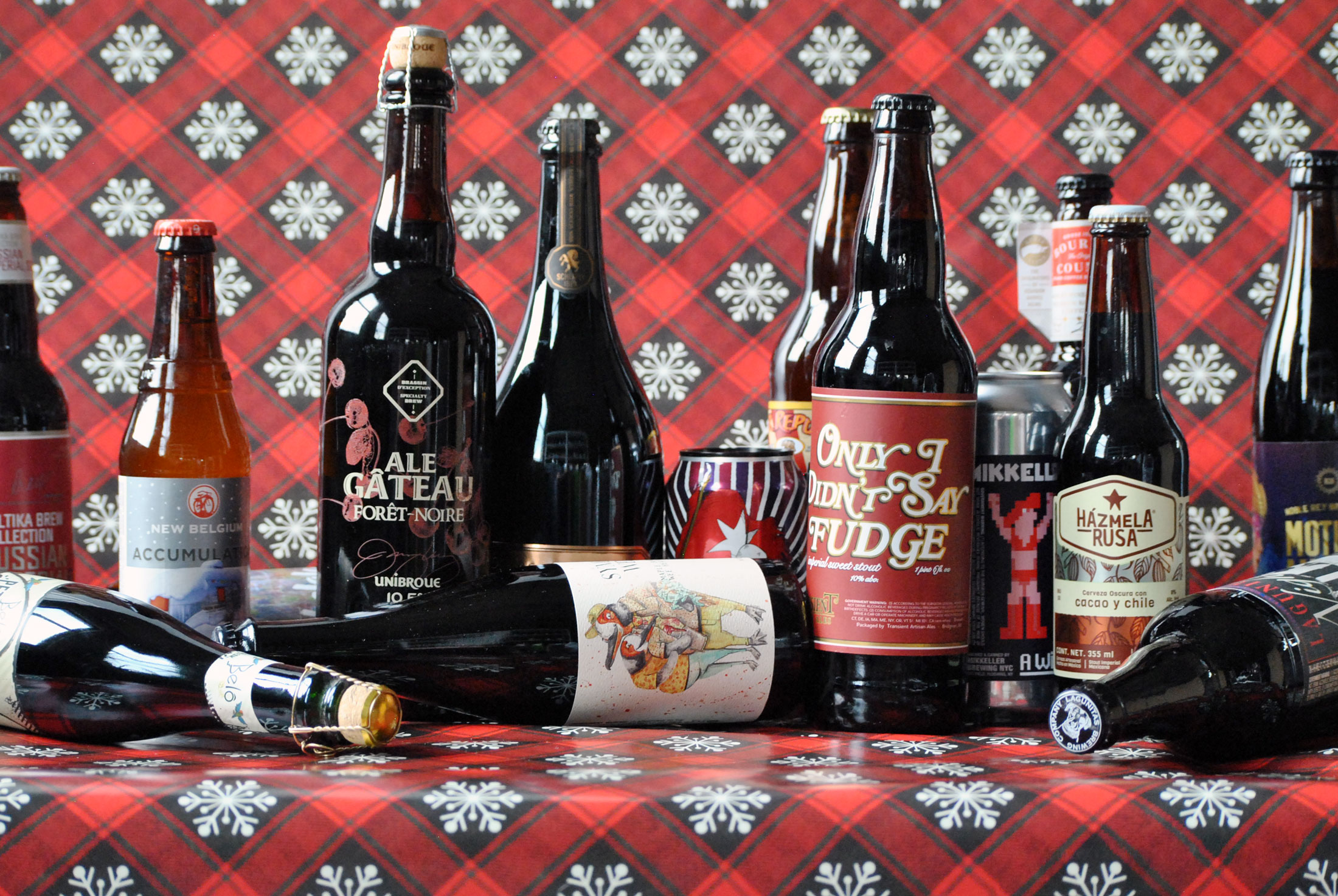 To close out 2018, we tasted through the following

Related Reads
Culture
15 Queer-Led and Queer-Supporting Breweries to Champion Right Now
Culture
How Precision Fermentation is Revolutionizing Craft Beer Technology
Culture
A Beginner’s Guide to Hop Blends: How BSG Hops Is Changing the Entire Hop Game
21 beers for December and rated them according to our very own interpretation of the BJCP scoring guidelines, on a scale of 100, listed in alphabetical order. We considered aroma, appearance, flavor, mouthfeel, overall impression and trueness to style.

This month, stouts ran the show, fruit additions were prominent, IPAs were few, and we even got some beers from both north and south of the border. Enjoy! 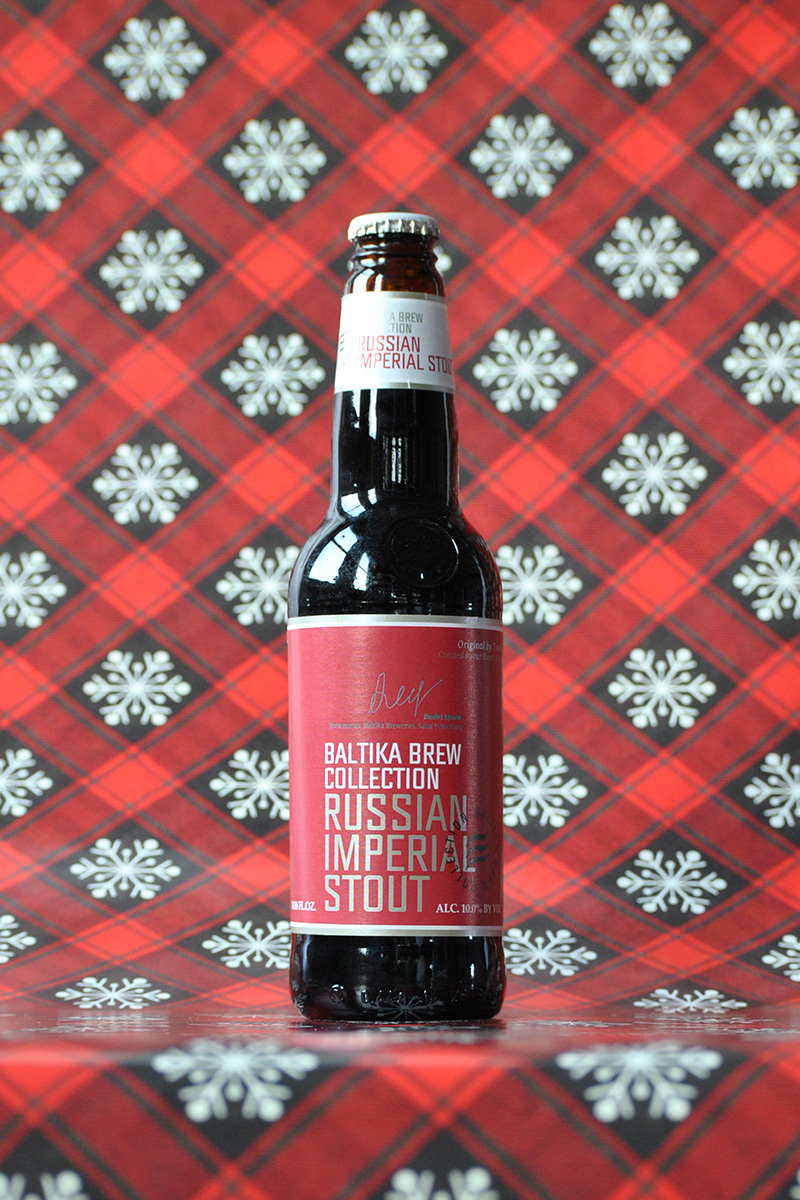 This is an odd one; it pours thick and at 10%, you’ll expect big flavor. It just isn’t there though, and the body and mouthfeel are light enough to be off-putting. Combined with a bitter, acidic taste and a perplexing bubblegum aroma, there are far better options out there at this time of year. 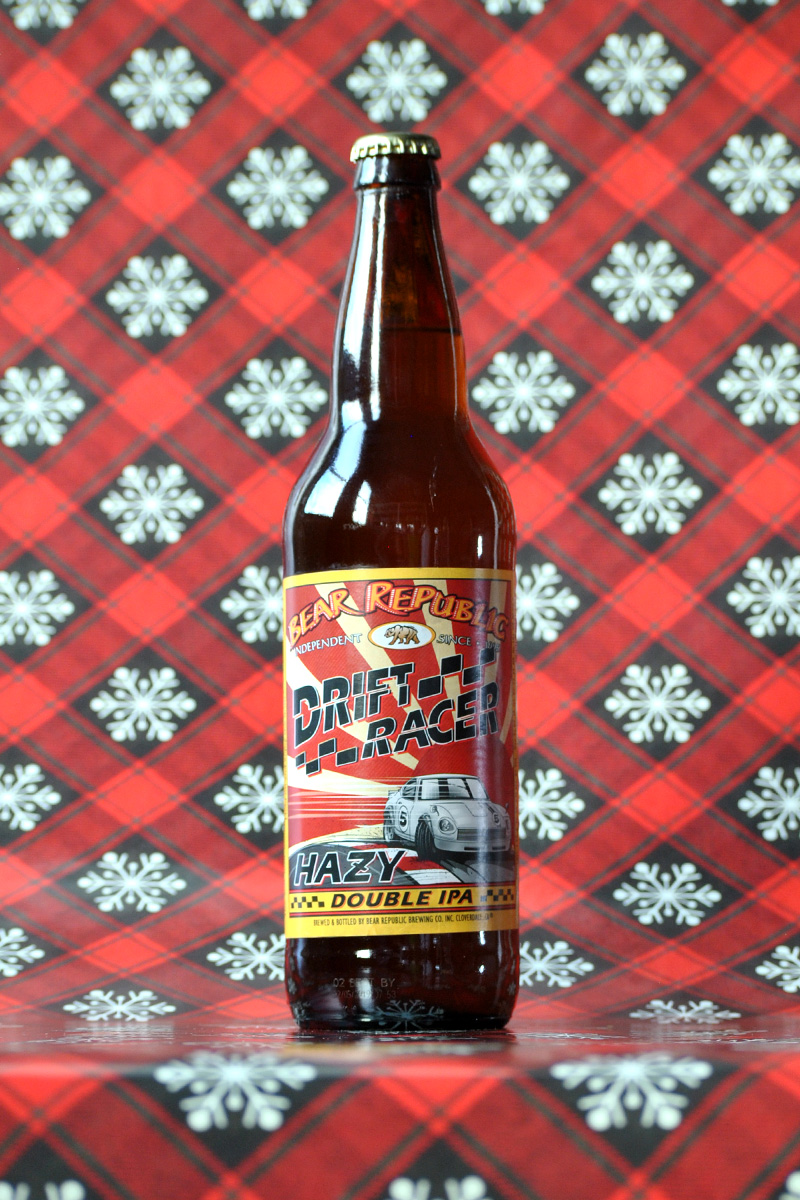 This is a hazy DIPA from a West Coast brewery renowned for their hop bombs. We expected something a little more subtle but this still showcases their west coast roots, albeit slightly easier on the back end. Bitter orange pith is the dominant aroma and taste, resulting in a beer you’ll want to sip. 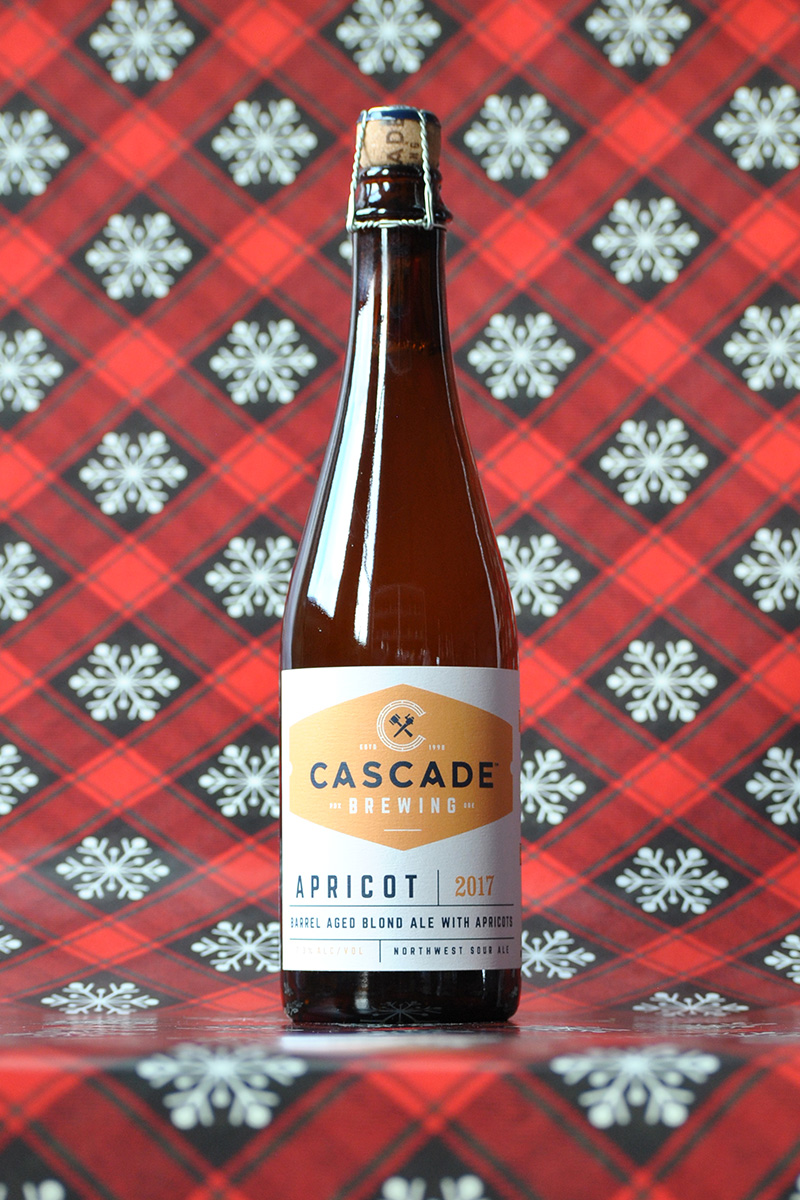 Cascade’s sours tend to be a showcase of exactly what it says on the label — in this case apricot. The aroma hits you right in the nose with a huge, very tart fruit acidity that is absolutely palate crushing in all the right ways. Definitely one you’ll want to split with a friend or two, but you won’t regret this purchase. 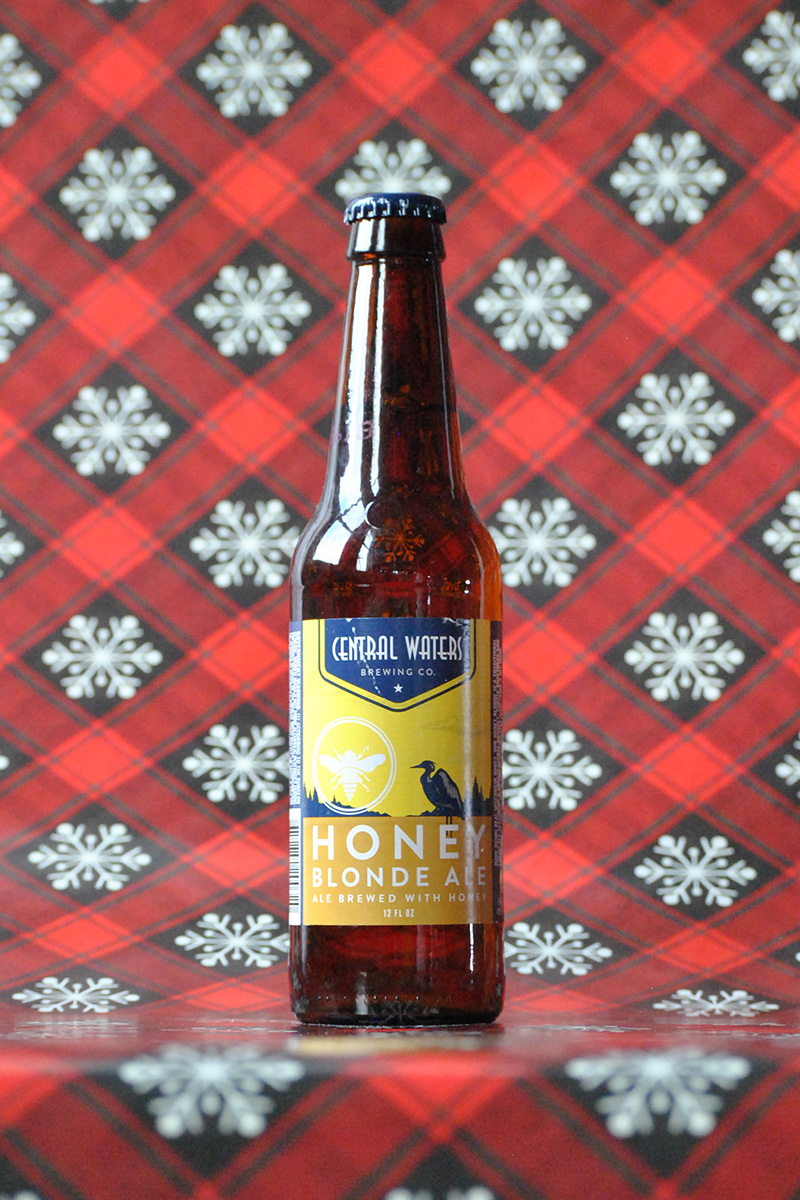 We’ll be honest, of the lineup this month, the ‘honey blonde’ wasn’t getting us revved up. However, this was a pleasant surprise for a style oft overlooked. It was a beautiful straw yellow with full, lacy head–and, despite the honey addition, wasn’t as sweet as you would expect. It was perfectly balanced, and a true example of the style. 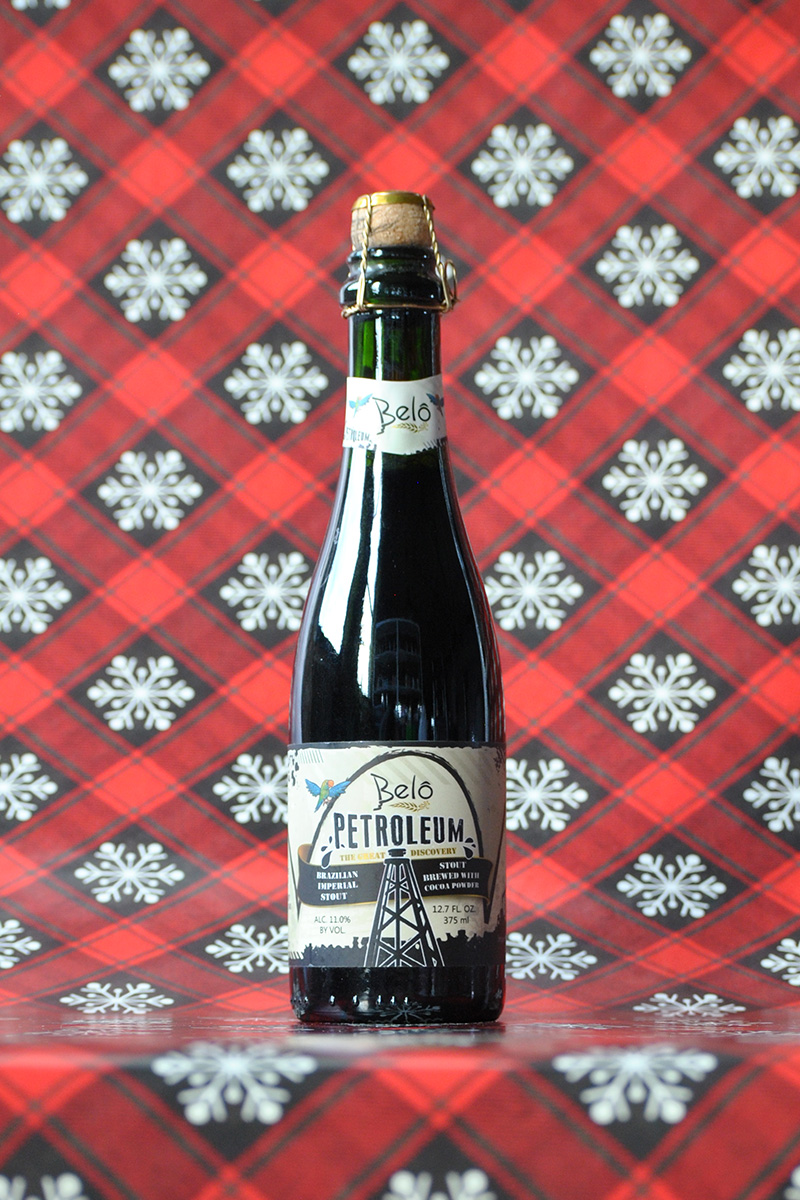 Our curiosity with this Brazilian stout was met with near immediate perplexion. While it certainly poured an obsidian, crude oil pitch black, the aroma was off-putting. It smelled plasticy almost. On the tongue, the cocoa did produce a dry, dark chocolate profile, but not enough to make up for its other downfalls, sadly. 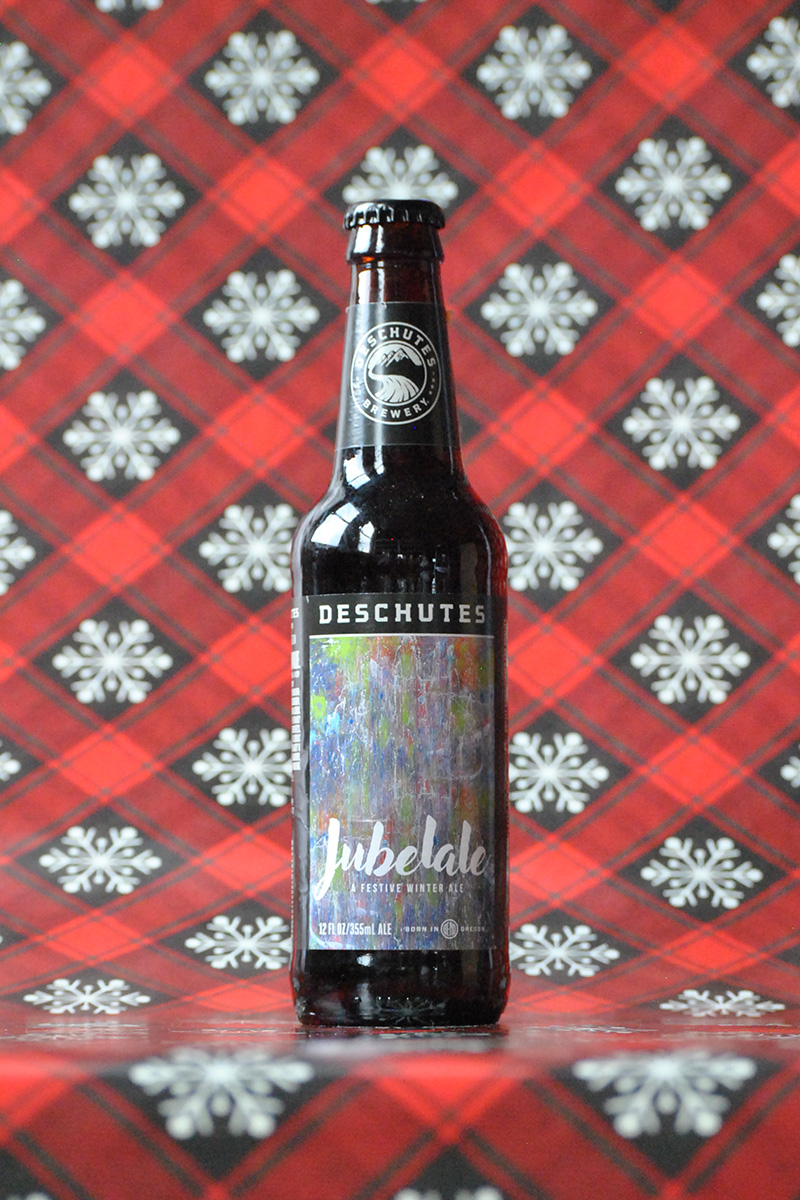 Spiced winter beers tend to be a love it or hate it thing for most people. Jubelale certainly features those flavors, though does prevent them from being overwhelming with a nice roast malt backbone. If this cold weather gets you hankering for this style, this is always a solid option. 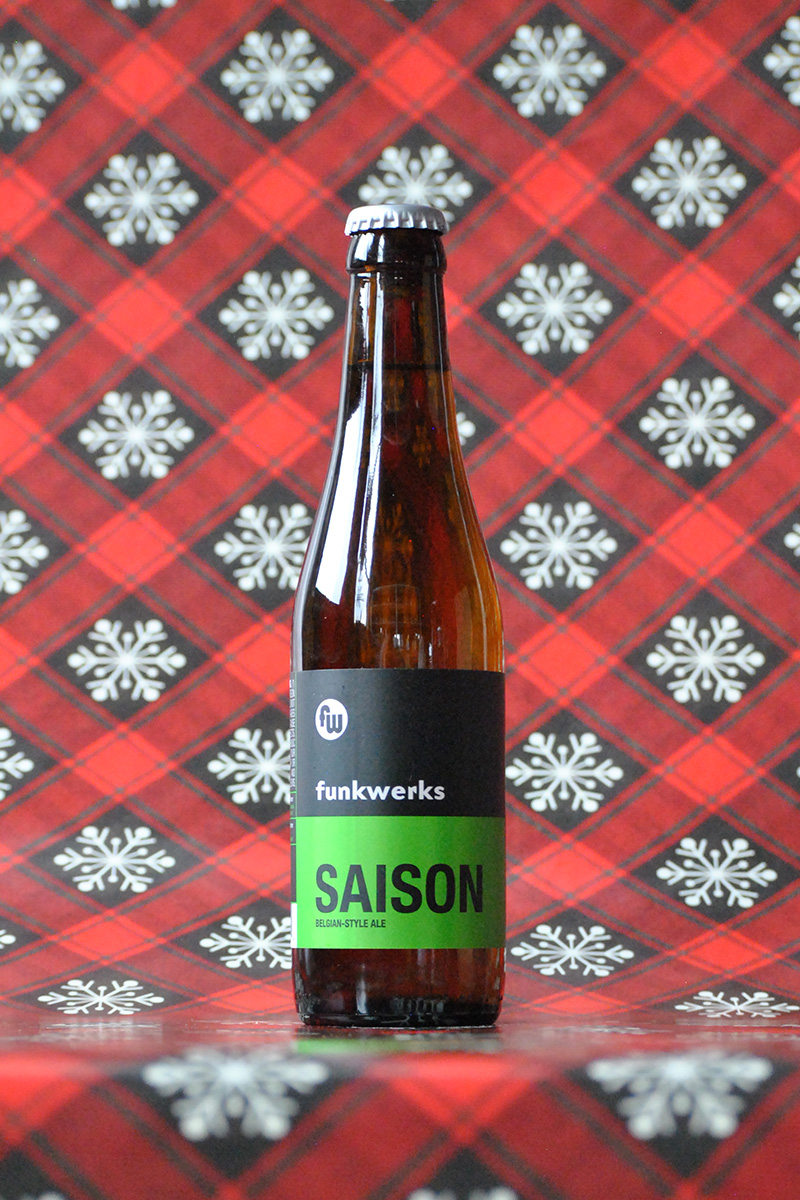 In a current beer climate where nearly everything is style + something else, this is a nice change of pace. The name really does tell all here, as we get a perfectly executed saison with absolutely no bells and whistles. Incredibly balanced, with just a hint of apple-like fruit character. A perfect change of pace in this lineup. 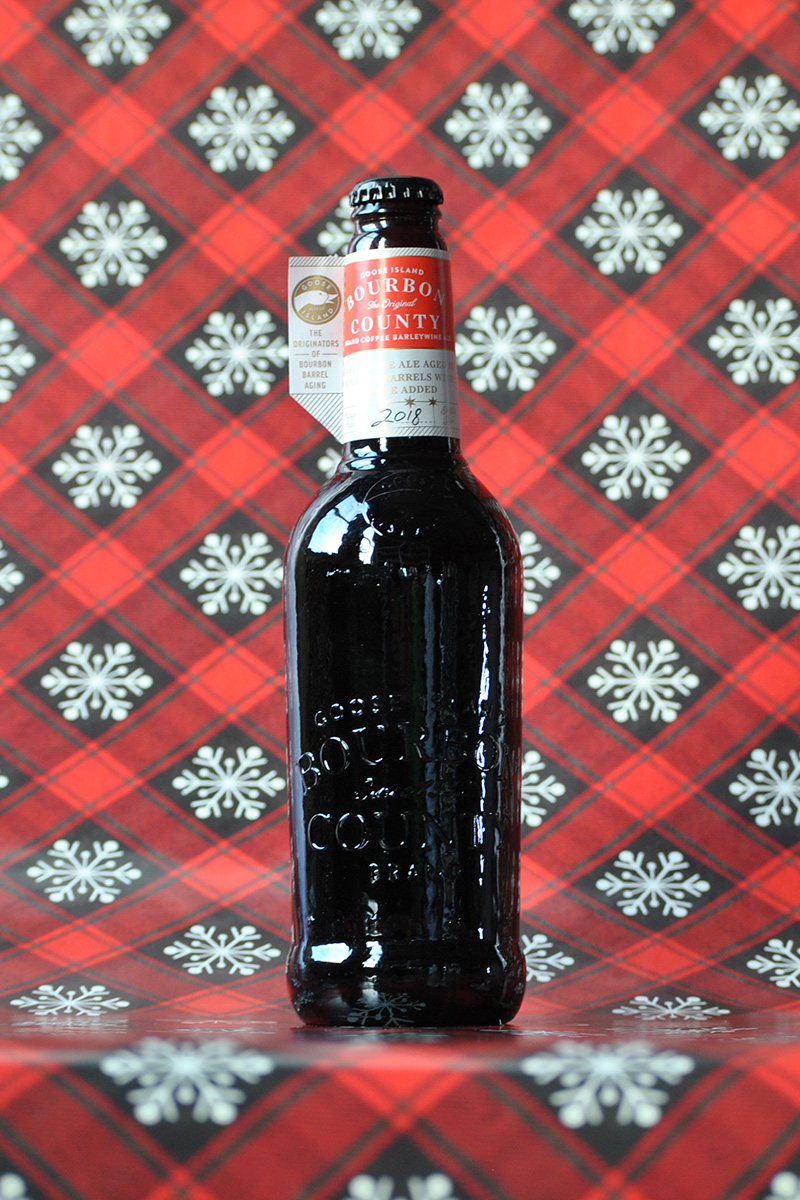 This year’s melding of Bourbon County crowd favorites Barleywine and Coffee Stout divided opinions among our group. The Guatemalan Intelligentsia coffee is bitter, sharp, and green, something that some may love, and others will detest. In the end though, it’s Bourbon County, and that’s rarely a bad thing. 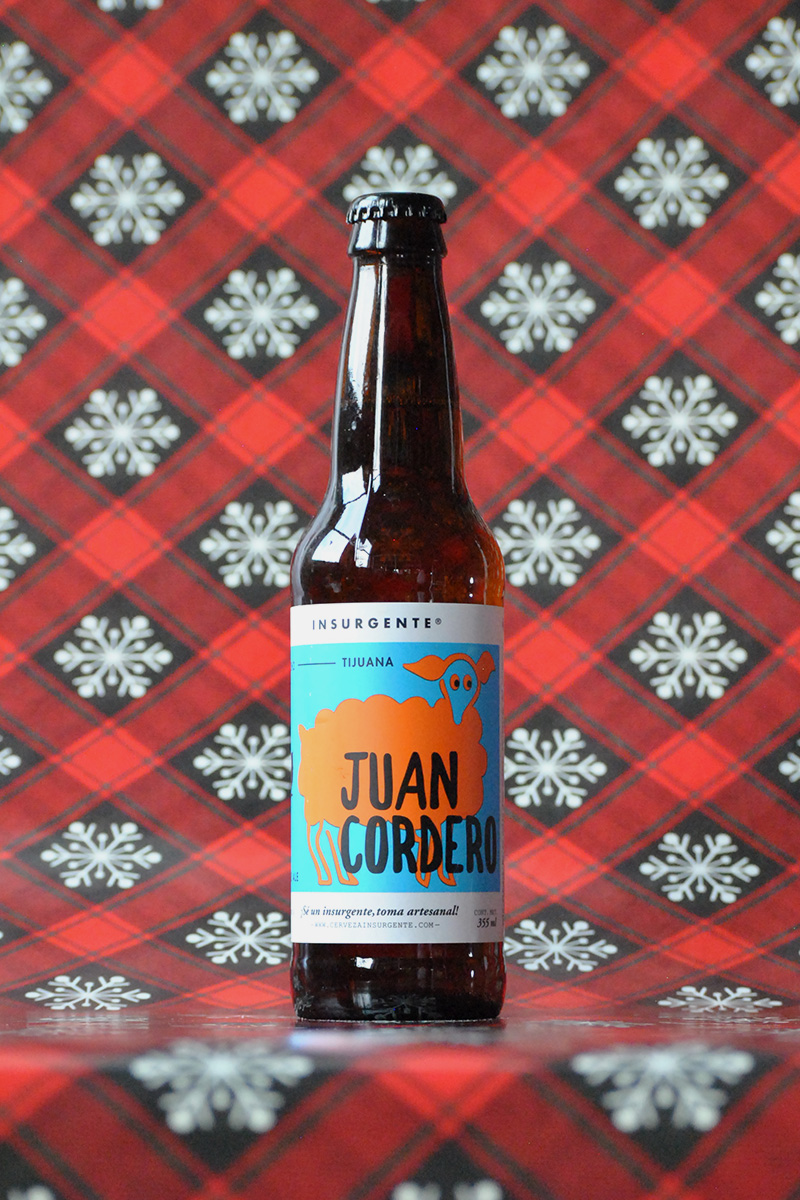 This AIPA from Mexico was a pleasant and approachable citrus sipper. With some prominent tangerine and some melon characteristics, it was fruity enough to refresh but not in a too-sweet manner. While it was a little light overall, it was an easily enjoyable version of the style. 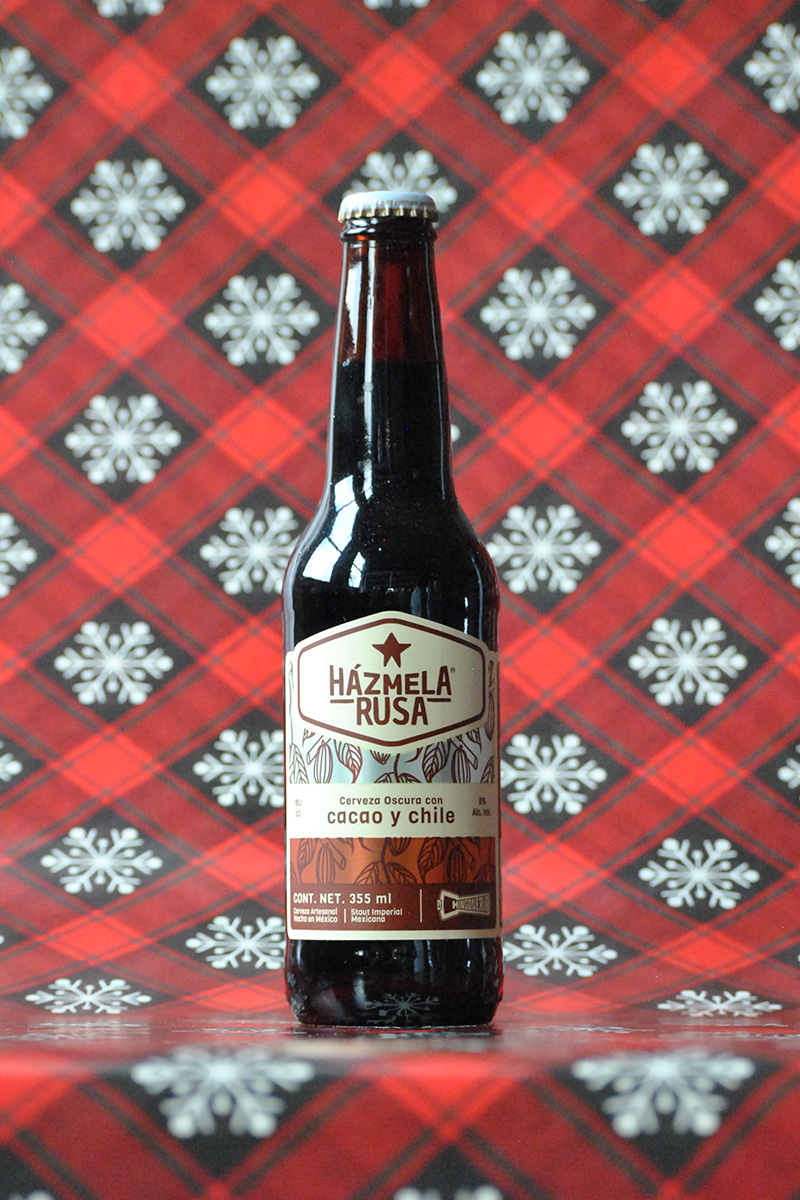 Another from our recent trip south of the border, this imperial stout paired cacao nibs and chiles for a contradiction in flavors. It’s bone dry and one or fans of molé or spiced chocolate, however the most surprising characteristic was its lingering metallic mouthfeel. 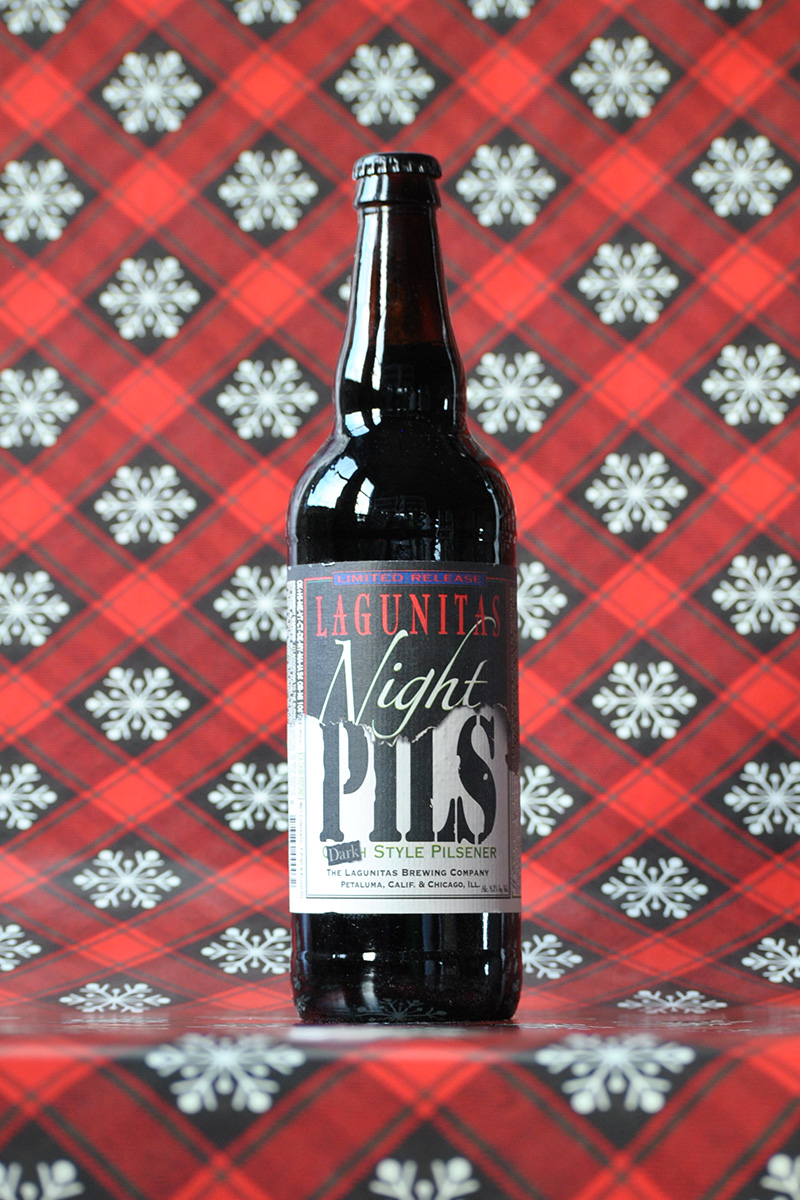 This is a polarizing beer and complete contradiction of styles. It initially reminded us of schwarzbier, but first sip smacked us with a hoppy bitter profile. Then, it got weirder. It was reminiscent of burnt popcorn…even a bit meaty like a grodziskie or rauchbier. This was all over the place, but it certainly grabbed our attention, albeit not for the right reasons. 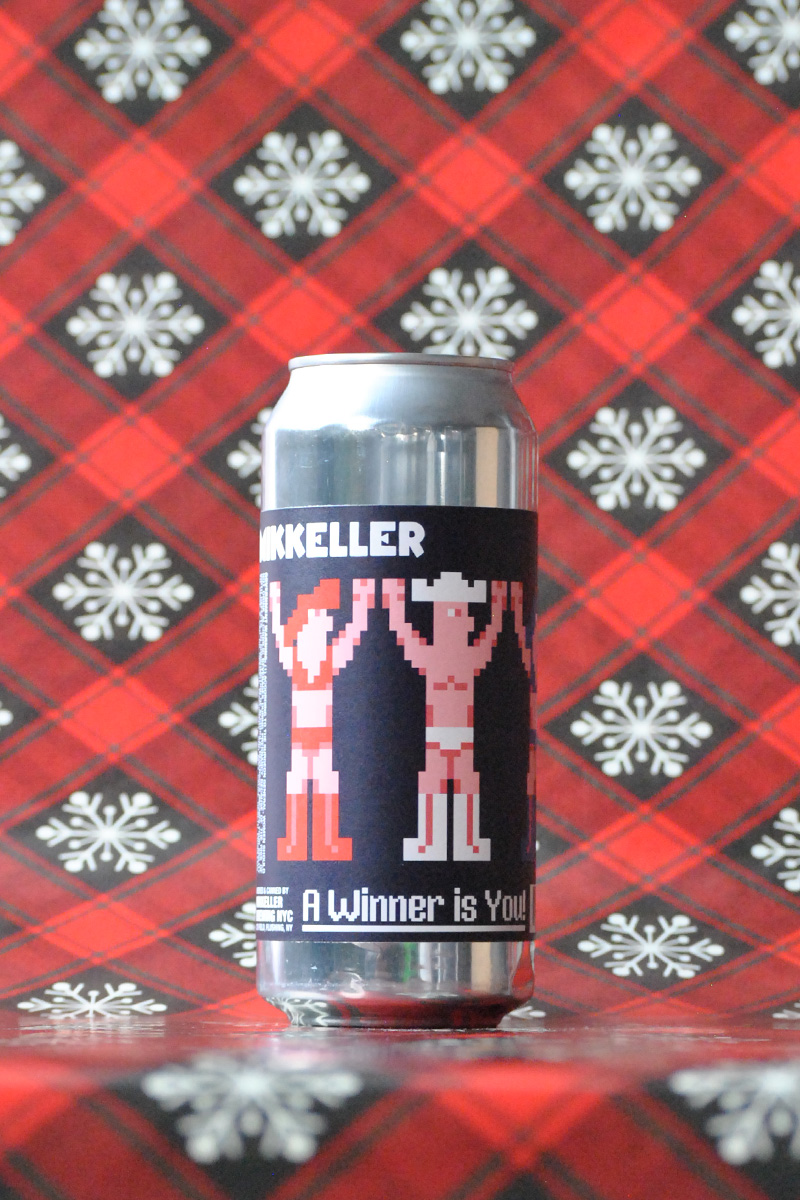 MIKKELLER NYC
A Winner is You!

This is a pale lager said to be made for gamers and we can see why. It’s about as inoffensive and unremarkable of a beer as we’ve ever had from the Mikkeller name (this one from the new Queens outpost) and we could easily see ourselves throwing back a few during long sessions of RDR2. In the end though, that low ABV and lack of any real hop punch make it easy to forget. 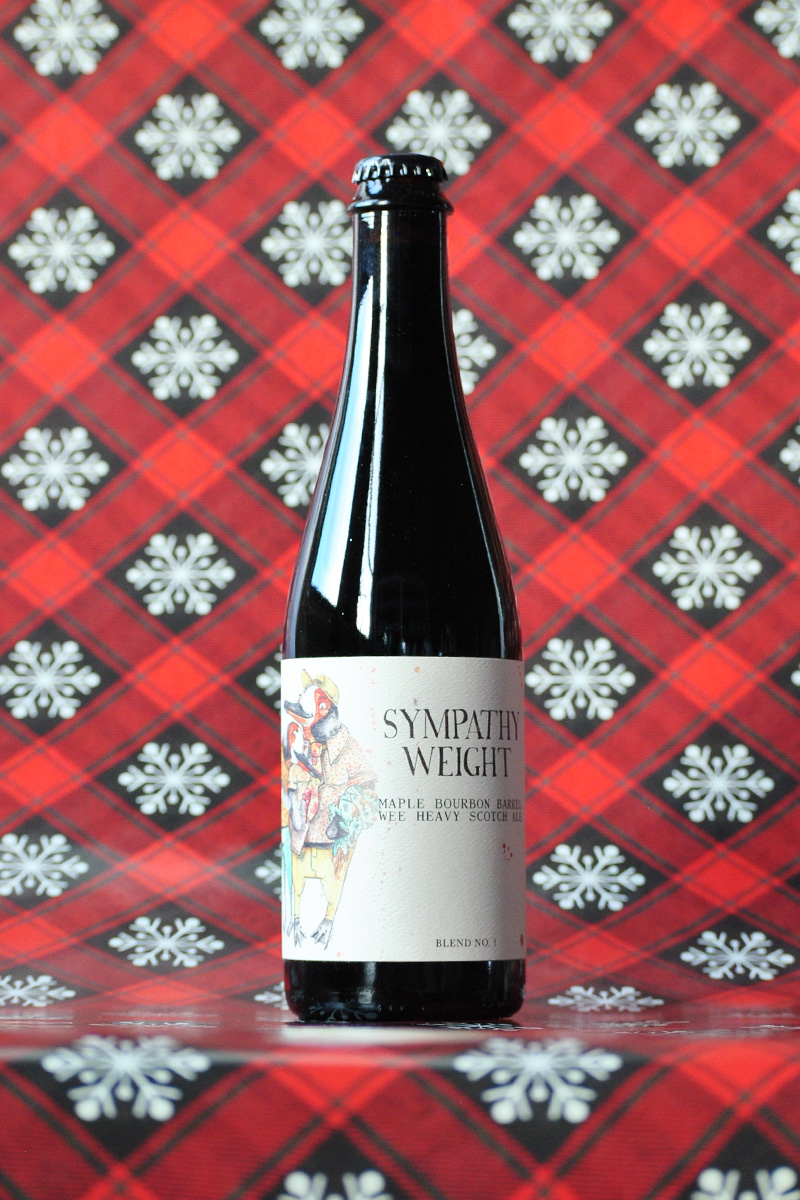 Monday Night’s barrel-aged beers continue to impress with this Wee Heavy Scotch Ale aged in maple bourbon barrels. The barrel character is pretty light here and the sweetness from the maple syrup is thankfully toned down to match the easier going base. Overall, a very nicely balanced and easy drinking twelve-percenter. 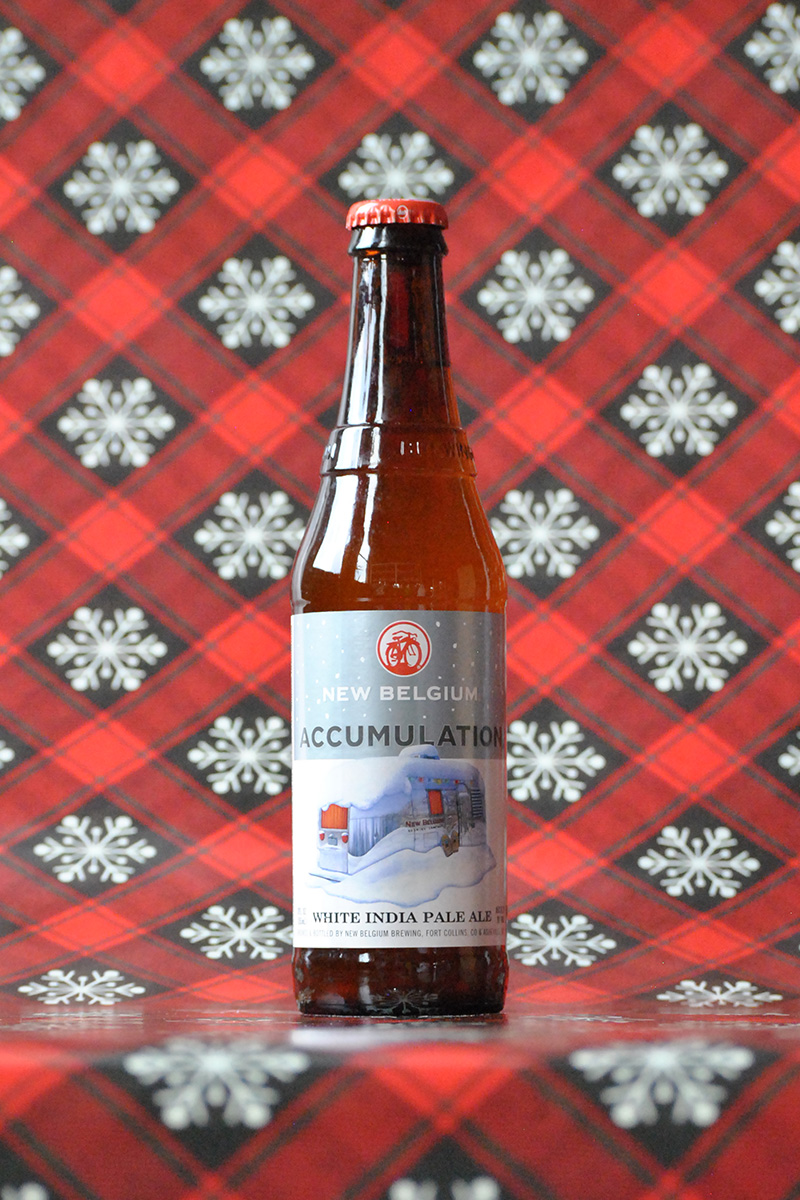 Accumulation pours a wintery white and doesn’t beat around the bush; it is exactly what it says it is, a white IPA. And, that’s alright, even if not terribly exciting. If a simple, mellow, milky soft ale is what you are in search of this winter, here you are. It’s a simple beer, that you might want to help break up all that stout drinking. 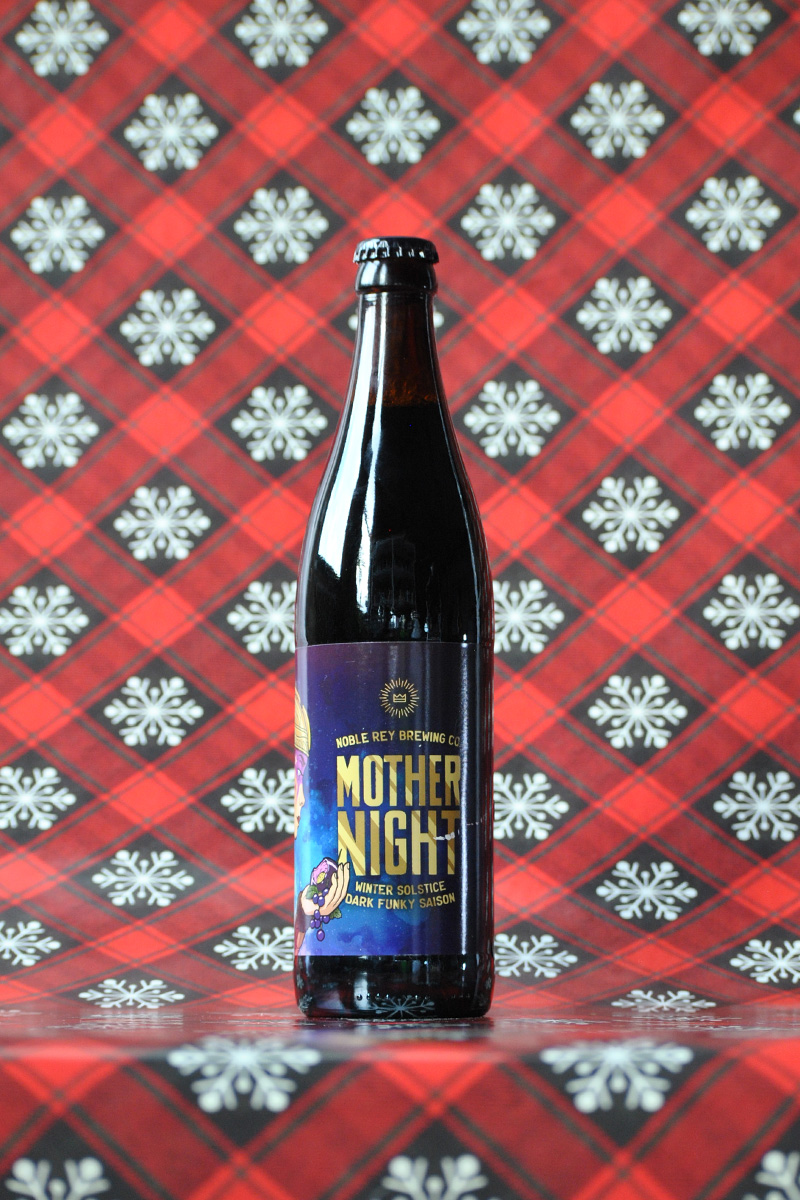 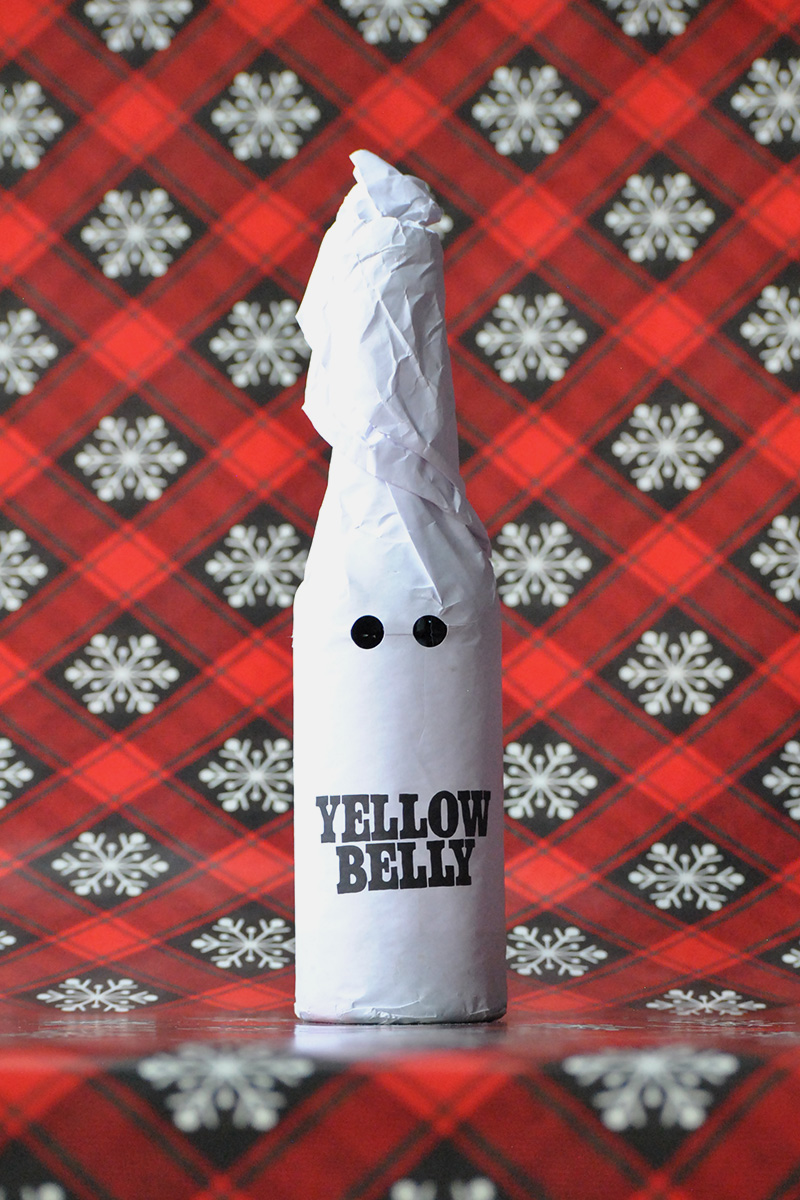 For whatever reason, we don’t see too much beer out of Texas, so this was a fun opportunity from Dallas. And what a pleasant surprise. Mother Night is a dark saison with just the right amount of funk, paired with plum and stone fruit notes. It drinks dry as you might expect, and finishes with that classic peppery tinge you want from a saison. This was a nice one that’ll surely have us keeping an eye on more from Noble Rey.

The packaging alone is enough to put one off of this beer from Omnipollo and UK’s Buxton Brewery; but they insist it is meant to poke fun at the Klan… In any case, this beer is a winner. It’s peanutty, biscuity and coffee-forward, giving it a distinct dryness, but it’s rounded out by enough chocolate character to maintain its decadence. Sadly, this beer will be harder to find after a recent cease & desist. But if you get the chance…drink this. 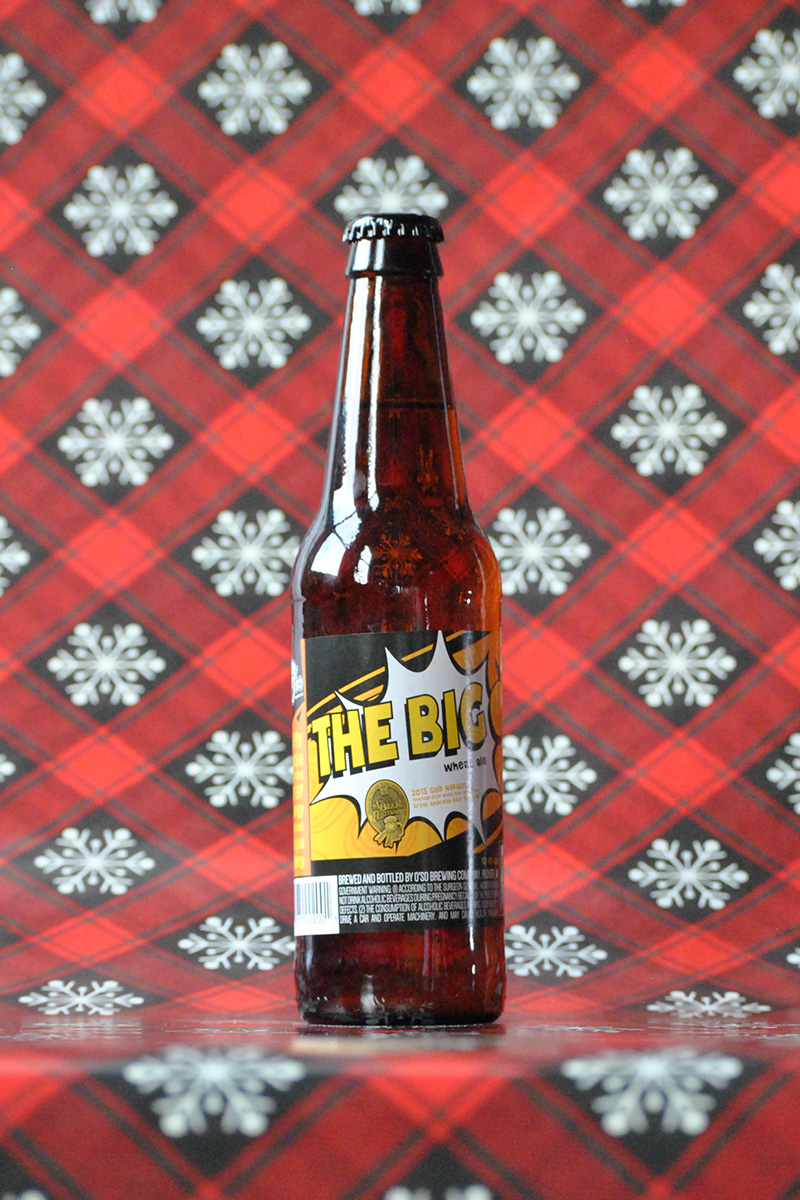 This won wheat beer GABF gold in 2015, something the brewery really wants you to know about. The orange zest adds a little character to a tried a true recipe, but honestly it’s about as easy going as it gets in the craft world. One you’ll drink a sixer of and then immediately forget. 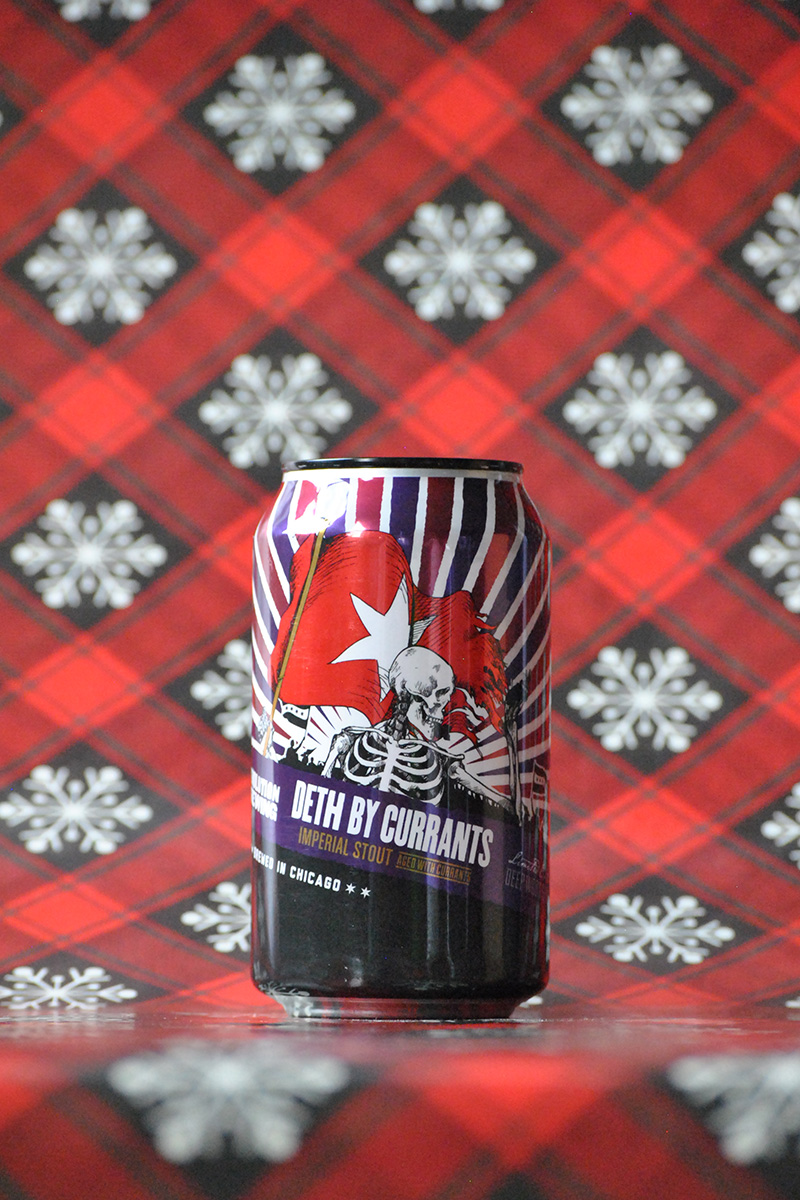 We’re always wary of flavorful fruits in big stouts but thankfully Deth By Currants toes the line incredibly well. There’s a little tart sweetness to add to the incredible vanilla bourbon backend we always enjoy in Rev’s barrel-aged releases. A pleasure to drink, though you’ll likely just want the one. 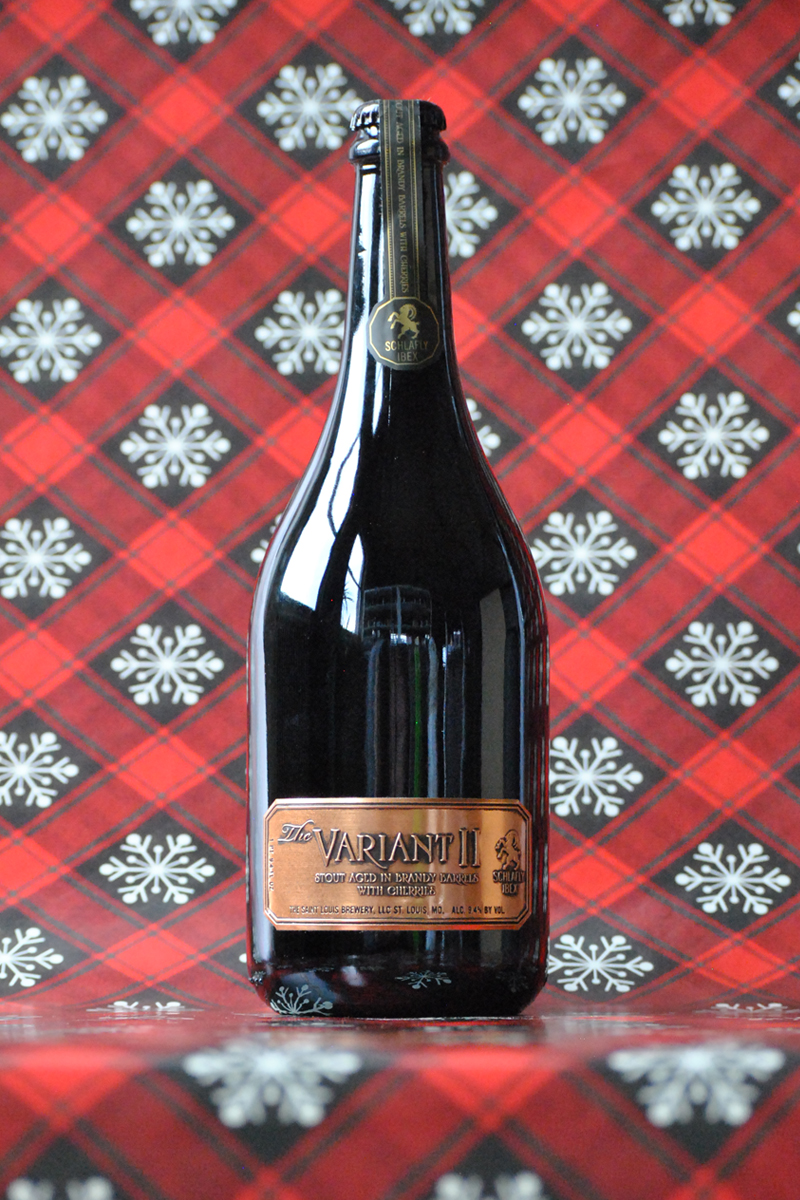 As part of The Saint Louis Brewery’s most limited release series, Ibex Rare, The Variant II is a follow up to their 2017 The Variant. While The Variant was an 9.4% imperial stout aged in port barrels with cocoa nibs, The Variant II is aged in brandy barrels for 6 mo. then with tart cherries for 4 weeks. It’s decadent, creamy and rich–like drinking a dessert–perhaps black forest cake? The only thing working against this beer is it’s slightly sweet lingering syrupy-ness. Still, not enough to contradict its better qualities. 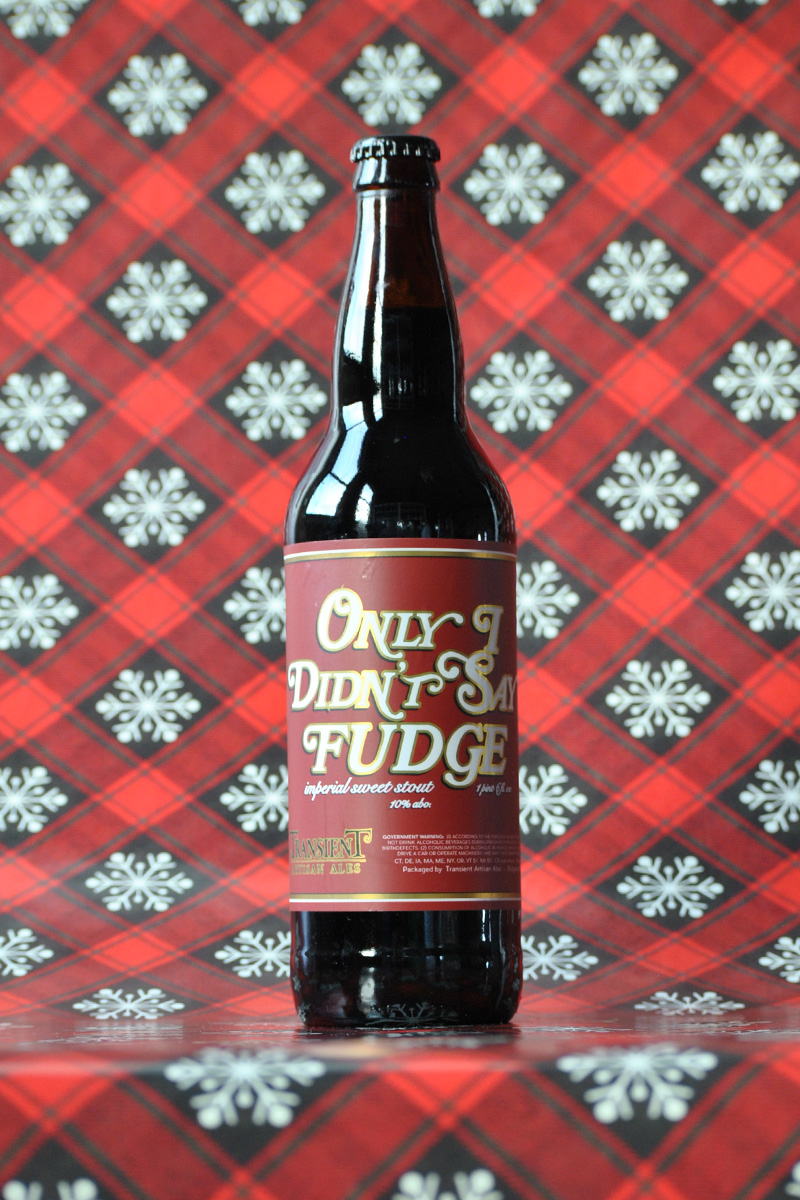 Don’t be fooled by this one from West Michigan. It’s an ‘imperial sweet stout’ with plenty of chocolate…just not fudgy, as the name implies. Rather, it’s got plenty of candy sweetness, like sugar coated chocolates (Snowcaps, anyone?). At 10%, we were hoping for something a bit more full-bodied, but were still left with a decent drinker fit for post holiday meals. 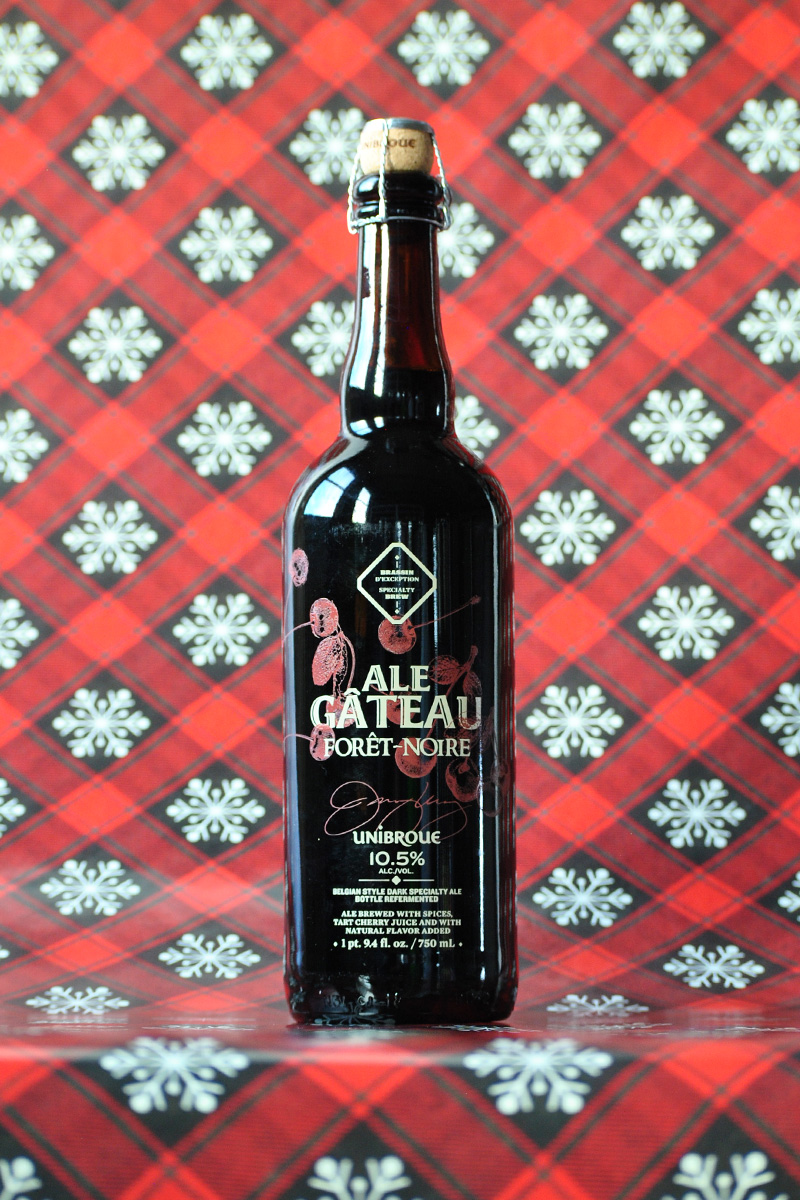 Not unlike The Variant II’s dessert-like qualities, this Belgian-style ale from Unibroue is sweet and full-bodied, almost aperitif-esque. It’s surprisingly yeasty and prickly with a somewhat cough-syrupy cherry flavor. This seems like a niche beer for folks who prefer something between fruited sours and malty dark ales.