Ah, Chicago. We unfortunately picked the hottest day of the year to throw Juicy Brews Art Gallery, our art-forward fest at Marz Community Brewing. Hazy IPAs might not be the most thirst-quenching beverages, but we had a blast partying with friends new and old while Hoof Hearted’s wizard/art director Thom Lessner curated the dance vibes.

There were some phenomenal beers pouring at the festival, but we happened to taste some excellent beer at Hop Culture HQ. Here are five of the best beers we drank from July 15th to the 22nd. Double IPA — Last week we raved about the extremely juicy King Jjjulius from Tree House. While it was an extremely delicious beer and a great representation of the style, we may have preferred Doubleganger. It was a slightly more cohesive beer, not as sweet and less hop burn than last week’s beer. And it’s another stellar example of why folks make the trek to Charlton, Massachusetts; few breweries can brew New England IPAs like Tree House. Sour Ale — Westbound & Down is easily one of the most exciting breweries to watch in Colorado, a state overflowing with superb breweries. W&D shares a space with Amalgam, one of our favorite sour producers in the country and that mutual DNA comes through in beers like those in the Grape Squad series. This recent lineup of wine-inspired sour ales features different wine grapes resulting in nuanced and complex beers. The Cabernet Franc edition in particular was tart and jammy with a beautiful funk note. Sour IPA — IOU Nothing was wonderful. A sour IPA from Discord Beer Co., a new brewery project from the founder of Foreign Objects, IOU Nothing tasted more like a fantastic spritz or soda than a traditional beer. It was sweet–though not overwhelmingly so–and lightly carbonated. Most of all, it was fun. I was certainly swayed by the delivery method, which included a nostalgic mixtape, walkman, and E.T. lunch pail, but the beverage alone was stellar. This is the type of beer that purists like to stick their noses up at, but it’s clear that Discord had a specific intention, wanted to strike a specific chord, and they succeeded. Pilsner — Yet again, we fell in love with a Brouwerij West can design. The presentation was spot on and the beer within was just as good. A collaboration between a few of our favorite LA-area breweries, Flying Beasts was a hoppy pilsner full of crisp, malty character and pleasant, bright citrus notes.

Comparison is the Thief of Joy Sour Ale — This might be my favorite strawberry beer to date. I’m always wary of beers made with strawberries but Resident Culture managed to extract the perfect balance of sweet and tart flavors in this beer. Perfect for late summer evenings and doubly perfect for a hearty cheese plate, Comparison is the Thief of Joy deserves to be shared with friends. Or enjoy that cheese plate by yourself; I won’t judge. 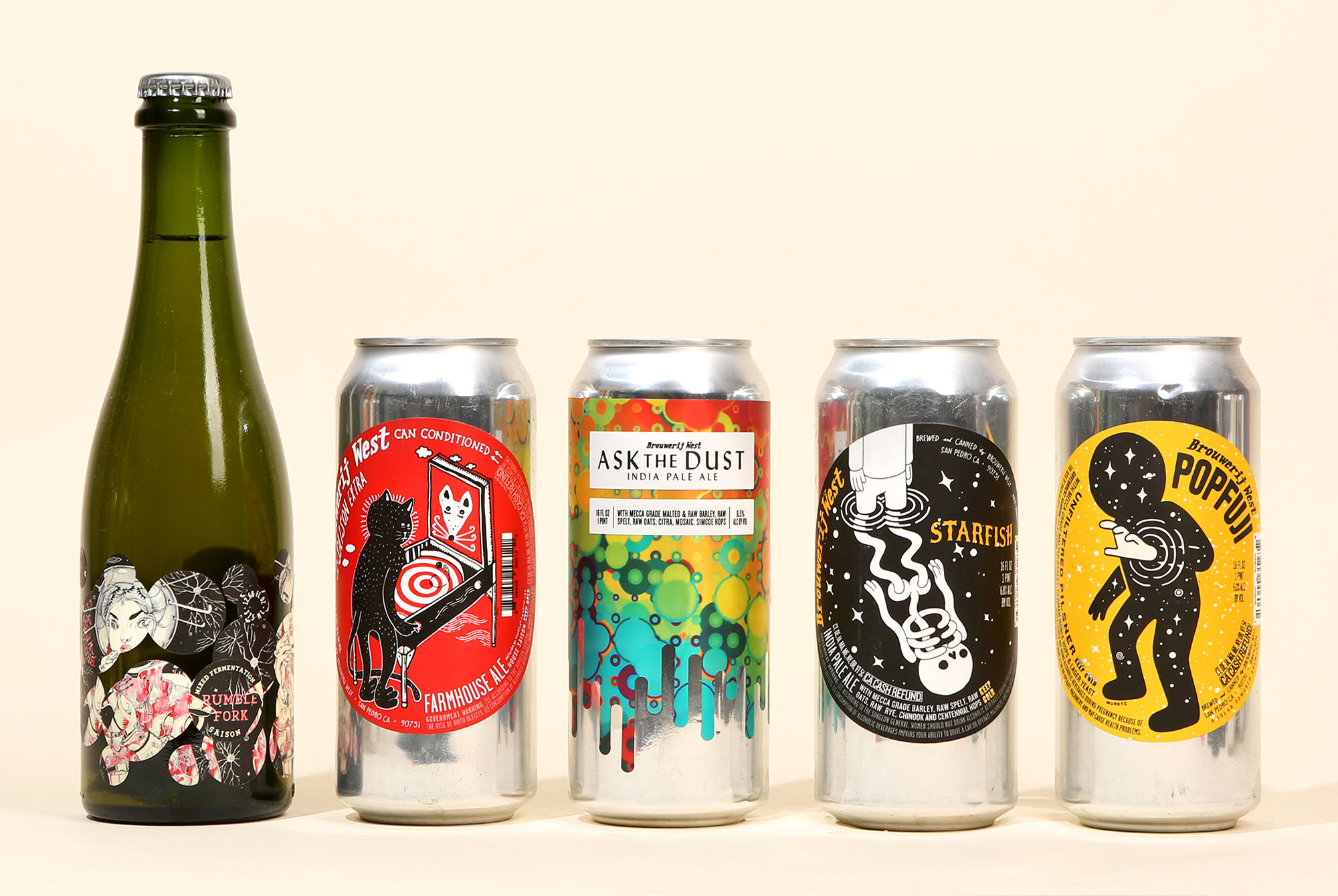