With the holidays fast approaching, the shelves of your local bottle shop are likely already laden with seasonal offerings. You might see the phrase “Christmas ale” crop up to describe the boozy, spicy brews inside those cans decorated with trees, holly, and winking Santas. But what exactly makes an ale Christmassy enough to bear the title on its label? The answer isn’t about spice or ABV–it’s about history.

A Style with Viking Roots

Christmas beers might seem like a marketing ploy created to cash in on beer lovers’ yuletide spirits, but in reality, they’ve existed as part of the holiday season for over a thousand years. Back in the 900’s, “Jul” referred to both the Vikings’ holiday season and the powerfully strong beer they brewed to go with it. This tradition persisted as time went on, even as Christmas replaced Jul celebrations and Vikings settled down into Norway, Sweden, and Denmark.

In the years following, the tradition spread across Europe, becoming popular in many places where beer was drunk and Christmas celebrated. Germany, France, England, and Belgium all have their own takes on a holiday seasonal brew. In Denmark, the yearly release of Christmas beer even sparks a country-wide celebration known as J-Dag (J-Day).

The first commercial holiday beers in America arrived in the early 1900s, though they were soon squelched by Prohibition. It wasn’t until Anchor Brewing Co. released “Our Special Ale” in 1975 that the style had its renaissance and began growing in seasonal popularity once more.

Today, many breweries offer seasonal holiday beers that fall under the Christmas Ale umbrella. According to a search on BeerAdvocate, there are currently 170 “active” entries for Christmas Ale on their site, the bulk of which come from the United States. Popular breweries like Sam Adams, Sierra Nevada, and Goose Island all offer seasonal holiday beers widely distributed and consumed across the U.S. Elements of a Christmas Ale

So what does Christmas ale taste like? Though the style isn’t truly standardized, most tend to have the same general characteristics: dark, malty, and high in alcohol content. Some contain spices like coriander, cloves, and nutmeg — likely a flavor callback to the British tradition of warm, spiced ale called Wassail.

A similar variety of beer, called “Winter Warmers” or “Winter ales,” share the seasonal stage with Christmas ales. Matt Swihart, owner and brewmaster at Double Mountain Brewery, says the distinction between these two styles mostly comes down to brewer’s choice.

“It’s really up to interpretation,” he says. “From a practical perspective, any beer sold after January 1 is a winter beer. The beer drinkers stop buying Christmas beers right after the new year.”

If you’ve never tried a seasonal winter beer before, or are looking for something new for your holiday table, here are our recommendations: A different take on a seasonal beer, this red-hued brew is a malty, caramelly, “IPA-like beer” spiked with a healthy dose of Centennial hops.

Currently Drinking: The Veil Brewing Co. Never Dead
Ashlyn Frassinelli is a freelance writer based in Norfolk, VA. When she’s not exploring the local craft beer scene she’s either cooking, eating, or taking care of her houseplant children. She likes her beer like she likes her cheese: strong, aged, and funky.
@frazzipan
@ashfrazz
Kentucky Christmas Morning is Christmas in a Bottle 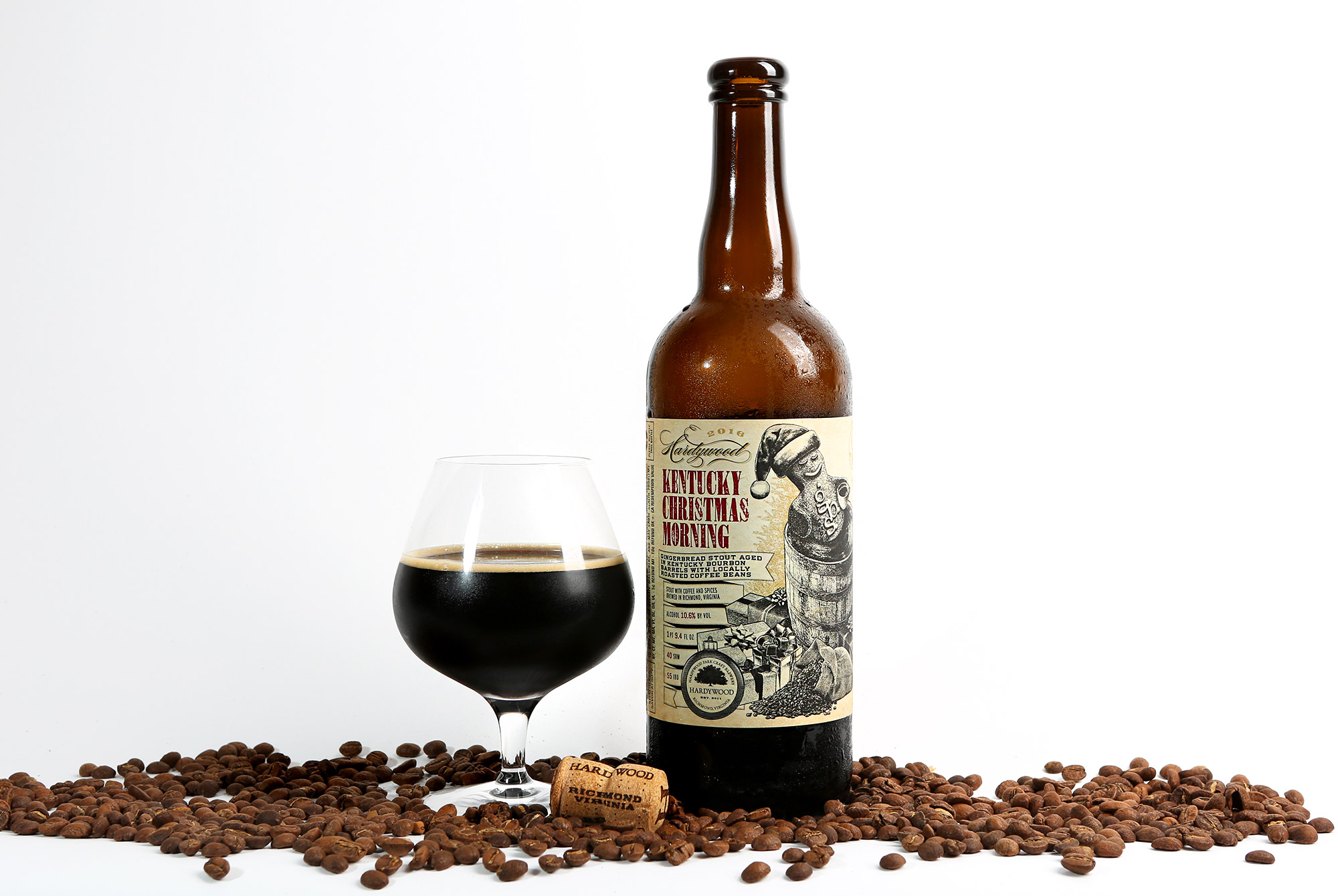