Everything You Need to Know About Coffee Beers 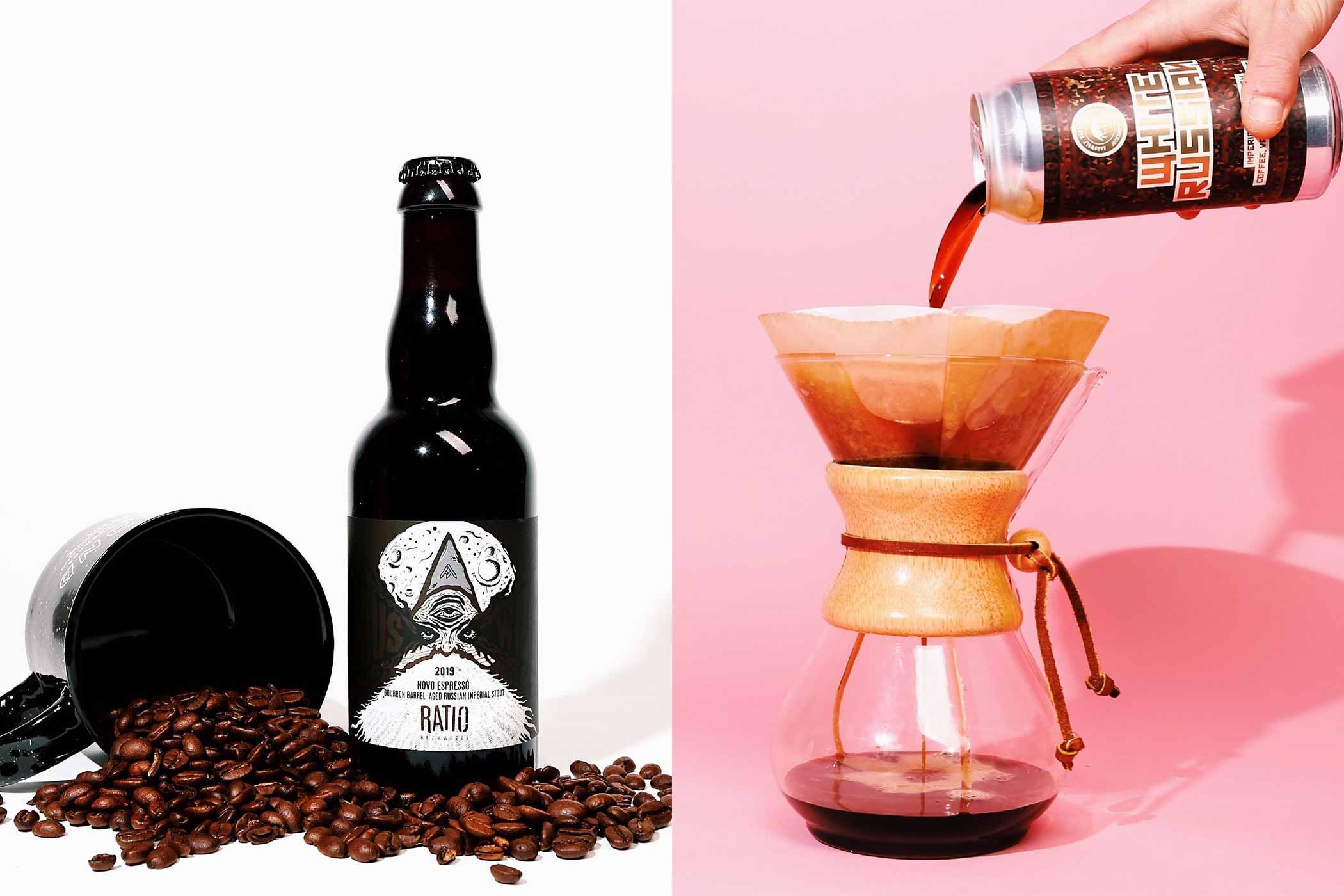 Photography courtesy of John A. Paradiso

Performing in Las Vegas in 1959, Red Skelton quipped, “I don’t drink this early in the day, but what the heck, it must be 5 o’clock somewhere in the world.” Technically, he’s correct. Figuratively, early day drinking, particularly when the sun’s still rising, is not at all recommended by science. Be like one of your billion fellow Earthicans, and reach for a cup of coffee instead of a tulip glass.

But after lunch, when you’re cruising for a second cup, you have a choice: coffee or beer? This chafing question has an easy answer: Why not both?

Beer and coffee go together like two things that shouldn’t go together at all: parmesan and dark chocolate; miso and ice cream; “nuclear” and “medicine.” But like each of these duos, beer and coffee make phenomenal bedfellows. At least on paper, they’re less offensive than other oddball food and drink combos. They have an established track record to back them up, too.

There’s nothing like a good coffee beer to warm up on bitter days or as a dessert alternative any time of year. Appreciating what separates good coffee beers from the bad ones, though, means understanding how brewers put them together in production—and where they got the idea in the first place.

The Grind Begins: The Origin of Coffee Beer

“First” is relative. Coffee beer could go back centuries and beyond, and we might not even know it. “Beer has been around for thousands of years, and coffee for hundreds at least,” Michael Oxton, co-founder of Everett, MA’s Night Shift Brewing, theorizes. “Gotta think someone tried combining them before the phrase ‘craft beer’ was even a thing.”

In the craft beer industry specifically, we can trace coffee beers to a more definitive but still slightly broad time period: The 1990s, the start of the craft beer boom.

Dogfish Head Brewery was an early adopter of coffee beer, courtesy of their Chicory Stout. People who know Dogfish Head are likely more familiar with Beer for Breakfast, the standout example of the style in their portfolio, but be that as it may: Chicory Stout came first.

Whether Dogfish Head made the very first (craft) coffee beer, of course, depends on who you ask. Hop Culture asked Derek Gallanosa, head brewer of Rocklin, CA’s Moksa Brewing Co, and he has another beer in mind. “The earliest use of coffee in beer that I can remember is Alesmith’s Speedway Stout, which dates back to the late 1990s I believe,” says Gallanosa.

Speedway Stout’s debut could also land somewhere in the early 2000s, which puts it after Chicory Stout. But time is somewhat irrelevant given that none of us can say for sure whether coffee beer predates craft beer.

What we can say is that coffee beer is a product of craft beer’s boom years and not a founding factor.

Buzzing Your Booze Or Boozing Up Your Buzz

We can say this, too: Whoever got there first, coffee beer was an instant hit, and the style has stuck around ever since.

A couple reasons why spring to mind immediately. The keyword in “brewing coffee” and “brewing beer” is “brew,” for one thing. Whether brewing coffee or beer, breweries brew. This is why handfuls of breweries have thrown their hat in the coffee ring as a supplementary offering to beer, roasting their own in-house beans to serve and sell alongside their beer.

The better reason is that coffee beers are wonderful and that drinkers and brewers both like them. Creative brewers have come up with any number of different approaches to coffee beer. But the best approach for anyone is the one arrived at through experimentation.

Gallanosa advocates for rigorous planning. “For adding coffee to beer, you have to design your process using a few variables,” he says, those variables being grind level, temperature, dosing rate, length of contact, and method of introduction (either bagging the coffee or pouring it loose into the beer). Gallanosa says there are “hundreds of combinations that a brewery can use” for making coffee beer when following these directions.

That’s the preparation stage. Actually brewing the beer takes a delicate hand, and the variables impact the brewing process differently based on how the others are used.

For instance, ground coffee alters extraction versus whole beans; their surface areas are distinct, and as a consequence, so are their extraction levels.

Temperature matters, too. “The higher the temperature, the faster the flavors will extract,” notes Gallanosa. “But you also have to be concerned about pulling out unwanted bitterness if your temp is too high.”

Brewers are an ingenious breed. For as many techniques as there are to make coffee beer, there are more to be discovered

But over at Night Shift, Oxton and his team go in the opposite direction, sticking with a tried and true philosophy. “I’d say there are seemingly countless ways of [making coffee beer],” says Oxton.. “[But] for us, there’s only one ‘best’ way – adding fresh, unground beans post-fermentation to a chilled tank, almost like you’re making a cold brew,” adds Oxton.

Coffee beer done right is fantastic, however each brewery chooses to make it. But the emphasis is on “right.”

Making coffee beer comes with cautions and guidelines. So when coffee beer goes wrong, it goes wrong. Talking to Oxton and Gallanosa gives the impression that screwing up coffee beer is easier than nailing it.

“The biggest challenge is probably balance,” says Oxton, speaking to what can kick a coffee beer out of whack. “Too much coffee, or if you let it sit for too long, and you risk bitterness or astringency. Too little coffee or time, and you don’t get enough flavor.”

Think about the dregs in the breakroom coffee pot at your office. Undiscerning sorts might toss back that last quarter cup left without a care. People who know their coffee, though, know the sting of coffee that’s sat out for too long, and they’ll know it in a bummer coffee stout, too. It’s one hurdle among others that brewers have to vault when they’re making coffee beers.

“You want to make sure the temperature of your beer is not too warm and that you’re not steeping the coffee for too long,” says Gallanosa, referring to that tainted coffee quality. Gallanosa likens the sensation to green peppers and jalepeños, ingredients that go nicely in salads, tacos, or burgers, but not in dark beers. Nobody’s figured out why this happens. They just know that it does.

“My theory is oxidation during the coffee treatment process creating chemical reactions to produce these compounds,” says Gallanosa. Scientific discoveries, good and bad, often happen by accident. Gallanosa ran into this problem himself making a stout with low dissolved oxygen; he mixed in some cold brew coffee from draft, and presto, he found himself with, in his words, “a pepper bomb.”

To Bean or Not to Bean

There’s another beer style associated with that word, “bomb,” and that’s IPA: juice bombs, hop bombs, and fruit bombs. All of these sound better than pepper bombs, and yet coffee IPAs are a rare beast in craft beer.

Coffee flavor profiles vary from bean to bean—just like hops—and they’re all well defined. The reason they play well with stouts and porters is that their profiles complement each other, and this is why coffee is so uncommonly used in other styles: Flavor incompatibility, especially with hoppier beers.

“Coffee is bold, fruity and (often) bitter, and so are hops, but in totally different ways,” Oxton points out. “It’s tough to make them harmonize. Hops are very often citrusy, and that’s a tough combo with roasty coffee.” Think coffee and orange juice—just doesn’t mesh.

“But I’d be ignorant to say it’s impossible,” Oxton says. “I’m sure there’s a brewer who’s made the coffee/hops combo work brilliantly.”

Gallanosa has tried beers from some of those brewers, whoever they may be; his perspective on coffee beer outside the realm of stouts and porters is more optimistic. “I’ve had coffee in IPAs and sours, and they work,” he says. “May not be what I want all the time, but adding naturally processed coffees to lighter styles can lend a fruity addition to the beer’s flavor profile.”

Gallanosa suggests medium roasted beans, Ethiopian in particular, for IPAs and sour blondes. He suggests never ever ever adding coffee to lighter beers. “If there was a style I wouldn’t want coffee in, I would have to say Pale Lagers,” says Gallanosa. “Leave those alone!”

Coffee Porter – For a percentage of Massachusetts craft beer dorks, Awake may be the first truly great coffee beer produced by a local area brewery. It’s not that the state, or its surrounding New England kin, hadn’t birthed good coffee beers before Night Shift made Awake, but more that Awake is such a strong example of how coffee and porter flavor profiles dovetail so well together in the hands of gifted brewers.

Coffee Porter – You can start off your morning right with fresh, steaming coffee and a plate dressed with bacon, pancakes, and maple syrup. Or you can start your morning wrong with this breakfast-in-a-glass concoction, courtesy of Funky Buddha. Your choice.

Coffee Stout – Connecticut doesn’t have much to recommend outside of, for instance, pizza, a handful of breweries that aren’t Fox Farm, and Fox Farm. Among Fox Farm beers worth recommending, which would be all of them, Ashlawn is one of their best writ large: A stout that delivers on the tension between coffee’s innate sweetness and bitterness.

American Coffee Stout – Homer Simpson likes donuts. Barney Gumble likes beer. Put the donut into the beer and you’ve got a combination that’ll make both of them the same amount of happy at the exact same time.

Imperial Coffee Stout – Hop-forward breweries have rotating hop series. Moksa has, or at least had, a rotating whole bean series. Jamaican, Panamanian, Vietnamese; Moksa’s coffee supplier, Mostra, hooked their brewers up with top-notch beans and they made the most of them, highlighting nuances in flavors distinguishing one appellation from the next.

Coffee Porter – Be warned: This delicious brew drinks like a 5% ABV beer but clocks in at 7.5% ABV. Pace yourself. Savor the extra sweetness imparted by the coconut, which by the miracle of excellent brewing doesn’t throw off the beer’s base sweetness. It’s the level of carbonation that gives the beer the impression of lightness, but don’t let that fool you.

Coffee Vanilla Blonde Ale – Hey, this is not a test. This is rock and roll. Time to rock it from the stouts and porters to the blonde ales. Remember: Not all coffee beers need to be dark, though when you add “dark” to light-hued beers, the resulting brew is missing a bit of visual luster. No matter. Good Morning Vietnam isn’t as bright as other beers in the “blonde” category, but it’s just as refreshing and as crisp with a lovely added sweetness.

Coffee Stout – Remember: There are as many ways to make a coffee stout as brewers can discover. As such, not all coffee stouts are made equal. Ozark’s Onyx Coffee Stout presents roastiness first over more complex intertwining coffee flavors, which makes it a terrific warmer, but boasts a creamy body that, for those of us who take their coffee with milk, evokes the experience of drinking cold brew laced with dairy.

Currently Drinking: Trillium Brewing Double Dry Hopped Sleeper Street
Boston-based culture writer Andy Crump writes about film, television, beer, and music for too many outlets to list. You can follow him on Twitter and find his collected writing at his personal blog. He is composed of roughly 65% craft beer.
@agracru
The Best Brewery Near Every NFL Football Stadium 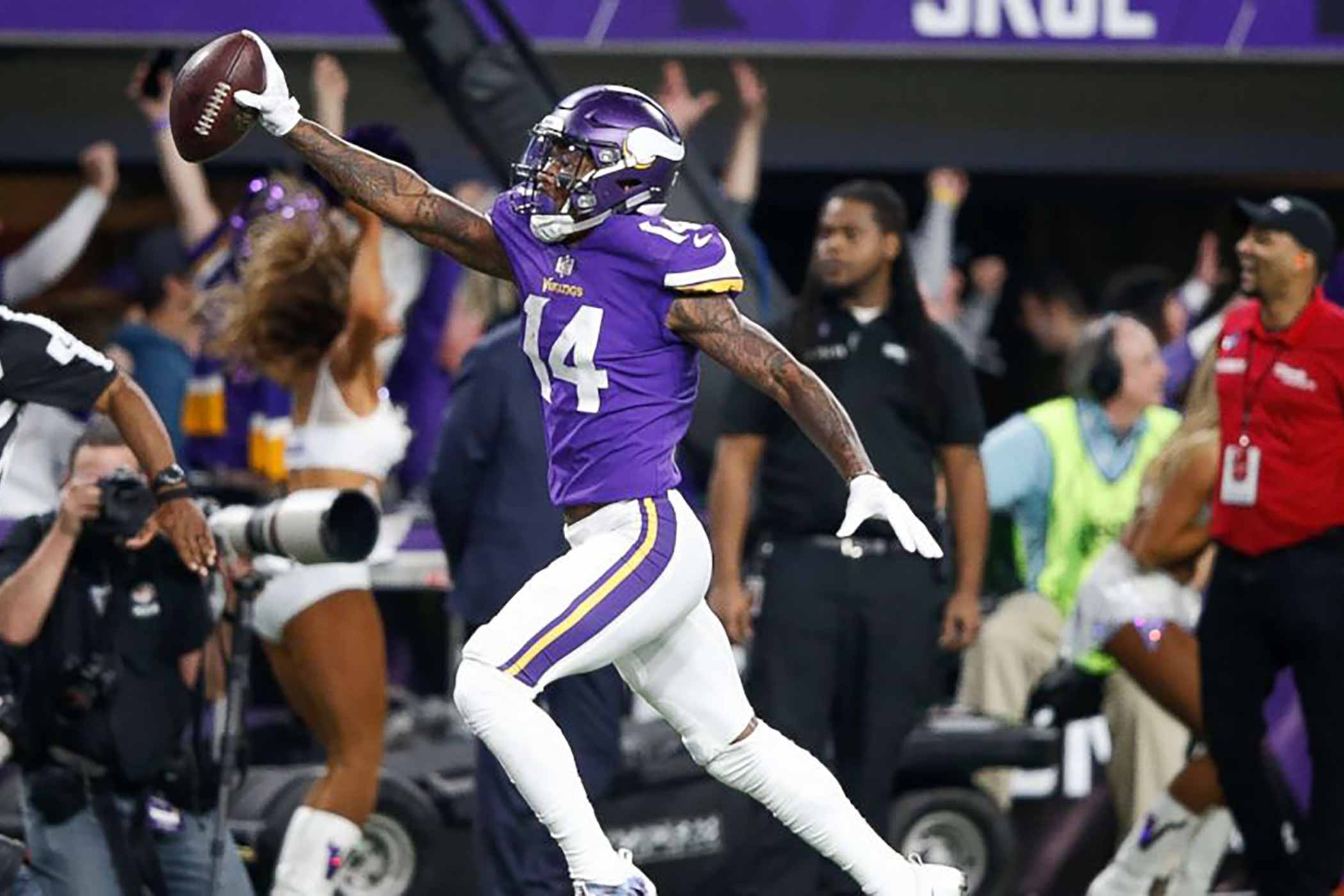