Back in 2018, a Gallup poll tallied the U.S. drinking rate at 63%, and found that of that 63%, 42% of American drinkers prefer beer to all other forms of alcohol. That’s a lot of frosty ones imbibed annually.

But a study released by the National Coffee Association in February this year shows that beer has competition as America’s favorite beverage: 64% of Americans start their days or cap off their dinners with a cup of coffee. Beer and coffee serve strictly different functions; coffee is gas in the tank for rising and shining, while beer is a sudsy reward for slogging through 8 hours at the office. But for their differences, they have one crucial characteristic in common: Both are brewed.

This is why brewery patrons may start seeing more of their favorite breweries packing a selection of specialty coffee brands alongside IPAs, pilsners, and wild ales.

“We’re brewers, and coffee is brewing,” says Michael Oxton, co-founder of Everett, MA’s Night Shift Brewing. When Oxton opened Night Shift’s doors with fellow founders Rob Burns and Mike O’Mara in 2012, they had beer alone to sell. Fast forward over the next 7 years and Night Shift’s identity has expanded: Food trucks are staples of the original taproom, and their new location at Lovejoy Wharf features a scratch kitchen alongside their experimental brewhouse. In that setting, coffee makes sense: “It just adds to the overall environment.” Half an hour south of Everett in Norwood, Percival Brewing Company’s Filipe Oliveira shares Oxton’s philosophy, emphasizing the “craft” in “craft beer.” “We definitely want to create synergistic offerings,” says Oliveira. “When you come to the brewery, if you’re not a beer consumer, you can try alternative craft products.” That means jams, pickled products, cheese, charcuterie, and coffee sold through Kahfee Roasting Company, Percival’s complementary coffee brand. In Oliveira’s experience, customers want alternatives to macro brand products, and he’s eager to oblige: “People want to see that you’ve created this thing from scratch.”

Independent breweries give patrons greater access to the product combined with increased education on how the product is made; it’s not uncommon for brewhouse equipment to sit in plain sight where customers can marvel over it, and it’s a basic expectation that employees can speak to the brewing process and individual beer styles for their customers’ elucidation. That applies doubly to coffee.

“One of the things that we learned during our 8 months of testing,” Oliveira muses, “is the fact that a lot of people didn’t know where coffee came from.”

It may come as a shock that Americans, given how much coffee they drink every single day, don’t know much about coffee origins, or how coffee is cultivated, processed, and roasted. But for breweries dipping their toes in the world of coffee, origins are essential.

“There’s no doubt that the importance of origin in coffee is everything,” says Brayden Volk, Operations Manager for Marengo, Ohio’s Hoof Hearted Brewing. “It all stems from there.” Volk likens coffee to wine–the environment that beans grow in and how they’re handled has a direct impact on the development of coffee’s flavors, and how those flavors can be altered in the roast. Volk’s wine comparison is apt, though, according to Jesse Vadala, General Manager for Hudson Valley Brewery, coffee is “something like 900 times more complex than red wine” by scientific measure. That may sound intimidating, especially in a tasting setting, but Hudson Valley’s approach to taste is straightforwardly personal: Their tasting notes outline the flavors the coffee reminds them of while inviting patrons to do the same, no pretense, no rules, no right or wrong answers. Given the scope of coffee flavor profiles, and given that these profiles tend to be malleable, this makes sense.

“We’ve got a lot of room to grow with what we do with coffee in terms of extracting flavor from it, growing it, modifying it,” Vadala explains. Oxton, driving the point home, reflects on his experiences cupping with Rob Rodriguez, Night Shift’s Head Roaster, and Rose Woodard, their Head Barista, both formerly of George Howell Coffee: “These two guys know so much about coffee, and cupping with them is insane because they pick out a whole journey of flavors.” He recalls the pair detecting hints of dried mango, plum, and even persimmon in their coffee, and being blown away by the breadth of not only their palates but coffee’s potential flavor profiles. This isn’t dissimilar from the breadth of flavor profiles to be discovered in beer, but, like wine, coffee has beer beat in that department, which makes it a great enhancer for beer styles ranging from the standards—stouts and porters—to the unexpected.

Every craft beer aficionado has tried their fair share of dark beers augmented by coffee, but what about a Berliner Weisse?

Volk cites a collaboration Hoof Hearted did with the folks at Other Half Brewing, El Camino Misfires, a Berliner Weisse made with vanilla, strawberries, and Hoof Hearted’s coffee; they used Ethiopian yirgacheffe beans for the brew, because, as Volk puts it, “maybe this would be an interesting combo considering the rest of the ingredients that were called for in the beer.” He describes the results as tasting like a “raspberry cookie pop,” which sounds equally as delicious as dangerous, even for a beer clocking in at just 3.80% ABV. The flavor combinations in mixing beer and coffee are endless, and also occasionally weird, and this perhaps is the biggest draw to roasting coffee in-house. But with those possibilities come challenges. Finding room for roasting equipment in a brewery isn’t always easy; it doesn’t come cheap, either, “Space and cost can be a factor when starting,” says Bartleby Bloss, head brewer for Modern Times Beer. Going from cheaper to heftier roasters means forking over upwards of $50,000, and that doesn’t touch on the price tags for carving out room for a cafe or hiring staff to run and maintain it. (Modern Times, it should be noted, had the fortune of infrastructure and resources that allowed them to scale production quickly.)

To Bloss, the trick lies in the roasting process.

“There will be a learning curve when you are starting out if you do not have staff that’s familiar with the product,” he affirms. Coffee and beer do share similarities, but coffee is a unique science-cum-artform in its own right. For Oliveira, that requires self-education on the process; coffee roasting isn’t a strong job market, per se. “You can’t really recruit somebody that knows about coffee roasting, so you almost have to take it on individually as a hobby,” he says. Percival even created an internal training program as part of getting their coffee operations underway. Without that level of preparation, folding in-house coffee production into the day to day of craft brewing becomes nigh-impossible. The financial and logistical sides of coffee roasting represent very real hurdles for any brewery hoping to elevate their beer production with coffee production. But the hurdles are worth overcoming. Success in one doesn’t necessarily correlate with success in the other, but the benefits of adding coffee to brewery menus are myriad: Apart from the obvious upside of having outstanding coffee on hand to brew with beer, roasting coffee can actually change one’s perspective on brewing beer, too. The better the coffee sold, the further the quality of the beer is pushed to match the quality of the coffee. Most of all, brewing coffee simply means creating something special, and that’s what independent brewing is all about in the first place.

The Best Coffee in The Triangle, NC 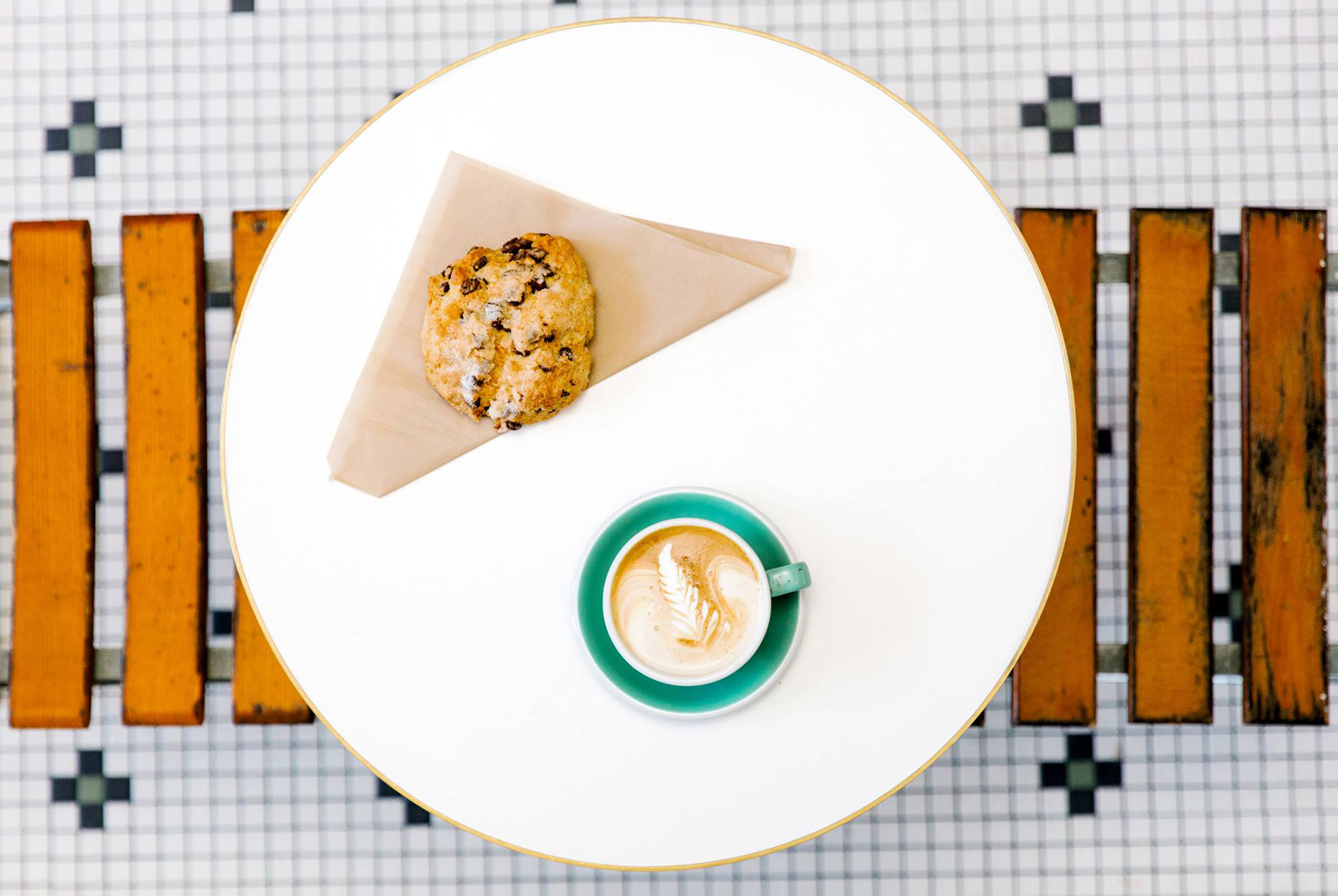