We Teamed Up with Horus Aged Ales for the Horus HOOTenanny 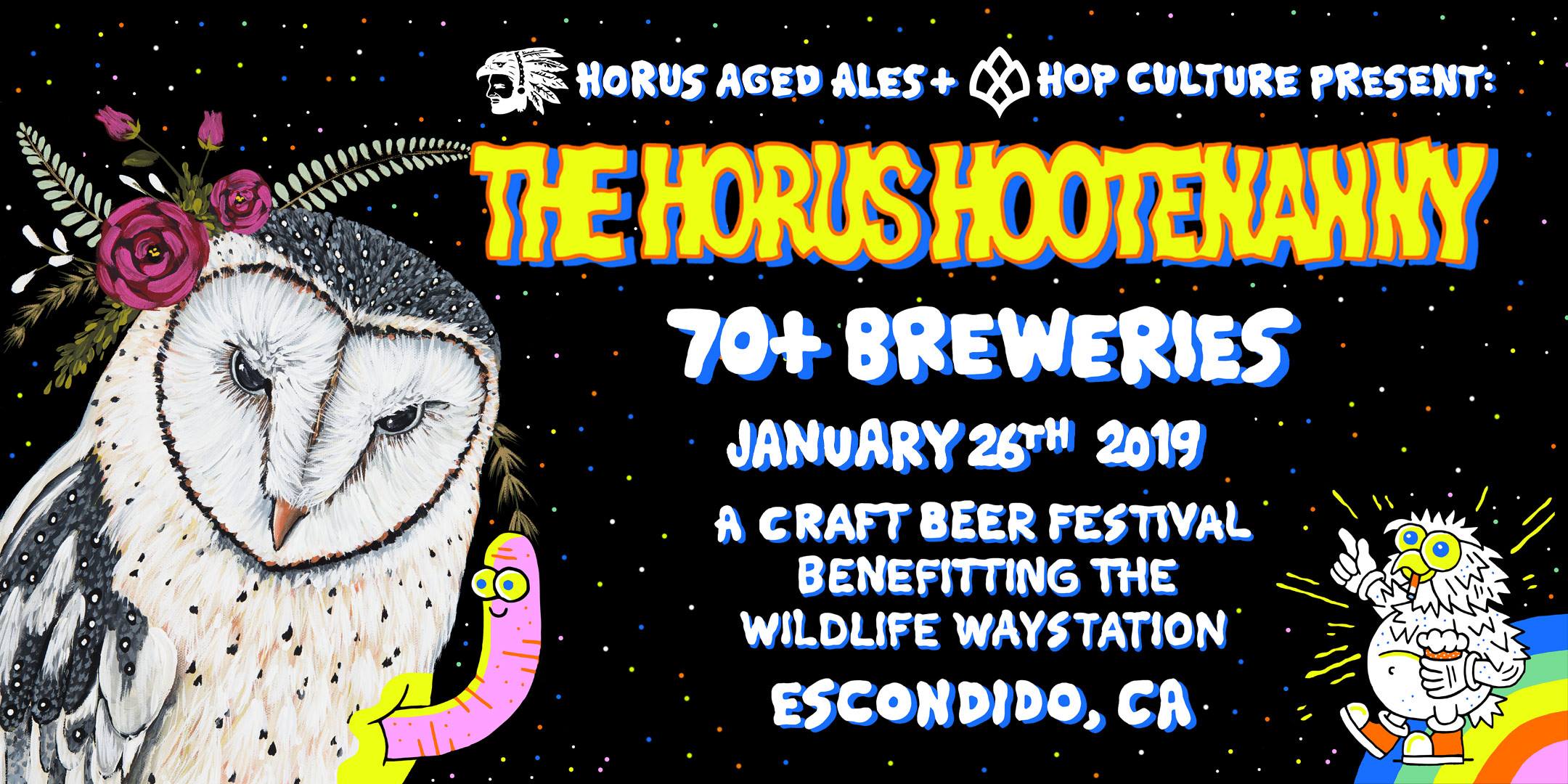 With so much of craft beer culture taking place on social media, it’s hard to keep a good thing quiet. You can be brewing in Hudson, New York (shoutout to our friends at Suarez Family Brewery), an hour from the nearest city, and an Instagram post will still send thirsty drinkers to your taproom. Whether this is good or bad is a question for pundits far above my pay grade, but the fact remains — if you make good beer, people will post about it on Facebook.

This was how we heard about Kyle Harrop, the founder of Horus Aged Ales in Oceanside, California. People kept messaging us with pictures of his newest releases. We started following him on Instagram. He started following us. We invited him to our June festival in Richmond. He sent some killer beer, including one named after yours truly (Kenny Gould-encrest, a sour aged on Goldencrest peaches). We thanked him. He came to New York and brewed with one of our writers. We went to his tap takeover. He asked if we wanted to throw a festival with him in San Diego.

Now, if you know me or Kyle, you’ll know that we’re passionate individuals. Once, on a whim, I quit my job in New York City and moved to California, where I worked for an environmental non-profit and began the path that led me to start Hop Culture. Kyle, who shares a similar joie de vivre, has spent the last year traveling around the country working on collaborations while maintaining another full-time job. It’s no surprise to anyone who works with us that our idea for a calm event turned into an 80-brewery extravaganza featuring the most curated lineup of breweries to cross the Rockies.

The Hop Culture x Horus HOOTenanny on January 26th at the California Center for the Arts, Escondido is going to be one heck of a way to kick off a 2019 festival circuit, and it’s definitely one you won’t want to miss. See you there?

Back to Basics with Kyle Harrop of Horus Aged Ales