The Best Beer And Breweries In Las Vegas, Nevada A few days of a classic Las Vegas vacation is normally enough for anyone to enjoy. There’s only so much partying and gambling a tourist can take. But, there’s plenty more to Vegas than the Strip, as the nearly 2.2 million metropolitan area population can attest.

One such asset is a massively underrated beer scene. Nevada as a whole is home to a small–fewer than 50 breweries–but excellent brewing community and Las Vegas is one of the main hubs. Las Vegas is a sprawling city, so be prepared to figure out safe transportation.

Whether it’s an extended “What happens in Vegas, stays in Vegas” vacation or a purposeful quick trip for brews, Southern Nevada’s beer is well worth a try. 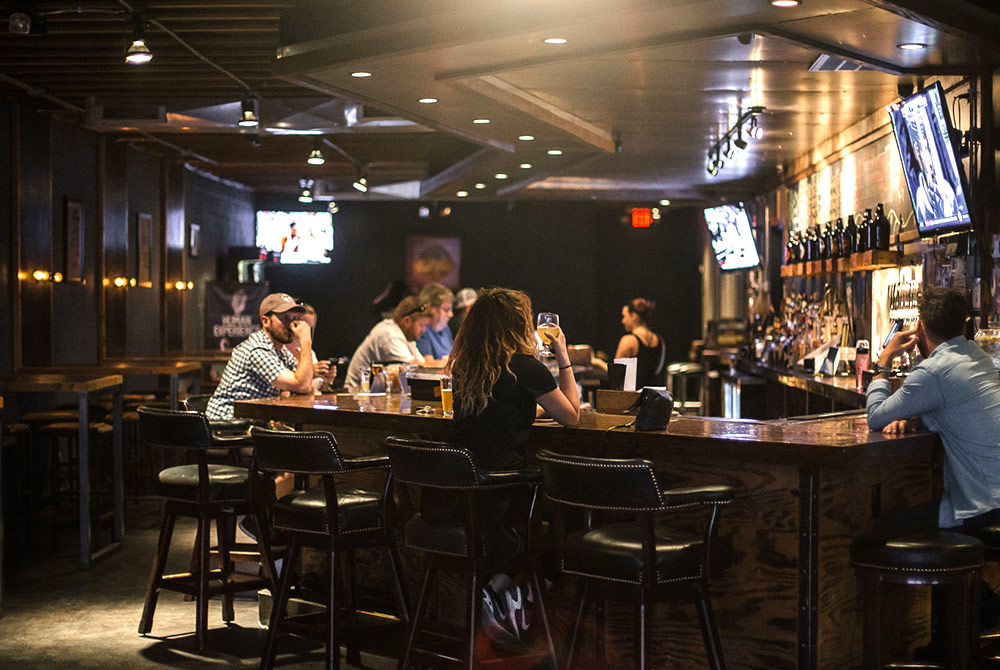 5 pm — Nuts for hops. There are endless options for lodging in Las Vegas, so just head to downtown Las Vegas and visit Hop Nuts first. There’s plenty by way of food and entertainment in the area. Hop Nuts offers a wide array of hop-forward and Belgian-inspired beers. It’s a great jumping off point for the rest of the night, no matter the agenda in Downtown Las Vegas.

7 pm — Family style. The Kitchen at Atomic opened in 2017 next to Atomic Liquors, the oldest freestanding bar in Las Vegas. The menu changes seasonally, but chef Justin Kingsley Hall suggests getting a bunch of dishes and passing them among a group of friends.

8:30 pm — Classic haunt. Atomic Liquors has been serving up drinks since the middle of the 20th century and has hosted a variety of celebrities throughout the years. Recently, Atomic has been home to a great beer selection and a series of events, such as the annual Sour Saturday, with heralded beers from around the world. Afterward, take a stroll down Fremont Street and see where the night goes. 9 am — Getting outdoorsy. One of the best aspects of Las Vegas is its proximity to awesome hikes. It’s not a far drive to some of the nation’s great national parks in Utah, Arizona, and California. And better yet, two great options exist within about a 30-minute drive. Find a hike, pick up some beer on the way and spend the morning in the Great Outdoors, enjoying a brew at the summit, most of which offer fantastic views of the Las Vegas Valley. 1 pm — The original. Founded in the early 1990s as the Holy Cow!, Big Dog’s is a move and name change removed from being the original Las Vegas brewery. In its 25 years and three brewmasters, Big Dog’s has won nearly two dozen Great American Beer Festival and World Beer Cup medals. After a long hike, a few beers and a Midwestern-style lunch will satisfy. 3 pm — Chain beers. PTs is a massive bar chain in Nevada, but in 2015, the company decided to brew their own beers. PTs brought in former Big Dog’s brewer Dave Otto, who has continued his winning ways at the new brewery. He hasn’t had a lot of room to spread his wings yet, but that should come soon enough. 6 pm — Desert fresh seafood. Seafood is all over Las Vegas, but few do it better than Other Mama and chef Dan Krohmer. Krohmer honed his sushi skills in Japan and has cooked all over the world, even for rockstars. Now his restaurant is among the best in Las Vegas, hidden in a strip mall. After a well-deserved rest from a hard early part of the day, this dinner will hit the spot. 8:30 pm — Cool taproom experience. After dinner, head back downtown to Tenaya Creek, a long-time Las Vegas brewery — it originally was located where PT’s Brewing is now. The taproom feels like so many of the nation’s taprooms: solid beer and low-key vibes, unusual for Las Vegas where most bars have gaming. While you’re in the neighborhood, you should check out the Neon Museum, which is only a mile away. 10 am — Brunch time. Brunch in Vegas is lit. It doesn’t really matter where, brunch is easy to find and generally tasty. Many end up having a DJ and most offer bottomless bloodys and mimosas. DW Bistro is a fun spot with weekly themes and a Jamaican jerk twist at extremely reasonable prices, especially for Las Vegas. Sunday 2 pm — Great taps. After some learning, head out to 595 Craft and Kitchen. With an owner from San Diego who moved to Las Vegas knowing there was plenty of room to grow the beer scene, 595 has one of the best-curated beer lists in Nevada. Along with an all-star beer list and a fun Vietnamese-inspired menu, 595 is also home to regular bottle shares among the small, but tightknit, beer community. 4 pm — Early dinner. As the trip nears a close, stop at Nora’s, a 30-year-old staple in Las Vegas. The food is simple, but excellent. It’s not too far from the Strip, airport, or Henderson, so the next step is easy, whether gambling, a flight or a few beers are on the agenda. 6 pm — There are a few options. One of the best parts of Las Vegas is the cheap flights running nearly round the clock. It affords the opportunity to extend a trip for a few extra hours for a bit more fun. The city of Henderson isn’t too far from McCarran International Airport and neither is its Artisan Booze District, which includes Crafthaus Brewery, Bad Beat Brewing, Las Vegas Distillery, and Vegas Valley Winery. The options are virtually endless, at least until your flight out.