Milwaukee And The Enduring Appeal of Lager Life 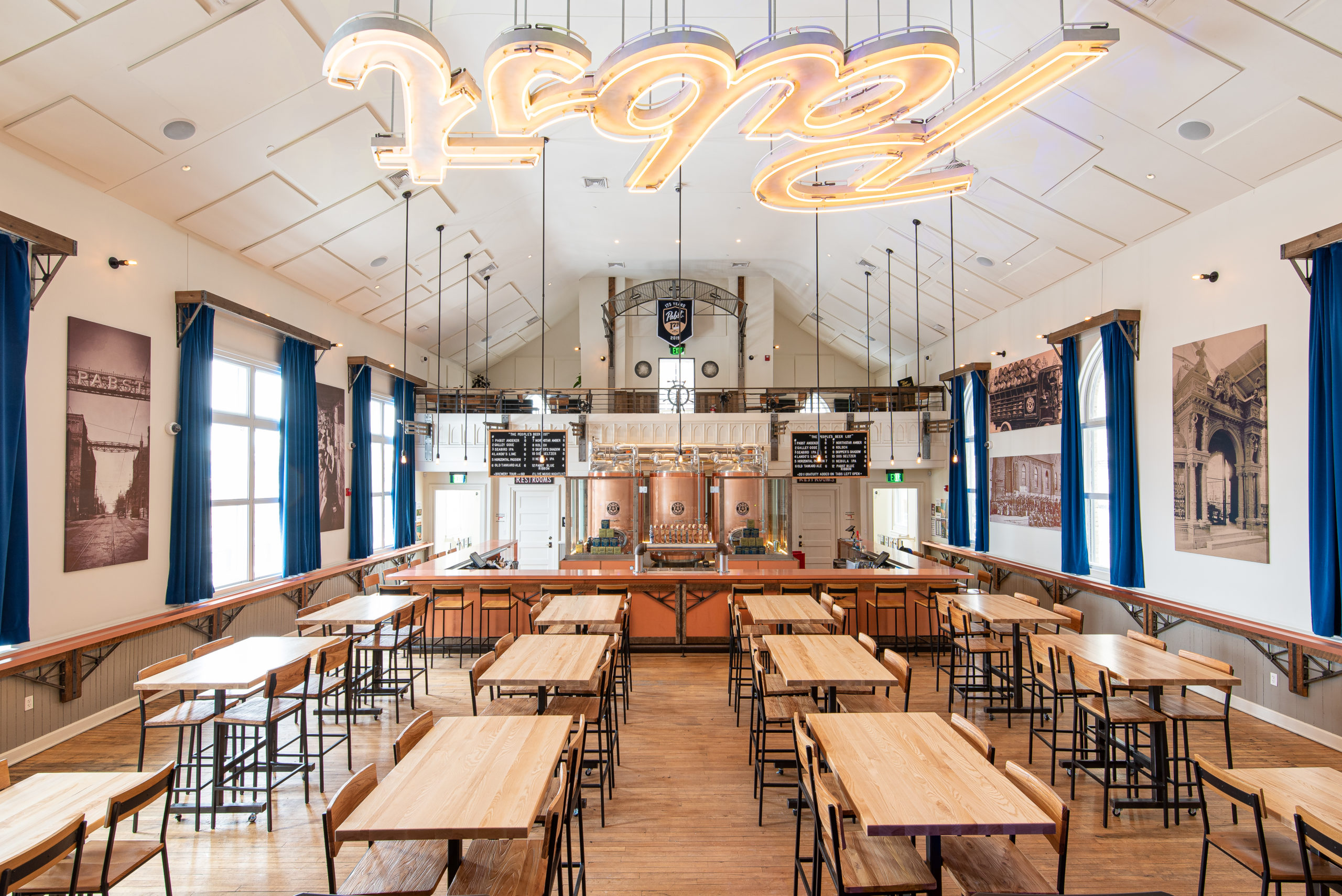 This is a paid, sponsored article presented by Captain Pabst.

What does it mean for Milwaukee to be a lager city?

Certainly, there’s some institutional knowledge on how to make great lager. Although the style seems simpler than the robust and multilayered hazy IPAs and pastry stouts coming out of the country’s newest breweries, the creation of lager is generally more advanced, as there are no hops or adjuncts to hide off-flavors. Additionally, lagers take longer than ales to ferment — several weeks or even months — meaning a lager brewer gets less product than an ale brewer during any given timeframe.

But institutional knowledge alone doesn’t make a city. Rather, the knowledge is a symptom of culture — and it’s this culture, born in Germany and evolved on the icy shores of Lake Michigan, that ultimately earns Milwaukee its title. The History of Milwaukee Lager

The history of lager in Milwaukee starts with the German revolutions of 1848 and 1849. In order to escape the turmoil in their home country, German brewers Phillip Best, Valentin Blatz, Franz Falk, and August Krug immigrated to the city, bringing along their families, their culture, and their knowledge. When the Great Chicago Fire of 1871 destroyed the Windy City’s beer industry, Milwaukee was in a prime place to spread their beer — and culture — internationally.

In 1892, the Milwaukee-based Pabst Brewery was producing over 1 million barrels of beer annually, making it the largest lager producer in the world. Just as Pittsburgh had steel, and Detroit had automobiles, Milwaukee had Schlitz, Blatz, Miller, and Pabst. Prohibition knocked the city’s main export, but not for long. By 1950, Milwaukee-based Schlitz held the distinction of being the largest brewer in the country, while Pabst, Miller, and Blatz were all in the top 10.

But nothing lasts forever. The 60s through the 80s were an era of tremendous change in beer — and that, perhaps even more than Prohibition, was a bad omen for Milwaukee’s biggest industry. In 1958, Pabst purchased Blatz, which they sold to G. Heileman Brewing Company 10 years later after an anti-trust lawsuit. In 1970, Miller was purchased by Phillip Morris. In 1982, after a worker strike, the beleaguered Schlitz sold to Stroh. The Independent Milwaukee Brewery, which once produced over 100,000 barrels of beer, closed down entirely.

Still, culture has a good deal of staying power. Even though Milwaukee no longer claims the largest brewing capacity in the world, its residents still value the culture of their predecessors. “Lager life” is a real thing. It’s a culture that prioritizes sociability over intoxication, consistency over variability. When you’re out with friends, it’s difficult to crush more than a couple 9% double IPAs before you start slurring. So you drink something mild, have a good time, and remember your evening. And you’re content to drink at the same place with the same people at the same times, rather than jumping on the merry-go-round of flavor and experience. Jake Schinker is the co-founder of Eagle Park Brewing Co. in Milwaukee. Although the brewery is known in trading circles around the country for their hazy IPAs and fruited sours, they still sell more lagers than anything else.

“The history is 100% an influence in how people drink beer in Milwaukee,” he said, during a recent Forbes interview. “We have craziness on tap, but our top sellers are always our lagers.” “We started with a specific focus, saying we’d only do barrel fermented and barrel-aged beers,” said Kyle Vetter, founder of Milwaukee-based 1840 Brewing. “But as we decided to diversify our portfolio, we put on a lager, and it sold well. We find that some people want our more creative beers, but others come because we’re a brewery and they want a beer.”

Even Pabst is experiencing a revival within this culture. Take Seabird, the first canned release from their newest brand, Captain Pabst. Instead of capitalizing on current trends by making crazy flavors of hard seltzer, Pabst came out with a drinkable, low ABV session IPA, better suited to a sociable evening than drunken debauchery. It’s a fun, thoughtful project that digs into the brand’s nearly-two-hundred-year history.

There’s something romantic and even authentic about lager life, with its focus on repeatability and allegiance. The effect of this culture on beer in Milwaukee can’t be overstated. Even as the rest of the country chases trends, with brewers competing to see who can throw weirder, stranger, and more outlandish ingredients into the brew kettle for shock value, Milwaukee breweries consistently make drinkable, high-quality beer for their neighborhood regulars.