The notion of a flagship beer seems to be steadily going out of fashion. The latest class of craft breweries lean into a model of rotating, limited-release beers sold directly to consumers. The only permanence might be in a series of beers, a line of fruited sours or one-off IPAs with different iterations. It’s an attempt to meet the consumer where they are and explore new ingredients. But even after years of experimentation and one-offs, many breweries eschew a flagship for variability.

Night Shift Brewing wasn’t opposed to a flagship beer, but the founders hadn’t planned on leading with an IPA. “We started the brewery without ever wanting to make an IPA. And holy shit were we wrong with thinking that the world didn’t need any more IPAs,” shares co-founder Rob Burns. “We thought, ‘Well, everyone’s asking for IPAs, if we make some great ones, that’ll let us play around with some other styles.’ But we knew that we needed something to bring people in.” Enter Morph, an experiment in creativity that allowed the Night Shift team to test out new recipes and offer customers something new and exciting every time they came into the Everett, MA taproom. “Morph was a vehicle for us to mess with recipe variety,” explains Michael Oxton, Night Shift co-founder. “And to deal with hop contracts.”

“Morph was born out of necessity,” continues Burns. “Whatever hops we could get our hands on, that’s what we used in an IPA. We were trying to gauge what people responded to in an IPA.”

Eventually, Morph became the brewery’s best tool in deciding what beers to lead with. It was an efficient use of limited hops and it allowed fans to give honest feedback on the rotating recipes. “Let’s make an IPA crowdsourced by the people,“ recalls Burns. Thus, a flagship was born. Santilli, named for the brewery’s street address (87 Santilli Highway), began with the desire of finding a middle ground “that balanced East Coast and West Coast styles,” Oxton says. “We describe it as an American IPA. It’s not just a beer categorization; it sort of unifies East Coast and West Coast. And that’s why it’s stood the test of time.”

Santilli, or Morph batch #10 as it was known at the time, quickly became a crowd favorite at Night Shift and was established as the brewery’s flagship. The name felt fitting to the Night Shift team. “We want to have a house IPA, so, we thought, ‘Where is our house,’” Oxton notes.

After about five years, few things have changed about Santilli, though the brewery has adapted over time. “We started almost exclusively with 750 ml bottles,” Burns says. “Soon afterward we thought, ‘Is 16 oz. the new bomber format?’” So, Santilli made its debut in 16 oz. 4-packs. However, after releasing the brewery’s light lager Nite Lite in 12 oz. cans, Night Shift announced that Santilli would arrive in 12 oz. 12-packs. Just as Santilli’s inception was fueled by customer desire, the move to a smaller format meets the consumer where they are. “Our customers were asking, ‘Can we get smaller cans of Santilli, and can we get 12-packs,’” shares Burns. “We’re more interested in listening than telling. If people are asking for this then we should figure out how to deliver it.“ Burns and Oxton agree that the desire for a smaller format is a part of the overall movement toward health and wellness in the beverage world. “We are feeling that there’s a consumer swing or market correction,” Burns suggests. “16 oz. 4-packs aren’t necessarily the best format.”

Oxton continues, “People are making choices about their diet and lifestyle that are a little more health driven. We’d love to support that. We’d be silly to not pay attention to what our customers want.”

The 12 oz. 12-pack format allows Night Shift drinkers to enjoy smaller quantities of the flagship IPA and “encourages shareability,” as Burns notes. It’s a format that at one point was dominated by macro brands but several regional craft breweries have made the leap to variety packs and 12-pack boxes. Oxton noted that 16 oz. 4-packs might be a more economical option for smaller breweries but that he suspects more craft producers will also make the switch.

Santilli likely won’t be the final Night Shift beer to make the switch to 12 oz. formats. Immediately after announcing the change, fans asked on Instagram when Whirlpool, the brewery’s popular hazy pale ale, would be arriving in 12 oz. cans. For the past few years the 16 oz. can has become synonymous with modern craft breweries. The breweries holding the most cache on social media release weekly batches of limited-edition beers in 4-packs of 16 oz. cans to the tune of “ISO” comments on Instagram and four stars on Untappd. But not all drinkers crave that experience. “There’s a time and a place for 12 oz. or 16 oz. cans,” notes Oxton. And, when a brewery’s fan base is asking for a more shareable, drinkable format, it’s hard to ignore. Releasing an IPA in 12 oz. 12-packs isn’t necessarily groundbreaking, but it demonstrates Night Shift Brewing’s commitment to listening to their fans.

Currently Drinking: Saison Dupont
John A. Paradiso is the former managing editor at Hop Culture Magazine and current managing editor at Cool Material. His interests include listening to the tunes of King Gizzard and the Lizard Wizzard and watching Wes Anderson films. His Wednesdays are spent picking up comics at the local comic book shop and his weekends are spent watching Premier League soccer. He's probably down to get a beer later.
@paradiseohh
Night Shift Brewing Announces Canned Sour Beer Lineup 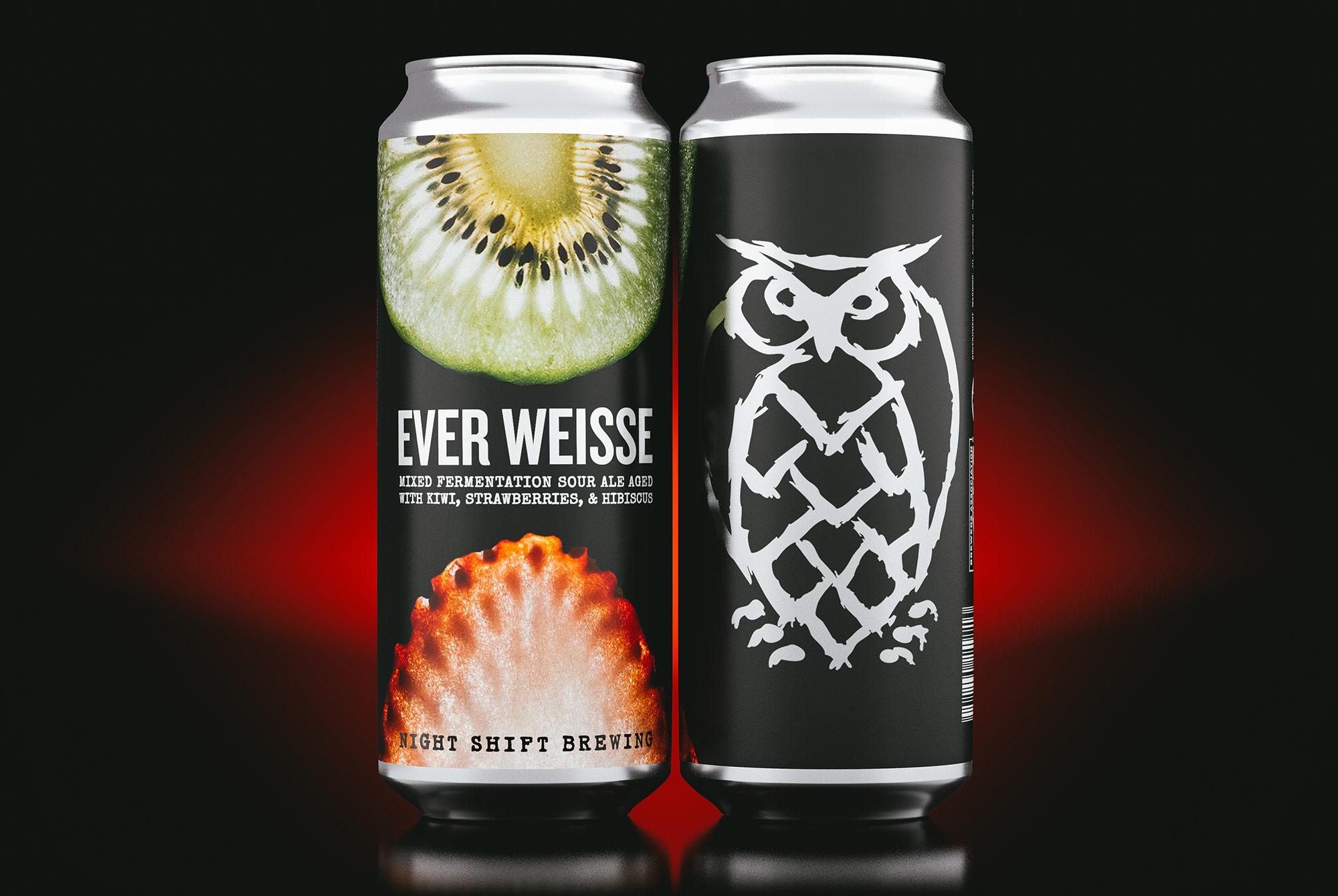