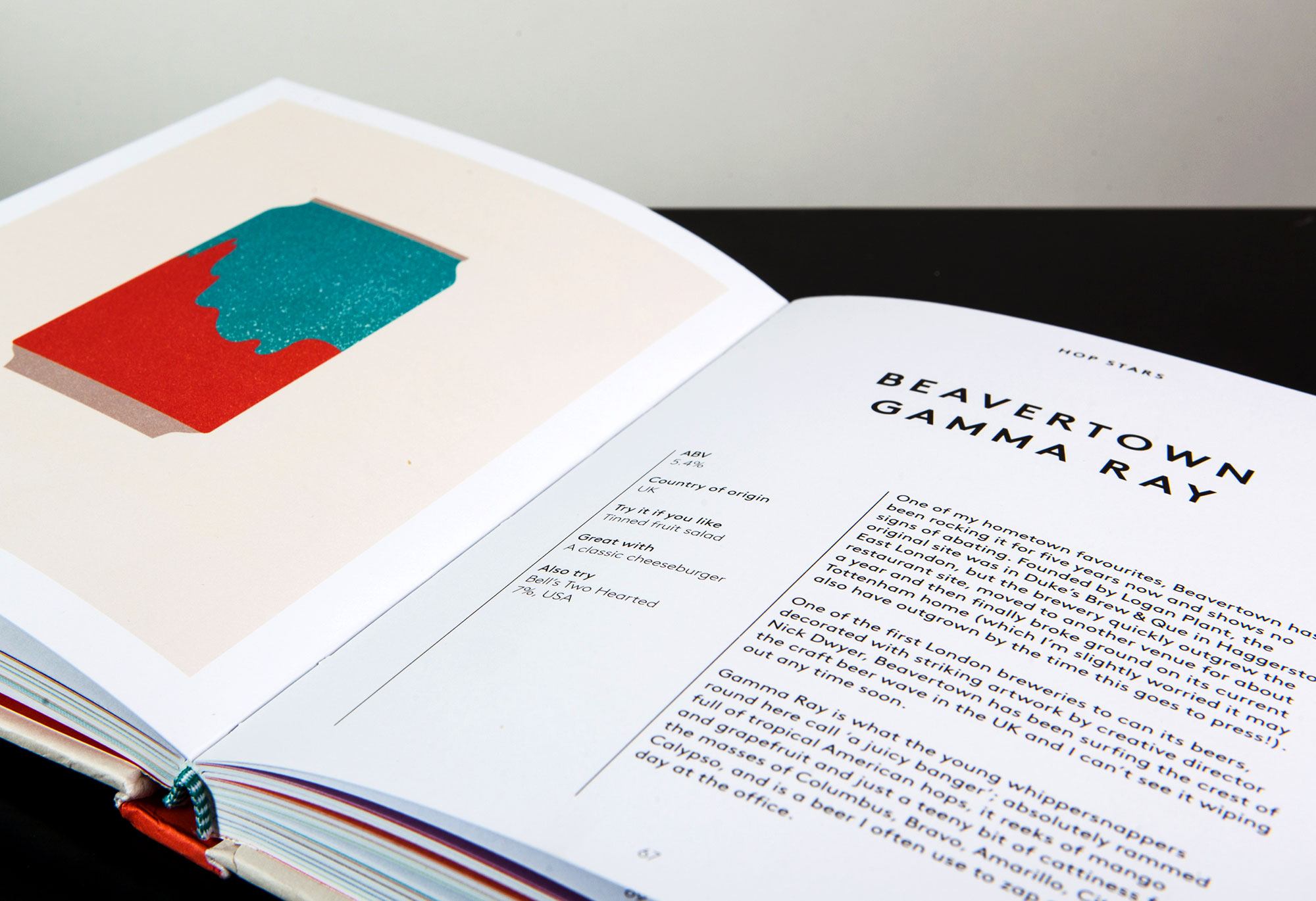 If you’ve just stepped into the big, and growing, world of craft beer, it’s probably still a little daunting. The industry has skyrocketed over the past few years and, aside from the occasional educational marketing campaigns from breweries, a lot of the info surrounding craft beer will sound pretty inside baseball. I mean, Brettanomyces? New-England IPA? What the hell is Lupulin Powder?!

Luckily, Melissa Cole, renowned food and drink writer, has provided a solution: The Little Book of Craft Beer. Cole’s new book, which is slated for a October 3 release by Hardie Grant Books, compiles everything you need to know about beer as a newbie into a brightly-colored, 200-page book. It’s Cole’s words that educate, but it’s Stuart Hardie’s illustrations that draw the reader in. “Honestly, I think Stuart will be more responsible for the success of the book than I ever will!” says Cole. “The first thing everyone has said about it is a variation on ‘doesn’t it look lovely’ and I couldn’t be more grateful.”

The Little Book of Craft Beer is a great introduction for those unfamiliar but interested in craft. Cole makes it clear: “This is not a book for beer nerds,” she says. None of the information is dumbed down, but the basics, like beer ingredients and flavor distinctions, will be nothing new for those well-versed in beer. “I think the biggest problem we have as beer lovers, and as an industry, is that we insist on wanting people to like what we like, IMMEDIATELY! We forget very quickly that we’ve all gone on a journey,” Cole said. “Very few people pop up as fully-formed DIPA or IRS drinkers, we get there over time as we develop a more sophisticated palate, so it’s important we let other people go on their journeys and to not try and force them down our path all the time.”

One of the successes of this book is in the chapter breakdown. Instead of style separations, such as IPAs, porters, and kettle sours, there are “Hop stars,” “The Dark Side,” and “Wild and Tame Ones.” This allows readers to get a broader sense of flavor and color profiles. There’s a rye IPA in “The Dark Side.” The “Spice Up Your Life” chapter features a chili imperial stout. This means that readers won’t get locked into preconceived notions of styles like “all dark beers are stouts.”

“We’re all busy bickering over what the definition of a craft beer is, while most drinkers don’t even know a decent lager when it looks them in the taste buds and we really need to sort that out.”

“We’re all busy bickering over what the definition of a craft beer is, while most drinkers don’t even know a decent lager when it looks them in the taste buds and we really need to sort that out,” Cole continued. “So, that was part of the reason why I wanted to break down the book into really easy to understand sections and to also include simple cooking with beer recipes. One of the biggest ways I’ve found to convert serious beer rejecters is in the context of food, which is less scary and more familiar territory for people.”

This isn’t to say that The Little Book of Craft Beer is only for newbies. There are lots of fun facts and unique pairing options that are sure to inspire even the most veteran drinkers. Plus, despite not featuring top rated breweries like Hill Farmstead or Trillium, there are sure to be a few new breweries for you to seek out. I was pleasantly surprised to see Two Chefs Brewing, one of my favorite breweries from Amsterdam, included in the book.

The Little Book of Craft Beer is full of personality. The selection of beers represents Cole’s tastes and she shares stories about some of her favorite suds. Each chapter ends with a food recipe as well as a cocktail suggestion, “which can be a great way of getting friends into beer who might not necessarily try it,” she says.

The book is not exhaustive by any means and it features a substantial amount of international beers, many of which will be hard to get for an American audience — including my beloved Two Chefs. But, Cole offers alternatives. If you can’t find Beavertown Gamma Ray, pick up a Bell’s Two Hearted. If you’re hankering for Burning Sky Saison a la Provision try Crooked Stave Surrette Saison.

With The Little Book of Craft Beer, Melissa Cole has managed to offer both a fun introduction into craft beer for newcomers and a supplementary resource for experienced craft beer drinkers.