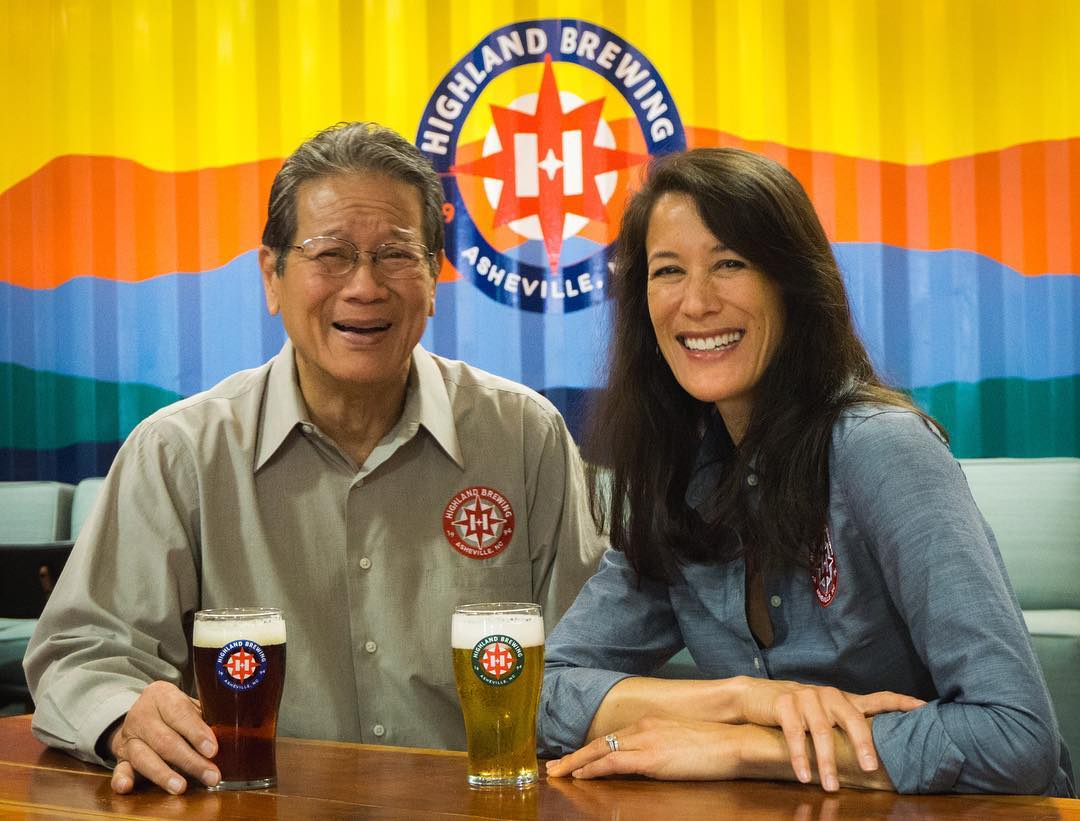 Bill Voight used to claim that he and his youngest daughter, brewer Julie Voight, were the only father-daughter brewing team in the world. That delightful boast was foiled at a Seattle beer event, when another brewery owner revealed that he knew of one in Germany.

Still, Birdsview Brewing Co., tucked in the North Cascades of Washington, as well as Highland Brewing Co., Asheville, North Carolina’s first brewery since prohibition, and Heater Allen in McMinnville, Oregon, are three of the few father-daughter craft beer teams in the States, and they’ll be joined by Third Eye Brewing Co. in Sharonville, Ohio, in the late fall.

The Brewers Association doesn’t keep track of how many dads and daughters run breweries, but we only found a handful more still working together, and no one we spoke to had met duos like themselves. With fewer women in an industry, there will be less daughters working with their fathers, but those numbers are shifting thanks to a whole lot of tenacity. Most of the Voight family, including three of Bill’s five kids, helps at Birdsview now, but the brewery was originally just a pipe dream. Bill used to be a member of the Birdsview Volunteer Fire Department, and 15 years ago, he won a shotgun in their yearly raffle. His wife, Kris, told him he couldn’t have a gun in the house, so he purchased a brew kit with his check instead. Turns out, he really liked making beer and his passion quickly grew beyond the home. Birdsview opened in 2006, and a then-16-year-old Julie started in the kitchen, working her way up to bartender. At 21, she told her dad that she wanted to brew once so she could explain how the process worked to customers. Bill said no. “He told me that it was a labor intensive job. You can’t have painted fingernails, you can’t wear dresses, you’re going to be doing heavy lifting,” Julie laughed, to which Bill protested, “She’s a girly girl.”

That only made Julie want to brew more, so Bill decided to “cure her” by sticking her in the cooler to fill kegs. “I was very skeptical about the whole thing. I didn’t know she had what it takes to do that,” he admitted. “To this day, she’s still doing the dirty work. She’s more than capable of brewing all by herself. On the other hand, she put me out of a job, and I’m not ready to retire yet! I just enjoy brewing, and it’s fun to brew with my daughter. Some people always look for that dream job that you think you’ll love, but the big plus of is I love who I do it with.”

Jamaica-born former engineer Oscar Wong opened Highland Brewing, named in tribute to the Scottish who settled the area, with a partner in 1994, buying him out three years later. Soon after, his daughter, Leah Wong Ashburn, decided she wanted to work there, but Oscar wouldn’t let her, citing his wish for her to find her own path. She did as a successful yearbook saleswoman, and a few years later, she turned him down for a job at Highland. Eventually, after 16 years of conversations, Leah headed to Asheville. “She was rather disappointed, but she looks back at it now and says, ‘It’s the best damn thing you ever did,’” Oscar said. In the brewery, Oscar takes care of the legal, financial and regulatory duties as Founder/Vice President/Head Schmoozer, while President/CEO Leah tackles operations and PR. “In reality, it is really more her team now,” Oscar said. “For the first few years she always heard, ‘Oh, you’re Oscar’s daughter,’ and I can’t tell you how often I now get, ‘Oh, you’re Leah’s dad?’ She really has made inroads into the community.”

It’s those ties that bind them that keep customers coming back. “People that love family businesses really love them, so it’s been comforting for a lot of our fans to know that the family ownership was continuing,” Leah added. “I also find that, in 2019, there are a lot of people thrilled to see a woman leading a brewery. You get the combined effect of family-owned and woman-led.” Rick Allen wasn’t concerned about his daughter, Lisa Allen, joining him — he asked her to. A homebrewer aiming to recreate European beers, Rick opened Heater Allen in 2007 “to see if craft lagers had an audience.” Lisa had an interest in beer but contacts in wine, and around the same time, she was offered a harvest position. Two years later, after a stint in Napa, Rick asked Lisa to help out at the brewery. She’s now the Head Brewer, while Rick is the Master Brewer/Owner, and they create mostly traditional lagers through collaboration. “I thought I would always go back to wine, but I really love the process of making beer and the beer industry as a whole,” Lisa said. “It was really cool what he was doing, making a style that, at the time, a lot of the craft beer business was staying away from. I also could see that he needed help. He was doing a lot of things himself, and he needed someone else in the brewery as the brand started to grow.”

Though Leah has also helped her dad grow their brewery, she had years-worth of hesitations before joining the team, especially about her mother now having to hear about beer from her husband and child. “There’s no chance of talking about much else some days,” she said. “As much as the brewery means to my family and I, you don’t ever want to be a one-dimensional person, so we have to constantly put in those other pieces of ourselves.” These dynamics play a larger role than gender does, with all three duos focusing on the importance of family as a whole. “The fact that there’s a father-daughter brew team is cool, but we don’t deserve all the credit,” Julie admitted. “Everybody on the team has different personalities and plays their roles so well, and that’s what makes the whole thing go. If it was just us, no way. No one person is more important than anybody else.”

Important, but also challenging, because the obstacles of running a business together are the same doing just about anything with loved ones. Rick said he and his daughter work well together, even if she argues with him about things “a regular employee,” wouldn’t, but Lisa conceded that even though it’s “pretty cool to be trusted with a business my dad started” and nice to not tip-toe if they’re having issues, the first year was rough. “We really needed time to learn how we worked together,” she said. “We are similar in a lot of ways that I didn’t realize until working for my dad.”

There’s also a unique opportunity to learn from each other that they may not have had otherwise. “I don’t think we would have gotten to know each other as well in our adult lives without the brewery, so there’s this really deep personal connection that we have,” Leah said.

It’s clear that all of these dads are, as Oscar put it, “inordinately proud” of their daughters. Rick is happy that Heater Allen “is in good hands and someone cares about our product as much as I do,” while Oscar’s goal is to make sure that every employee at Highland is treated with “great respect,” which Leah has also done. “It was kind of my dream that, if I could, I would love to pass it on. It wasn’t a given by any stretch, but I had great confidence in her,” he said.

At the end of the day, this is about a father getting to work with his kid. “It’s really special,” Leah shared. “It’s a gift.”

Currently Drinking: Russian River Pliny the Younger
Emily Krauser is an entertainment journalist and freelance writer focusing on craft beer, pop culture, and music. A Jersey native and Ithaca College grad, she watches Gilmore Girls on loop and bleeds blue and orange for the Mets. You can almost always find her taking a road trip or in a brewery or on a road trip to a brewery. She lives in Los Angeles.
@Hops_and_Highways
@emilykrauser
This Father’s Day, Split a Bottle of Suarez Kinda Classic With Your Dad