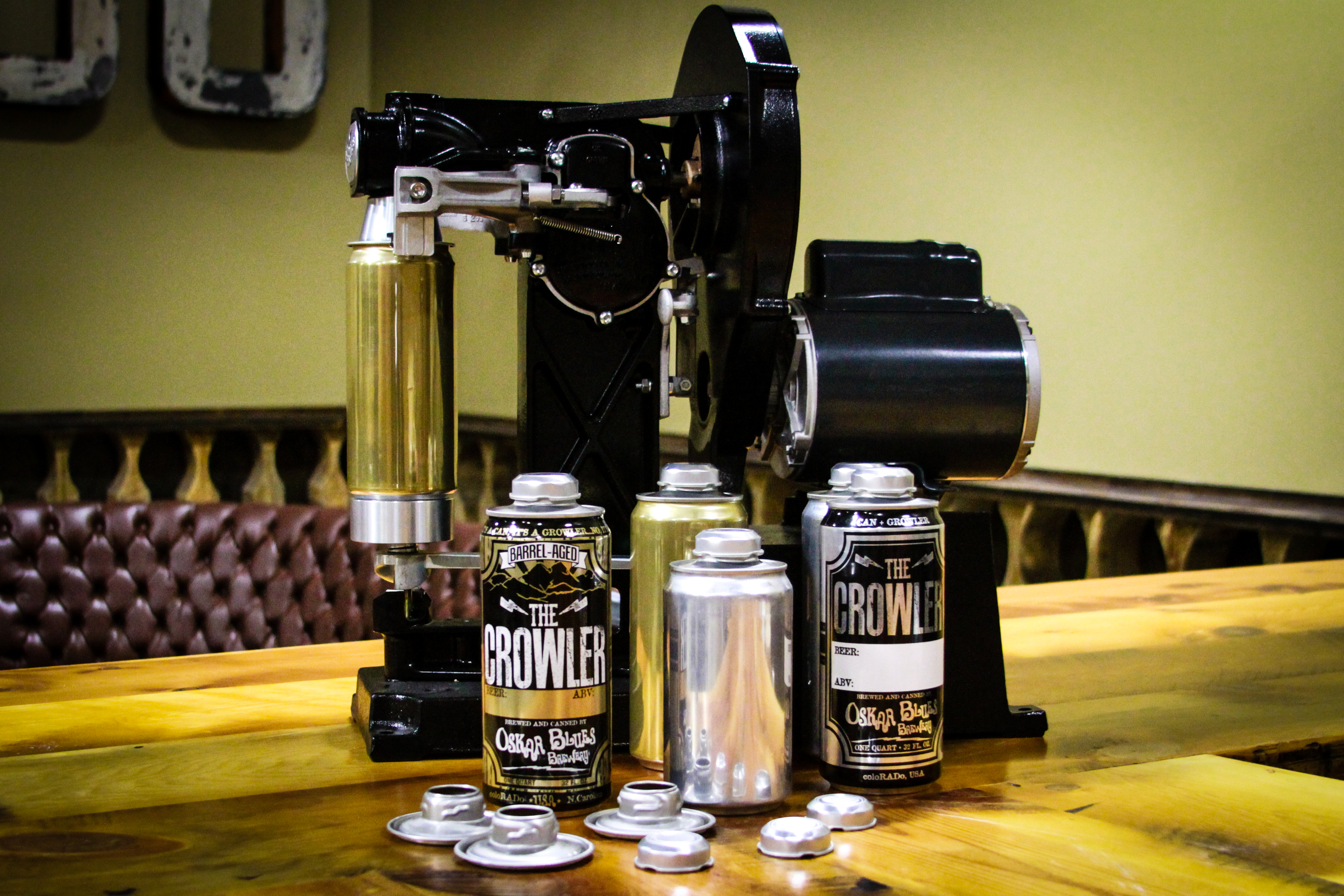 In 2012, Colorado-based Oskar Blues Brewery introduced the crowler, a 25- or 32-ounce aluminum can that could be filled and sealed right at the brewery for at-home consumption. If you’ve been out to a taproom recently, you’ve probably seen one the miniature-sized canning machines. Because the crowler offered a more durable, portable, and light resistant way to transport beer than the traditional growler, it became a widespread success.

But the crowler had a problem. Like its 12-ounce counterpart, everything in the can had to be consumed shortly after opening or it quickly went flat.

Oskar Blues is known for aluminum-based innovation — they were America’s first craft brewery to brew and can their own beers — and now they’ve announced an update to their game-changing innovation. Just like its screw-top competition, the crowler is now resealable.

Now that the main drawback to crowlers has been eliminated, they make an even more compelling alternative to growlers. Unlike growlers, which get dirty if left unwashed and must be brought back to the brewery for a refill, crowlers are always clean and on hand at the brewery, and they won’t break on the way home. They’re also ideal for up-start breweries short on space or money.

“Cans are a better package than glass, but we haven’t been able to offer our regular beers in traditional cans because of the cost and availability of a quality canning machine,” said Doug Dozark of Cycle Brewing in St. Petersberg, Florida. “Filling crowler cans at the bar has filled a void for us and given us a niche in this area.”

The caps to the new crowlers contain an oxygen scavenger that keep the beer as fresh as possible, while allowing consumers to take their time killing 32-ounces of beer. Call it the beginning of the end for the traditional growler.