The Truth Behind Sour Beer Calories Of all the crazy beer rumors floating around the internet, one of the strangest and most persistent is that sour beer has fewer calories than other styles. If this is true, it would mean that, say, a twelve-ounce glass of Berliner Weisse might be a better choice for your waistline than a similar amount of Double IPA.

But does the rumor hold beer — er — water? Does a glass of sour beer contain fewer calories than an equivalent amount of Double IPA?

The intrepid researchers at Hop Culture decided to find out.

The Primary Factor Behind Calories In Beer

“Sugar is going to add calories,” says Brayden Volk, Operations Manager at Hoof Hearted Brewery. In addition to hazy IPAs and adjunct stouts, the Columbus, OH brewery brews sours like Rosé Gosé, a 5 percent ABV gose with hibiscus, coriander, and pink Himalayan sea salt. “As a result, a higher ABV is typically going to be indicative of a higher caloric count,” Volk continues. 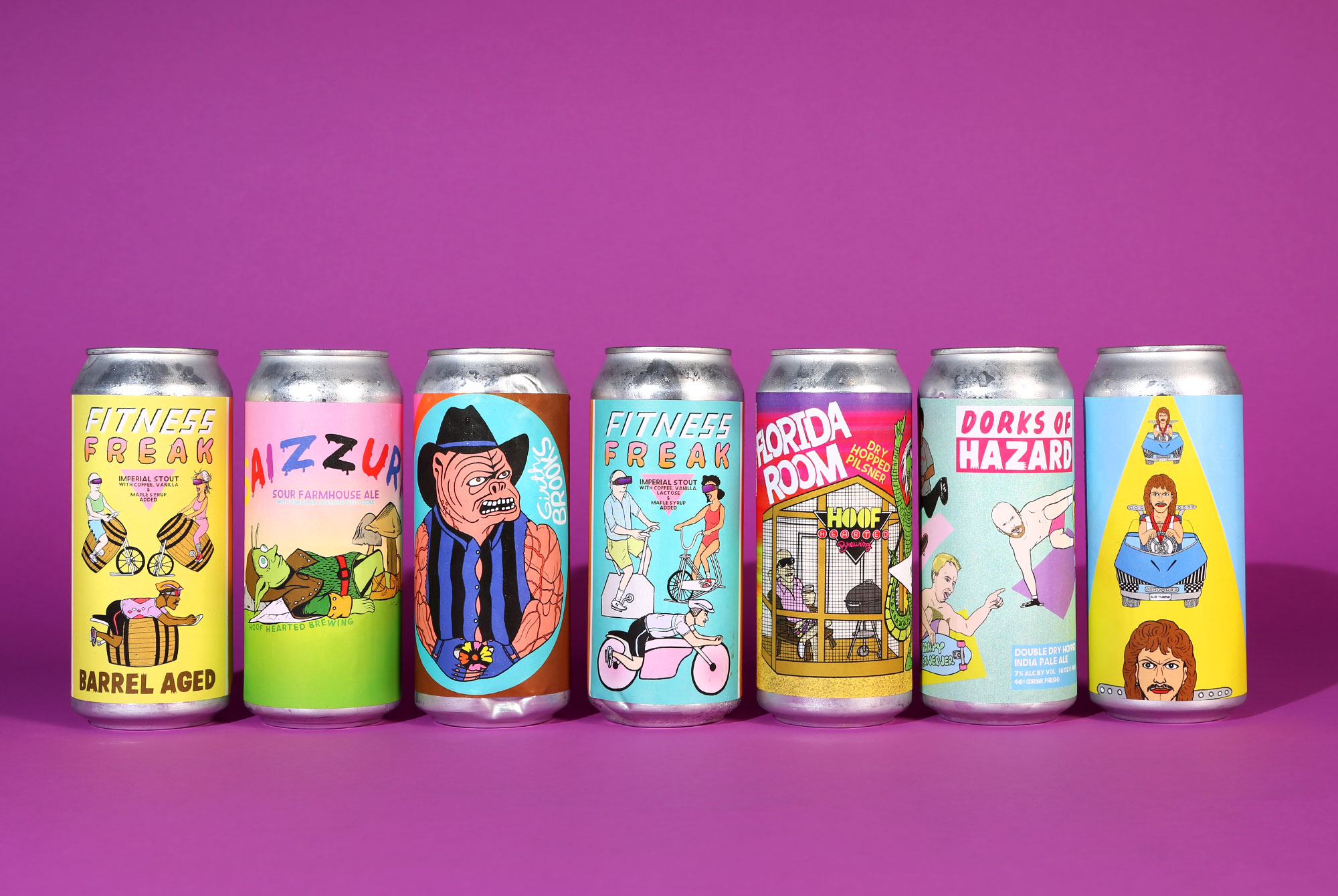 To understand why ABV correlates to calories, one needs to look at where the sugar in beer comes from. We’ll give you a clue — it’s primarily malt!

Why ABV Correlates To Calories In Beer

For simplicity’s sake (and this is very simple), all you need to know is that in order to make beer, brewers start by mixing hot water and cracked grain. This extracts the sugar from the grain and makes a sweet liquid called “wort,” which is then boiled with hops. After the wort cools, brewers add yeast, which — over the course of several weeks — eats the sugar and produces alcohol as a byproduct.

Thus, the more grain you have, the more sugar — the primary source of calories in beer. After all, the other three main ingredients in beer (water, yeast, hops) aren’t particularly dense in calories.

This is why ABV correlates with calories.

A Sample Of Beers, Calorie Counts, and ABV

The same brewery also makes Temptation, a 7.5 percent ABV sour that clocks in at 204 calories per twelve-ounce serving.

Now, look at the monstrous Sierra Nevada Bigfoot, which clocks in at 9.6 percent ABV and 330 calories per twelve-ounces.

So What’s The Truth Behind Sour Beer Calories?

“All things being equal, sours could be perceived as being more dry, having lower carbohydrates, and more ethanol because pure carbohydrates (C-H bonds) have more calories than mixed C-H-O bonds as they’re already partially oxidized,” says Peter Oates, co-founder of Equilibrium Brewery in Upstate New York. Along with his partner, Ricardo Petroni, Oates graduated with a degree from M.I.T. and came to beer from an environmental engineering firm. “But I doubt the difference is that much,” shares Oates. “Then you start adding kettle sours with high alcohol, lactose, and unfermented fruit purée and I suspect that beer will land relatively high on the calorie spectrum.” So a sour beer might have fewer calories than another beer style, but only if it has less sugar. And many of today’s sours — which are loaded with everything from fruit purée to unfermentable milk sugars — are filled with sugar.

“We do mostly kettle sours, and something like a traditional Berliner would use less grain than most beers,” said Sean Biby, brewer at Grist House in Pittsburgh, Pennsylvania. His quote seems to corroborate what Dr. Oates says about the relation between sour beer and calories. “It has a lower ABV — hence a lower grain bill — and finishes dry so the tartness stands out. But the sour IPA’s, dessert sours, and heavily fruited sours that we make can have fairly large grain bills, mostly because we want a higher ABV or we want more body, or a balance of flavors.” When you consider the rise of adjuncts or additives in beer, you see that fermentable sugars from grain aren’t the only way to add calories to a beverage. From marshmallow and fruit purée to lactose and waffles, any calorically-dense item you put into your beer is going to increase the calorie count.

Why Do People Think Sour Beers Have Fewer Calories Than Other Styles?

While many of today’s smoothie sours don’t have a lower calorie count than other styles, sours were historically social beers. For example, check out the gose, a sour style that originated in Germany and was often consumed in beer gardens or other social settings. Same with the Berliner Weisse. These are beers made for long days and even longer nights. Try drinking five goses on a Saturday in August and you’ll probably feel great. But if you try the same experiment with five 9 percent Double IPAs and you’ll wind up in bed, or worse. 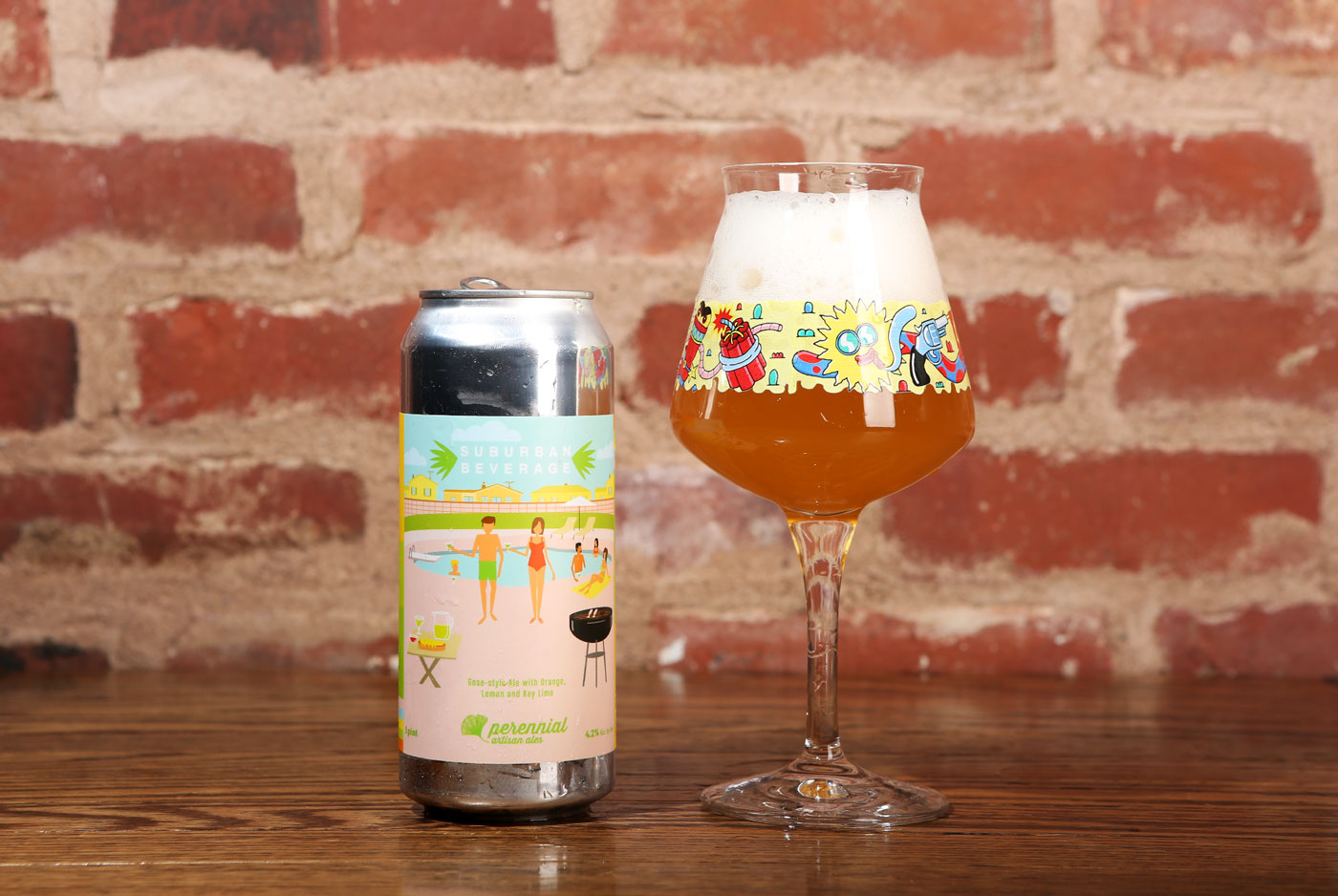 For that reason, many “true-to-style” sours have fewer calories, because they intentionally have lower ABVs. As we’ve discussed, lower ABVs correlate with less grain, which generally means less sugar. For an example of lower ABV, lower-calorie sours, check out Perennial’s Suburban Beverage, a gose with key lime juice, lemon peel, and orange peel that comes in at 4.2 percent ABV. Or try Captain Lawrence’s Tropigose, which comes in at 4.5 percent ABV, and Sixpoint’s Jammer, a sour at 4 percent ABV.