Will That Coffee Stout Keep You Up at Night? 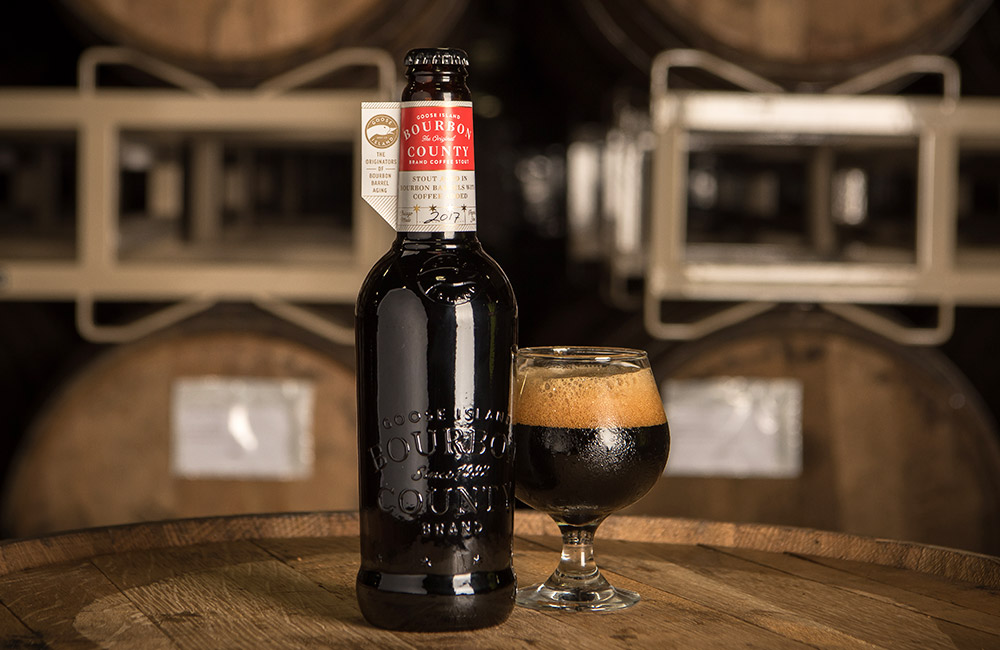 Concerned about the amount of caffeine in your coffee stout? Bothered about the beans in your brew? If it’s long past your bedtime and you’re reading this wondering why you can’t seem to fall asleep, I’ve got news for you: Count some sheep, listen to some relaxing tunes, but don’t blame the beer.

But what exactly is a coffee stout, and where did it come from? According to Michael J. Lewis’ Stout, the first recorded usage of the word stout dates back as early as 1677. At the time, it was used to describe generally strong beers rather than dark beers. Since then, it refers to a specific style–synonymous with beers brewed with roasted barley or malt, which give it that characteristic inky black color. 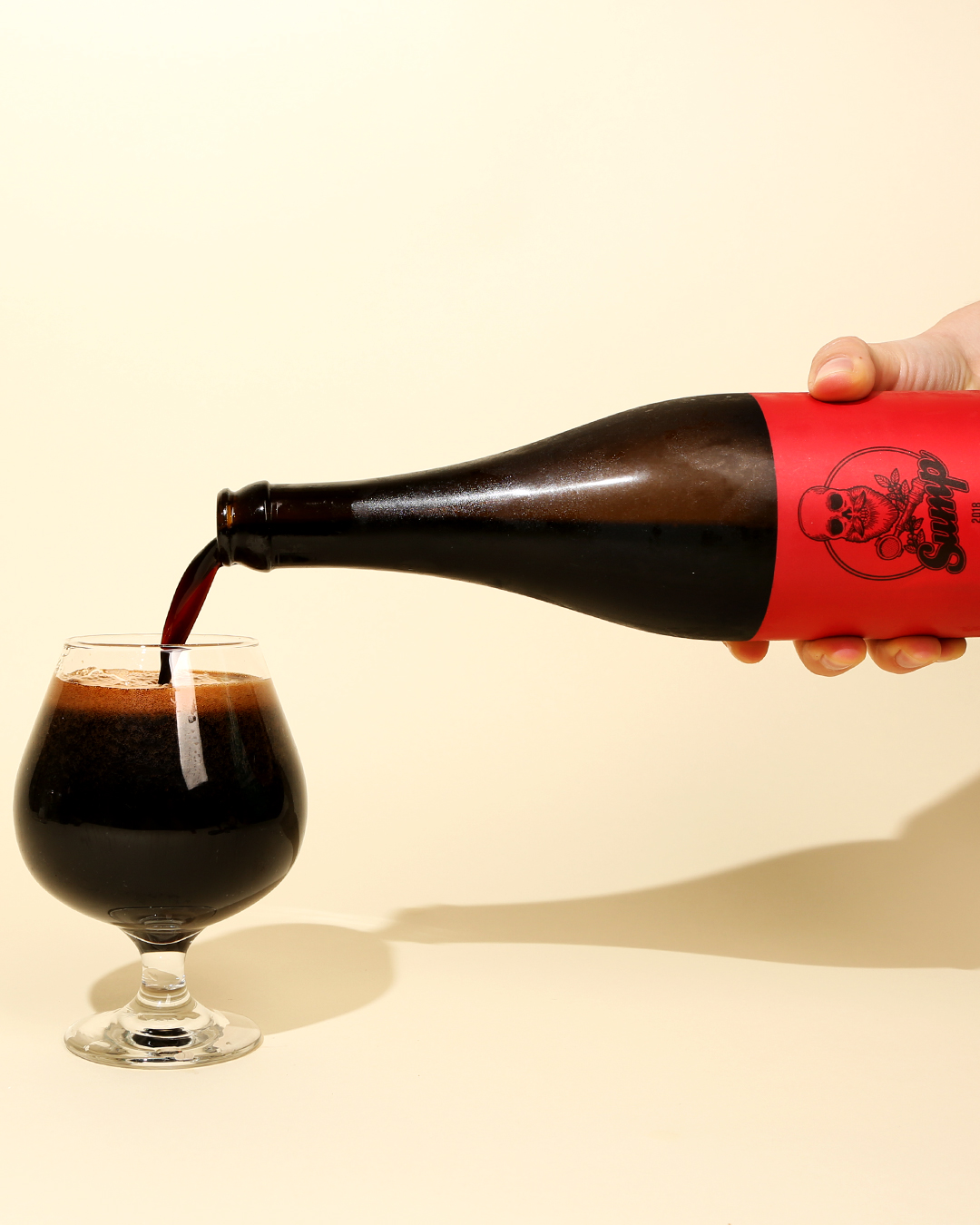 In contrast, coffee’s inclusion in beer is still a relatively new phenomenon––the consensus seems to be that brewers first began experimenting with beans and beer in the ‘90s. As craft beer has exploded in popularity, most breweries have introduced a coffee option into their lineup hoping to capitalize on its familiar morning flavor.

Since its introduction, coffee has become a mainstay in darker and stronger beers, defining an entire category unto itself. In case you haven’t noticed, coffee stouts come a dime a dozen.

With the success the coffee stout has seen in recent years, the veritable morning brew has made its way into lighter offerings too––be it the pale ale, saison, or Belgian-style wheat beer, among many others. For all you coffee haters out there, I regret to inform you that it’s a trend that’s here to stay.

But How Much Caffeine Is In a Coffee Stout?

So what about the caffeine in those coffee stouts? This seems to be a common concern, especially for those who have a caffeine sensitivity. Will too many coffee stouts keep you up at night? Need you worry for your sleep should you choose to indulge?

Even with everyone’s favorite-local-roaster being featured in their favorite-local-brew, the caffeine content in coffee stouts is actually pretty negligible. So little, in fact, that few breweries even bother to measure their beers for an exact count.

Not enough assurance, you say? Consider this: The average 8oz cup of coffee contains somewhere in the neighborhood of 163mg of caffeine, with it ranging anywhere between 64–272mg per cup depending on the brew method. (Stovetop moka and french press enthusiasts take note, you’re sitting pretty at the upper limits of that range.) Compare those numbers with Caffeine Informer’s generous 50mg per 12 fl oz. estimate for a coffee beer. Depending on how strong you like your morning roast, you’d need anywhere from 1-5 beers to reach the equivalent buzz from a single cup of coffee (and that’s assuming the stout has anywhere near the 50mg estimate).

There’s a chance that breweries mimicking the cold brew process might have a higher caffeine count than others. But it still won’t reach the caffeine found in a standard drip coffee. (Or cold brew, which has more caffeine, for that matter.) Even if you’re on the more caffeinated end of the spectrum, you’ll be feeling a different kind of buzz long before the jitters kick in.

Below is a selection of five of our favorite stouts brewed with coffee. Seek them out for a gentle buzz that won’t keep you up past your bedtime! Perennial makes some of our favorite stouts, period. Throw coffee in the mix? The St. Louis brewery hits a homerun every time. You could argue that Perennial’s annual Abraxas coffee variant is a superior beer, but we feel that Sump better showcases true coffee flavors. Pictured above is the 2018 Sump brewed with Ethiopian Roba beans, but any edition of Sump is sure to wow with beautiful dark chocolate, stone fruit, and freshly roasted coffee notes. Mikkeller’s Beer Geek Breakfast is a coffee stout staple. So much so, that you can purchase a kit to replicate the beer at home. Beer Geek Breakfast is a medium-bodied oatmeal stout brewed with coffee. It’s a relatively straightforward beer, but it delivers creamy texture, slightly bitter flavor, and robust coffee aroma–minus the caffeine, of course. Pair with pancakes and bacon for a boozy brunch. Bomb! is another one of our all-time favorite stouts. The stalwart coffee stout from Prairie Artisan Ales has been iterated upon countless times but we always return to the OG for an explosion of flavors. Coffee is the most prominent note but the addition of chocolate, vanilla beans, and ancho chili peppers brings sweetness and a touch of heat to balance out the robust coffee roastiness. Daybreak is easily one of our favorite examples of a non-stout coffee beer. A cream ale brewed with coffee and vanilla bean, Wolf’s Ridge created a trippy experience. The clear, golden beer suggests a fizzy light ale but you’re met by a punch of coffee goodness. The Columbus brewery allows the coffee flavors to take the lead while sweet vanilla flavors soften the harsher edges of this beer. It may feel like you’re getting a caffeine buzz, but, as noted above, you should feel safe enjoying this even in the wee hours of the night. Trillium’s PM Dawn may not be as genre-defining as Bomb! or Beer Geek Breakfast in the coffee stout category. But it’s arguably just as good. While the original is stellar, we prefer the nuttiness of Peanut Butter PM Dawn. Brewed with cold brew coffee and peanut butter, this stout packs a pleasant punch that tastes like a Reese’s cup combined with a refreshing cold brew.

Currently Drinking: Lunch from Maine Beer Co.
Gray is a graduating senior at UNC-Chapel Hill. A self-diagnosed exercise addict, his current fix is running at hours some would say are too early, in shorts everyone would say are too short. He loves wrenching on motorcycles, reading headache-inducing postmodernism, and thinks a fried egg will improve anything. When applying for an internship, little did he know that hand modeling was a part of the job description (someone should have told him to clean under his nails).
Blind Tasting 10 of the Best Stouts (Traditional, Imperial, and Pastry) 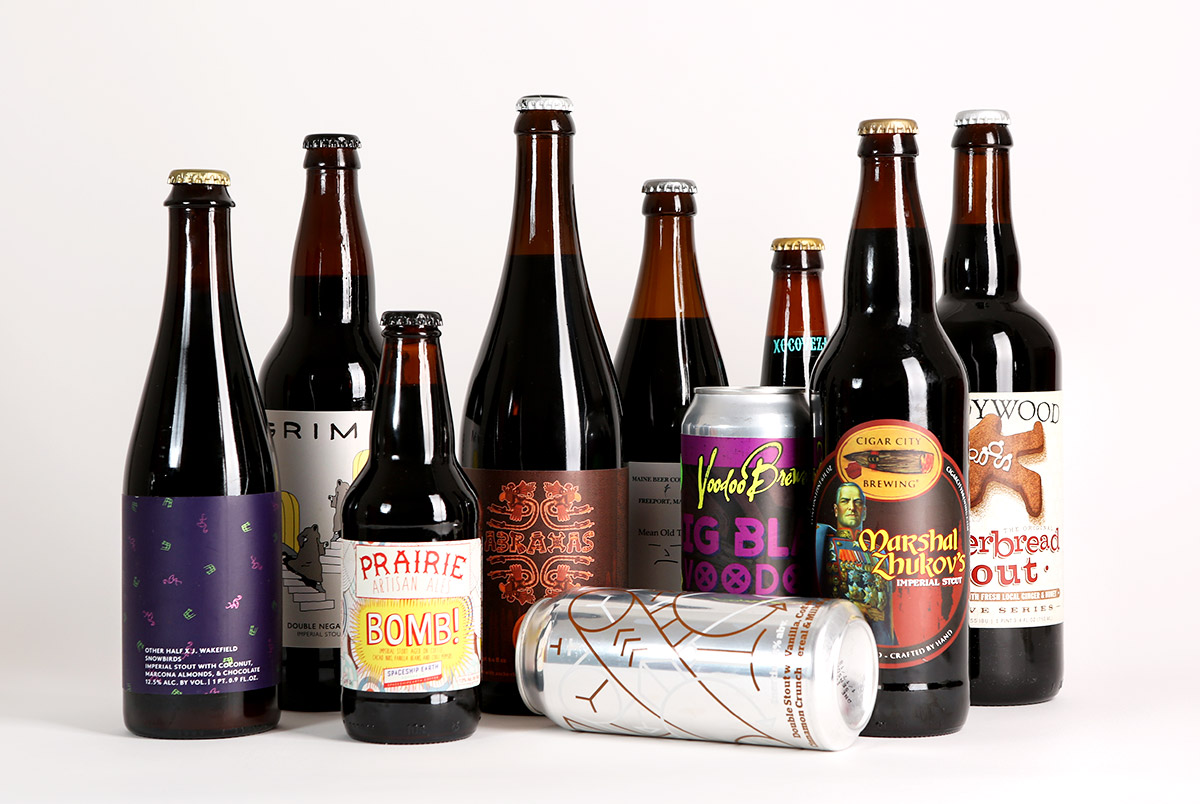